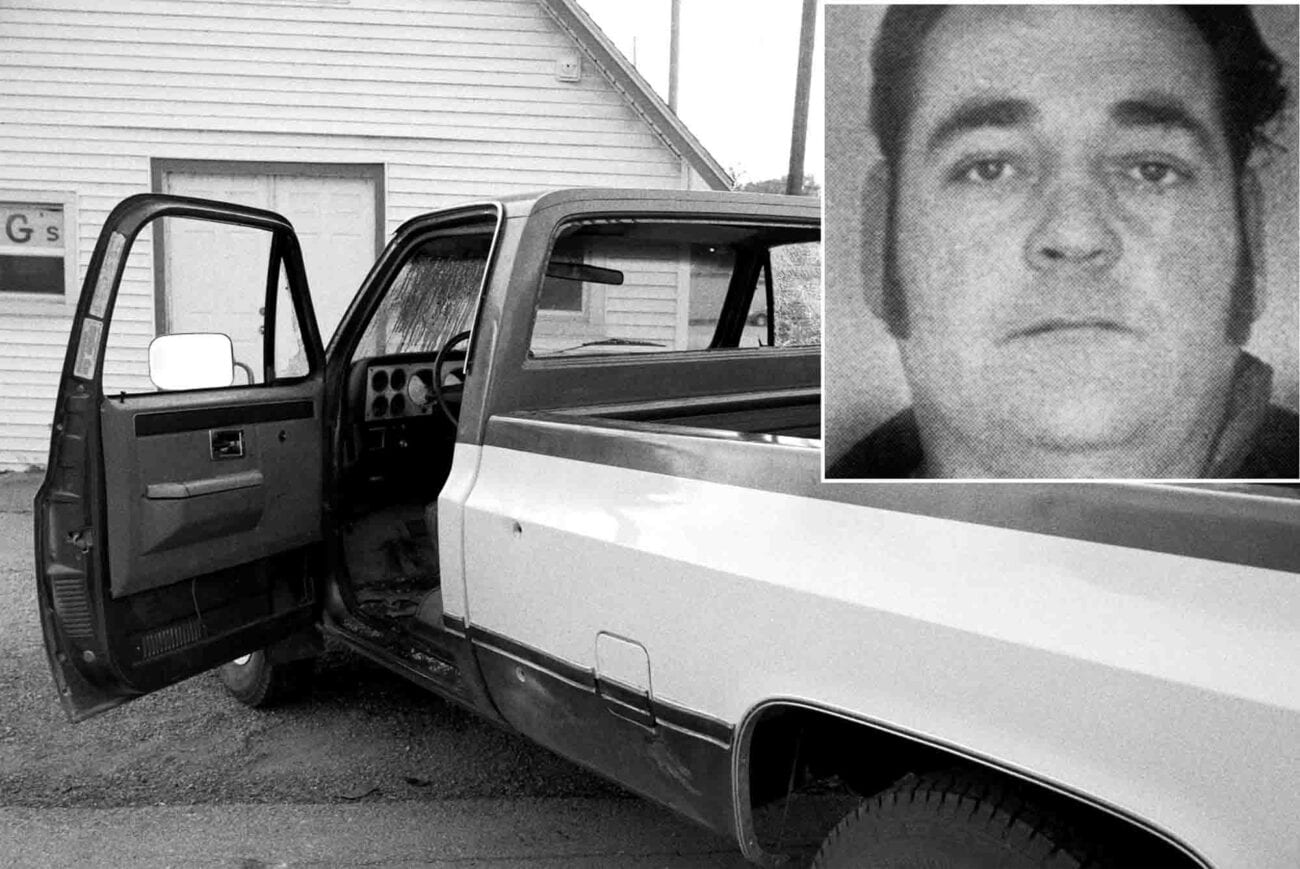 Ken McElroy was like a real life Biff Tannen, in fact, he was worse than the fictional bully. McElroy was a man who went about life as if it were a game of GTA5. He shot his gun when he felt like it, slept with whomever he wanted, and paid little to no consequences for all his crimes.

Some people point to a traumatic head injury as the possible culprit for McElroy’s maladjusted lifestyle. Whether this is the case or not, Ken McElroy terrorized the town he lived in, however one day retribution would end his reign. 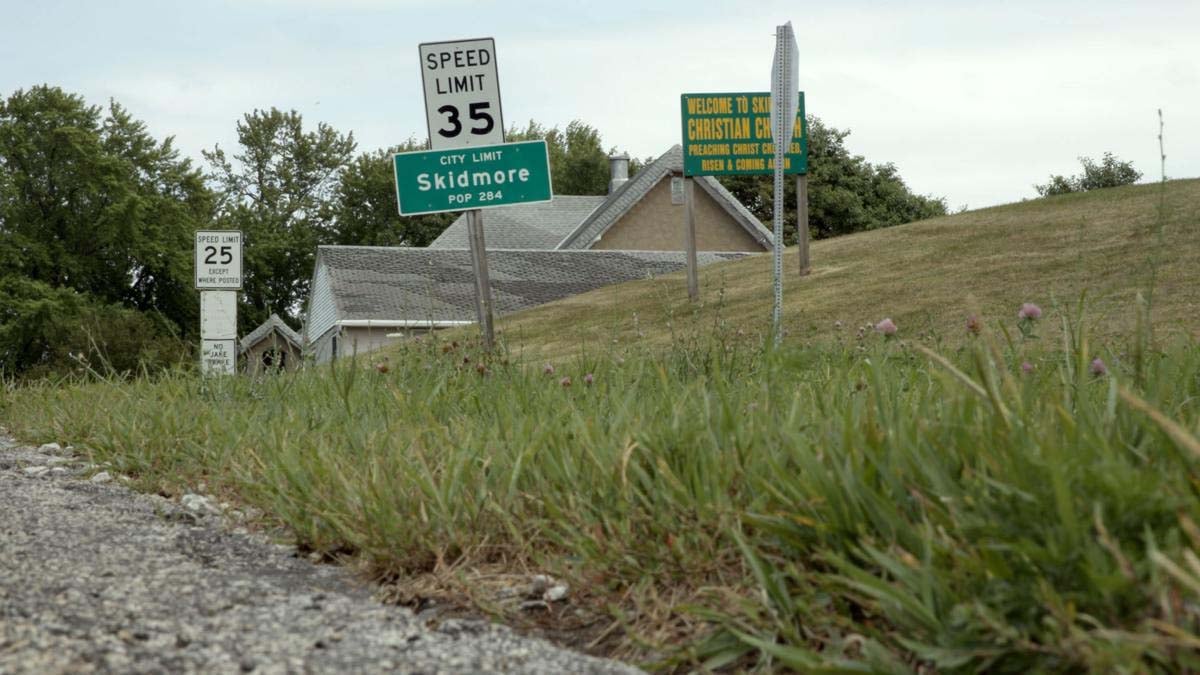 McElroy was born in 1934, he was the fifteenth of sixteen kids – so it really wouldn’t be surprising to find out he didn’t have much supervision. He lived in the small town of Skidmore, Missouri, a farming town which was comprised of only 437 residents.

By the eighth grade McElroy was illiterate and decided to drop out of school.

Then, he began his life of crime. It started with petty crimes or stolen livestock, which, while not great, aren’t the worst things a person can do. However, McElroy would eventually graduate – sadly this graduation was not from school, but to bigger crime. 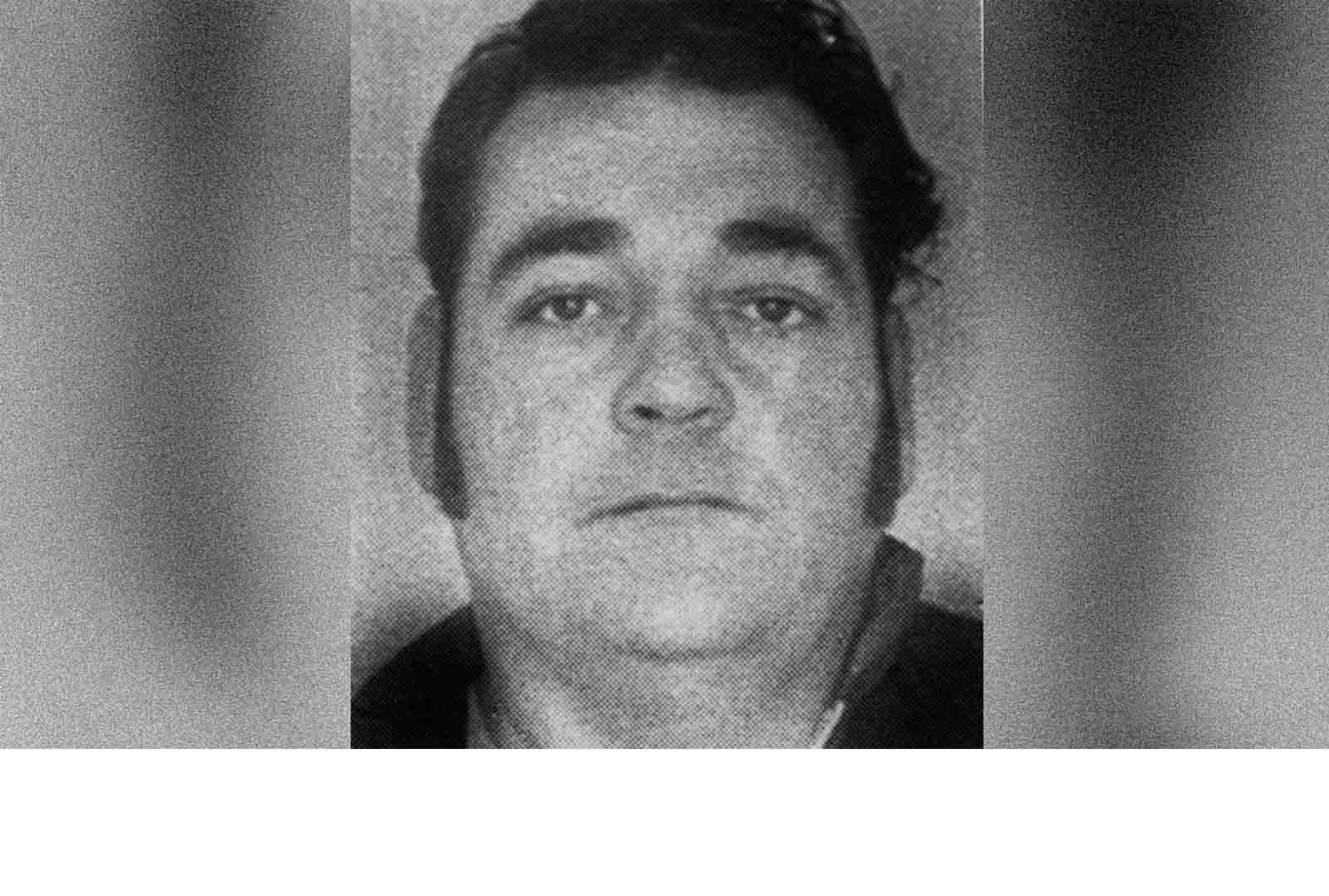 The terror of McElroy

As an adult McElroy was a tall man weighing 270 pounds, which added to his intimidating nature, making him a fearsome man. He made a decent living leasing land – his only legal enterprise.

His not-so-legal enterprises included dog racing & trading, and stealing everything from gasoline, antiques, grain, and more. Everyone knew this, and yet he never stepped foot into a prison. Moreover McElroy was accused of threatening lives, harassing & assaulting women, and shooting at two different people. 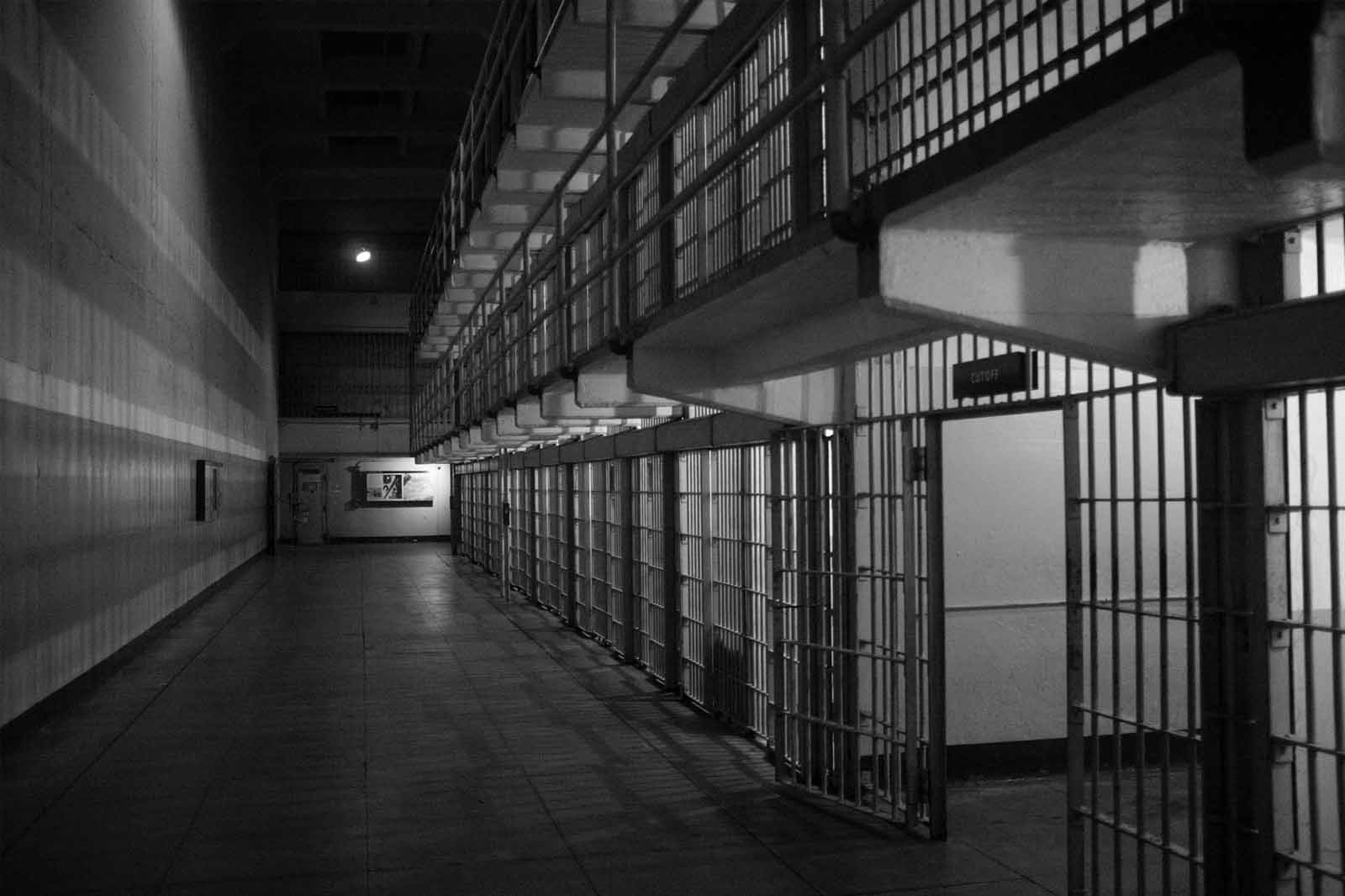 His lawyer (Richard Gene McFadin) was extremely good at getting Ken McElroy out of trouble. Which was no small accomplishment when McElroy was in court approximately three times a year, according to McFadin. Granted, McFadin was also said to defend members of the mob, so he had plenty of practice keeping criminals out of prison.

McFadin wasn’t the only one ensuring McElroy didn’t go to prison, however. Ken McElroy himself was known to intimidate witnesses by stalking them until they refused to testify. 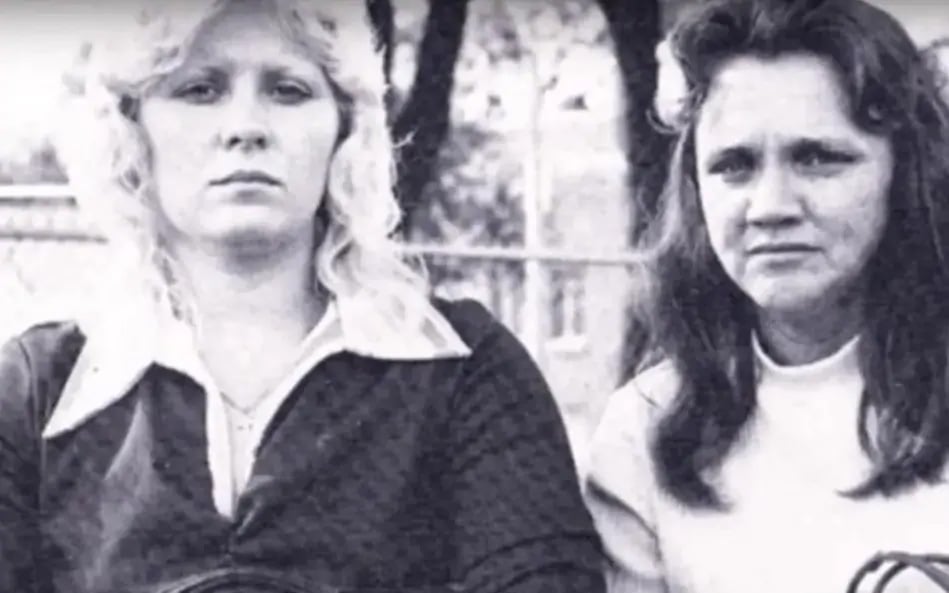 McElroy was also known to have his way with women and girls. He had a total of ten children with various women, and married three. Though, the women he slept with weren’t always women, sometimes they were still girls.

His third wife Trena, was only twelve when the two met, and she was fourteen when she became pregnant. Fearing she would testify against him for having sex with a minor and rape – he married her in an effort to prevent prosecutors from forcing her to testify against him.

It is also believed that McElroy burned down Trena’s family home and shot her parent’s dog in order to prevent her from running away from him. 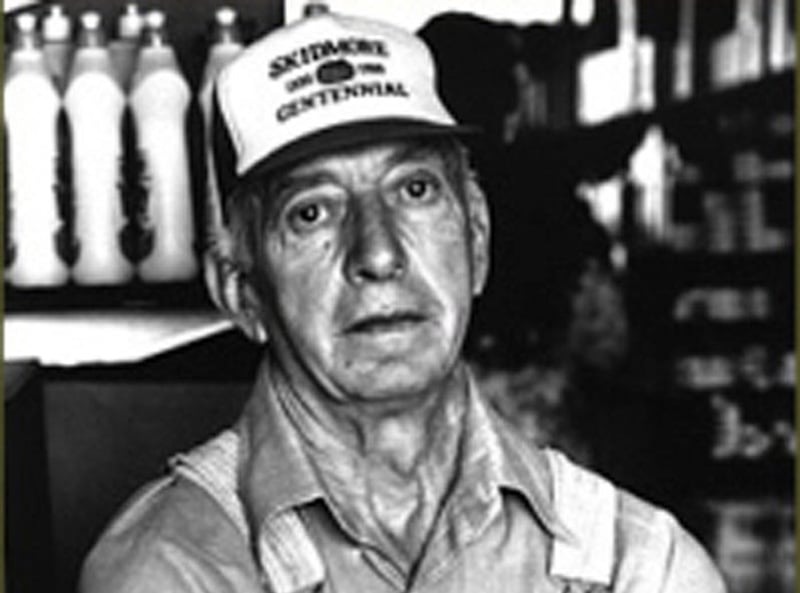 How McElroy went too far

In 1980 one of McElroy’s daughters was in a store owned by the Bowenkamp family. Ernest Bowenkamp saw the little girl with a candy bar and asked her to put it back since it hadn’t been paid for.

Ken McElroy was apparently so angered by this event he began to set all of his terrorizing energy on the Bowenkamps. He would follow them, sit outside their store in his truck, and sometimes fire his gun in the air to scare them.

One day in July McElroy shot Ernest in the neck with a shotgun on the store’s loading dock. Surprisingly, and thankfully, Ernest survived. This crime was the only one to get McElroy convicted, but he still never went to prison. The court had released him pending an appeal. 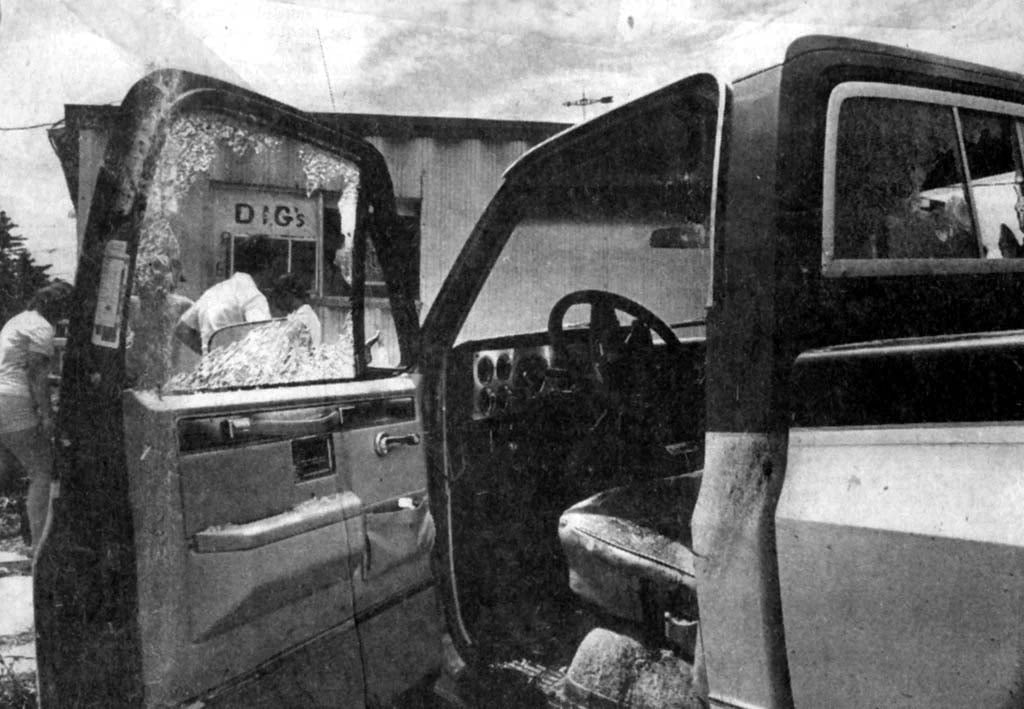 How it all ended

The townspeople had done everything they could to find some justice. They had gone to the governor, the attorney general, and state legislators, and not a single one was willing to lift a finger to help the poor town of Skidmore, Missouri.

One day, the town held a meeting in Legion Hall just down the street from a bar McElroy frequented. It’s believed somewhere around sixty people attended this meeting. The meeting was also said to have had the sheriff and mayor in attendance.

While there are no records of what the meeting subject was, many people believe it was what to do about Ken McElroy. 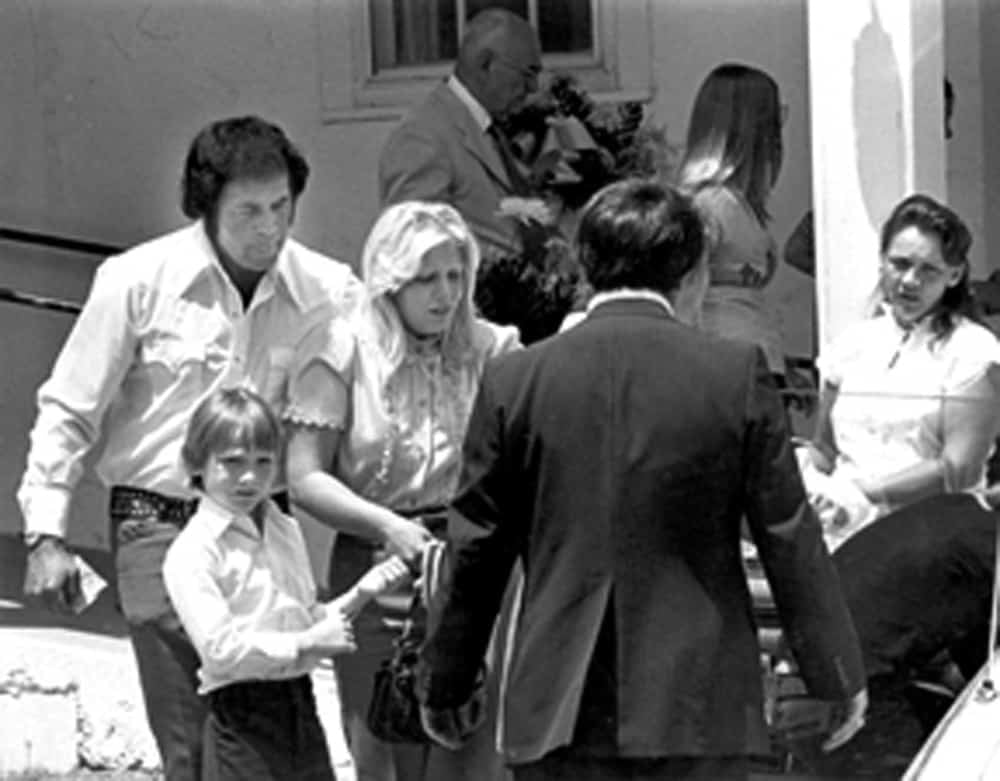 It’s said meeting goers heard news McElroy was down the street at the bar, and this is why the meeting adjourned and attendees headed there. Meeting goers were in and around the bar, and not long after McElroy got into his truck with his wife Trena.

Moments after the man was in his vehicle, he had been shot dead. It’s estimated there must have been at least forty-six witnesses, and yet, the case is still considered unsolved. No ambulance came for the murdered man, and not a single soul testified. Except for Trena – however, her testimony was not enough evidence.

There were two different gun shells found at the scene of the crime, so it’s likely two different people shot at Ken McElroy. Meaning it’s possible even his killer doesn’t know for sure they were the one to finally end the reign of terror.