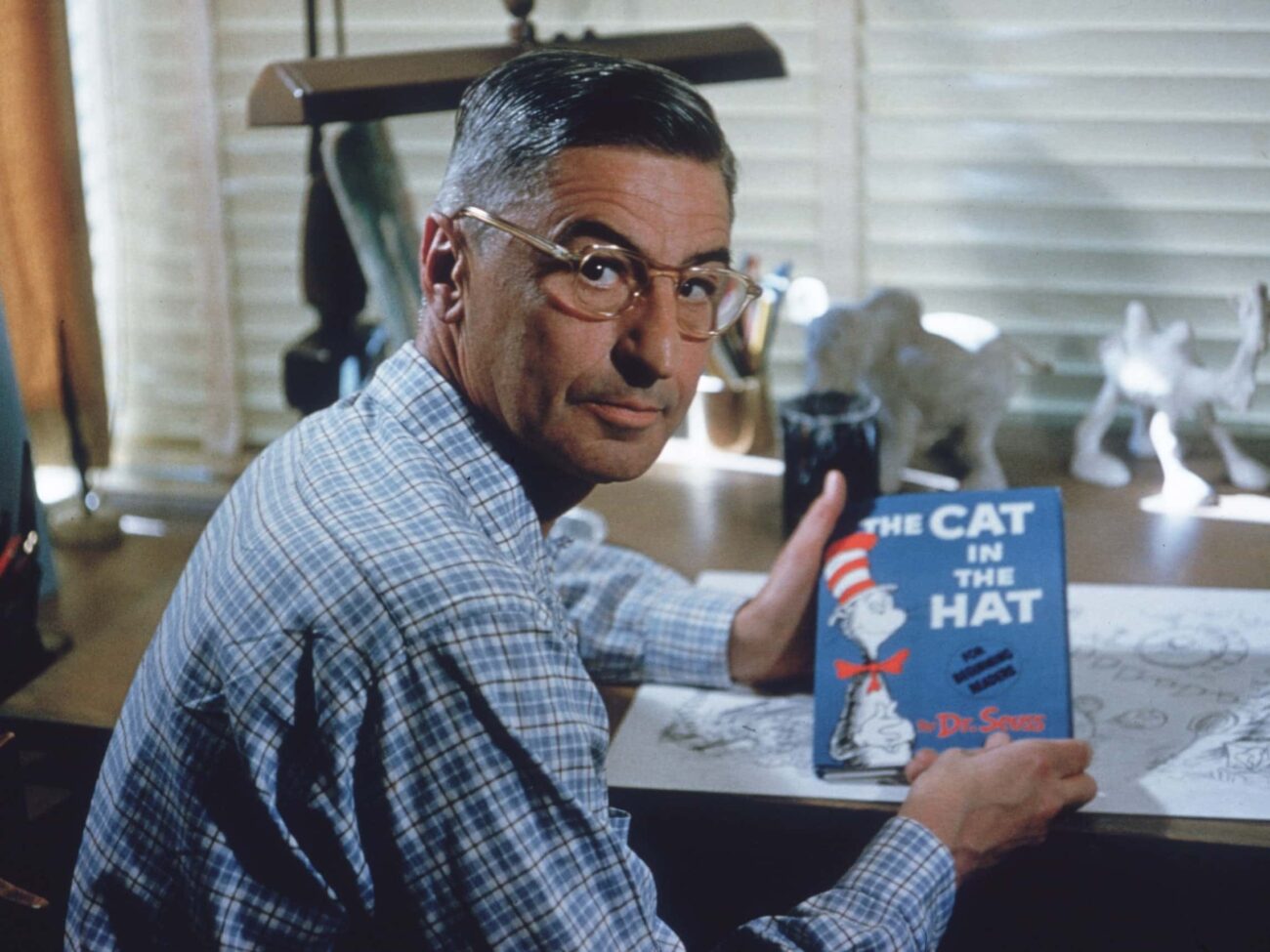 Dr. Seuss: All the characters who are based on racial stereotypes

Are you racist, Sam-I-Am? Just kidding! Green Eggs and Ham hasn’t been cancelled (yet?). However, six other Dr. Seuss books are officially disavowed by his estate due to featuring characters that read as an insensitive portrayal of certain minorities. Could they be among your favorites? Let’s hope not. But let’s also hope you can get over it if one of them is, because this is a done deal, dear friends. 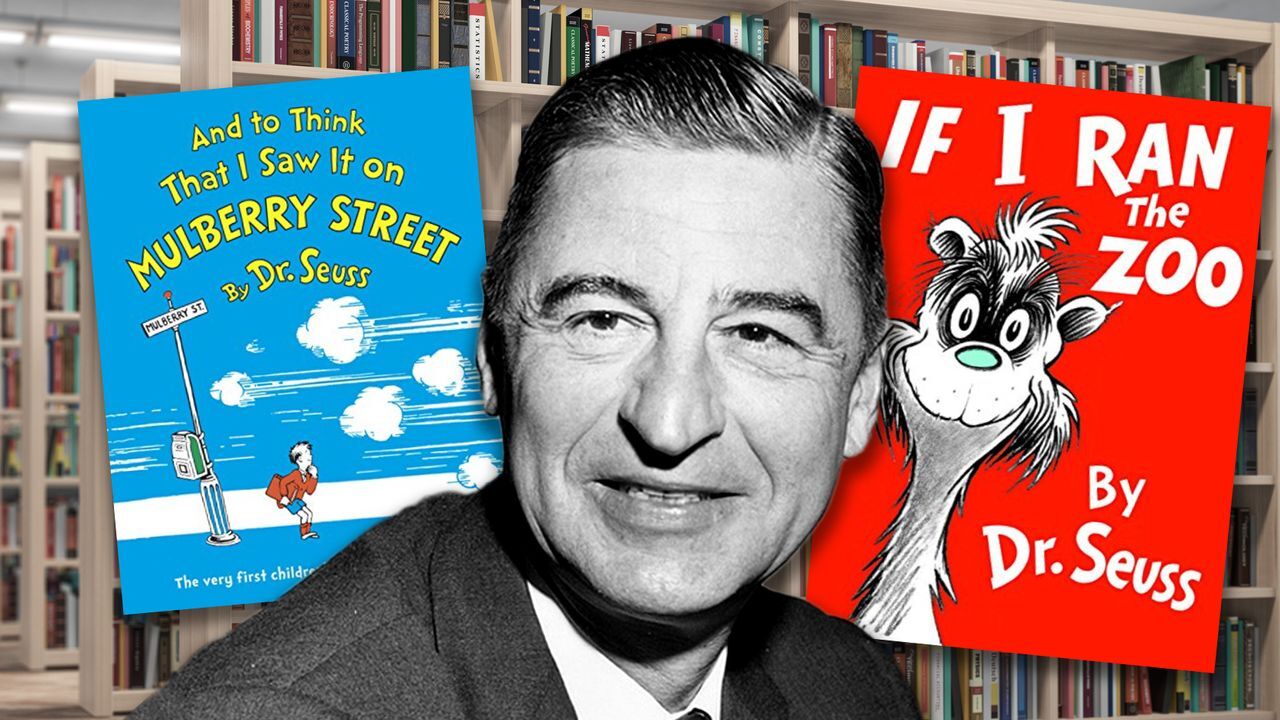 Dr. Seuss would’ve turned 117 today. It’s easy to keep track of his age because we generally celebrate Read Across America Day on the beloved author’s birthday. While that will probably continue to be the case in the future, the 2021 celebration has been marked by Dr. Seuss receiving a very public slap on the wrist – and it came courtesy of the entertainment company that manages the late writer’s estate.

Dr. Seuss Enterprises has decided it will stop publishing the following books: And to Think That I Saw It on Mulberry Street, If I Ran the Zoo, McElligot’s Pool, On Beyond Zebra!, Scrambled Eggs Super!, and The Cat’s Quizzer. In a statement, the company explained they came to the decision after consulting with a panel of experts – including educators.

“These books portray people in ways that are hurtful and wrong,” explained Dr. Seuss Enterprises in their statement, while also reminding the public that the company’s mission is to support all children and families with “messages of hope, inspiration, inclusion, and friendship.” Certain characters in Dr. Seuss’s books no longer cut the mustard when it comes to that mission statement. 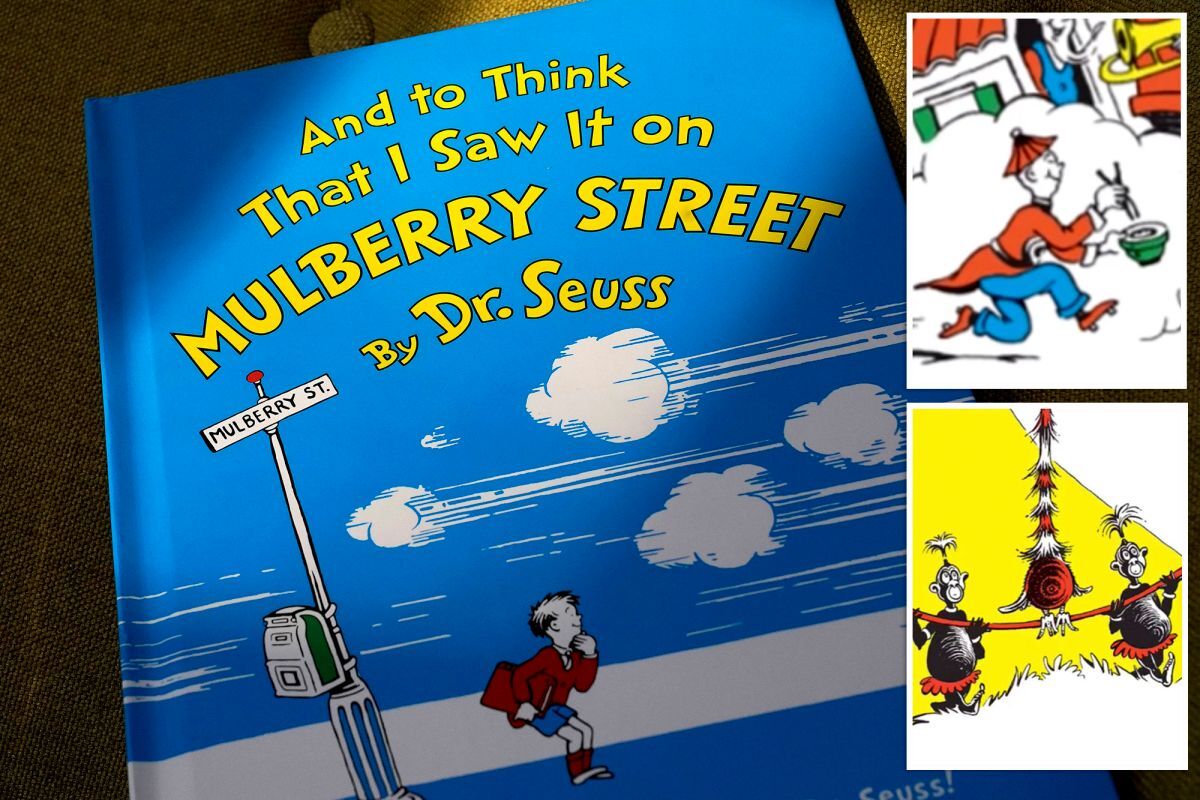 Dr. Seuss’s so-called cancellation can’t really be a surprise to any true Seuss aficionado. In 2019, the journal Research on Diversity in Youth Literature published a study that did a pretty thorough job of pointing out the problematic images in the author’s work. The study was ominously titled “The Cat is Out of the Bag: Orientalism, Anti-Blackness, and White Supremacy in Dr. Seuss’s Children’s Books”.

Some of the Dr. Seuss characters flagged in the study include a Japanese man (only referred to as “Japanese”) in The Cat’s Quizzer drawn with a bright yellow face and standing on what appears to be Mount Fuji. There’s also that bit in If I Ran a Zoo where a white man proclaims he’s going to put a person of color wearing a turban on display in his zoo. Yeah, maybe that guy shouldn’t run a zoo after all.

The study went through fifty Dr. Seuss books and found forty-three characters of color that showed “characteristics aligning with the definition of Orientalism.” Not wanting to be confined to only offending Asians, the Doc also depicted two “African” characters with anti-Black characteristics, their roles presented as “subservient, exotified, or dehumanized.” 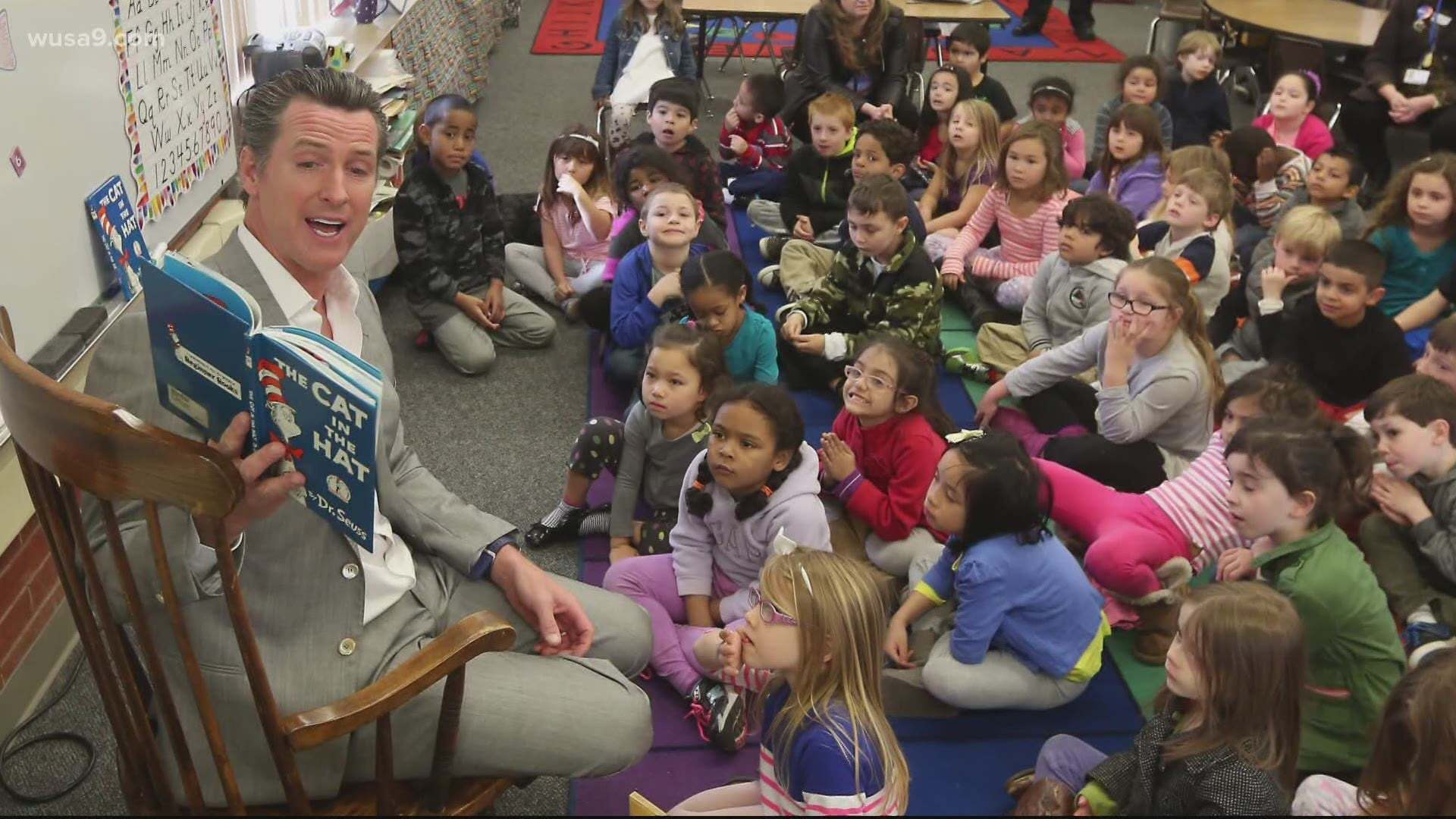 Look, we’ve all heard “it was a different time” before, and we’ve heard it often. Back when Dr. Seuss described Asian characters as “helpers who all wear their eyes at a slant” from countries no one can spell”, people thought it was cute. Same as when he called an Asian man holding chopsticks a “Chinaman who eats with sticks.” It wasn’t insensitive then, but, you know, “it was a different time”.

Catching up with the times means Dr. Seuss and his characters join other popular children’s series that have faced allegations of racism in recent years. We’re looking at you, Curious George & Little House on the Prairie. And much like with those other series, it’s unlikely the awareness of problematic portrayals in the books will actually have much of an impact in sales.

Currently, racist characters and all, Dr. Seuss remains the second-highest paid dead celebrity (Michael Jackson is number one, in case you’re wondering), which is a pretty impressive title to boast. In 2020 alone, Dr. Seuss’s estate brought in $33 million – although, of course, it had that Green Eggs and Ham Netflix movie helping along. Odds are the six cancelled books won’t really be missed. 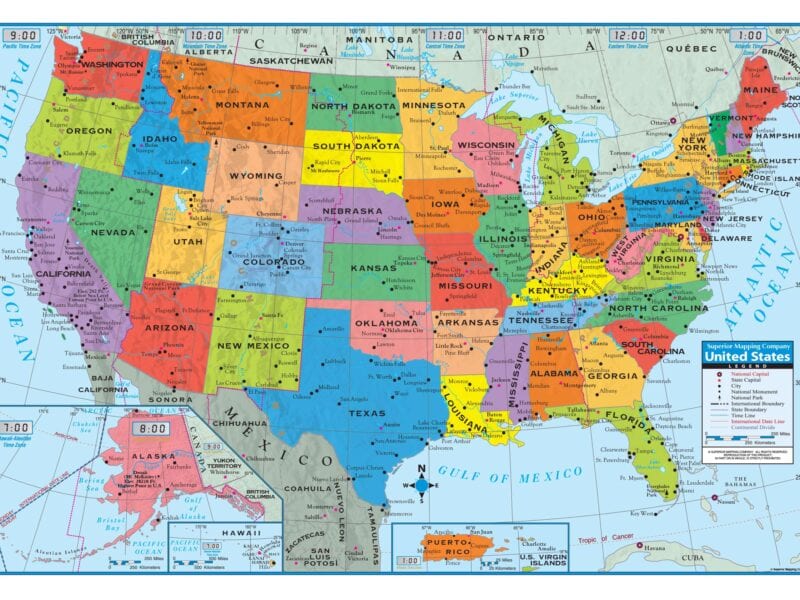 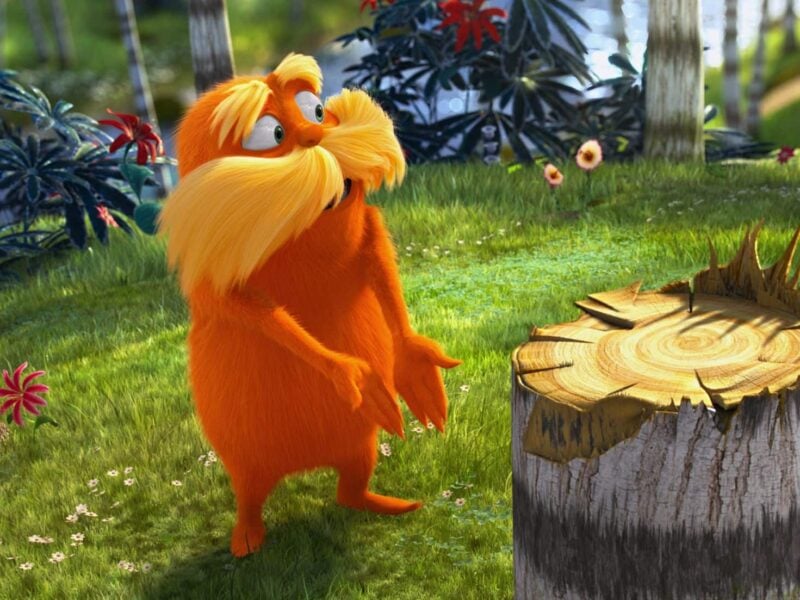 Remember ‘The Lorax’ movie? It’s full of memes – here are the best ones