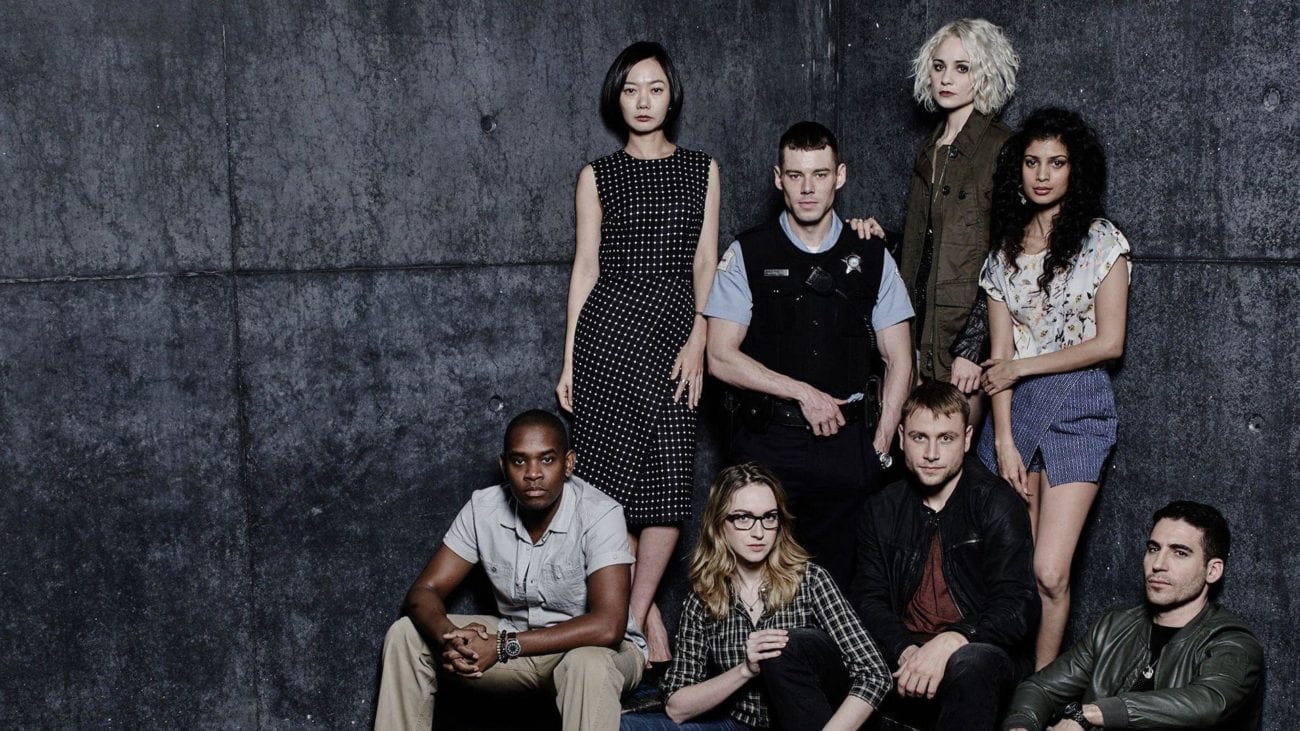 Netflix aired the two-hour finale of its beloved sci-fi show Sense8 on June 8th, 2018: a bittersweet day for fans (or Sensates as they’re now known) following an online campaign for its return that was so loud that the cluster could hear it from the other side of the globe. Fans of the Wachowskis’ Sense8 were devastated when Netflix axed the sci-fi drama after just two seasons, having embraced it so lovingly for its dogged dedication to diversity, representation, and unique storytelling.

At the time, vice president of Netflix original content, Cindy Holland, declared: “After 23 episodes, 16 cities and 13 countries, the story of the Sense8 cluster is coming to an end. It is everything we and the fans dreamed it would be: bold, emotional, stunning, kick ass, and outright unforgettable.

“Never has there been a more truly global show with an equally diverse and international cast and crew, which is only mirrored by the connected community of deeply passionate fans all around the world. We thank Lana, Lilly, Joe and Grant for their vision, and the entire cast and crew for their craftsmanship and commitment.”

Dear @AmazonVideo
Do you want to become part of the most colorful and inspiring story on TV? #SaveSense8 https://t.co/UCOcutpO4F

Holland revealed the decision to scrap Sense8 was purely business, suggesting the show didn’t attract enough viewers to support the high production cost. “At some point if you don’t have the viewership showing up to justify the expense of the series, you’re going to want to end it.”

Proving the power of fandoms is alive and well, the cancellation sparked an epic grassroots campaign to save the show and social media became awash with statements, posts, and gifs of grieving fans who refused to allow their show to just fade away without an ending.

With hashtags such as #SaveSense8, #RenewSense8, and #BringBackSense8, fans begged for the streamer not to leave the story unfinished following a cliffhanger ending on S2. The message was clear – the Sensates were not ready to bid the cluster adieu.

Please know this would be our last most effective effort to gain more fans as Lana had hoped. If we get Special views at a record high, Netflix has no argument against Season 3. Please comment #SAVESENSE8 if you would like to participate once the special debut date is announced. pic.twitter.com/eit1Qs9XYB

@sense8united @Global_Cluster @IAmWeCampaign @netflix @sense8 The viewing party is TOMORROW I'm so excited and i hope we can get a massive number watching with us. There will be a live feed on my page here while we watch the show. #SaveSense8 pic.twitter.com/FSJZePL8Xz

As has been proven by previous online save campaigns for shows like One Day at a Time and Brooklyn Nine-Nine, both of which were saved following rabid online outcries following their cancellation, there is power to be found in the hashtags. If enough noise is made, eventually a network will listen.

This rang true to some extent, as Lana Wachowski announced at the end of June 2017 that Netflix would give their team one more special to wrap everything up. “Improbably, unforeseeably, your love has brought Sense8 back to life,” Wachowski wrote in a statement.

“(I could kiss every single one of you!). It is my great pleasure, as well as Netflix’s (believe me, they love this show as much as we do but the numbers have been challenging) to announce that there will be another two hour special released next year.” 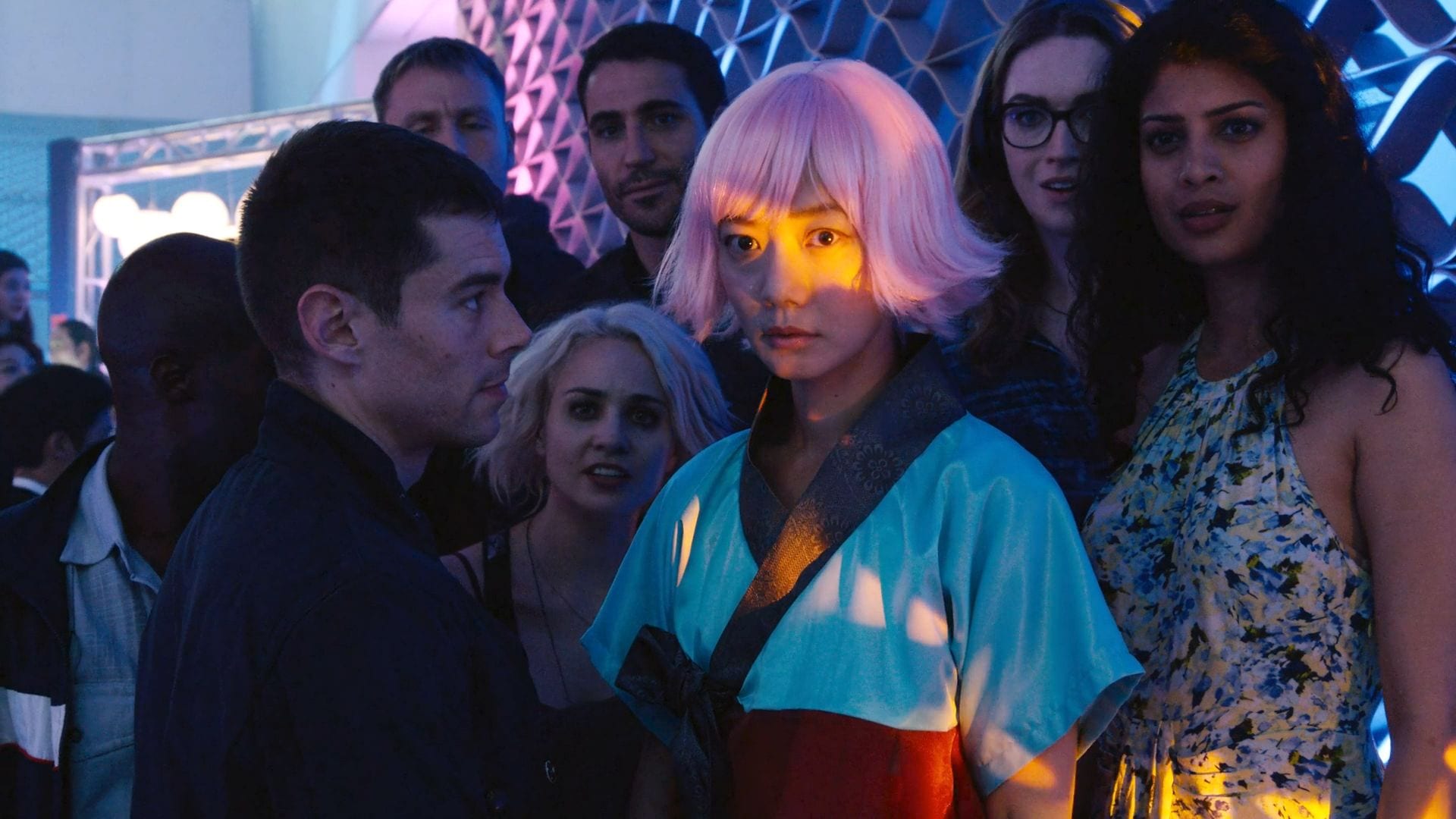 But perhaps there was an underlying dissatisfaction from the Sensates here, one that could not be brushed under the rug no matter how epic the two-hour finale turned out to be. The central theme of the show is a sort of incredible empathy. It involves eight people dotted across the world who share a consciousness and are therefore, in a sense, each other. The storyline is a celebration of acceptance and diversity, ignoring gender, race, sexuality, and societal constructs that divide people into categories.

In this way, Sense8 was like nothing ever seen before on a streaming site and to assume its dedicated fans, who embarked on one of the most epic save campaigns in TV history, would be satisfied with this two-hour ending is almost insulting. 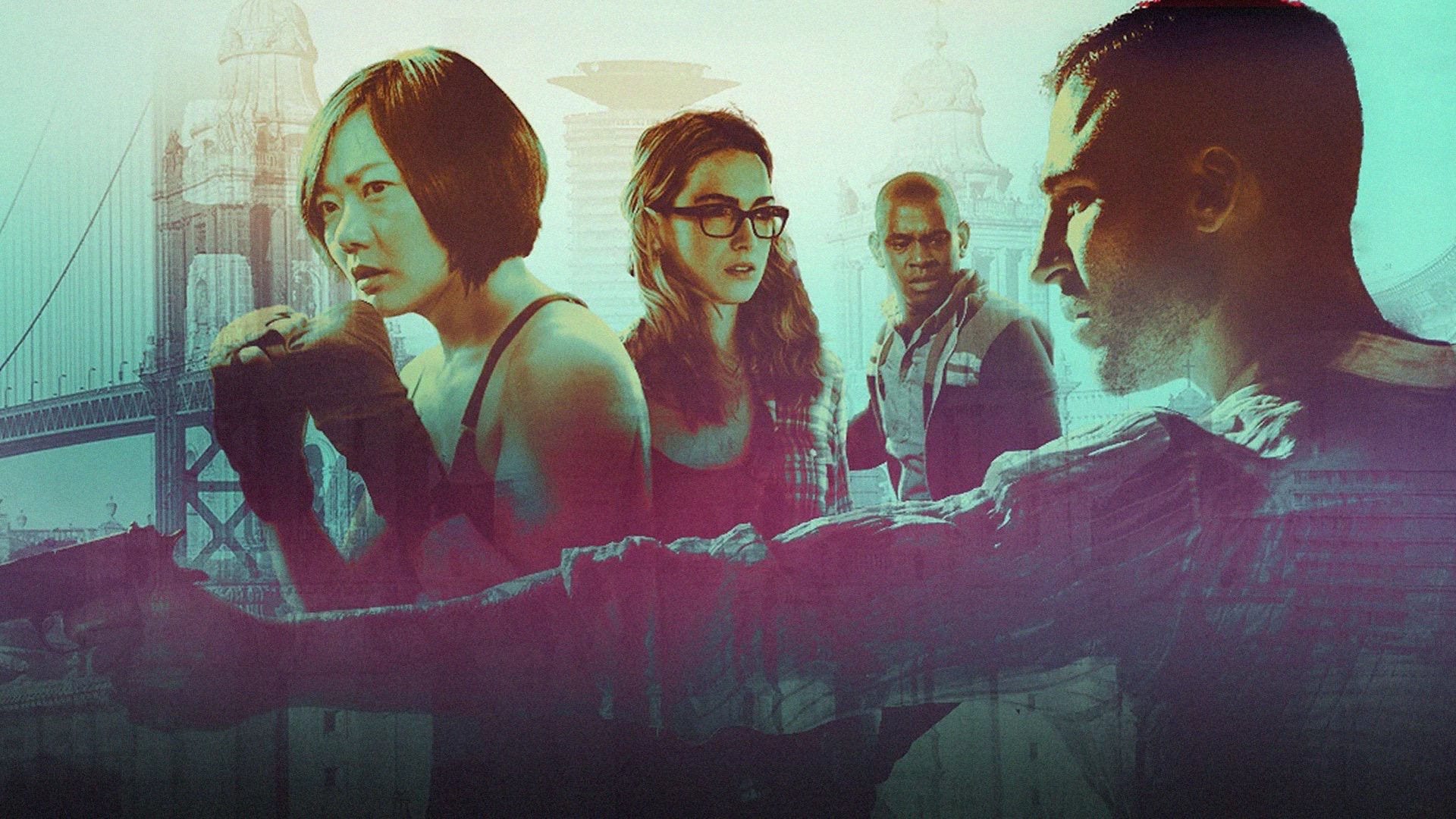 Diversity aside, the show itself was likened to Lost for its intricate and interlocking story that spans both time and place while maintaining emotional and thematic cohesion. It’s a gripping show and one that allowed the Wachowskis to once again prove their world-building skills, serving up eye-popping visuals and high-octane action sequences.

As the two seasons progressed, it continued to focus on the fight between the cluster of Sensates while also ensuring each culture was purposefully represented throughout.

The bottom line is this show was one of the most progressive on TV and the outcry from its fans suggests the finale did not serve a satisfying closure. In fact, fans are still lobbying for a third season. “The initial rejoicing of that conclusion seems to have worn off, though, and fans are now launching a second feverish campaign in a final effort to save their favorite show,” noted Pop Culture.

Best 2 and a half hours of my life. I don’t care how but there NEEDS to be another season of this show. The finale was incredible 😍 #Sense8 pic.twitter.com/DWI86hxyvT

Don't you just feel your heart smile everytime you see them like this? We need more of them, we want to see their stories that are left untold!
Bring them back @netflix! #WeWantSense8Season3 pic.twitter.com/e1ovnVTDRR

In a bid to find new fans and prove to Netflix the show’s lasting popularity, the Sensates are now planning a global rewatch on August 3, the last Friday before the 8th, which marks the birthday of Will, Riley, Wolfgang, Kala, Capheus, Sun, Nomi, and Lito, albeit in different countries and cities around the world.

Spreading the message via the hashtag Sense8BdayRewatch, fans are hoping to spark a mass rewatch and therefore make a unified statement to Netflix and the world regarding their commitment to bringing back the cult sci-fi show.

Kate Harris, a Sense8 campaigner from the US, said the global rewatch is important for a couple of reasons: “One, watching the special episode again will remind everyone of just how many stories there are left to be told, that we’re nowhere near a finale just yet, and secondly, watching it together deepens our connection to each other. That might sound like a strange statement, but that’s what Sense8 does – it connects us on a very human level.” 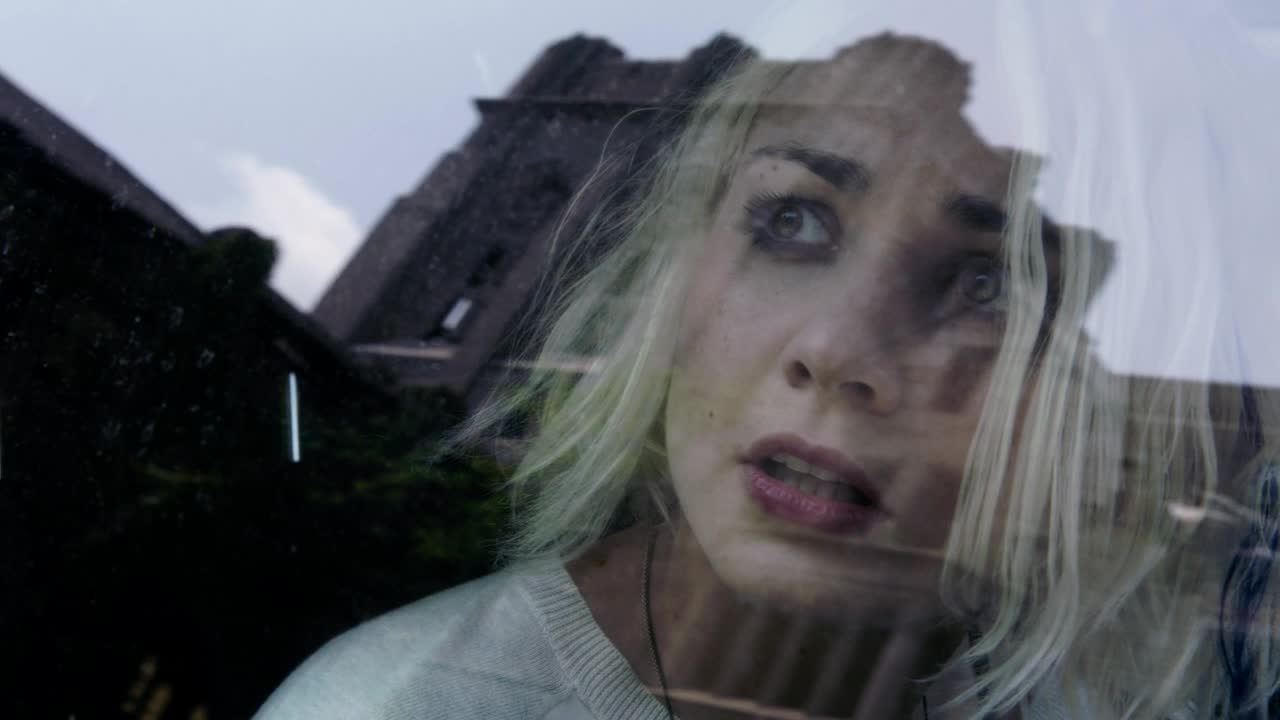 It’s unclear whether the Sensates will succeed in convincing Netflix to bring back the show for a third season. Although save campaigns have seen success in the past, the odds are down now that the finale’s been and gone.

Regardless of the outcome, what it does prove is that viewers across the globe are hungry for diverse storytelling, so much so that they’re willing to stick by the show that provides it to them through thick and thin. The power of fandoms is alive and well and as the save campaigns rage on against unjustified cancellations, the fight for their return continues, one hashtag at a time. 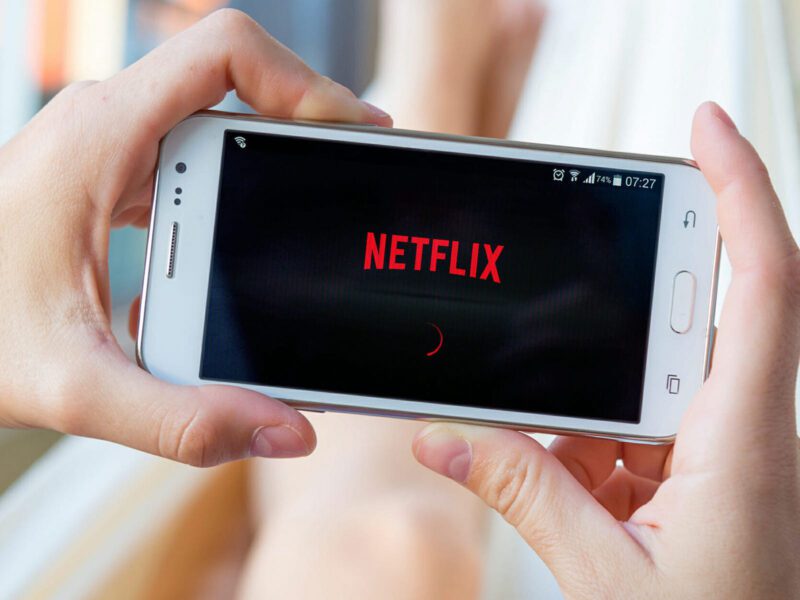 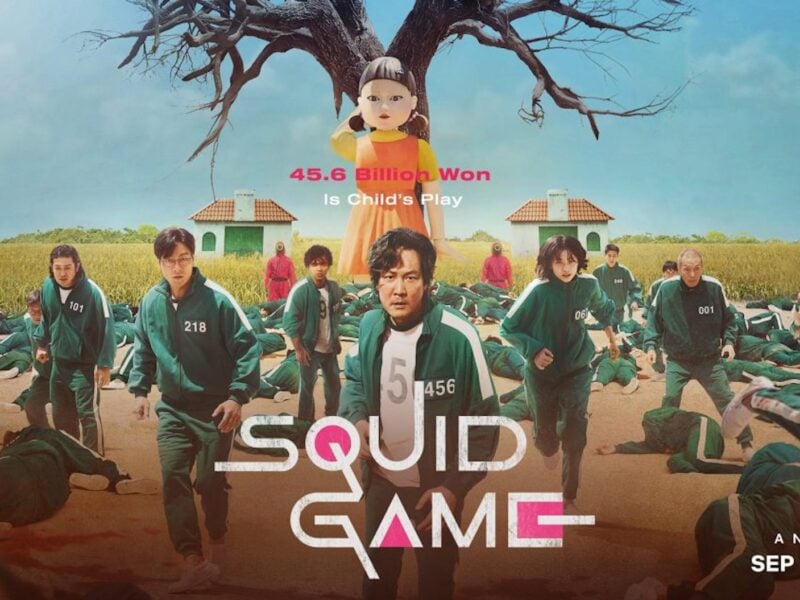