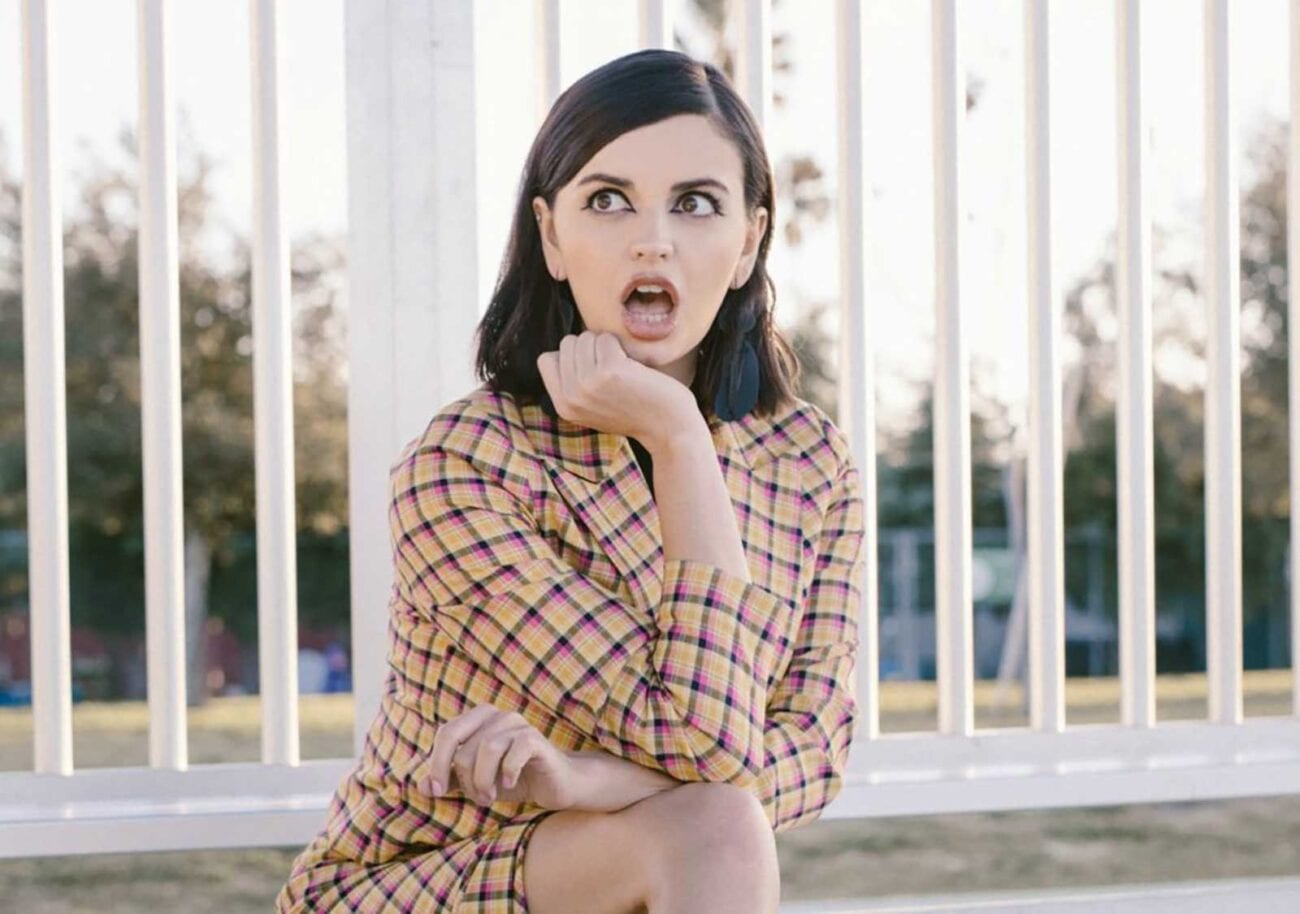 Rebecca Black of “Friday” fame: Is the singer actually antisemitic?

If you were a tween in the early 2010s there’s no doubt you remember when the shudderingly bad music video called “Friday” by singer Rebecca Black went viral. The cringe levels were off-the-charts and we were loving it. Despite the song’s irrefutable atrociousness, it rose in ranks as one of the most popular songs.

With killer lines like, “Tomorrow is Saturday and Sunday is afterwards,” along with Rebecca Black’s nasally inflection on the repetitive word “Friday,” everyone was thrilled to laugh at the trainwreck song and sing along. But many stars who face such mass embarrassment online don’t always make it out unscathed. 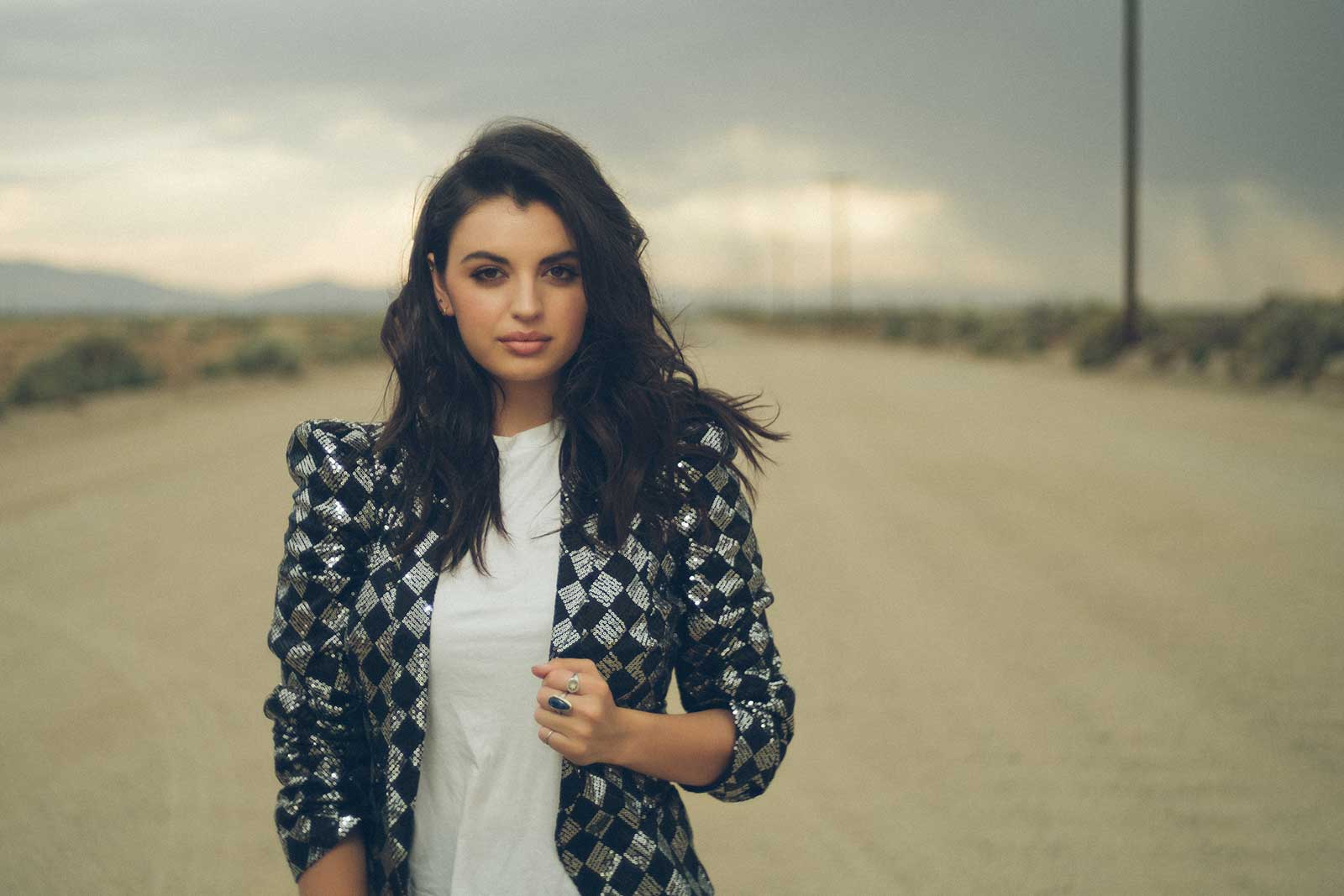 Black dropped out of school and faced harassment online and on the streets. Does the rich girl regret having her parents pay $4,000 to produce “Friday”’s song and video – who knows. Fame is fame. The spotlight ain’t always easy. But is her struggle with fame what pushed her to become insensitive & naive or does she come by that naturally?

Recently, Black has made us cringe once again as an old video of her joking about the Holocaust has now gone viral – just like “Friday” – but now its cringiness is on a whole new level. In the clip, Rebecca Black is with YouTube star Shane Dawson and the two of them awkwardly make insensitive jokes about Holocaust and laugh at themselves for doing so. This interaction, no question about it, is an example of flippant antisemitism. 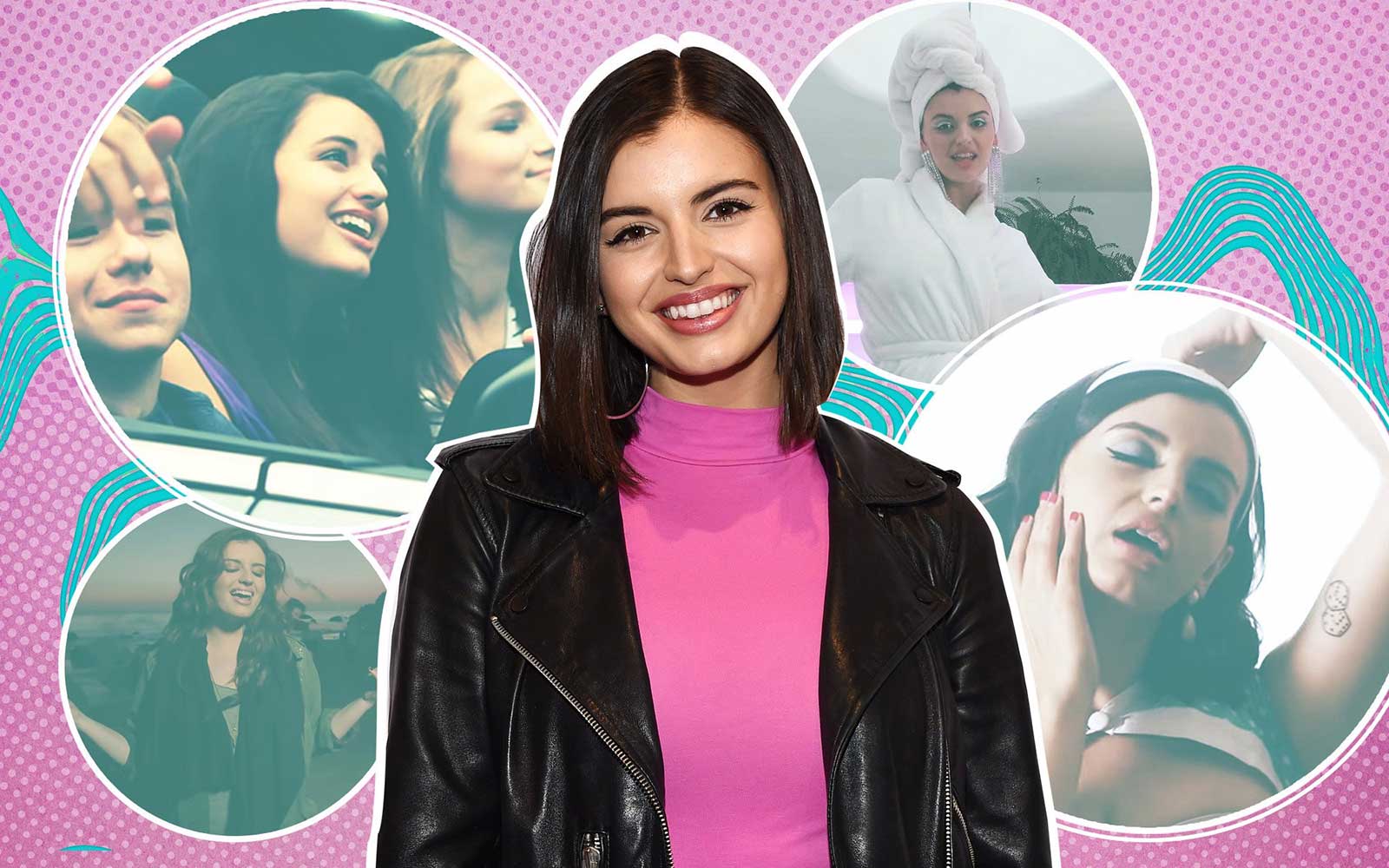 What were Black & Dawson thinking?

Here’s what happened in the clip: Playing some “guess the word on my forehead” game, Shane Dawson pulls out a piece of paper with “The Holocaust” written on it and has Black act it out so that he can guess what’s on the paper.

A bit panicked and giggling, Black attempts to act it out with strange hand gestures. Dawson guesses, “Big vagina. Khloe Kardashian’s vagina.” Black says “no” and Dawson keeps at it: “Is it a vile video? Is it Friday?” To which Black responds, “I mean, I’m sure things like it happened on Fridays but . . .”

This strange comment prompts Dawson to look at the paper, acts scandalized, and says, “Now every time I think of Friday I’m going to think of this.” He then starts to sing “Friday” and says, “Girl somebody save me.” Their insensitivity for mocking the holocaust is incredibly disturbing. You should see it yourself – it’s total yikes material and an example of racism that needs to be exposed right now. 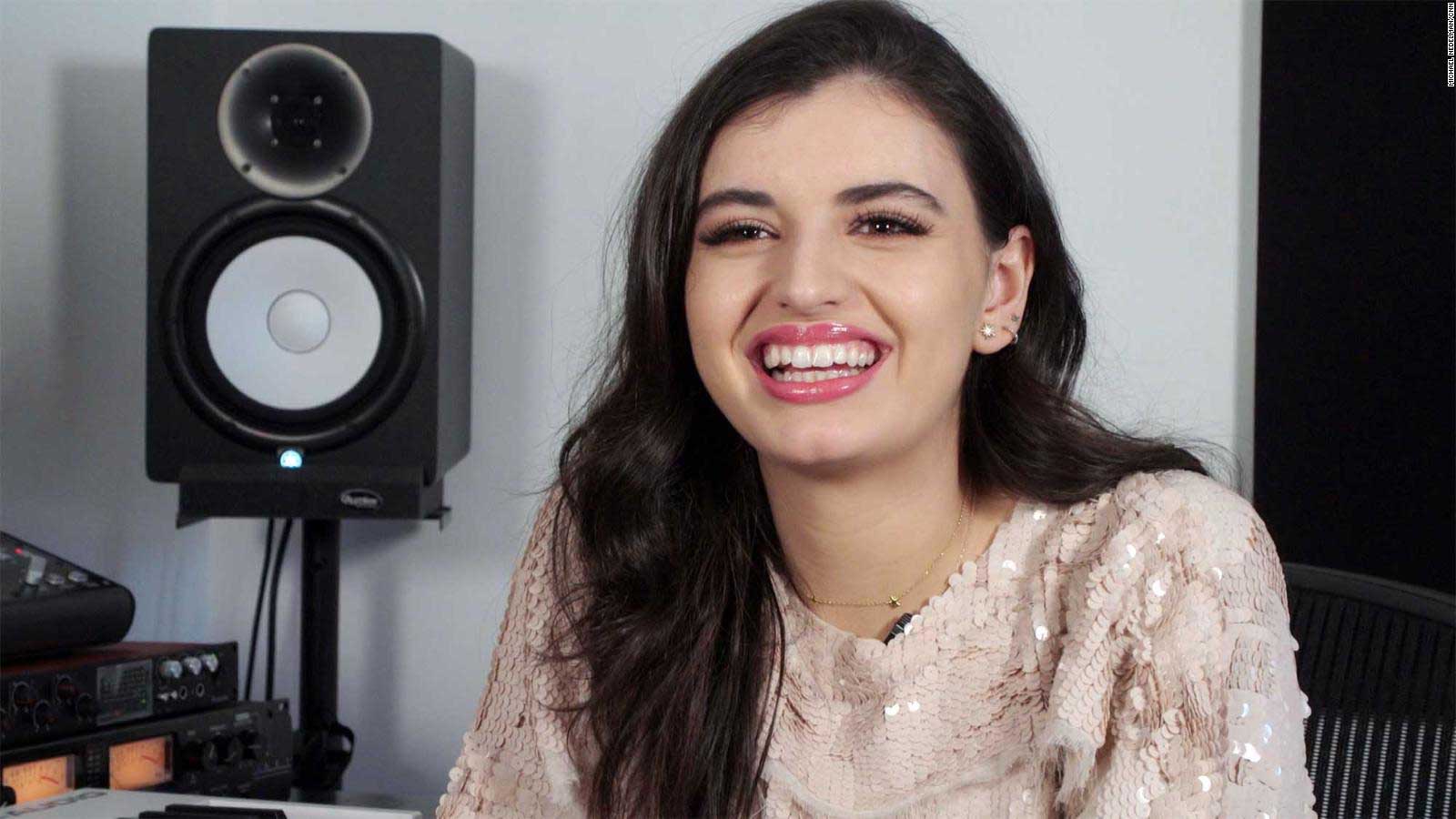 While Black & Dawson’s behavior is not okay in any possible way – we can’t help but wonder who would go along with this? If you think about it, “The Holocaust” as a card to guess in the game should not even have been in that mix. It was just asking to be made fun of because that’s the whole sentiment of Dawson’s show – be offensive and make fun of everything.

Though they’re both responsible, perhaps Shane Dawson should be getting more heat on this incident than Rebecca Black. Black is only sixteen in the clip – she’s a young, flustered celebrity trying to play it cool while she’s on the hot seat joining Dawson to give her more promotional content – not unlike a celebrity on a Late Night show. 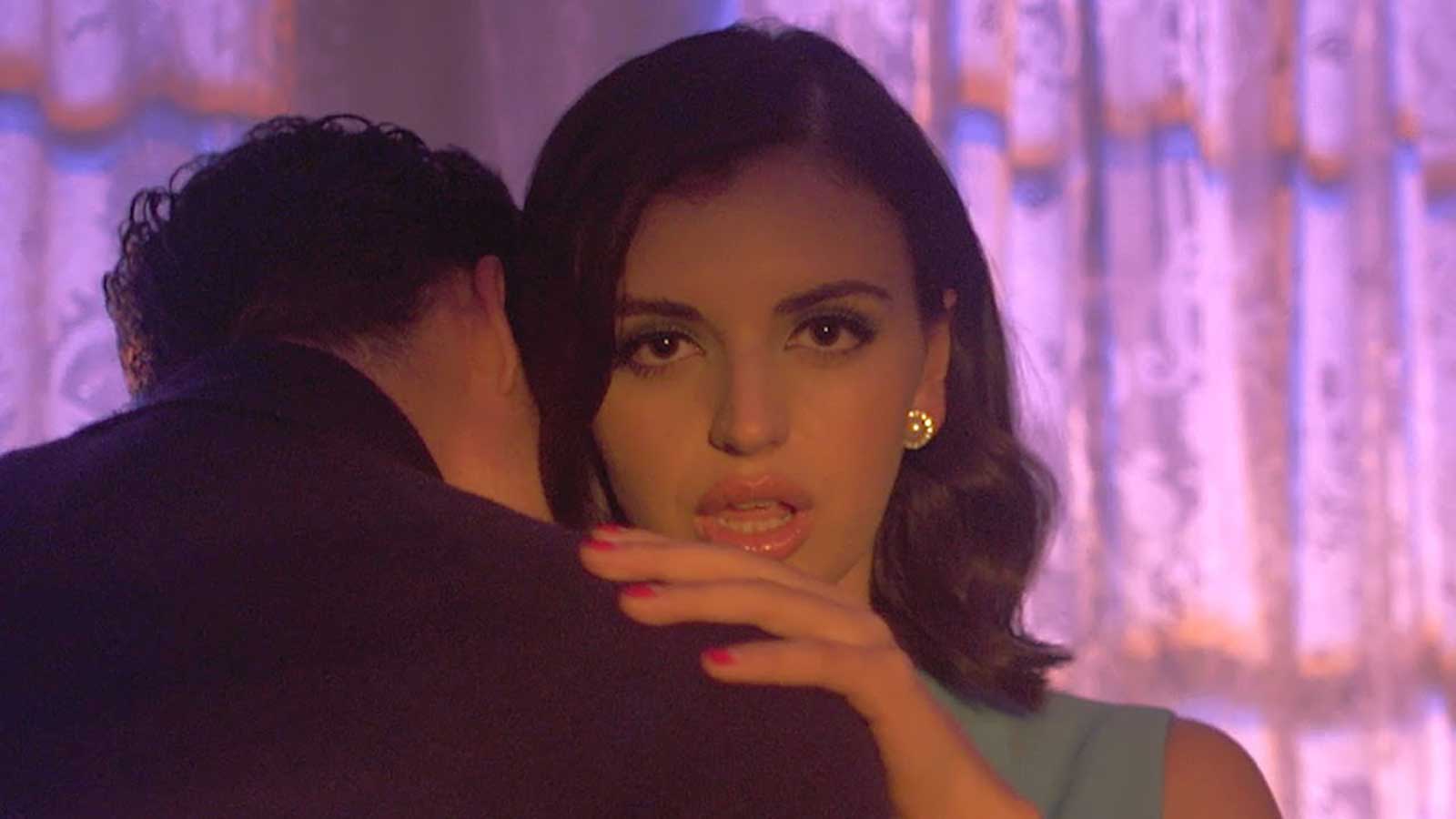 Twitter user Katarina defends Black saying, “She looks very young there and uncomfortable. I don’t blame her and she probably wasn’t expecting any of that. She was probably just trying to work with a big YouTuber to get her channel heard about.”

It’s possible that Black didn’t know how to react and thus resorted to echoing Dawson’s popular sentiment on his show. Not to mention, inappropriate & offensive jokes were pretty rampant and people got away with it in the 2010s – many still learning how to be politically correct. 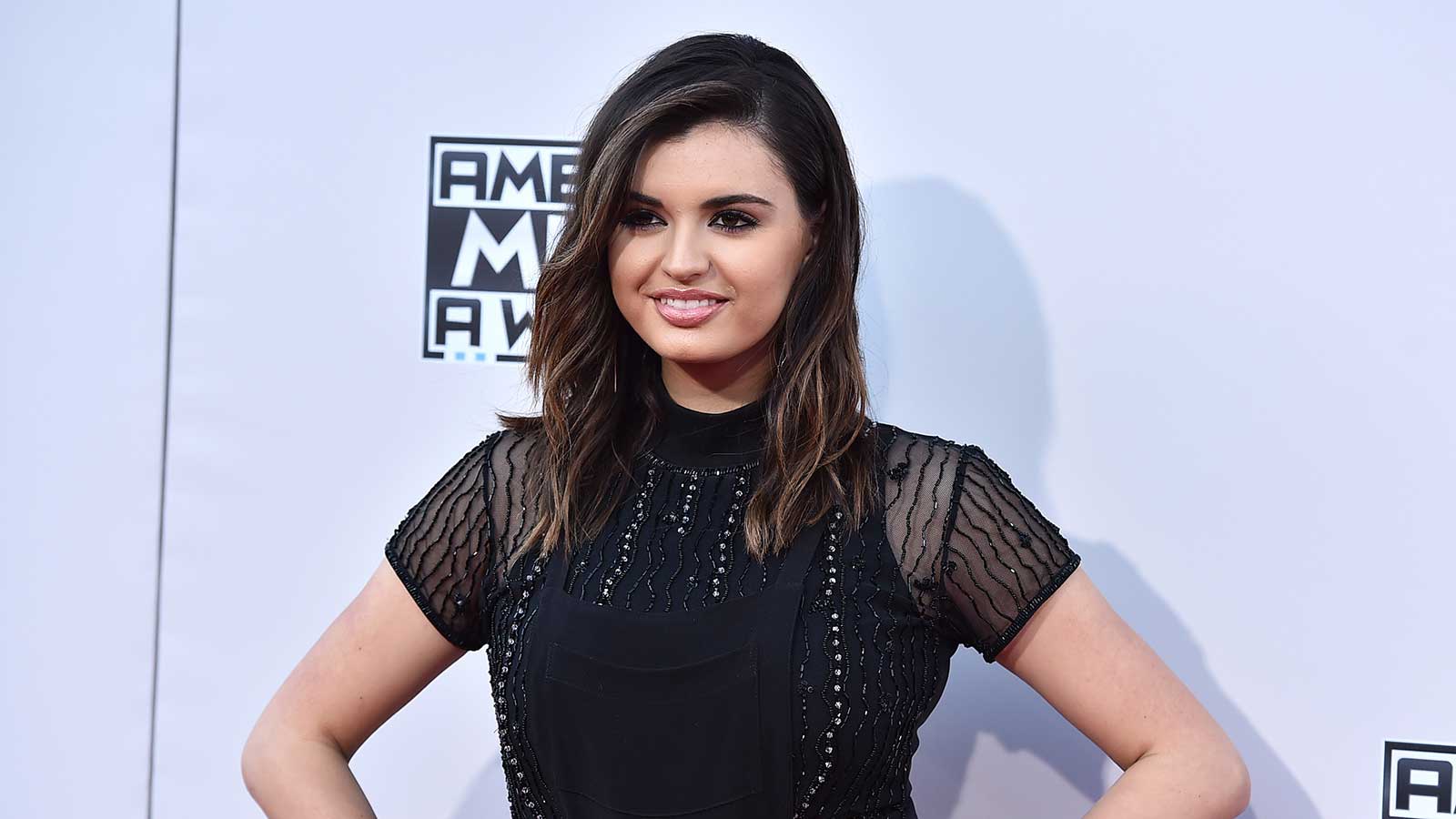 Owning up to it

Regardless, many say that despite Black’s visible discomfort in the clip, she needs to take accountability for her shocking behavior. Is this a harmless blunder – well, not really at all. Clearly as a celebrity you’re held up to a higher standard and making fun of the Holocaust is an act of antisemitism – in other words, we’re not laughing at her – we’re appalled.

Black issues a fervent apology: “I am deeply ashamed to have taken part in such an offensive bit. Yes I was 16, uncomfortable, and didn’t know this was coming,” the singer admitted. “Shane, I know that deep down you are trying to learn and grow. But we must do better & take complete responsibility for how harmful this is.”

While Dawson released a 20-minute video “Taking accountability” for loads of his outrageously racist content on his channel, we wonder if his huge racist influence on viewers could ever be rectified – we guess that this anti-Semitic behavior was just lumped into his list of other racist acts? 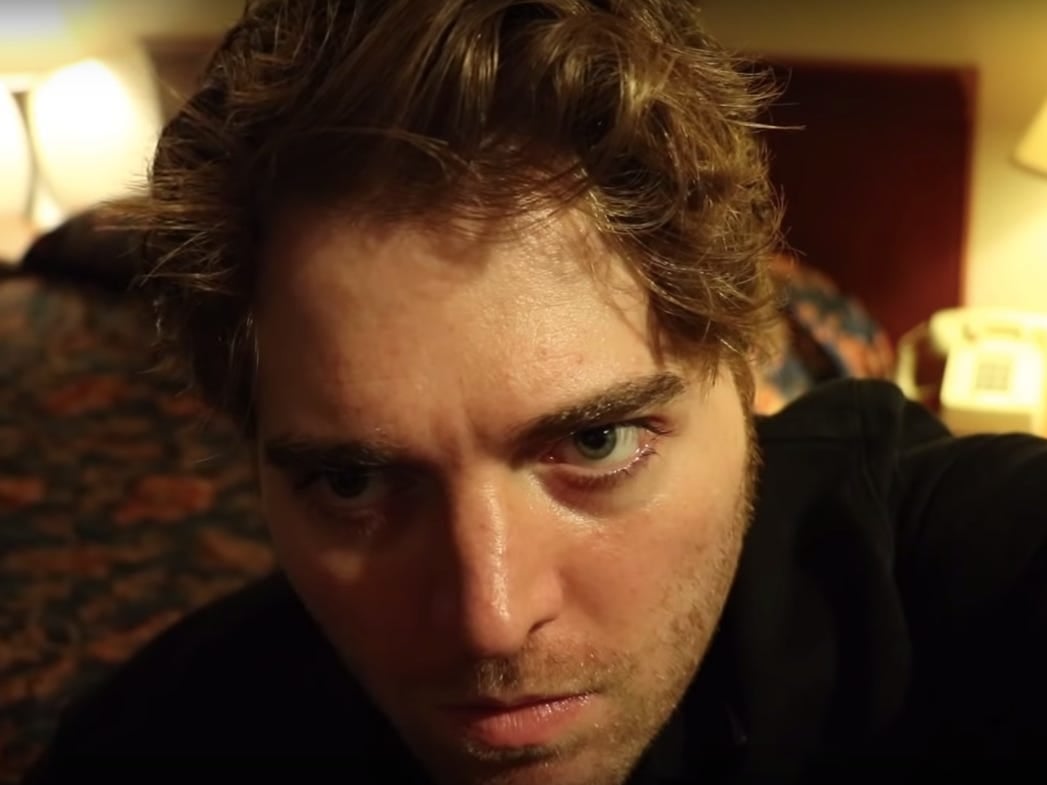 Again, we must ask: who allowed for this antisemitism to be released? Who made the card “The Holocaust”? Shane Dawson – one of the original YouTubers known as the King of YouTube due to his massive viewership on “funny” interviews. Shane Dawson is a figurehead, abandoning political correctness to showcase nasty humor & wrack in the audience & the cash. His extensive history is unforgivable – even if he regrets it now.

Dawson’s raging racism can hardly be summarized but here’s a few examples: Dawson repeatedly wore blackface, said the N-word, played Asian and Latino stereotypes, and so much more. Moreover, Dawson made jokes about rape and pedophilia. A video of him shows Dawson pretending to pleasure himself with a photo of Jada’s 11-year-old daughter Willow Smith.

The person who shared the anti-Semitic video of Black & Dawson admitted that, “mostly angry” at Dawson for putting Black “in such an uncomfortable situation.” Dawson had a much bigger platform than Black, so it’s essential to recognize Shane Dawson’s culpability as an instigator here. Regardless, coercion racism is racism and Black is guilty of antisemitism in this instance.