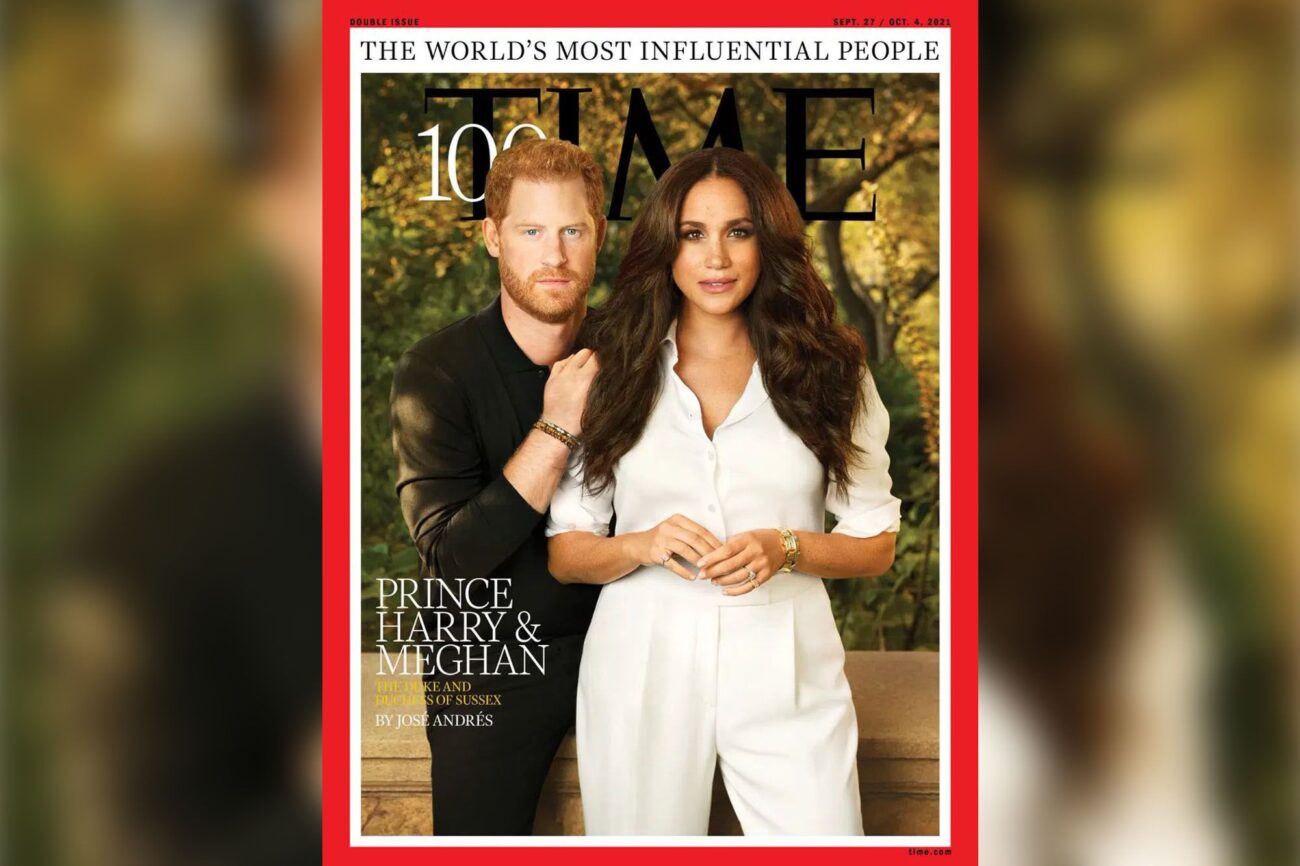 A lot of newsworthy things have been happening in the royal family — and those who’ve detached themselves from it. Meghan Markle & Prince Harry welcomed a new child, had their groundbreaking interview with Oprah, the latter started working as the Chief Impact Officer at a mental health startup, among other things.

They’ve had a tough couple of years as they moved from Britain, lost a child to miscarriage, but are now thrusting forward with their Archewell Foundation, signing deals to produce TV shows & a podcast.

Now, they’re gracing the cover page of TIME magazine for the World’s Most Influential People.

While some people have hailed them as a power couple, dropping Moira Rose gifs in the replies section on Twitter, even talking about how the couple looks radiant & peaceful, now that they aren’t bound by royal shackles, others seem to have taken offense to the magazine, the photograph, or just the general announcement of the couple as an influential entity.

As the cover story lauded the couple on their compassion, Tweeple immediately took to scathing comments about the lack of compassion they showed their own family.

Everyone also seemed intent on comments about how Meghan was overshadowing Harry, who seems to be happy with his wife taking the lead.

Some people went so far as to say that a photograph — and where he stood in the photograph — was enough to emasculate him. Distasteful & sexist comments came in big numbers.

His name is literally PRINCE Harry. The only thing more masculine and patriarchal he could be is King Harry. Are you biologically only able to breathe if you're saying something stupid? https://t.co/6FsroNOZR7

All of this also led to some fierce debates, as some people pointed out how Meghan was holding the power frame in the TIME cover photo, while Harry supported her. Twitter saw a plethora of artful insults.

The pose does seem a wee bit awkward, so it did lead to some hilarious comments as well.

Not all of them are untrue if you look carefully.

Others took to Twitter to share how much in awe they were of this couple — both the partners serving looks.

This might be the most airbrushed photo I’ve ever seen. https://t.co/wB6BTXq3Bn

Yet others took to roasting the photoshopped & airbrushed efforts on the photo — it doesn’t look authentic, but the tweaks have raised quite a few eyebrows.

Low-res I know, but they kinda look like they got photoshopped onto their own bodies pic.twitter.com/f7wLbSwsIP

Another person joked about how they look photoshopped onto their own bodies. We’ve got to hand it to the Twitterati — they know how to roast the celebs good.

They come to the US and Canada to supposedly be out of the limelight but always turn up on TV and magazines to open there’re mouths. That’s getting out of the press huh?

The couple has also maintained how their relationship with their family was impaired, in large parts, by tabloids and the press blowing things out of proportion. So, skeptics began questioning why they’re getting press coverage now.

What a joke! Time, you’re being cancelled today, both at home and vin my office.

Some people reacted wildly to the cover page, canceling TIME magazine & bringing the credentials under the lens. No other cover page has possibly evoked such varied, wild, and passionate reactions from the readers.

Prince Harry and Meghan Markle giving both their fans and haters content. I stan a generous couple pic.twitter.com/m3MAZd1vWW

Because the TIME recognition brought both the wrath of the haters & compliments from the fans, some tweeple laughed off at the dichotomy.

One of them shared, “Prince Harry and Meghan Markle giving both their fans and haters content. I stan a generous couple”