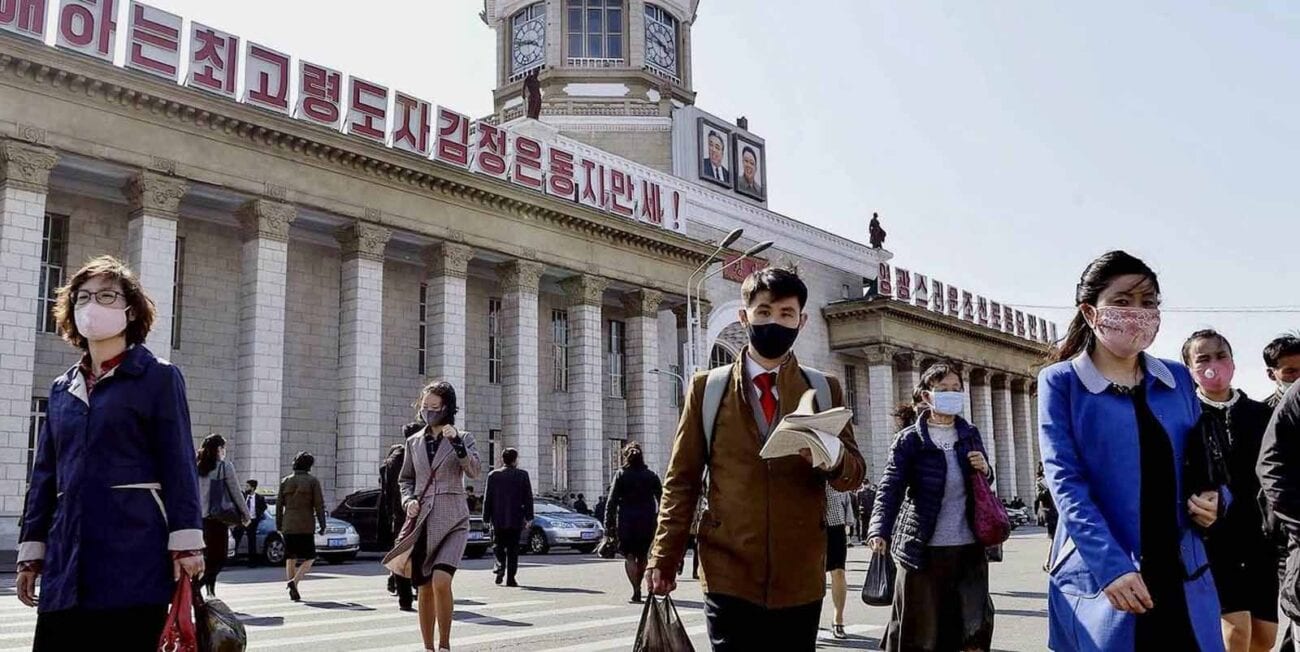 North Korea isn’t exactly known as the paragon of rationalism. While it’s possible that the country’s usual state of closed borders has potentially helped to prevent the coronavirus from spreading too rapidly within the country, experts believe there have been cases of COVID-19 – though North Korea denies this wholeheartedly.

Even if the country has somehow managed to scrape through without any cases, that doesn’t mean North Korea is completely unaffected by the outbreak of a worldwide pandemic. In fact, it’s being reported that Kim Jong Un is displaying “excessive anger” over the entire situation.

Here’s what’s being said about how North Korea is handling the coronavirus outbreak. 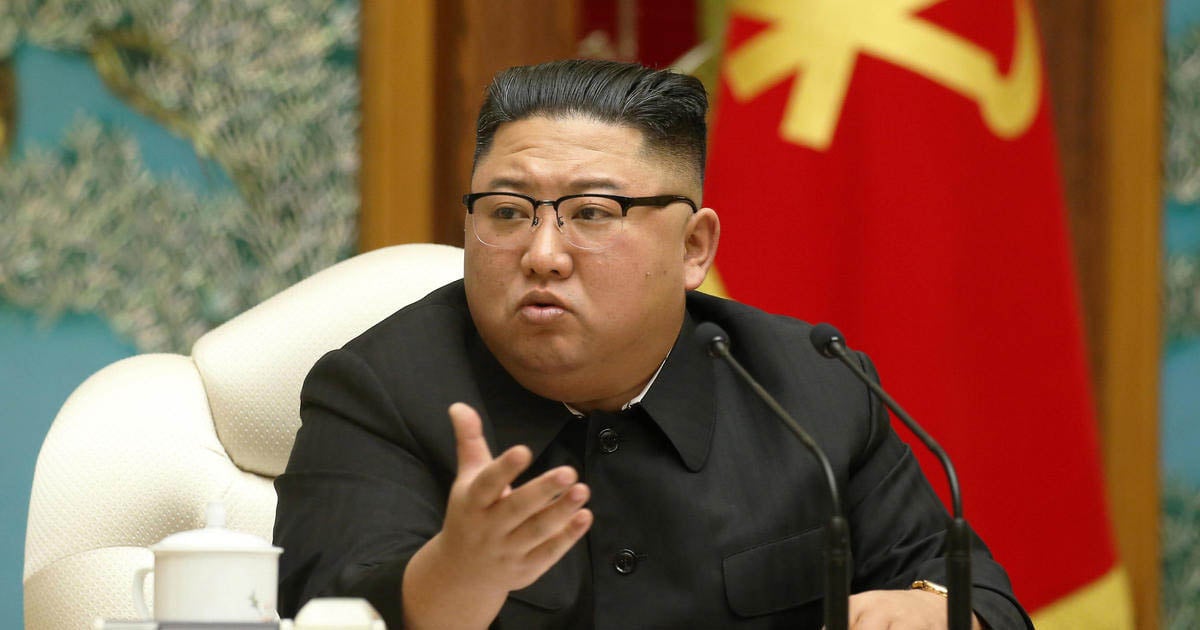 Recently there were two executions in North Korea. One man was a money changer from Pyongyang, apparently, he was blamed for the falling exchange rate, which was actually a result of coronavirus’s effect on the economy.

The second man executed was a high level government official who is said to have been caught violating the restrictions against goods from outside the country. The rules were put into place as anti-virus measures as North Korea continues to appear extremely fearful of the virus. 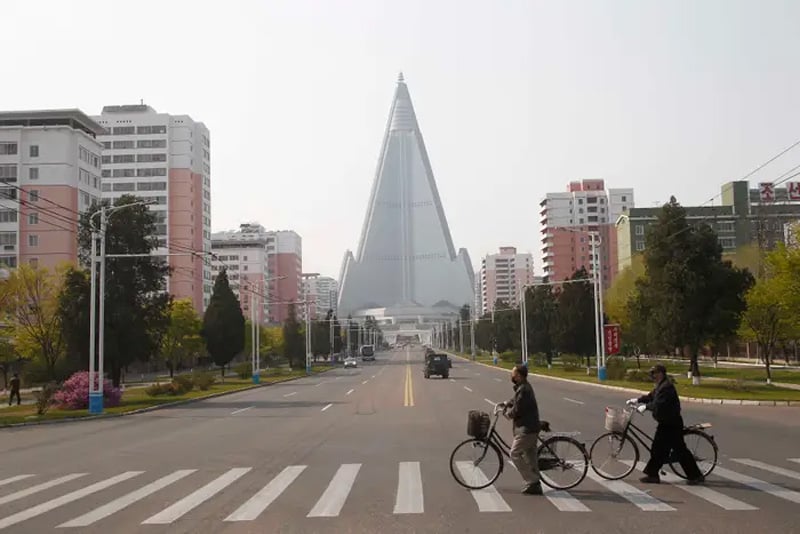 No fishing or salt production

It’s also being said that Kim Jong Un has made it so that nobody can go fishing or take part in salt production in the ocean. This is reportedly due to a fear of the seawater either being infected or becoming infected with COVID-19. (There is currently no evidence that COVID-19 can spread through water, whether fresh or salty.)

Many of Kim Jong Un’s policies being implemented in regard to the coronavirus are being referred to as “irrational”. 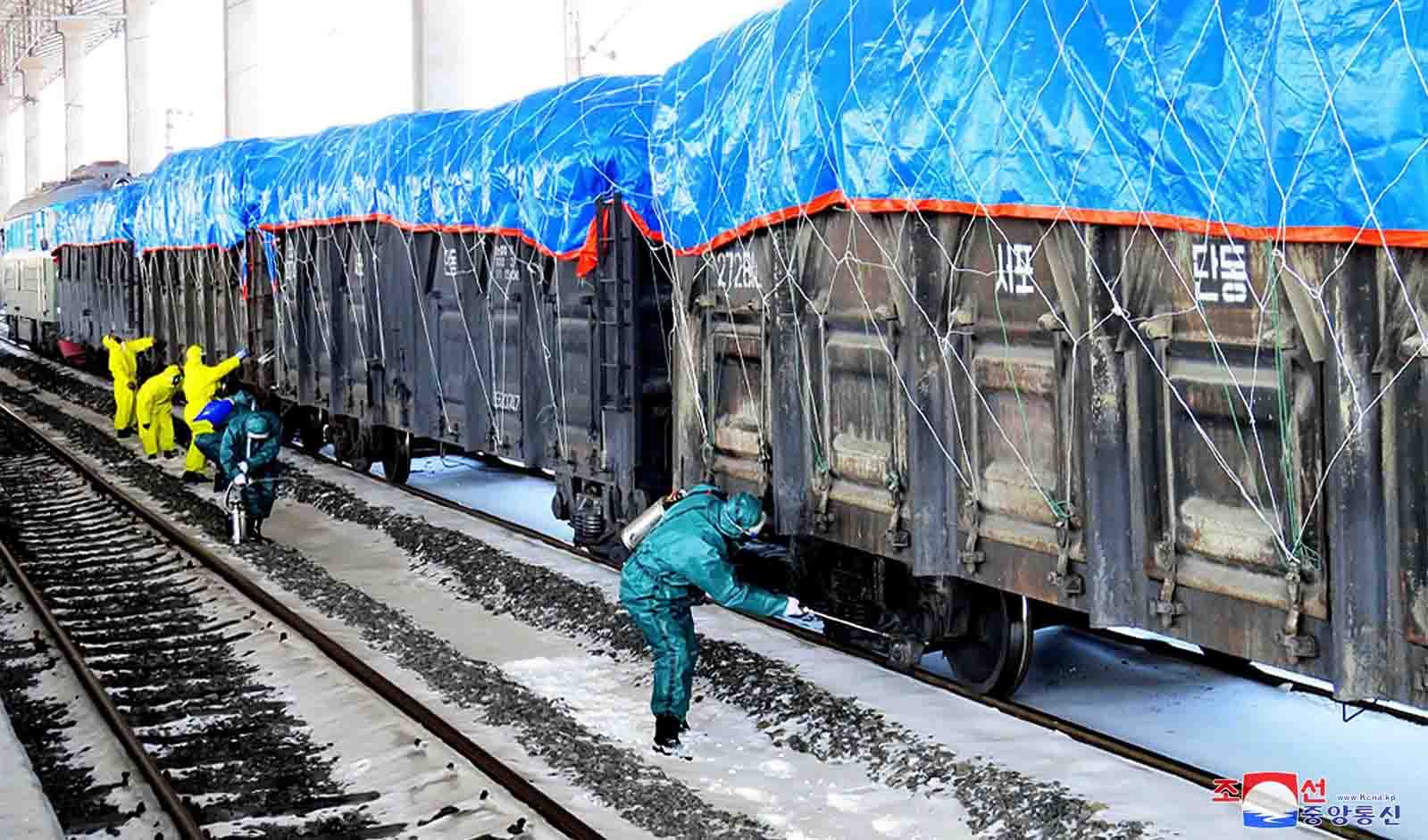 North Korea’s biggest trade partner is China, however since China is where the coronavirus outbreak originated North Korea has staunchly shut its borders to China since January with very minimal exceptions. Business Insider is reporting that so far North Korea’s trade with China has dropped 73% as of September.

In fact, it’s also being reported that North Korea is refusing a delivery of approximately 110,000 tons of rice from China over fears that the coronavirus could enter the country with the shipment. The shipment is currently stuck waiting in the port of Dalian. Though North Korea has reportedly accepted shipments of COVID tests and PPE from China and Russia during 2020.

Obviously, just like most other countries in the world, North Korea has also put a halt on tourism. 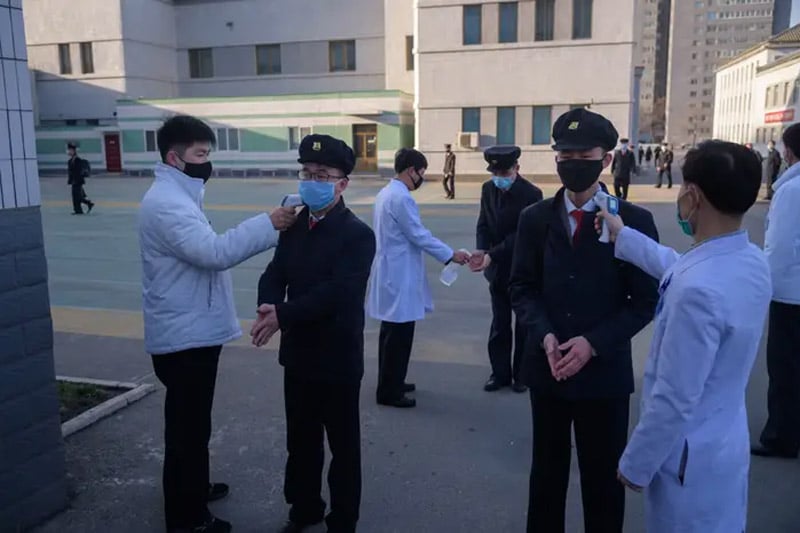 There are also reports of lockdowns occurring inside North Korea with the capital of Pyongyang and the northern province of Jagang as the most notable shutdowns currently taking place.

The implementation of lockdowns would seemingly imply the presence of positive COVID-19 tests, though with the country’s lack of transparency this can only be speculated upon. Again, however, experts believe it is highly unlikely North Korea hasn’t had any cases, especially after implementing thousands of tests. 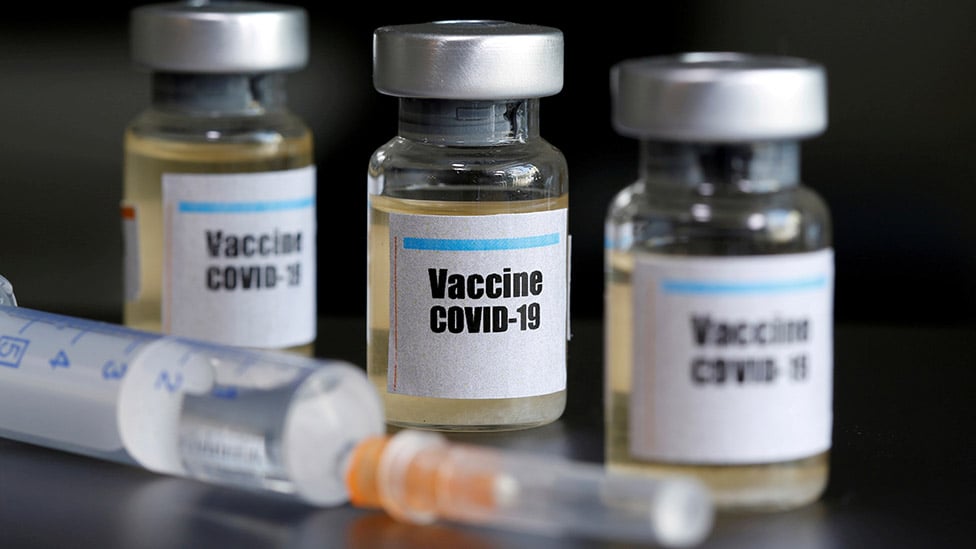 North Korea seems eager to get their hands on a vaccine. South Korea’s intelligence service has also come forward saying that North Korea had attempted to hack a South Korean drug making company that is currently in the middle of working on a coronavirus vaccine. The attempt was unsuccessful, however, as they were caught.

U.S. analysts stepped forward on Tuesday to say that Kim Jong Un and his family were given an experimental COVID-19 vaccine from China. They’re saying this likely happened sometime within the last two to three weeks. At the moment nobody knows which Chinese company provided the shots or if they’ve even been tested for safety.

There are currently three different Chinese companies known to be working on a vaccine and not one of them have publicly launched phase three trials. 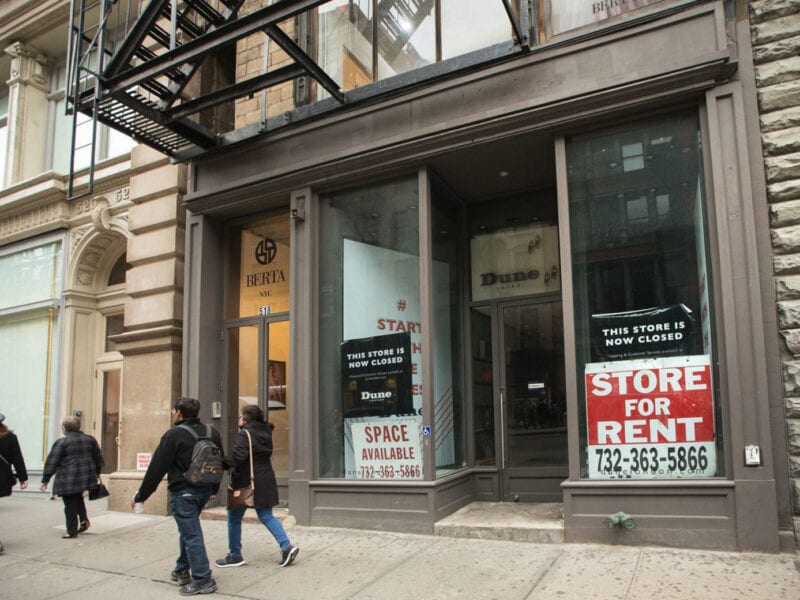 7 Tips to Rebuild your Business After COVID-19 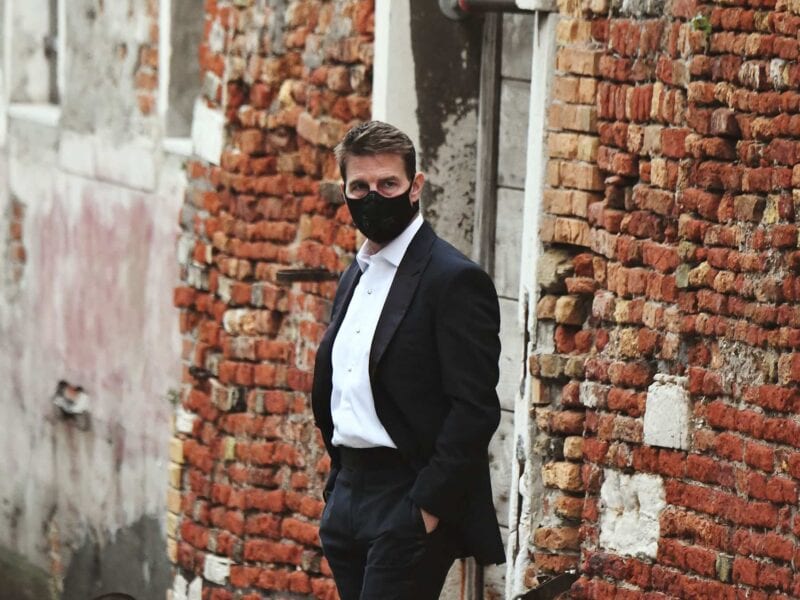 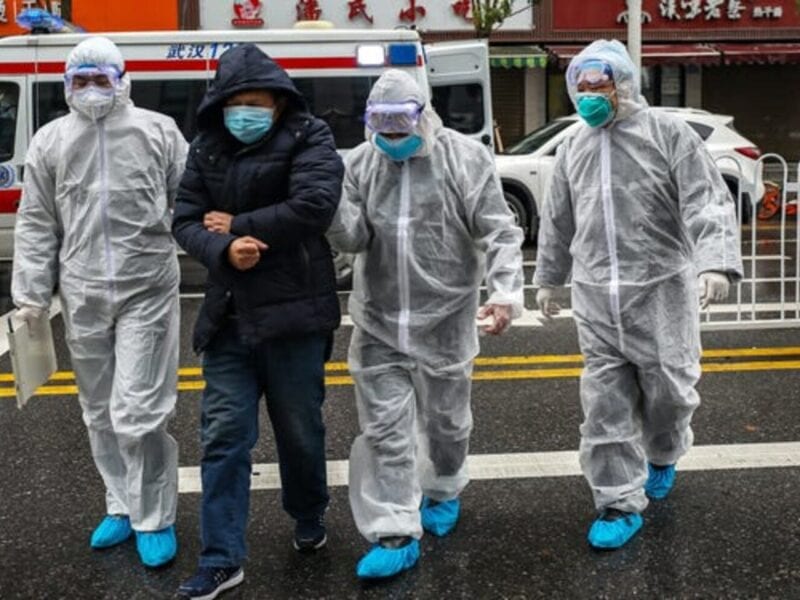