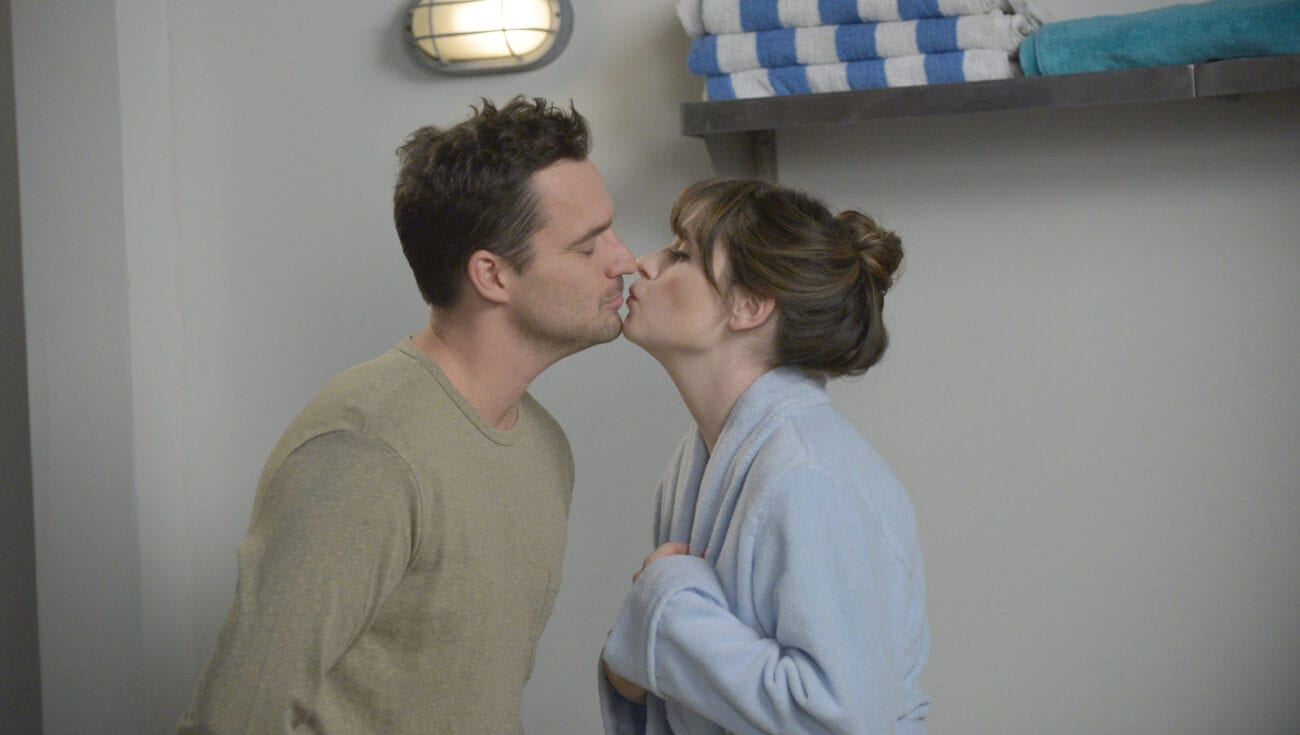 The relationship between Nick & Jess on New Girl had audiences crossing their fingers for quite some time at a “will they/won’t they” standstill. Although it seemed very evident they were always going to end up together, there were some major differences tricking us into thinking we weren’t going to see them get their happy ending.

For example, who remembers Jesse’s discomfort at finding out about Nick’s debt and inability to pay his bills on time or acquire medical coverage? Who remembers Nick’s serious relationship with drop-dead-gorgeous Reagan, played by none other than Megan Fox?

The stability of their true love is deeply in question plenty of times throughout New Girl’s run! At the end of the day, their true love prevails with several super precious moments shared. Here are some of their top moments. 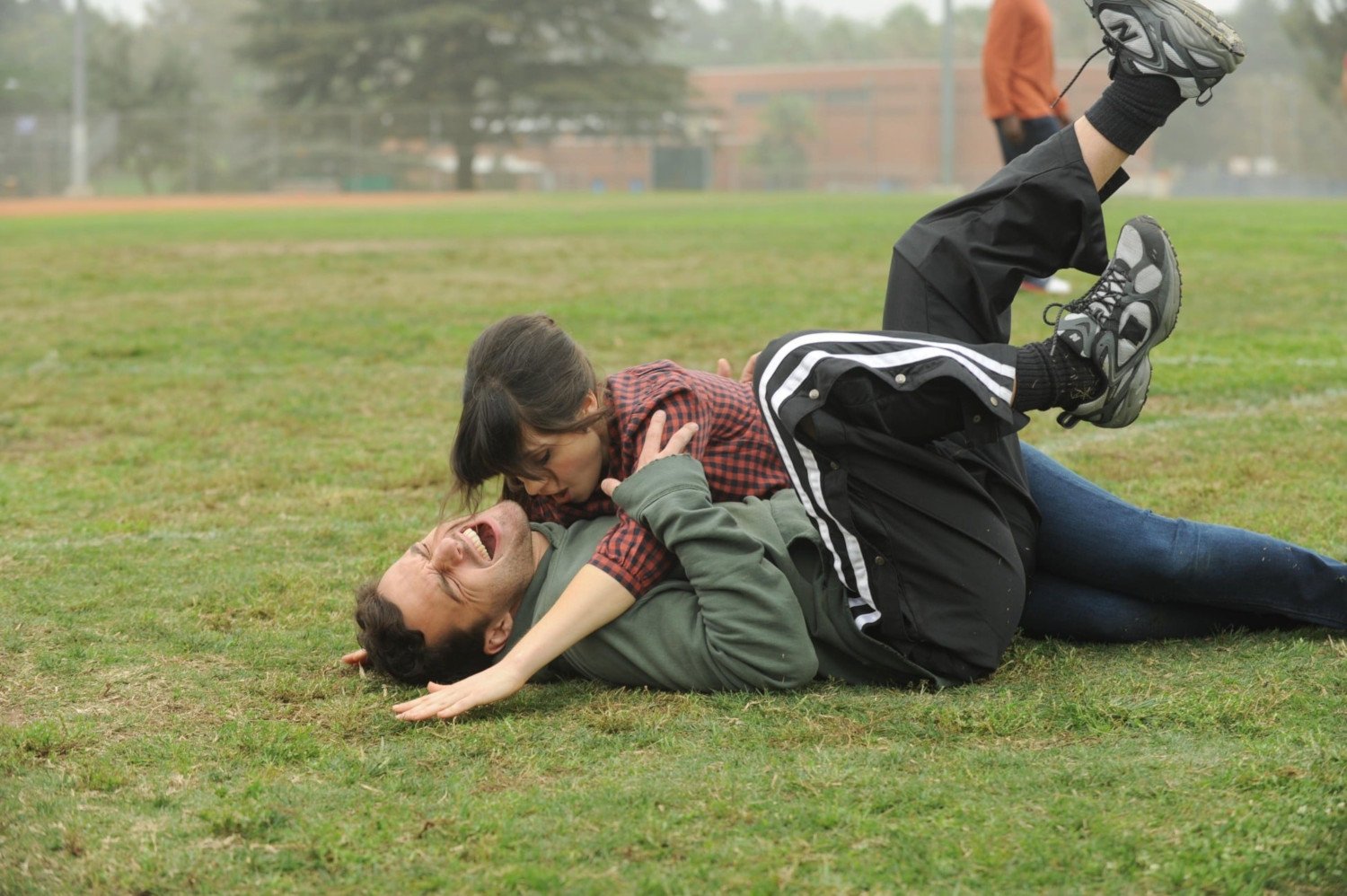 Nick & Jess get extra close & personal during the touch football game they played in “Injured”, season 1, episode 15. During the course of the game, Nick ends up getting hurt and since he doesn’t have any insurance, Jess volunteers the help of her doctor friend. Her friend is a certified OB/GYN, meaning she doesn’t specialize in physical injuries, but Jess still cared enough about Nick to try to get him the help he needed. 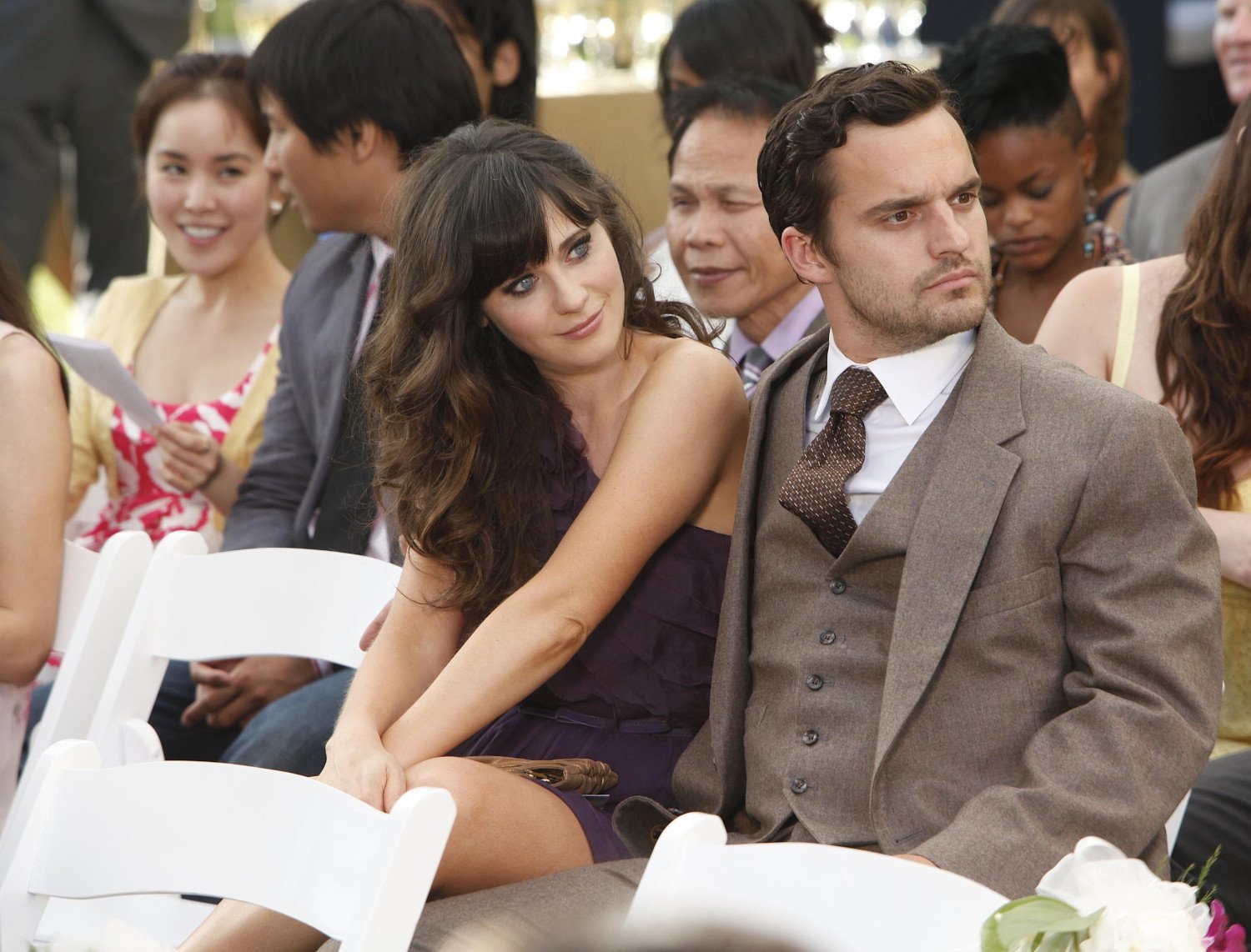 Jess and her fake teeth

Jess is always there to make Nick laugh and she was even there to help him make his ex girlfriend, Caroline, jealous. New Girl shows how Caroline’s a very toxic individual in Nick’s life . . . someone who uses him and makes him feel like he’s unworthy.

Despite the fact she wasn’t a great girlfriend, Nick still spends a lot of time mourning the relationship. After he invites Jess to join him as his date to a wedding where he knew he’d see Caroline, Jess totally has his back, doing everything she can to help make Caroline jealous – even keeping it silly with a pair of fake teeth. 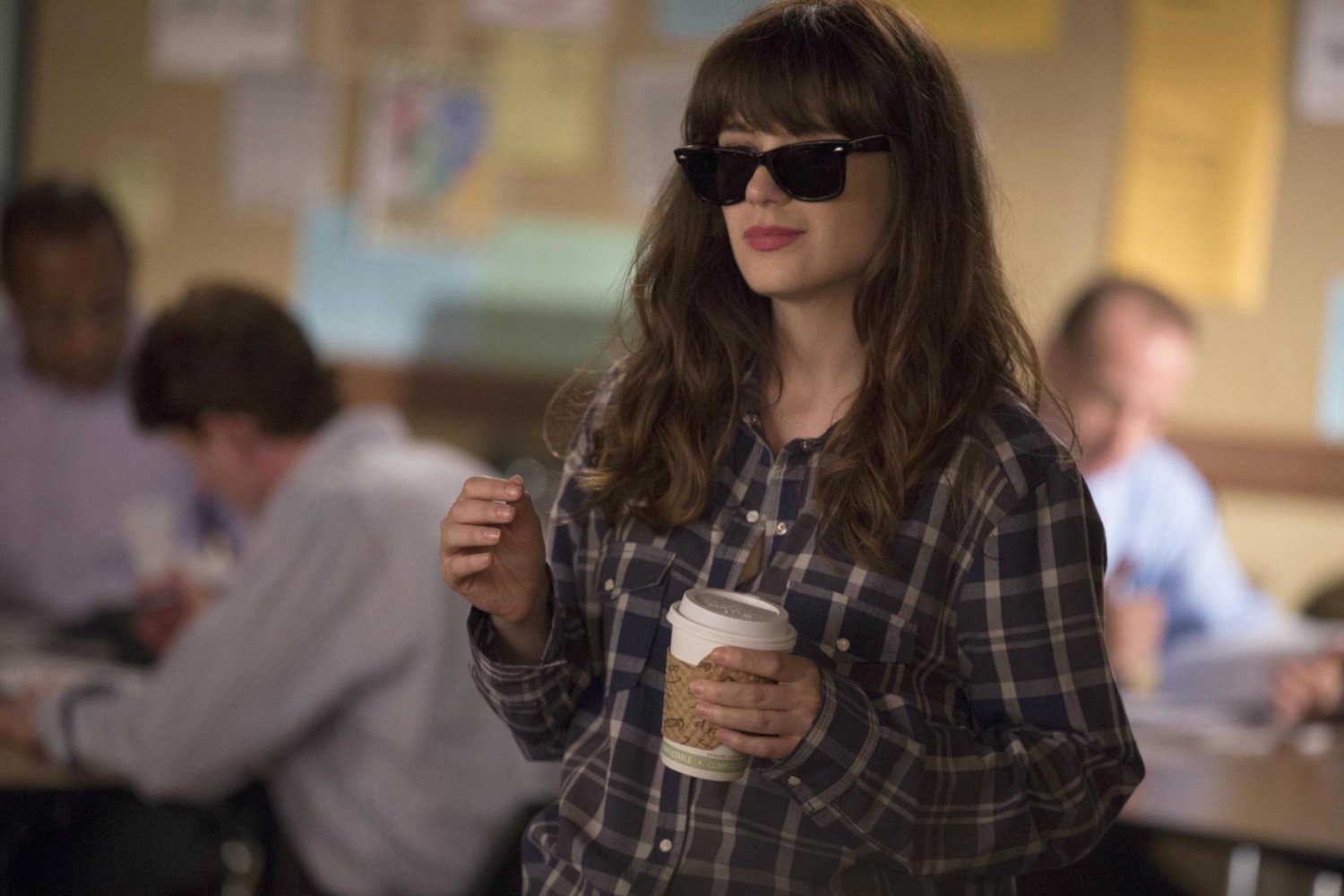 In season 3, episode 2 of New Girl, Nick decides to provide Jess with some good advice.  It’s much needed advice since Jess isn’t always socially aware of what’s going on around her. In this episode, she’s trying to fit in with the other teachers who work at her school but she’s suffering miserably and sticking out like a sore thumb.

Instead of watching her go down with the ship, Nick intervenes and gives her some helpful advice to get her through the situation. His choice to give her a little tough love helps her greatly. 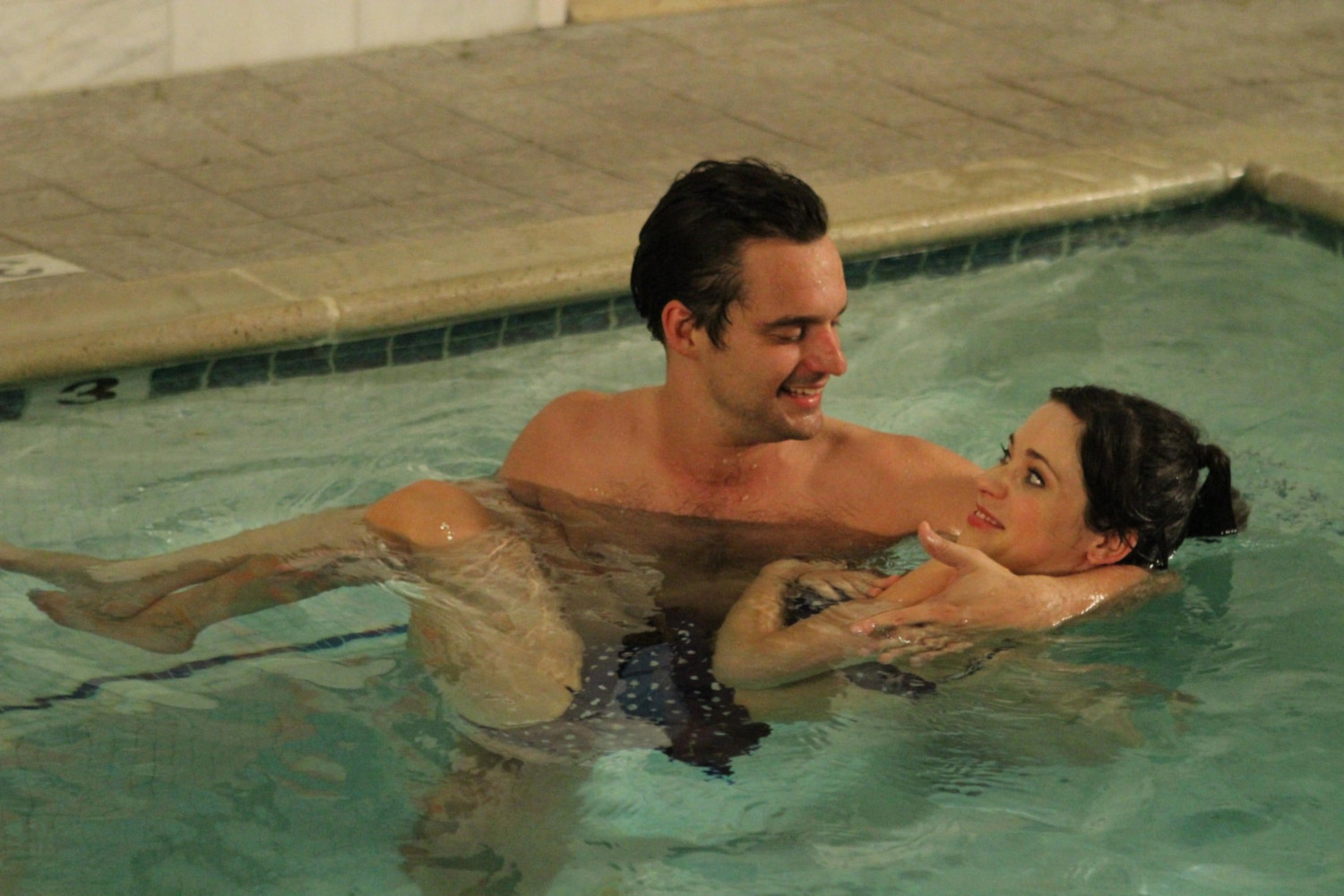 In season 2, episode 7 of New Girl, Nick & Jess experience something a little out of the ordinary with each other. They try water therapy for the first time. Nick is the one who shows the interesting concept to Jess and while they’re submerged in the pool, Jess appears to be very happy. At one moment, Nick even picks Jess up in the water creating a closer connection between the two. 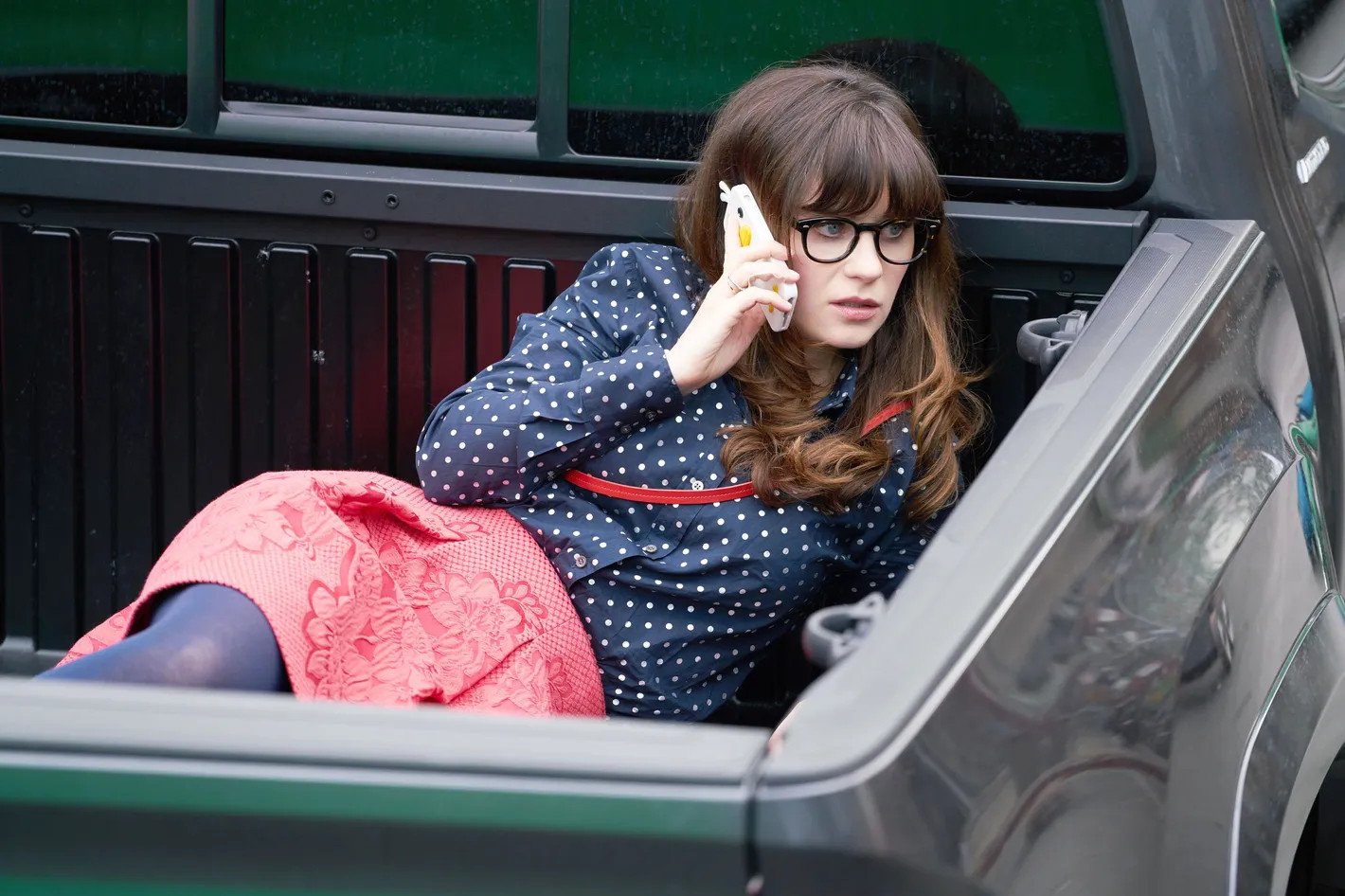 When Nick spied on Jess’s class to protect her

Nick’s very concerned Jess is in danger because of a certain student in her class. He’s convinced her student has it out for her. Nick decides to show up to her classroom in a disguise to make sure everything is fine & dandy.

Instead, his suspicions get even worse which leads them both down the path of hilarious shenanigans. The moral of the story in this episode is they went down the same crazy path together which only brought them closer.

It’s a total shame New Girl is over because we don’t get to see more adorable moments between Nick & Jess. They are one of the best TV couples ever, even in comparison to Friend’s Ross & Rachel and Gossip Girl’s Serena & Dan.