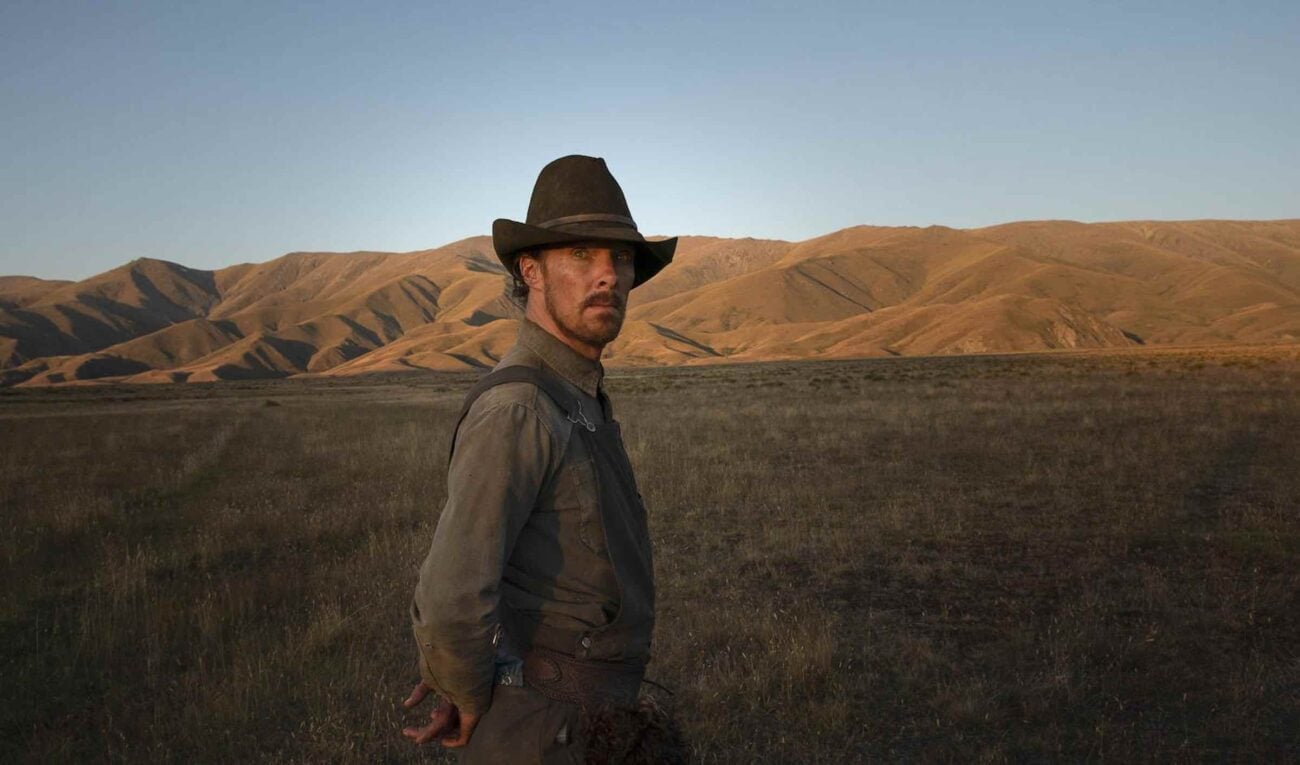 Has Benedict Cumberbatch jumped the shark with his new movie?

The trailer for the new Benedict Cumberbatch movie has been released and it seems like it will somehow weirdly work (we’ll explain, promise). While this may seem like an odd direction for Benedict Cumberbatch, this new movie does look interesting to say the least.

The new Benedict Cumberbatch movie, called The Power of the Dog, is set to be released in theatres on November 17th and will be released on Netflix December 1st, becoming one of the first to start on this new hybrid release trend. This will give fans (and us) plenty of time to figure out just what is going on in this movie and if it actually is any good.

The official synopsis of the film reads “Charismatic rancher Phil Burbank inspires fear and awe in those around him. When his brother brings home a new wife and her son, Phil torments them until he finds himself exposed to the possibility of love.” The film is based on the 1967 novel of the same name by Thomas Savage and it seems like the film is being strongly loyal to the plot.

Cumberbatch stars in the lead role as Phil Burbank, with Jesse Plemons playing George, Phil’s brother. Other stars include Kirsten Dunst playing the role of widow Rose Gordon who married George after moving her son, Peter, to the ranch. Playing the part of Peter is Kodi Smit-McPhee. Also appearing in the film is Thomas McKenzie, Frances Conroy, Adam Beach, Peter Carroll and more.

While the film is already getting some award season buzz, we can’t help but wonder just how this is going to go considering the odd combination of actor and genre. However, upon closer examination, this may not be as odd as people think. 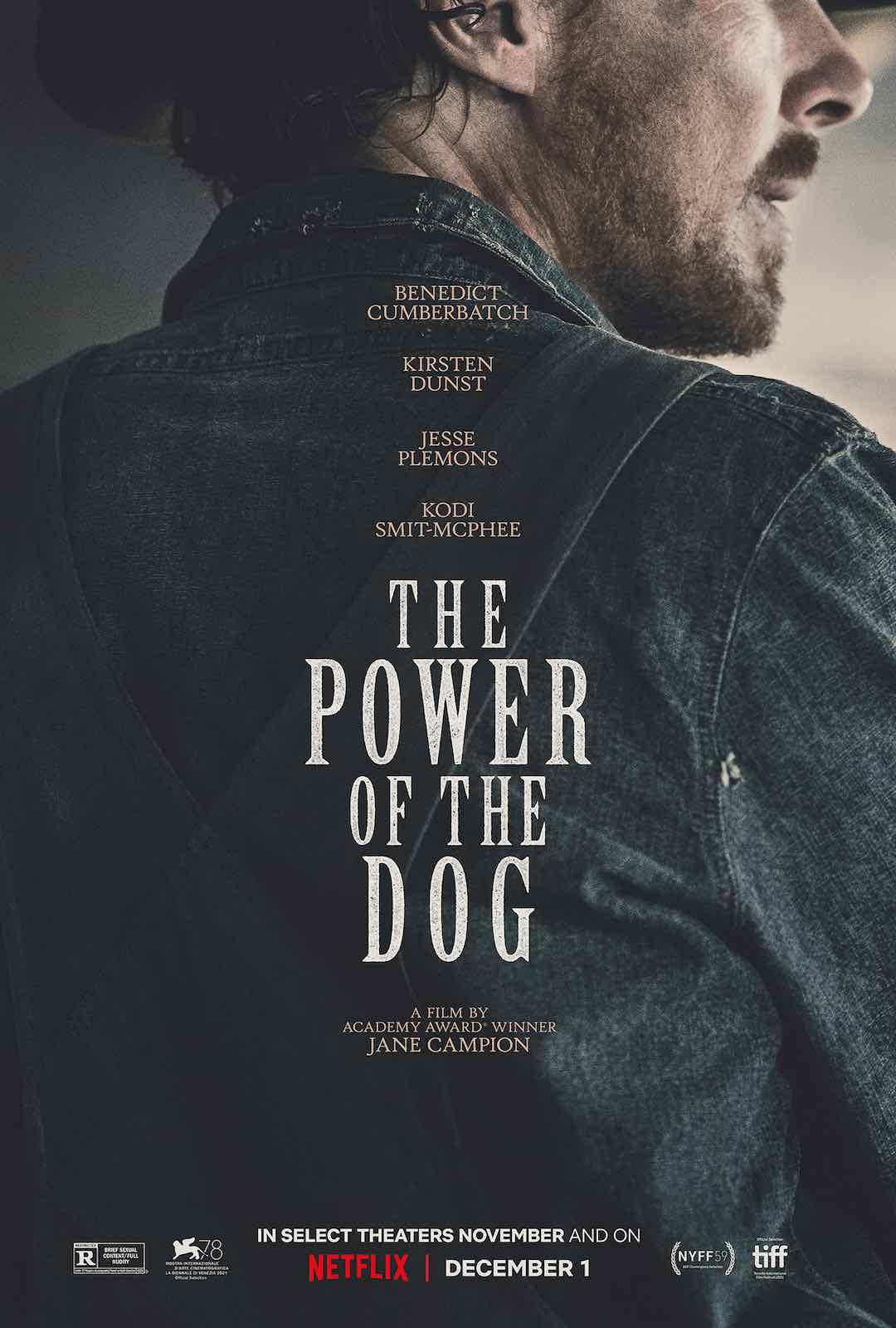 Outside the comfort zone

Clearly, many of us probably didn’t think that British actor Benedict Cumberbatch would choose to star in a western, especially a western with such a monstrous protagonist. Considering his most popular  characters are intellectuals of some capacity (Sherlock Holmes and Doctor Steven Strange) it is weird to see him as such a rough and tumble archetype.

However, Cumberbatch is also a talented actor who has walked out of his comfort zone before. His titular outing as Patrick Melrose, a man full of inner demons and a few uncouth mannerisms, is a prime example of his ability to take on roles that some might not have thought of.

Therefore, while this does seem odd, the buzz and the trailer do seem to convey that this film might actually work for Cumberbatch. As of right now, social media certainly thinks so.

THE POWER OF THE DOG is a work of art. Jane Campion meticulously crafts a slow-burn character study that's as captivating as it is challenging. Benedict Cumberbatch is commanding, Kirsten Dunst is heartbreaking, and Kodi Smit-McPhee is unforgettable. What a film. #SydFilmFest pic.twitter.com/AYroWi3K0M

Naturally, Twitter is already buzzing about this new film, with many admiring Cumberbatches acting and  . . . . other assets. Reactions include:

In my opinion #BenedictCumberbatch is one the best actors yet to win an #Oscar ! He's on my short list with #RobertDownyJr & the other Jake Being #JakeGyllenhaal !

Definitely one of the greats, so if anyone can pull it off, he can!

Benedict Cumberbatch in the new poster of The Power of the Dog: pic.twitter.com/hm0ABzmzjI

He really does make that outfit WORK!

He’s magnificent in this remarkable film. I can’t wait to see it again.

Glad to see some positivity!

Cannot wait for this one 🔥

Benedict Cumberbatch in "The Power of the Dog" @TPOTD pic.twitter.com/3KxpF0tjBd

What are your thoughts on the new Benedict Cumberbatch movie? Drop them below in the comments before this western rides off into the sunset!

Share via:
Tags
Benedict CumberbatchNetflixThe Power of the DogTwitter
Author