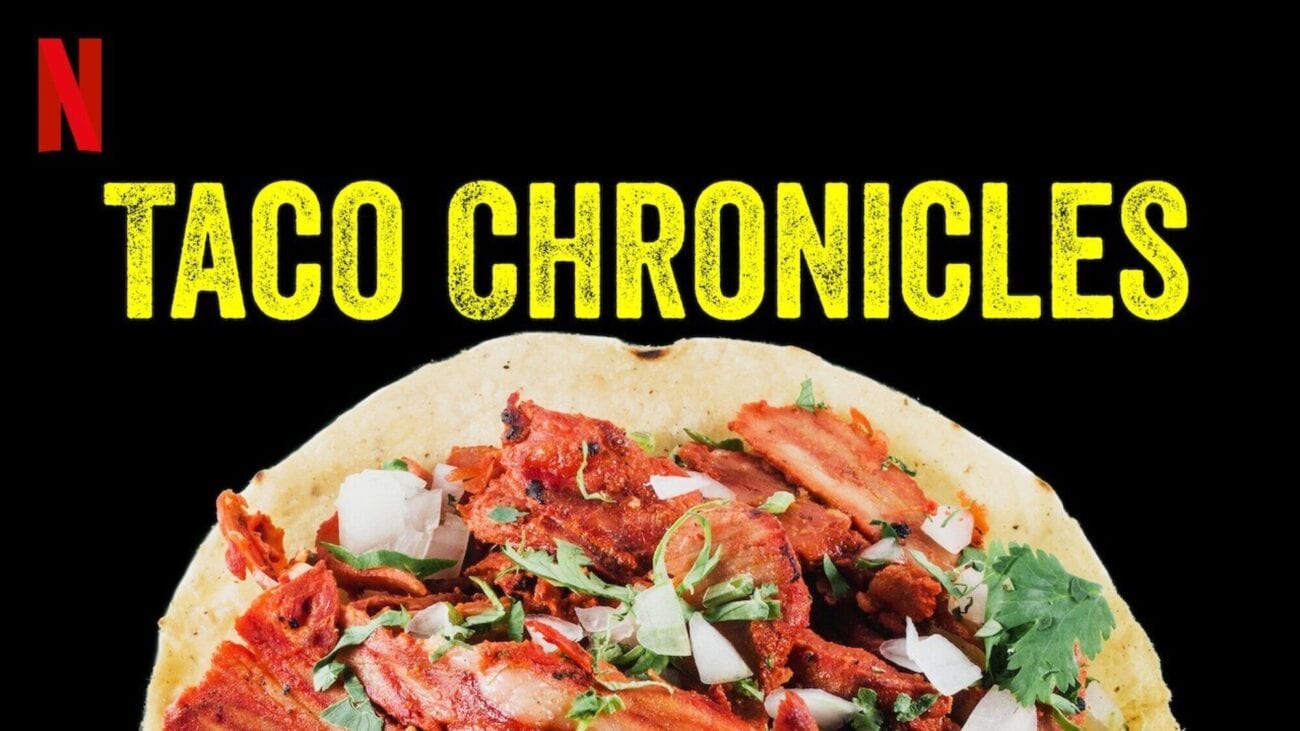 Love Mexican food? All the reasons to watch ‘Taco Chronicles’

As Lebron James would put it, “It’s Taco Tuuuueeeeesssssdaaaaaaaayyy,” every day over at the new Netflix cooking show! Taco Chronicles’s second season premiered on Netflix on the most fitting day of the week: Tuesday.

Taco Chronicles is a culinary docuseries from the Latin America division at Netflix, which breaks down all the different types of tacos, from the most well-known tacos from carnitas & asada to more unknown tacos like birria & suadero.

It’s the perfect Taco Tuesday binge-watch, but you better not eat Chipotle or, God forbid Taco Bell. Make your own or go find an actual taco stand or truck to chow down on some real tacos during the show. If you’re not salivating just at the thought of a docuseries all about tacos, then here are some more reasons to watch this Netflix cooking show. 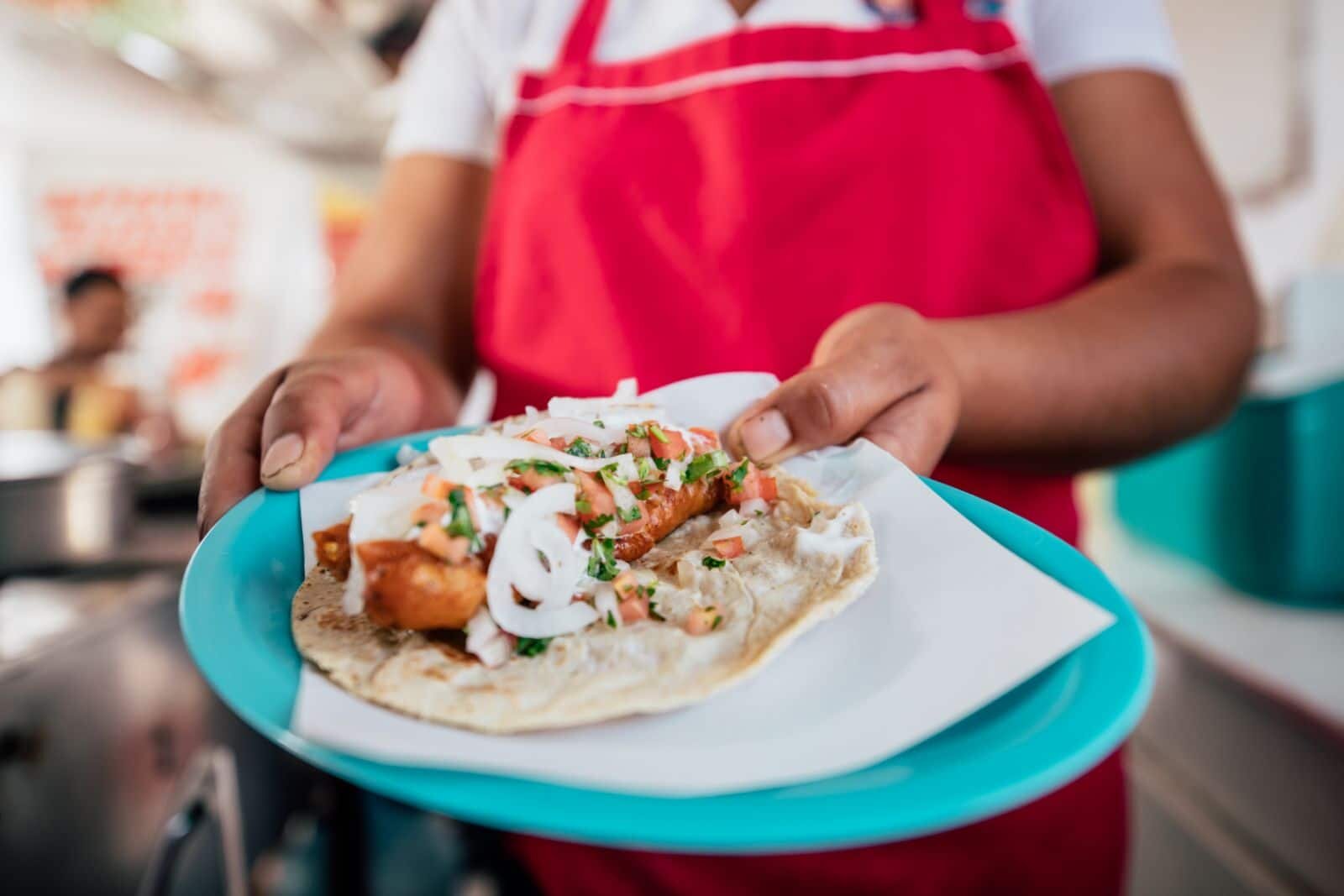 No matter if you just ate, are about to eat, or watching while you’re eating, Taco Chronicles will make you hungry for tacos. Each episode is about thirty minutes long and takes you on a flavor journey all around Mexico & the U.S. to the restaurants & stands that excel at making tacos. You might get lucky and find one near you.

The food is so enticing you’ll hypnotically crave tacos and, hopefully, seek out the very taco discussed in the episode. 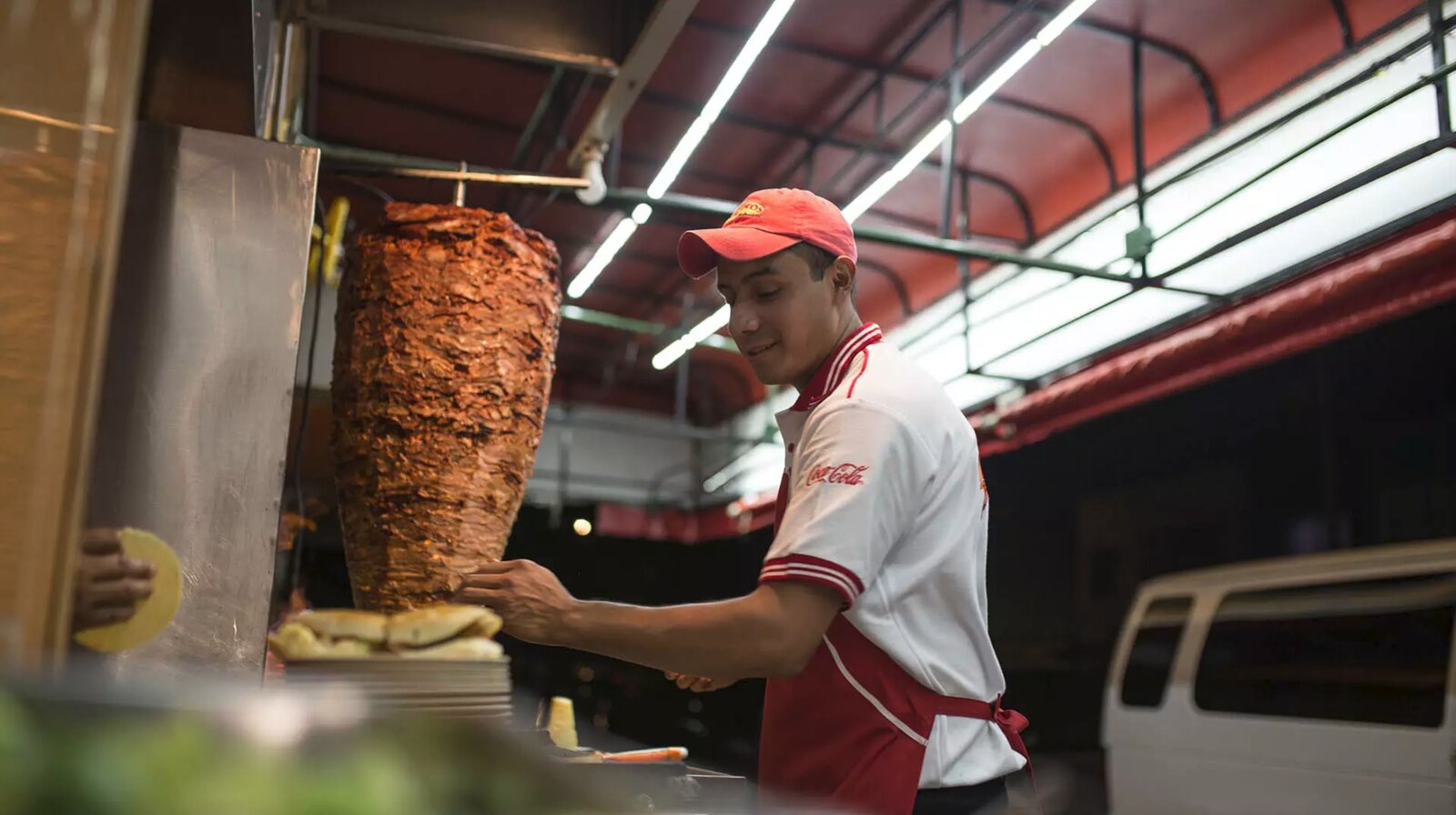 Every shot is so textured & beautiful you can’t help but watch. The colors are vibrant and pop on the screen. You can see every wrinkle in the uncooked meat. Every shred of the beef in the “Suadero” episode comes to life. There are always shots of food in slow motion in every food show, and in Taco Chronicles, it’s done so elegantly.

The best part of Taco Chronicles is its ability to capture the little moments with delicacy. The directors aren’t afraid to let a shot linger with the natural sound of someone at the counter taking an order or salsa being poured into a container.

Most culinary docuseries are always busy, fast-paced, and filled with music or crowd noise. The quieter moments of natural sound helps drive home that many of these restaurants & tacos are tied to families & cultures. While some are mass-produced for our consumption, every taco started in someone’s home. 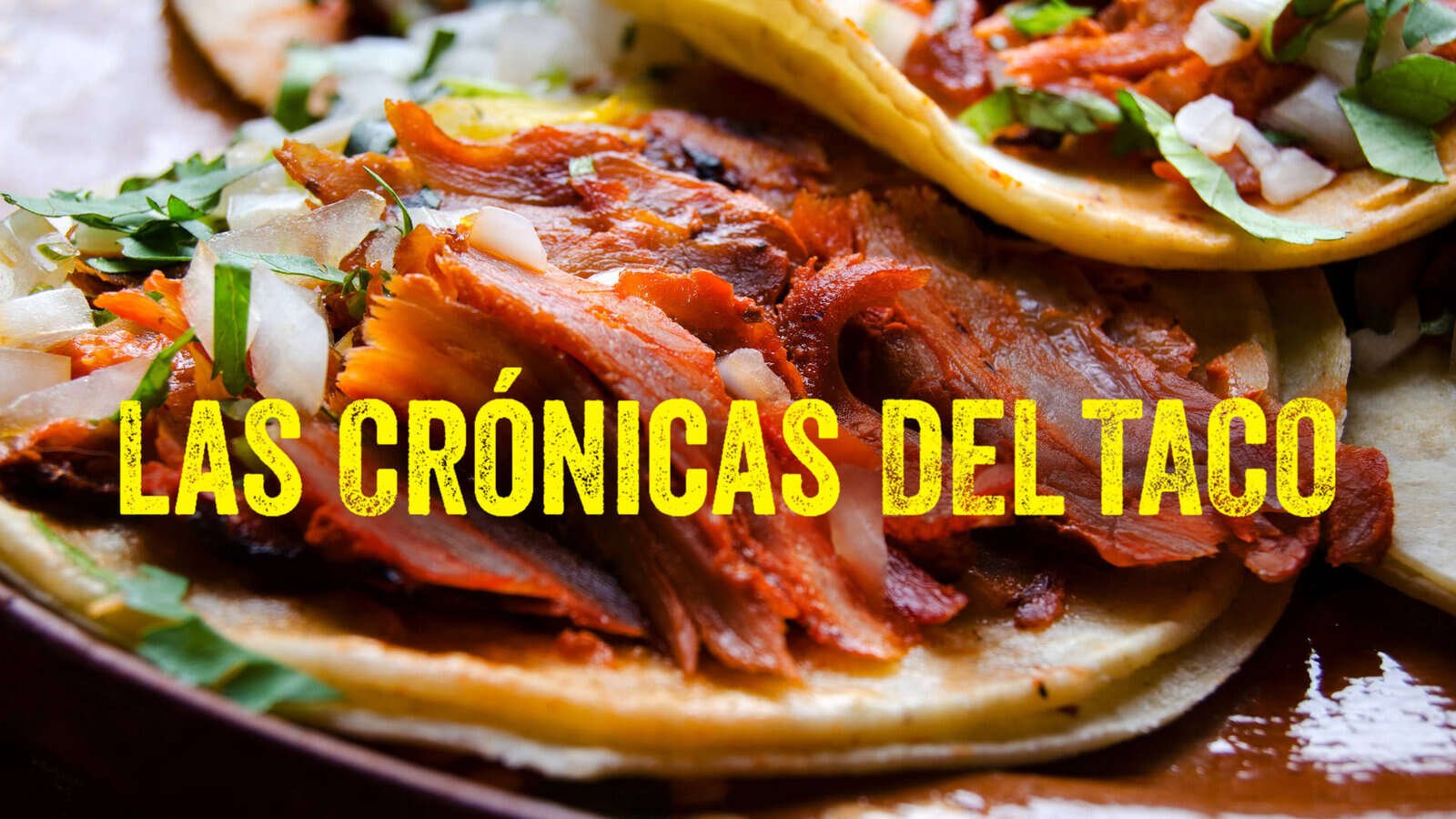 A lower third is a combination of text & graphic elements that appears on the bottom of the screen to give the audience more information – you know, the thing that pops up in a Bachelor interview when you need to know which of the five Laurens is talking.

We might be crazy, but the lower thirds on this series are simply: chef’s kiss. Every good lower third fits the theme of the show. In Taco Chronicles, the lower thirds introduce the chef or restaurant on two lines of an order card. It’s the little things that make a great documentary fantastic.

Everything about the lower third is eye-catching. It doesn’t just sit there. It has a little bounce, so the font has to be just as active. The font “Taco Chronicles”  with is a handwritten font.  These graphics make you feel as if someone is taking your order behind the screen. 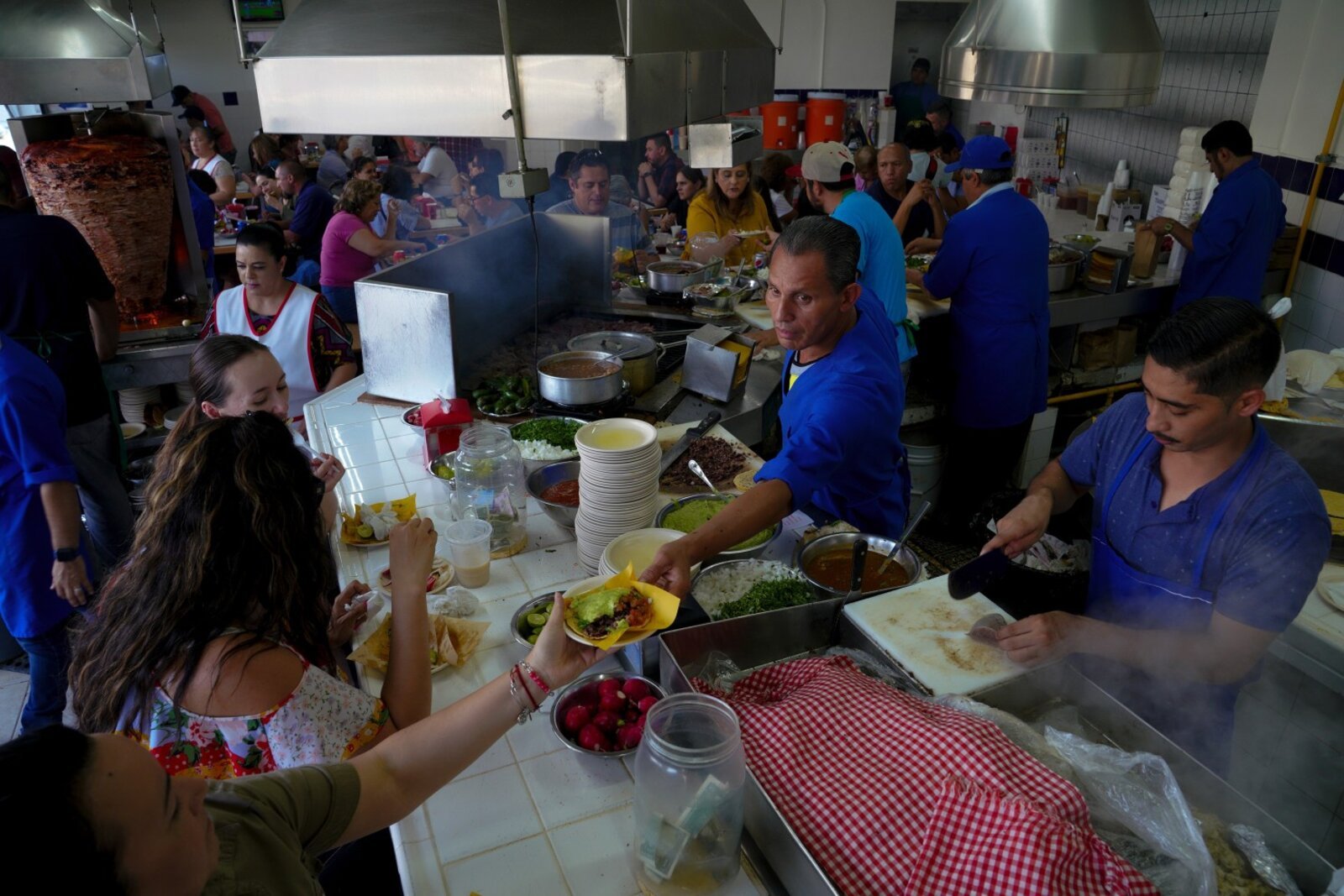 We might all be familiar with asada, pollo, or carnitas tacos, but you won’t find tacos like birria & suadero at Chipotle or your typical Americanized Mexican restaurant.

Viewers don’t just learn about new tacos but the ingredients & preparation for these tacos. You’ll dive into why authentic cochinita tacos use Mexican hairless pigs over American pigs or why the meat for cabrito is cooked on a skewer sticking up out of the grill, and how all parts of the goat is used to make the taco. 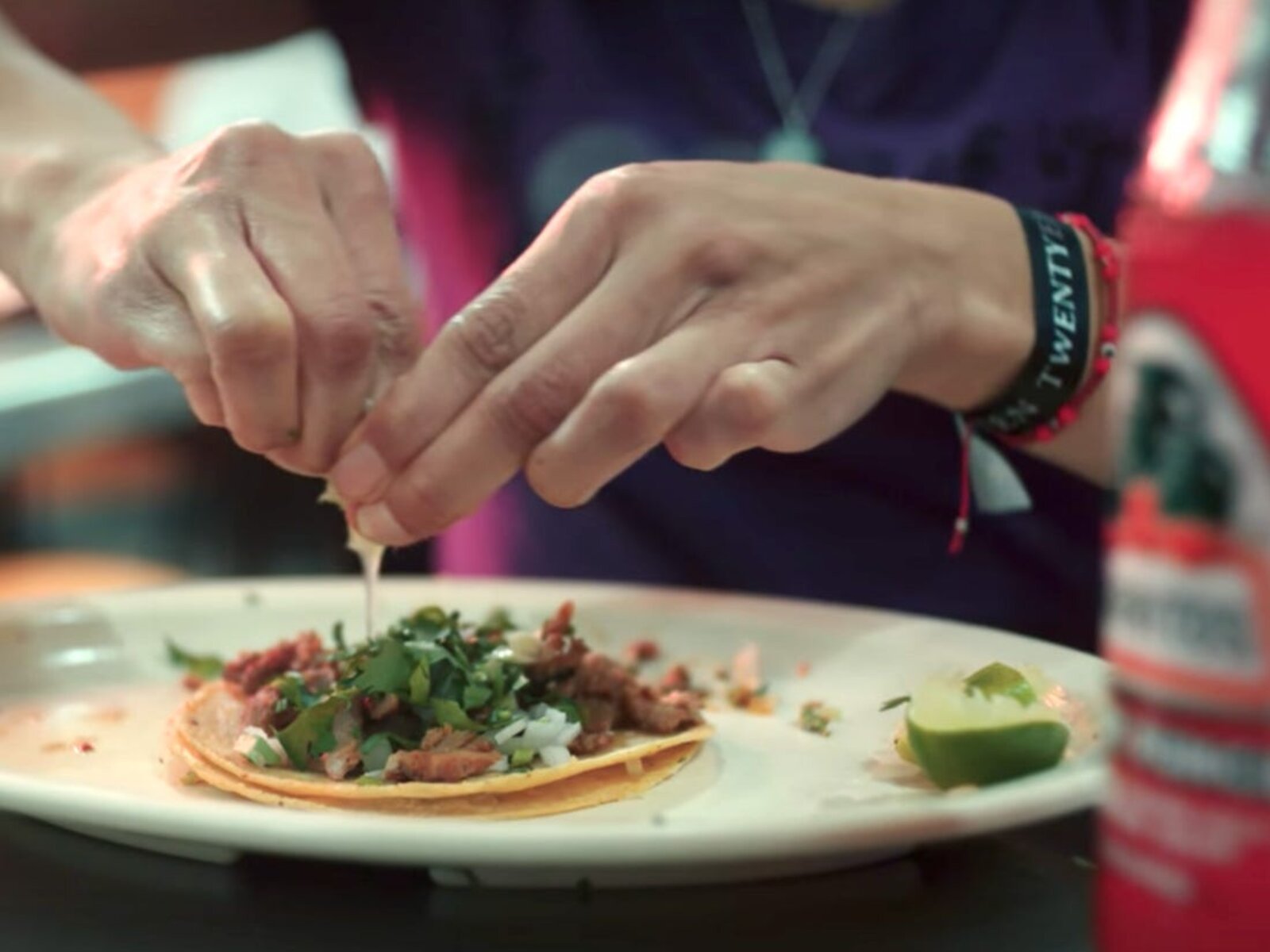 Hopefully, viewers will seek out these different tacos and branch out of their culinary shell to try something new.

Both seasons of Taco Chronicle are available to binge on Netflix. Season one covers many popular types of tacos while season two deep dives into some regional favorites.