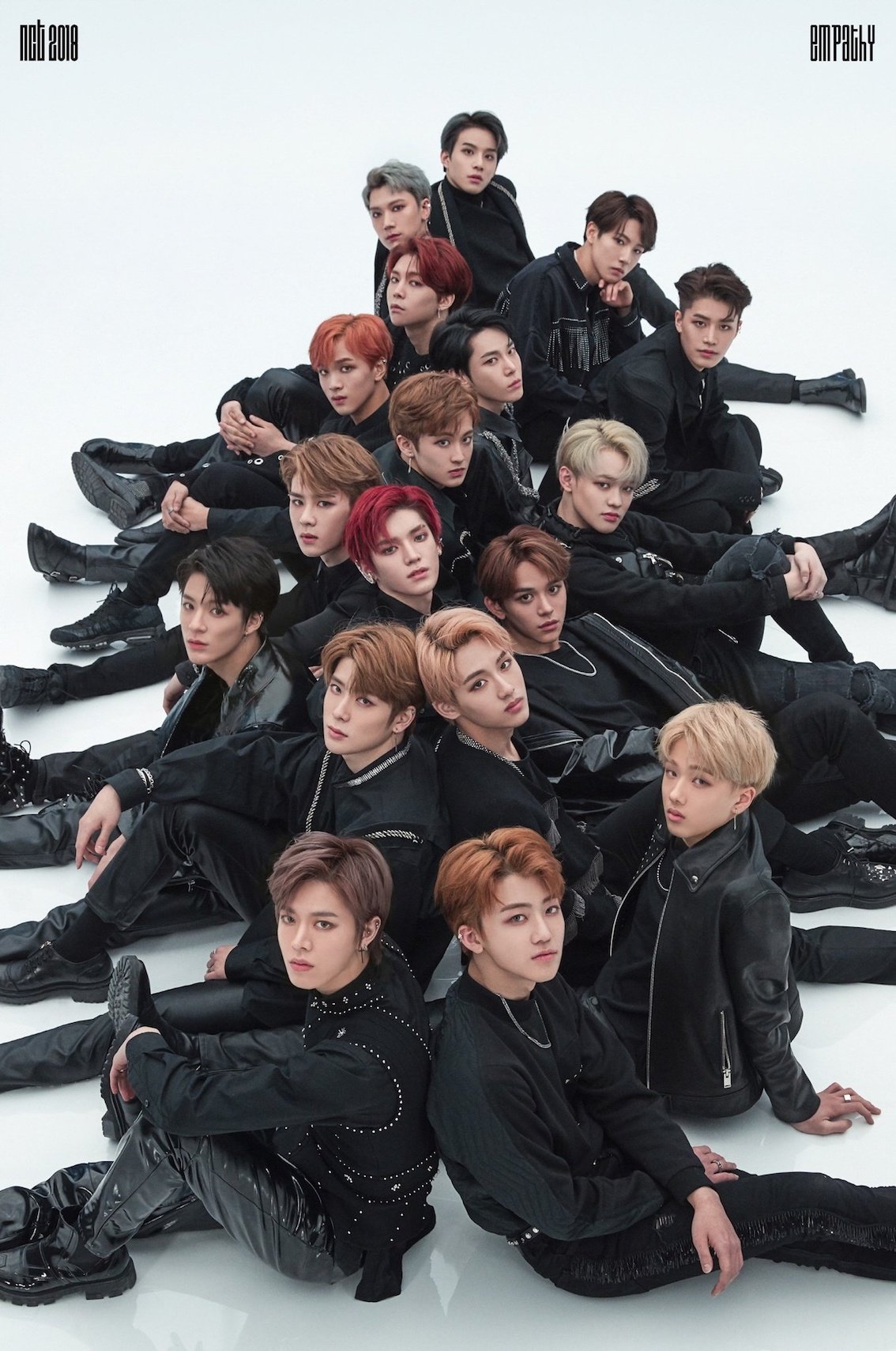 Get to know the NCT members: Everything to know about NCT Dream

If you’re used to K-Pop groups with about a half-dozen members like Monsta X and BTS, then NCT might strike you as strange. As of right now, NCT has a whopping twenty-three members. It’s not as if it’s the first time a K-Pop group has taken a more-the-merrier route. Bands like IZ*ONE and Super Junior each had twelve members at one point.

The K-Pop group Apeace even had twenty-one members from 2012 to 2014, and was called the largest K-Pop band ever. Since then they’ve fizzled into a twelve member boy band, and there are other K-Pop groups who have gone through similar journeys. But as comparable as Apeace’s numbers are to NCT’s, their concept is pretty different. NCT is pursuing something revolutionary.

NCT says their member roster is infinite and they’ve broken up their huge K-Pop boy band into subunits. There’s no limit to the amount of subunits NCT will add over its lifespan and even the placement of the members isn’t fixed. Several NCT members are in more than one subunit, giving them a very busy schedule. 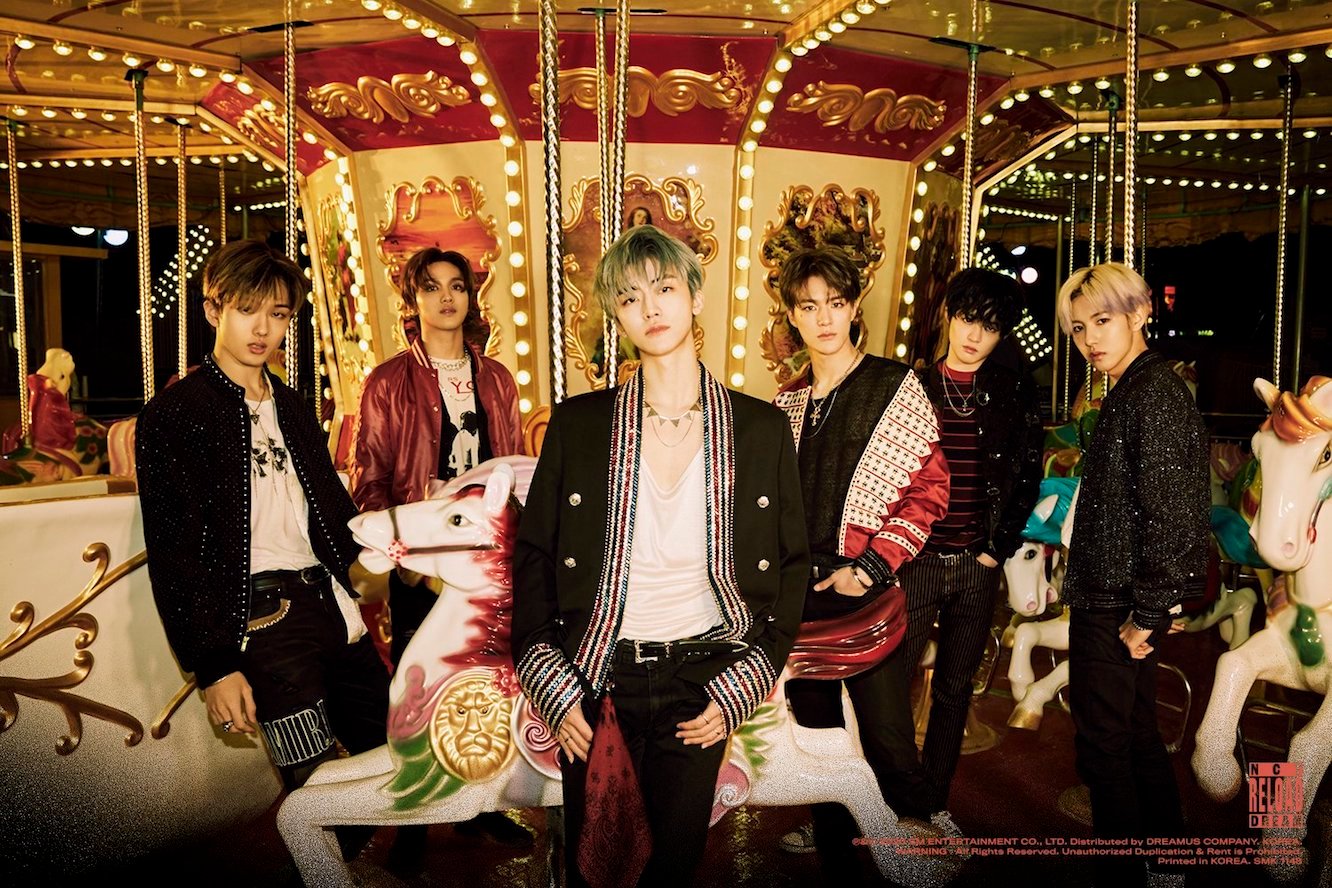 Mark is a supreme example of NCT’s fluidity. Although he was taken out of the subunit NCT Dream in 2018 and placed into NCT 127, he’s scheduled to return to NCT Dream in 2020. You see, the theme of NCT Dream used to be that it was the place its teenage members started and then graduated out when they hit twenty.

SM Entertainment recently had a change of heart though. As the pandemic wreaked havoc on NCT Dream’s international tour, and several NCT Dream members neared the Korean age of maturity (twenty), they decided to give NCT Dream more of a fixed structure.

They no longer plan to automatically switch out NCT Dream members according to age. And in order to mark this change they’re bringing twenty-one year old Mark back into the group (pun intended). Here’s everything to know about the Dream members. 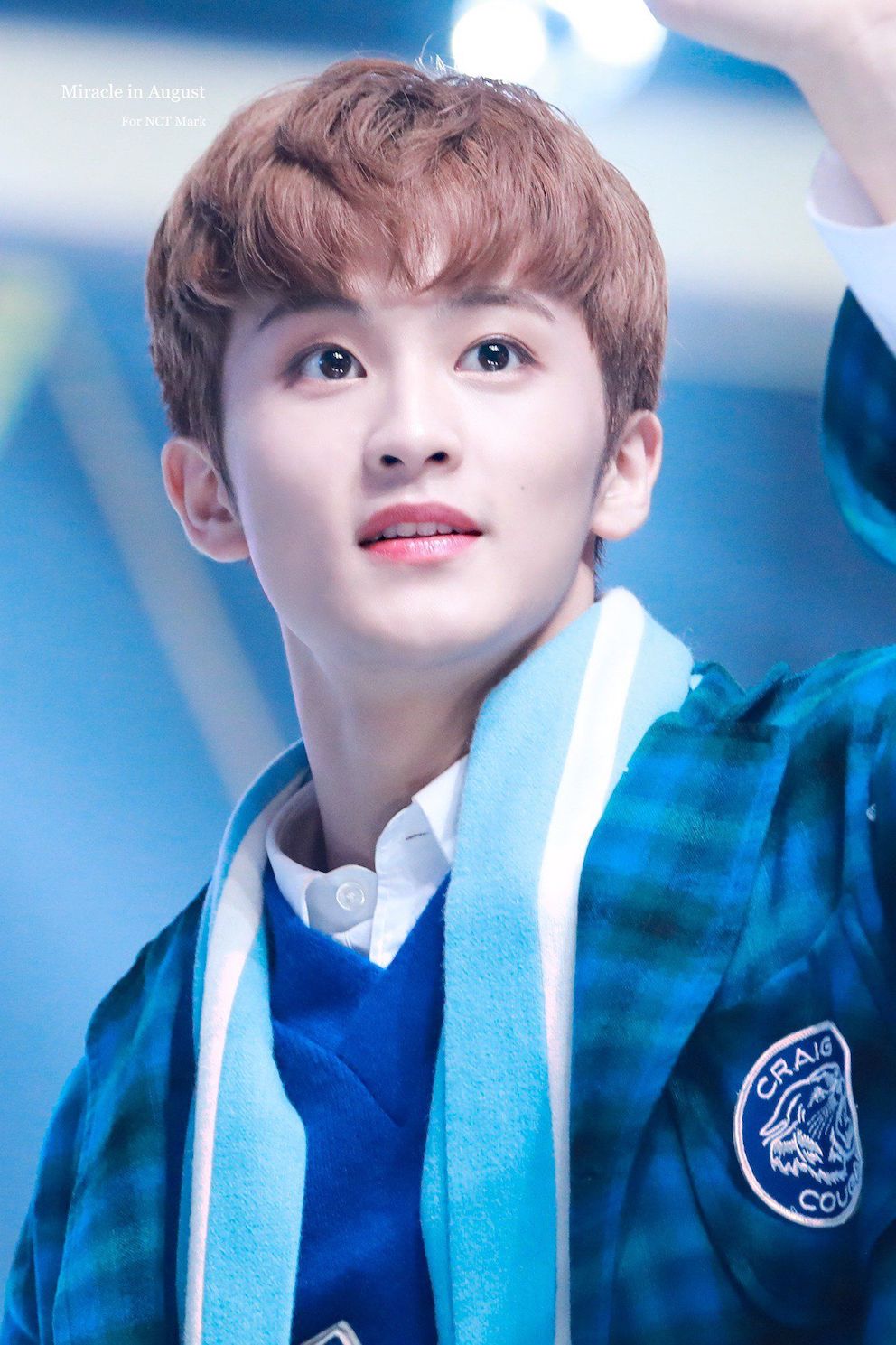 Mark’s given name is Mark Lee and his Korean name is Lee Min-hyung. It was announced Mark would be returning to NCT Dream once promotion of the Japanese mini-album The Dream finishes. As the former NCT Dream leader, who graduated in 2018, many look forward to Mark’s return. Mark is Korean-Canadian. He is one of the main rappers and dancers for NCT Dream, but he can sing, write lyrics, and act as well. 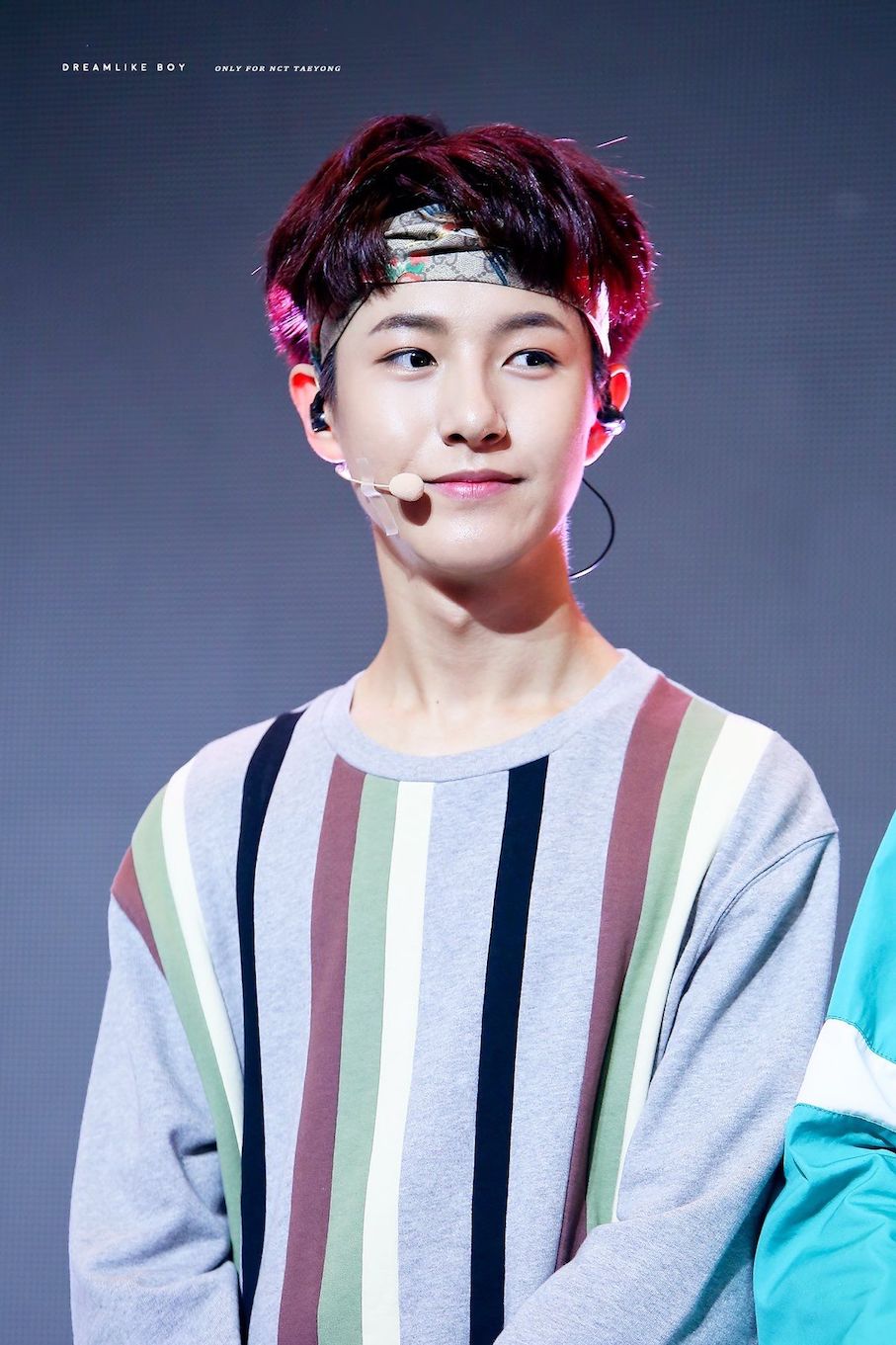 Renjun is currently a lead vocalist and lead dancer for NCT Dream. His given name is Huang Renjun and he was born in Jilin, China. Renjun is ethnically Korean even though he was born in China. He went to an elementary called Jilin Korean Ethnic Minority Experiment Elementary School and entered SM Entertainment already knowing how to speak Korean.

Renjun enjoys drawing as a hobby and specializes in ballet and contemporary dance. He really does not like coriander and his favorite movie is Avatar (the blue people, not the airbender). Renjun is the shortest member of NCT Dream. He really admires Lay from EXO and says that his favorite animal is a fox. 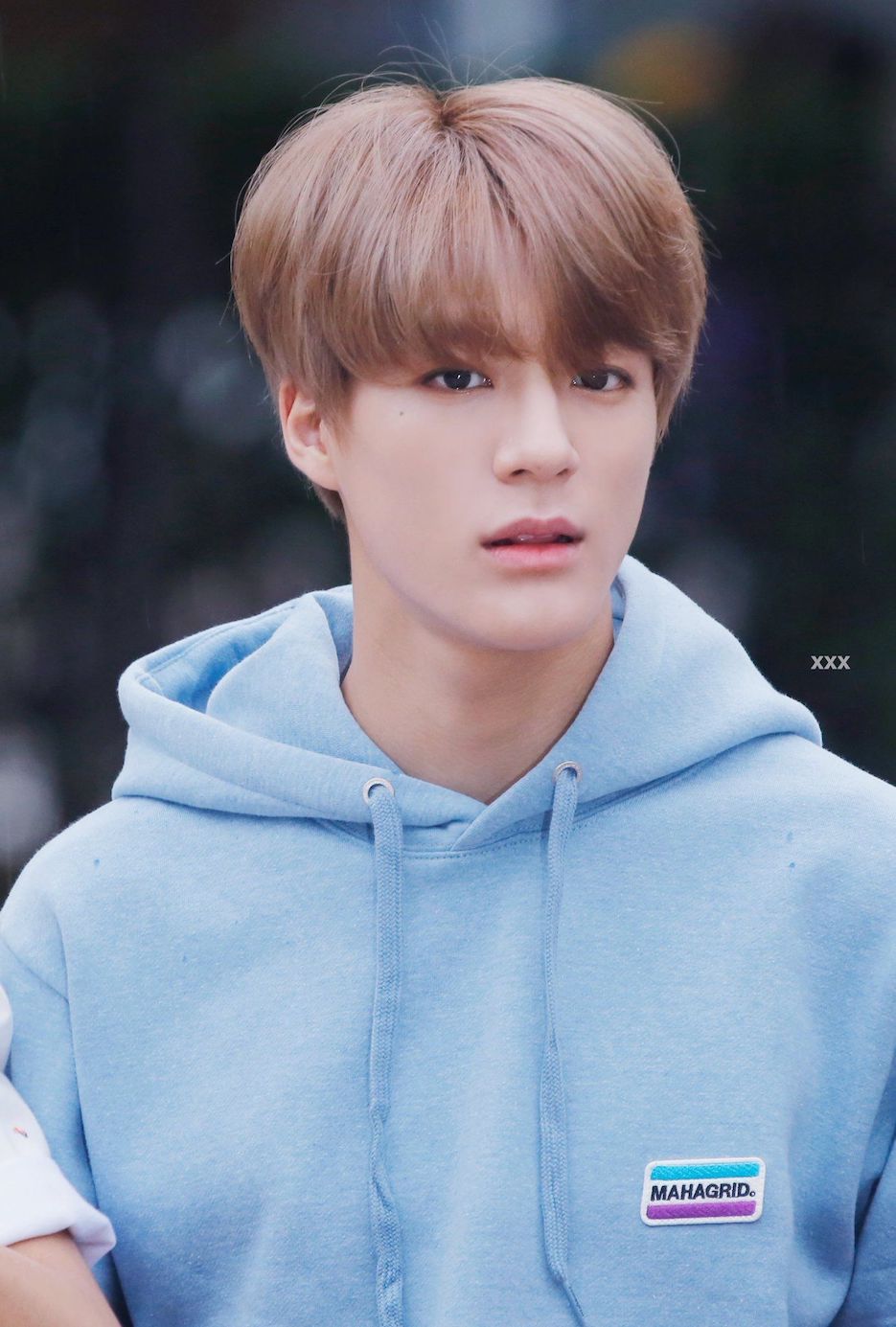 Jeno’s given name is Lee Je-no. He is a South Korean rapper, songwriter, singer, dancer, and actor who joined NCT Dream at the exact same day and hour as Jaemin. Jeno is excellent at sports and studiously learned acrobatics in a short period of time for NCT Dream’s The Dream Show Challenge.

Jeno apparently adores cats because he owns three of them despite being allergic to them. Their names are Bongshik, Nal, and Seol. Jeno has a YouTube series called JSMR. You can find it on the NCT Daily YouTube account. Last but not least, Jeno can play guitar & violin and has a fear of not being able to breathe – which, honestly, don’t we all? 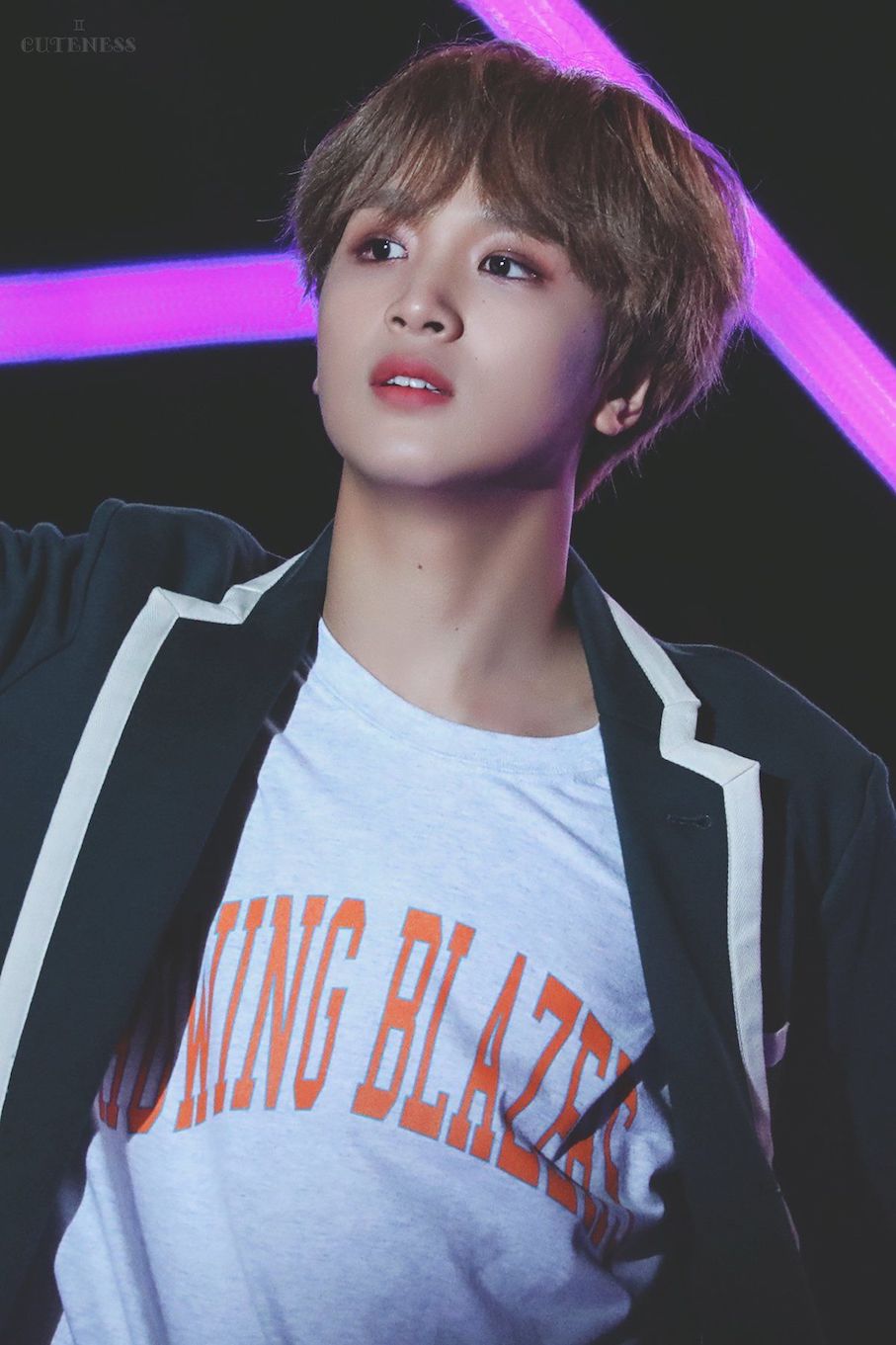 Haechan identifies as Christian and uses a lot of aegyo (cute faces). His favorite colors are red & black, and he’s actually somewhat colorblind. Haechan is said to do most of the cleaning in the dorm and was also the member voted most likely to answer his phone. Haechan said the song that inspired him to become an artist was “Replay” by SHINee. Haechan is also part of NCT 127. 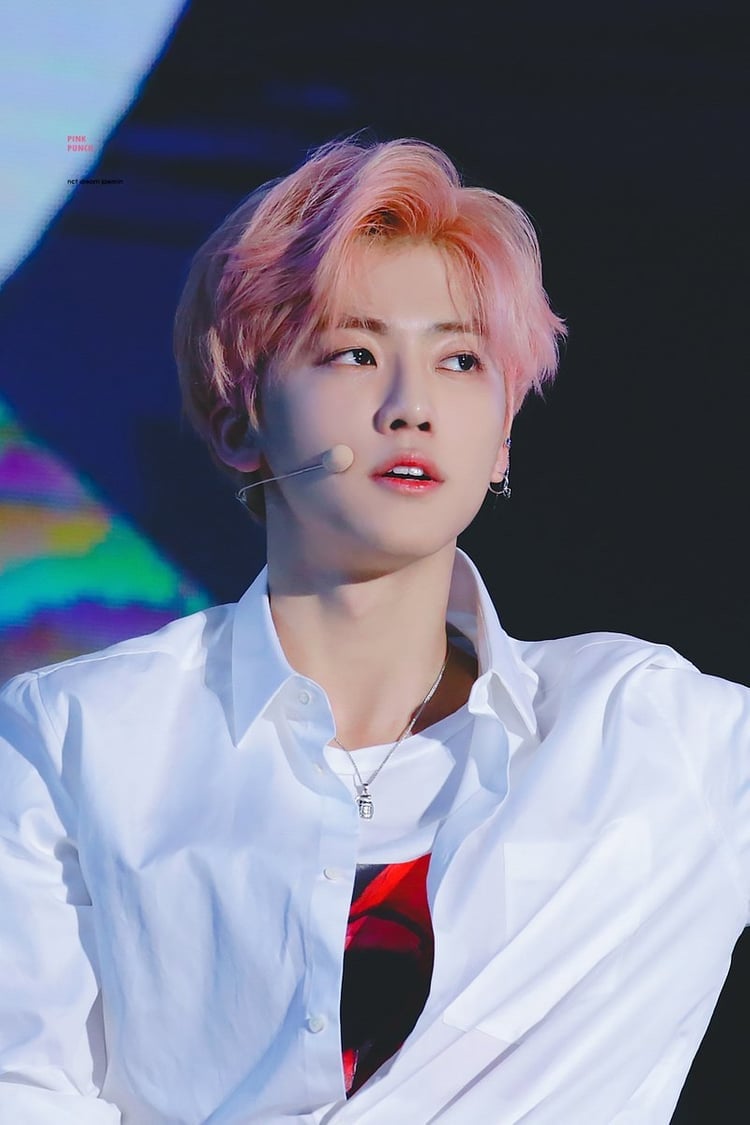 In a twist of events, although Jaemin aspired to become a doctor, his mother encouraged him to become an idol. When Jaemin was scouted by SM Entertainment while doing volunteer work, his mother told him it would be a good idea to pursue a career in music since his grades weren’t very good. (Good grades are pretty essential for a medical career.)

It seems the musical career path turned out pretty well for Jaemin. Jaemin is known for his fervent dedication to fans, so Jaemin stans were pretty worried about him when he had to take a hiatus due to a herniated disc in 2017. By March of 2018, Jaemin was back on his feet and showing love to his fans. 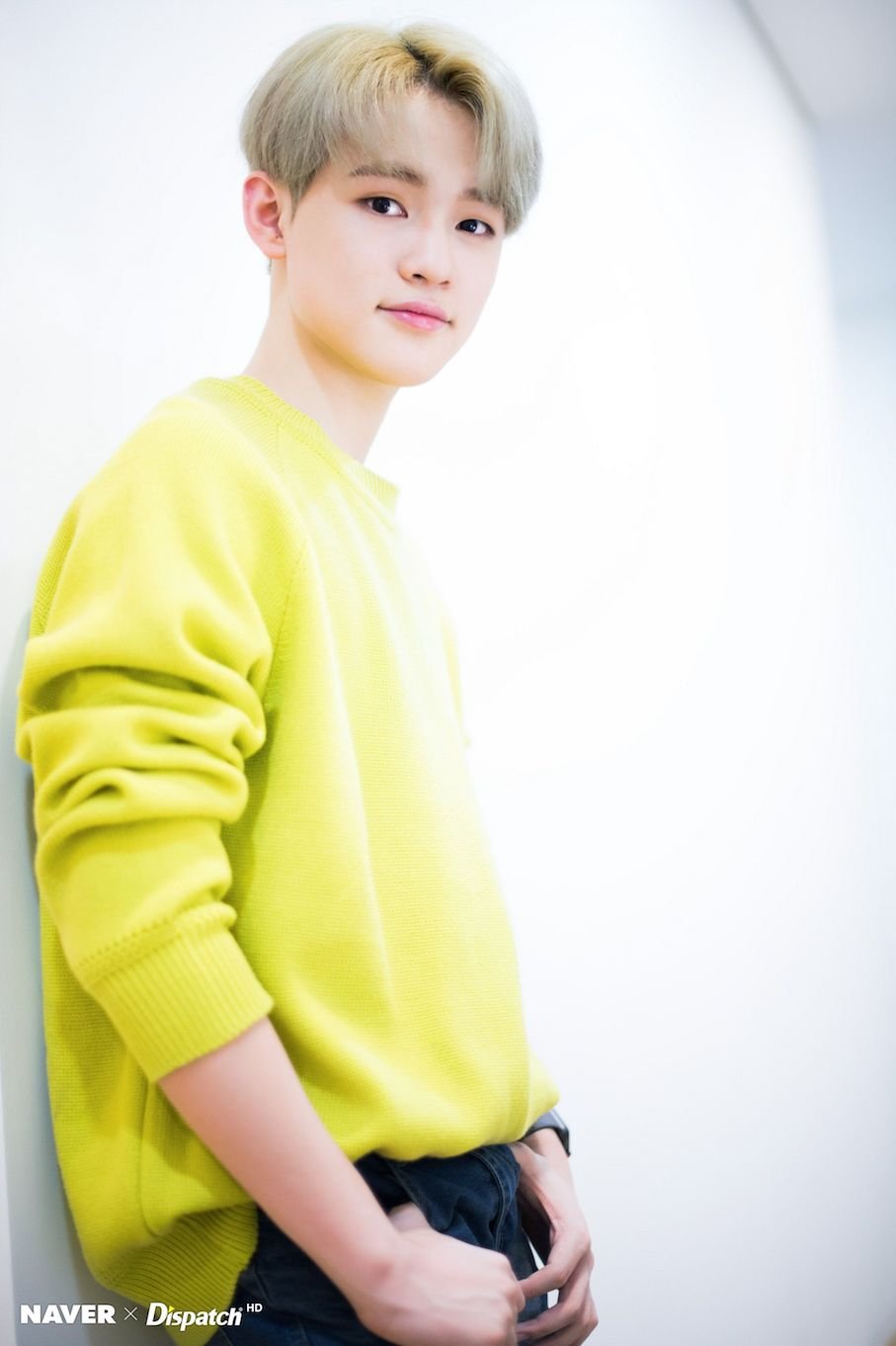 Chenle no longer lives in a dormitory with the rest of the members. His family is known to be very rich. Chenle’s mother bought him a house in South Korea so this is where he stays whenever NCT Dream isn’t promoting. Chenle loves anything chocolate, is afraid of spiders, and his catchphrase is “Oh my GAWD”. 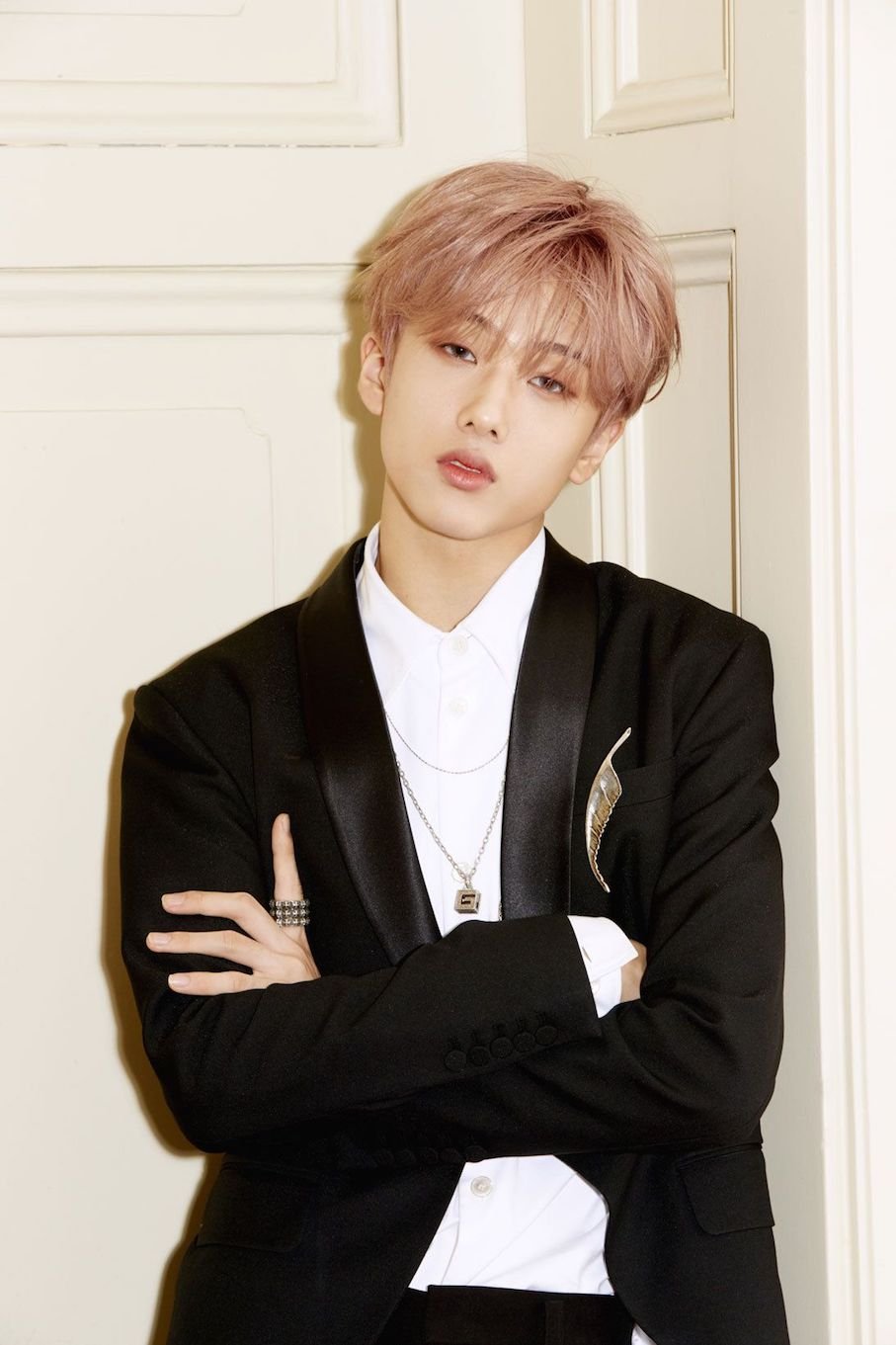 Jisung is known as the maknae (youngest one) of the NCT Dream group. His given name is Park Ji-sung and he is a South Korean singer, songwriter, rapper, dancer, and actor. He’s the main dancer and a lead rapper of NCT Dream. A fun fact about Jisung is he’s afraid of cockroaches. One time Haechan & Jeno played a prank on him by putting a picture of a cockroach as his iPod wallpaper and Jisung dropped it & screamed.

Newbies on the block

In keeping with their theme of continuously adding members, NCT added two new boys to NCT U on October 12, 2020: Shotaro & Sungchan. Since NCT Dream is no longer the place for accepting new & young recruits, no one knows what other subunits Shotaro & Sungchan will ultimately be placed in. Some speculate they’ll be the cause of a new NCT subunit altogether. Here’s what we know about them. 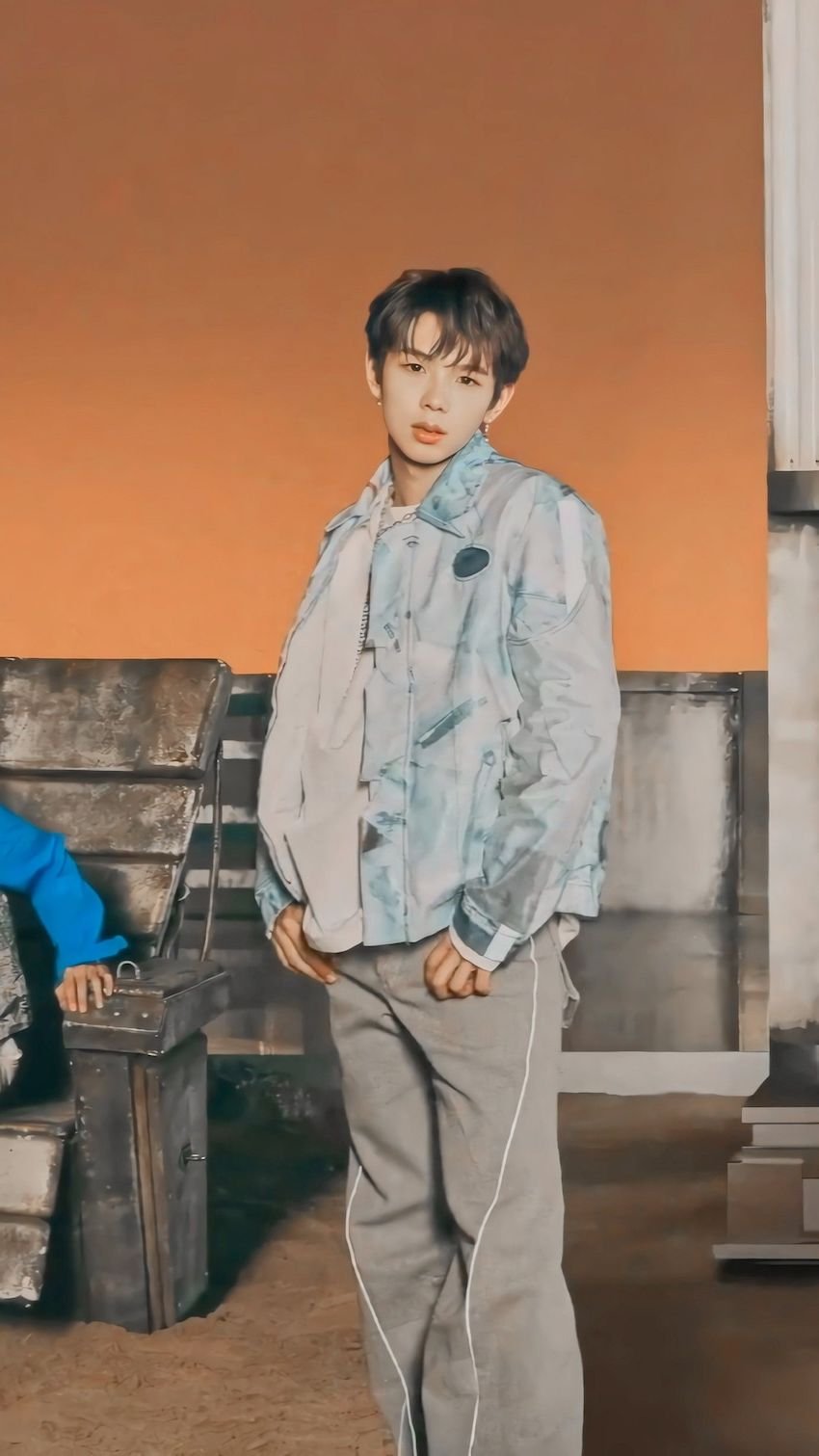 Shotaro is one of the newest NCT members. He made his debut on NCT 2020 Resonance Pt. 1. Since SM Entertainment recently changed the structure of NCT Dream to a fixed subunit (instead of one where members graduate out), fans believe that Shotaro and other new members will be part of a new NCT subunit. Some even predict that members in current subunits will be switched to or at least join this new subunit.

Shotaro’s given name is Osaki Shotaro. He’s a Japanese rapper and dancer born in Kanagawa, Japan. You can catch him in NCT U’s “Make a Wish” music video. Shotaro’s looking forward to the rest of his career with NCT and promises to work hard at learning Korean. His secret talent is whistling through his teeth and his hobbies include dancing, playing basketball, and watching mukbangs. 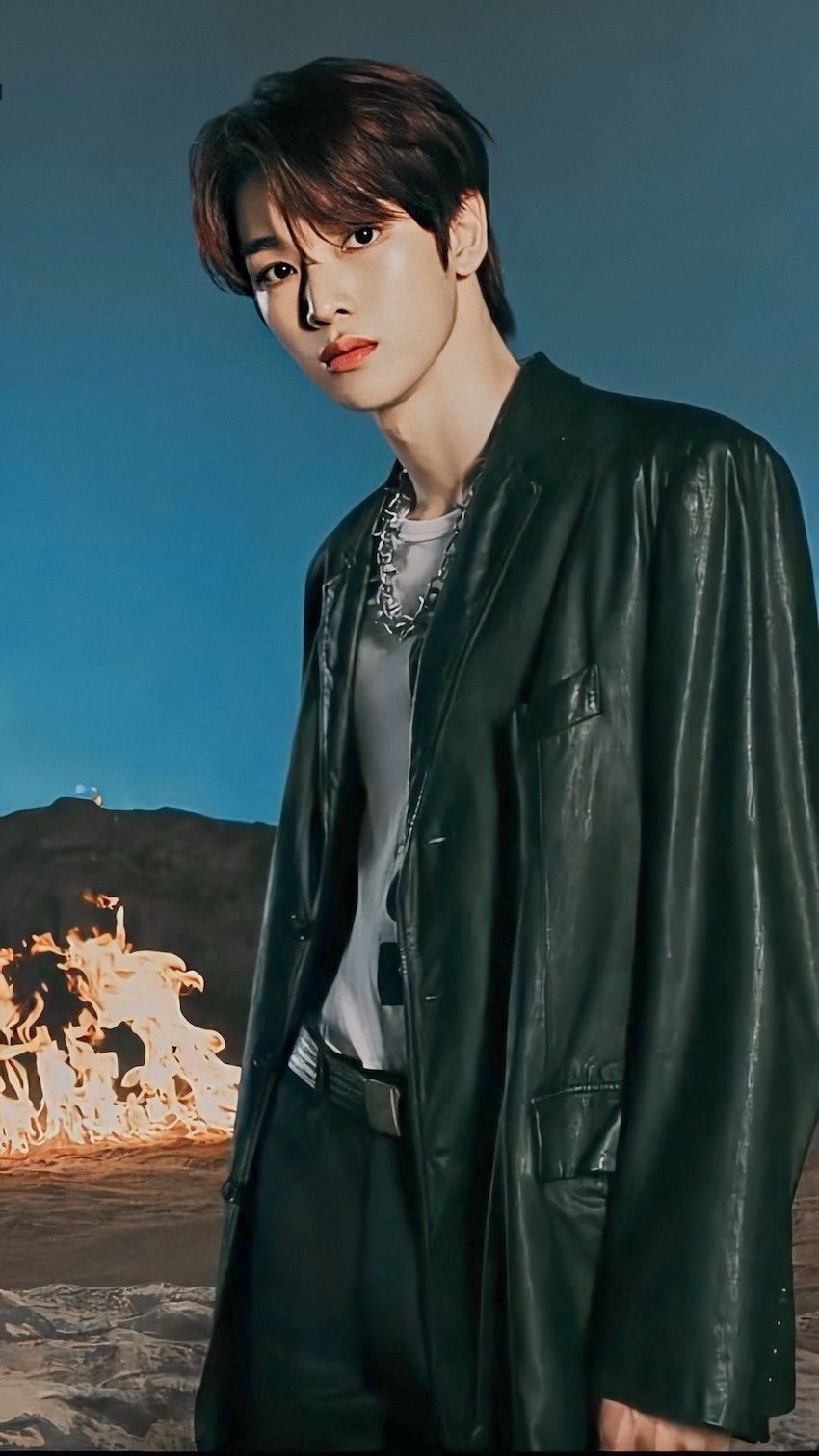 Sungchan also made his debut on NCT 2020 Resonance Pt. 1. He hasn’t been assigned another subunit yet, but fans hold their breath in anticipation of what will happen next. Sungchan is a South Korean rapper who was born in Seoul, South Korea. Sungchan, too, is seen in NCT U’s “Make a Wish” music video.

Sungchan enjoys gaming, working out, writing rap lyrics, playing soccer, and watching animal videos. He’s known for his broad shoulders and talented dancing. Many think Sungchan’s charming points are his eyes & height. His favorite foods are sushi and sashimi. We hope you enjoyed our rundown of NCT 2020’2 members.