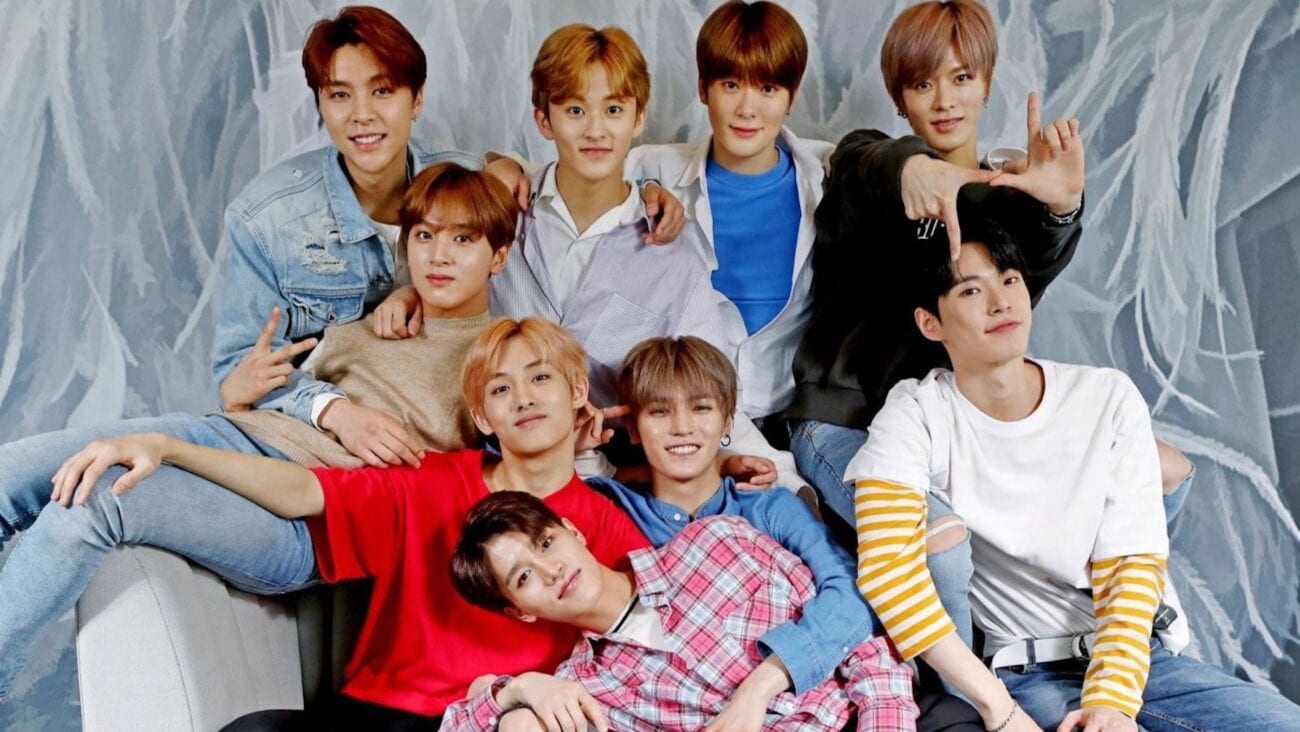 Get to know the NCT members: Everything to know about NCT 127

NCT (or Neo Culture Technology) has embraced the idea of unlimited band members. That’s right. They reserve the right to continue adding members to their band roster indefinitely and have broken their current twenty-three members into four subunits: NCT U, NCT 127, NCT Dream, and WayV. Two new members (Shotaro & Sungchan) have even been added to NCT as late as October of 2020.

It seems like their goal is to debut subunits in specific regions of the world and then focus a lot of their attention in each region respectively. Technically, every NCT idol is part of NCT U. Although some are considered original members, for NCT U, everyone is included and it’s only that lineup changes. 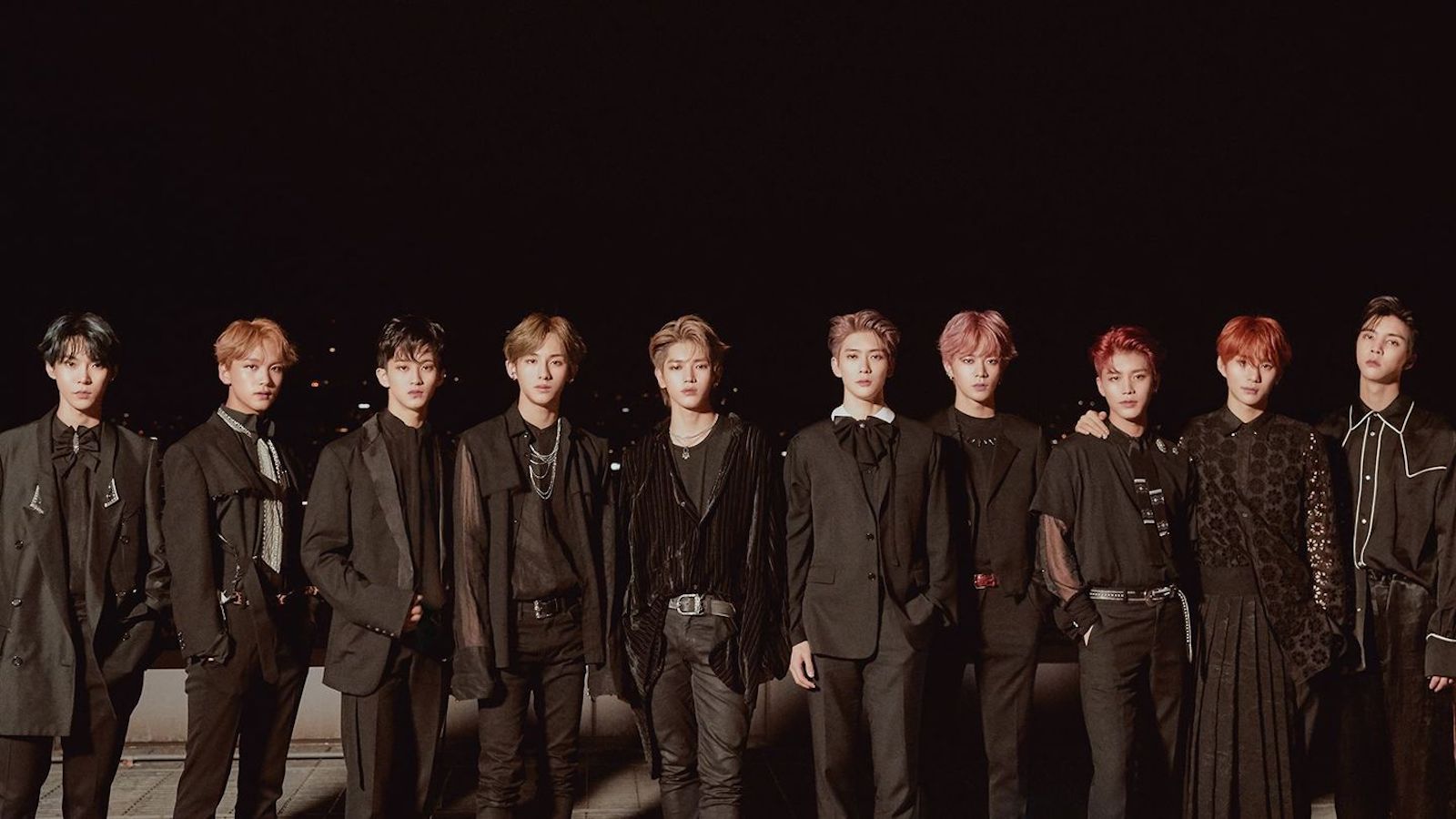 If an unlimited number of band members sounds like the perfect marketing scheme, that’s because it is – but it also means more biases to choose from, so can we really be annoyed?

NCT 127 is the second subunit of NCT with Taeyong as its leader. NCT 127 debuted on July 7, 2016. They created their name by taking the longitude of Seoul, South Korea (the city they’re based in) and attaching it to NCT. NCT 127 added members Doyoung and Johnny in 2017, so their group has ten members as of 2020. 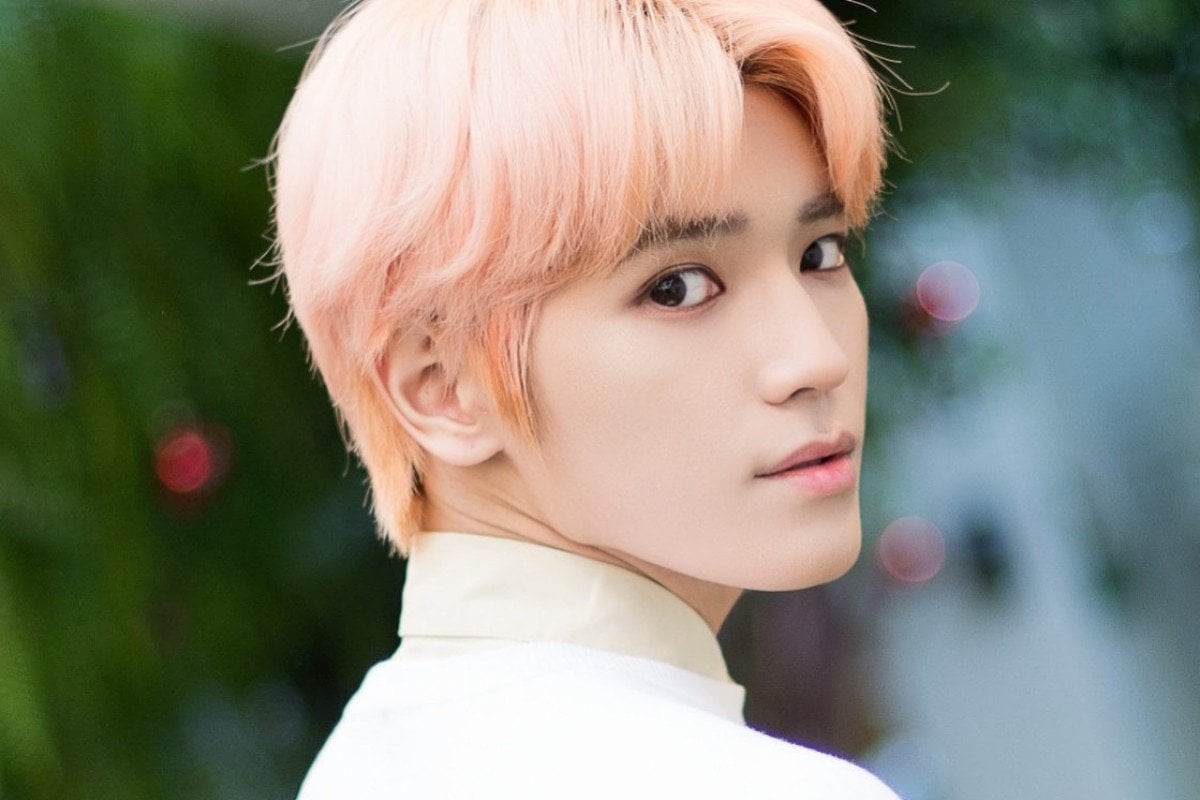 Taeyong’s given name is Lee Tae-yong. He’s a South Korean singer, rapper, dancer, and songwriter who is the leader for NCT 127. Before Taeyong joined SM Entertainment he wanted to be a firefighter. The other NCT members marvel at this because they can’t imagine him being anything but a K-pop idol.

Despite his childhood dreams, Taeyong wants to continue performing onstage for at least another decade. He washes his hands a lot because he has mysophobia (fear of contamination & germs). Taeyong describes his fear as something not too serious but if he, say, sees something on the floor of the dorm he has to clean it up immediately or it will bother. Taeyong’s a confident guy and has admitted being away from his family has been difficult for him. 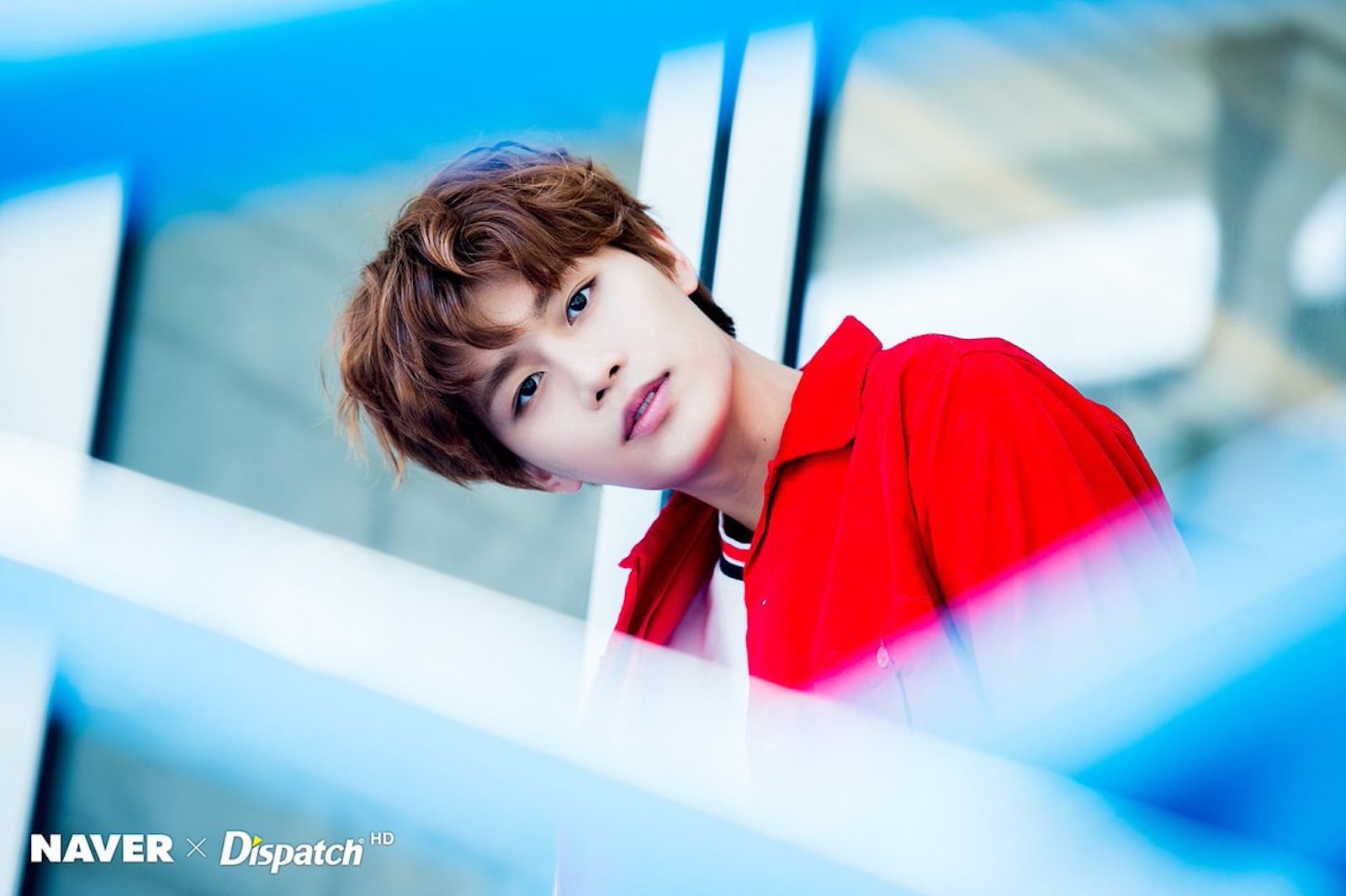 Taeil is the South Korean singer who is the main vocalist of NCT U and NCT 127. His given name is Moon Tae-il. Taeil has one younger sister and when he was young he wanted to become a lawyer. Taeil loves animals so much that he dreams of becoming a zookeeper when he’s older. He’s the oldest member out of all of the members in NCT, but he doesn’t mind when the youngest members speak to him informally. 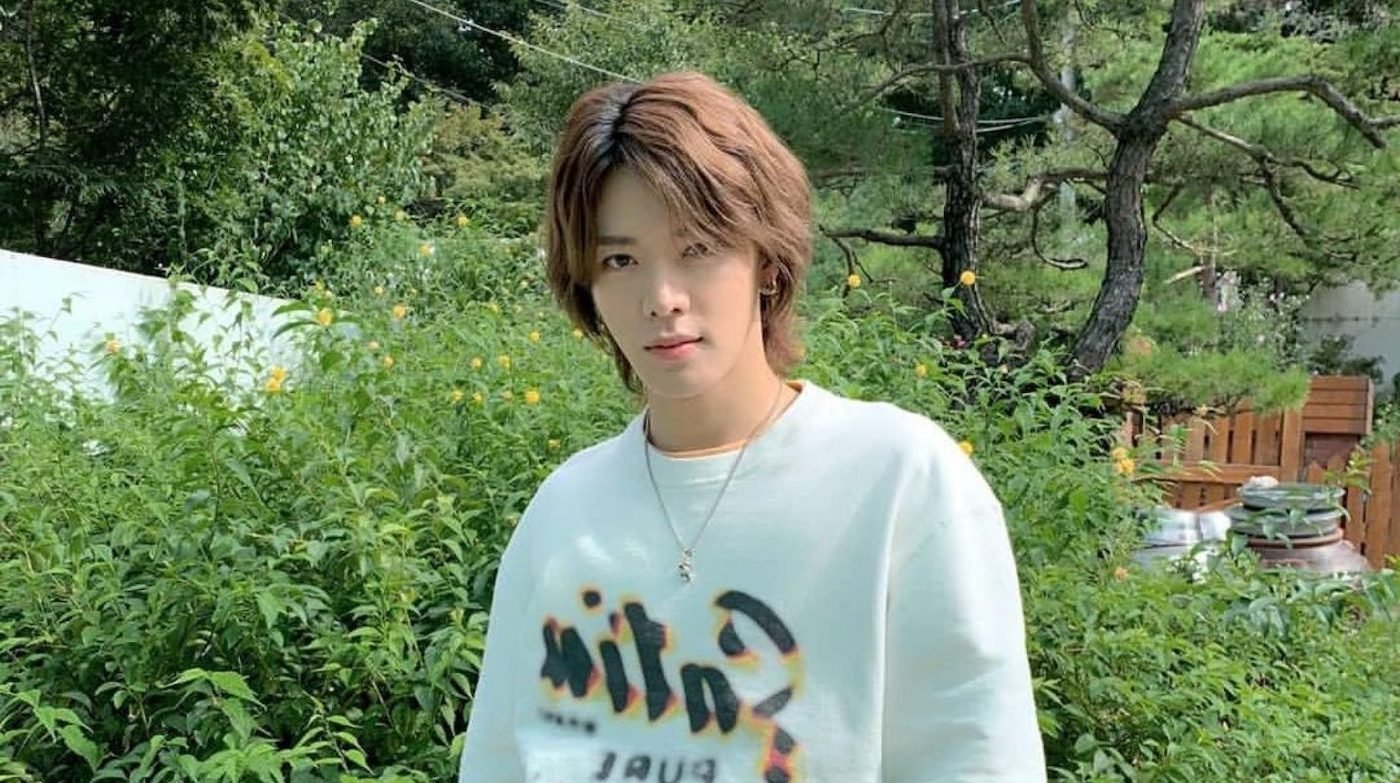 Yuta’s given name is Nakamoto Yuta. He is one of the two Japanese members currently part of NCT. He is a singer, rapper, and dancer who also enjoys playing football. Yuta is very extroverted and has been described as savage at times. He originates from Osaka, Japan where he played soccer for seven years. He has a dog named Rapunzel and wants to spend time in Okinawa, Japan when he retires. 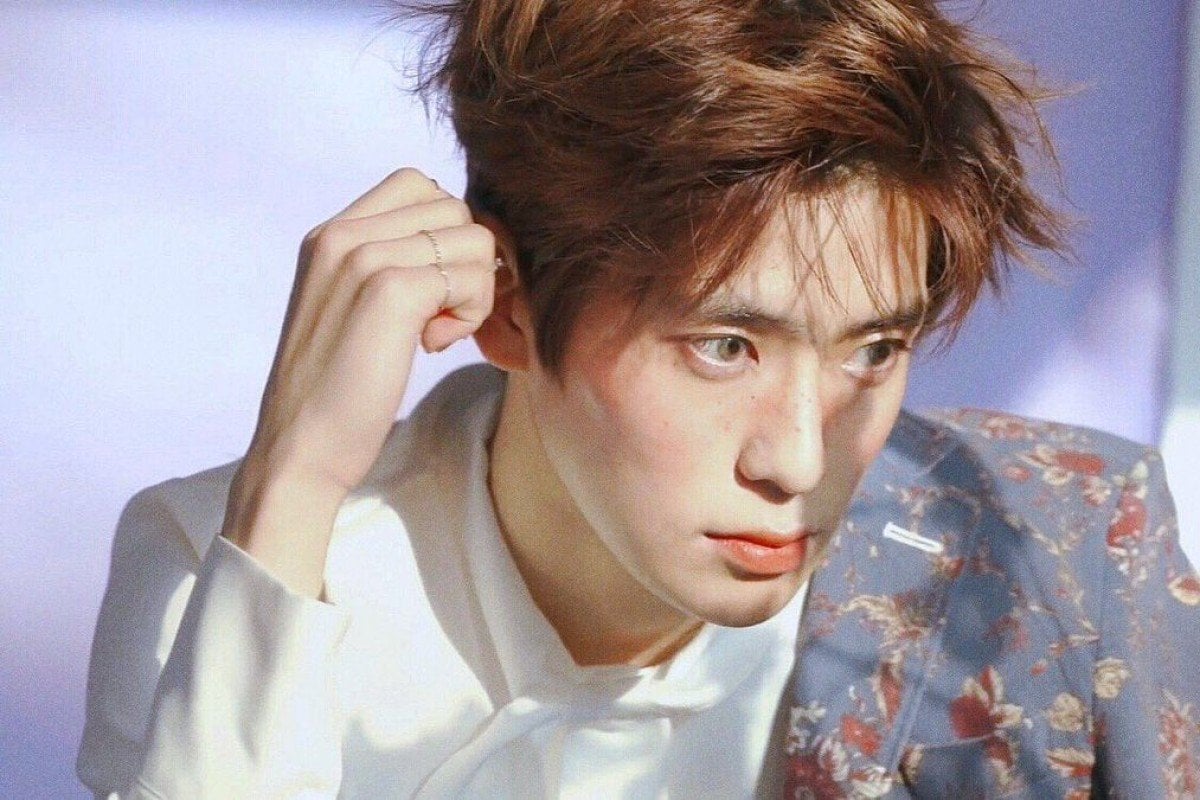 Jaehyun’s official name is Jeong Yun-o, but he was born Jeong Jae-hyun. He’s a South Korean singer, songwriter, rapper, & actor, and the lead vocalist & dancer of NCT 127. Jaehyun’s nickname is Casper because of how pale he is. Some also say he looks like a cartoon character.

Jaehyun speaks fluent English because he lived in Connecticut, United States for four years. Although Jaehyun was very shy in school, he was said to have had a very talkative personality at home. Jaehyun is very good at studying and joined SM Entertainment when he was in eighth grade. He likes Pokemon, horror flicks, and musicals. 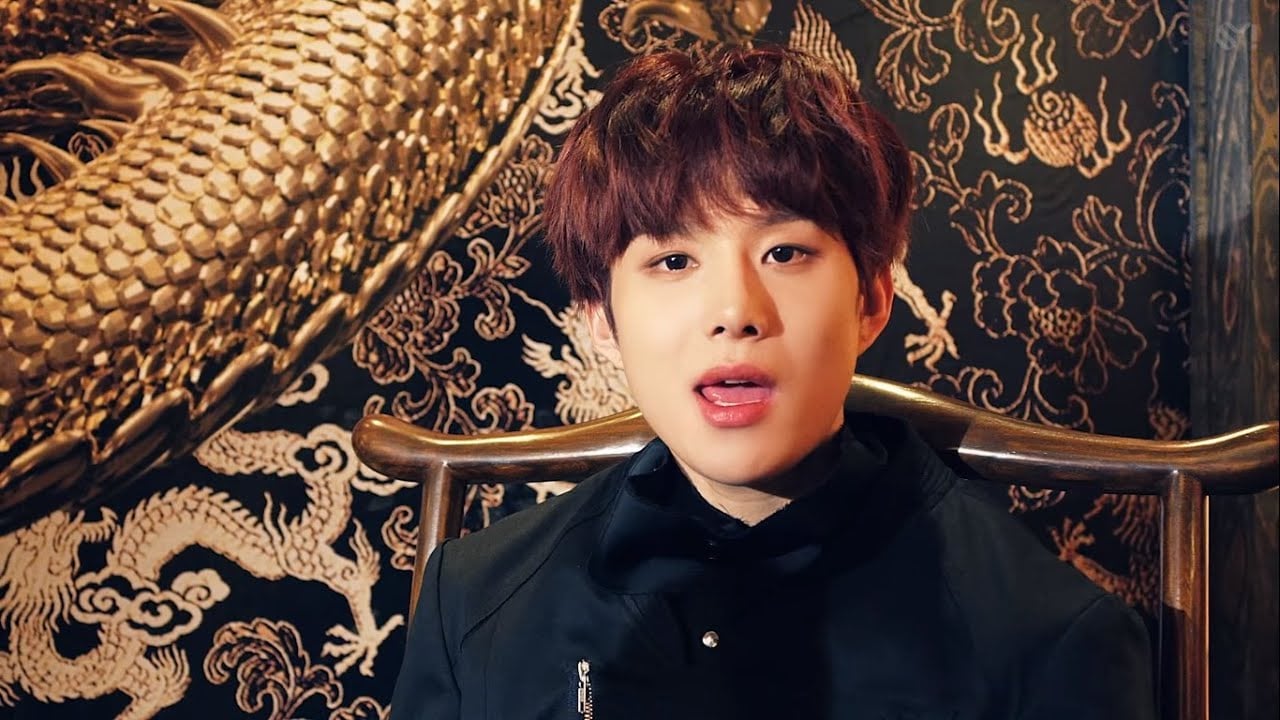 Jungwoo was born in Sanbon, South Korea and lived there until he was four years of age. His given name is Kim Jung-woo and his hometown is considered to be Gimpo, South Korea. Jungwoo likes cleaning and being tidy so he probably gets along well with Taeyong.

Jungwoo gets nervous very easily but is great at impersonating people. He really loves eating so he would never be caught dead without snacks. Jungwoo brings snacks in his bag wherever he goes and is known for sharing some during NCT practices. Jungwoo says that out of all the senior artists he respects Taemin from SHINee the most. 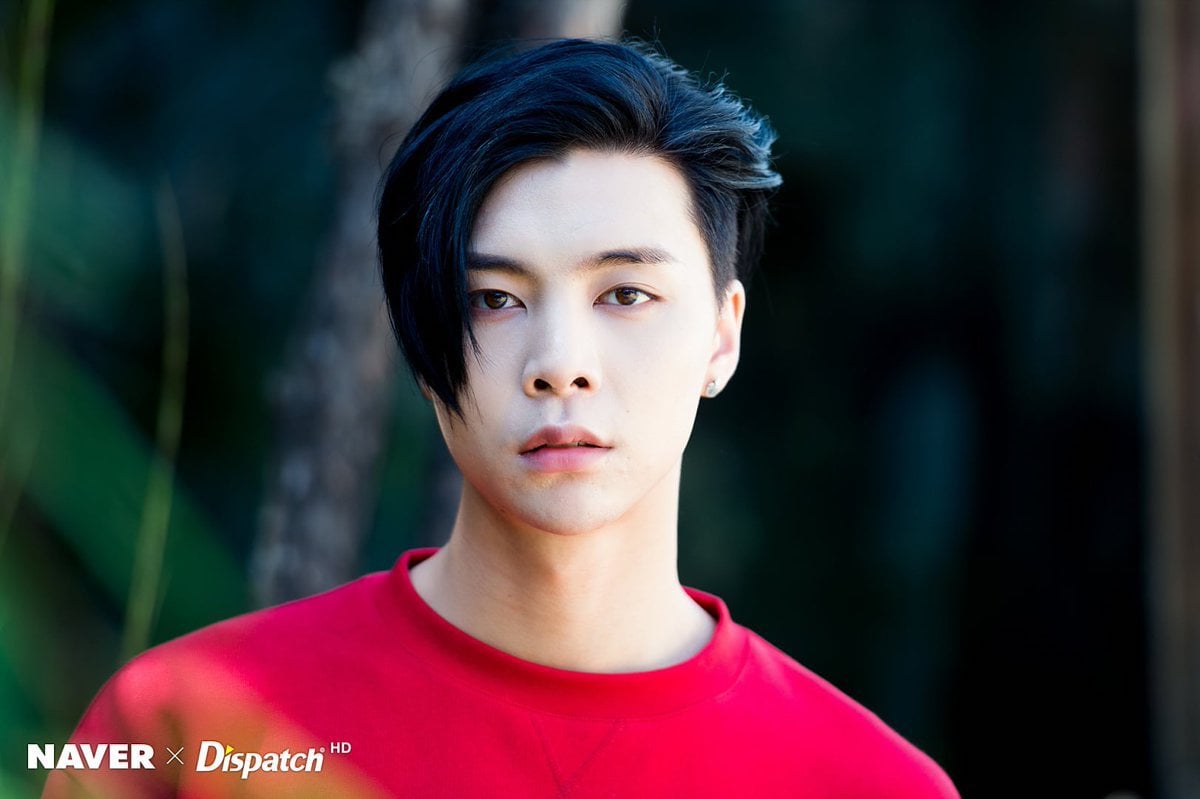 Johnny is a Korean-American rapper who was born in Chicago. His given name is John Suh (Korean name: Suh Young-ho). Johnny knows how to dance, rap, play the piano, DJ, and make people happy. He was accepted into SM Entertainment at an SM Global Audition in Chicago in 2007.

Johnny can speak both Korean & English and people say his personality changes when he switches between languages. He is clumsy, loves cute things, and is a coffee addict. Johnny is an only child. His favorite movies include Begin Again, Tangled, and The Pursuit of Happiness. 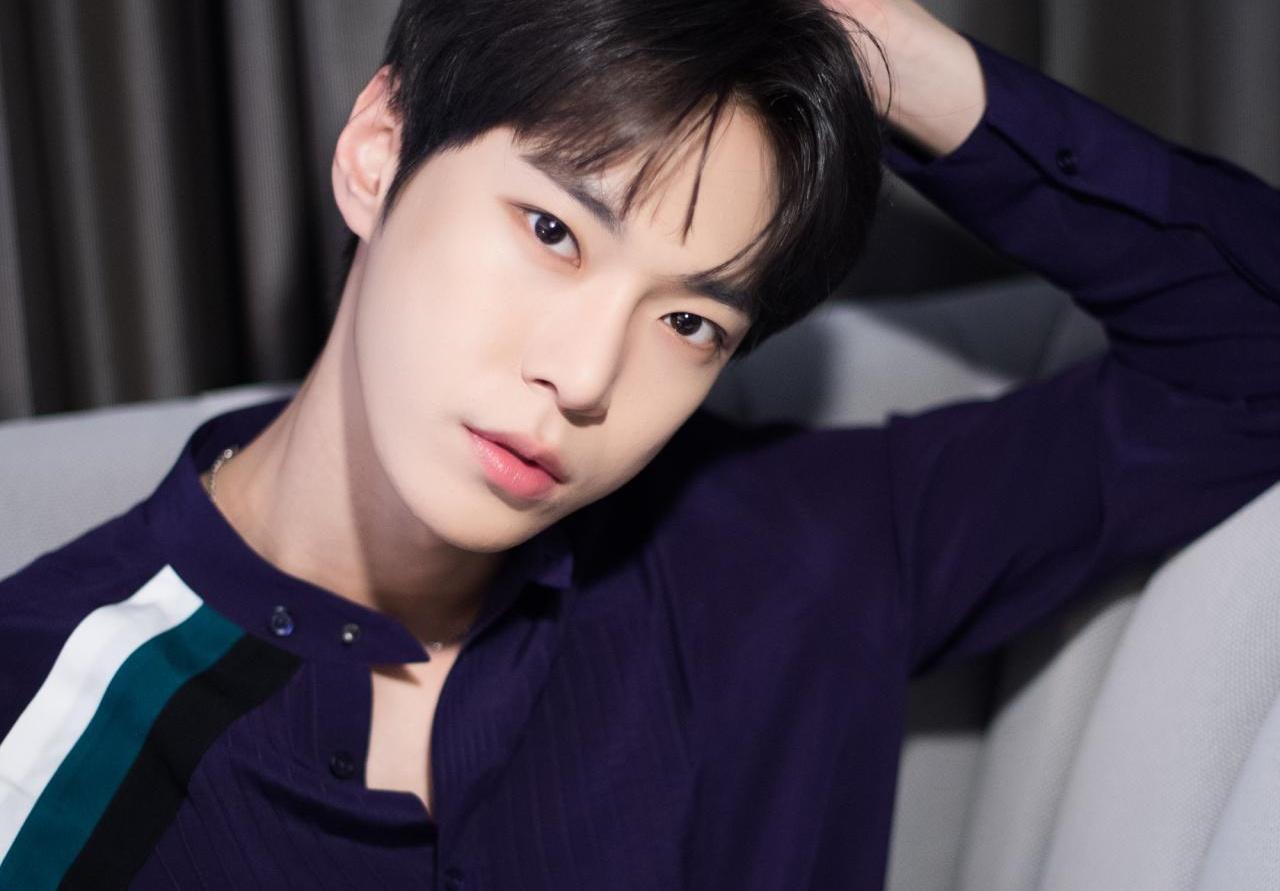 Doyoung is a South Korean rapper born in Guri, South Korea. His given name is Kim Dong-young. He’s one of the main vocalists for NCT U and NCT 127. Doyoung can play the flute and sing trot songs (a Korean music genre with repetitive rhythm and vocal inflections).

Doyoung was cast in SM Entertainment in 2013 and really wants to try being a radio DJ one day. He won first place at the Gyeongju Youth Arts Festival in 2013. Doyoung used to be in a band called Heart Attack in his schoolboy days. He has good memorization skills and was voted most reliable member in NCT NightNight. 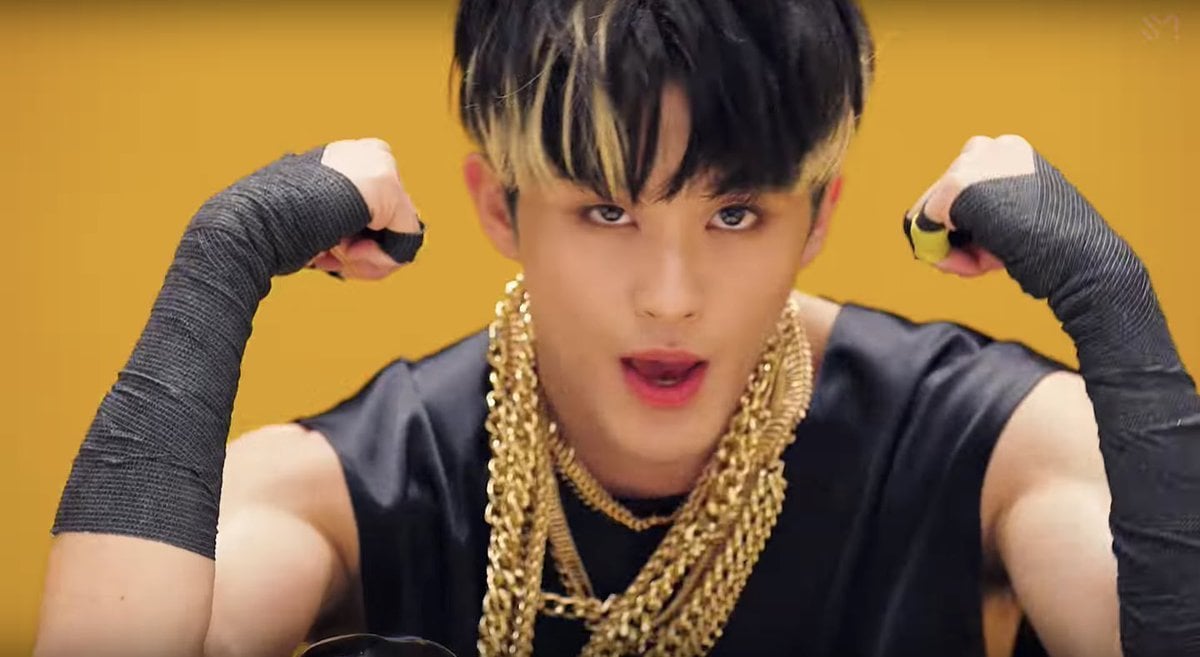 Mark’s given name is Mark Lee and his Korean name is Lee Min-hyung. It was announced Mark would be returning to NCT Dream once promotion of the Japanese mini-album The Dream finishes. As the former NCT Dream leader who graduated in 2018, many look forward to Mark’s return. Mark is Korean-Canadian. He is one of the main rappers and dancers for NCT Dream, but he can sing, write lyrics, and act as well.

Mark sub-vocalizes for NCT U and NCT 127. Some may be surprised to know he is also part of the K-Pop supergroup SuperM, which consists of beloved members from four different SM Entertainment boy bands. Mark’s ideal girl is someone who has long hair and a nice personality. Mark identifies as a Christian and both his parents are also musicians. He can speak English & Korean, and a little bit of Japanese & French. 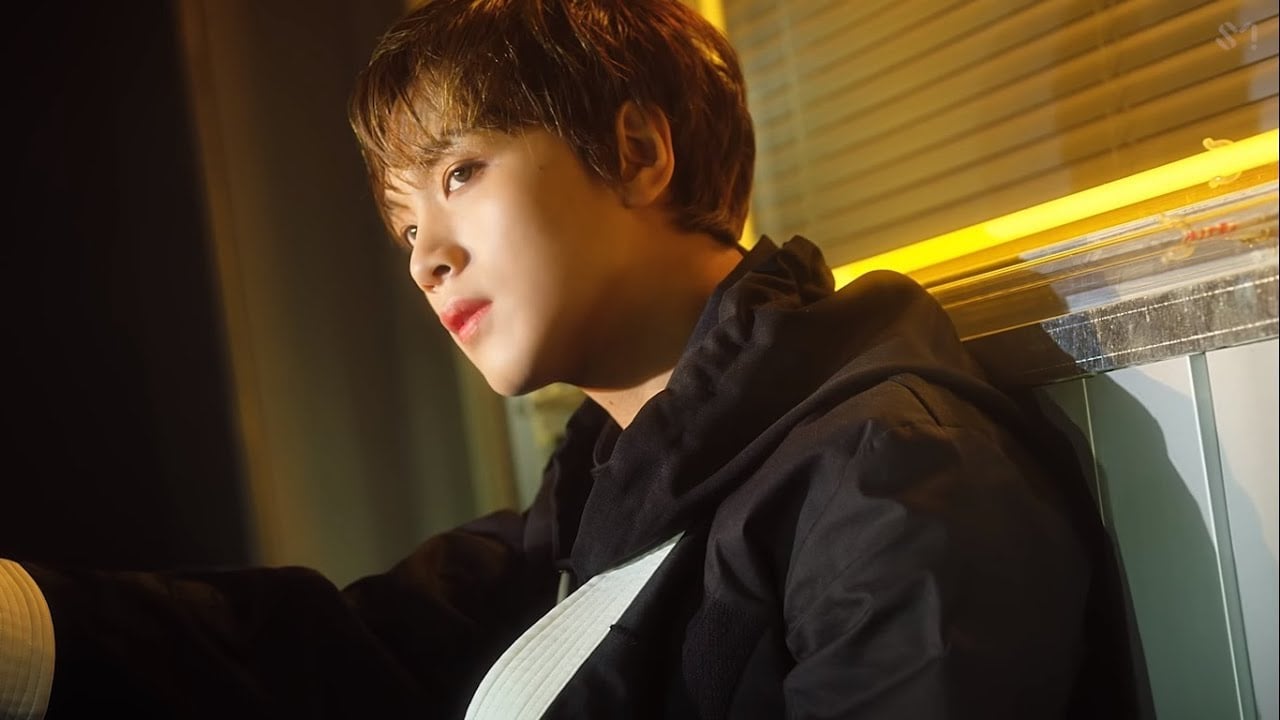 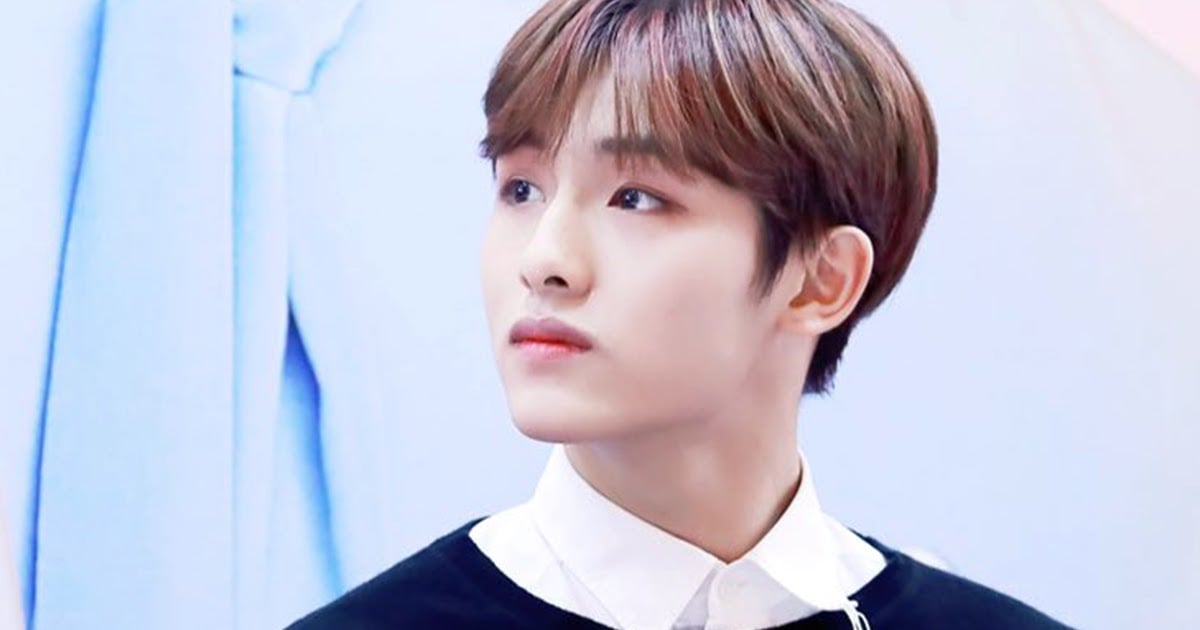 Winwin is currently inactive in NCT 127 because he’s been busy promoting WayV in China. So the only reason he’s out of commission in NCT 127 is because the itineraries overlapped and it would have been a scheduling nightmare to keep him active in NCT 127. Winwin’s given name is Dong Sicheng. He’s a Chinese rapper and dancer who was born in Wenzhou Zhejiang, China.

Winwin can play the guitar and speak both Chinese and Korean. He got casted on the street by SM Entertainment while leaving Beijing Dance Academy, however it took SM Entertainment two years to actually get a hold of him. Apparently, whenever SM Entertainment scouted Winwin he would give them the wrong phone number because he thought they were scammers.