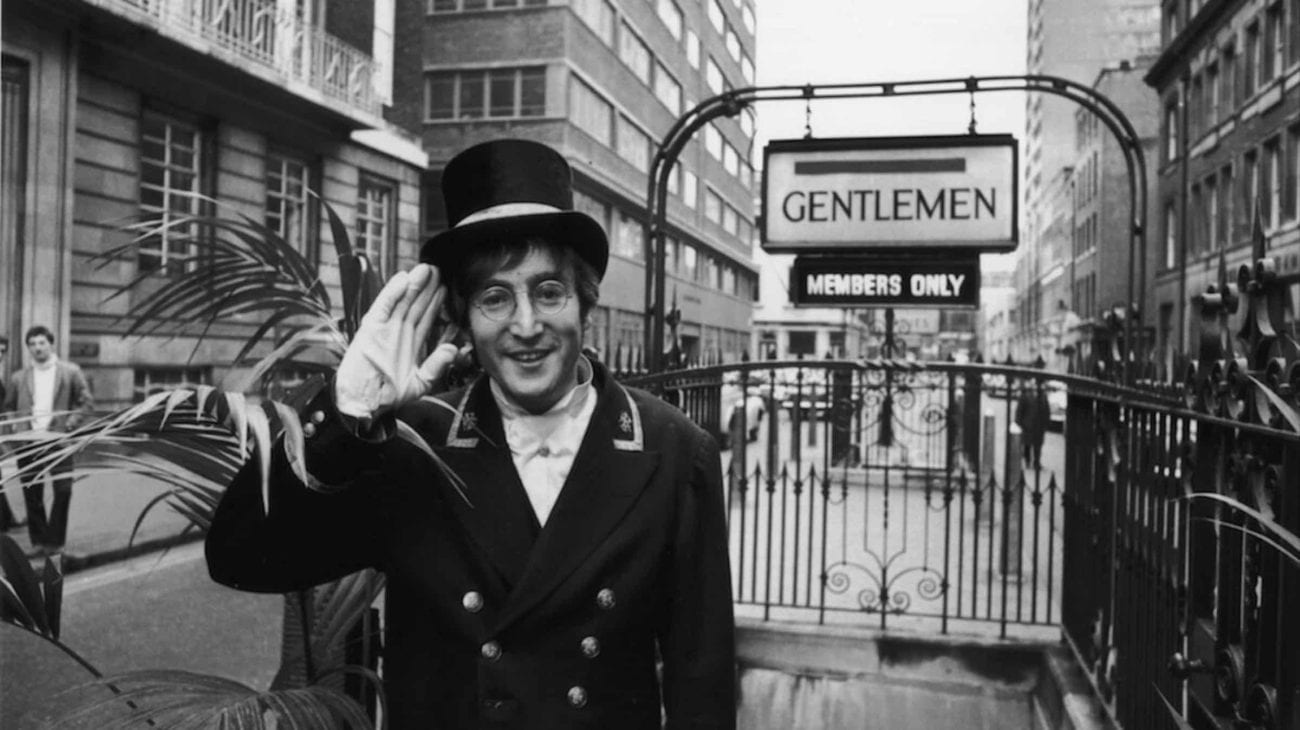 Mark David Chapman and the murder of John Lennon

Fame and death, there’s just something odd about it that goes together. Or, at least, it goes together within the popular consciousness. We’ve heard about the members of the 27 Club; musicians such as Janis Joplin, Kurt Cobain, and Amy Winehouse, all dead at the age of 27. The assassination of famed fashion designer Gianni Versace was at the center of American Crime Story’s latest season. The list goes on.

This brings us to the murder of John Lennon, former Beatle and music legend, who was assassinated outside of his New York home on December 8, 1980, by Mark David Chapman. The most casual music listeners has heard at least a song by the Beatles. Anyone who knew of the band knew that Lennon was murdered, but if you’ve never dug deeper, here’s the story.

Mark David Chapman was born on May 10, 1955, to David Chapman, a staff sergeant in the US Air Force, and Diane, a nurse. Chapman’s childhood was marked by a fear toward his father, who he said was physically and emotionally abusive. At 14, Chapman was using drugs and skipping classes. He also ran away from home, living on the streets of Atlanta for two weeks. He also said that he was bullied for not being a good athlete.

In 1971, however, Chapman discovered religion, becoming a born-again Presbyterian, and becoming a popular counselor at a summer camp. He had a girlfriend. Chapman would then move on to work for World Vision, helping Vietnamese refugees, and later would go to Lebanon to do similar work. 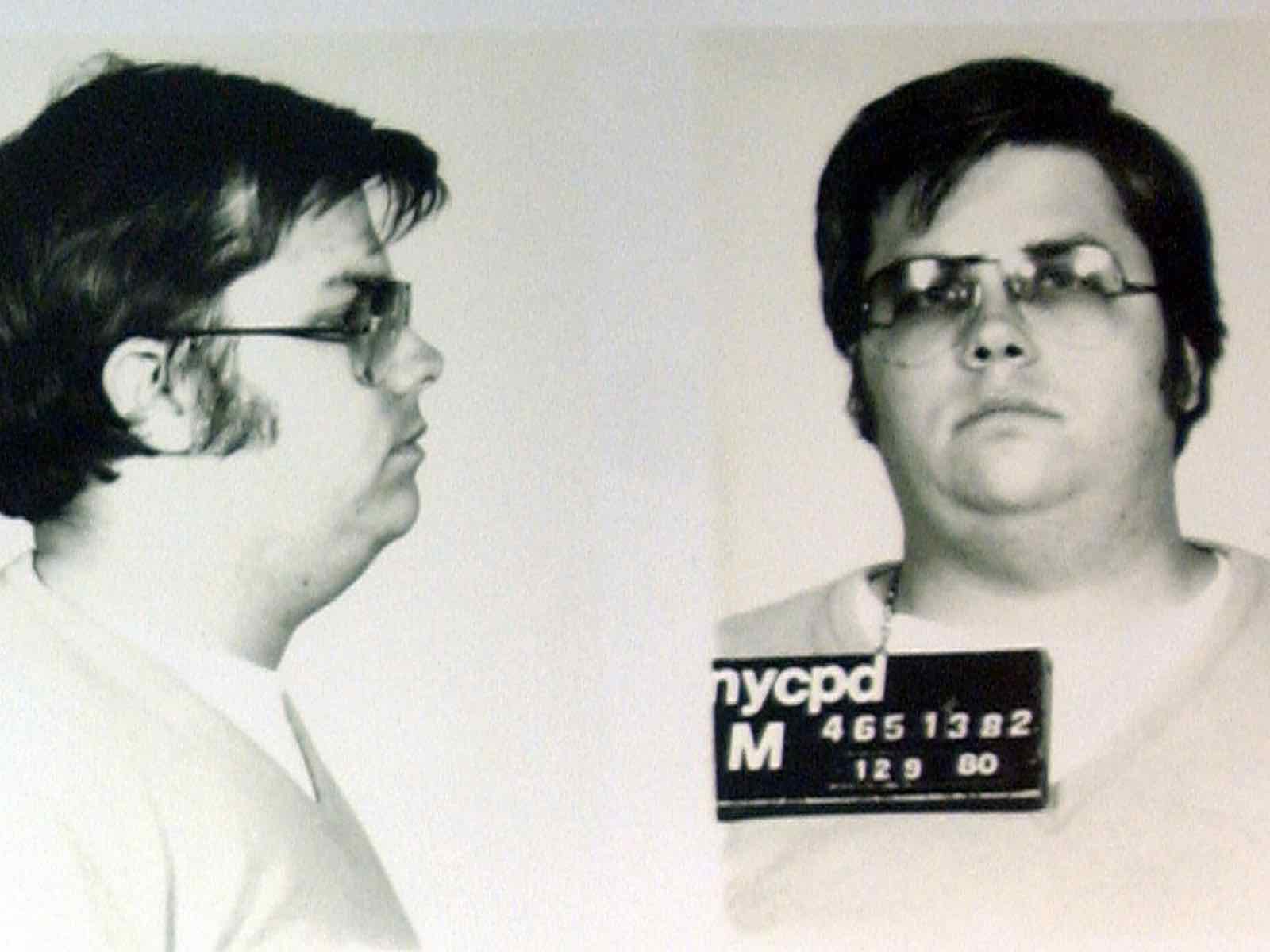 Things, however, spiraled for Chapman during his lone semester at Covenant College in Lookout Mountain, Georgia. He had an affair, which led to some deep guilt. It caused him to have suicidal thoughts and feelings of inadequacy. His girlfriend left him and Chapman drop out. He would become a security guard, but it was interrupted by a failed suicide attempt following a move to Hawaii.

Eventually, he was diagnosed with clinical depression and would even work at the hospital where he was treated. His mother moved in with him following a divorce from his father. In 1978, Chapman met travel agent Gloria Abe when planning a trip around the world. The two married in 1979, but Chapman lost his job at the hospital.

Then he started to spiral. 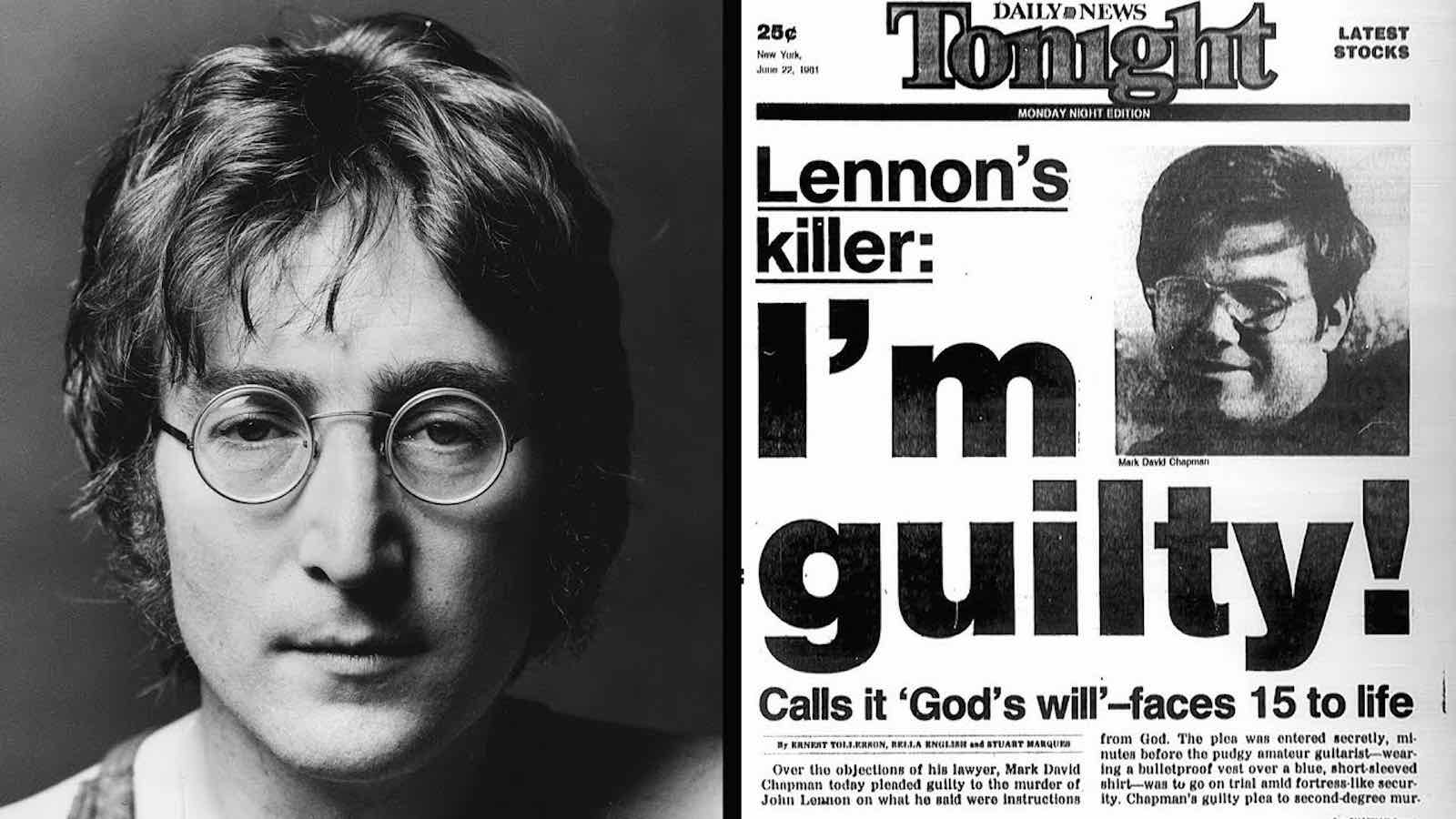 Chapman, due to his religious conversion, picked Lennon due to his infamous 1966 comment about the Beatles being “more popular than Jesus”, which he considered blasphemy. He also, due to his obsession with J.D. Salinger’s The Catcher in the Rye, picked Lennon because he felt that the man was a hypocrite, or a phony.

Chapman would later say, “He told us to imagine no possessions and there he was, with millions of dollars and yachts and farms and country estates, laughing at people like me who had believed the lies and bought the records and built a big part of their lives around his music.”

In 2010, however, Chapman said that he picked Lennon out of convenience more than anything else. He had a list of potential targets in mind such as Paul McCartney, Johnny Carson, Elizabeth Taylor, Ronald Reagan, and Jacqueline Kennedy Onassis. He wanted to make a statement and the only criteria that he really had was “famous”. 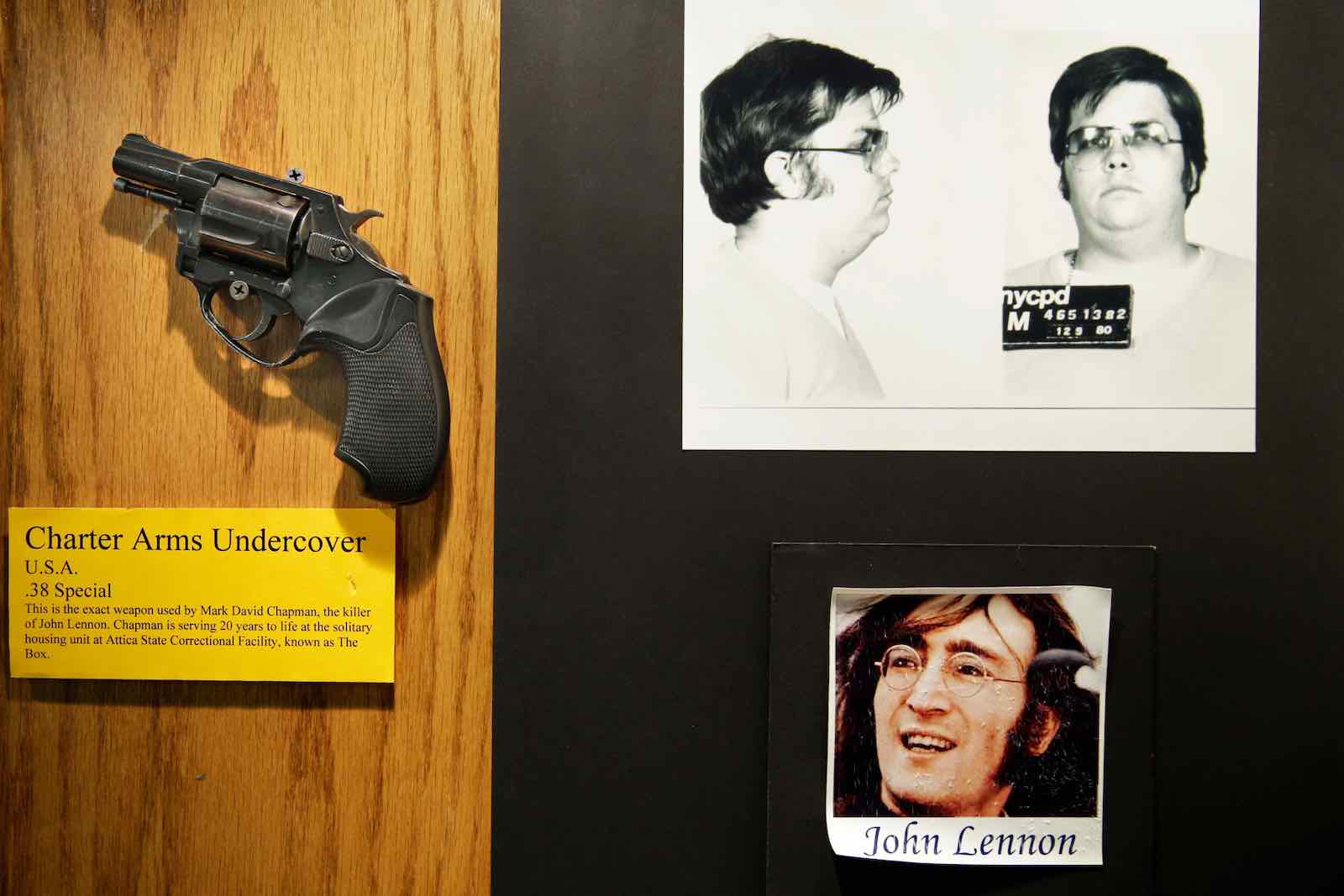 Whatever the reasoning, which has been debated for decades, Chapman picked Lennon and traveled to New York in October 1980 with the intent to kill him.

Chapman made the trip to New York, got a gun and ammunition, and planned to kill Lennon. What stopped him, however, was seeing the film Ordinary People, which was the directorial debut of Robert Redford and starred Donald Sutherland, Mary Tyler Moore, and Timothy Hutton. The plot of the film focuses on the disintegration of a family following the death of one son and the suicide attempt of survivor. 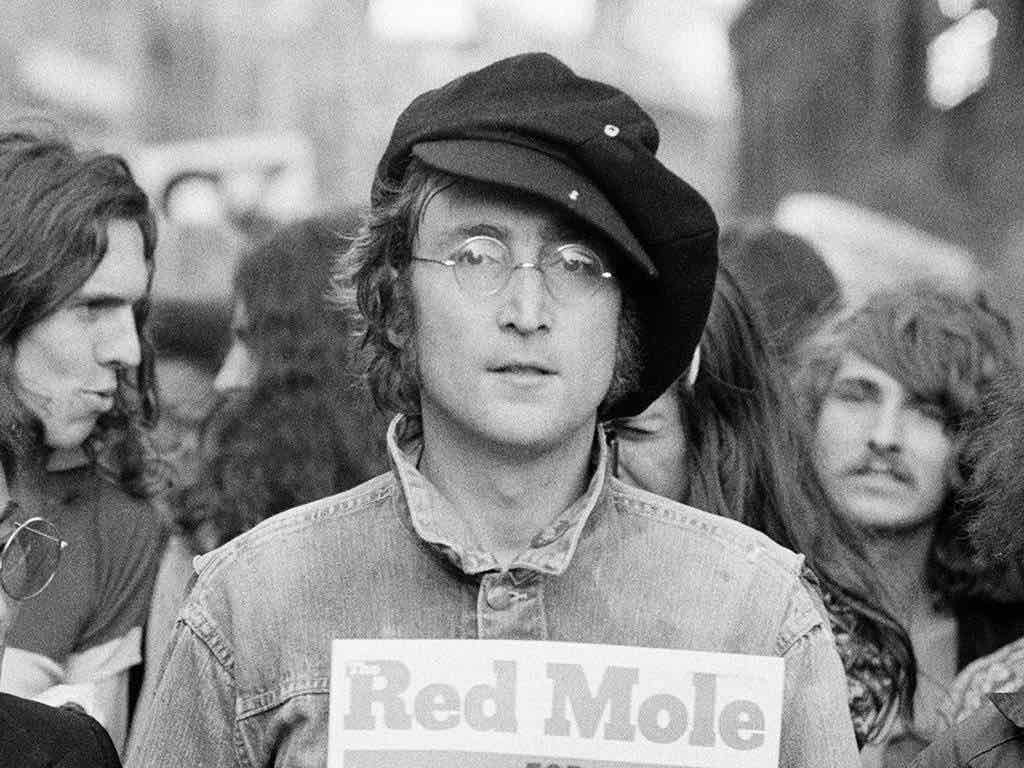 Chapman returned back to Hawaii where he told his wife about his plans. Rather than call the police or mental health services, the two tried to handle things themselves. Chapman even made an appointment with a clinical psychologist, but went back to New York instead. This time, Chapman would go through with his plans.

On the day of, Chapman left several personal belongings, including a copy of The Catcher in the Rye where he wrote, “This is my statement” and signed it “Holden Caulfield”. 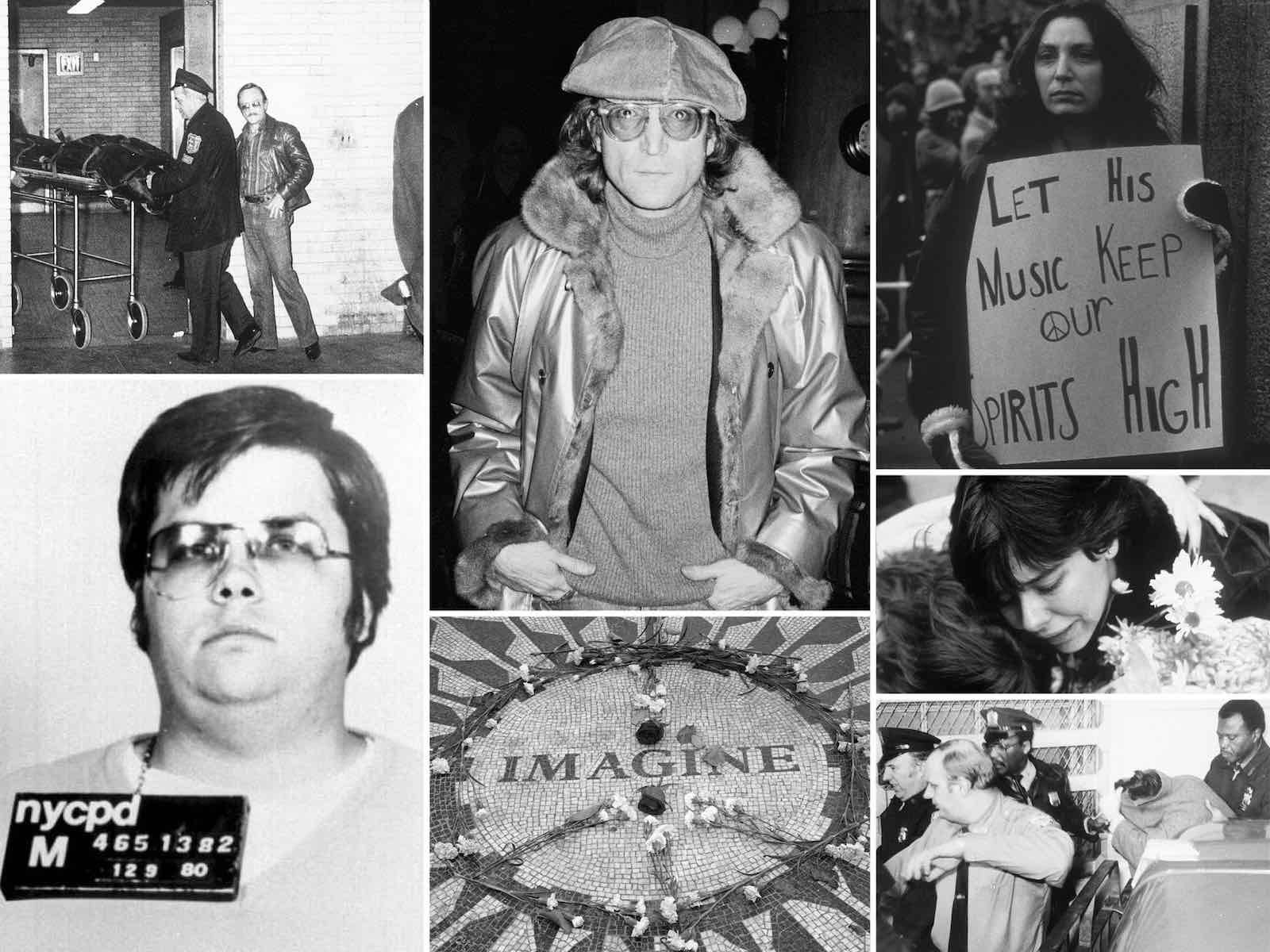 On the morning of Dec. 8, Chapman left the Sheraton Hotel that he was staying at and made his way to the Dakota, the name of the co-op where Lennon and his family lived. While he missed Lennon earlier in the day, Chapman stayed and even met Lennon and Ono’s five-year-old son, Sean. In what would be chilling in hindsight, he shook the child’s hand and quoted the song “Beautiful Boy (Darling Boy)”.

For John Lennon and his family, Dec. 8 was a pretty normal day. Lennon had a photoshoot with famed photographer Anne Leibovitz early in the day for a Rolling Stones cover. Despite the magazine insisting on a solo photo of Lennon, he insisted that his wife, Yoko Ono, be included as well in the photos. Following Leibovitz leaving, Lennon had his final interview with DJ David Sholin for RKO Radio Network.

Once the interview was done, Lennon and Ono went to mix the song “Walking on Thin Ice”. When the pair left the building to meet their limo, Chapman approached Lennon and asked for an autograph of the album Double Fantasy, which Lennon gave. 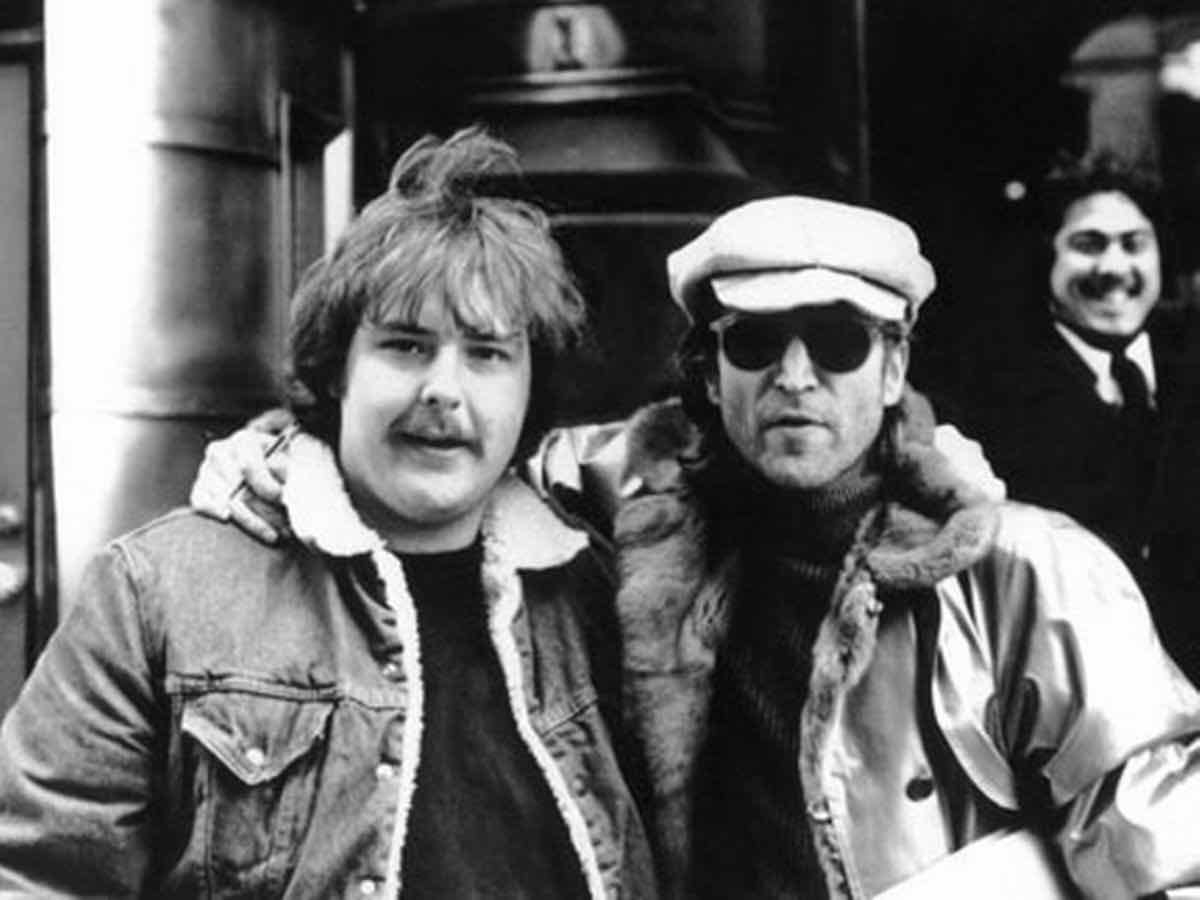 The singer then left and Chapman asked a photographer named Paul Goresh to stay with him and he also asked out a female fan on a date. He later implied that if either accepted his offer, then he probably wouldn’t have gone through with his plans on that day. Though, he admitted, he probably would have tried another day to kill Lennon.

At 10:50pm, Lennon and Ono returned to the Dakota, exiting at 72nd street from their limo rather than the secure courtyard. What is said to have happened is that Chapman waited in a shadowed archway. Some said that he called out, “Mr. Lennon” before dropping into a combat stance and firing. Others said Chapman didn’t do either.

What did happen, however, was that Chapman fired a Charter Arms .38 Special revolver loaded with hollow-point bullets into Lennon’s back five times. One bullet missed Lennon, but four hit him in his back and shoulder, which punctured a lung and an artery. He staggered to the security/reception area of the Dakota, where he told doorman Jose Perdomo “I’m shot! I’m shot!” before collapsing. 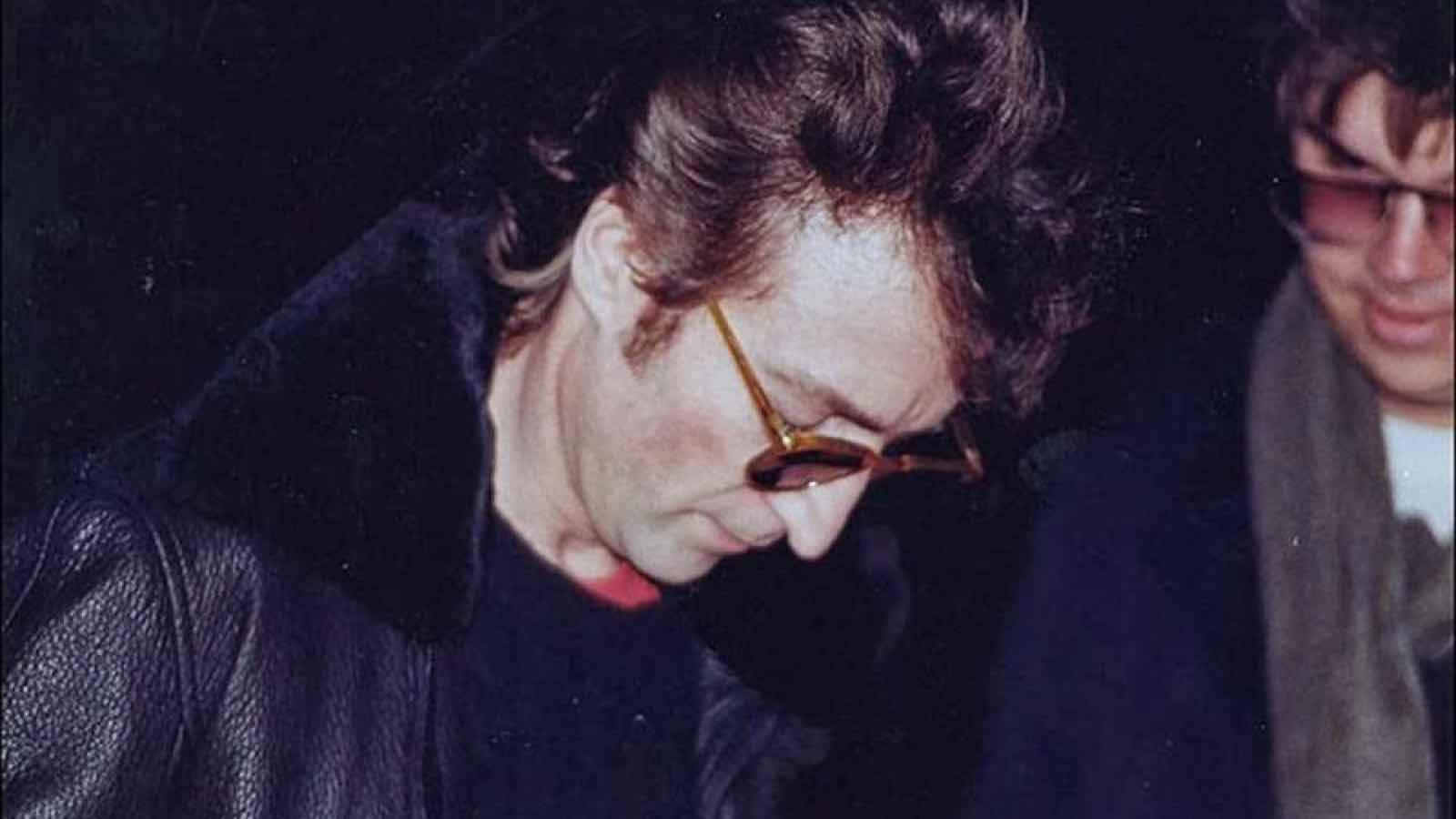 Both Perdomo and concierge worker Jay Hastings tried to stem the bleeding and called the police. Perdomo shouted at Chapman, who was waiting outside reading The Catcher in the Rye, “Do you know what you’ve done?” to which Chapman replied, “Yes, I just shot John Lennon.”

Police arrived shortly after and arrested Chapman, who made no attempt to flee or put up a struggle.

More police arrived, making the decision to transport that badly injured Lennon to the hospital via the police car rather than ambulance. Reports differ as to Lennon’s final moments before losing consciousness and later his life. One officer, James Moran, said he asked “Are you John Lennon?” to which Lennon replied “Yes”. Another officer, Bill Gamble, said Lennon nodded but only made a gurgling sound before passing out. 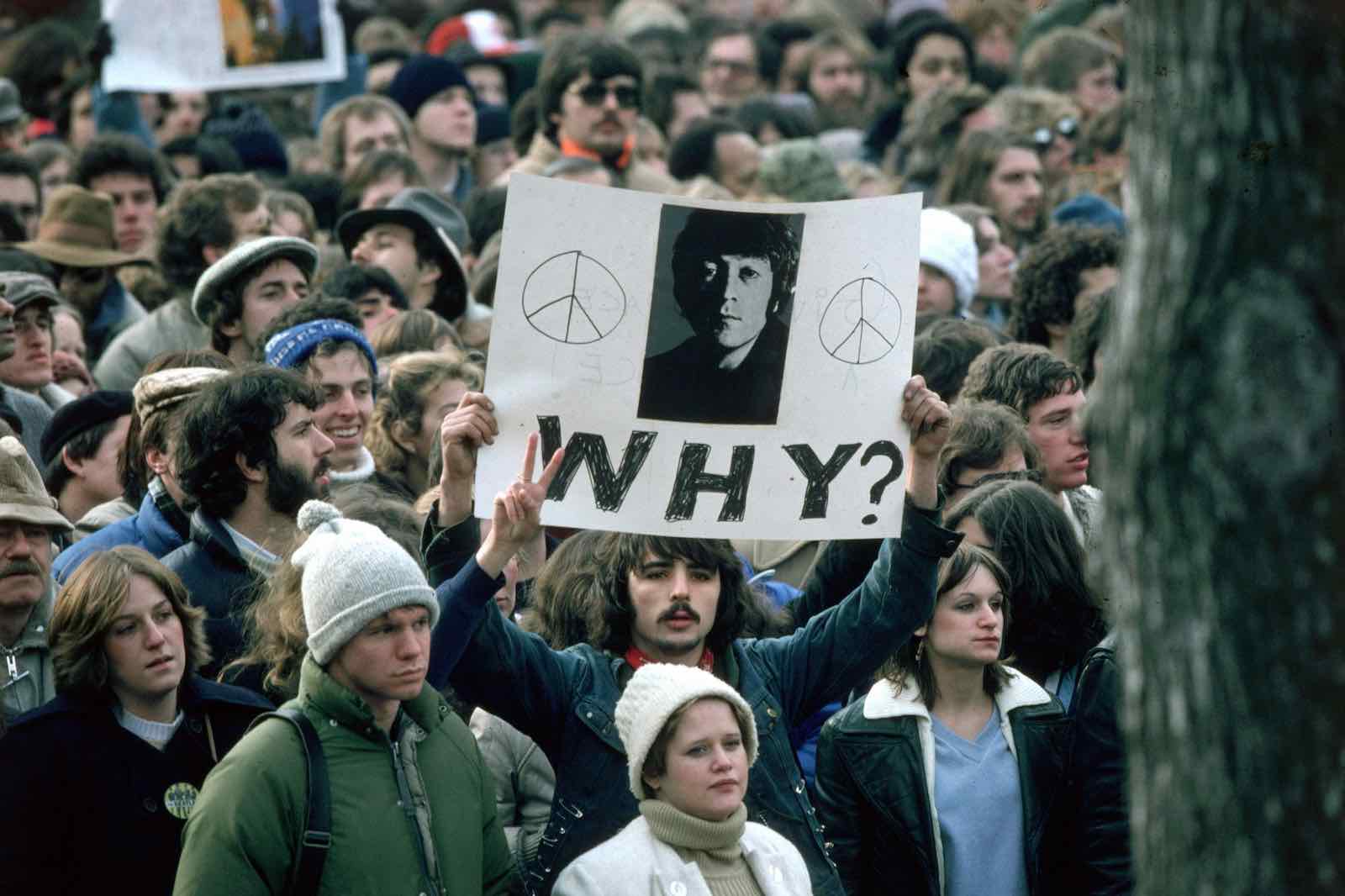 Lennon was declared dead on arrival at 11:15pm. The wounds around his heart and lungs too severe to repair. Even in the best of circumstances, Lennon would not have survived, according to doctors.

The official cause of death for John Lennon is listed as follows:  “hypovolemic shock, caused by the loss of more than 80% of blood volume due to multiple through-and-through gunshot wounds to the left shoulder and left chest resulting in damage to the left lung, the left subclavian artery, and both the aorta and aortic arch”

When Lennon was pronounced dead surgeons and other witnesses reported that The Beatles song “All My Loving” came over the loudspeaker. 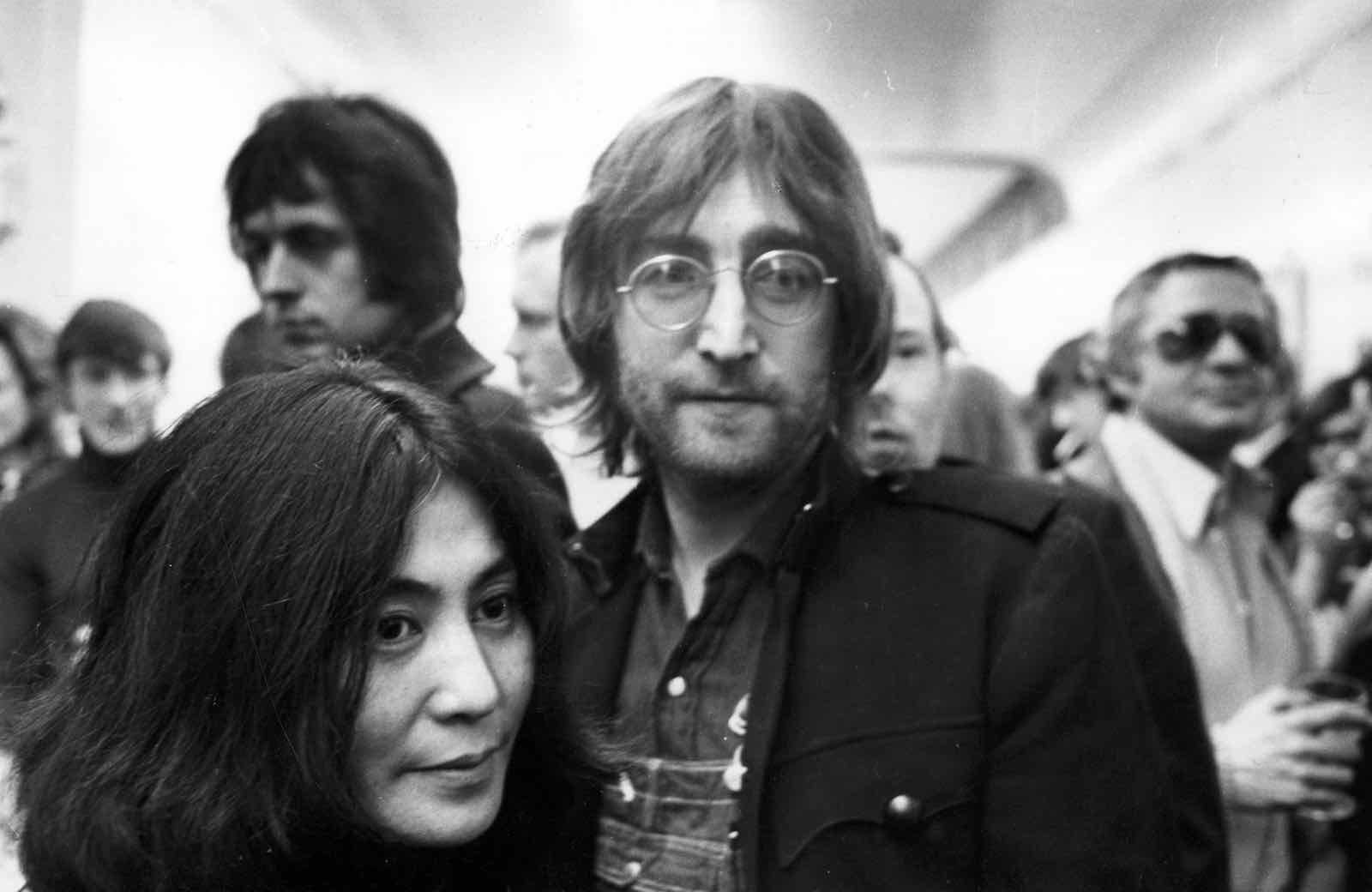 Ono was informed of her husband’s death and left the hospital in the company of a police officer and president of Geffen Records, David Geffen. She asked that news of Lennon’s death not be broken until she informed their son, Sean, of what happened to his father.

It didn’t take long, however, for the news to spread. Soon everyone knew of the death of John Lennon. 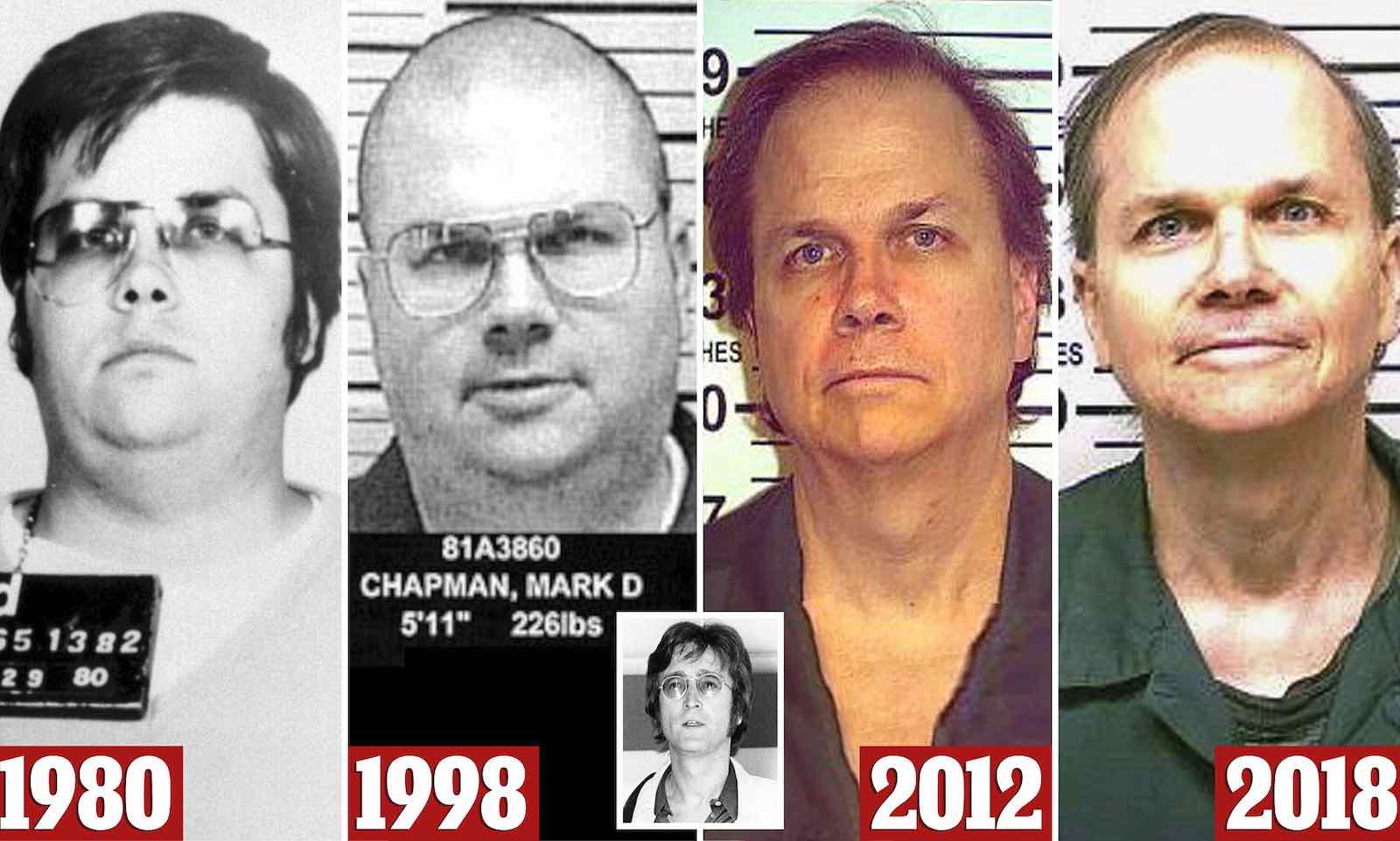 Mark David Chapman was charged with second-degree murder in the death of John Lennon. Gloria Chapman, who knew of her husband’s plans but did not believe he would follow through with, was not charged.

Chapman would undergo some intense psychology assessment in the lead-up to the trial. It went on for months with his defense team pushing a “not guilty by reason of insanity”. Six experts hired by the defense concluded he was psychotic with five diagnosing Chapman with paranoid schizophrenia and the sixth diagnosing him with manic depression.

Prosecution experts, however, felt that Chapman wasn’t psychotic and instead diagnosed him with various personality disorders. According to examiners, Chapman was more cooperative with the prosecution experts as he did not want to be labeled “crazy”. 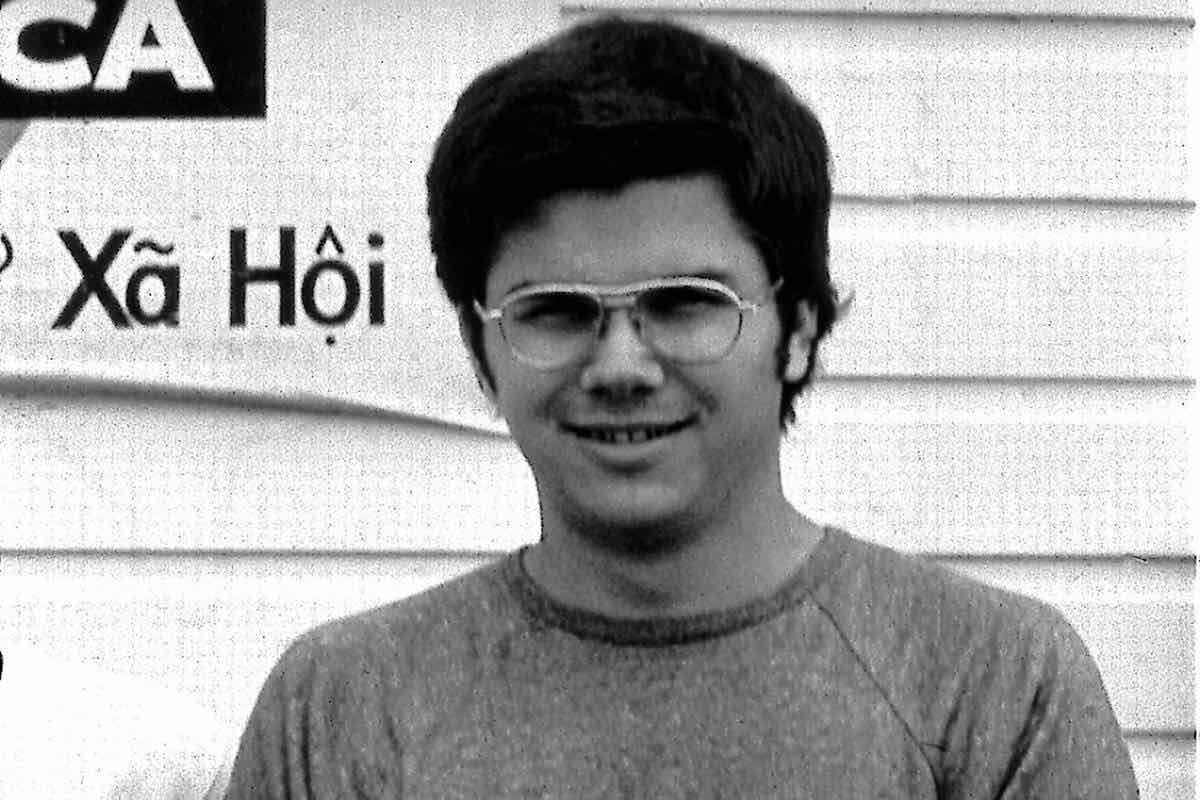 Chapman has been denied parole ten times. His eleventh parole hearing is scheduled for August 2020.