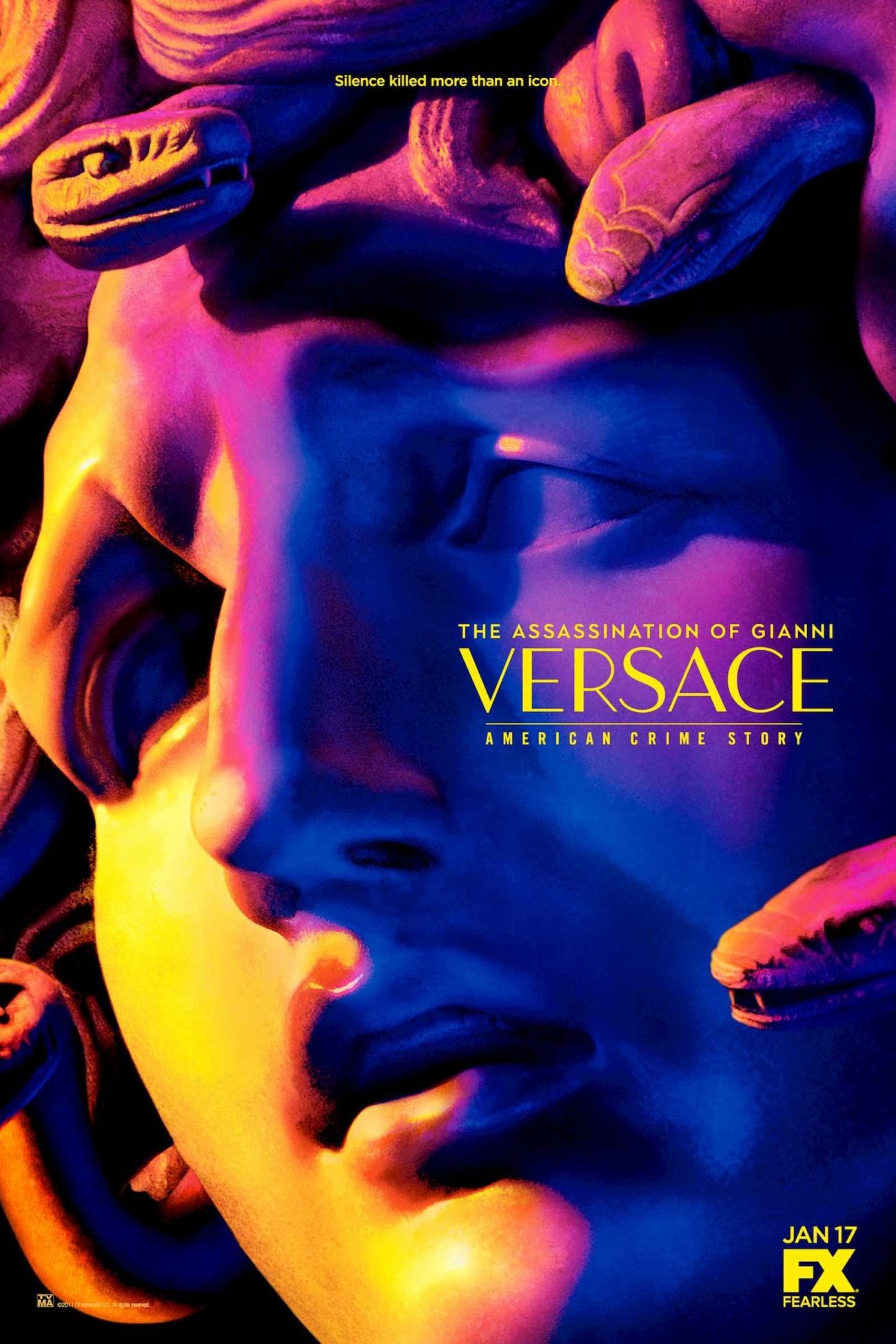 Doubling as a fascinating examination of influence, homophobia, and gay culture in the 90s, American Crime Story: Versace’s most unsettling moments have nothing to do with the murders. If you somehow missed this masterpiece, we’re here to tell you why it needs to be your next Netflix binge. 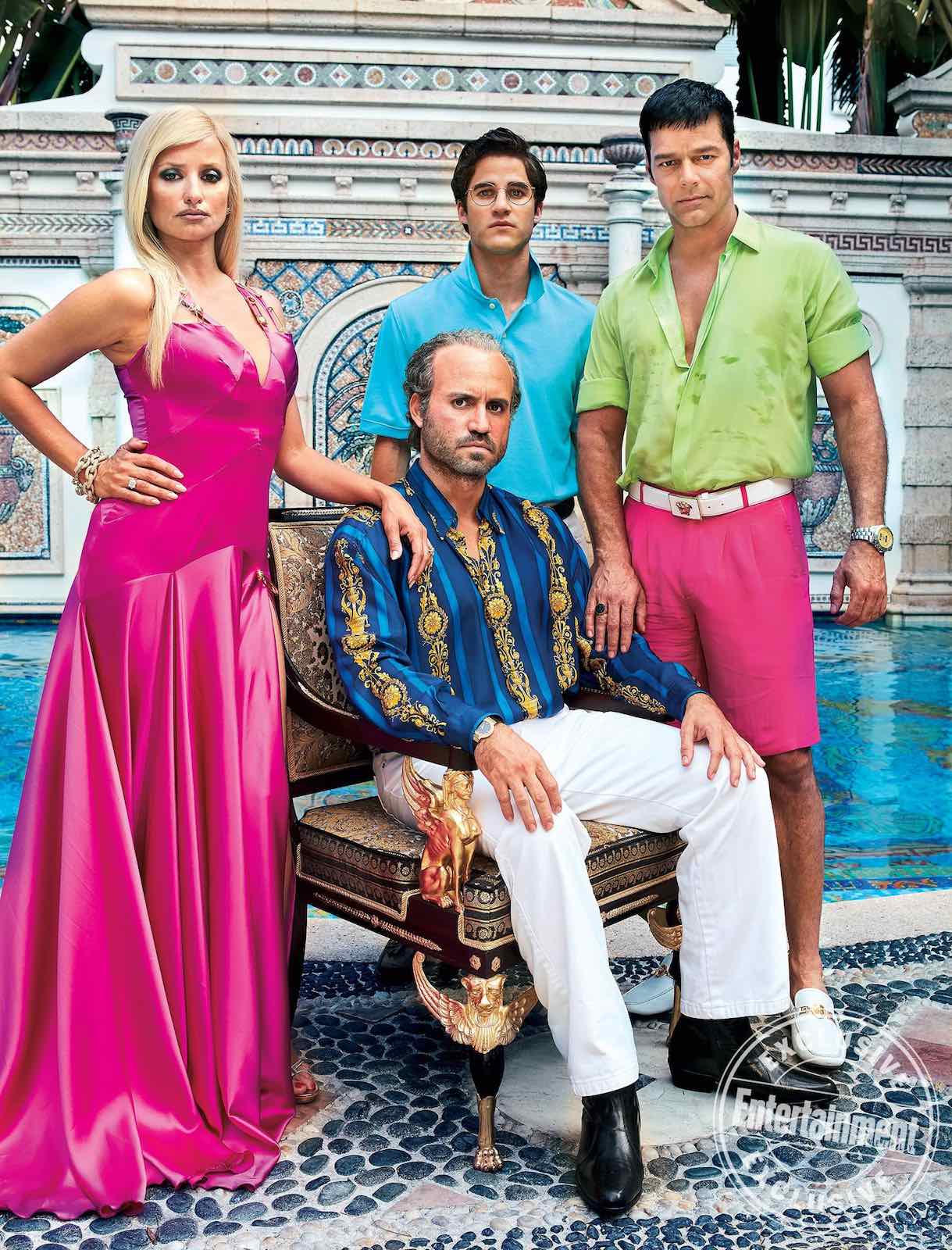 Ryan Murphy wastes no time captivating his audience, throwing a hook immediately by beginning the miniseries with the killing of Gianni Versace (Édgar Ramírez).  Slowly working backward from Versace’s death, the audience’s tension builds as Murphy takes us through the horror-filled path to the origin of Andrew Cunanan’s (Darren Criss) killing spree.

American Crime Story: Versace is loosely based on Maureen Orth’s book Vulgar Favors: Andrew Cunanan, Gianni Versace and the Largest Failed Manhunt in U.S. History. After his murder in episode one, Versace becomes more of a supporting character in the story of his death, where 90s gay culture and Cunanan’s murder spree take center stage.

Following Cunanan’s path, we watch him seduce affluent older gentlemen, ingratiating himself in their lives, and then brutally and flippantly murdering them. Murphy doesn’t shy away from the mistakes and missteps that keep Cunanan off of law enforcement’s radar, and the reasons they continuously fail to bring him to justice. 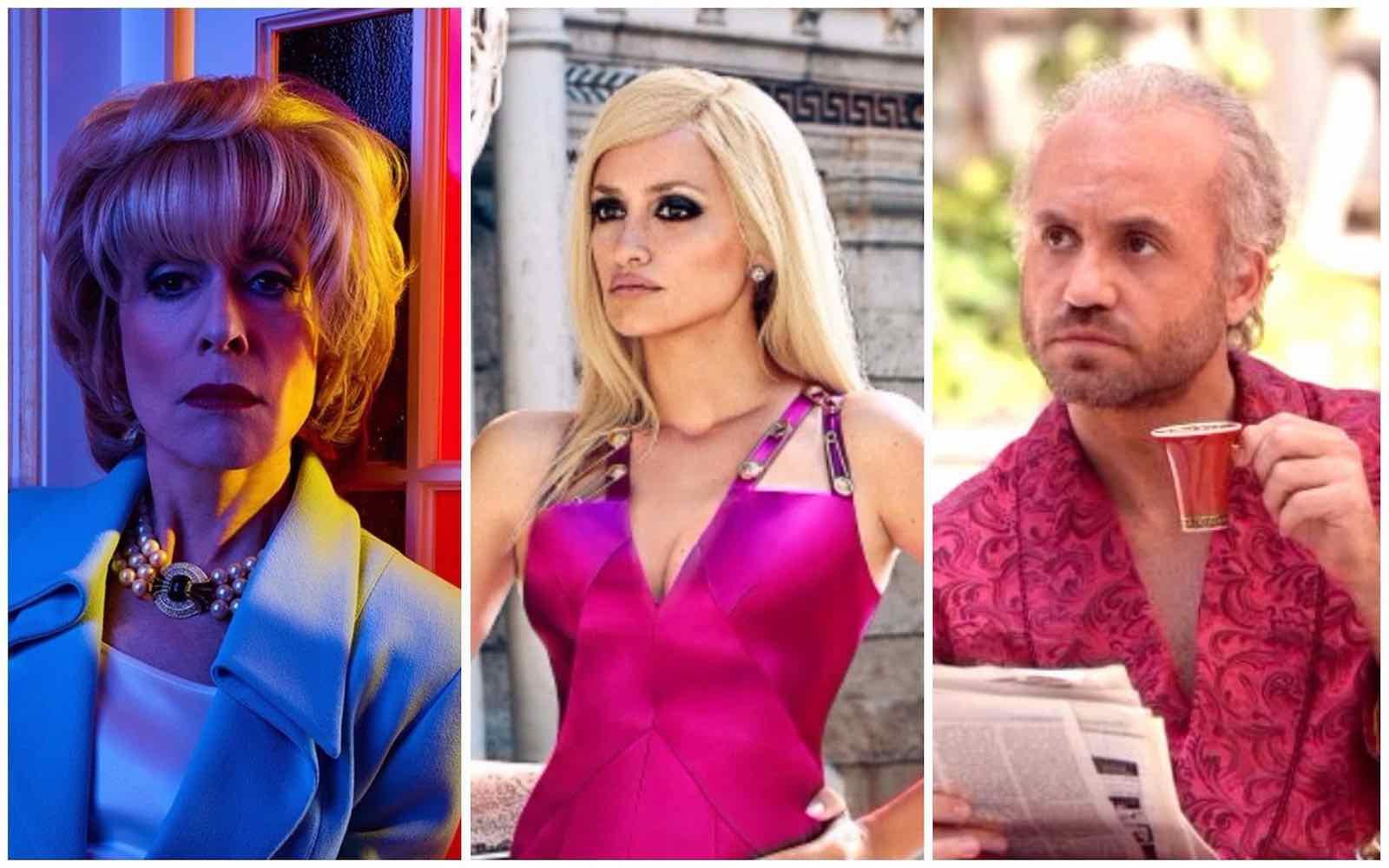 There are so many ridiculously amazing performances in American Crime Story: Versace, it’s hard to pick a favorite (don’t worry, we did anyway, but that’s later). Édgar Ramírez and Ricky Martin’s portrayal of a genuine and believable Gianni Versace and his partner Antonio D’Amico have us heartbroken within minutes of the series’ beginning. Ricky Martin portrays Antonio D’Amico’s grief with agonizing conviction.

Penelope Cruz initially feels overdramatic as Donatella Versace. However, upon closer examination of the fashion icon’s character, the portrayal is close to faultless, unsurprising as the two are friends. 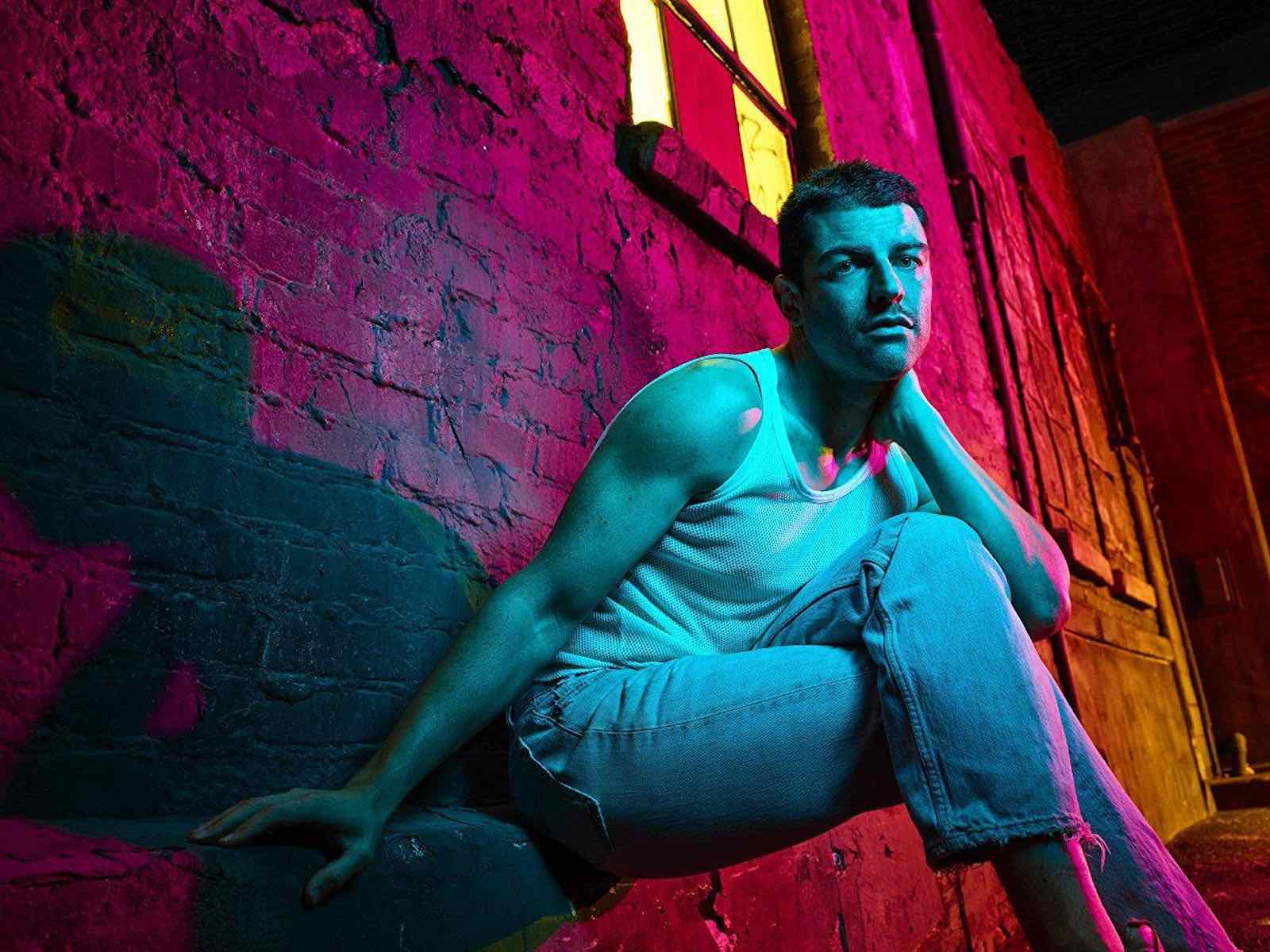 Ronnie and Andrew Cunanan meet in Miami after Cunanan has already killed four people. In 1997, the shadow of HIV as a death sentence is slowly starting to lift, but Greenfield’s Ronnie perfectly portrays the overwhelming melancholy those who have been affected by the disease are still crippled with.

Judith Light’s role is especially complex. Marilyn Miglin’s husband Lee (Mike Farrell), was a prominent architect and philanthropist, brutally murdered by Andrew Cunanan. Well known in the Chicago social scene, by all reports the Miglins were a happy partnership. Light’s performance of Marilyn is deeply layered, both stoic and heartbreaking.

The real-life Marilyn has always maintained that Lee’s death was a random murder, and American Crime Story: Versace shows Marilyn using her connections to keep the embarrassing details of Lee’s death quiet. Judith Light’s Marilyn is both outraged and overwhelmed by her grief, and she shines brighter than ever.

The only character whose role is more perfectly portrayed is Andrew Cunanan himself, as Darren Criss’s performance is nothing short of career-shaping, so amazing it needs its own category. 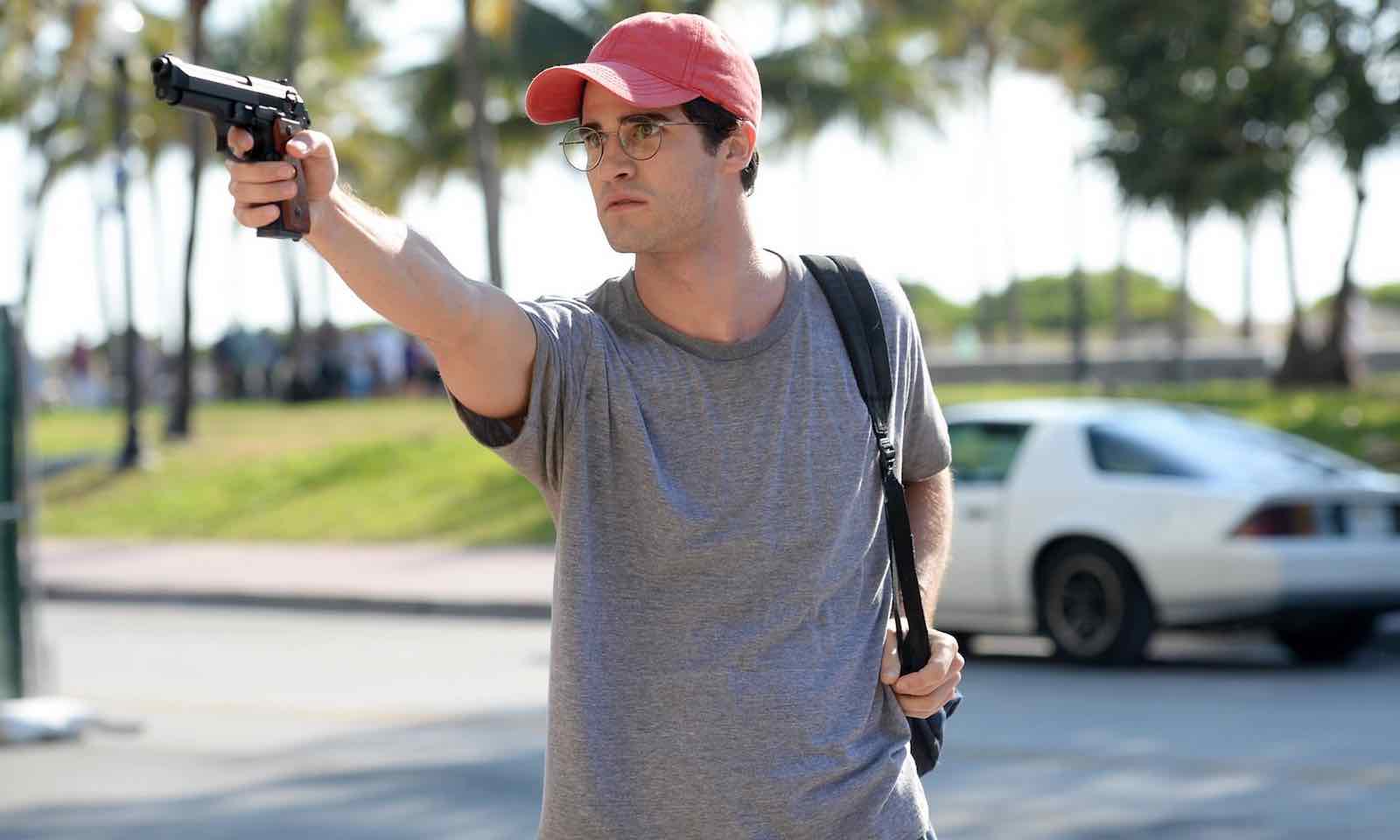 If Darren Criss still has you thinking of Glee, you need to stop what you’re doing and turn on American Crime Story: Versace. He is absolutely everything in this role, fully transforming himself from scene to scene as takes on Andrew Cunanan’s chameleon-like maneuvering as he manipulates those around him.

Andrew Cunanan’s psychopathic nature comes with a charming and shrewd personality. Reportedly able to go days without sleeping as he taught himself everything there is to know about fashion or opera, Cunanan built entire backstories for himself on a dime. Cunanan never lacked for friends, and Criss managed to channel Cunanan’s appeal while never losing his underlying stomach-turning menace.

Honestly, Darren Criss easily could have won an Emmy for the dance scene alone. We’ll never hear Phil Collins “Easy Lover” without visions of Criss breaking it down in a pink banana hammock ever again. 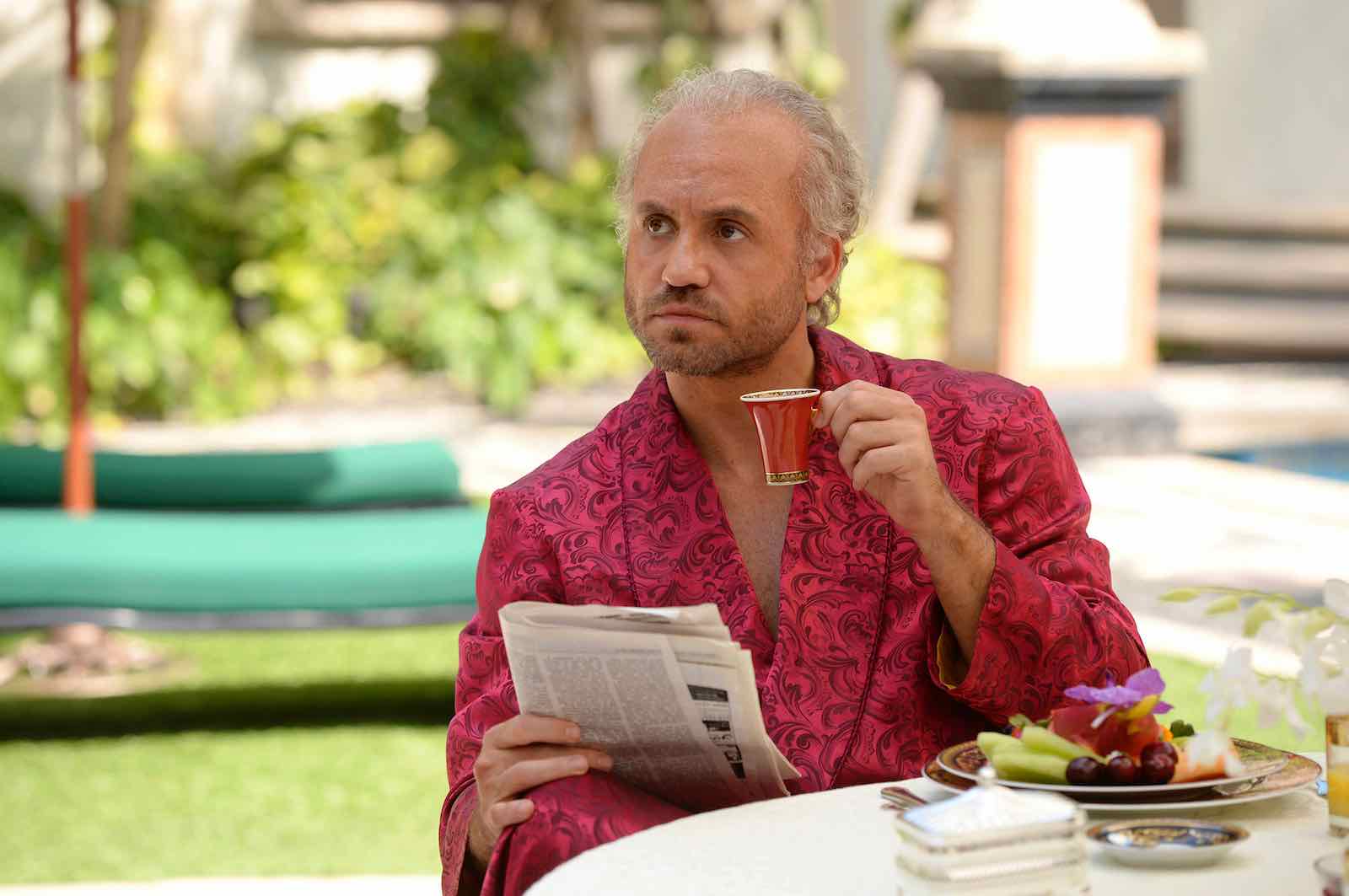 It’s rare that anything covering true crime is marked by its bright neon backdrop. American Crime Story: Versace provides a disarming contrast between the bright background of 90s Miami and the dark content of a sadistic murder spree.

Ryan Murphy is no stranger to 90’s Miami, he began his career working as a journalist for the Miami Herald in the 90s. American Crime Story: Versace is hauntingly authentic, filmed in the house where Versace lived in Miami, and on the actual steps where the legend was killed. 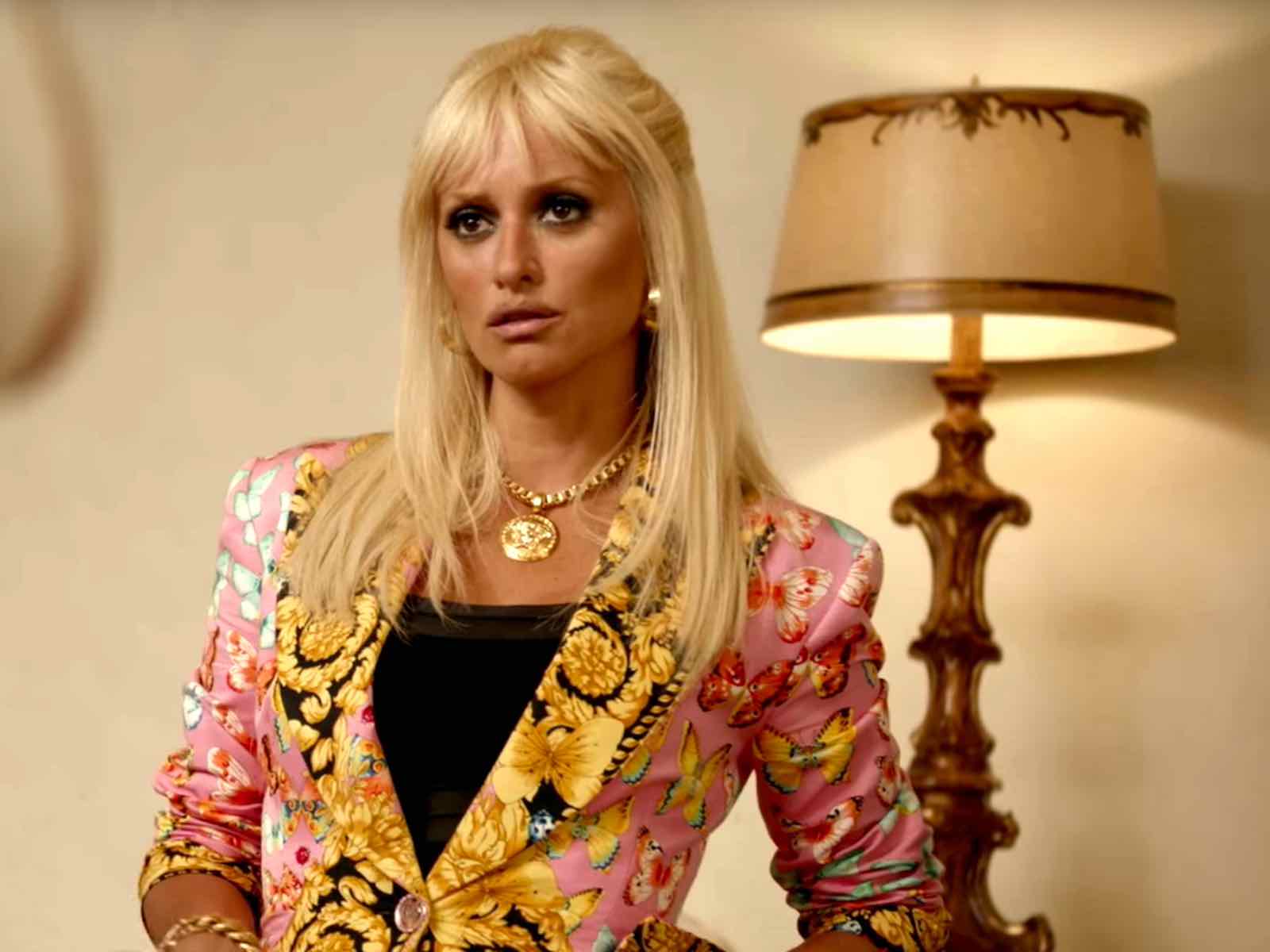 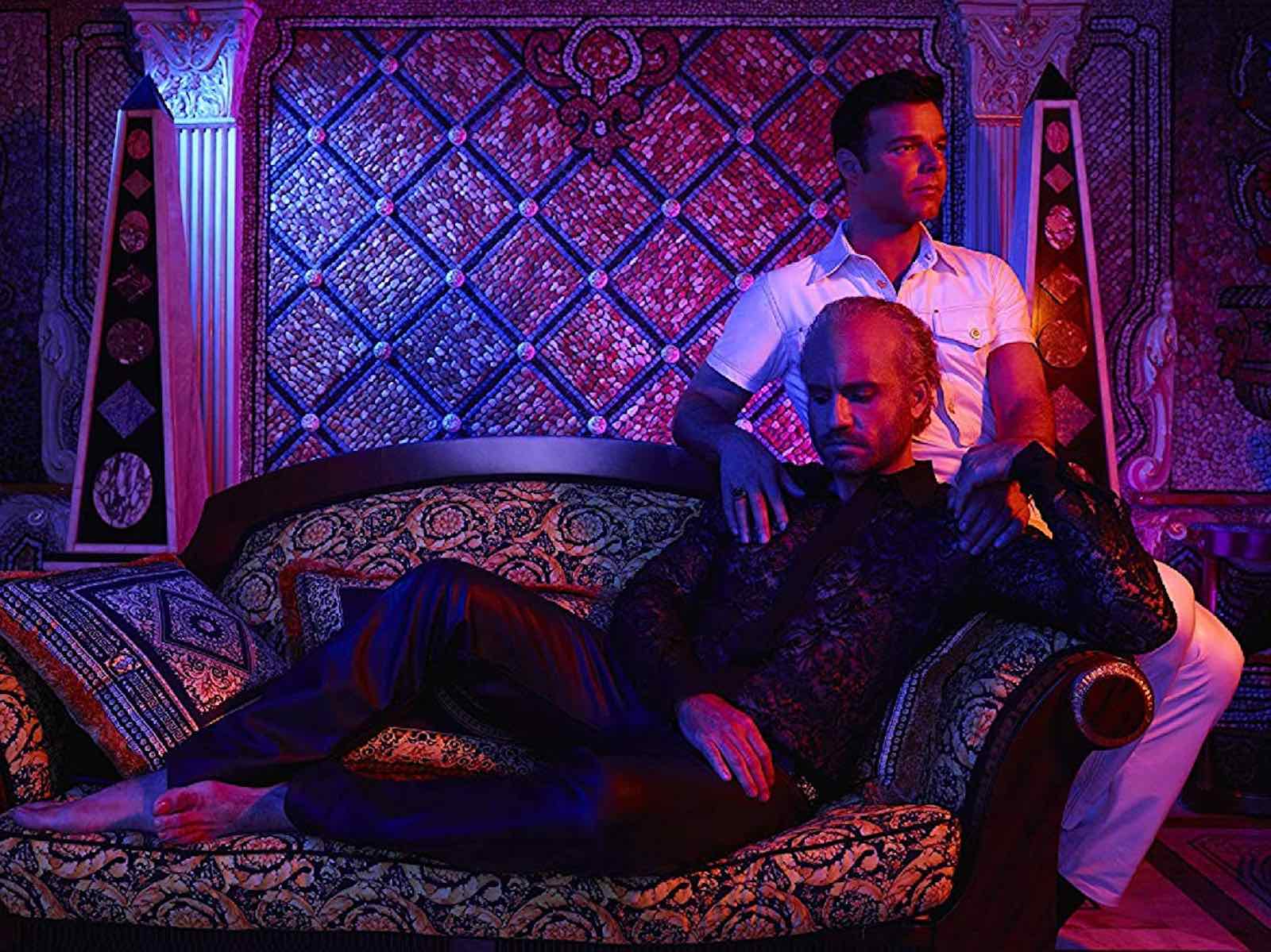 So much more than a murder story

The overwhelming theme of American Crime Story: Versace is not about death, it’s about the complicated politics and shame of being openly gay in the 90s.

Cunanan evaded police while successfully murdering five men, the last being Versace. A brilliant sociopath, Cunanan’s feelings around his sexuality range from tortured to delighted. Overwhelmed with jealousy over the successful gay men in which he interacts, Cunanan is both repelled by and obsessed with the way money, secrecy, and in Versace’s case, fame insulates them from the challenges of being gay in the 90s. 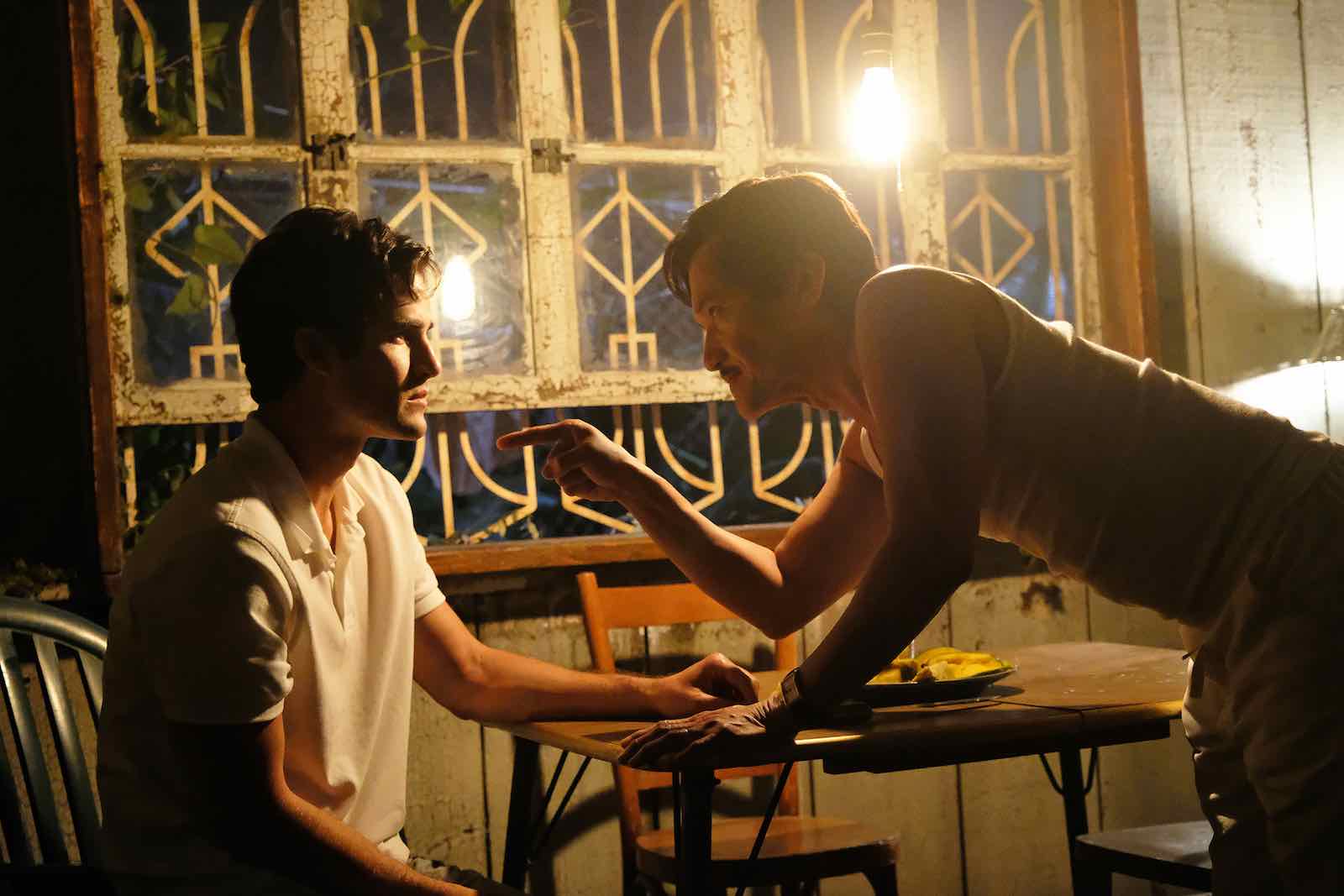 Equally fascinating in American Crime Story: Versace was the incompetence of the police and investigators pursuing Cunanan, who struggled with infiltrating the gay community and understanding its nuances. While not an outright display of homophobia, at its most benign interpretation, their ineptness is based on ignorance. It’s hard to not see that ignorance as purposeful.

The police almost reject the idea of educating themselves and the gay community enough to stop Cunanan’s spree of violence. Yet they’re seemingly helpless to restrain themselves from sharing the sordid details that enable Cunanan to stay a step ahead of capture. The most frustrating and impactful part of the entire American Crime Story: Versace series is how preventable it all was.

You can (and should) stream The Assassination of Gianni Versace: American Crime Story on Netflix now. 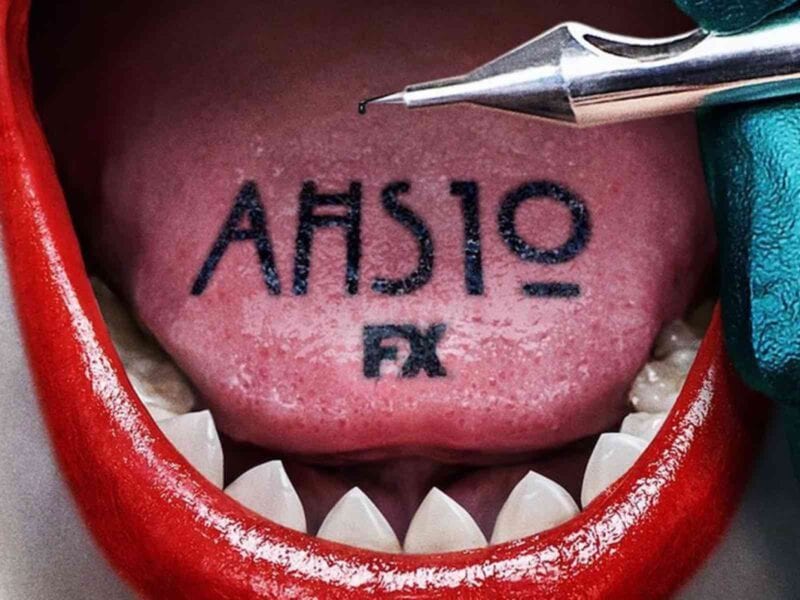 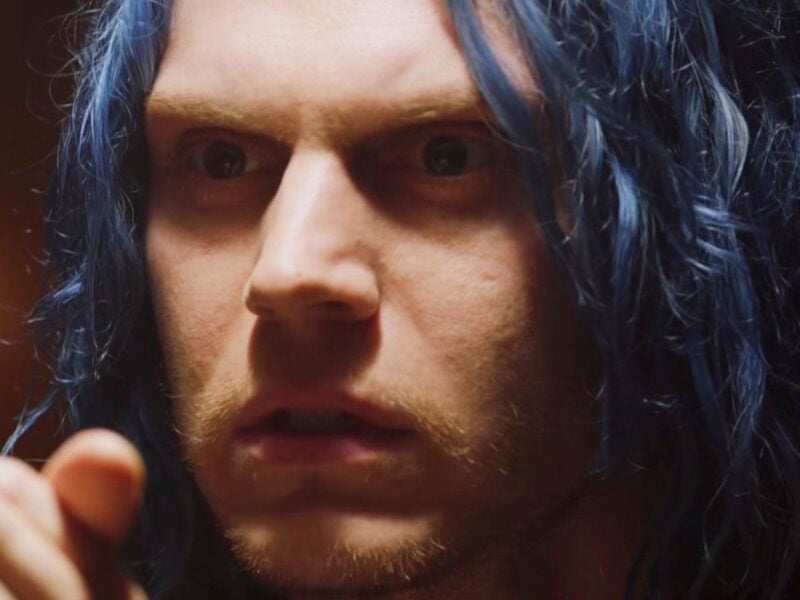 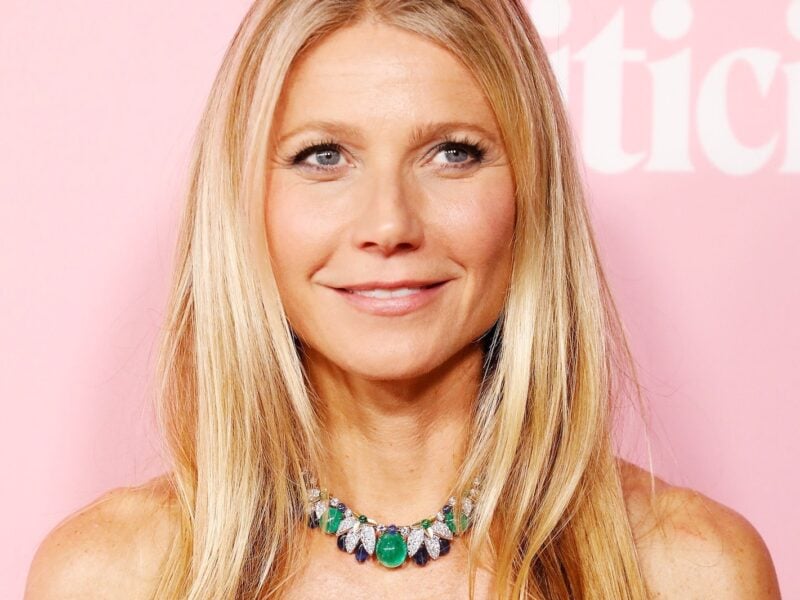