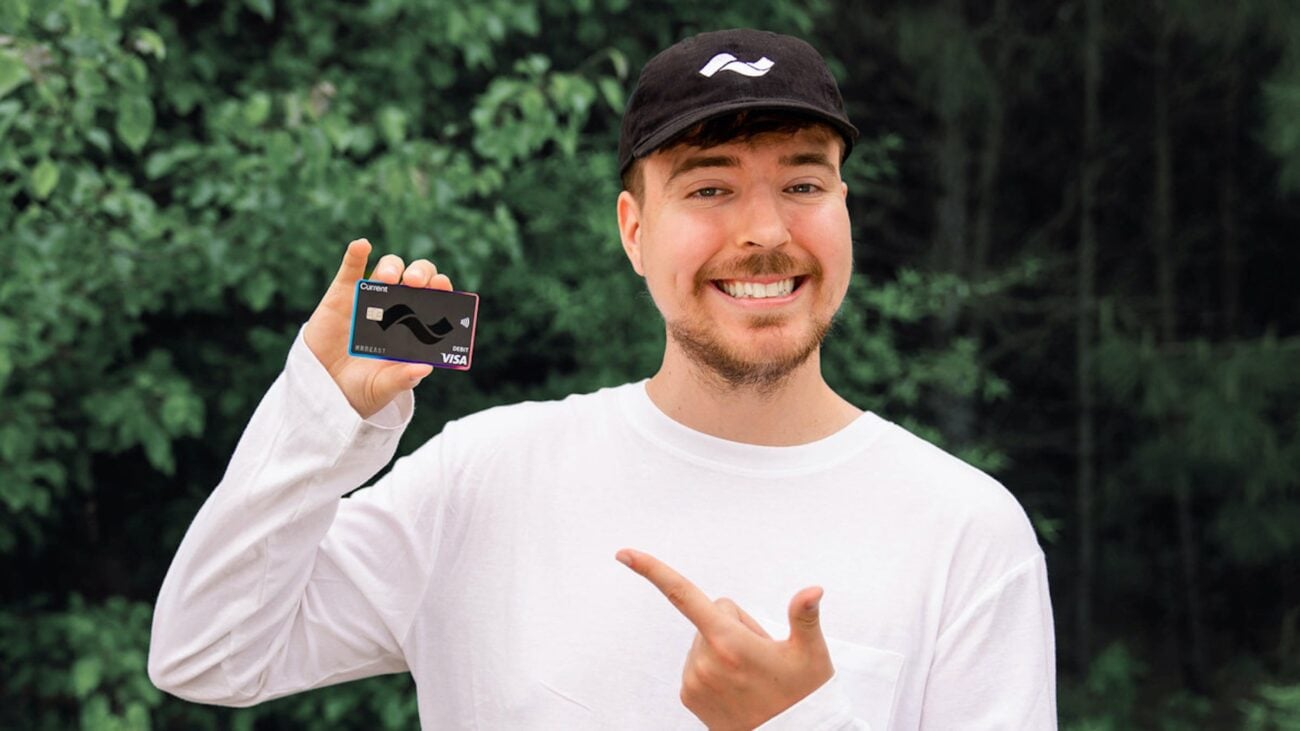 MrBeast is rich. Really rich. This internet celebrity is known for getting and giving away a lot of money, and there’s a reason why that is.

Exactly how much money does MrBeast have? Let’s go over this famous YouTuber together, and determine how much cash he’s making. 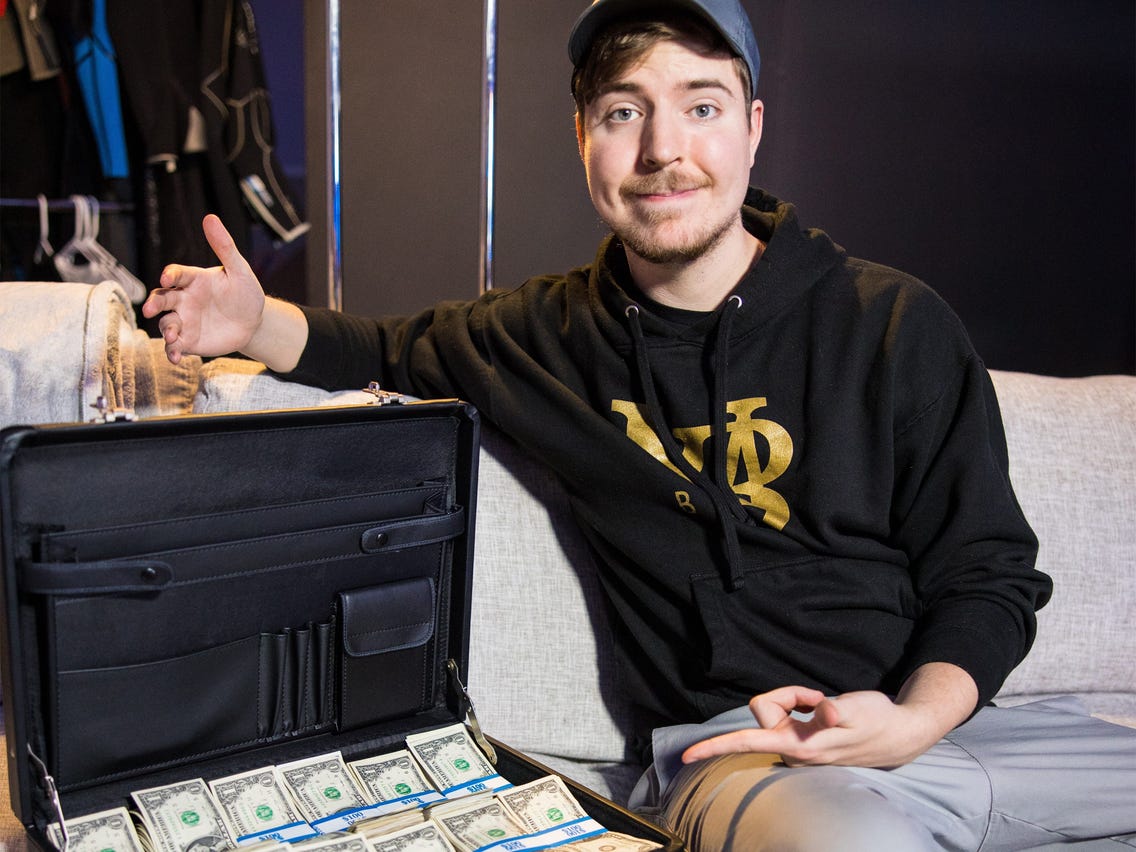 MrBeast, real name Jimmy Donaldson, started making videos in early 2012 when he was just thirteen years old. At first, he didn’t get much attention but in 2015 & 2016, he started getting more views. As a result of this, he dropped out of college to pursue YouTubing full-time.

His fame truly began in 2017, where he posted some very odd videos which went viral on YouTube: him counting to 100,000, watching paint dry, and so on. The more views he got, the more money he earned, and he gave a lot of that cash to charities, which is why he is called “YouTube’s biggest philanthropist”.

By far, his biggest stunt occurred in early 2019, when, in collaboration with Apex Legends, he hosted a real battle royale event with a cash prize of $200,000! He’s also hosted some of the biggest livestreams on YouTube, such as a “rock, paper, scissors” battle which became the platform’s most-watched event, both at the time and to this day. 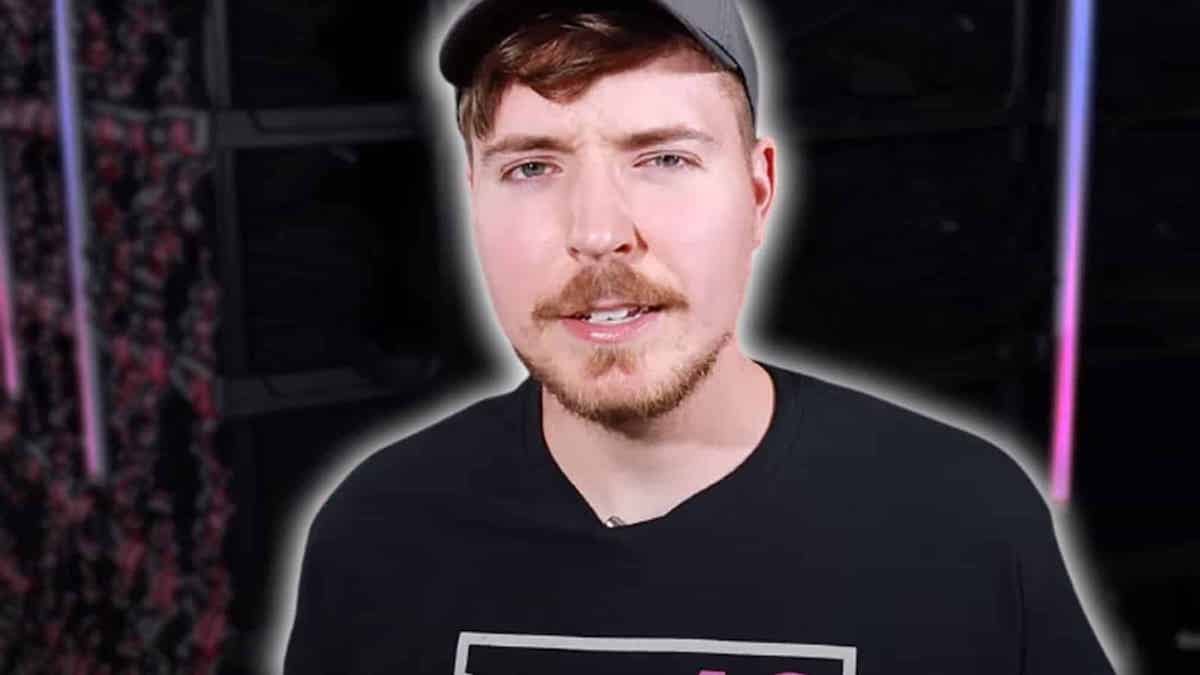 MrBeast mostly posts stunts & interesting dares, but he also specializes in making videos of himself giving away large amounts of his fortune. Speaking of his fortune, let’s talk about how this YouTuber makes his cash. How much money does MrBeast have? Let’s begin by breaking it down. 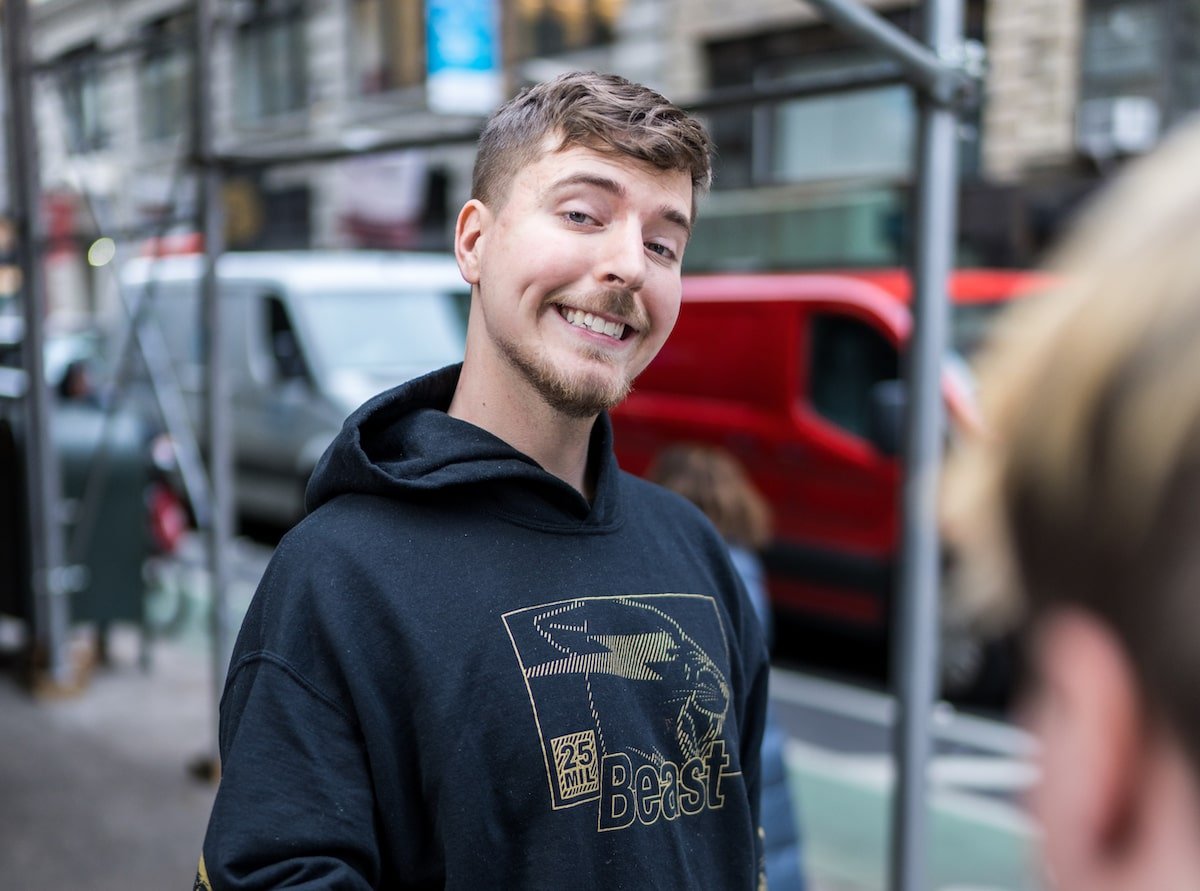 Unlike a lot of other famous YouTubers, MrBeast does not have a Patreon account. For those unaware, Patreon is a website where content creators can get sponsored by their fans (either on a per-month or per-work basis) and in exchange, those fans get rewards, such as behind-the-scenes material or commissions. Many creators rely on Patreon to make their living, so it says a lot about MrBeast’s fame that he doesn’t need to make an account there.

Instead, he gets his funds from (1) YouTube ad revenue, (2) merchandise, and (3) franchises created by his wealth. The first of those things is fairly simple. When a YouTuber posts content and turns on ads, they get a share of the ad revenue from their video. Considering how big MrBeast is, and knowing his videos gain millions of views every week, he must be getting a lot of ad revenue.

The second way he gets money is through his merchandise. Like a lot of YouTubers out there, MrBeast has created shirts, bags, and more with art that represents his channel. This makes a decent chunk of profits as well. 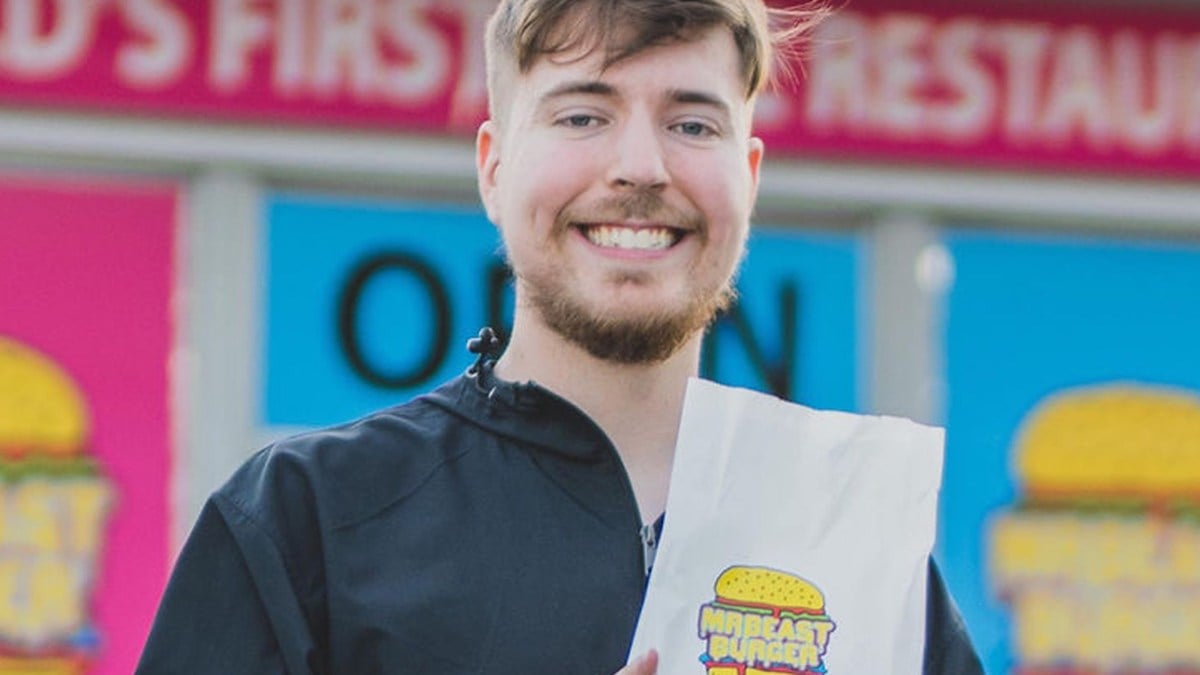 Finally, we have his franchises. MrBeast has made multiple ventures because he can afford to do so. For example, there’s MrBeast Burger, an online-only hamburger joint where you can get food based on content creators. It even has its own merchandise!

So we have to look at this and ask ourselves: how much money does MrBeast have? Well, strap in, because here’s where things get spicy. 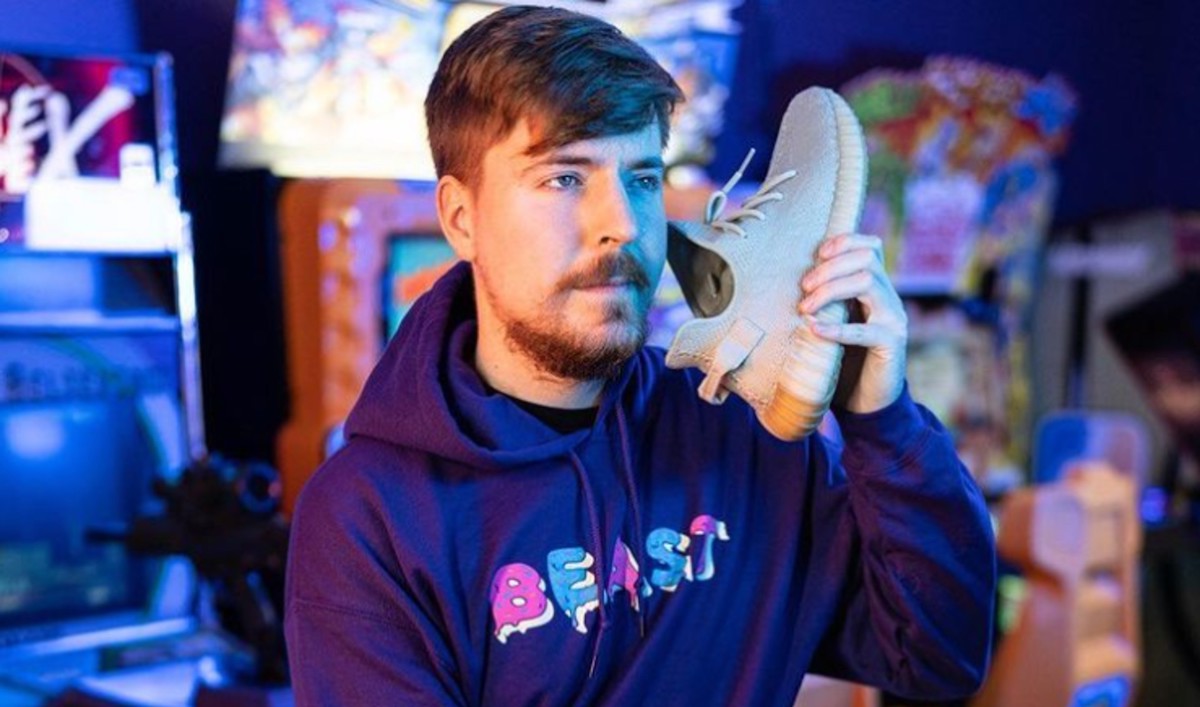 MrBeast is REALLY raking in the cash!

MrBeast’s earnings are crazy! How crazy exactly? Well, some websites, such as CelebAnswers, give his net worth at around $8 million, while others believe his earnings are closer to $10 million. That’s amazing!

If we look at the YouTube tracking site SocialBlade, however, it paints a clearer picture of things. According to the stats there, MrBeast can get around $1 million per month from YouTube, and his yearly earnings are up to almost $13 million! Take this with a grain of salt, however, as he could also be earning a minimum of $800,000 per month.

Still, that’s quite a lot of money. MrBeast is killing it right now. Good for him!

And that wraps up our discussion on MrBeast. He’s earning quite a lot, and we can’t wait to see where he goes in the future. What are your thoughts on MrBeast? What would you do if you were earning as much money as he does? Let us know!