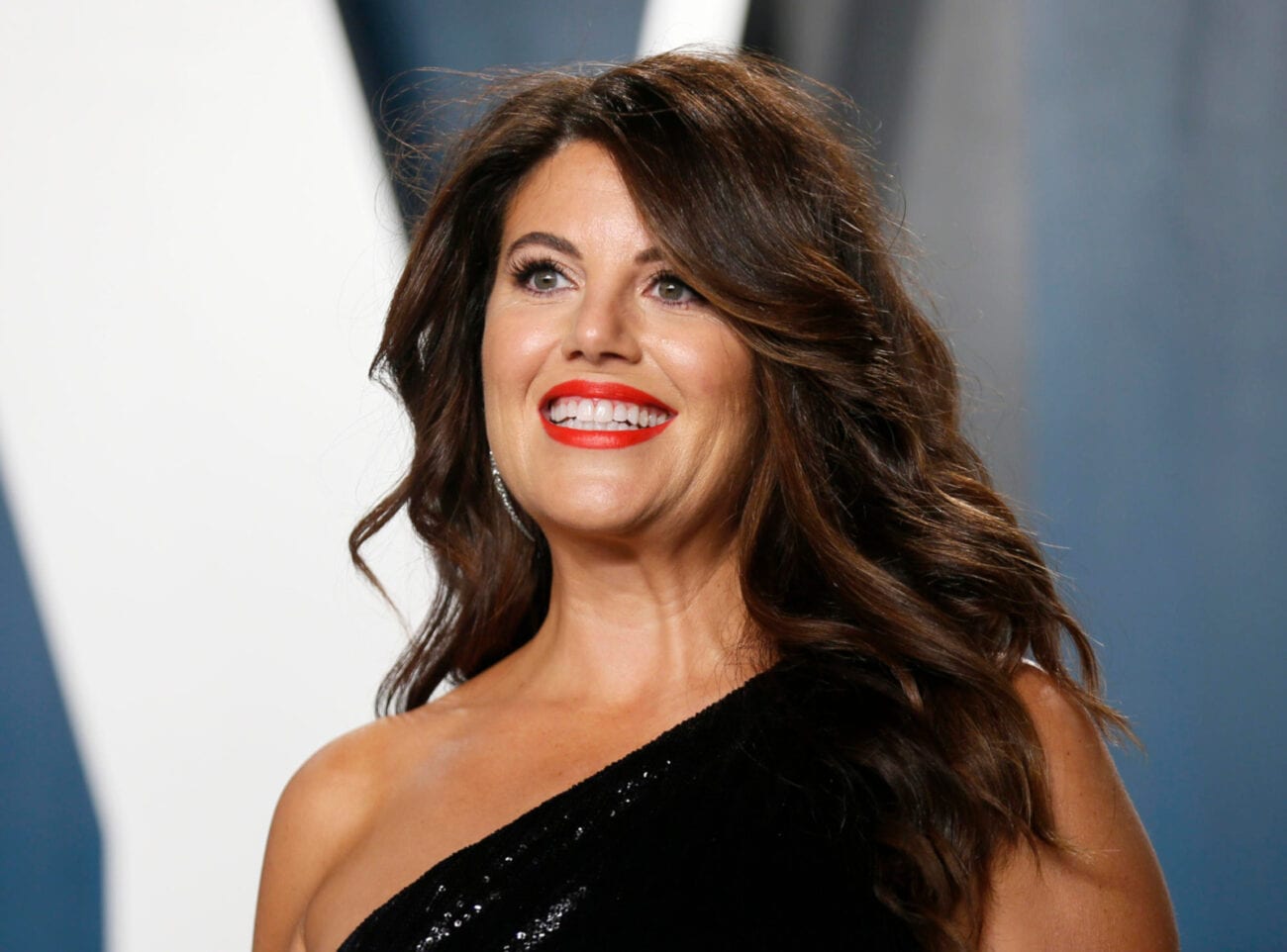 Monica Lewinsky doesn’t really need much of an introduction. She’s been talked about, usually in the most disrespectful way, since the highly publicized affair with President Bill Clinton in 1995. The scandal caused a national media frenzy, and jokes about the incident still occur today. However, Monica Lewinsky has now decided to make light of her past and crack the most hysterical jokes on Twitter!

If you’re not already following Lewinsky, then you’re missing out on some hilarious tweets! She turns what was originally a traumatic scandal into comedic gold. Take a look at Monica Lewinsky now and her funniest tweets yet!

On May 21st, Lewinsky replied to a tweet from UberFacts which said, “What’s the most high-risk, low-reward thing you’ve ever done?” All Lewinsky tweeted in her response was the large two-eye emoji which knowingly looks away and Twitter knew exactly what she was referring to! Her tweet definitely wins best reply!

A couple of years ago, someone tweeted, “What’s the worst career advice you ever received?” Of course, she couldn’t help herself on this one. Lewinsky replied with the advice that “an internship at the white house will be amazing on your resume.” We’re sure she regrets taking that career advice!

when i use 👀 in my head this happens… #GenX pic.twitter.com/t48g3ZYDfX

In 2018, Marco Rubio had tweeted “Although written by intern at Politico, this article is a reminder of how difficult it can be to discuss public policy in political press. Not only did I not back down on tax cut, I doubled down & added detail for rationale” Her witty response was, “blaming the intern is so 1990’s”.

Also, remember when Mike Pence made that weird statement, “Spend more time on your knees than on the internet”? Someone on Twitter retweeted the quote and added, “OK, who’s gonna tell him?” Monica Lewisnky had to reply, “def not me”. Now, this just goes to show how we should try and be as resilient as Monica!

"There’s an authority figure and voice that has been missing from the COVID-19 conversation since day one: a mental health commissioner or czar. In other words, a mental health version of Anthony Fauci” The Forgotten F-Word in the Pandemic | Vanity Fair https://t.co/NNqXUgEd9S

Yet, she isn’t just making fun of her past. She’s also standing strong after being a victim of being strong-armed by men in power. Her Twitter also shows that she has made peace with what happened to her back in 1995 and all the years after. One Twitter user apologized to her for the remarks she had made back when the affair was first revealed.

The twitter user wrote, “I owe you an apology for the unkind things I thought and said about you when I was an ignorant and insensitive 12-year-old. I respect your platform and will proudly tell my daughter about you.” Monica Lewinsky sweetly left this simple reply, “you were 12 . . . don’t worry”.

Lewinsky shouldn’t be remembered for the scandal that occurred when she was only twenty-two years old. She should be recognized for activism in anti-bullying campaigns, a topic she has truly experienced firsthand. Lewinsky has even given a TED talk discussing the need for a more compassionate internet.

“I feel incredibly grateful to have opportunities to work on myself and to change.” @MonicaLewinsky going 1-2-1 with @Alancumming #mentalhealthawarenessmonth pic.twitter.com/9UwqINNSwV

She has stated: “So I think it’s – what was important to me is that I found that I can’t change the fact that people already have made an opinion about me. But I don’t think that should stop me from trying to correct some of the misperceptions that are out there.”

Monica Lewinsky’s Twitter account just proves how strong she has become and how she is able to stand up for herself! Somehow, after everything that she has been through, Lewinsky is able to make fun of what originally put her in the limelight in 1995.

When The Onion had jokingly tweeted, “Plan B Unveils New Line Of Space-Time Wormholes To Prevent Intercourse From Ever Happening”, she replied, “too bad it’s @TheOnion.” She can’t tweet enough about how she wishes that the scandal never happened yet she still makes light of it!