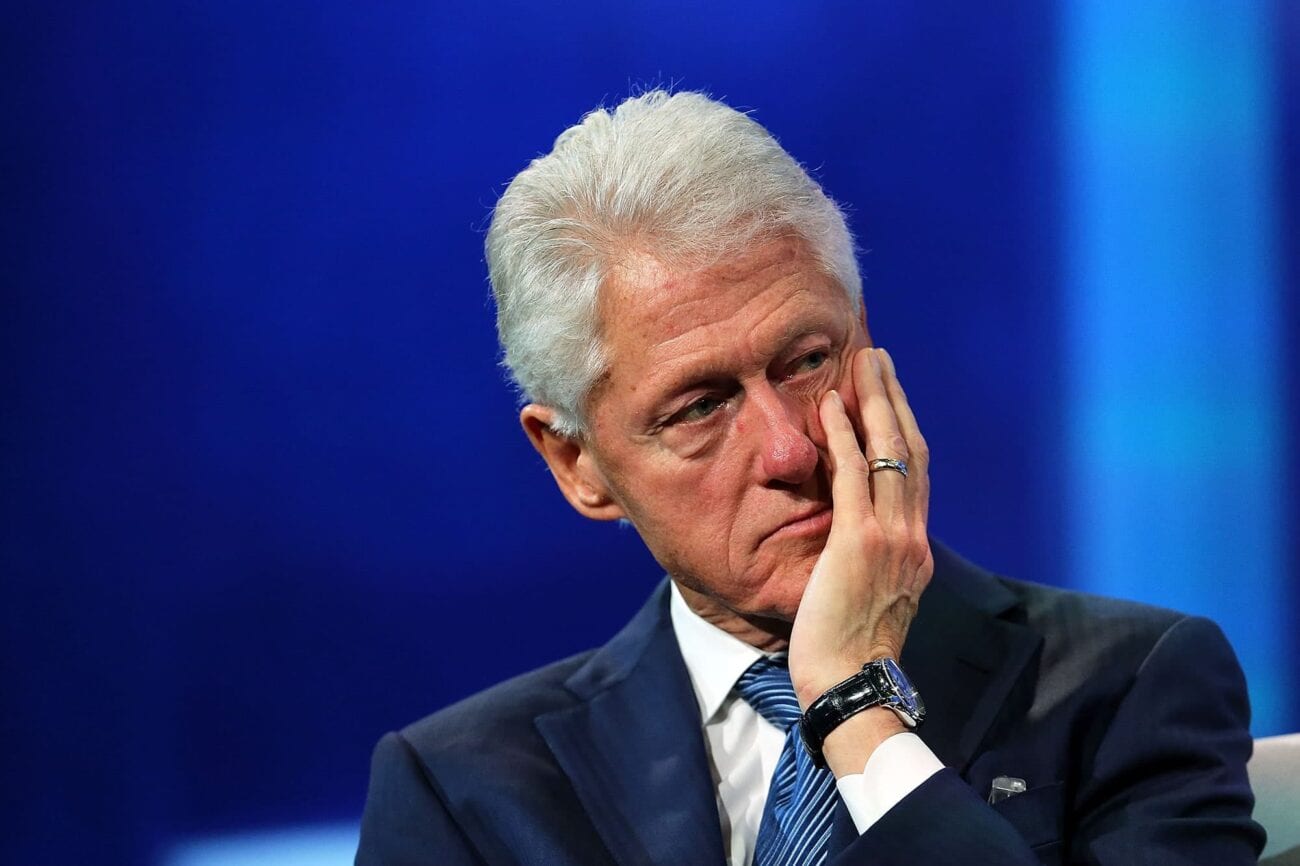 Bill Clinton: Go behind the scenes of the affair during his presidency

Tell-all memoirs are a rite of passage in any presidency, a kind of baptism by fire. How much unpublished dirt can we find on a presidential hopeful or, even better, on a brand new president? Donald Trump’s stint in the White House saw a handful of books written about him. We can expect another handful about Joe Biden sooner or later. In the meantime, there’s a new book about Bill Clinton’s presidency as a warm-up!

The Bill Clinton/Monica Lewinsky scandal seems like such an archaic bit of news these days. There aren’t any viral tweets or revealing Instagram posts associated with the affair. No hashtags! But it was a thing back in the 90s, and it took over the country for a good while. It dominated American life the way MAGA hats or Bernie Sanders mittens do these days. How much do you know (or remember) about the scandal? 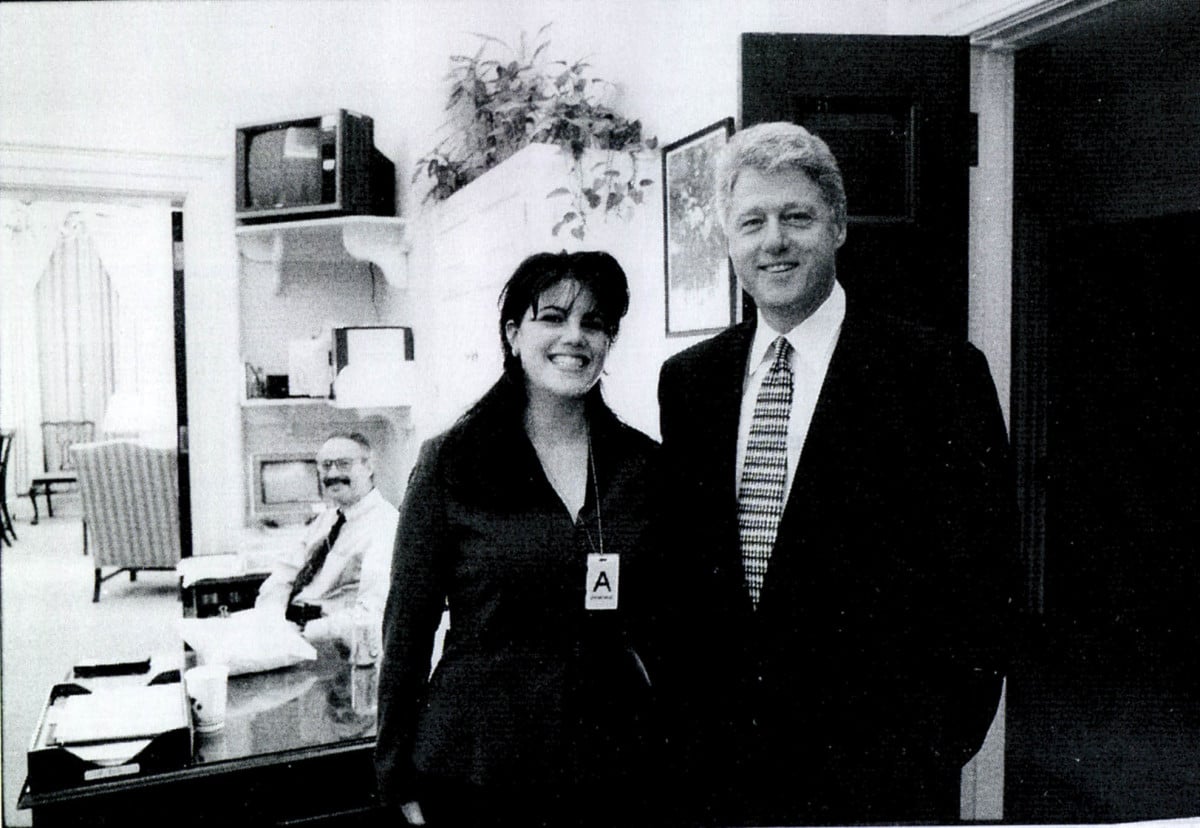 Monica Lewinsky was an intern at the White House. Bill Clinton was the President of the United States. A sordid affair bloomed – a tale as old as time. The catch was that – in addition to being married – Clinton was already in hot water regarding sexual misconduct. A former Arkansas state employee, Paula Jones, had accused the president of sexual harassment.

Paula Jones’s lawyers sought to show a pattern of behavior by Clinton. A penchant for inappropriate sexual relationships with other government employees, you could say. Bill Clinton & Monica Lewinsky’s affair suddenly became a smoking gun smack-dab in the middle of his presidency. The president & the intern tried to cover it up, but their efforts were in vain. In fact, their efforts were counterproductive.

Bill Clinton’s presidency almost came to an end when he was impeached over his conduct in the Paula Jones case. The charges were perjury to a grand jury and obstruction of justice. Clinton had denied having sexual relations with Monica Lewinsky, but the prosecution had audio recordings that proved otherwise. Those recordings came courtesy of Linda Tripp. 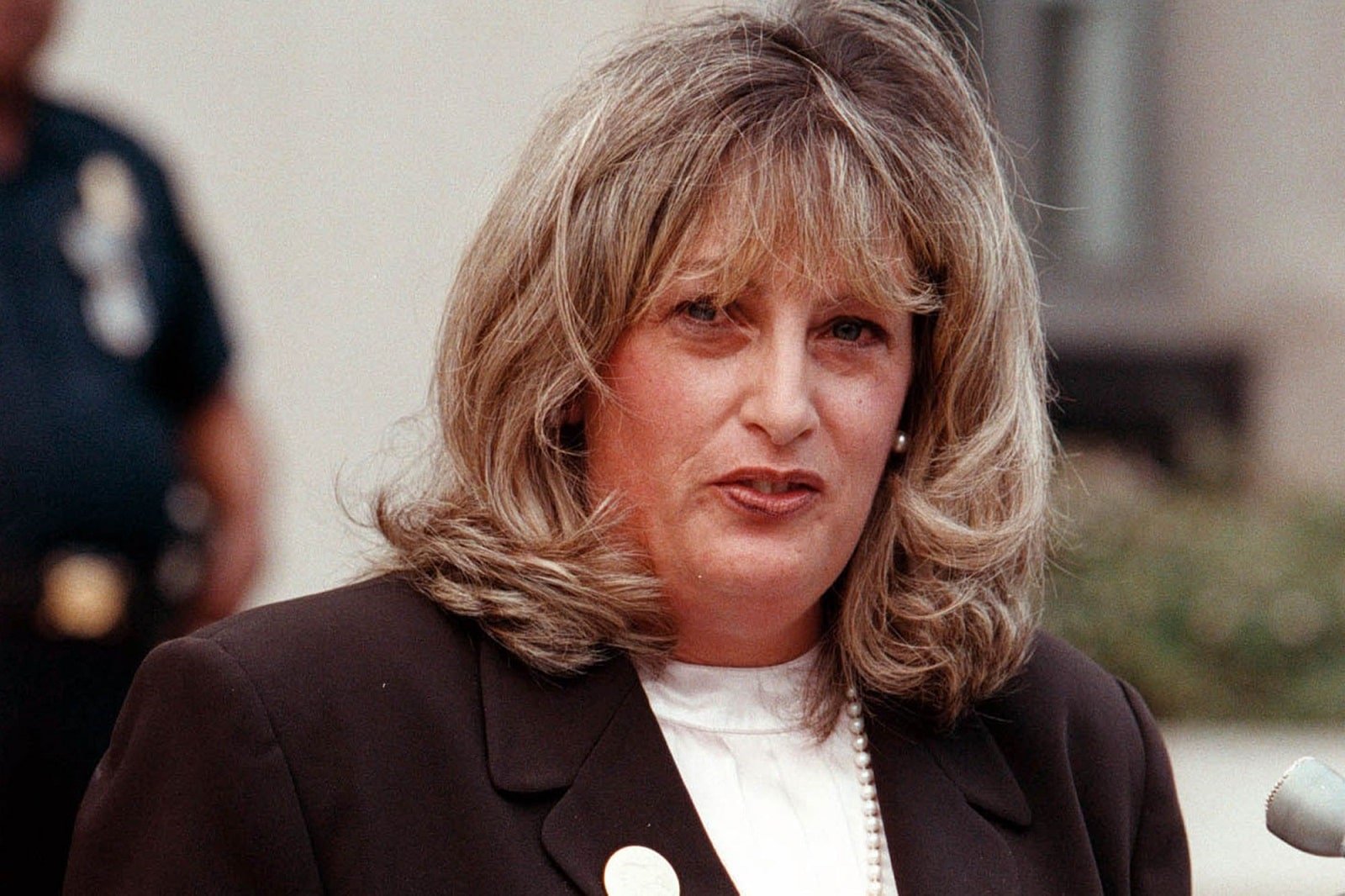 Who’s Linda Tripp? Well, for one, she’s the author of the upcoming memoir A Basket of Deplorables: What I Saw Inside the Clinton White House. The book is being published posthumously, as Tripp passed away due to pancreatic cancer in 2020.

Linda Tripp was also a key figure in the Clinton-Lewinsky scandal. She had become Monica Lewinsky’s confidant during their time working together at the Pentagon. How did Lewinsky end up at the Pentagon? In order to protect Bill Clinton & his presidency, Lewinsky’s superiors had transferred her away from the president. In reality, they ended up putting Lewinsky in touch with the person who would bring Clinton down.

Monica Lewinsky told Linda Tripp all about her affair with Bill Clinton. That’s the big selling point of Tripp’s book. At some point, Tripp started secretly recording her phone conversations with Lewinsky and those tapes (it was the 90s, kids, it was still tapes) eventually made their way to independent counsel Kenneth Starr. Starr used the recordings to prove Clinton’s pants were on fire because he was a liar-liar. 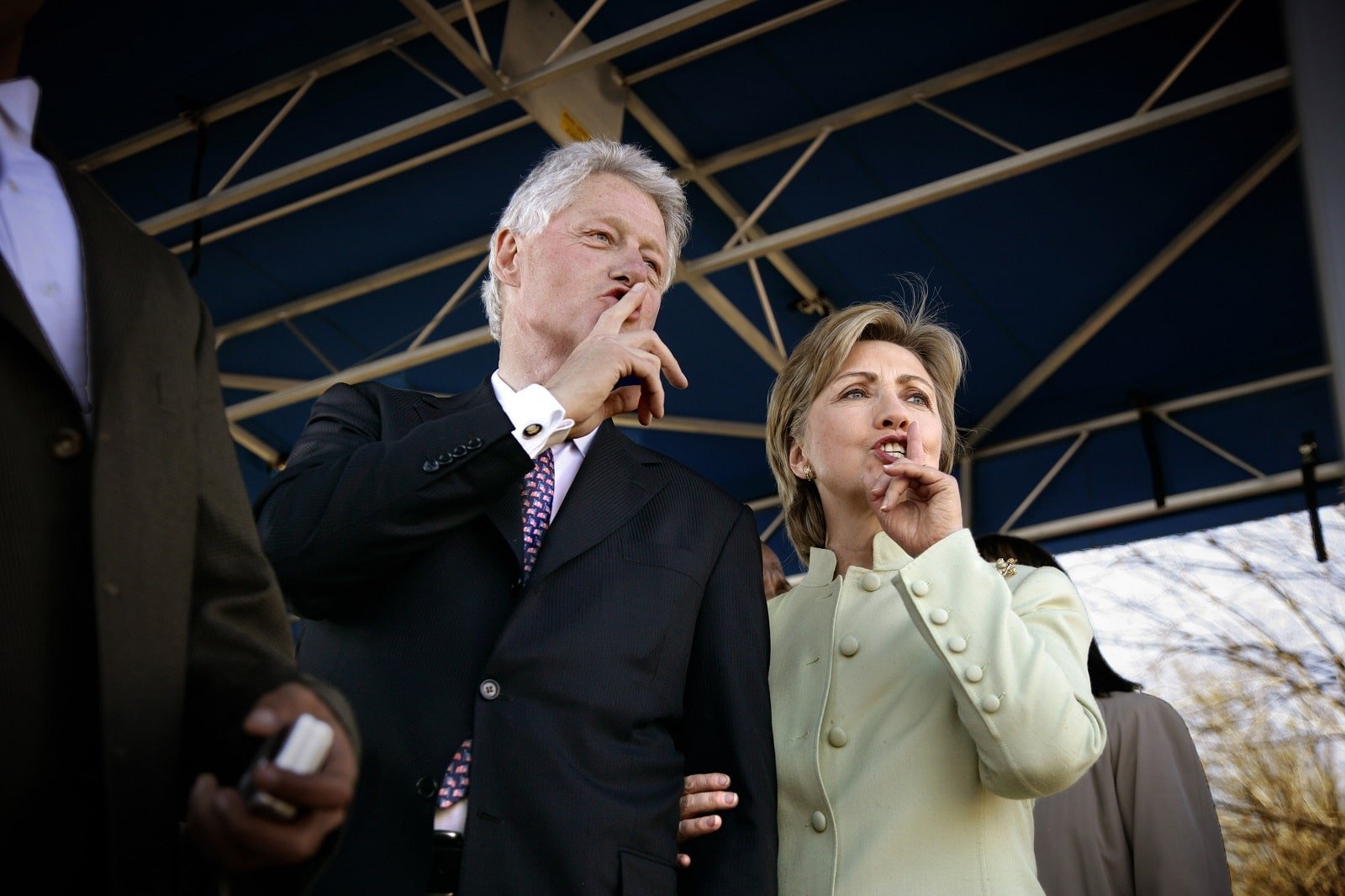 Promotional excerpts from A Basket of Deplorables are floating around the web as you read this. They promise an exposé of Bill Clinton, his presidency, and the many sexual transgressions Clinton’s protectors covered up. According to the pre-order listing, Linda Tripp & co-writer Dennis Carthens share Tripp’s side of the Clinton White House sex scandals “for the first time”.

The Clinton-Lewinsky scandal is ingrained in pop culture (you read that subheading and you knew exactly what we were talking about, right?). It’s entirely possible that Linda Tripp has more to say about it though. Also, given that we’re talking about a scandal from the mid-90s, there’s probably a large number of young’uns who don’t really know about it. But would they buy this book? 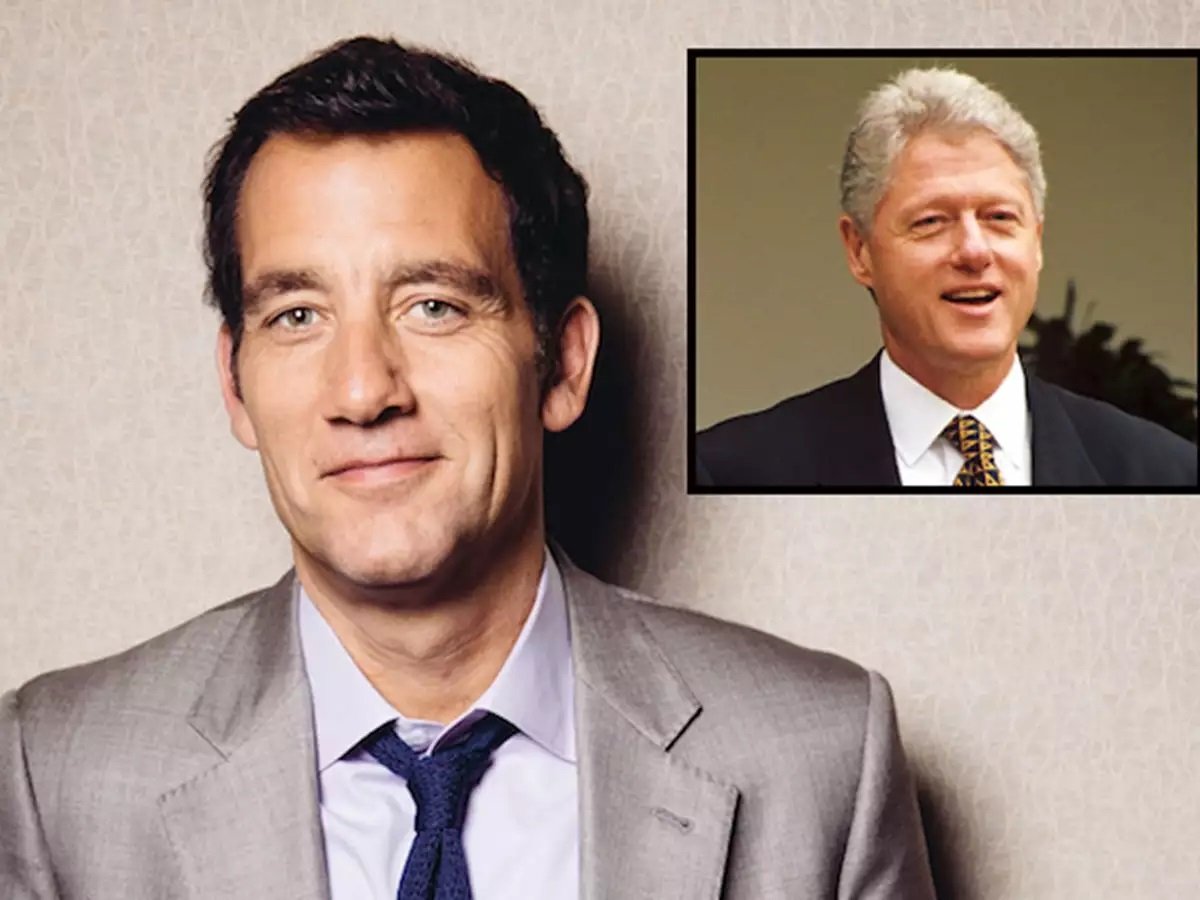 In a way, the timing for the release of A Basket of Deplorables is quite perfect. Not only is a Democrat back in the White House, but there’s a TV show about the Clinton-Lewinsky scandal set to air this year.

The question is: will the TV show drive people to buy the book, or would it be the other way around? And will we see any more projects about the Bill Clinton presidency before Joe Biden’s is over?