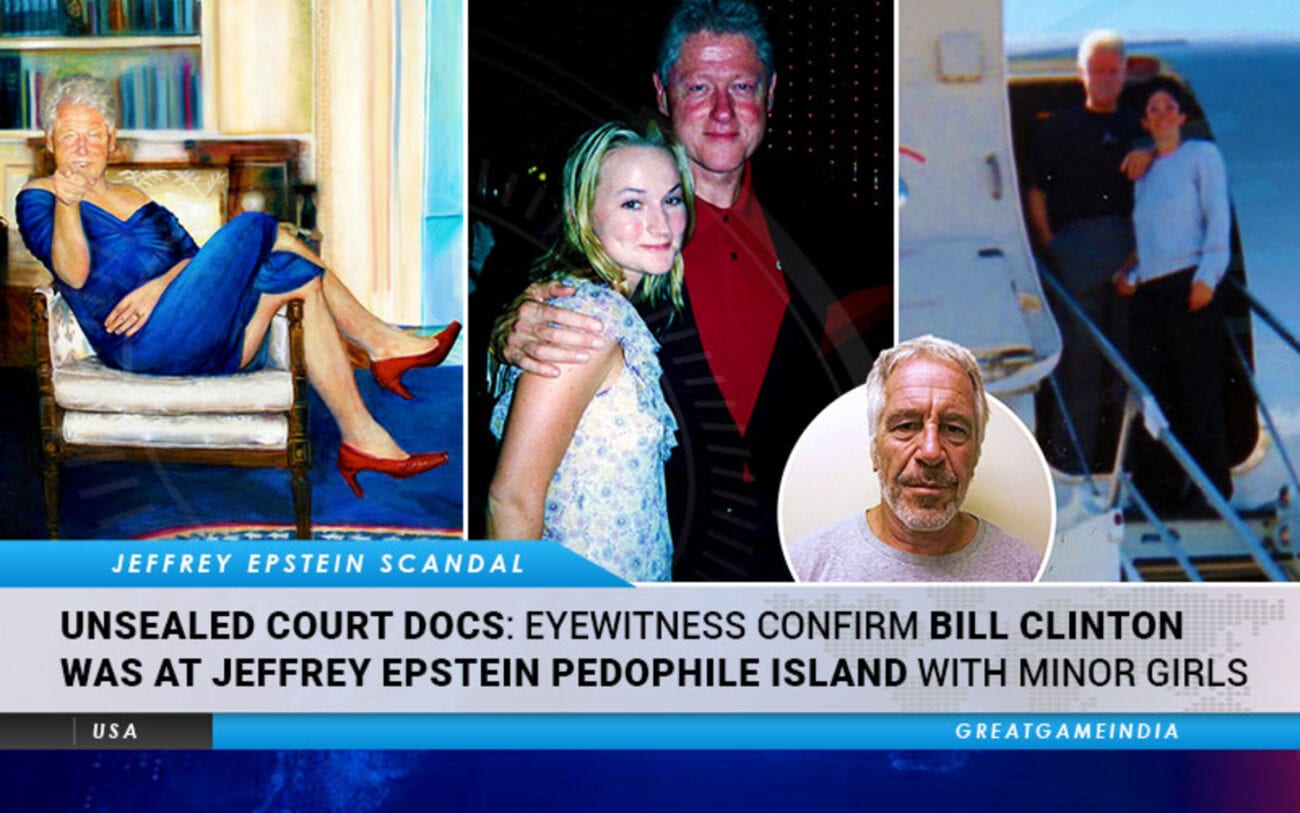 More images are appearing to suggest that Bill Clinton spent time with pedophile Jeffrey Epstein. As the Ghislaine Maxwell case continues, documents have been unsealed that include images of Bill Clinton in close proximity to Epstein and his associates. Bill Clinton’s spokesperson Angel Ureña continues to deny that Clinton has ever been to Epstein’s pedophile island, but evidence is mounting that they were in regular contact. 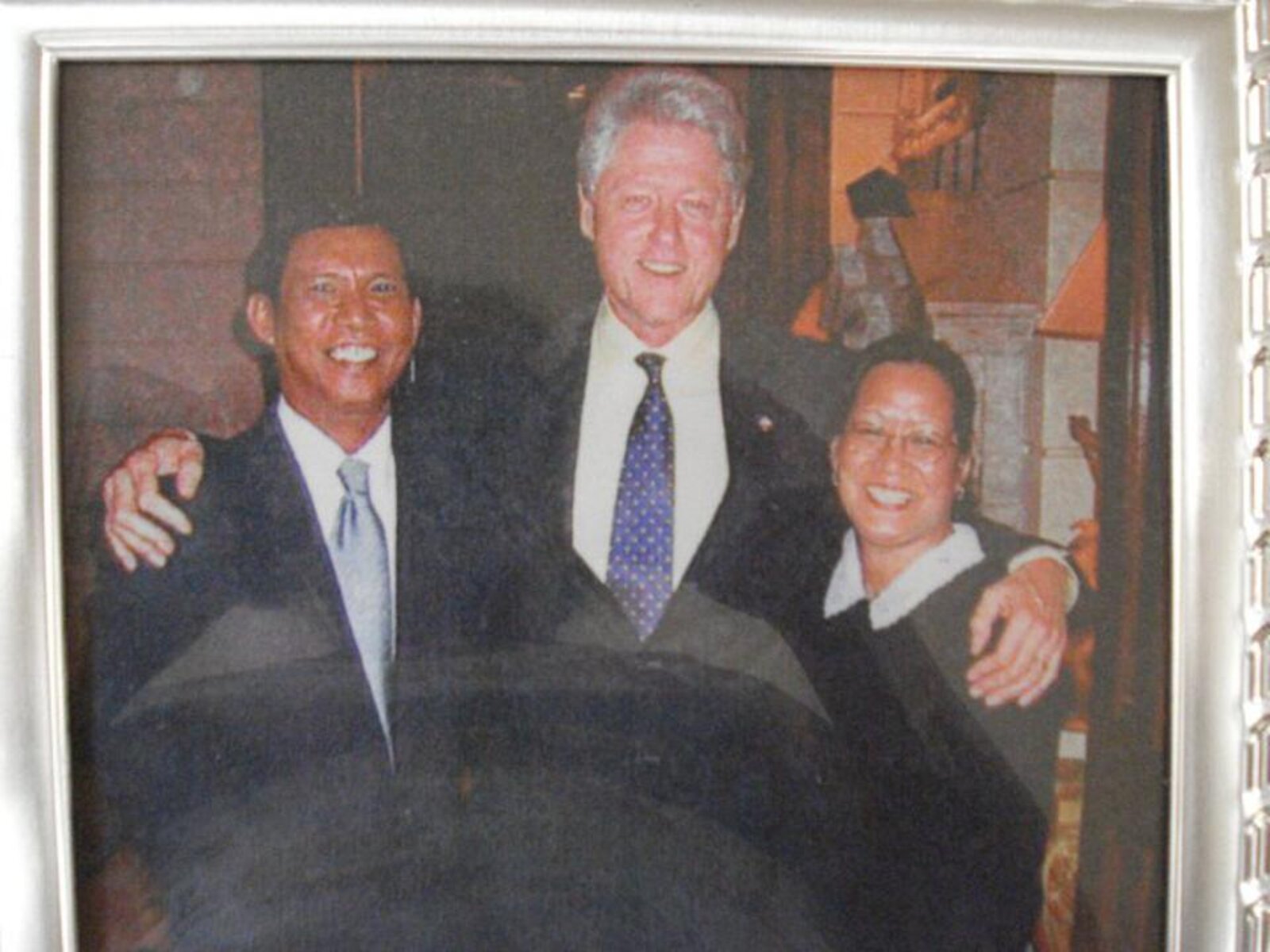 Jeffrey Epstein’s former maid Jun-Lyn Fontanilla and her husband Jojo Fontanilla are shown in photographs with prominent individuals including Bill Clinton, Prince Andrew, John Kerry, and Chris Tucker. Jun-Lyn Fontanilla posted these pictures to her Facebook wall, but died under mysterious circumstances in 2016.  The Fillipino couple had been working for Epstein since the 90’s and were close to their boss. 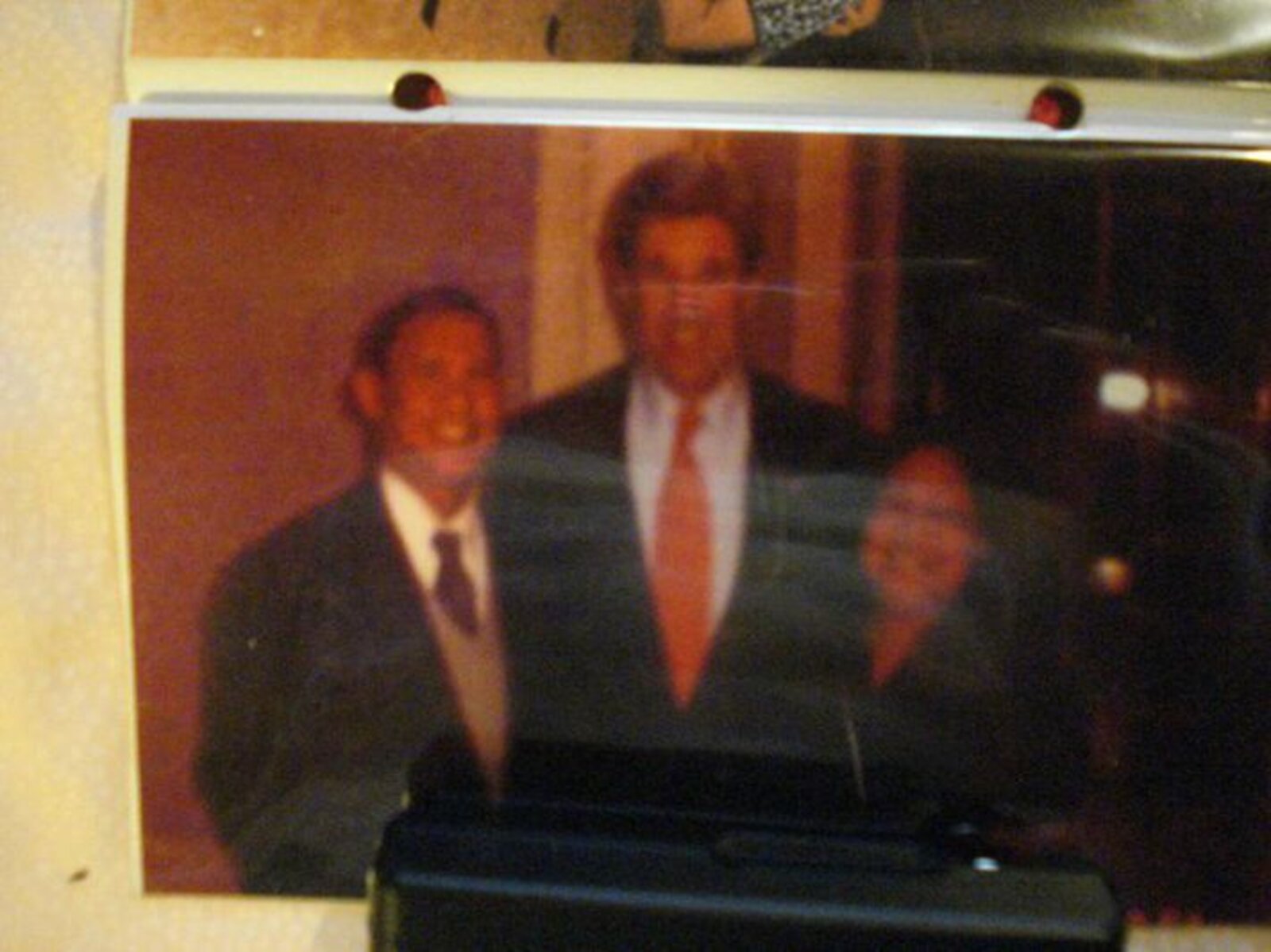 Jun-Lyn Fontanilla was named by Jennifer Araoz in 2019 as helping to facilitate Epstein’s abuse, but since Fontanilla is dead no prosecution can be pursued. The images do, however, paint a picture of the people who would visit Epstein’s New York mansion and democratic politicians Bill Clinton and John Kerry are clearly seen with the peodphile’s former maids. 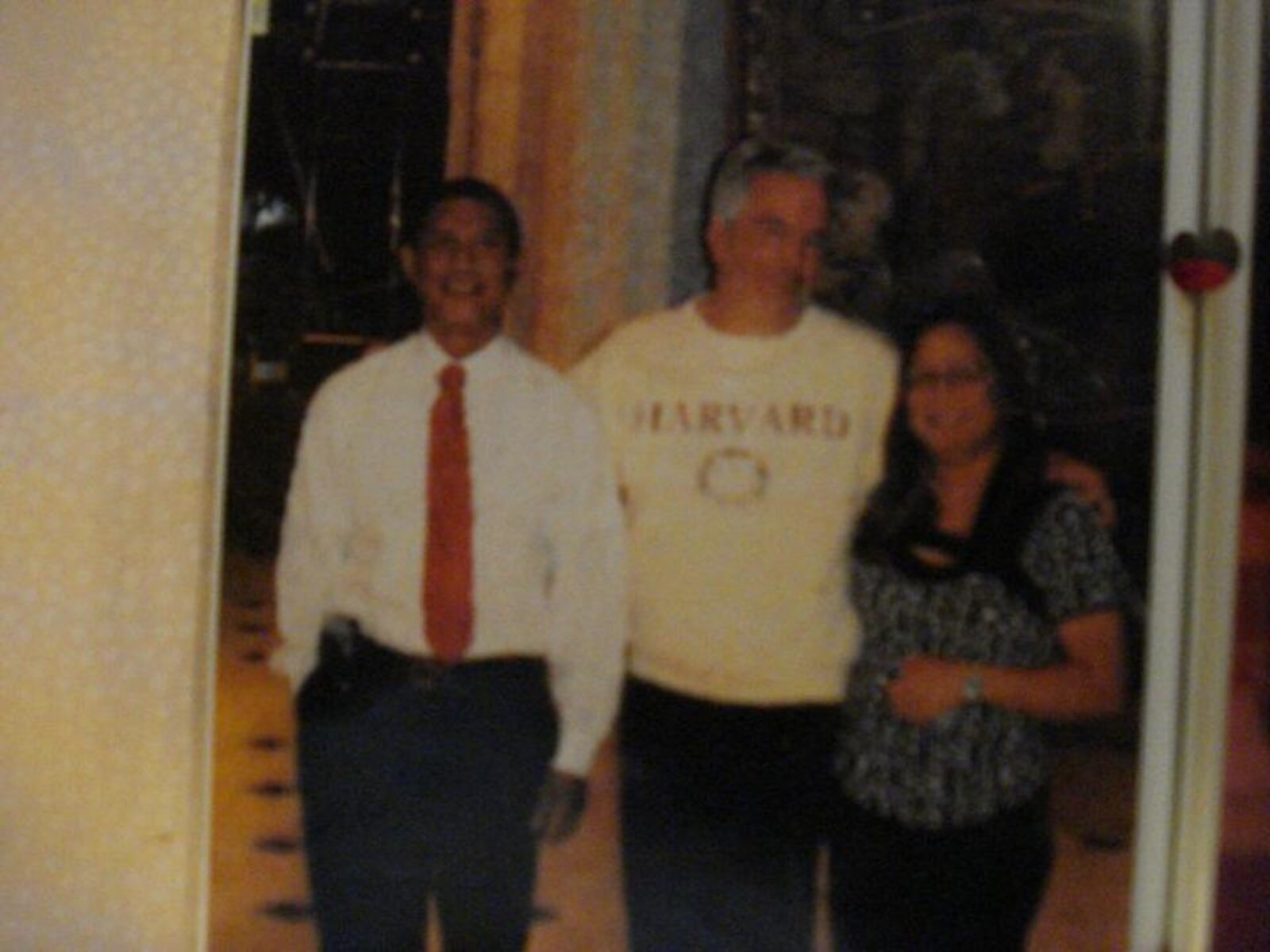 A portrait of Bill Clinton wearing Hillary Clinton’s blue dress has also appeared, and was allegedly found in Jeffrey Epstein’s New York mansion. The blue dress in question is the one Hilary Clinton wore to the 2009 Kennedy Center Honors and was painted by Manhattan-based artist Petrina Ryan-Kleid. When the FBI stormed Epstein’s New York apartment they allegedly found other bizarre paintings that have not yet been released. 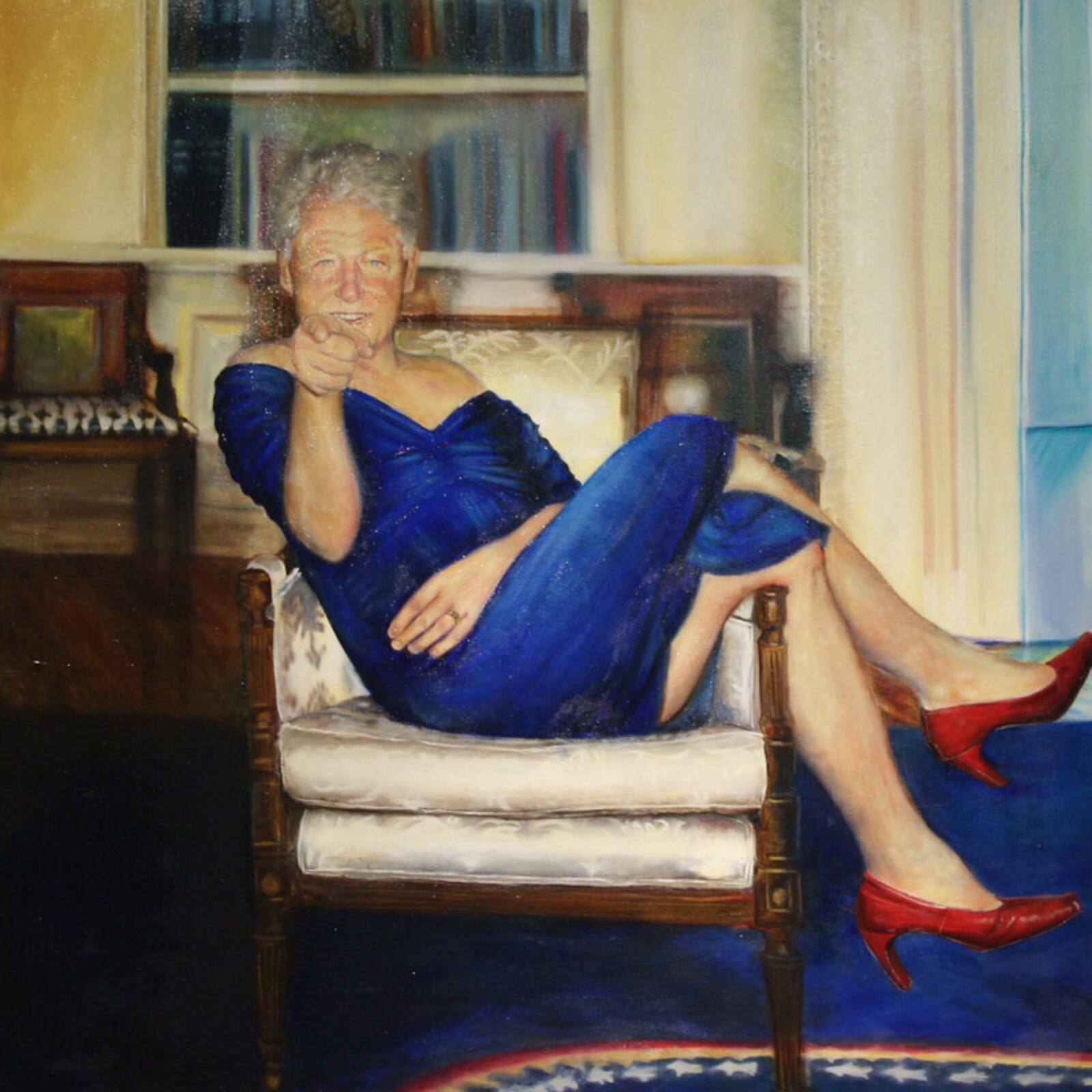 Bill Clinton’s dress portrait was spotted inside Jeffrey Epstein’s mansion in October 2012. The witness has remained anonymous, but claimed to see the portrait while being led from Epstein’s office to his personal quarters. The witness saw the portrait through a door that had been left temporarily open by one of the house keepers. 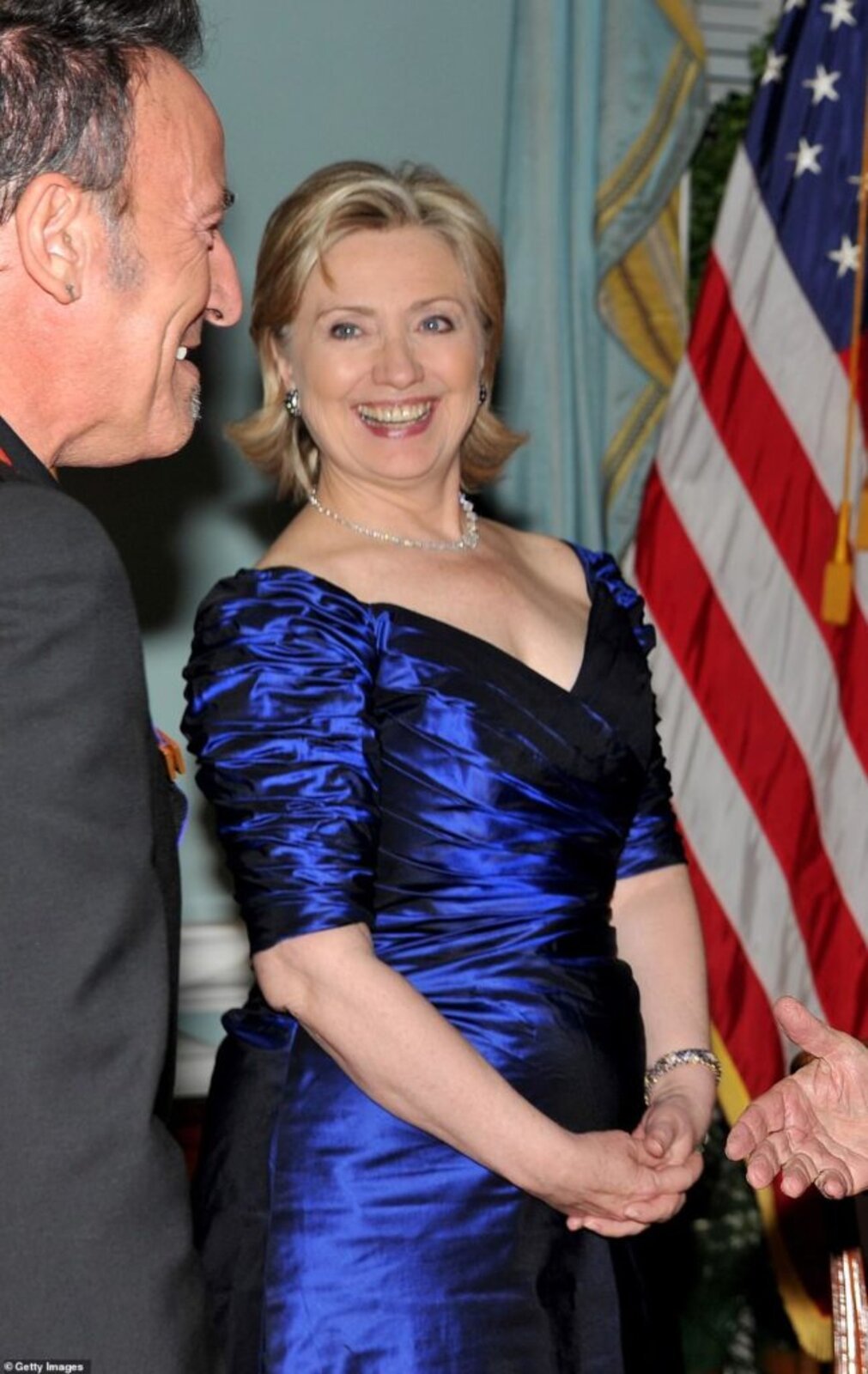 The artist was clueless

Petrina Ryan-Kleid had no idea who had bought her painting. She said “ In 2012, as a grad student at the New York Academy of Art, I painted pictures of Presidents Bill Clinton and George Bush as part of my Master’s thesis. When the school put on a fundraiser at the Tribeca Ball that year, they sold my painting to one of the attendees. I had no idea who the buyer was at the time.” 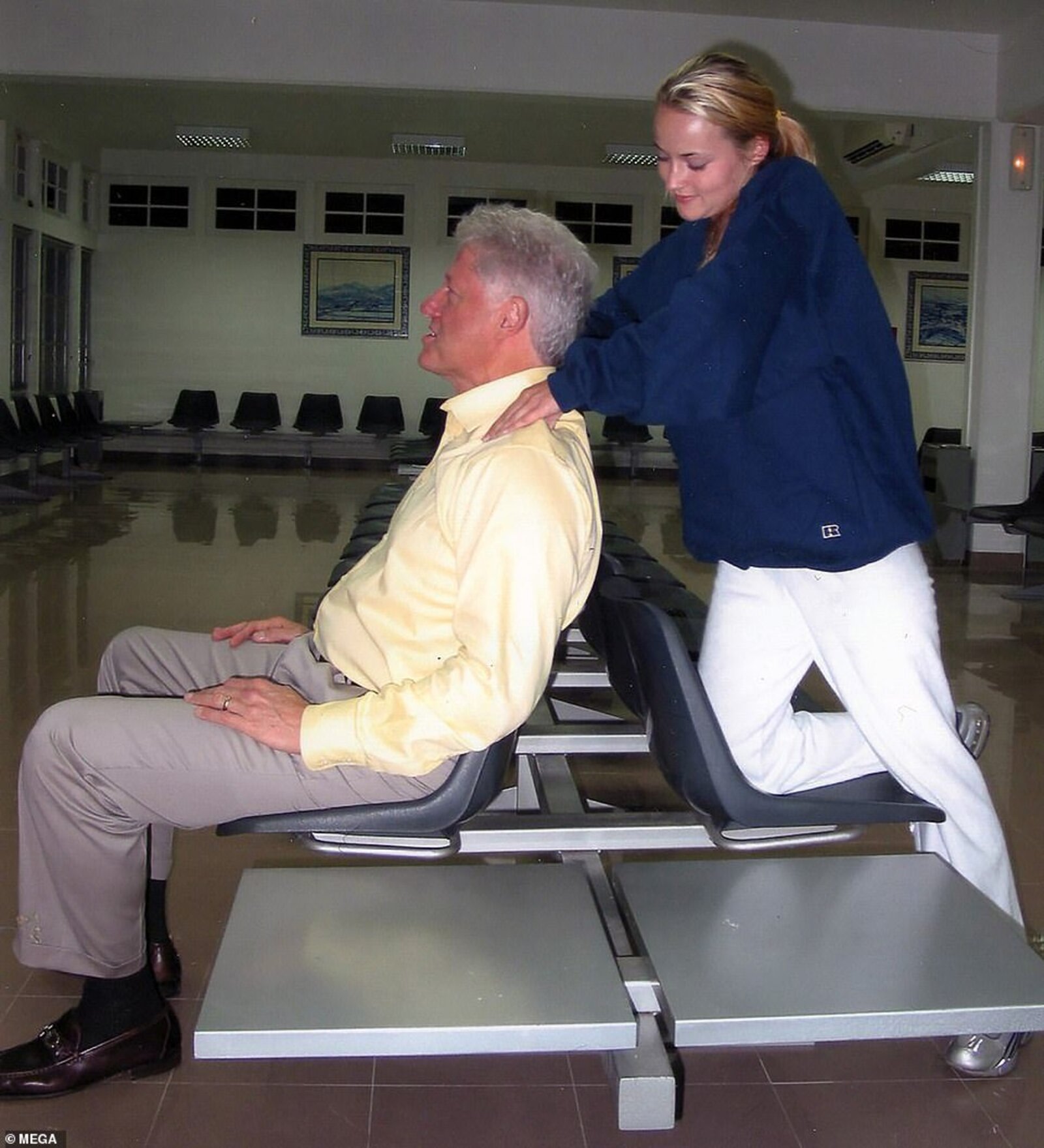 During a trip to Africa on Jeffrey Epstein’s plane, Bill Clinton is seen getting a quick massage from Chauntae Davies while the plane stopped to refuel in Portugal. Clinton allegedly complained of having a stiff neck and with Ghislaine Maxwell’s insistence she was encouraged to massage Clinton. 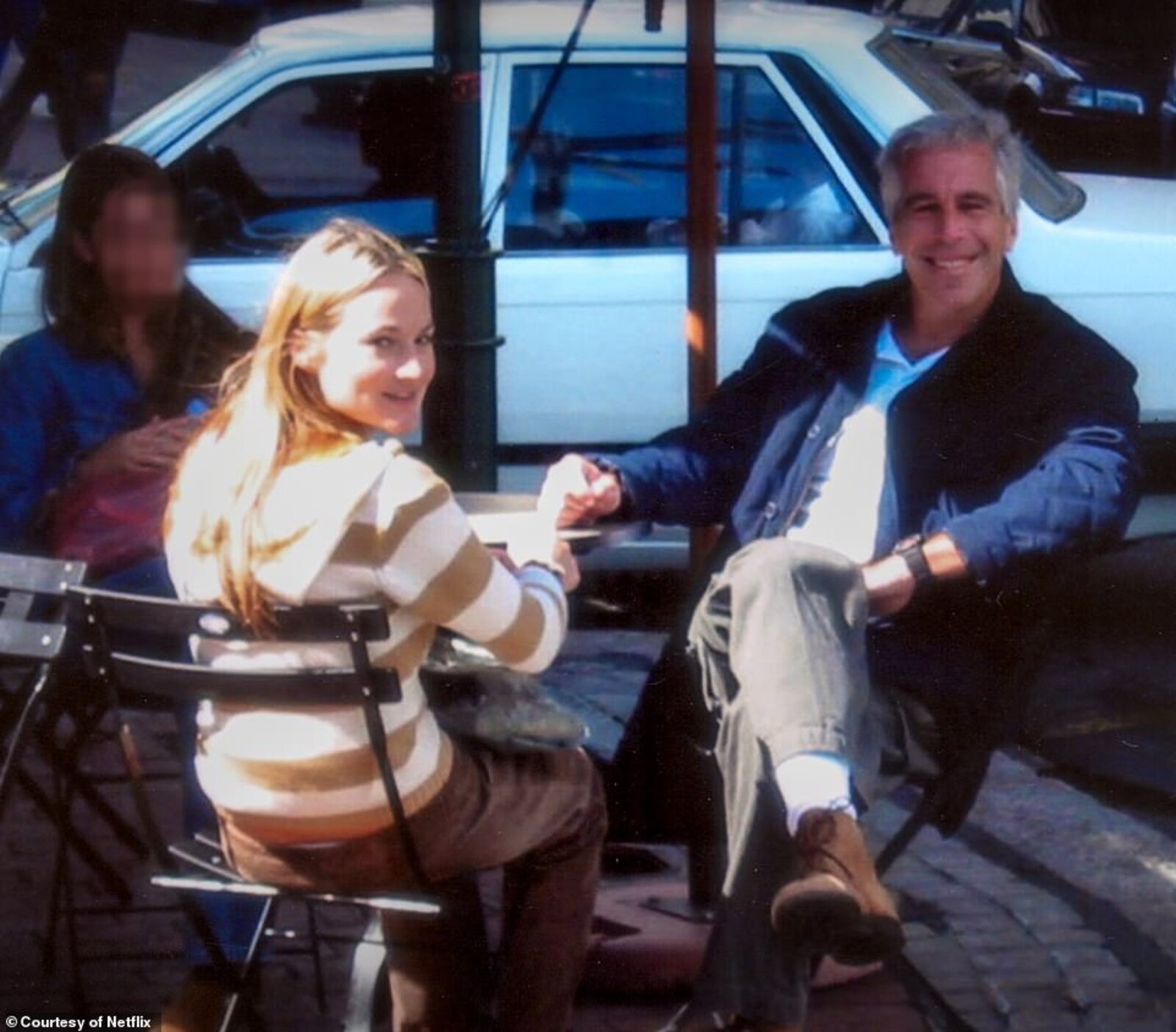 After Ghislaine Maxwell convinced Bill Clinton how good of a masseuse Chauntae Davies was, he turned to her and asked “Would you mind giving it a crack?” The trip to Africa was part of a project for the Clinton’s foundation to raise awareness about poverty and the AIDS crisis in the continent. 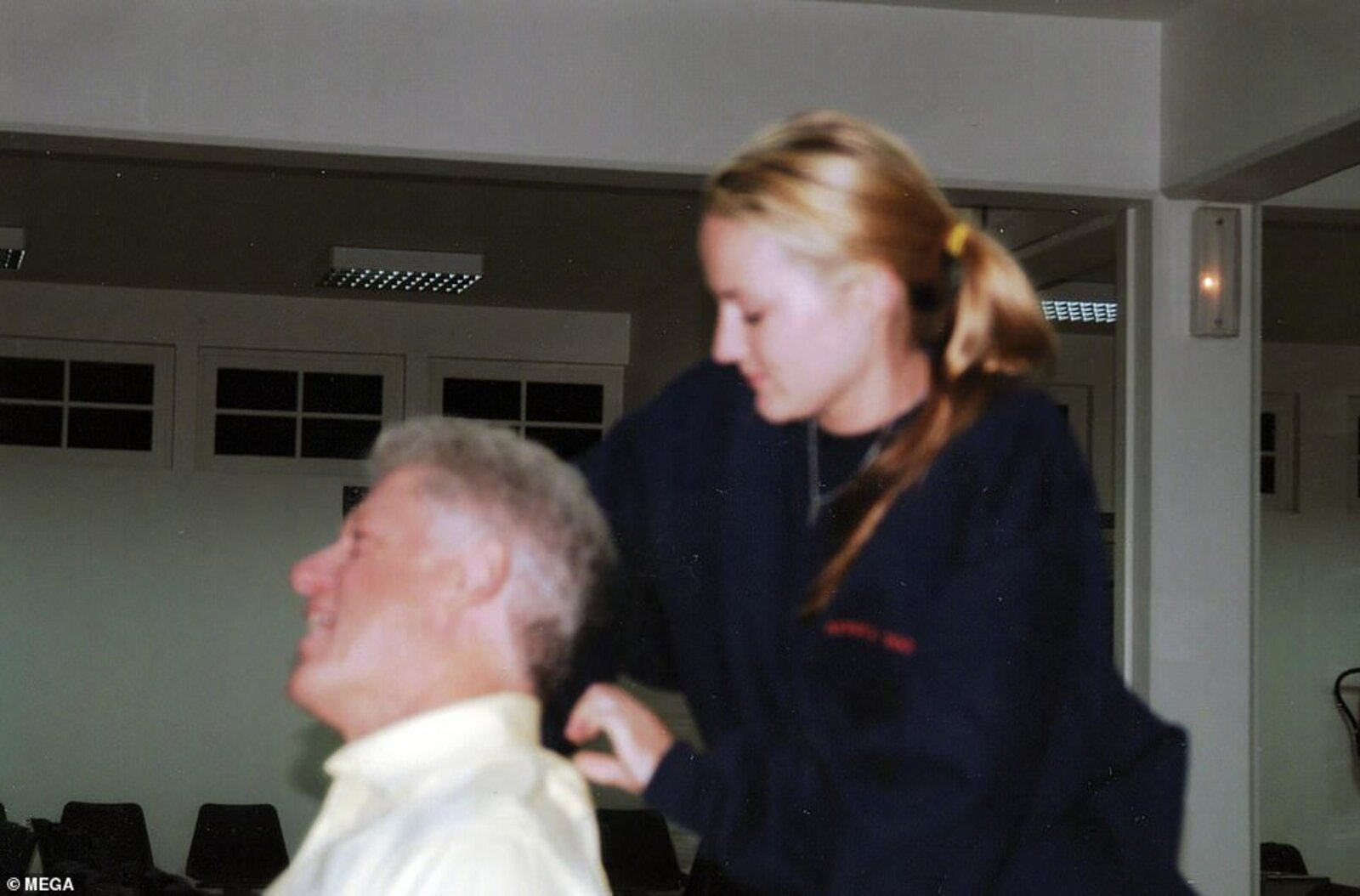 Was Clinton friends with Epstein?

It’s hard to know for sure what connection Jeffrey Epstein and Bill Clinton had, but it’s clear that they weren’t strangers. We hope that as the Ghislaine Maxwell case picks up steam more information will be revealed regarding Clinton’s connection to Epstein.