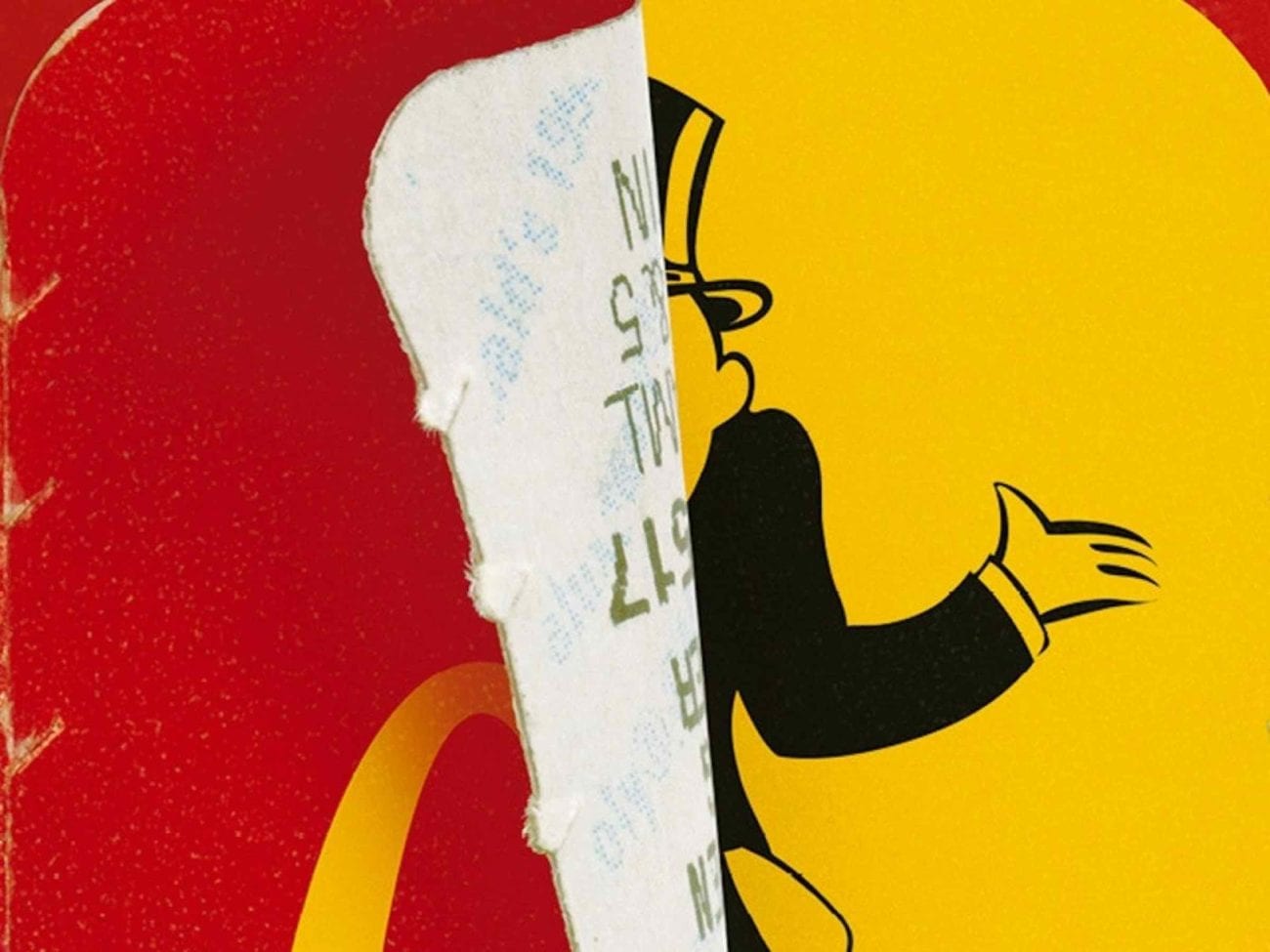 When you hear the words ‘McDonald’s’ and ‘conspiracy’ used together in the same sentence the idea of a health crisis might come to mind. In the six-part docuseries McMillions, that is not quite the case. Of course, that doesn’t mean a juicy conspiracy isn’t around the corner.

If you were around for the 90s, you may be familiar with the McDonald’s monopoly-style peel-off game that was advertised continent-wide to win people millions. Hence, the million in McMillions. 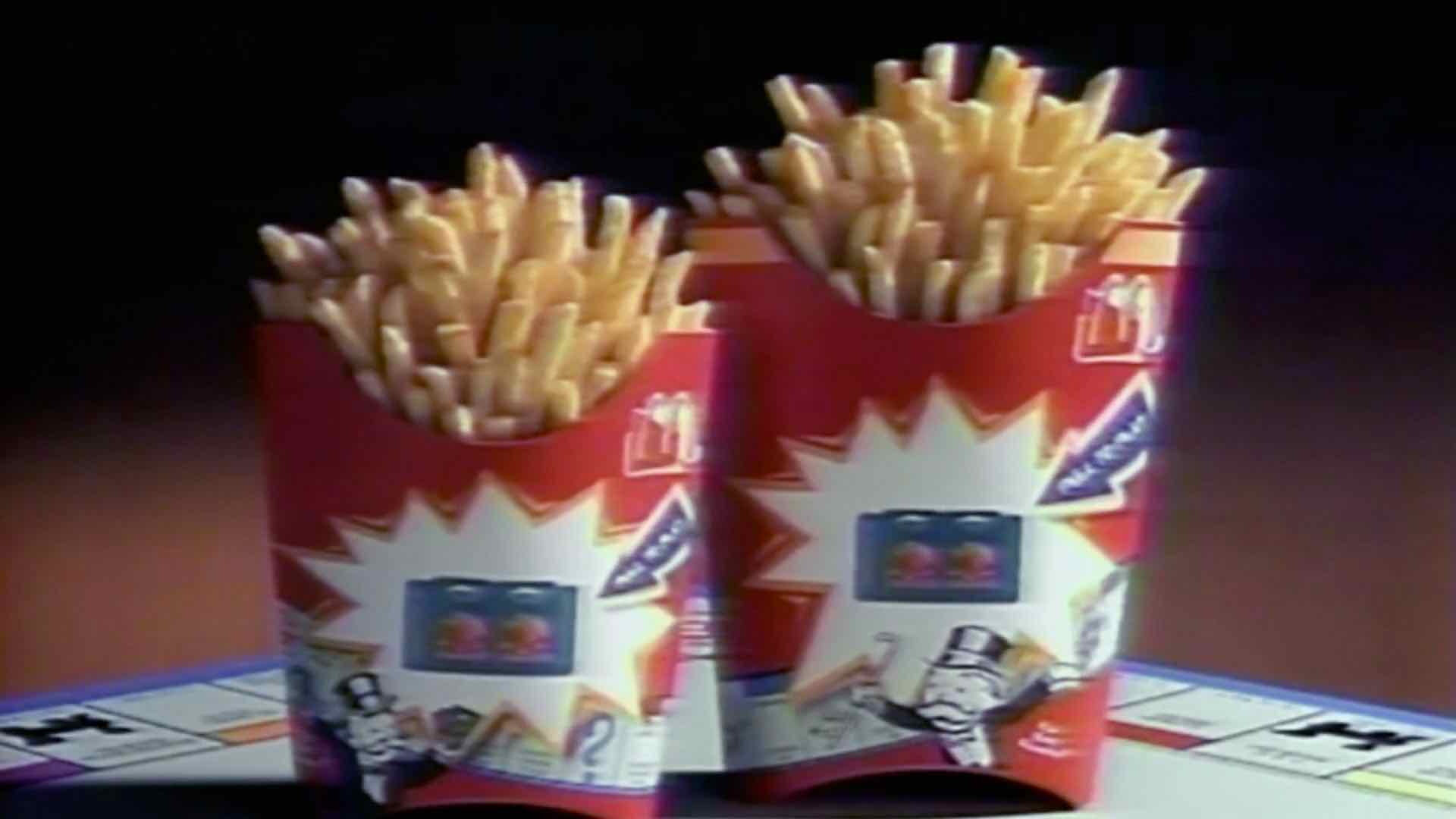 Basically the way it worked was, you’d peel a sticker off your McDonald’s fast food item and get a surprise ‘Monopoly game piece’ to add to your collection. So a sticker peeled from a french fries box reading ‘Free Parking,” could actually contain a ticket to a free $100,000.

Not all prizes on the backs of those coveted stickers were for high-value cash prizes or expensive items like new cars, but there was joy in the chase. Little did North Americans know, someone was hoarding all the best game pieces. For years, the hunt for the most delectable prizes would be moot for fast food eaters everywhere. 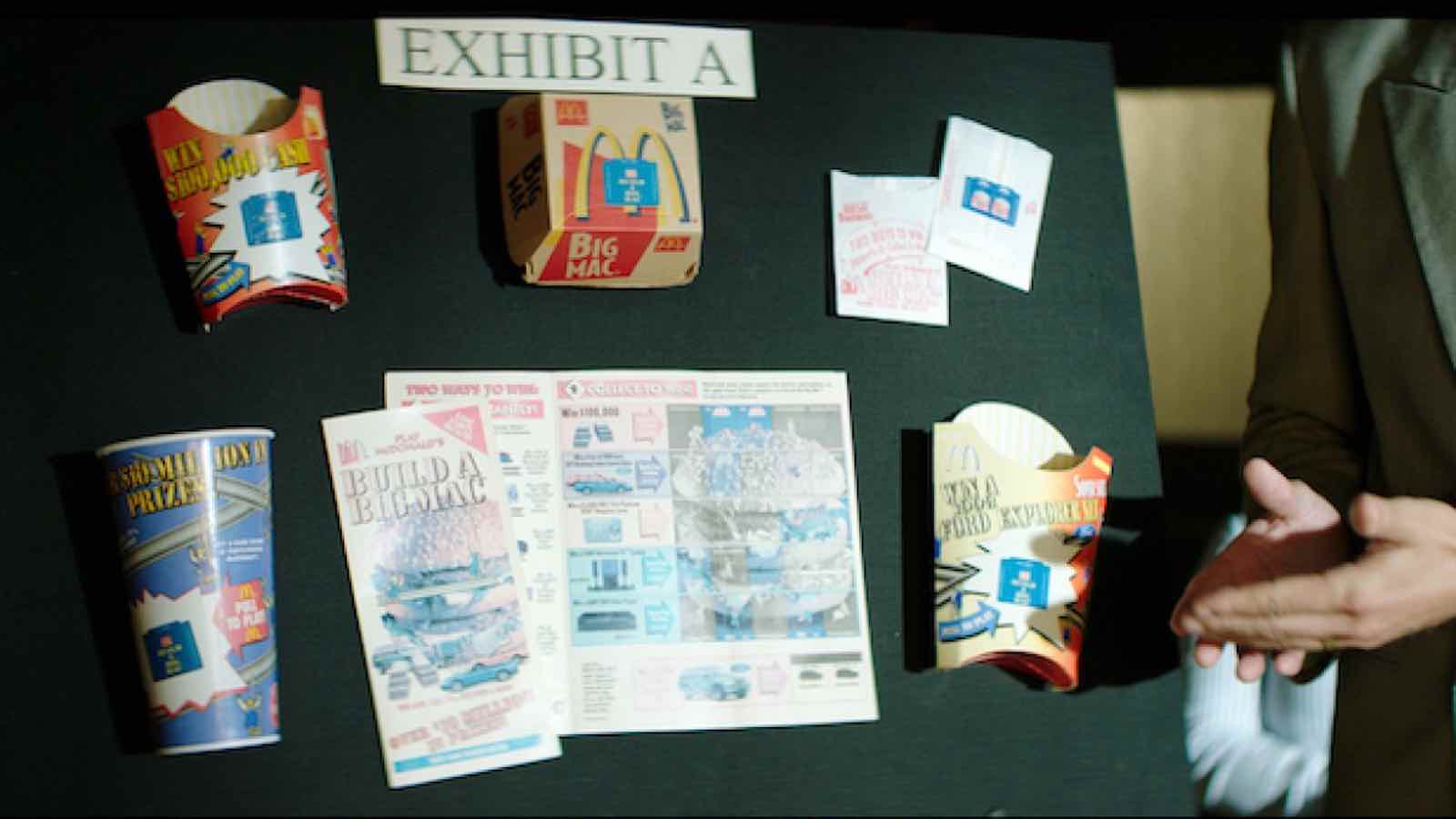 But how? How does one manage to harvest and keep so many winning game pieces? From the inside, of course.

But you, sweet conspiracy nut, you, probably already knew that was coming. 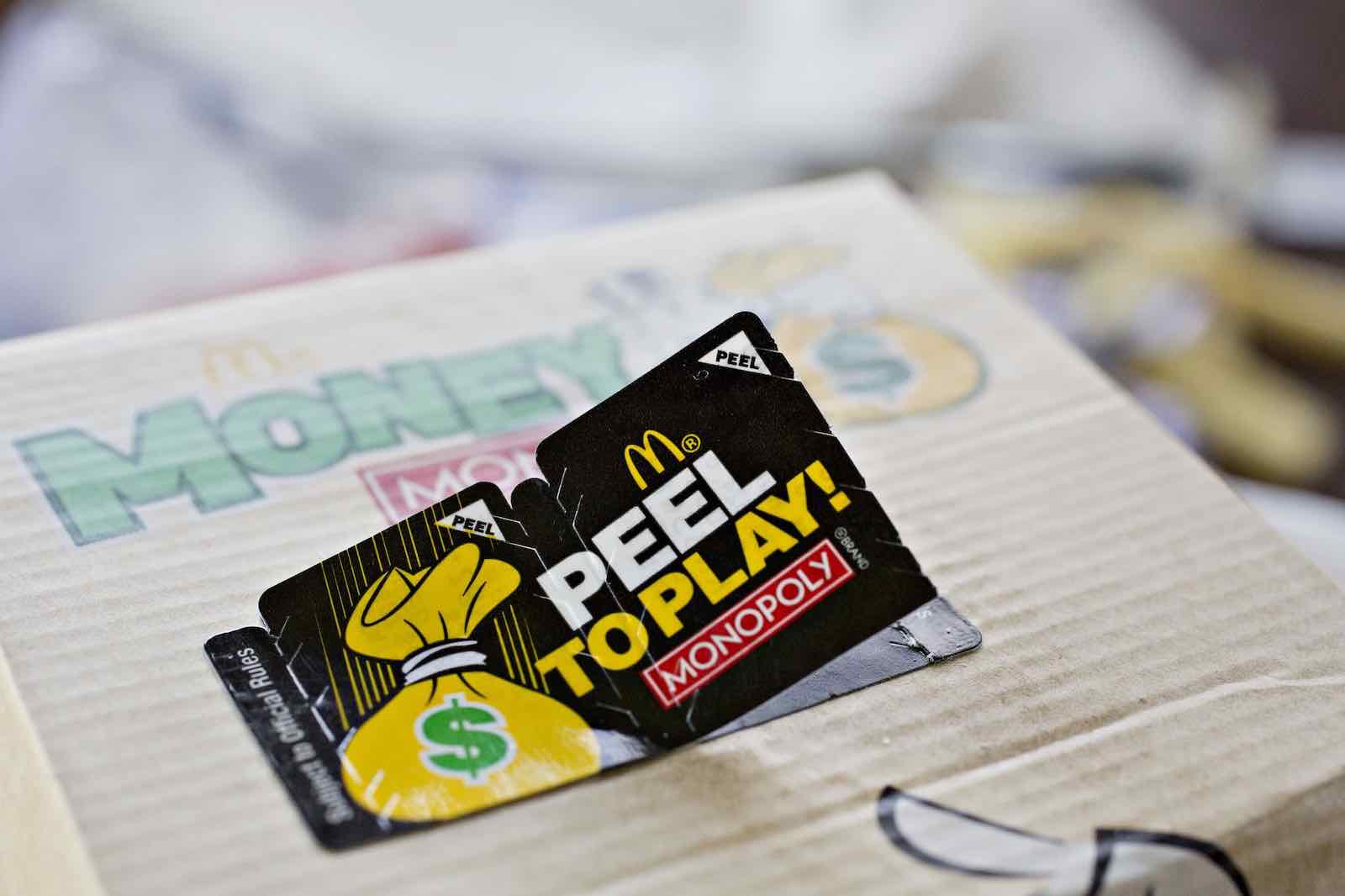 McDonald’s had subcontracted work from a company called Simon Marketing. They were the ones in charge of promoting and producing the sticker game. Amongst the company workers was a man named Jerome P. Jacobson.

Jacobson was chief of security at Simon Marketing and when he mistakenly received a package of anti-tampering stickers, a funny little idea crawled into his head about how he could put them to use.

Dozens of winning stickers were being printed right under his nose. Now that he had the means to hide whether or not they’d been tampered with, it was only logical what happened next. People were still winning big from the McDonald’s sticker game, but those ‘mcmillions’ were staying within a carefully hidden circle of people. 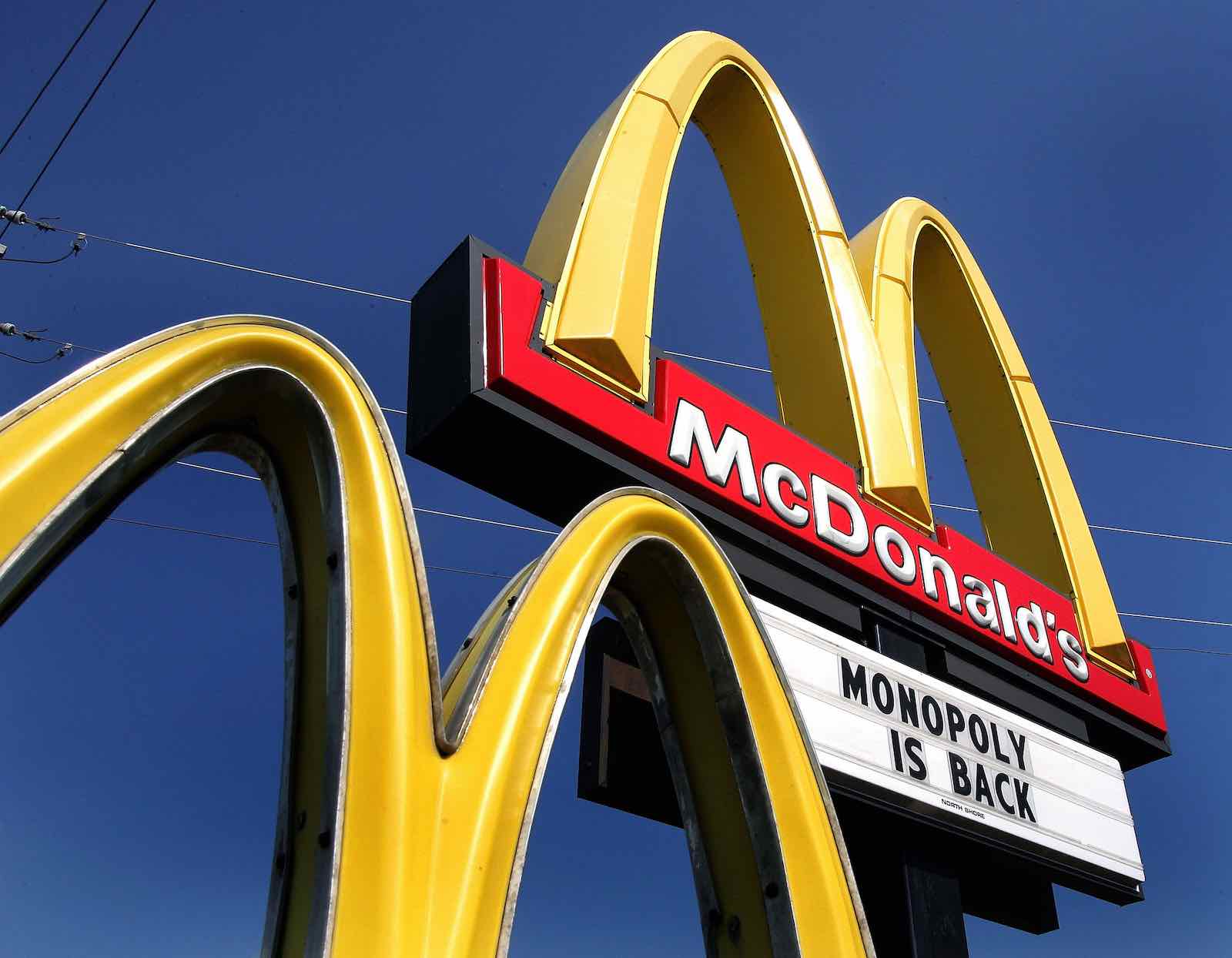 The Results of Dastardly Enterprise

Peel the stickers, mail them to a circle of contacts, then collect the shared proceeds. Jacobson put the winner in winner, winner, chicken dinner. Unfortunately, (or fortunately, depending on your perspective) all good things come to an end.

After a decade of defrauding people, an informant eventually emerged. The FBI got wind of this delicious scam and shut it down. McDonald’s, who had no idea this was going on with their subcontracted company, was not pleased, to say the least. Talk about bad publicity.

Needless to say, McDonald’s and Simon Marketing aren’t exactly besties anymore. They even ended up suing each other. And Jerome Jacobson? He served his time and is reportedly living a secluded life in Georgia repenting his deeds. 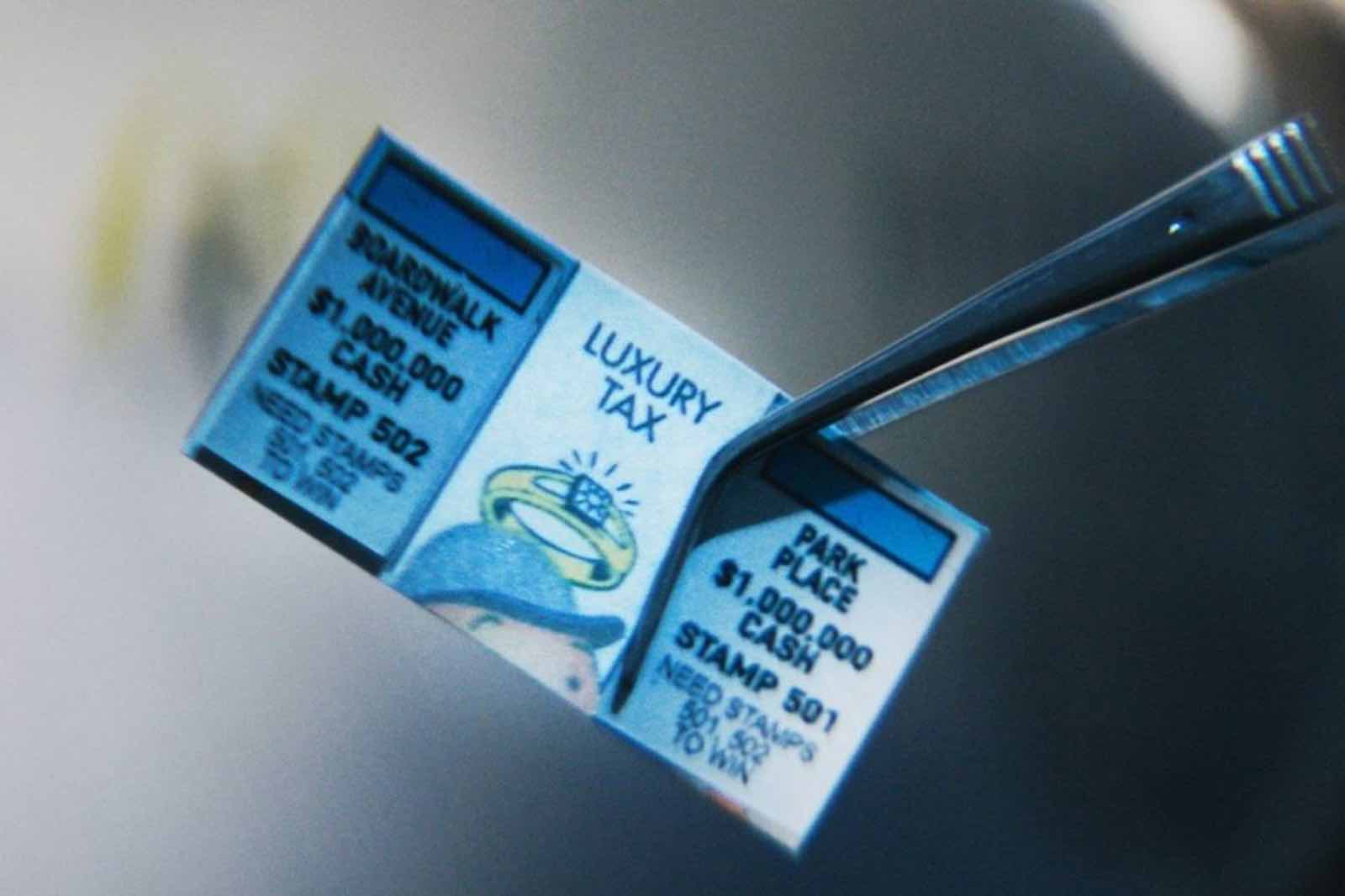 Of course, there are some honey-mustard dipped details that we left off in this brief summary.

By watching McMillions you can find out things like:

-Who was the informant?

-How hard was it for Jacobson to pull this off?

-How many people amassed riches from this fraudulent activity?

-And, oh yeah, did we mention the mafia was involved?

You’ll have to watch McMillions in order to get the real dirt.