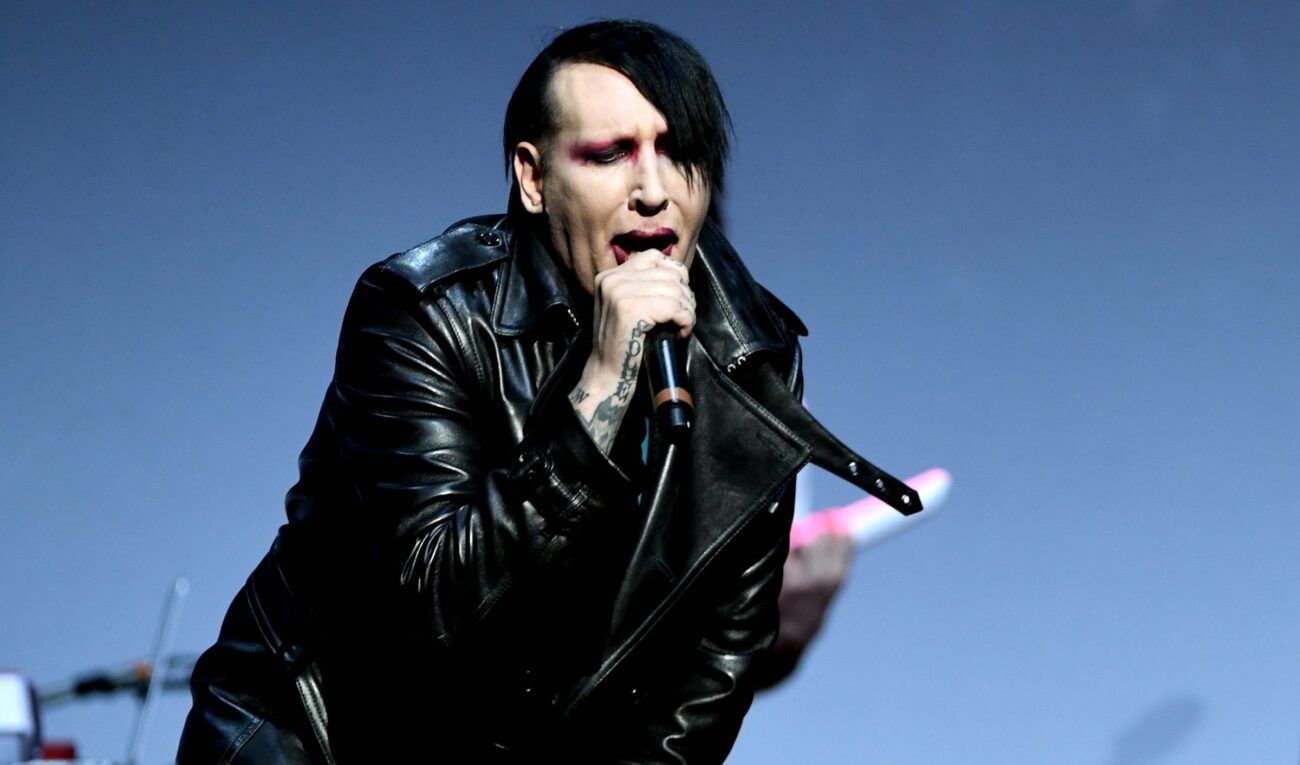 It’s been announced that the highly-speculated sexual abuse lawsuit against Marilyn Manson has been dismissed. The lawsuit was first filed by Jane Doe in May as she claimed the rock star had raped her after they started dating in 2011. She claimed repressed memories of the incident stopped her from reporting the incident then.

Although this case has been dismissed, Manson is still facing three other sexual abuse lawsuits. There have been fifteen women in total who have accused the rock musician of sexual assault. Here are the details of Jane Doe’s lawsuit and the horrifying (and graphic) accounts of other alleged victims of Marilyn Manson. 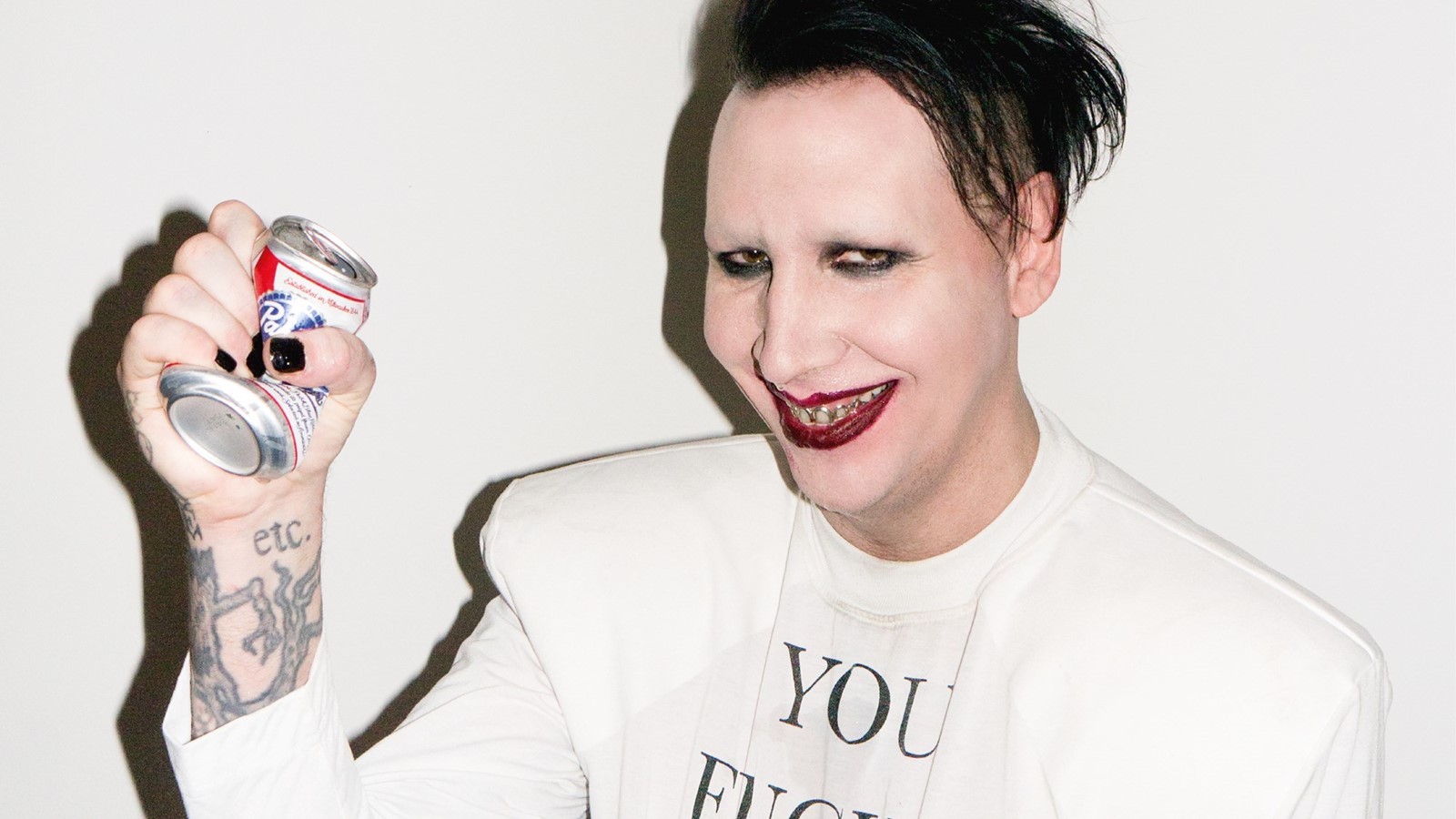 Lawsuit dismissed due to statute of limitations

On Tuesday, a judge ruled that the woman’s complaint “alleges neither when the repression began — such as immediately after the events took place, or outside the limitations period — nor its nature or extent, such as what memories were repressed or the extent to which Plaintiff was prevented from recalling them,” according to court documents.

The court has given the woman twenty days to refile the lawsuit and address the judge’s concerns.

In a statement to PEOPLE, the woman’s attorneys Adam Wolf and Tracey Cowan said, “Marilyn Manson wants to silence our client about her rape. He tried to use technical legal arguments to get her case thrown out altogether. The judge thoughtfully analyzed the case law, and rightfully held that her case can go forward, so long as she amends her Complaint to add some additional details.” 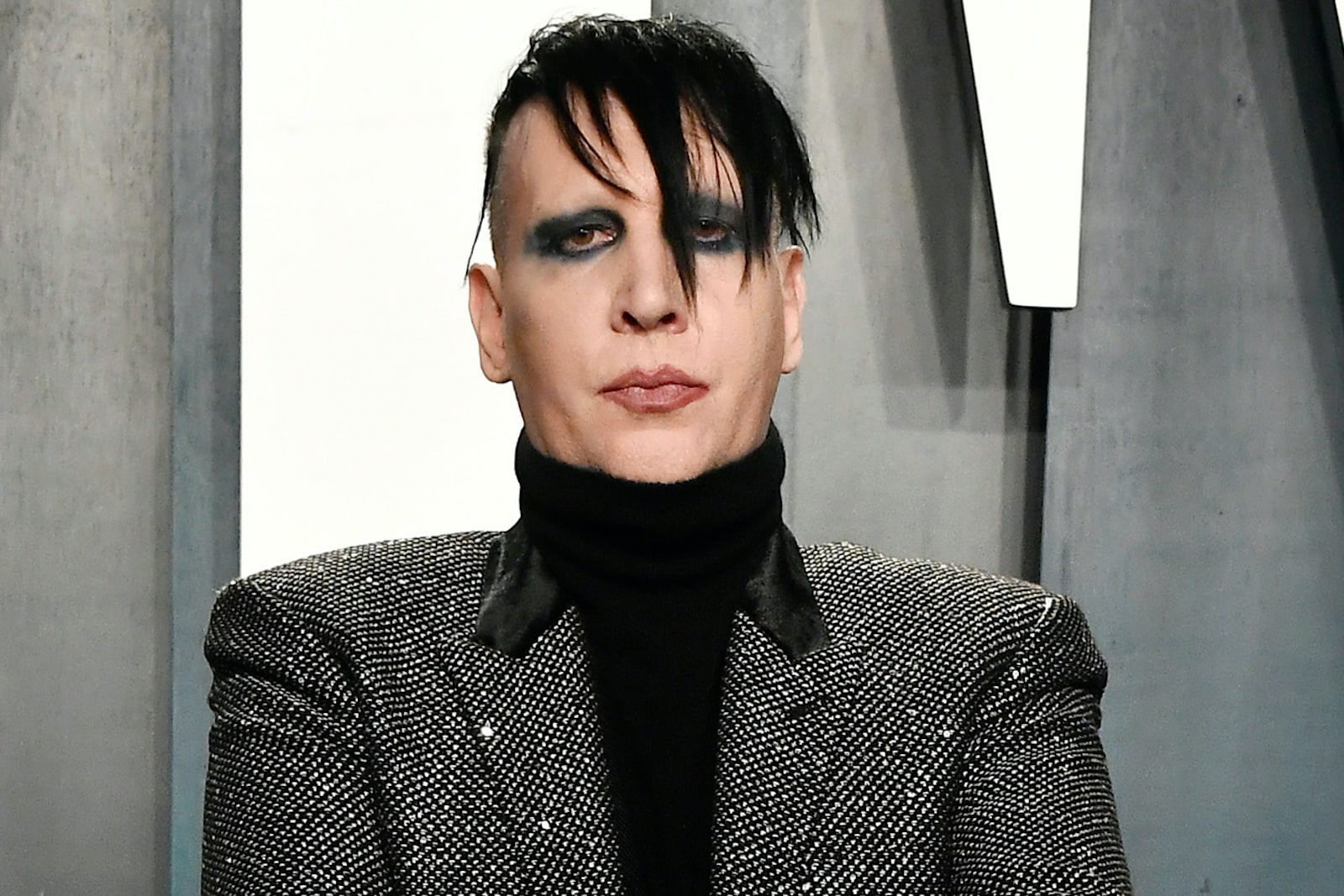 “We intend to amend with those additional details very shortly, and look forward to the opportunity to make Manson answer for his actions,” the statement read. 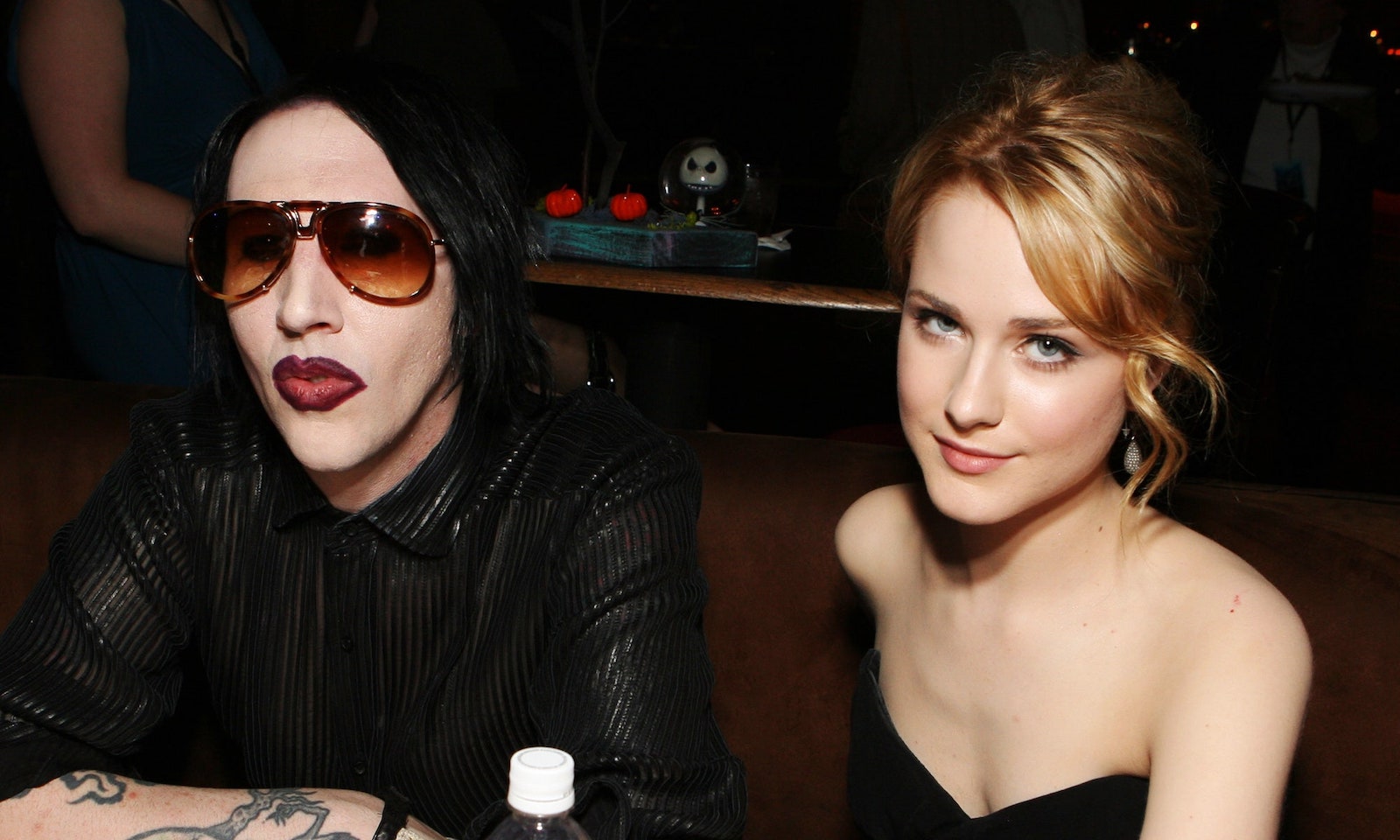 Manson is currently facing three other lawsuits from women who claim to have been sexually abused by him in the past. This includes his ex-girlfriend Ashley Morgan Smithline and Game of Thrones actress Esme Bianco. At least 15 women have publicly accused Marilyn Manson of sexual assault, which he has vehemently denied.

The musician addressed the allegations on Instagram, writing that his “intimate relationships have always been entirely consensual with like-minded partners.” He also described the women’s claims as “horrible distortions of reality.” 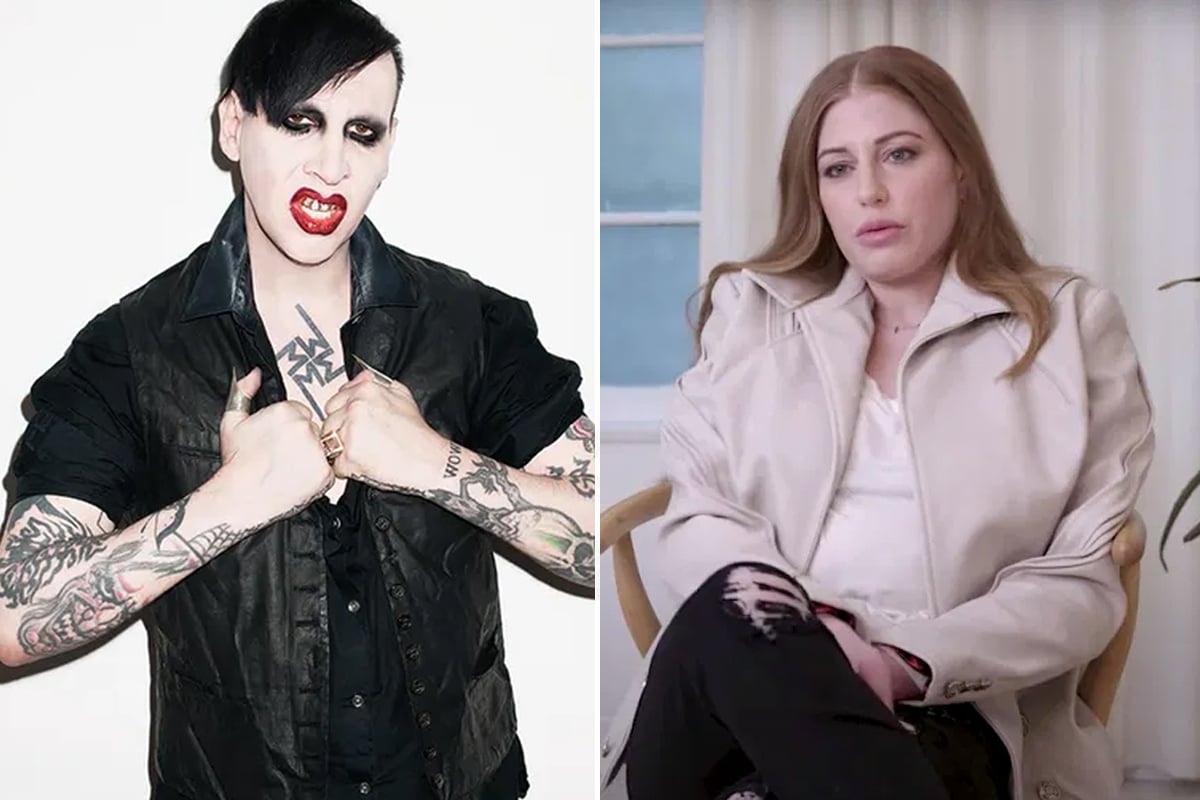 Ashley Morgan Smithline claims that within two years, she was sexually assaulted innumerable times by Manson. She also claims he had bitten her, whipped her, cut her with a swastika-emblazoned knife, and shoved his fist in her mouth during sex.

Smithline also detailed that Manson forced her to do a blood pact and that she was locked into what he called “the bad girl’s room” which is a glass, soundproof room, whenever she “pissed him off.”

She also alleged that after being raped multiple times, Marilyn Manson told her, “You can’t rape someone that you’re in love with.” 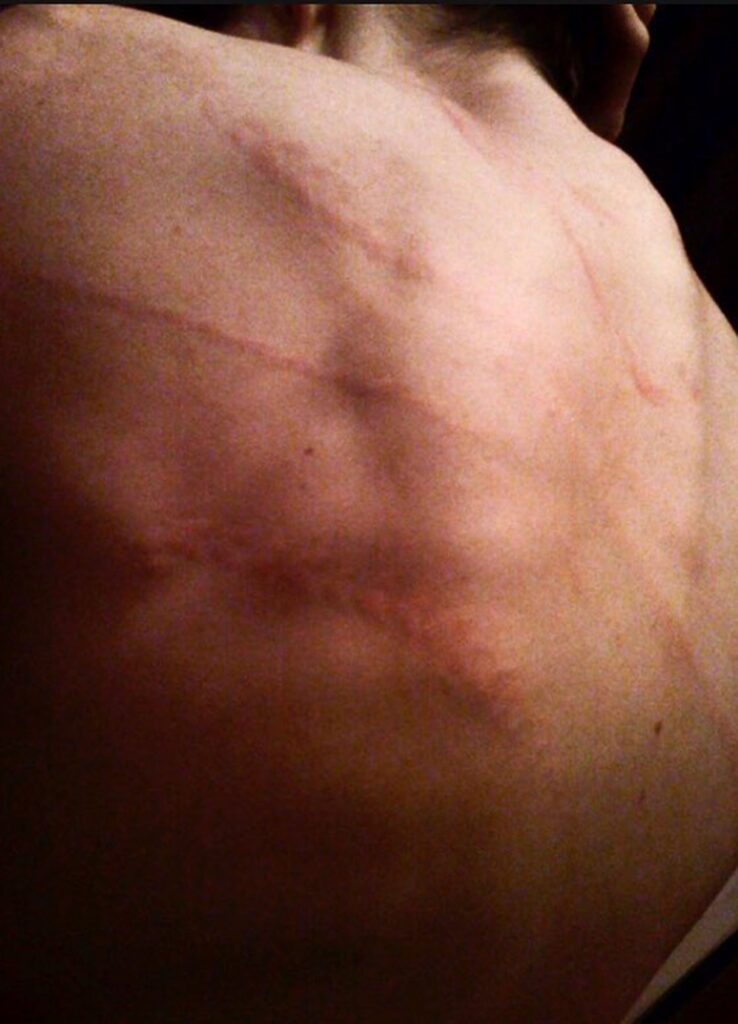 Esmé Bianco shared this photo of scarring on her back.

Smithline has reported that during their relationship, she weighed less than 80 lb. She also claims Manson would cut her protruding ribs and once carved his initials into her thigh. Smithline still has the scar to this day. “I was brainwashed, and it makes me feel disgusting,” she said about seeing the scar.

Lastly, she detailed the blood pact Manson had her do within weeks into their relationship. She said, “He cut me on my stomach and then drank my blood. Then, he had me drink his. The more I let him hurt me, the more I loved him and the more I was proving myself to him.” 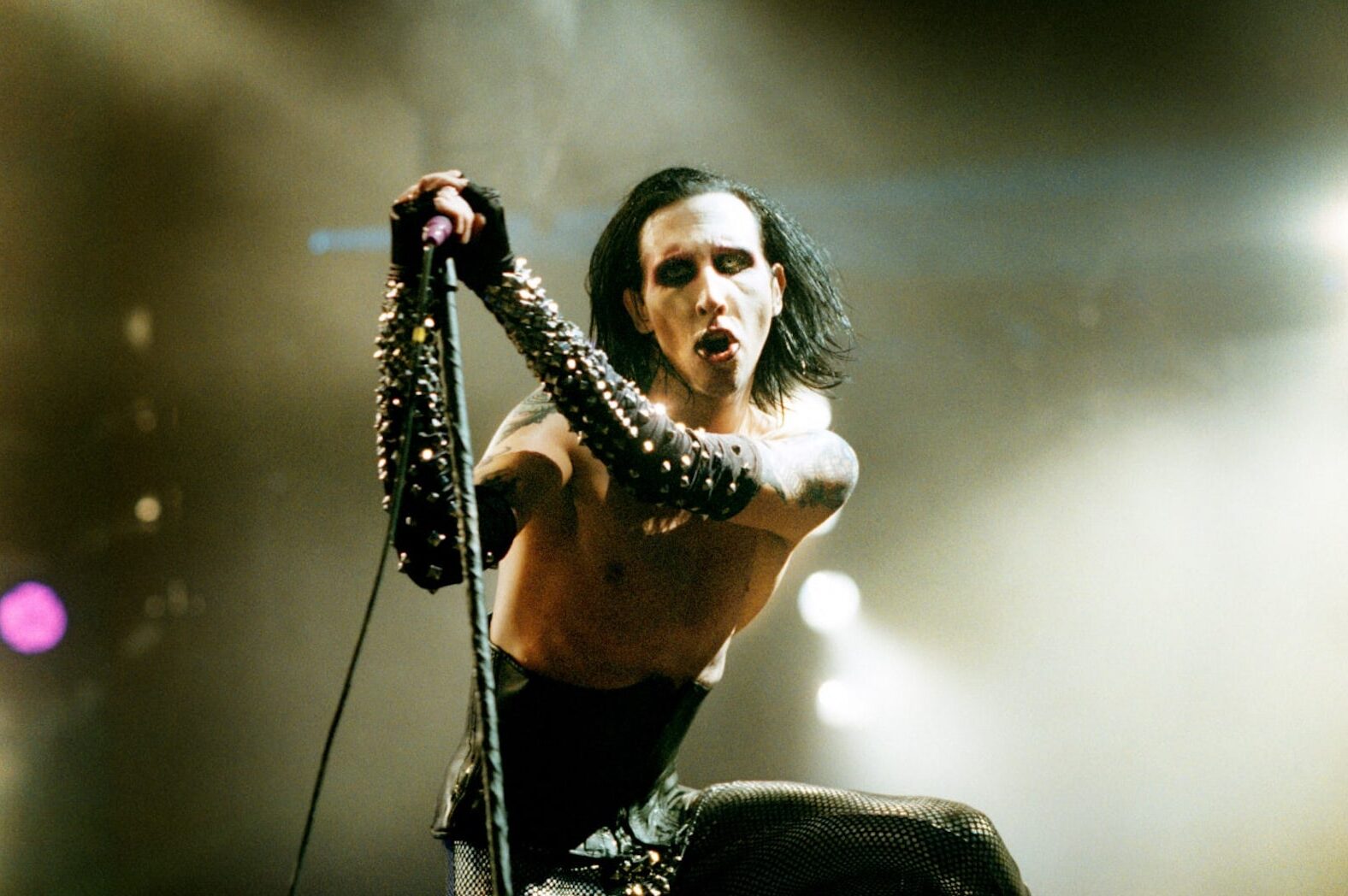 Smithline met with other sexual abuse victims of Manson

Ashley Morgan Smithline shared that she hadn’t begun to heal from the trauma until September 2020. This was when she met with fellow Manson victims Evan Rachel Wood and Esme Bianco.

“Being with the other girls, these feelings of guilt and shame have lessened,” Smithline said.

Now, the model claims she continues to suffer from OCD, night terrors, and PTSD. She explained that she hopes her story will help stop the “most terrifying monster in the world.”