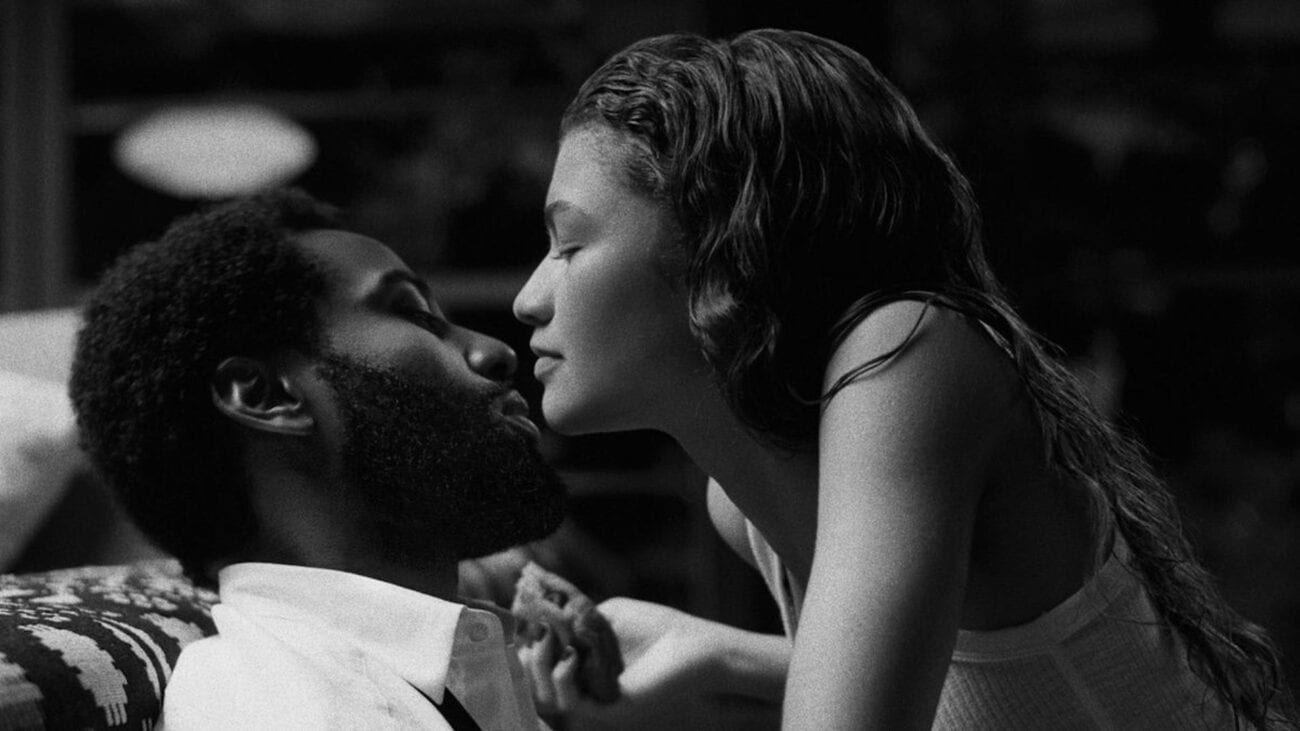 Netflix’s newest awards contender, Malcolm and Marie, opened to a cold response from critics & fans. The film received a 58% on Rotten Tomatoes from critics and a better response from fans at 78%. Honestly, as much as Zendaya and John David Washington are fantastic in it, the film is a meh at best.

It’s not just a poor response that threw Malcolm and Marie into the spotlight. Many have pointed out the massive age gap between the film’s only two actors. It’s not the most egregious age gap in film history. However, for those who love to look at trends, it’s right along with Hollywood’s love for forty to sixty-year-old men dating women in their twenties.

There are plenty of other issues with Malcolm and Marie other than its age gap, but the problem is front and center when they are the only two actors in the entire film. 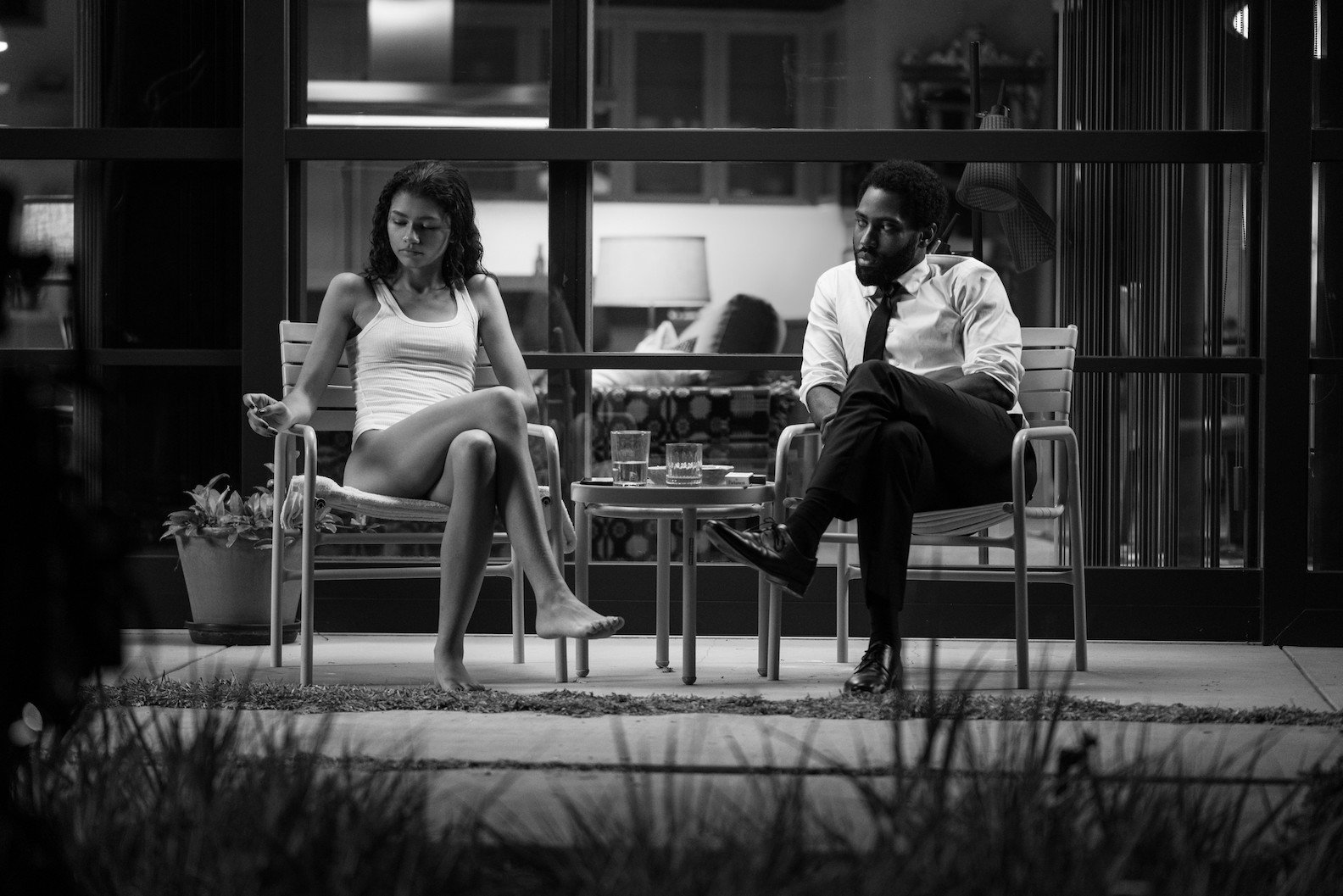 Malcolm and Marie stars Zendaya, who’s twenty-four, and John David Washington, who’s thirty-six. That puts their age gap at twelve years. Like we said early it’s not the most egregious age gap in film history. That honor goes to Ruth Gordon and Bud Cort’s fifty-two-year age gap in Harold and Maud.

Even in the film, the age gap is about the same. Spoilers for anyone who hasn’t seen the film yet, but Malcolm meets Marie when she’s 20. The film is five years from that. It’s never explicitly said how old Malcolm is, but we can assume he is in his mid-thirties like Washington in real life. So they have roughly the same age gap in the film, give or take a few years. 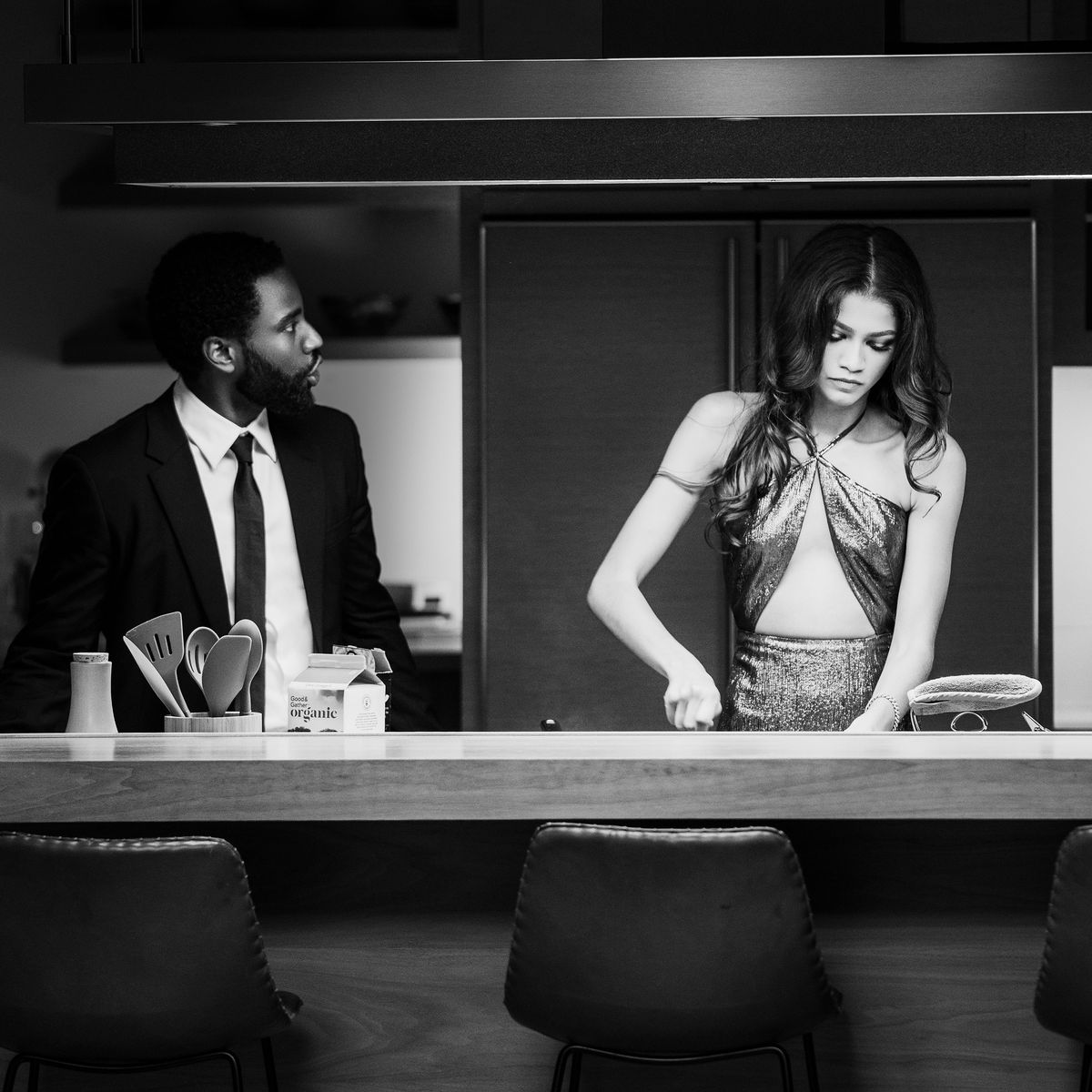 Does it phase the stars?

Zendaya and John David Washington have noted the age gap present in Malcolm and Marie and aren’t phased by it. Zendaya attributes the controversy to her filmography growing up as a Disney Channel star on Shake It Up and her current roles in the MCU and Euphoria. She told E! News, “I’ve played a sixteen-year-old since I was sixteen. So it’s hard for people to wrap around the idea that I am grown in real life.”

Washington explained to Variety, “Because she is a woman,” when asked about the age gap. “People are going to see in this film how much of a woman she is,” he added in the interview. He also explained how much he learned from her, adding, “She has far more experience than I do in the industry. I’ve only been in it for seven years. She’s been in it longer, so I’m learning from her. I’m the rookie.” 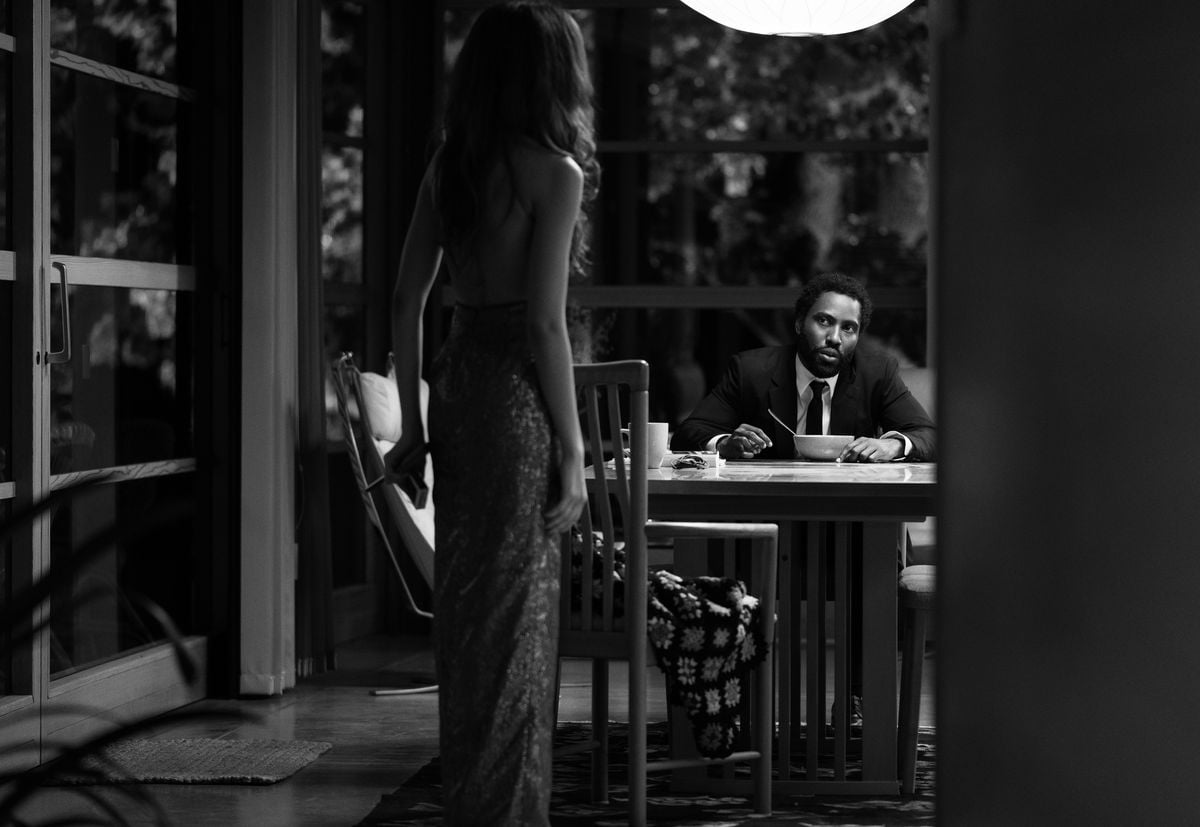 Could the film have worked when without the glaring age gap? Probably. But one of the themes present in Malcolm and Marie is power dynamics. Marie was a twenty-year-old addict seeking help, and Malcolm was her savior. Their back story and resulting power dynamics are central to their argument in the film.

Could they have found actors closer to their age ranges? Yes, but the age gap adds layers to their story. Albeit, it’s giving the script too much credit. However, the conversation is present. 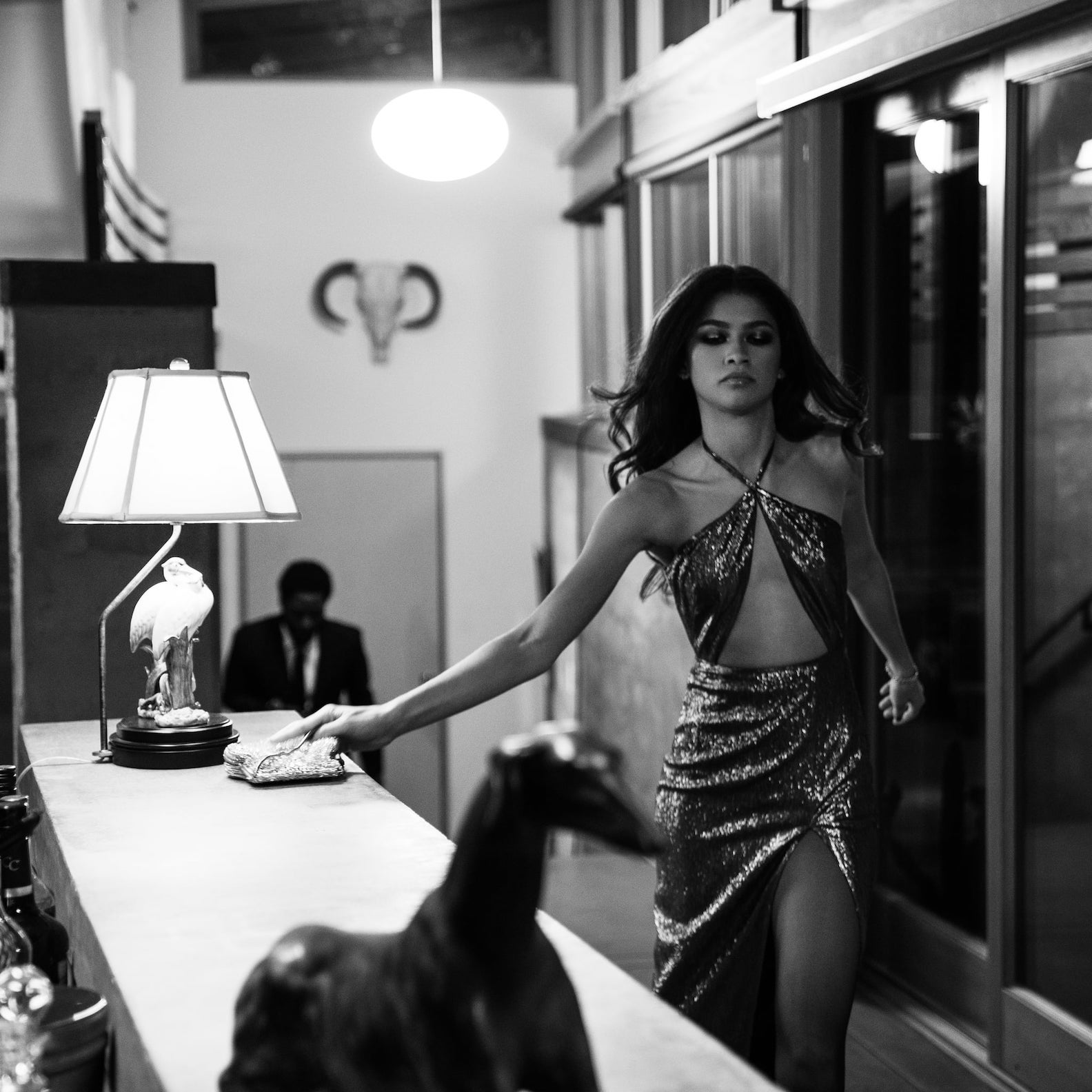 No matter if it’s original stories or historical events, Hollywood loves to pair younger women up with older men. It’s present in plenty of other films and another Netflix 2021 release.

In The Dig, released on Netflix in mid-January, they chose to cast a younger actress for Edith Pretty. In real life, Pretty was fifty-six at the time. Netflix cast Carrey Mulligan, who’s thirty-five, to play the part. The movie even chose to hint at a fictionalized romance between Pretty and Basil Brown, who was fifty-one during the dig and played by Ralph Fiennes, who’s nearly sixty. That’s a twenty-five year age gap.

But what do you think? Does Zendaya and John David Washington’s age gap bother you? Let us know in the comments.