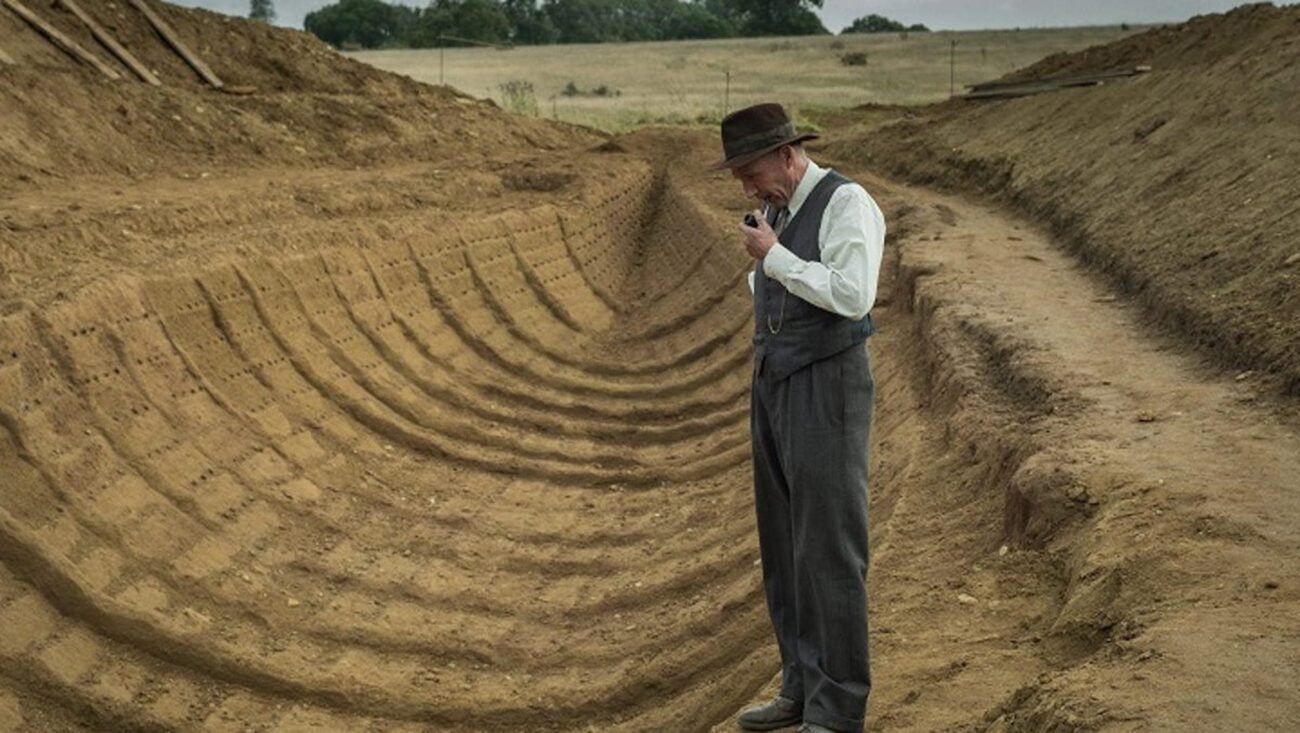 ‘The Dig’: Learn the true story behind Netflix’s latest film

Netflix has had a big turn out in awards season so far. The streaming service recorded forty-two nominations from the Golden Globes and an additional thirty from the SAG Awards. However, as part of the company’s 2021 mission to release a new film every week of the year, Netflix refuses to take a break.

With said mission in mind, Netflix released the movie The Dig in mid-January. It’s a retelling of a book by the same name about the excavation of Sutton Hoo. The film isn’t an awards contender, but worth checking out in between binging this year’s nominees.

The Dig is about a real-life excavation in 1939 in England. Children in the UK learn about it in school. However, those in the U.S. don’t know about the historic dig. The film & book serve as a teaching tool to an important moment in our understanding of medieval Britain. 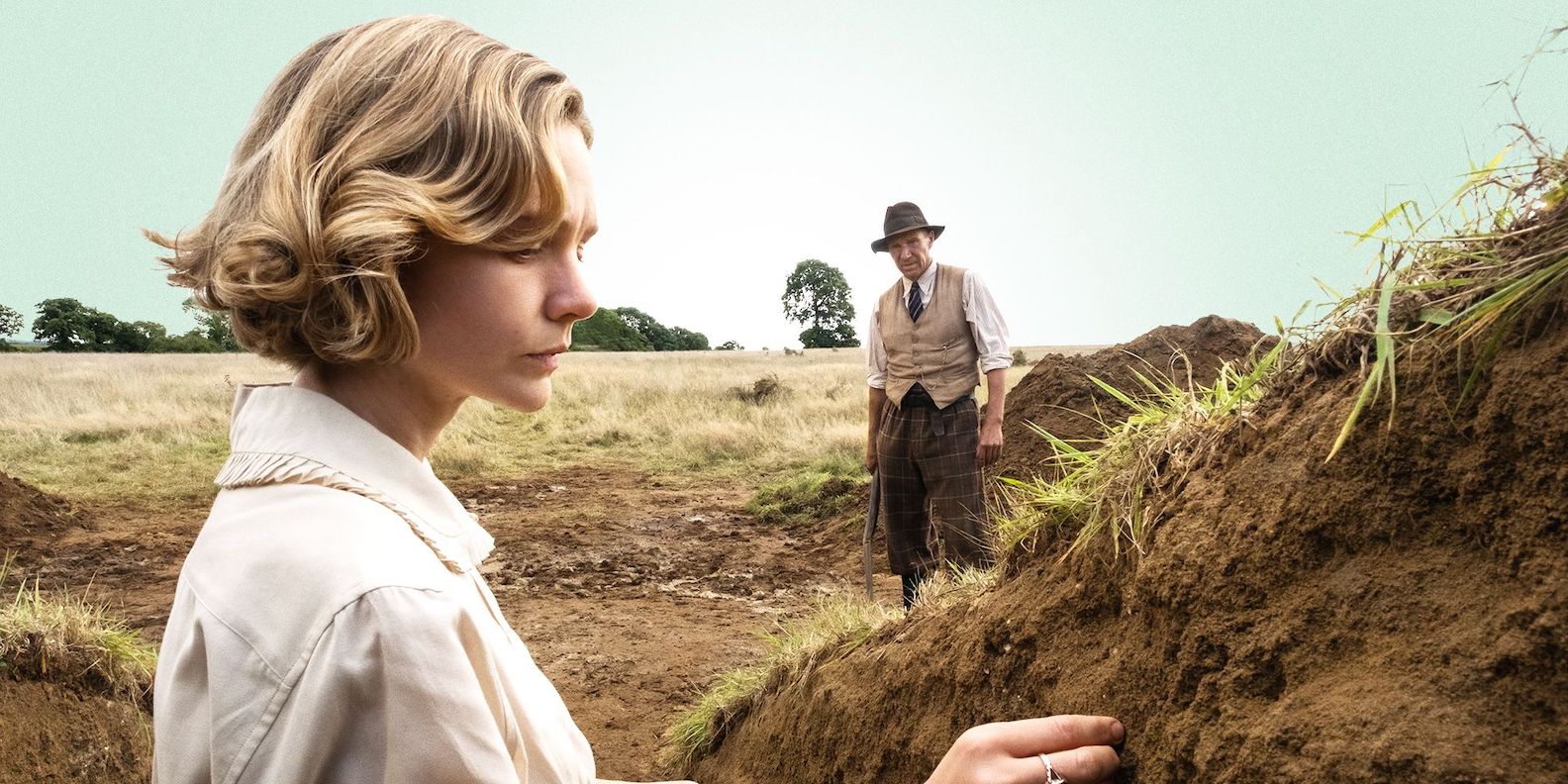 What is Sutton Hoo?

Sutton Hoo is a piece of land near Woodbridge in Suffolk, England. It is right along the River Deben, about 100 miles outside of London. The land was famous for its several large mounds on it.

The main town of Woodbridge sits just across the River Deben from Sutton Hoo. It was a small port town. The river starts at the coast with the North Sea and allowed trade from other places in Britain and other countries like Norway, Sweden, the Netherlands, and France. 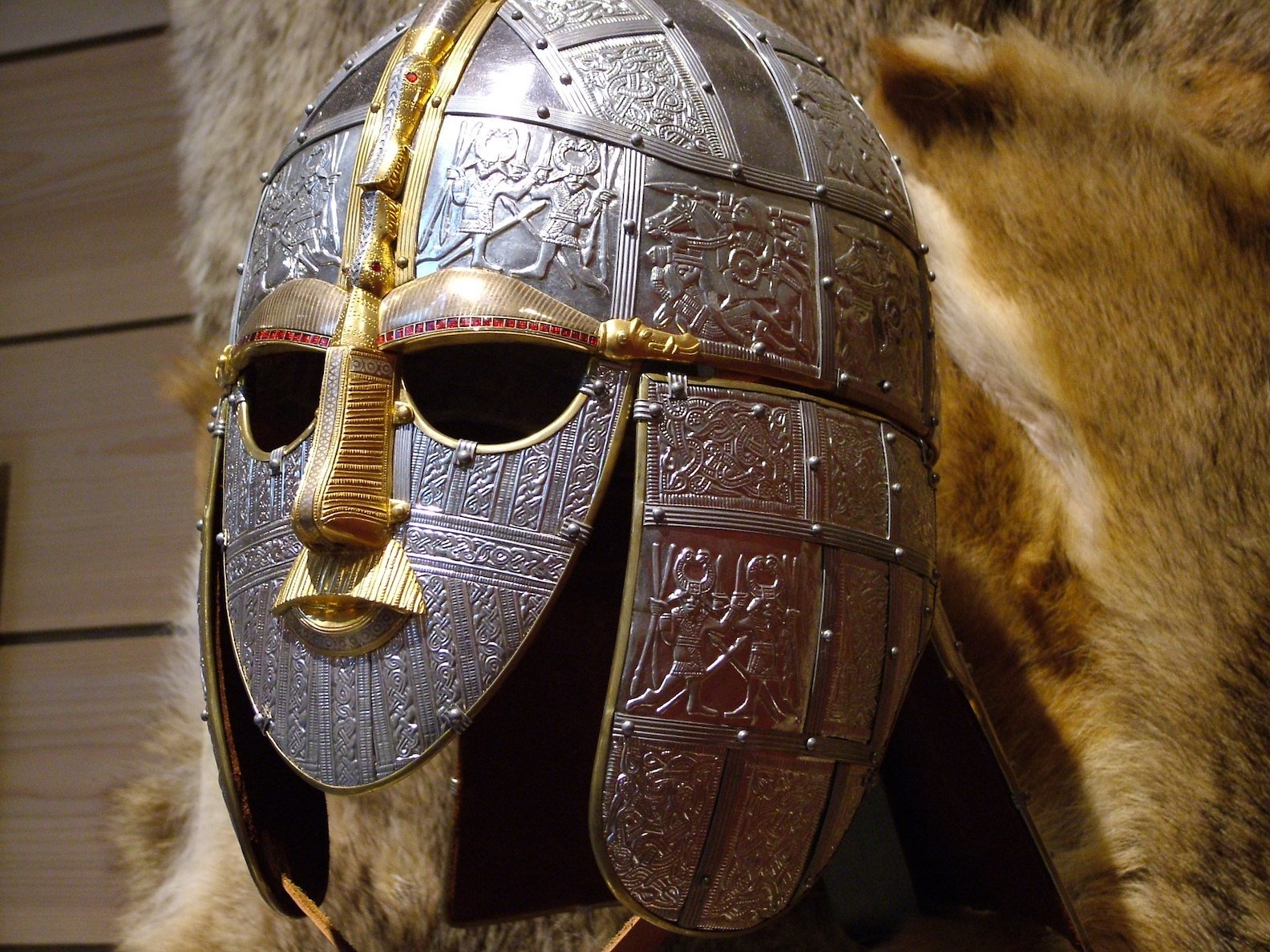 What was found at Sutton Hoo?

In 1939 Edith Pretty owned the land and hired Basil Brown to excavate the mounds at Sutton Hoo. Pretty initially hired Brown in 1937 – two years before his crew found anything. The team found a nearly intact ship from the seventh century. The ship had a complete chamber filled with trinkets & treasures like masks, helmets, and weapons.

The ship helped historians understand medieval Britain and the Anglo-Saxons at the time. Historians determined a war leader owned the ship by the types of weapons discovered on the ship. There was also a Scandinavian shield on the ship suggesting the owner participated in diplomacy with other countries.

The Dig focuses on the excavation of the ship, but there were plenty of other findings from Sutton Hoo. There were sixteen other mounds on the property and they were excavated throughout the years. Many of the other mounds were tumuli or mounds of earth & stone raised over a grave or graves. 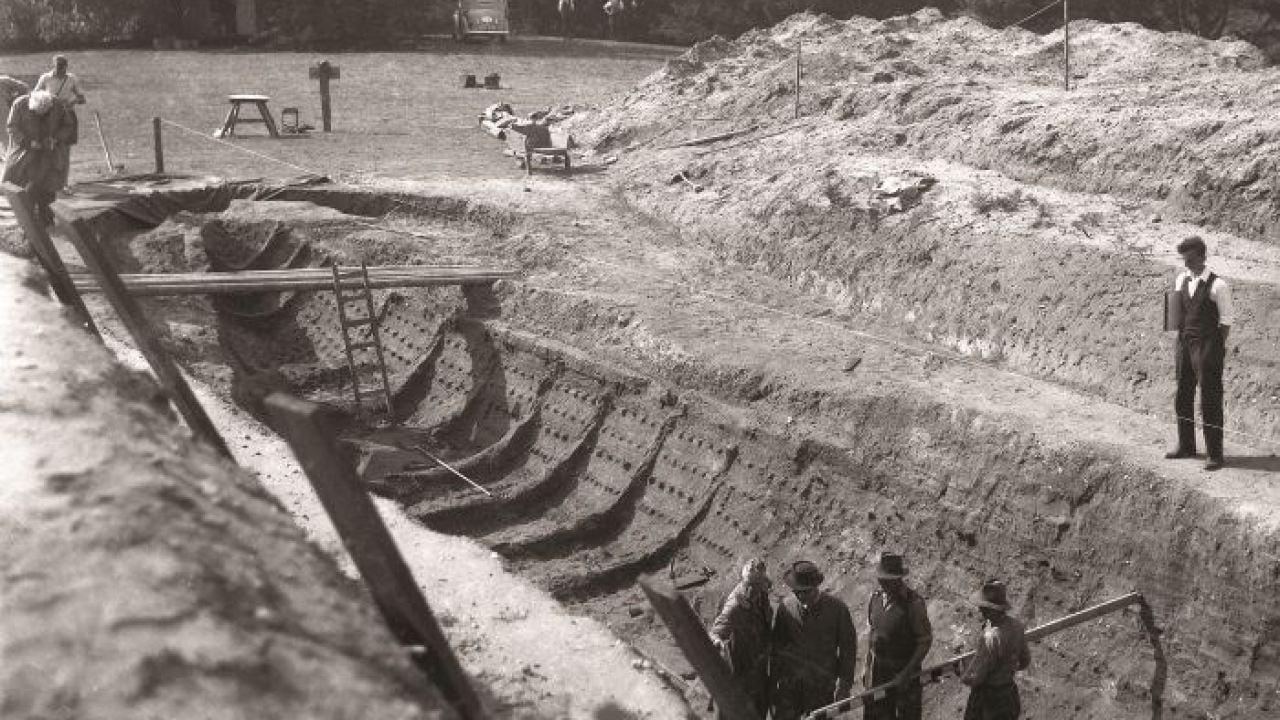 How accurate is The Dig?

Many characters in The Dig were present at the excavation. One of the few fictional characters is Rory Lomax, the photographer. His inclusion moves the movie into historical fiction. A photographer is a great narrative tool because it shows the audience the events through his eyes & camera lens. However, he’s also used to dramatize one of the events.

Rory helps split up Peggy & Stuart Piggot in the film. Both were archaeologists present at the dig and did separate after the excavation, but not until the 1950s. However, Lomax wasn’t there, and he becomes Peggy’s love interest. He helps her realize she isn’t in a happy marriage. This wasn’t a plot device for the film. The book’s writer John Preston wrote the character for the book. Preston is also Peggy Piggot’s nephew.

Another fictional event is the landslide that buried Basil Brown. Some accounts say it never happened, while others say it happened while excavating a different mound. Preston did write in his novel, “Certain changes have been made for dramatic effect.” 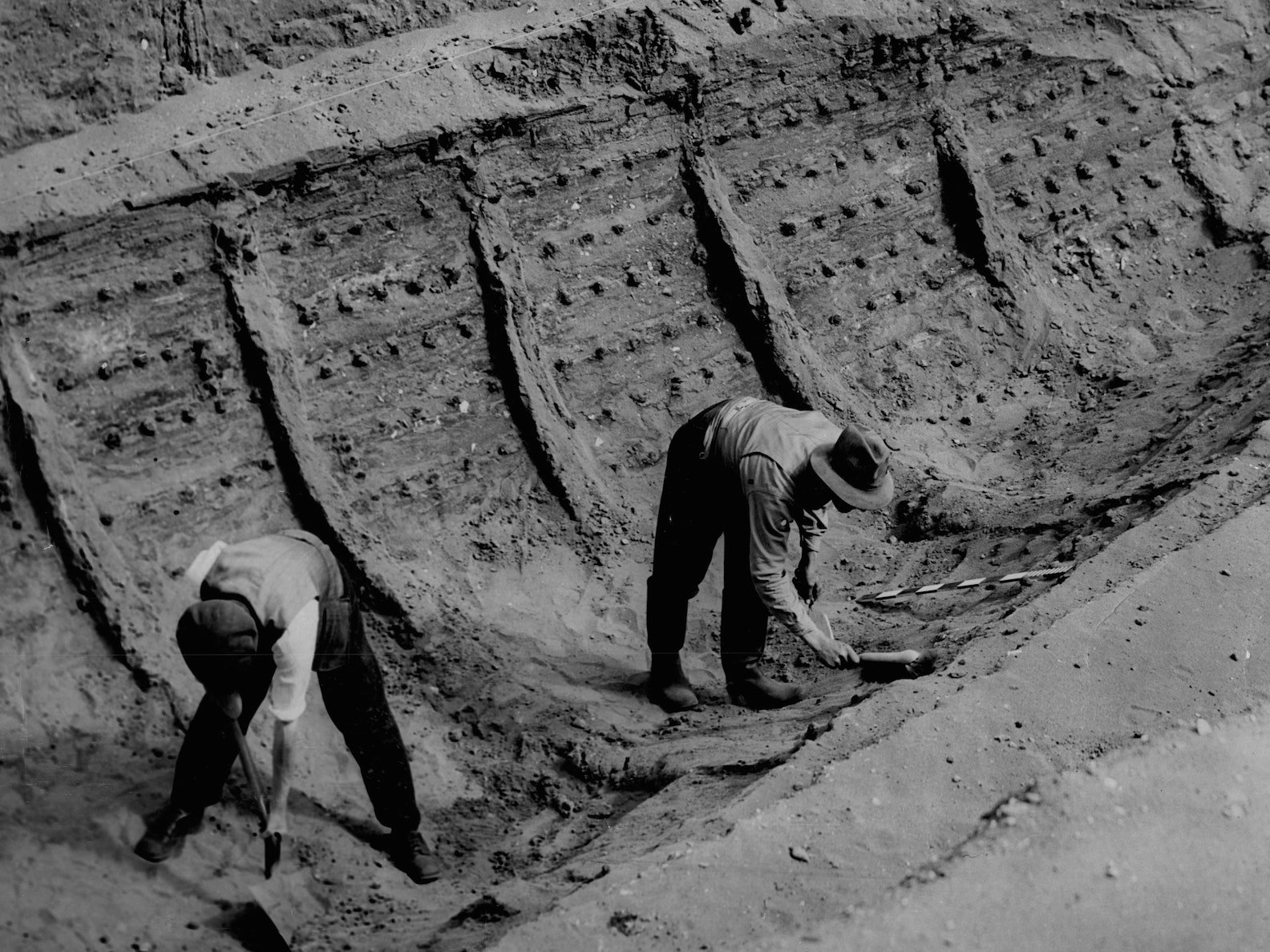 Another fictional event was the tension between Brown & Charles Philip. While a professional excavation team was brought in to take over, it was to get it done before World War II. Brown was allowed to continue on the dig and got along with Philip. Philip even complimented Brown on the work he’d done.