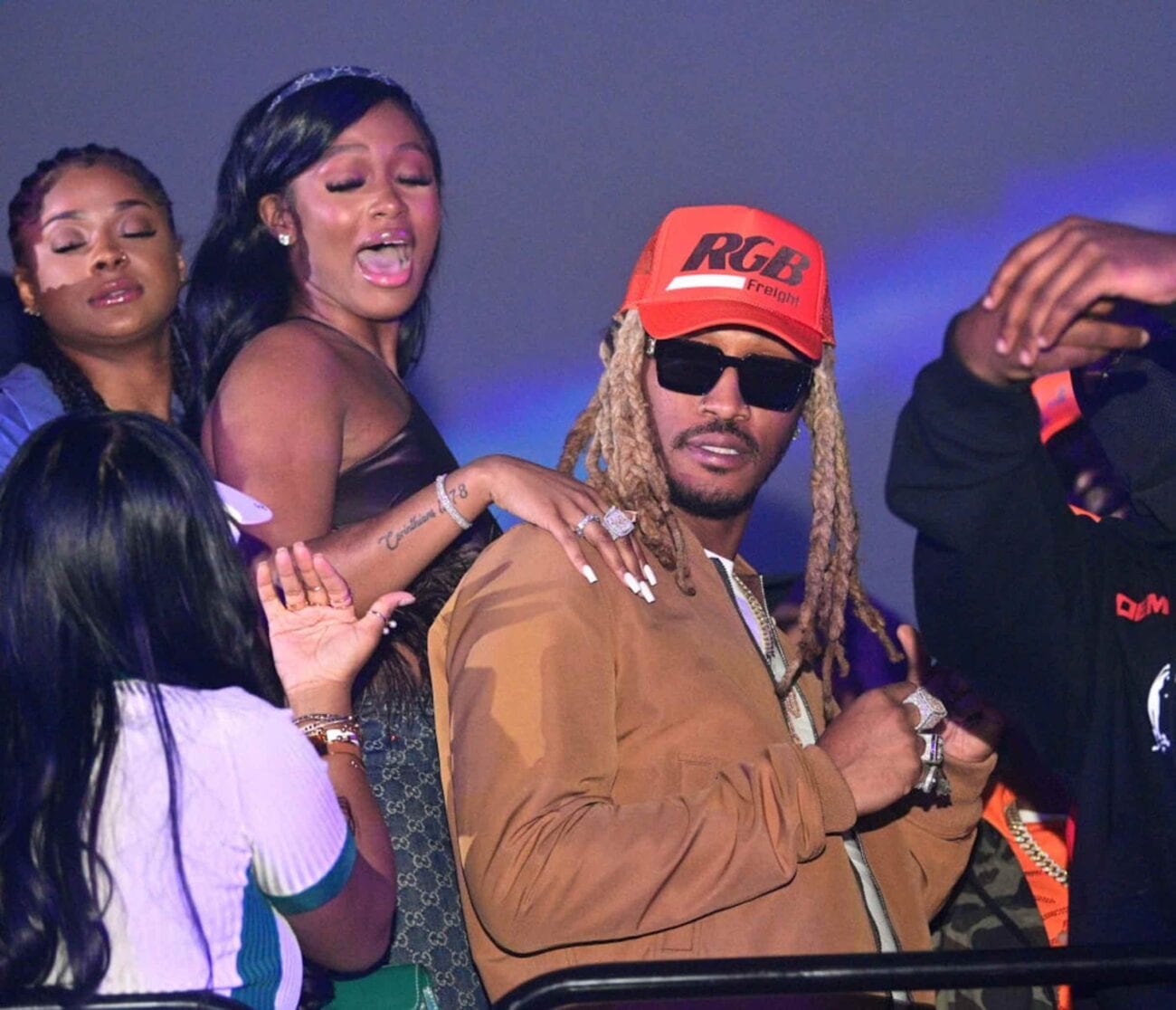 Keeping up with the Lori Harvey and Future beef? These memes definitely are

The tea between Lori Harvey and Future is still hot, hot, hot! The beef between Future Hendrix and Lori Harvey continues to slow-cook as fans of both celebrities react to their messy & emotional breakup.

Future and Lori Harvey were an unexpected power couple last summer, but it seems that what happens in quarantine, stays in quarantine as the couple broke up in August 2020. Lori Harvey was soon seen with and confirmed to be dating Michael B. Jordan, much to the anger of Future, who used his verse in 42 Dugg’s new song “Maybach” to insult her over the breakup.

Naturally, Twitter is continuing to provide fantastic memes & reactions as the tea simmers on. Grab your kettles and dive into the reactions to the Lori Harvey and Future tea.

Future is bitter old man, having a mid-life crisis. Get over it. Lori Harvey dump you, MOVE ON. I’m sure there is plenty of women out there that doesn’t mind being baby mama #6. pic.twitter.com/0owslujC0w

Let Disney guide you through this trying time, Future.

Lori Harvey and Ciara when they realize they both moved on and did better: pic.twitter.com/VonCh3VugD

Things can always get better, no matter what!

Future in the bathroom after trying to trash Lori Harvey and Ciara after they moved on to happy relationships with Russell and Micheal B Jordan and he stuck back with all his babymommas— pic.twitter.com/H5jPmTvGEt

For Future, this is no laughing matter.

Future realizing his toxic ways pushed both Lori Harvey & Ciara away and his disses no longer matter pic.twitter.com/UFYcWz60nk

Me every time Future tries to trash Lori Harvey: pic.twitter.com/PNXMPk7bhq

That pretty much covers Lori Harvey’s reaction to all this.

When I hear Future talking trash about Lori Harvey pic.twitter.com/0nhJH8c2kv

That seems to be the question everyone is asking.

Future: "I'ma hit her with some more bars, see how she like me now!"
Lori Harvey: ::while saying absolutely nothing in response:: pic.twitter.com/SOPmTPq8vJ

Looks like Lori Harvey had a nice view with her dinner last night 😍 pic.twitter.com/dfN2r1dsRi

Awwww! Saturday night was date night for Lori Harvey and her bae Michael B. Jordan 😍😍😍 pic.twitter.com/fI4XgcFPV6

Lori Harvey and Ciara when they realize they both moved on and did better: pic.twitter.com/JmWl9A3srX

Have any other great memes about the Lori Harvey and Future beef? Drop them below in the comments to keep this tea boiling!