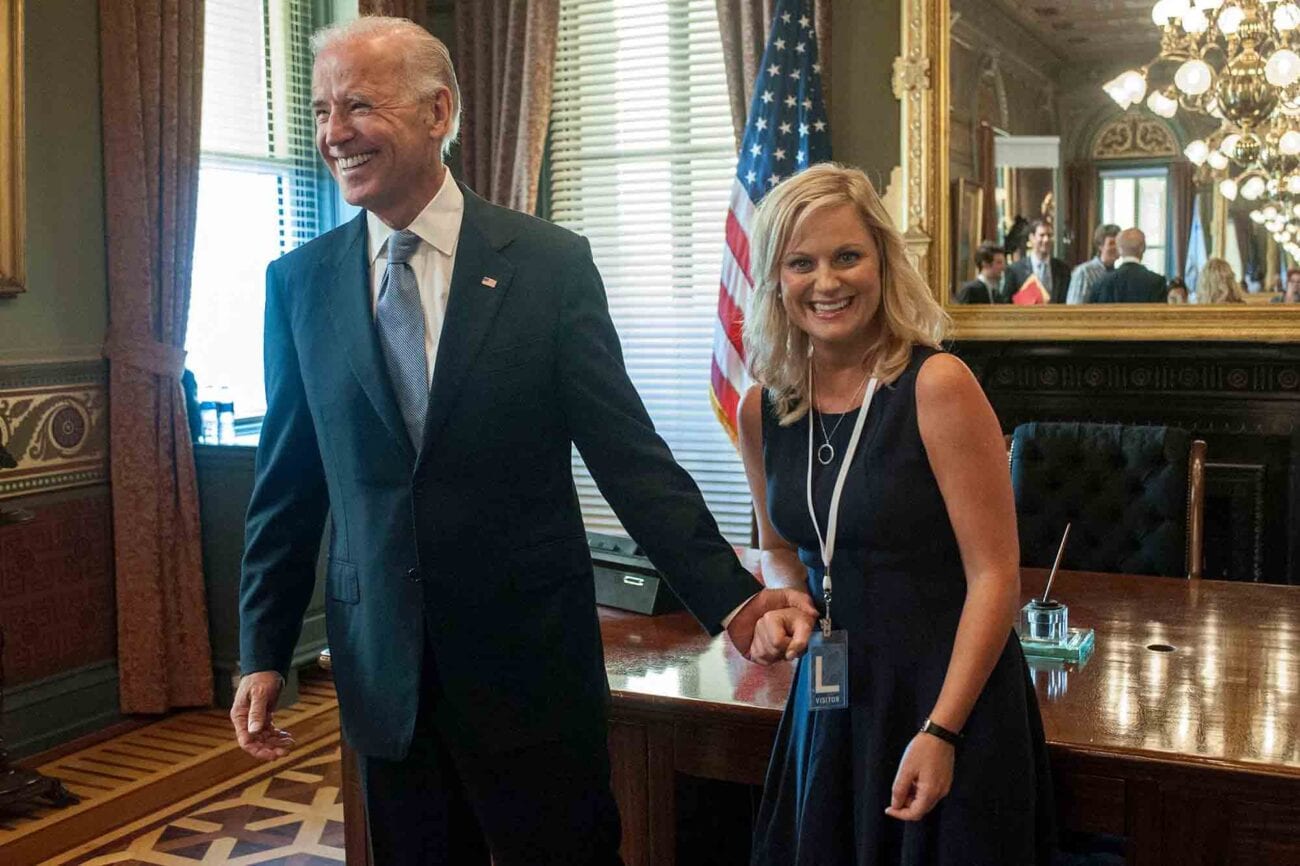 Someone check on Leslie Knope: The best Biden ‘Parks and Rec’ memes

Parks & Rec may have ended, but our love for the show hasn’t. Today, the internet couldn’t help reminding everyone that newly inaugurated President Joe Biden once made an appearance on the popular sitcom.

Main character, Leslie Knope (Amy Poehler) is a big fan of Joe Biden so there have been a lot of memes getting posted to Twitter about how Leslie would be absolutely losing it right now – in the best way.

We put together some of our favorite Leslie Knope & Joe Biden memes for you to peruse at your leisure. We recommend waiting until the end to pick which one you’ll retweet though because they’re all gold.

My one wish is for Amy Poehler to reprise her role as Leslie Knope to react to today's inauguration. pic.twitter.com/GX58Ls6Od6

Remember when Leslie said this? Most people would think that was an accidental name switch, but this is Leslie Knope – she said what she meant.

It's a good day. pic.twitter.com/TsqsZTaxS7

We all know that Leslie would be throwing a full black-tie party today if it weren’t for the pandemic. Instead we imagine she’ll be throwing a Zoom party where she’ll get upset when Andy signs on wearing sweats and not a full tuxedo like she asked.

me watching the inauguration and trying to spot leslie knope and ben wyatt in the crowd pic.twitter.com/qfaVG3Ruon

Reality vs sitcoms, really what’s the difference? Some of us think that Amy Poehler should have been invited to the inauguration in character for the funsies.

Some people went slightly more serious with the Parks & Rec reference thanking Biden for being the next president after . . . well, everything.

we are all Leslie today pic.twitter.com/LBVrRMYrr1

Some people made it clear that this inauguration day really meant a lot to them by expressing how much they could relate to Leslie Knope.

We all know that Leslie Knope’s favorite food is waffles, today seems to be as fitting of a day as any to break out that waffle maker and make a nice breakfast . . . or lunch or dinner. We all know waffles can be eaten whenever you want them.

Did you know that Amy Poehler improvised talking to this very real Secret Service agent? Looks like he followed through.

Politicians don’t usually have fans, but Leslie is definitely a fan of Biden. This iconic Parks and Rec picture was perfect to bring back today. Someone needs to check her pulse though.

We know this is probably pretty accurate . . . but was this before or after she was found passed out? Oh wait, it was probably both.

Leslie Knope is doing great. Thanks for asking! pic.twitter.com/kqI0p0gOZG

The Parks and Recreation official Twitter posted earlier today to let everyone know that yes, Leslie Knope is having a great day just like we all thought.