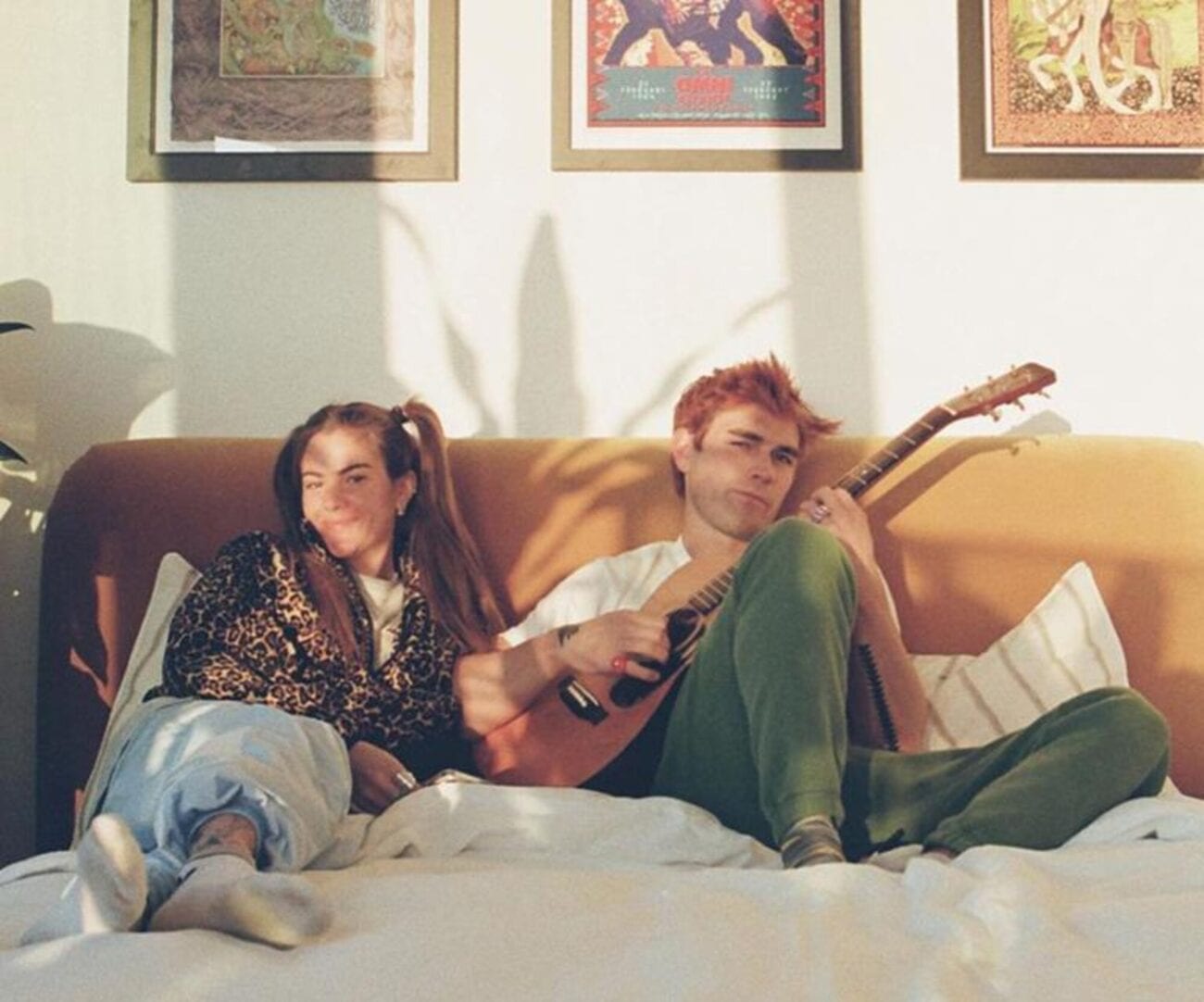 Archie from Riverdale, aka KJ Apa, is ready to be a father with his girlfriend! The beloved actor announced that he and model Clara Berry are expecting their first child with each other on Wednesday, May 19th. We’re so thrilled for him, and can’t wait to see KJ Apa and his girlfriend being the perfect parents to an adorable baby. Let’s take a look at all the sentimental details here. 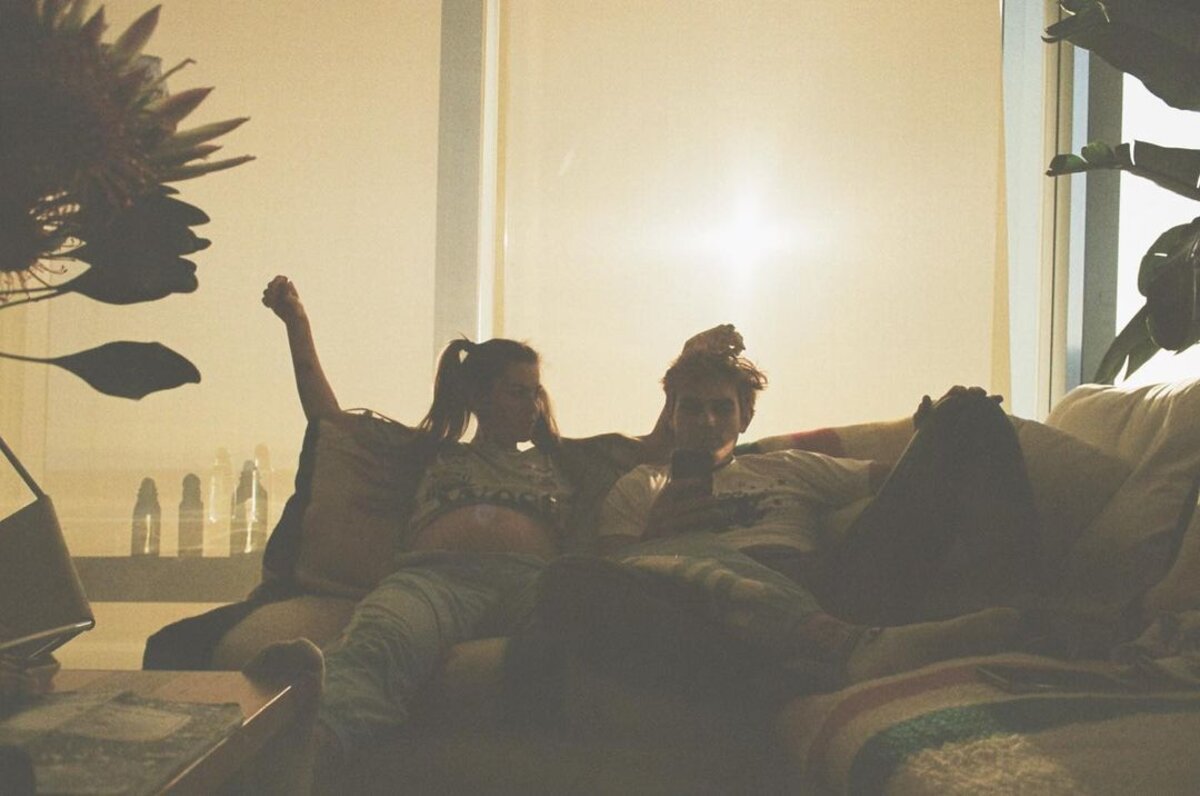 KJ Apa first revealed to the world that he was expecting a little one in the oven with his girlfriend Clara Berry by making a post on his Instagram account on Wednesday, May 19th. The cute pic showed him relaxing on a sofa with Clara Berry, whom he’s been with for over a year. The picture was a bit grainy and blurry, but it evidently showed Clara Berry’s top rolled up to reveal a pregnant belly. How adorable!

The picture of KJ Apa and his girlfriend Clara Berry included no caption, but quite honestly, no words were needed for us to find out the exciting news. As if we needed any more confirmation though, Clara ended up confirming the announcement by posting a maternity photoshoot to her Instagram account. She even tagged KJ Apa on her baby bump in the pic! 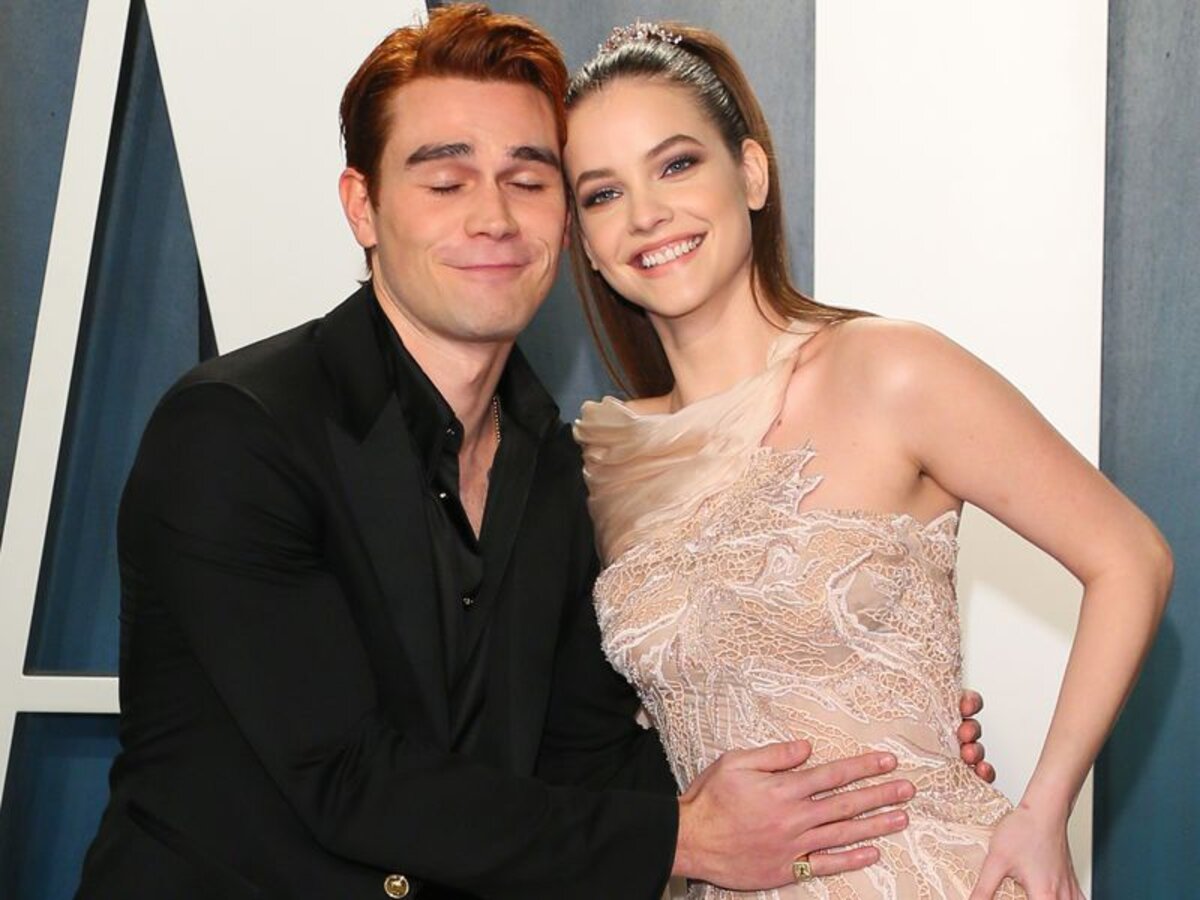 The model also included a chef emoji in her caption to entail that something was in the oven (wink, wink). These beautiful maternity photos showed Clara Berry in a matching Fendi set, looking as comfortable and as blissful as ever lounging around indoors. Our favorite pic has to be the one with Clara laying down on the sofa with one hand on her belly and the other wrapped around her adorable dog.

And in case the message wasn’t already clear enough, twenty-three-year-old KJ Apa commented “she’s pregnant btw.” on the post, to which twenty-seven-year-old Clara responded with “We are” and included a heart emoji. We’re so thrilled for them, and can’t wait to follow along on their exciting pregnancy journey. 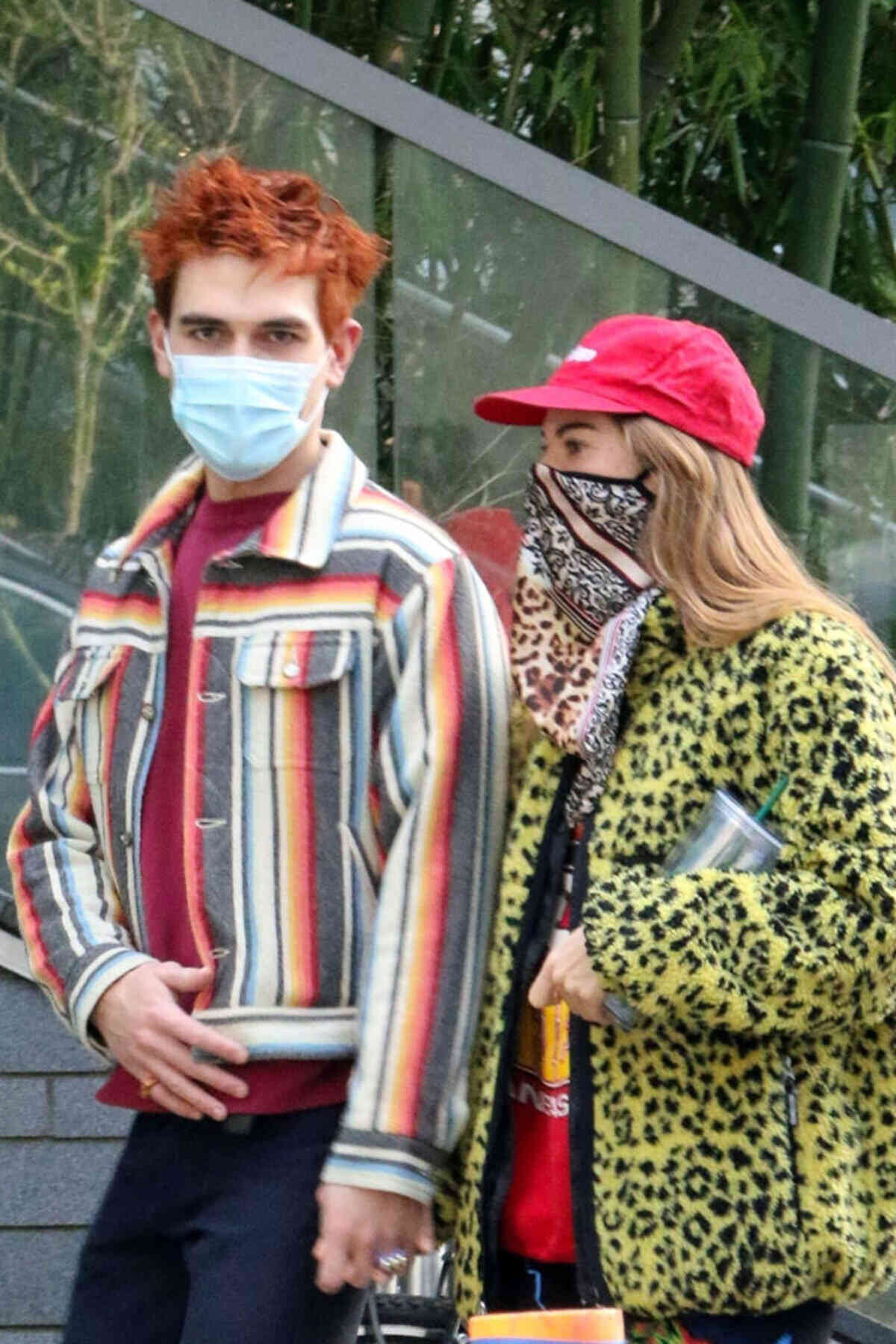 The lovely pair have been together for over a year, and have been absolutely obsessed with one another. In the past weeks, girlfriend Clara Berry has been completely devoted to her relationship with KJ Apa, as the two have stayed together in Vancouver where he is currently filming Riverdale. Earlier this month, the joyous couple even went on a lovely helicopter ride together to explore gorgeous ice caves in Canada.

KJ Apa was the one who first confirmed the two were in an adoring relationship all the way back in February of 2020 when he uploaded a photo of the two of them smooching, and captioned it with “Coup de foudre”, which translates to “Love at first sight”. Of course, it indeed must have been love at first sight, because flashback a year later, and the two have taken no hesitation to begin a beautiful family and life together. 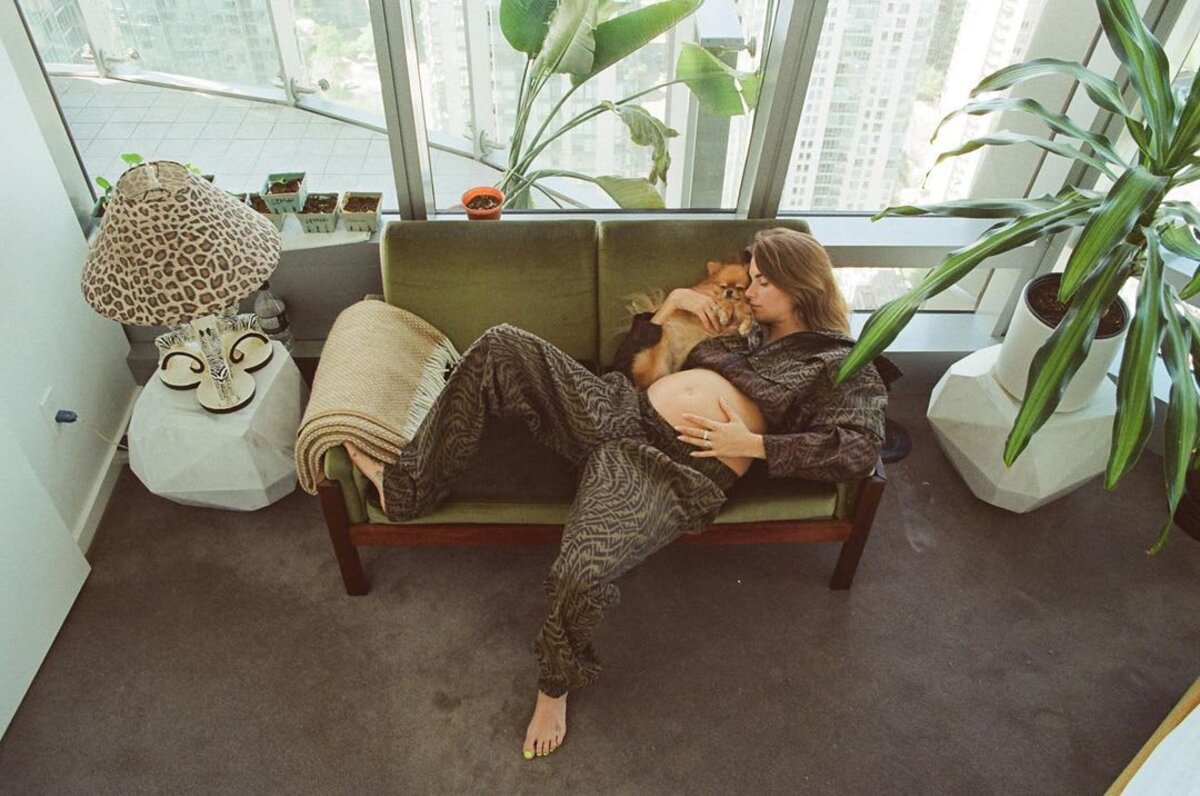 Last August, KJ Apa even confirmed just how much he loved Clara Berry by posting a photo of his girlfriend sunbathing nude, and captioned the post with “There’s nowhere else”. Aww, can you tell we’re swooning? Another couple post that sent their fans crazy was when he updated their relationship status another time in December when he wished his “love” a happy twenty-seventh birthday. How sweet!

KJ Apa definitely will not be the only star from Riverdale to have a little one. Vanessa Morgan, who plays the character of Toni, recently welcomed a baby boy named River back in January. Apparently, Morgan is already scheduling their playdates, as she wrote on Apa’s latest post: “Rivers soon to be bestie”. We can’t wait to see all the adorable pics of River and Apa’s soon-to-be child!