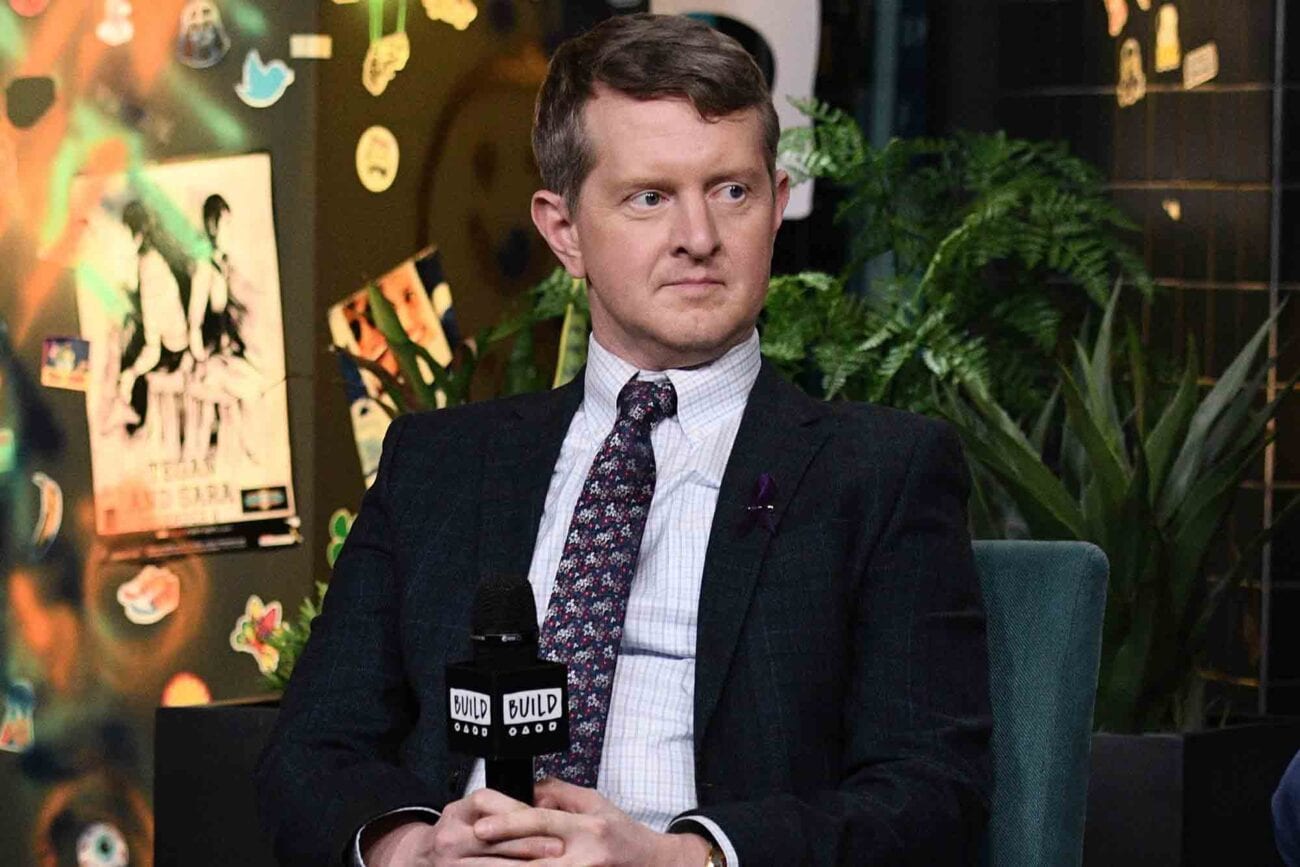 Twitter drama: Will Ken Jennings be fired from hosting ‘Jeopardy!’?

As such, the prospect of seeing someone new behind the podium has people more than a little nervous. Who could possibly match Alex Trebek? A man who took home the world record for most game show episodes hosted. In an effort to find the very best host possible, Jeopardy! intends to give trial runs to multiple personalities to find out which one is the best fit, as well as who the audience responds to most positively

The first in line is none other than Ken Jennings, the man who has officially won the title Greatest of All Time in a Jeopardy! tournament earlier this year. While he seems like the most obvious choice for the hosting gig, there are plenty of people upset about the prospect of him hosting – even if temporarily. Here’s what you need to know.

Hey, I just wanted to own up to the fact that over the years on Twitter, I've definitely tweeted some unartful and insensitive things. Sometimes they worked as jokes in my head and I was dismayed to see how they read on screen. 1/x

In a series of five tweets Ken Jennings made an apology for “unartful” and “insensitive” jokes he had posted on Twitter at various points. In further tweets he explains that he left the tweets up not because he still believed they were good or funny, but because he didn’t want to hide them. He also wanted them left up “so they could be dunked on” and to allow for smart replies & advocacy.

The tweets he likely referred to have now been deleted because many people seemed to believe he wasn’t actually sorry about the tweets. Jennings further said that people were rightfully offended and he “screwed up, and I’m truly sorry”. Many didn’t believe him, however, due to the timing of the apology – very shortly before he takes on hosting Jeopardy!

He closed out his Twitter thread saying, “If 2020 has taught us anything, it’s that we should be kinder to one another. I look forward to heading into 2021 with that in mind.” 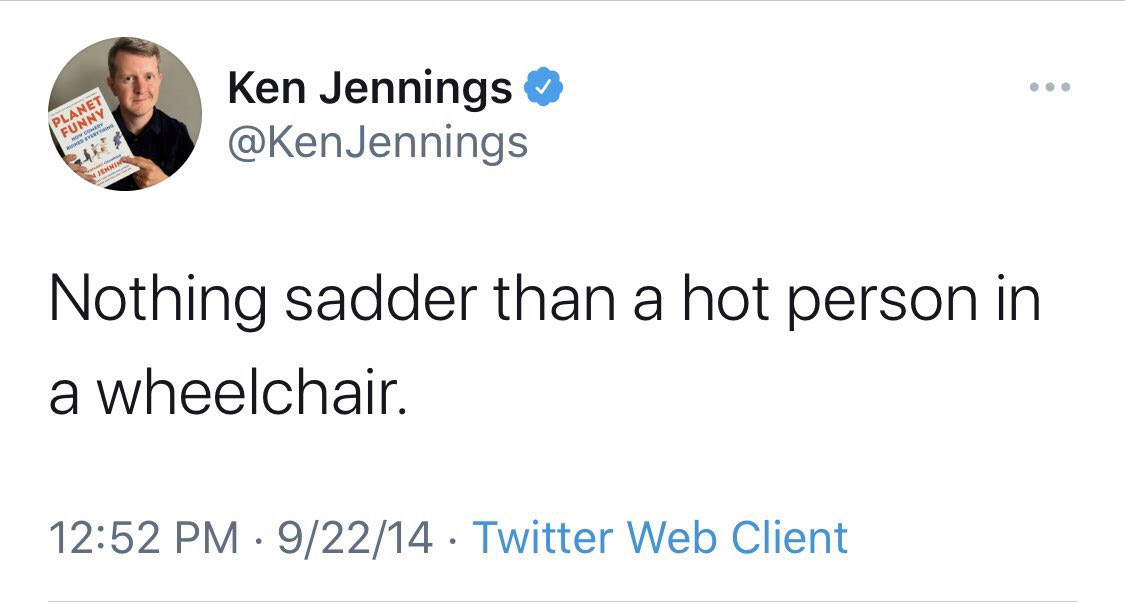 As we mentioned the tweets have now been deleted, but screenshots of the transgressions were taken many moons ago. The image above is a tweet from 2014 where he made the strange “joke” that there’s “nothing sadder than a hot person in a wheelchair”. What?

There’s a lot to unpack there, but obviously this tweet is horribly offensive. It’s possible there are other offensive tweets that are now deleted, but this is the one that’s shared most often, and continually pops up on Google image search.

In 2018, four years after making the uncalled for post, Jennings replied to someone who was talking about the garbage sentiment. Ken Jennings said, “I never did a public flogging thing for this but I did apologize personally to angry/hurt people who reached out personally. It was a joke so inept that it meant something very different in my head & I regret the ableist plain reading of it!” 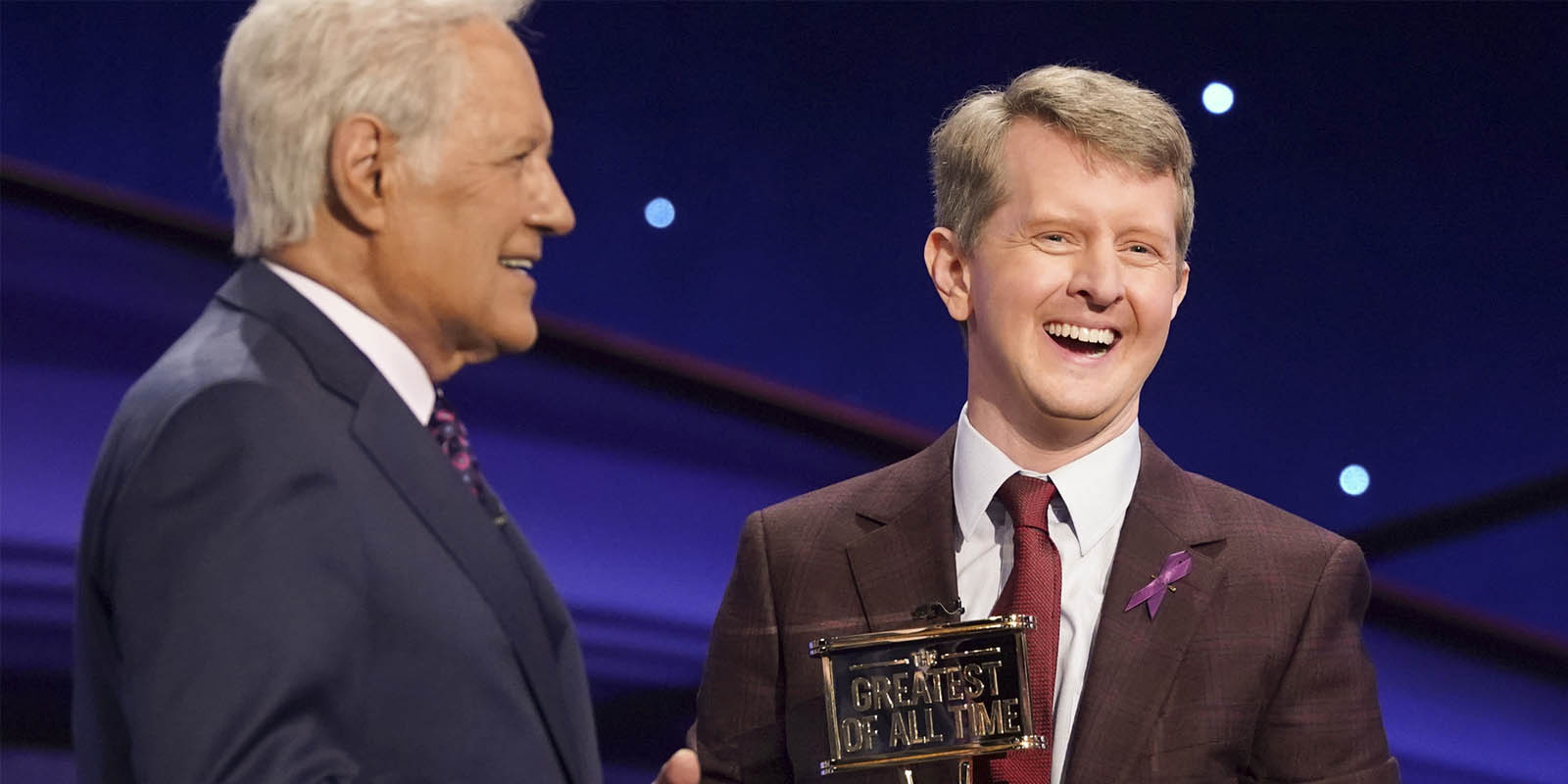 Many people would like to see Jennings’s future hosting the popular quiz show put into jeopardy (we’re not sorry), but odds are the Twitter thread apology was created at the behest of production executives at Jeopardy!, not in order to prevent executives from having a cow in the eventuality they discovered his less than savory humor online.

This means we fully expect to see Ken Jennings reading categories to contestants in the new Jeopardy! season, which starts January 11. However, there are other guest hosts expected to attempt filling Alex Trebek’s shoes. 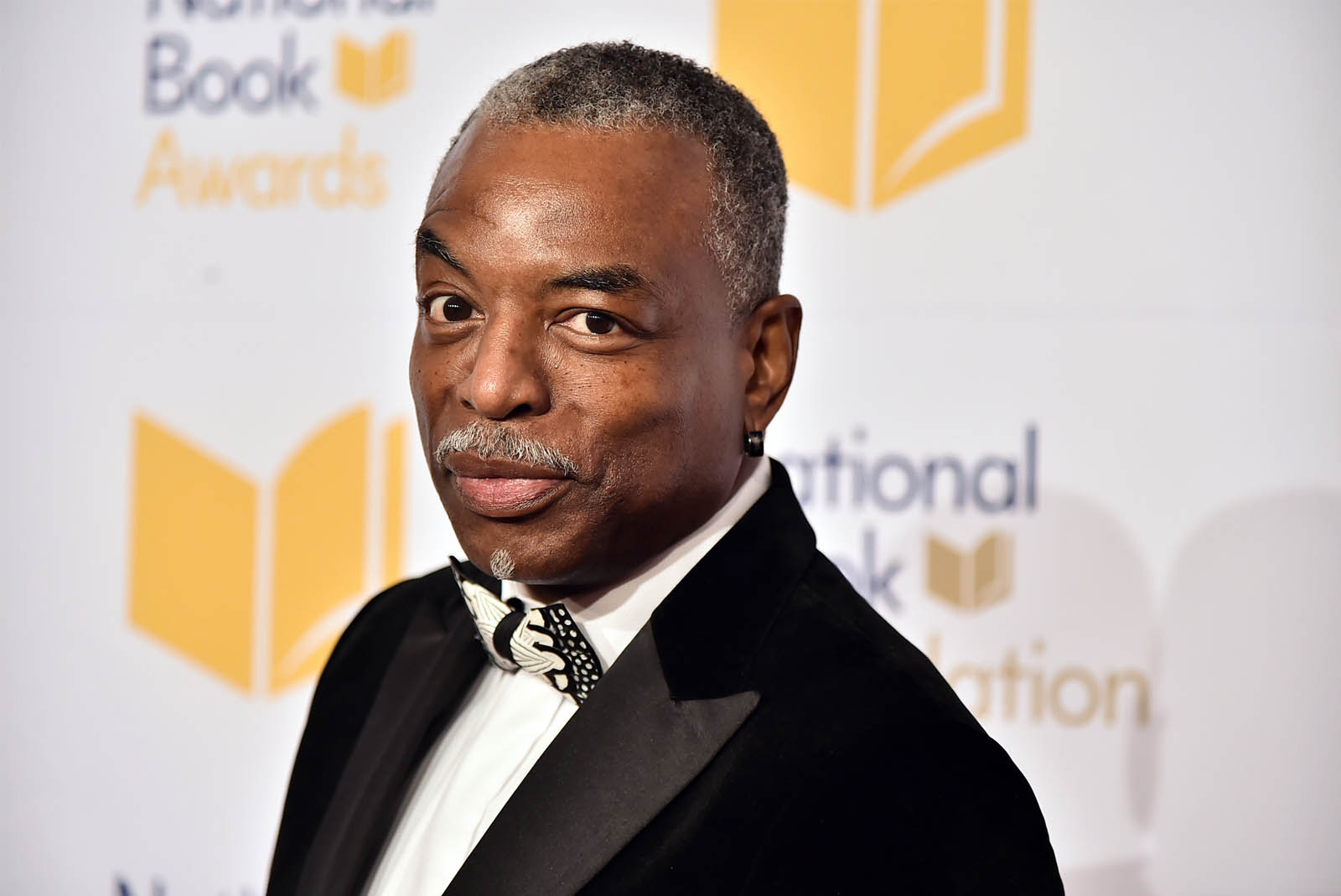 Who the internet wants

The internet has different ideas about who should host Jeopardy!. Their nearly unanimous pick is actor LeVar Burton, who has acted in everything from Roots to Star Trek: The Next Generation. Burton even has hosting experience, albeit with a wildly different kind of show – Reading Rainbow. However his part in that show just goes to demonstrate how much Burton values the sharing of knowledge – something any Jeopardy! host should believe in.

So what do you think? Is Ken Jennings’s apology one you can accept? Do you want to see him host Jeopardy! or would you rather see LeVar Burton? Who’s your ideal host for the show? Let us know in the comments!