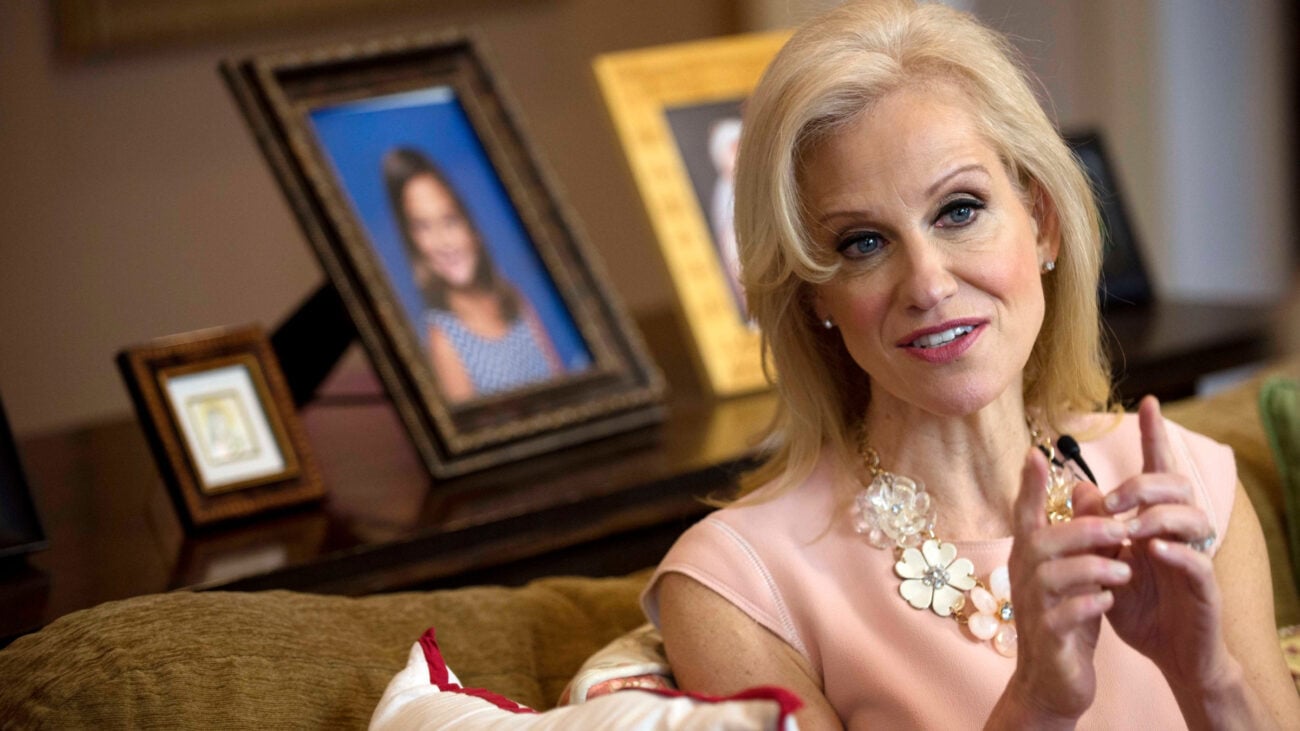 Is Kellyanne Conway abusive towards her children? See the receipts

This isn’t the first time troubling evidence has surfaced from Claudia about Kellyanne’s mistreatment of her. Last week, Claudia Conway posted several videos to her TikTok of her mother verbally berating her. Let’s dive into what these new allegations can mean and if anything will be done about Kellyanne Conway’s children.

this is becoming way too much so i am taking a mental health break from social media. see y’all soon. thank you for the love and support. no hate to my parents please. ❤️

George & Kellyanne Conway are a political couple on opposite ends of the spectrum. George is a Democrat and Kellyanne is a Republican – they have four children together and the claims against Kellyanne are mainly coming from their oldest daughter, Claudia.

The last tweet we saw from Claudia Conway was in August when the TikToker proclaimed she was taking a break from social media. She told fans the break was from “years of trauma and abuse” and not the stress of reporting on her mother’s job. The latter reason was Kellyanne’s stated reason for stepping down from Trump’s cabinet.

In June, Claudia Conway began making a name for herself on TikTok, supporting the Black Lives Matter movement and expressing her dislike of Donald Trump & his policies. As her influence grew, Insider reported she “began sparring with her parents George & Kellyanne more on Twitter”. In an interview with Insider, Conway said she began using TikTok to broaden her political understanding and “educate herself”.

Insider claimed Claudia Conway would call her mother her “best friend” and said her parents were “the most generous, well-educated people” in phone interviews when her father was present. However, she would claim on TikTok that she felt “shut down” by her family for her political views. In August, it was made known that Claudia Conway was seeking emancipation from her mother, Kellyanne.

“Just found out my mom is a speaker at the RNC . . . that’s it. i’m out. running away phase 1 starts tomorrow at 7 am”, Claudia captioned her TikTok, further claiming her mother was in Trump’s cabinet and involved in Republican politics for “money & fame”. After her post, both George & Kellyanne stepped down from their positions.

Here’s a snippet of Claudia Conway on live with Tana Mongeau#justiceforclaudia pic.twitter.com/jDymbPGGwg

Last week, Claudia Conway posted a series of TikToks of her mother berating her. One video was allegedly posted after police came to the one. In a snippet captured on a cell phone, it sounded like Kellyanne was berating Claudia Conway for being “addicted” to TikTok. “You have the love of a family,” Kellyanne exclaimed. After Claudia softly said “no I don’t”, Kellyanne then said she needed “serious psychological evaluation”.

In response, sources on social media began expressing concern. In response to a TikTok where Kellyanne appeared to have Claudia’s phone, one Twitter user stated Claudia owns her phone so questioned why her mother would have it in the first place. Others questioned the police involvement and whether anything would be done to help Kellyanne Conway’s children.

Claudia Conway took down the video footage of Kellyanne berating her. Addressing critics who said she was just posting for “attention”, she countered that they didn’t know what it was like to be in the public eye. She further stated she took down the videos because “nothing would be done” to help her, and she didn’t want the videos to be used to “gaslight or manipulate” her.

Claudia Conway shares videos exposing her mother former Trump counselor Kellyanne Conway verbally and physically abusing her. Claudia said in a comment CPS won’t do anything because her parents are too powerful. pic.twitter.com/dAaBrXm9xU

Claudia Conway claimed social services would not intervene because her parents are “too powerful”. However, a recent TikTok is beginning to trouble people who have been following the Conways.

please stop sending hate to my family. please. i am putting an end to all of this. i’m okay. we are okay.

In a video posted this morning and shared on Twitter via George Conway, Kellyanne’s husband & Claudia’s father, Claudia Conway announced she would be “taking a break” from social media. She implored viewers not to “send hate” or “call the authorities” and that she “loves her mom very much” and they just fight like “mothers & daughters do”.

Conway also expressed the fleet of topless photos, saying she believed her mother would never intentionally post something like that. While she assured viewers she wasn’t being forced to post the video, her previous posts made Twitter question whether or not that was true.

In earlier tweets, Twitter users took screenshots of Claudia Conway posting in Morse code, noting it was possible her parents were watching her. However, one Twitter user noted: “Kelleyanne took her phone and took a picture of the picture 🙄 Claudia confirmed it and also said she never sent it to anyone”.