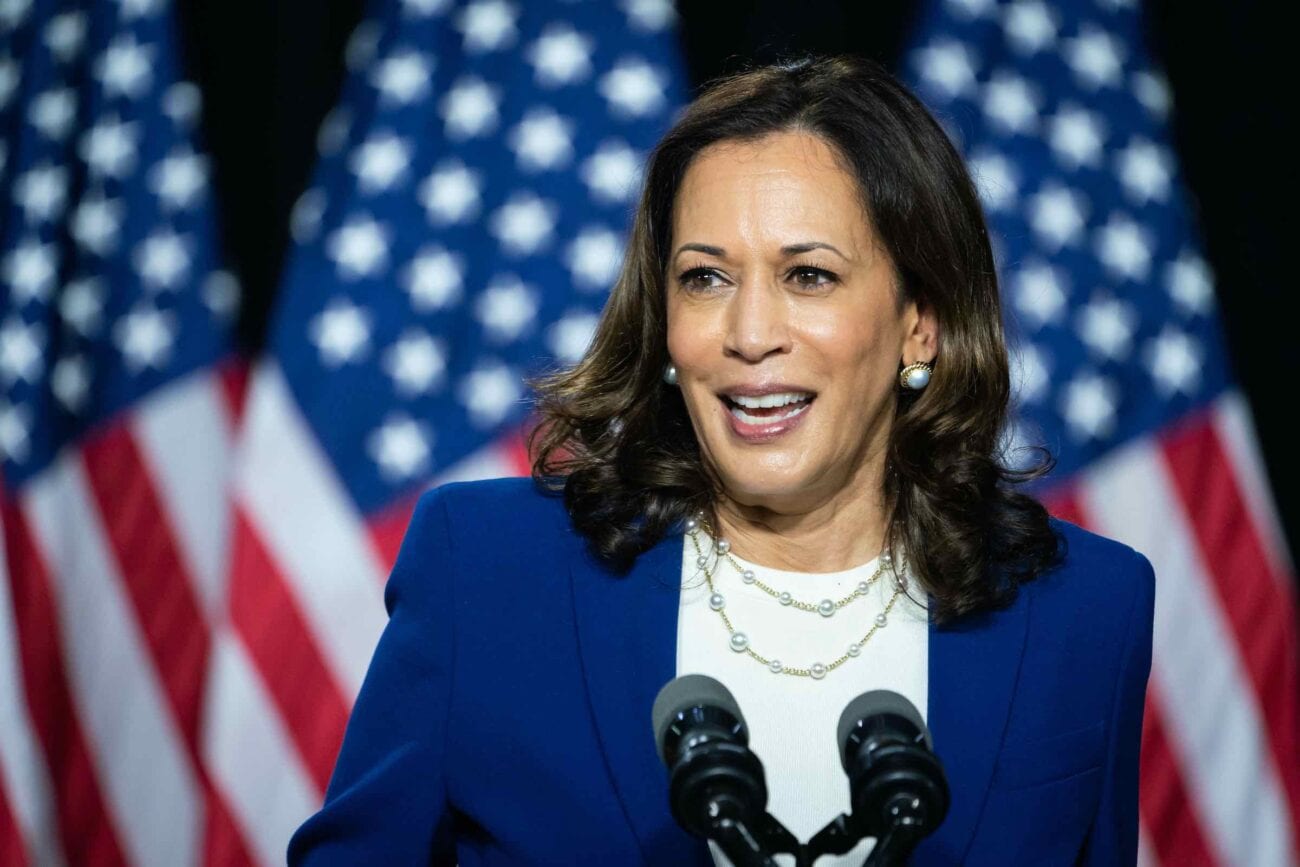 What would Kamala Harris do as VP? An inside look at her policies

Joe Biden may be projected to win the presidency, but all eyes are also on Senator Kamala Harris, who will be the first woman to serve as vice president. Harris has been called a “socialist” while also being called a “moderate”, so it might be a little difficult to ascertain what her true stances on important U.S. issues actually are.

Here’s a breakdown of what she thinks about some of the most important issues in the U.S. and what her past as district attorney & California’s attorney general may show what she could do as vice president. 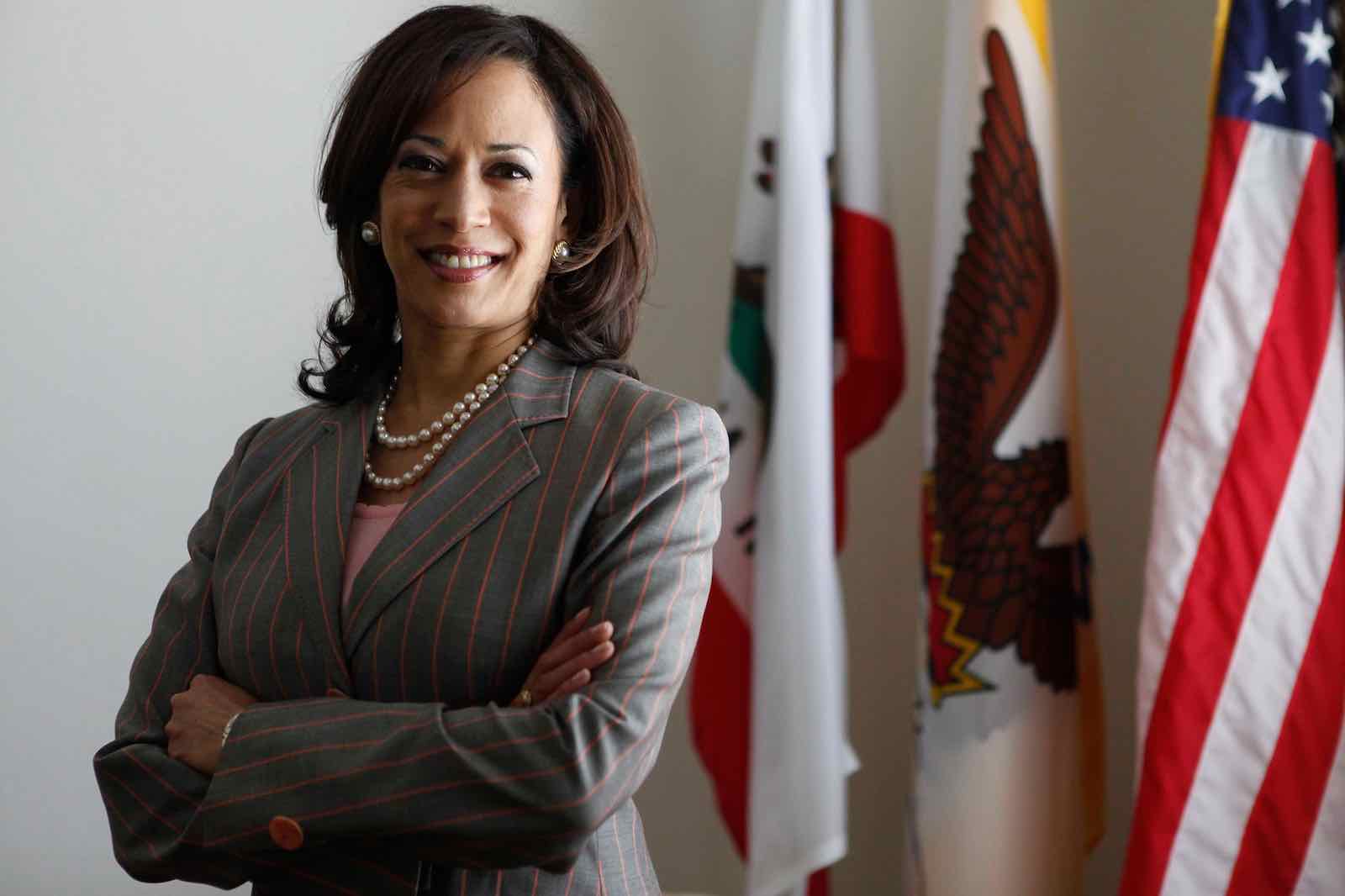 Criticisms for attorney past

Harris has been criticized for her lack of consistency, angering both conservatives & progressives. For example, when Harris was San Francisco’s D.A., she was at odds with the police when she didn’t impose the death penalty on a man who killed a police officer. Afterward, former Police Commission member Peter Keane described Harris as having “traditional prosecution, pro-police, instincts” when talking to The New York Times.

Harris has gone back and forth when it comes to her position on the death penalty. Though she considers herself as an opponent to the death penalty, she appealed a judge’s decision which found the death penalty unconstitutional when she was California’s attorney general, according to Politico.

Calling herself a “top cop” & “progressive prosecutor”, Harris has been heavily criticized by progressives for not pushing hard enough on police & prison reform. Some believe she’s too pro-police, according to The New York Times, and many activists have criticized Harris for not transforming policing enough when she had the power to change the police department. 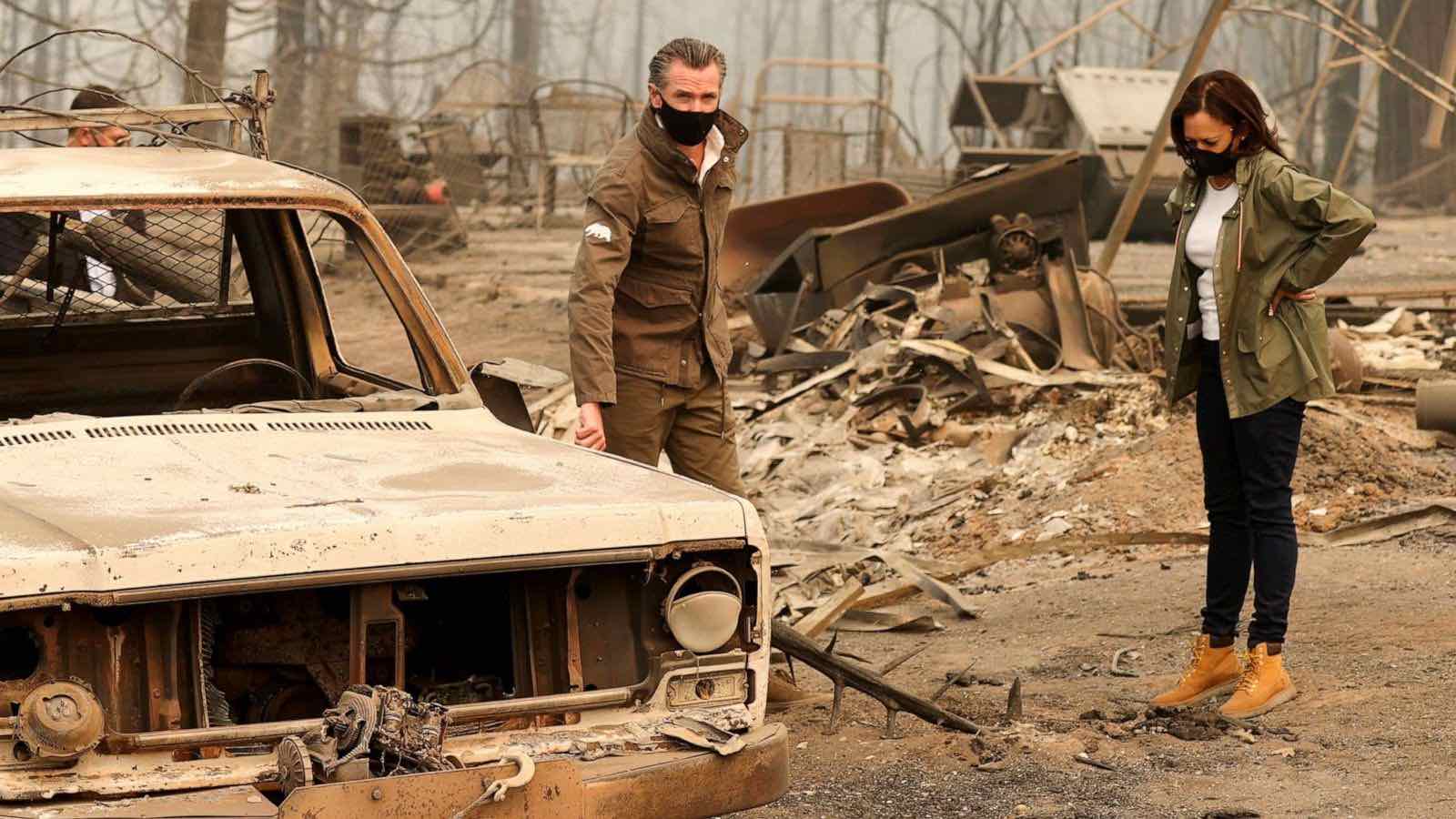 In 2019, she worked with Ocasio-Cortez to create the Climate Equity Act, which called climate change “an existential threat”. Harris had also made her own plan when she was running in the primaries, though she was one of the last democratic candidates to introduce her plan to the public.

BBC News also reported Kamala Harris has said she’s against fracking, but Inside Climate News said it’s unclear whether she’d enforce a ban. However, it should be noted Biden’s climate change plan indicates he wants to stop giving new fracking permits on public land and wants to gradually transition fossil fuel workers to clean air jobs, according to FactCheck. 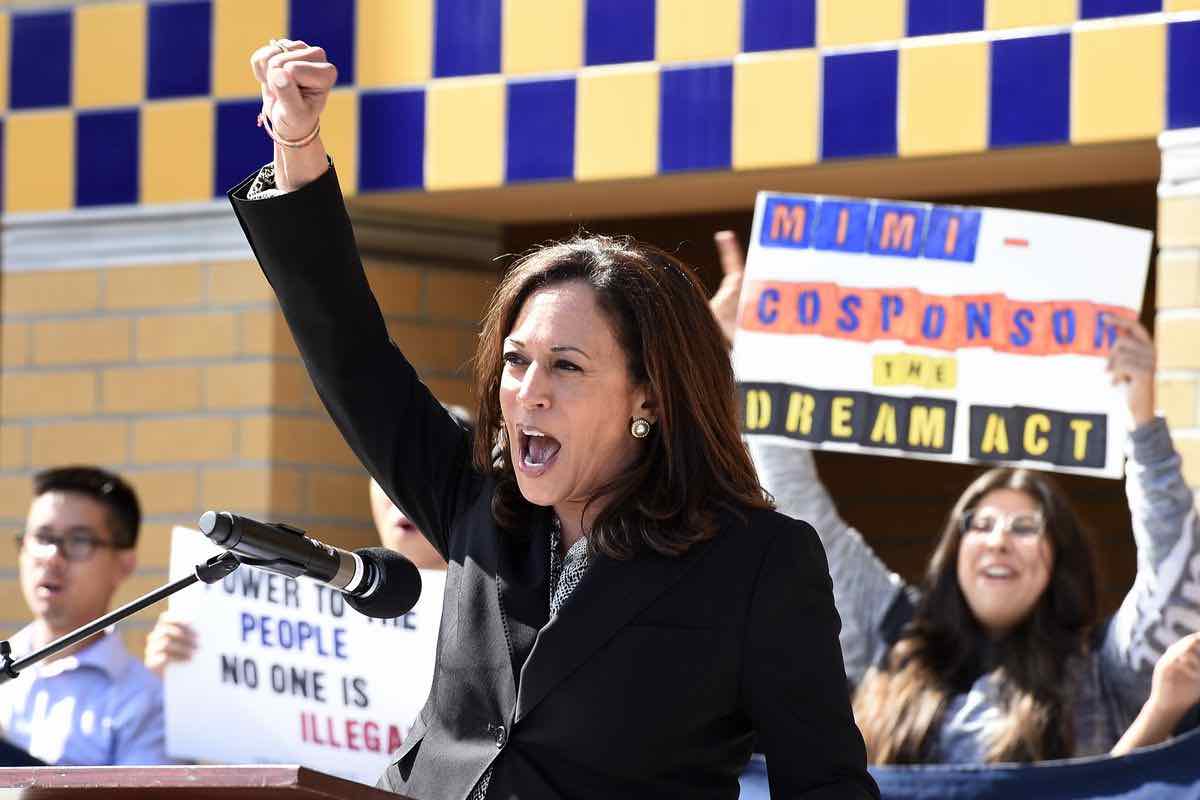 Harris has vocally stated she advocates for Obama’s Deferred Action for Childhood Arrivals program, according to Politico, and has been against many of Trump’s immigration policies, especially when she called for the resignation of former the former secretary of Homeland Security, Kirstjen Nielsen, who was part of the team who separated children from their parents at the border.

According to BBC News, along with giving more rights to undocumented immigrants, Harris pledged to offer a path to citizenship for undocumented immigrants when she was still a presidential candidate in the primaries. She has also denounced U.S. Immigration and Customs Enforcement, commonly known as ICE, and has sent numerous letters advocated for immigrants. 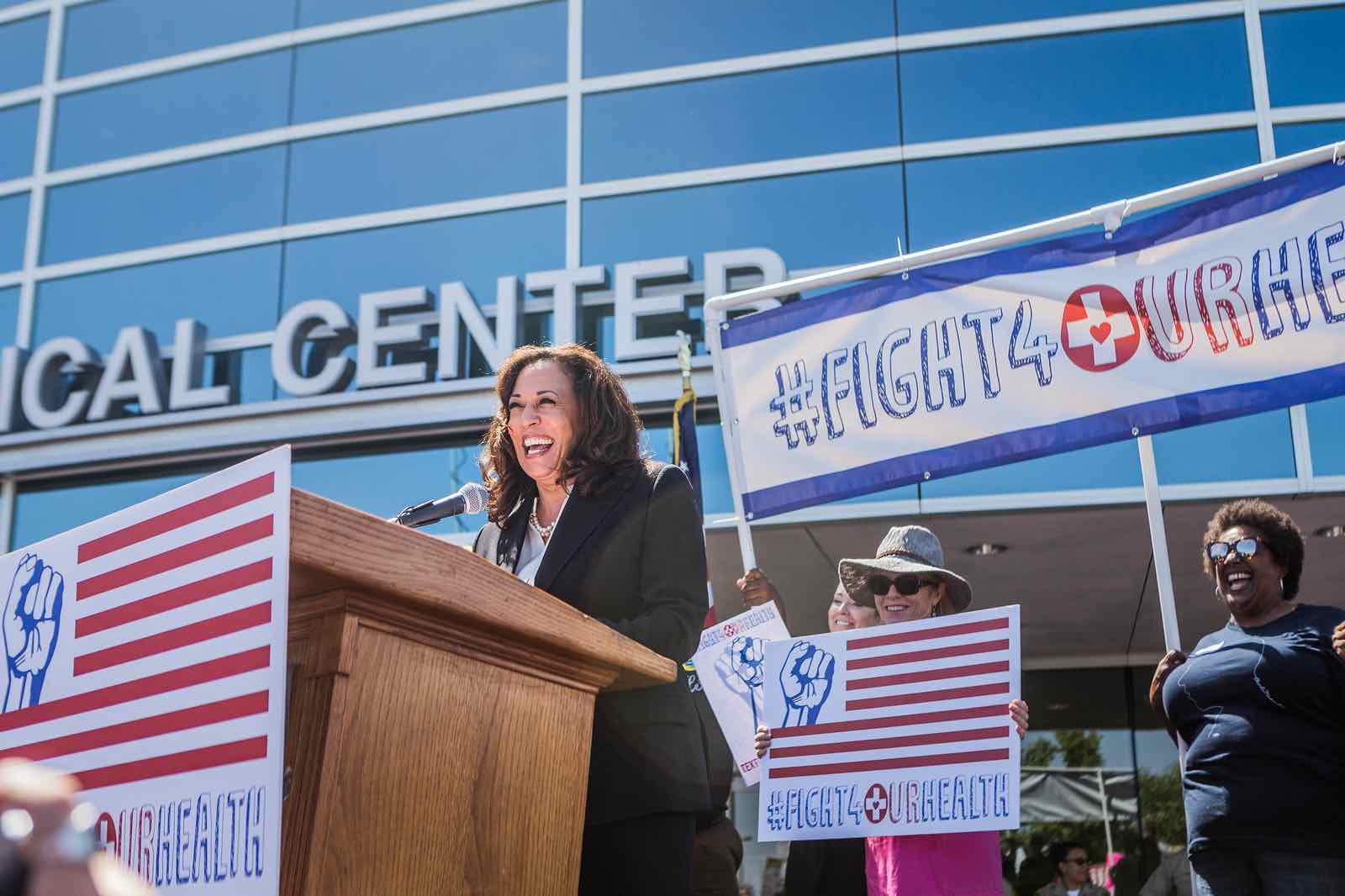 Many believe Harris’s original campaign was damaged for her varied opinion on health care, according to Politico. Though she seemed to be favorable to Senator Bernie Sanders’ Medicare for All plan in 2017, during the primaries, Harris shifted her perspective & backtracked on her original stance. Likewise, Biden doesn’t advocate for Medicare for All and instead will focus on the Affordable Care Act, according to BBC.

Harris’s eventual plan essentially allows both public & private options for health care, according to Politico, but it effectively hurt her campaign, as she tried to make a plan suitable for both sides of health care. Harris hasn’t spoken out about health care too much during the Biden-Harris campaign, instead primarily focusing on COVID-19 policies. 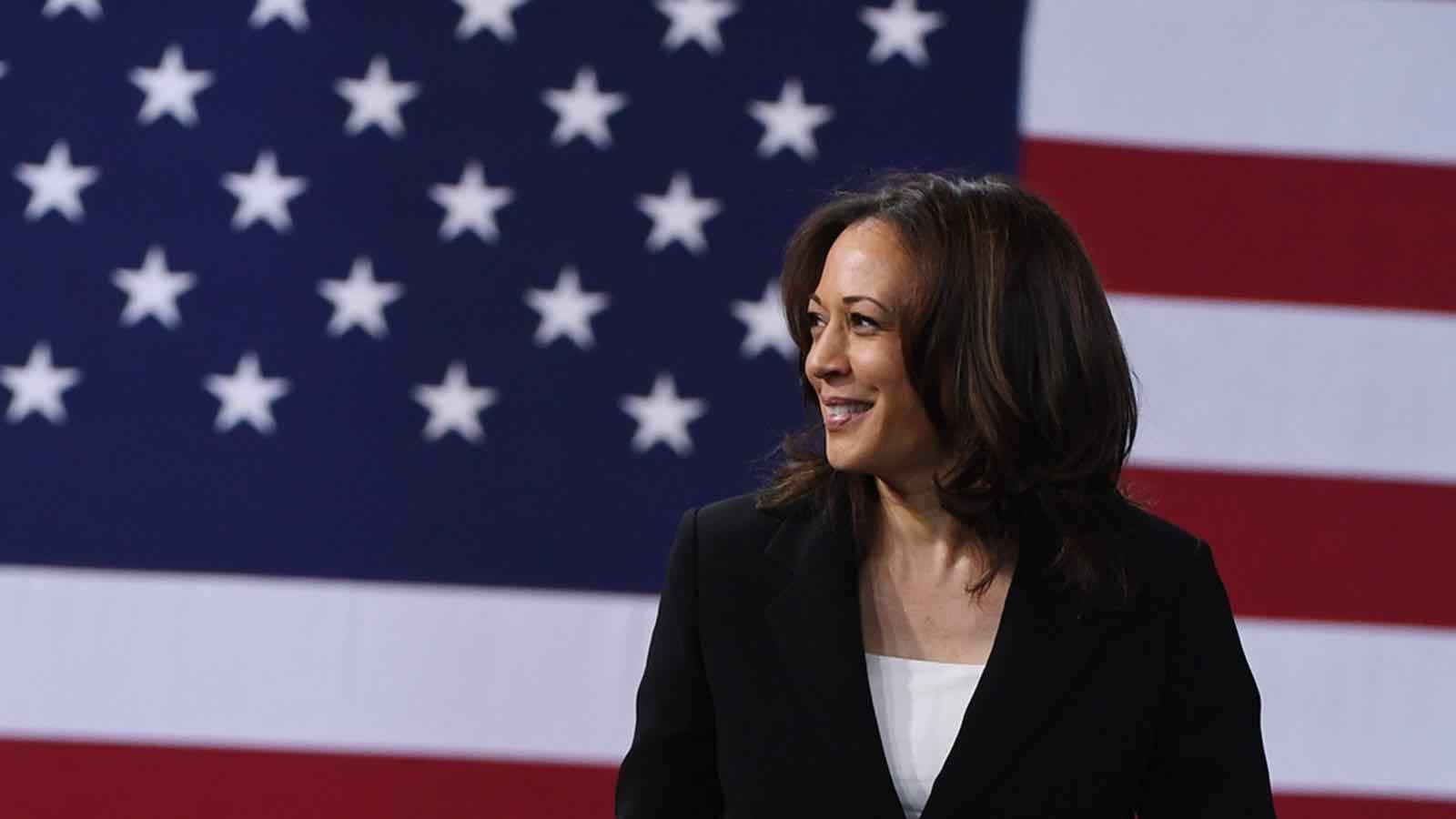 According to Vox, Kamala Harris & Biden’s stances on foreign policy are notably similar. However, Vox also reported Harris’s lack of experience in foreign affairs might cause her to have little influence in action. She’s largely expressed advocating for human rights, especially when it comes to Hong Kong – where excessive force was used on protestors, and China, where Uyghur Muslims are being forced into internment camps.

Harris showed support for the Iran nuclear deal and criticized Trump for leaving the Joint Comprehensive Plan of Action in 2018. Harris also wants to end U.S. support in Saudi Arabia’s war on Yemen and has stated the U.S. needs to “fundamentally reevaluate” its relationship with Saudi Arabia. However, she also stated the U.S. & Saudi Arabia have “mutual areas of interest”, like counterterrorism. 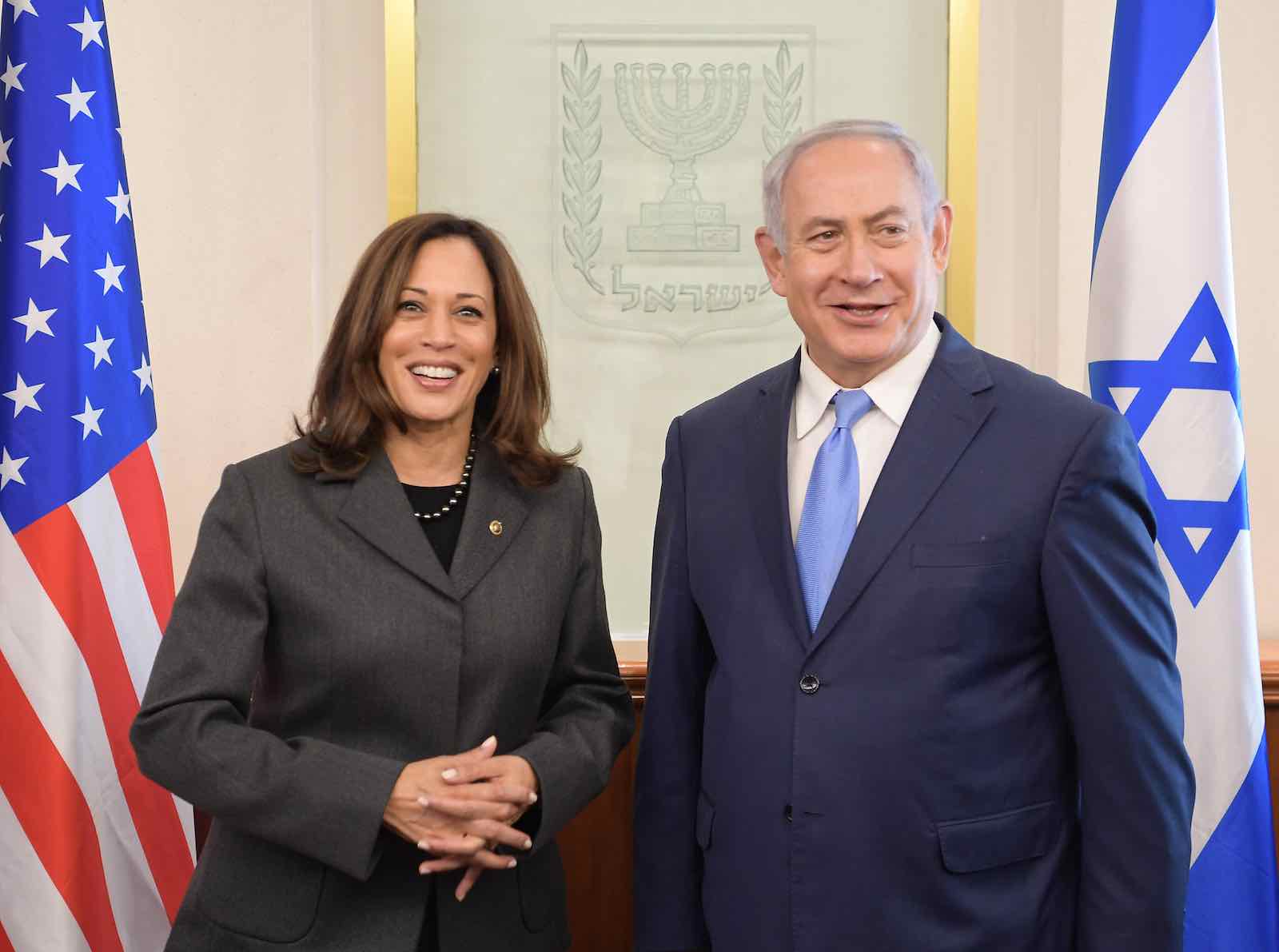 Kamala Harris is a supporter of Israel and has a record of supporting pro-Israel initiatives. When asked about the Israeli-Palestinian conflict during an interview with the Council on Foreign Relations, Harris called Israel a “critical ally and friend” and said she would want to reaffirm U.S. support for Israel. She also condemned the UN resolution which called Israel’s settlement in Palestine a “flagrant violation” of international law.

In regard to Palestine, Harris said she’d want to “rebuild the broken relationship” between Palestine & the U.S. In 2019, she opposed the Boycott, Divestment, and Sanctions movement, a Palestinian-led movement advocating for boycotts & sanctions against Israel.

As for a solution to the conflict, Harris supports a two-state solution. She told the Council on Foreign Relations, “Palestinians should be able to govern themselves in their own state, in peace and dignity, just as Israelis deserve a secure homeland for the Jewish people”.

Coronavirus in India: Can travel restrictions help control the spread? 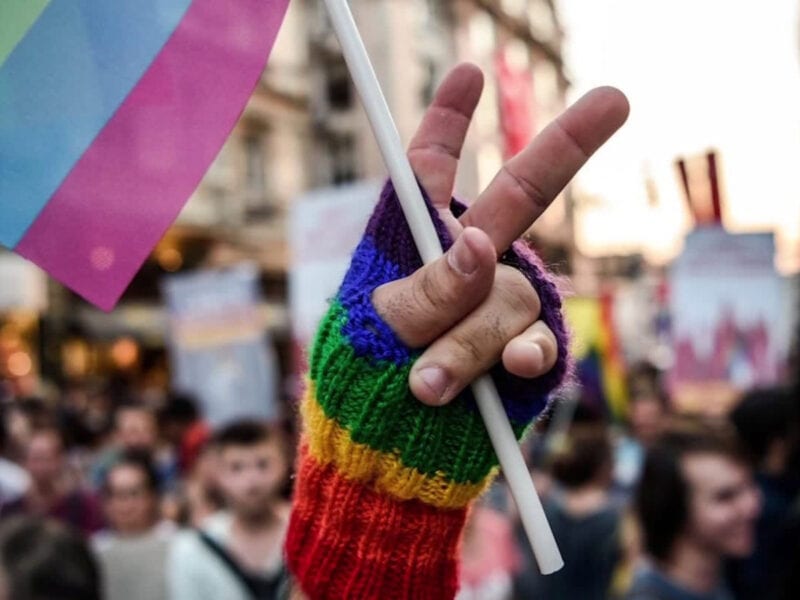