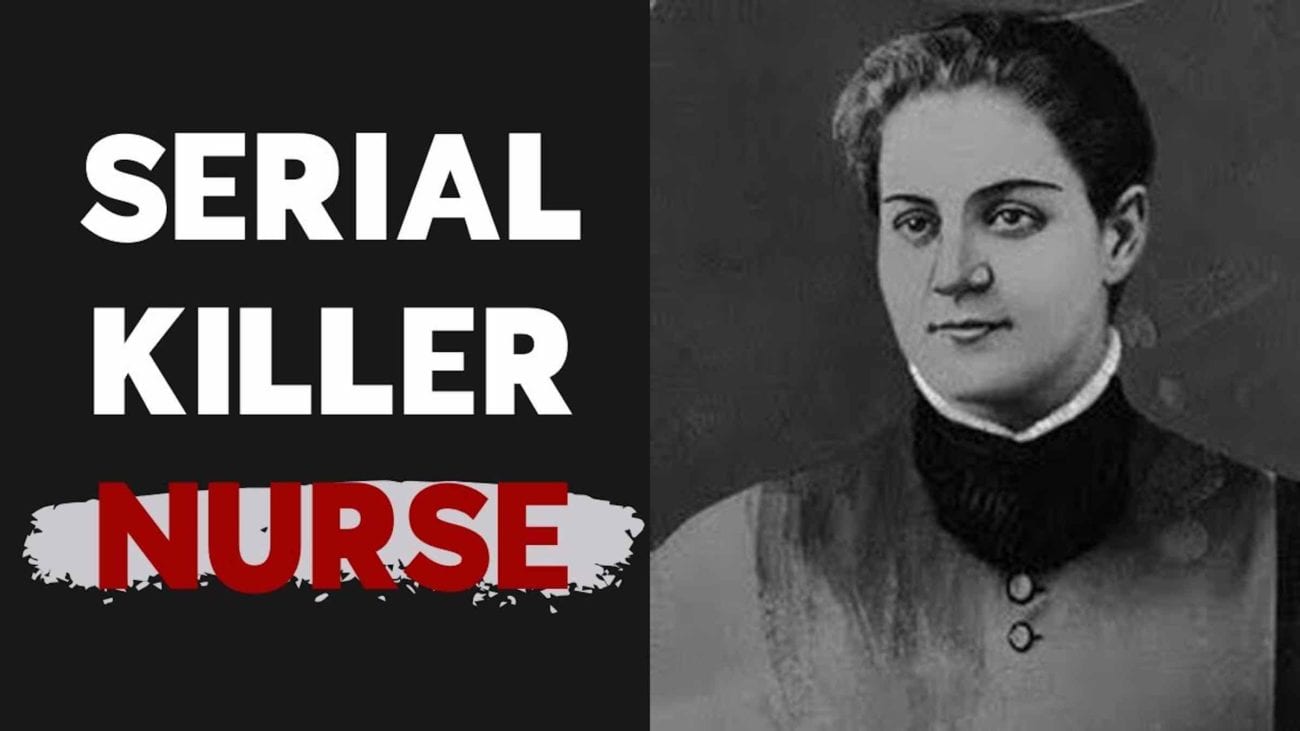 The mind of a serial killer: “Jolly” Jane Toppan the Angel of Death

Intrigued yet? After all, it’s very rare for female serial killers to not feel remorse from their kills, let alone be erotically stimulated by them.

“Jolly” Jane Toppan was an American serial killer who used her nursing profession as cover for her poisoning sprees. But let’s not get wrapped up in her dark side just yet. As with many serial killers, Jane Toppan had a less than optimal childhood. Let’s start there, shall we?

Jane Toppan’s childhood began with the death of her mother who died from tuberculosis when Toppan was just one year old. Her father tried his best to raise Toppan and her three sisters, but he had a few screws loose; he was suspected of abusing them so he ended up having to give them away.

Toppan’s father placed Toppan’s sisters in orphanages, but Toppan herself he gave away as an indentured servant.  Toppan was six years old when this happened. She took the name of the family she served and would grow to resent her foster mother who treated her poorly.

When Toppan turned 18 she was released from her indentured servitude, but chose to stay on at the house for years after. Toppan’s foster sister Elizabeth ended up taking over the house once their mother died, and Elizabeth treated Toppan less poorly than their deceased mother. Still, Toppan and Elizabeth weren’t exactly fast friends. 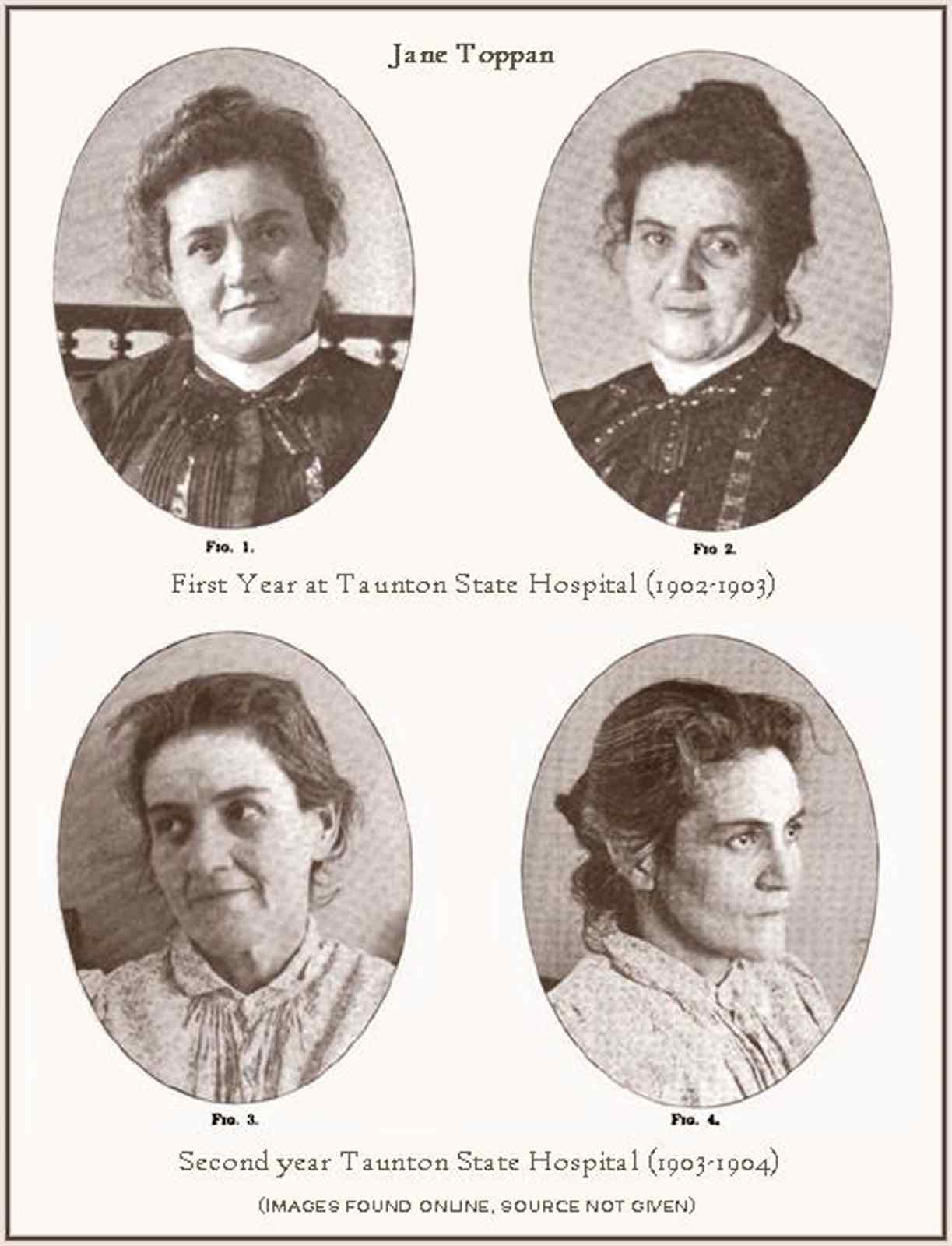 Elizabeth ended up marrying a man named Oramel Brigham and eventually, an unknown dispute caused Jane Toppan to move out of the house. Toppan then began training as a nurse at Cambridge Hospital in Massachusetts. This is where she earned the title “Jolly” Jane. Toppan was well-known for her bright and chatty personality.

Toppan was loved by all her patients – the ones she didn’t murder in cold blood, that is. Or should we say “hot” blood, since she later confessed it got her hot and heavy to kill them?

Despite the fact that Toppan was a great caretaker, her habit of killing patients eventually got her the boot. There was an unreasonable amount of patients who died on her watch and the hospital became aware of experiments Toppan ran on patients using high doses of morphine and atropine. Interestingly enough, even though her bosses at Cambridge were suspicious of her behavior, they still recommended her to General Hospital. 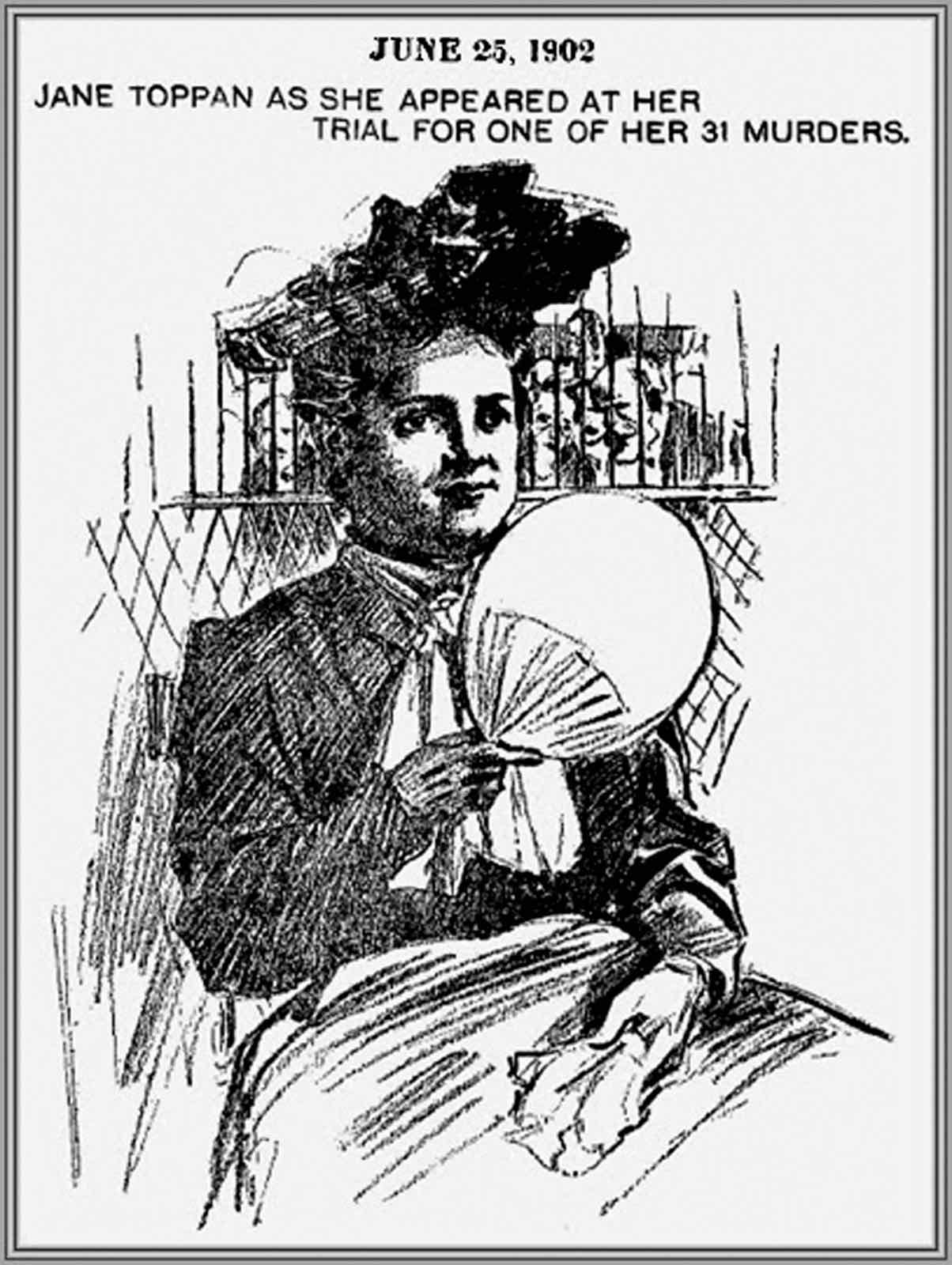 Jane Toppan went on to continue killing patients and climbing into bed with them at General Hospital. One female patient at Cambridge Hospital even later reported remembering Toppan kissing all over her face after Toppan gave her a bitter dose of medicine to knock her unconscious. It wasn’t until much later when Toppan was arrested that this patient realized this experience hadn’t been a bad dream. 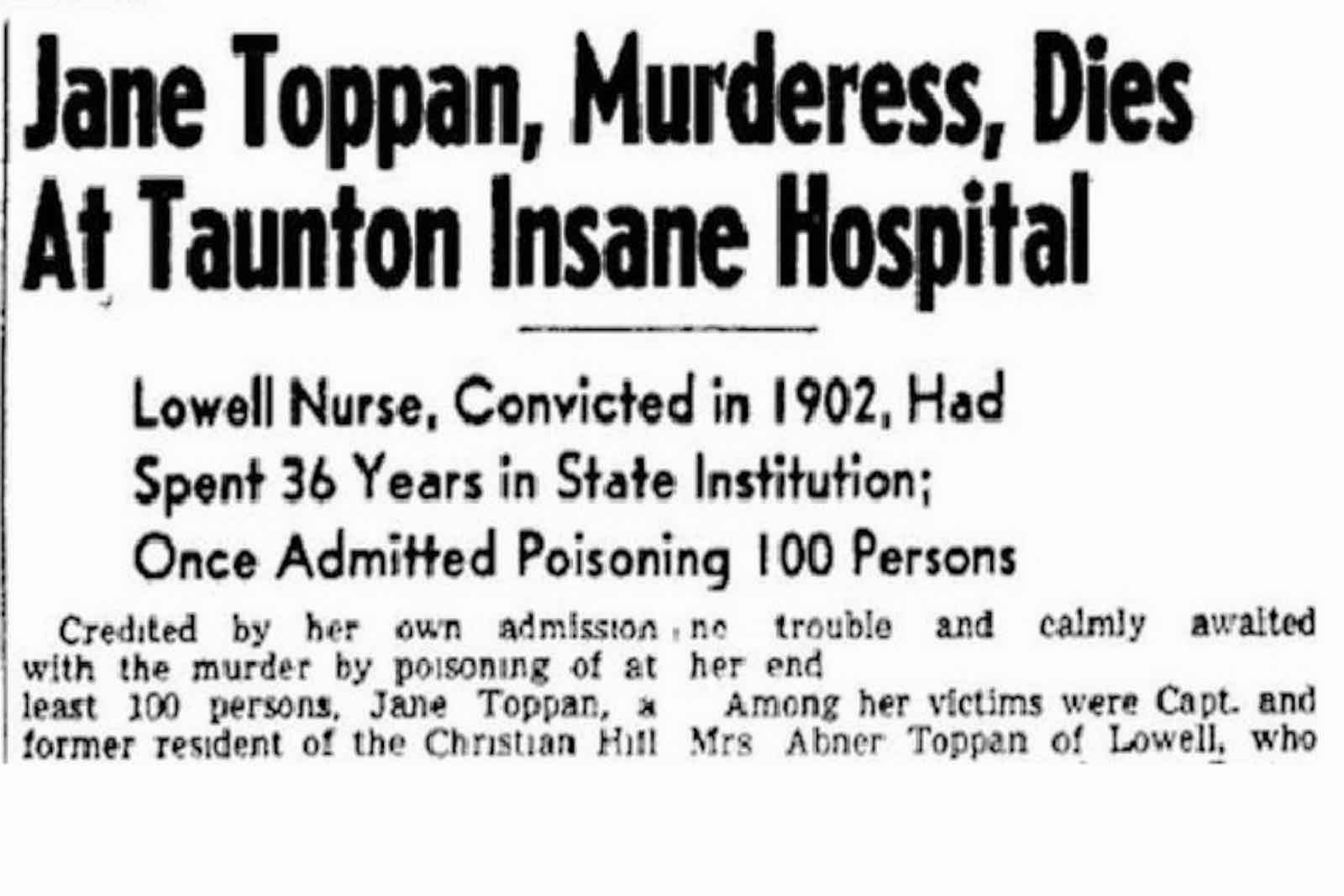 Toppan’s first documented kill was actually that of her elderly landlord and his wife. Toppan later told police that although she liked them they had become too “feeble and fussy”. The husband was killed in 1895 and the wife in 1897. Toppan then proceeded to use their empty house as if all was well.

Another shocking kill of Toppan’s was the murder of her friend in 1889. Toppan killed her with strychnine simply because she wanted to take her job as dining hall matron. Finally, karma somewhat caught up to her, because her job as matron didn’t last. Toppan, well known for sticky fingers by friends, apparently didn’t keep her habit of petty theft from her stolen job. They fired her quite quickly. 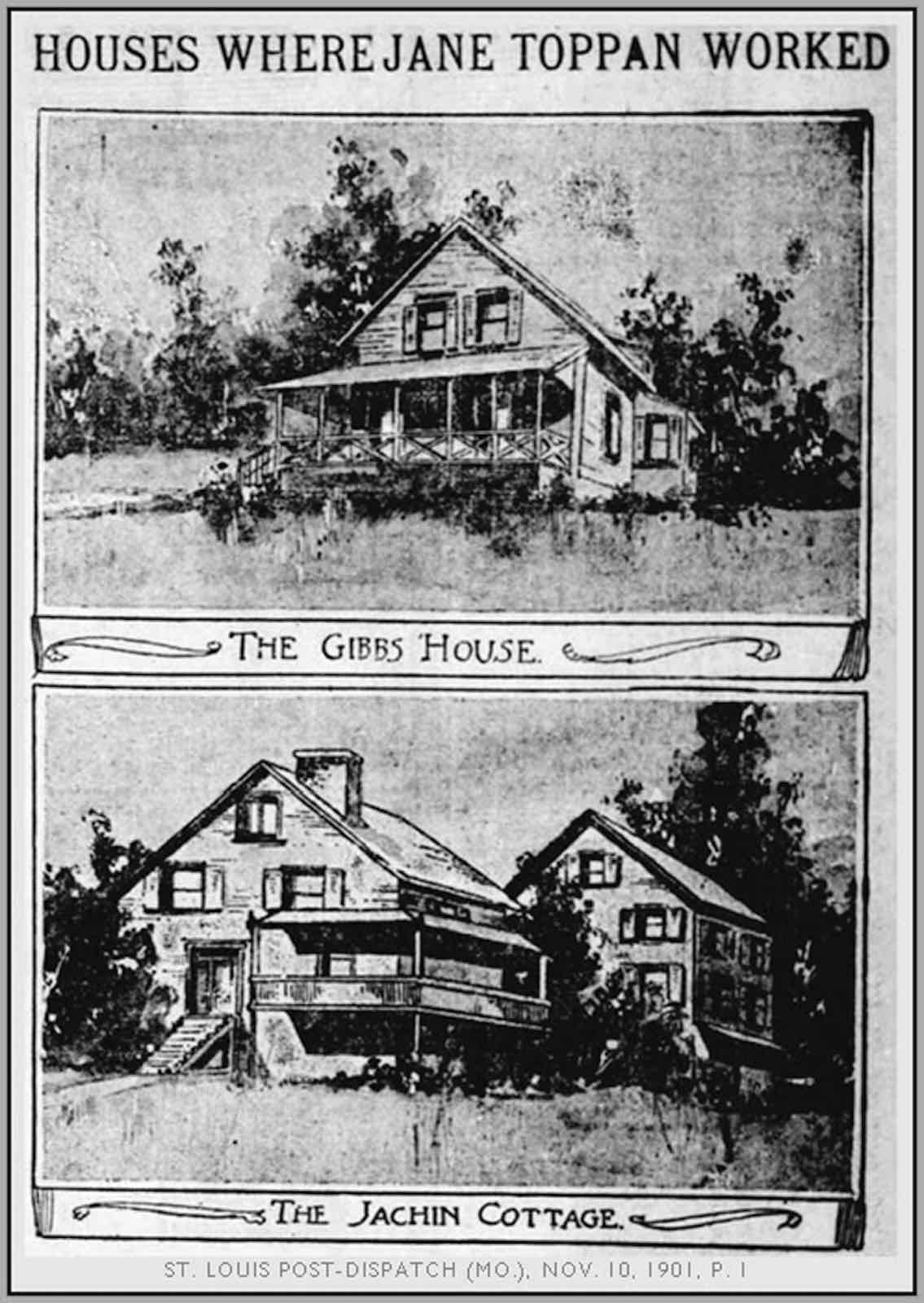 In the summer of 1899, Toppan went to visit her foster sister in their old childhood home. Elizabeth Brigham complained of depression and Toppan soon whipped up a quick fix for the problem. She put together a picnic with strychnine-laced mineral water.

Toppan later said this about her foster sister’s death: “I held her in my arms and watched with delight as she gasped her life out.”

Toppan had a plan to profit from Elizabeth’s death, but this time she wasn’t stealing a house or a job. This time “Jolly” Jane Toppan wanted to steal her sister’s husband. She soon pushed her way into the life of Mr. Brigham and poisoned him. This dose wasn’t meant to kill. She figured it would play out like the fantasy of many a modern man. As Toppan nursed Mr. Brigham back to health, she assumed he would fall in love with her. 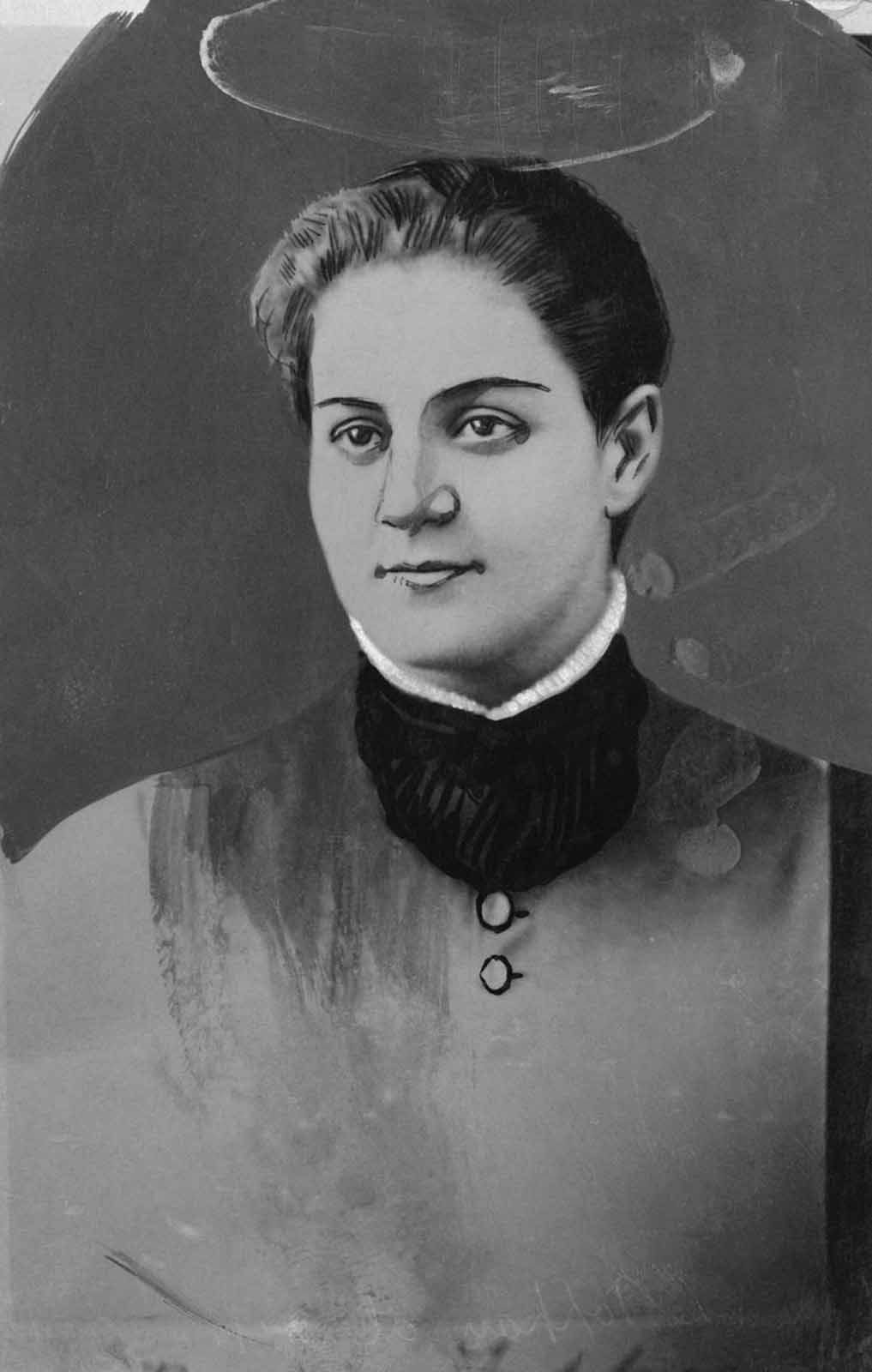 Brigham wasn’t having any of it. He made it clear he would never take Toppan as a wife, and Toppan got so mad after all the trouble she went through to snatch him, that she threatened to say he had gotten her pregnant. Brigham threw her out of the house and Toppan attempted to take her own life with an overdose of morphine.

How on God’s good Earth a professional poisoner managed to screw up her own suicide by overdose, we don’t know, but Toppan was then committed to a mental hospital. Shortly after she killed an entire family. As always, she did it poison style, but this time someone had the good sense to be suspicious enough to do something about it.

The husband of one of the Davis daughters who were killed ordered a toxicology report. When it came back positive for morphine and atropine poisoning, police began to hunt Toppan down. 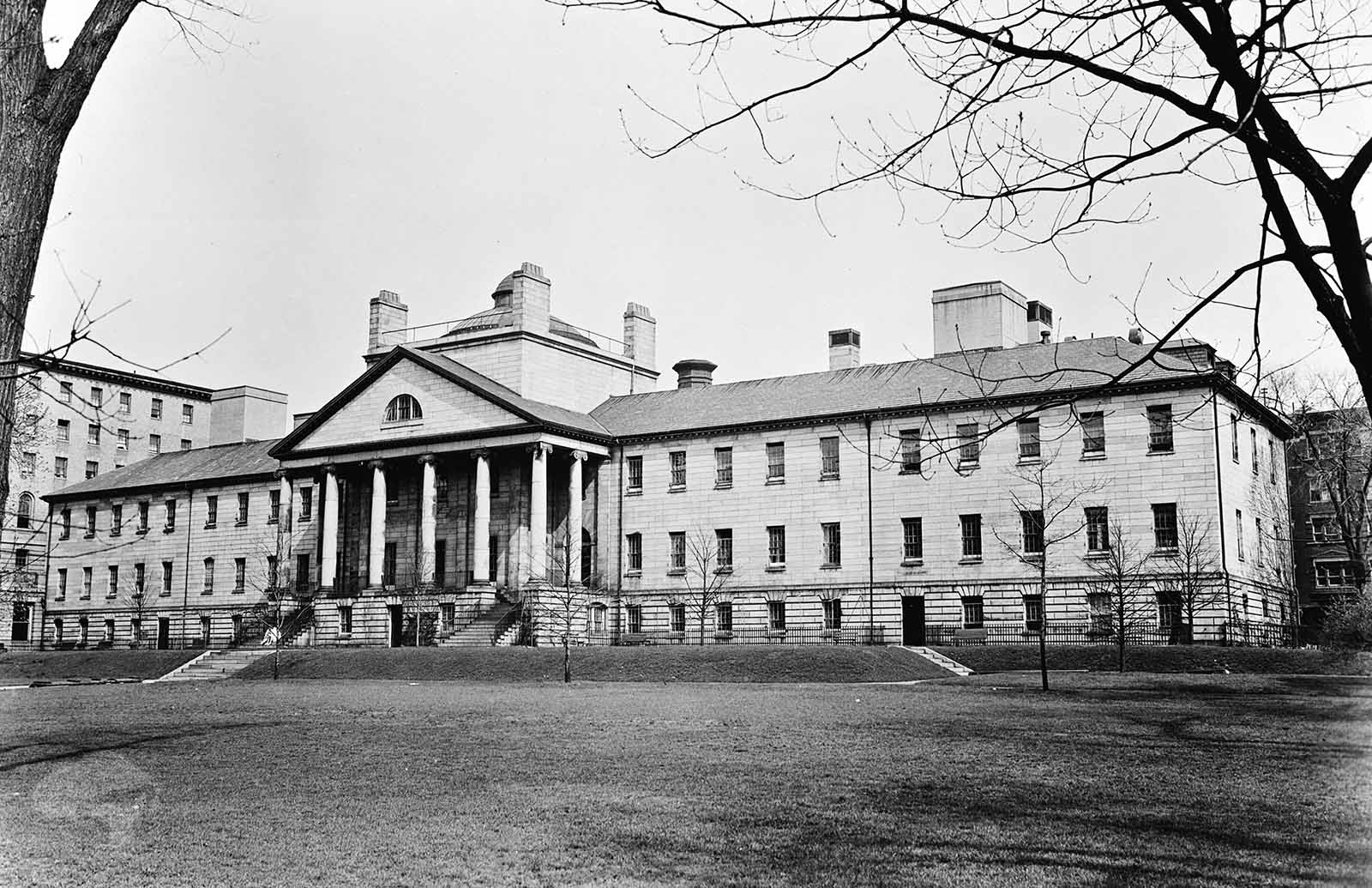 Jane Toppan is put away for good

“Jolly” Jane Toppan was finally arrested on October 12, 1901. She confessed to poisoning 31 people, but she also said her body count could be as high as 100. Even during confession Toppan reported to feel no guilt for the things she had done.

She was reported to have said, “No, I have absolutely no remorse. I have never felt sorry for what I have done. Even when I poisoned my dearest friends, as the Davises were, I did not feel any regret afterward. I have thought it all over and I cannot detect the slightest bit of sorrow over what I have done.” 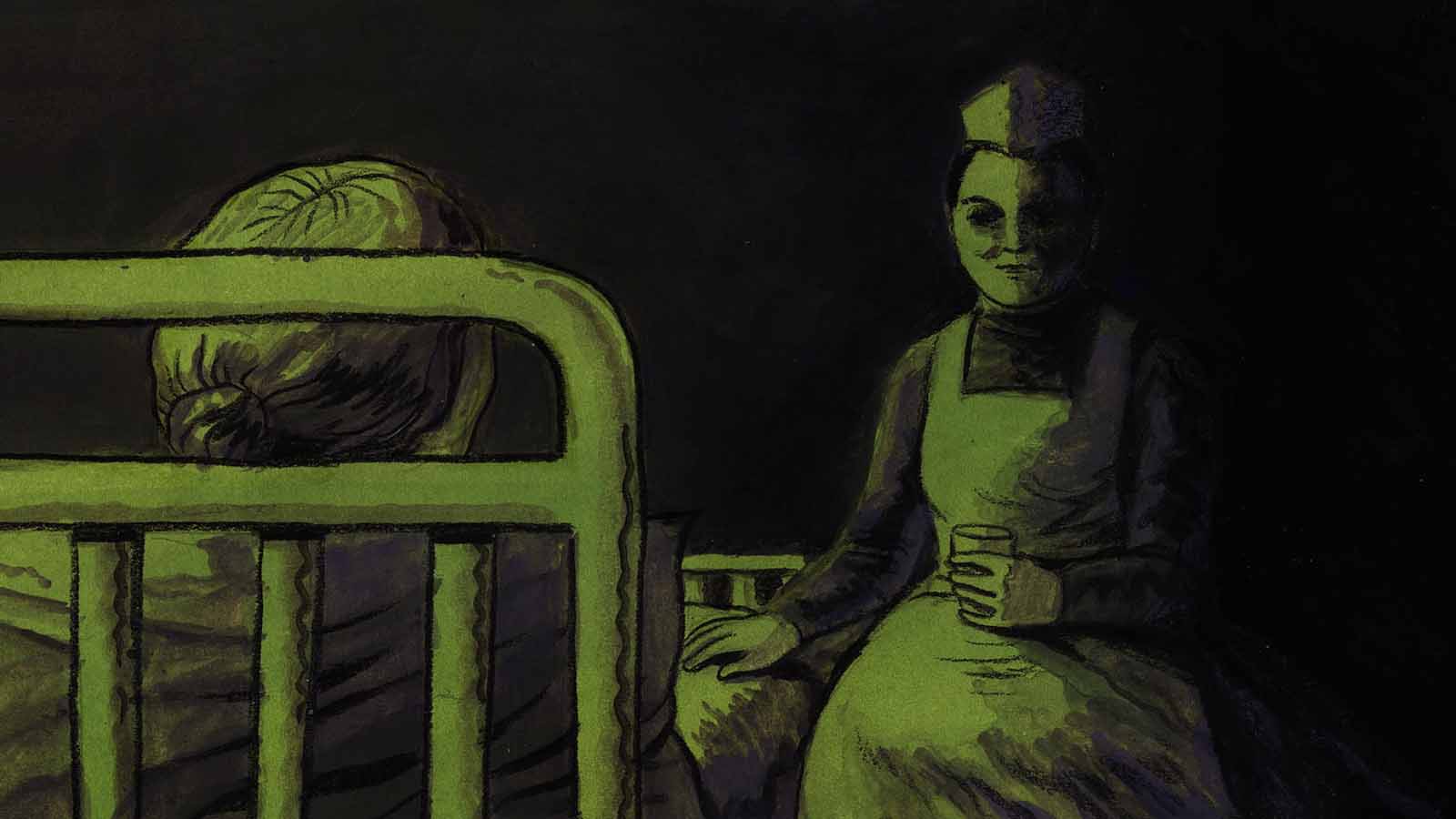 A true sociopath, Toppan was found not guilty by reason of insanity. She lived the rest of her days in an insane asylum where she continued to display murderous tendencies. Asylum attendants said they remembered Toppan goading them to kill with her.

Toppan would say to them, smiling, “Get some morphine, dearie, and we’ll go out in the ward. You and I will have a lot of fun seeing them die.”

“Jolly” Jane Toppan was nefarious through and through. She stayed cheerfully wicked all the way up until her death on October 29, 1938. She was the ripe old age of 84.

Do you know about The Black Dahlia Murder? Here’s why it’s one of the most haunting murder stories of all time!