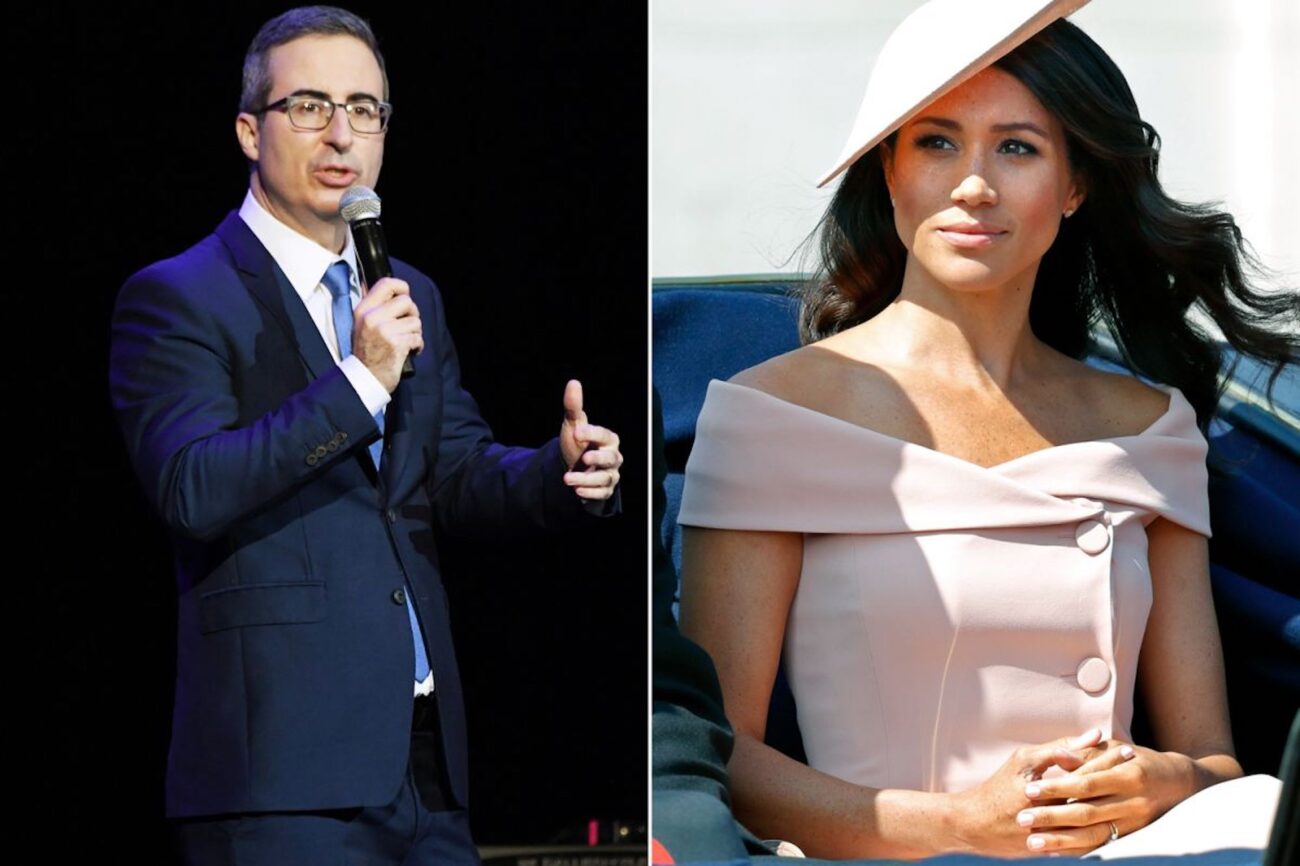 Last Week Tonight with John Oliver is a flippin’ great comedy news series. Mainly because John Oliver is hilarious, but also due to the well-researched deep dives into various topics that he & his team pick out. Ranging from sex education to prison reform, it’s educated a lot of people and made them laugh while doing. Maybe, perhaps, John Oliver will talk about the British monarchy’s treatment of Meghan Markle next?

Following the Prince Harry & Meghan Markle bombshell interview with Oprah, comments that John Oliver made prior to Harry & Meghan’s 2018 wedding have gone viral. In fact, it looks like Oliver down right predicted the exit from the British Royal Family years before it even entered the news cycle. How did this happen? Well, here’s everything that you need to know.

Oliver continued on, by saying, “I don’t think you need to have just seen the pilot episode of The Crown to get a basic sense that she might be marrying into a family that could cause her some emotional complications.” The British Royal Family? Emotionally stunted? Perish the thought! (Note the sarcasm and the newscycle centered on Meghan Markle getting blamed for everything.) 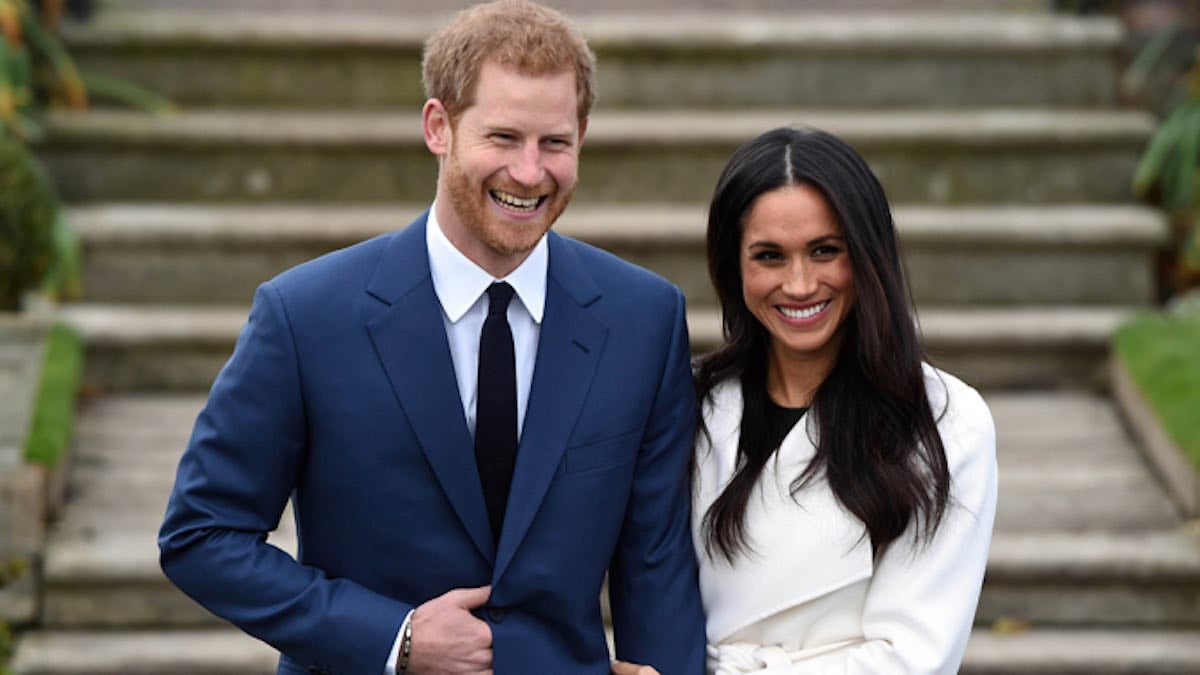 Being a royal: a pseudo-job

Also in the interview, John Oliver predicted a dissatisfaction that Meghan Markle could find in the job of being a senior royal. He especially doubled-down on her being un-welcomed into their ranks, which yeah that’s why we’re here. In addition, the news descended on her with the hunger of racist hyenas, so, yeah. Here we are. Seriously, these comments were made into 2018. John Oliver called this.

“They’re an emotionally stunted group of fundamentally flawed people doing a very silly pseudo-job. That’s what she’s marrying into. So I hope she likes it. It’s going to be weird for her. I would not marry into the royal family. I’m a commoner. I would not be welcomed — especially after what I’ve just said.” Yeah, I wouldn’t expect any royal honors from the Queen or anything for these comments, John. 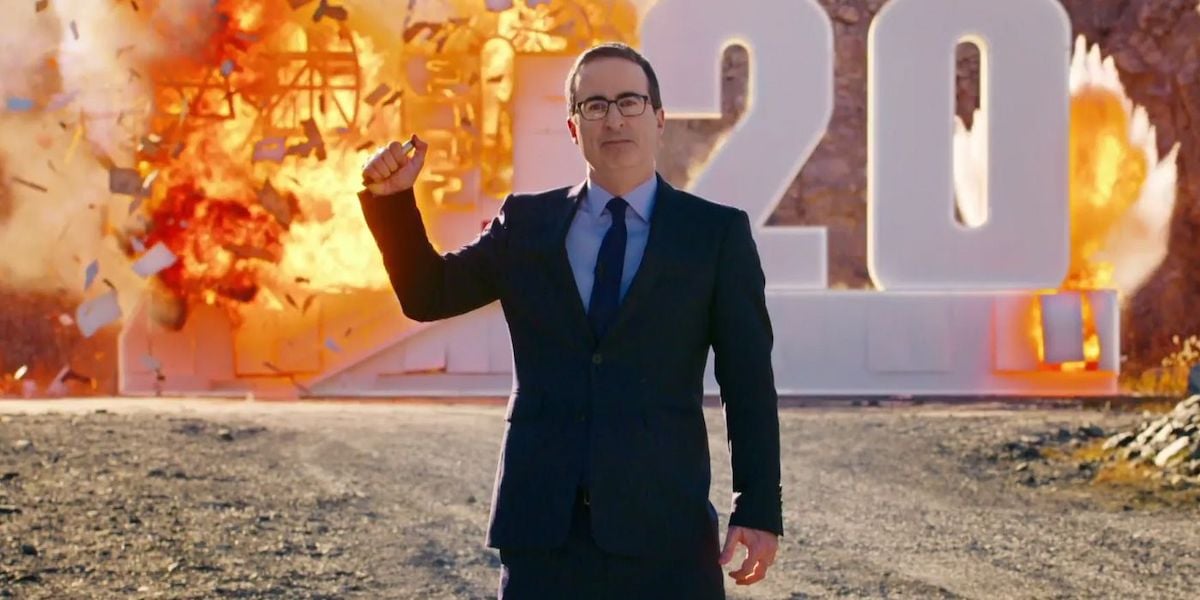 If he made the British Royal Family upset, then he doesn’t care about getting a knighthood. He added, “It’s just weird to kneel in front of another adult. … It’s an odd thing to still have. I like royal weddings as much as I like [anything else], I also like fireworks. It’s a spectacle, it’s something nice to look at.”

Now, the Meghan Markle & Prince Harry interview has broken and sent the news into tailspin. John Oliver has not commented yet on the bombshells dropped during that interview. But we’re willing to place good money on John Oliver commenting on his new viral status and the interview when Last Week Tonight returns. We call it a good feeling. And maybe, we’ll get some jokes out of it as well.

Either way, Meghan Markle is at least getting some people in the news, even if its comedy news, on her side in this clusterf*** of a mess. She deserves it. Who knows? Maybe she’ll guest on Last Week Tonight at some point with Prince Harry.