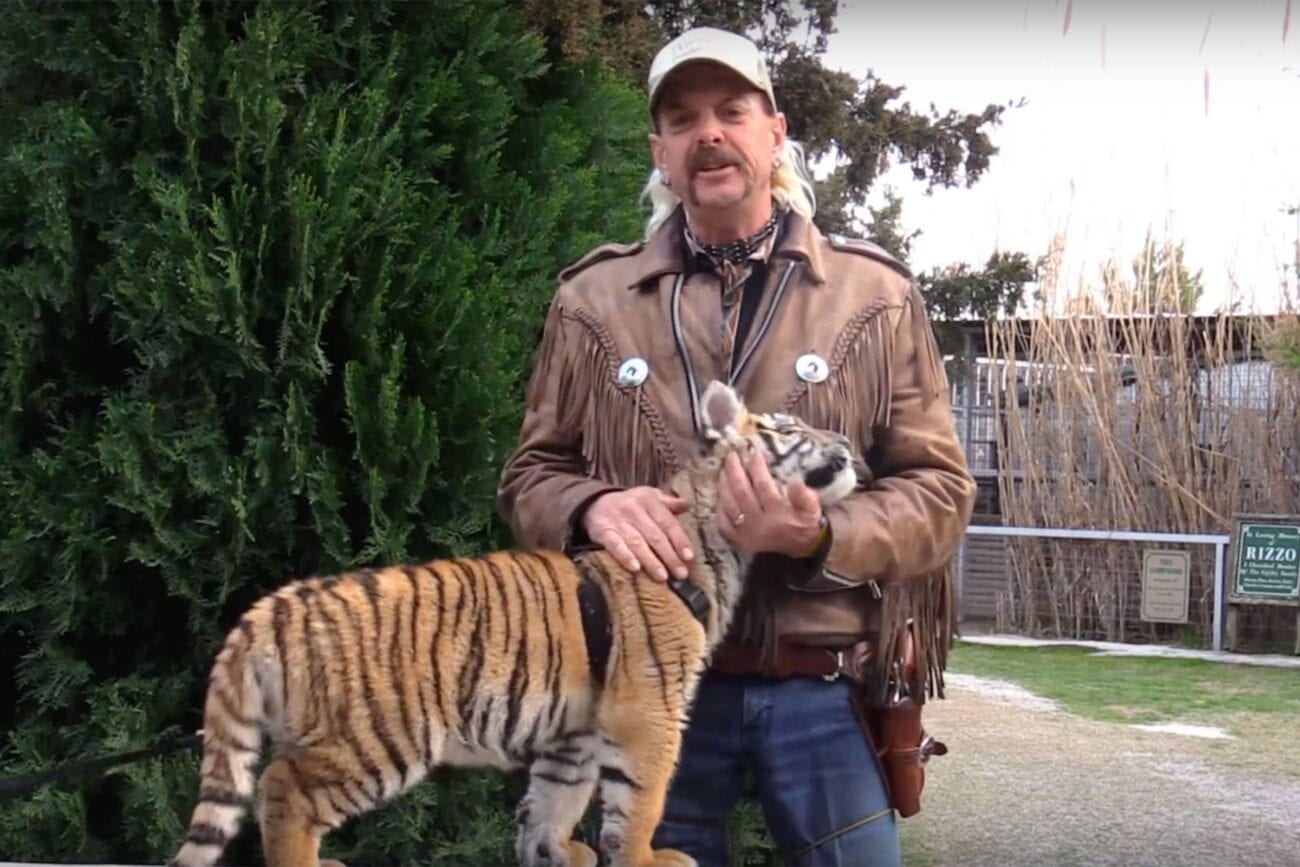 It’s been 220 days since the whole world learned of Joe Exotic in the hit Netflix original docuseries Tiger King. That’s almost as many pages in the 257-page document hand-delivered by Eric Love to President Donald Trump, explaining why the Tiger King star should receive a presidential pardon.

After his wife forced him to watch Tiger King, Love set out to help free Exotic. Exotic is currently serving a twenty-two-year sentence for his conviction in the murder for hire plot to kill rival big cat park owner Carole Baskin. Love wrote to Exotic, explaining he could get him out of prison on a presidential pardon.

Love is a private investigator & philanthropist in Texas and is equally as eccentric as Exotic. He drives around in a convertible decked out in tiger print and bears the words “please pardon Joe Exotic,” and a photo of Trump & Exotic posing with a tiger.

The back of Eric Love’s car says, “Please Pardon Joe Exotic.” It has a picture of @realDonaldTrump and #JoeExotic. Love drove this today to pick up the briefcase with the document inside that he will deliver to @POTUS tomorrow. #TigerKing #carolebaskin #DonaldTrump #Trump pic.twitter.com/nkh84UdLOz

Love formed Team Tiger consisting of himself, his staff & attorneys, and Exotic’s power of attorneys. The team quickly got to work assembling the document for the president. Love would not disclose what is included in the document or how it proves Exotic’s innocence but explained, “everything that is true is written in red, just like the Bible.”

Before Love handed the document to the surrogate between him and President Trump, he handled it like precious cargo. Love explains, “When you think about precious cargo, it’s beyond precious. Because this is someone’s life, this is their freedom.” 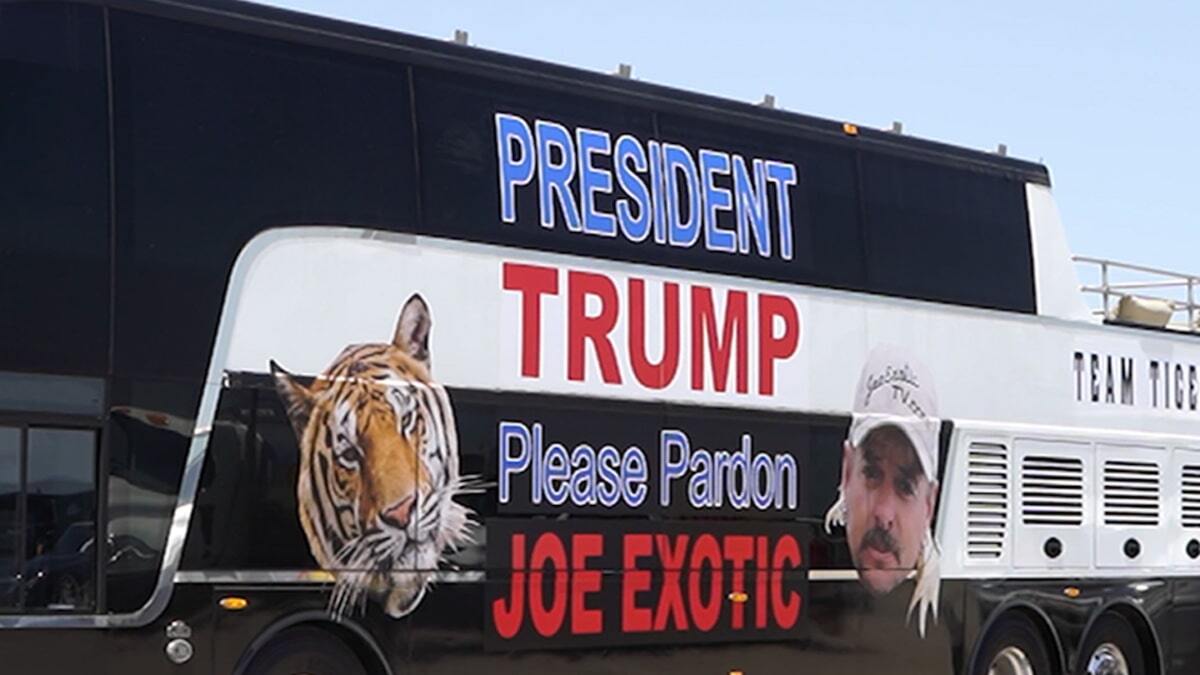 Following Exotic’s pardon, Love wants to get into criminal justice reform. According to Love’s son, Chase Love, his father does this all the time. Chase told Spectrum News San Antonio, “He and his wife Lisa run a nonprofit organization called Love Love, and they feed the homeless every weekend.”

Love couldn’t disclose his contact that delivered the 257-document to Trump for his consideration for a Pardon for Exotic. In an interview with Spectrum News Dallas Fort Worth, Love claimed “[the document] will prove [Exotic’s] innocence. And we look forward to the president taking the time to hear us.”

Exotic is currently held at The Federal Medical Center in Fort Worth. Exotic is appreciative of Love and his team’s involvement in his pardon. Exotic wrote back to Love stating, “Eric, I desperately need your help.” There is no word on when Love & the Tiger Team expect to see a pardon for Exotic. Trump might not be the one to grant the pardon if he does not win the re-election in Nov.