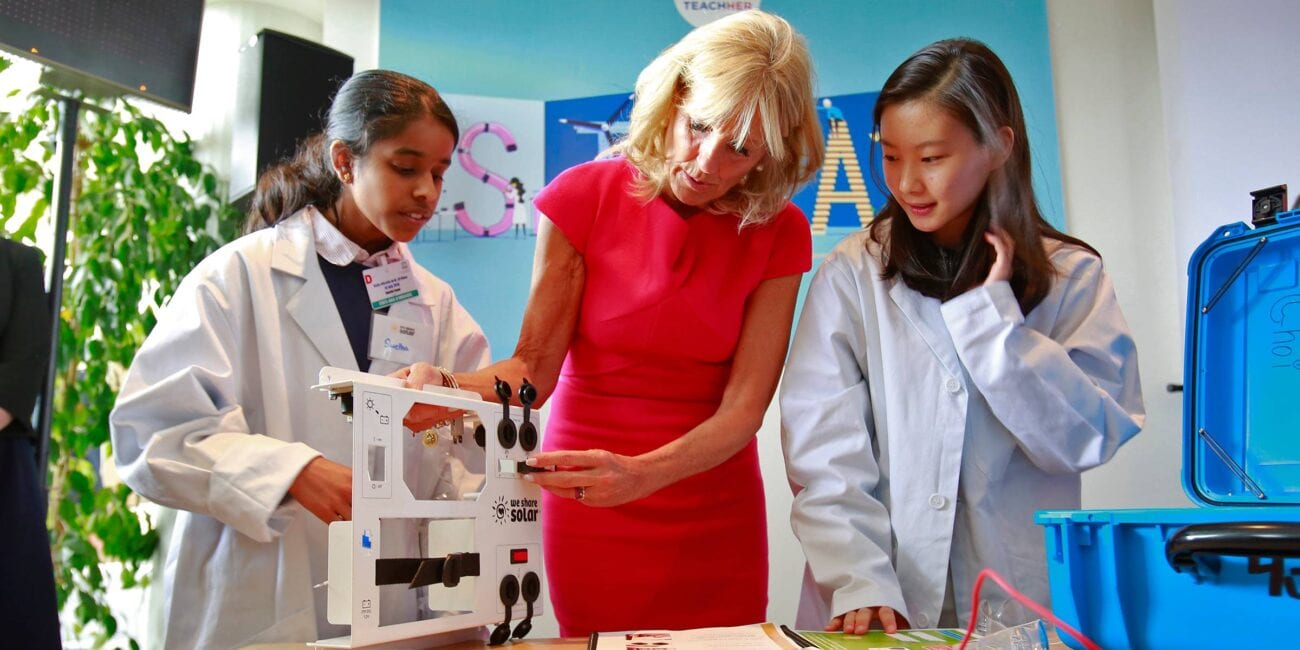 What’s it like in Dr. Jill Biden’s class? Thoughts from her former students

While most modern first ladies put their careers on hold while their husbands are in office, Jill Biden announced Tuesday she plans on keeping her day job as an English professor at Northern Virginia Community College. Should her husband Joe Biden be inaugurated come January, her decision will make her the first First Lady to work outside The White House during her tenure.

But what would it be like to be taught by someone in the most powerful family in the world? Like most everything & everyone, Jill Biden’s career has been rated on the internet. The website RateMyProfessor.com, a resource where students can look up future or potential professors and get a sense for how the teacher operates, has a whole record of Dr. Biden’s educational career.

With an overall score of 3.9 out of 5, Dr. Biden’s fame & power is certainly not keeping students from being honest about their former professor. 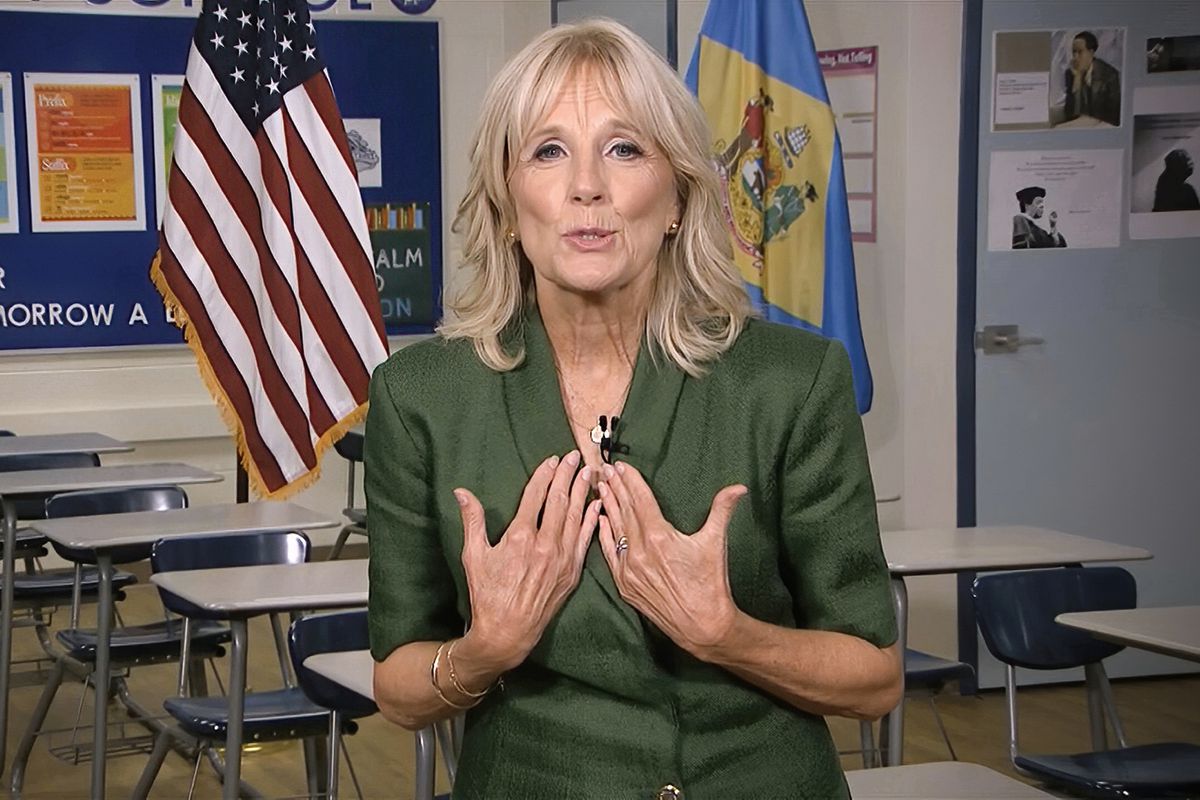 While she may become the First Lady, Jill Biden was an educator first. She has worked in almost every single teaching role you can think of. From substitute teacher, high school English teacher, reading specialist, to a teacher in an adolescent psychiatric hospital, she’s seemingly done it all.

Working mostly in public schools in Delaware, Jill Biden made it clear that she would continue her own career despite her husband’s political aspirations. When Joe first ran for President in 1987, she made it clear she’d continue her job of teaching emotionally disabled children – even if she became First Lady. 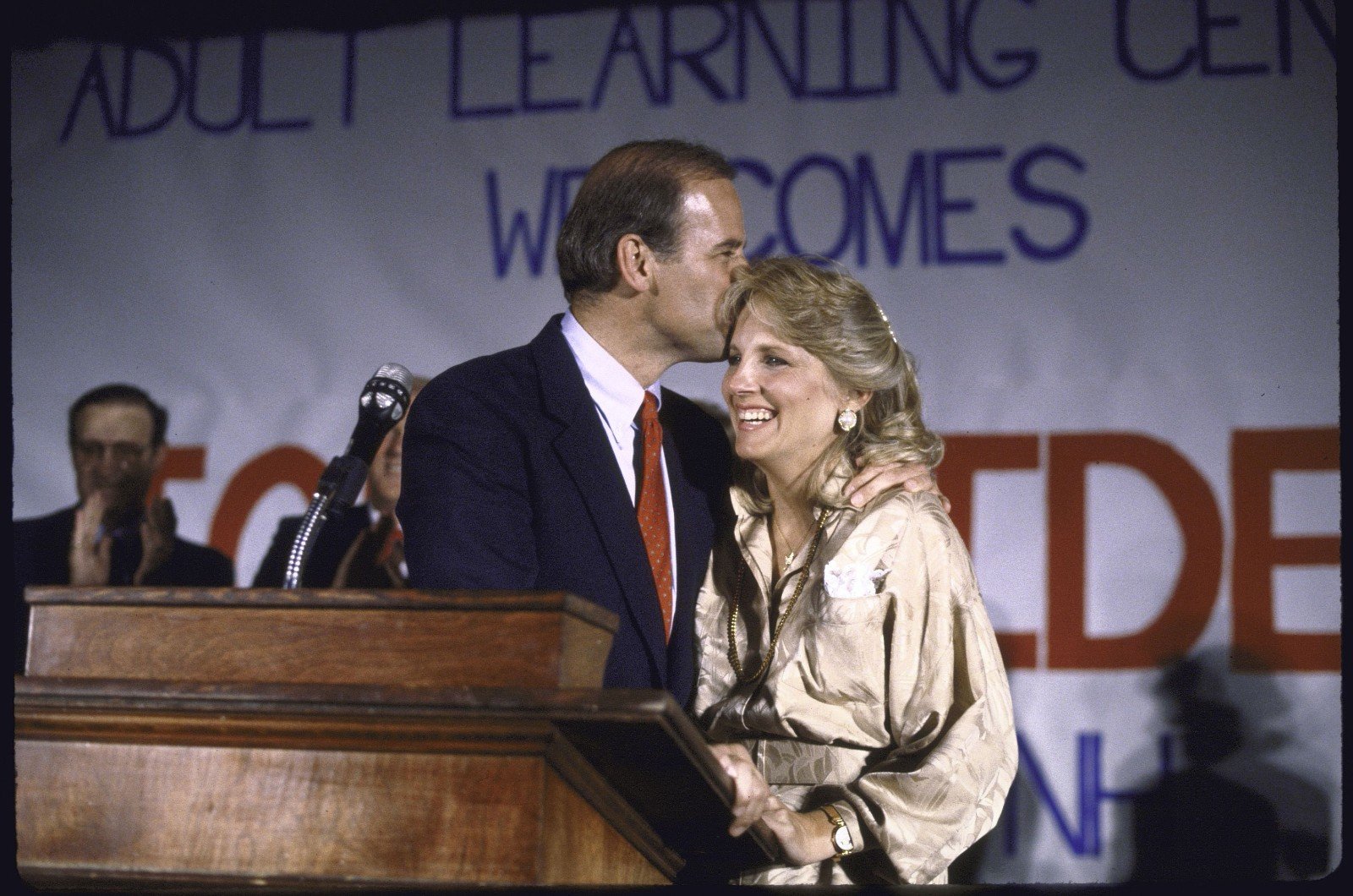 In 1993, Jill Biden moved on to postsecondary education and taught English composition & remedial writing at Delaware Technical & Community College. She told the Washington Post in 2008 that she liked working with the community college population. “It just feels really comfortable to me. I love the women who are coming back to school and getting their degrees, because they are so focused.”

Jill Biden earned her doctorate a year before her husband was elected Vice President in 2008. Once becoming the Second Lady, she again taught English at a community college. She worked at Northern Virginia Community College the entirety of her husband’s terms as Vice President, from 2009 to 2017. Most of the ratings on her ratemyprofessors site come from those students.

“Be ready to grind to pass the class,” one post reads. Many comments mention the former second lady’s high grade standards. “There’s no rubric for most of her work. To pass her class you have to keep up, you can not slack off!” Apparently, she holds herself to the same standard. Both former First Lady Michelle Obama and Late Night host Seth Meyers have mentioned Jill’s tendency to grade papers between her official duties.

Overall, students gave Dr. Biden a 3.4 out of 5 for difficulty and mentioned attendance is mandatory. Writing seems to take precedent in her class over reading. “Take her if you actually want to learn how to write!” a post from Jan. 2016 reads. “Dr. Jill Biden is an outstanding professor. Her approach helps students to become excellent writers and develop organizational skills,” another post from 2018 points out. 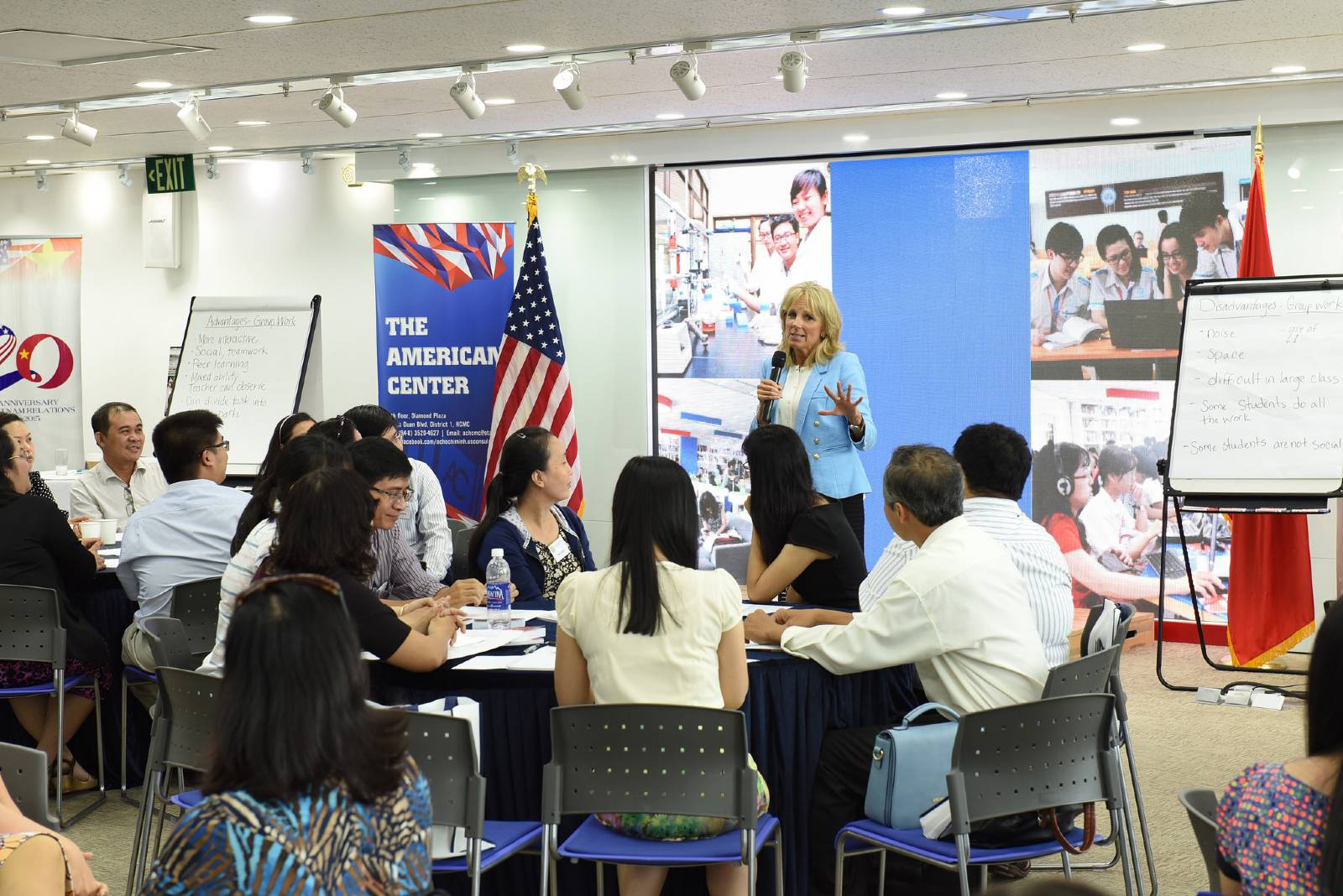 Many students noted Dr. Biden’s emotional investment in her students. “Caring” and “respected” pop up alot in her reviews. “With all she has going on, she made time to stay after class to assist with anything we needed help with,” one student wrote.

However, Dr. Biden isn’t without criticism. One student described some of their interactions with Biden as “harsh.” Another said they found her unmotivating. “She isn’t clear on what she wants and she is such a tough grader. I didn’t know my grade until the end of the semester. So many essays and for those beginners – do not take.” 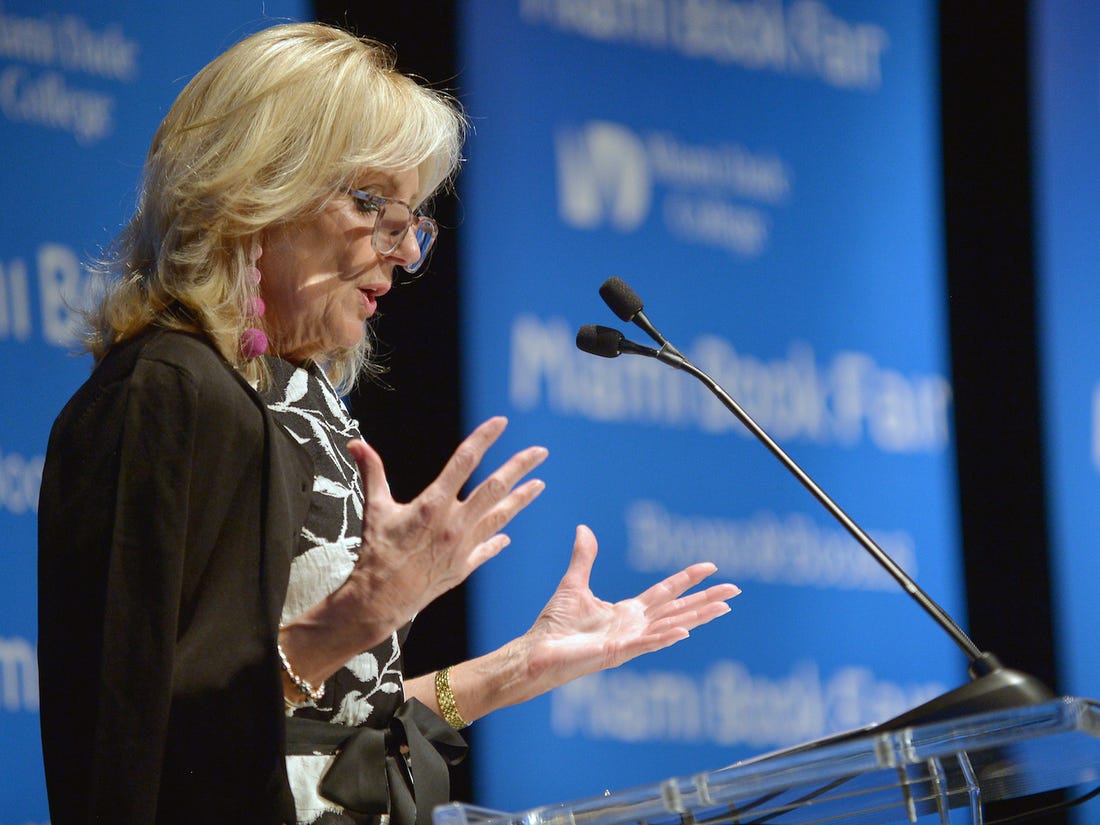 Overall, students seem to generally like learning from Dr. Biden. However, only 54% of her former students would take her class again, noting she is a “tough grader” and “gives lots of homework”. Getting an A is tough, one student noting its “nearly impossible.”

However, one poster pointed out the dedication she has for her career. “I mean, who – in her position – would continue here with all that’s going on in her family’s very public life? But in the classroom she’s simply Dr. Biden.”

No word exactly where she’ll teach come January, though some speculate she may continue at Northern Virginia Community College. One promise Joe Biden made during his campaign was to make community college tuition free to help make college more accessible. 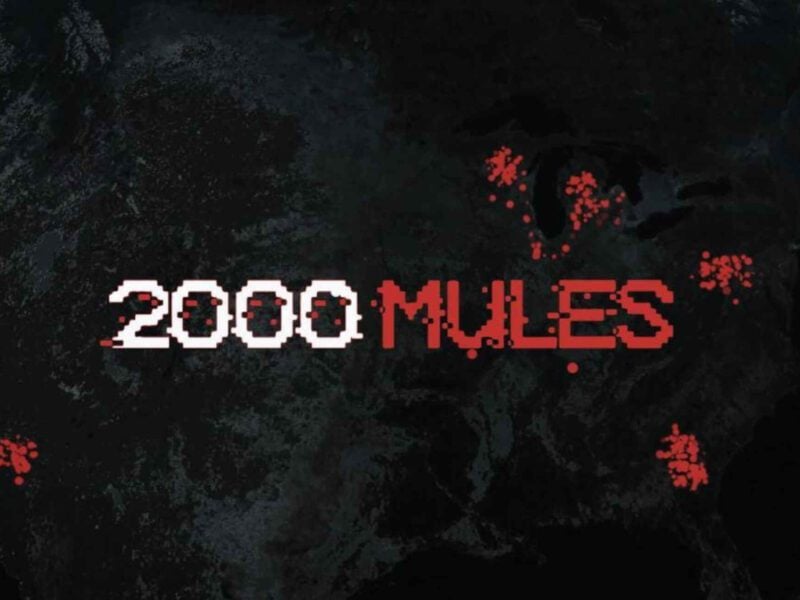