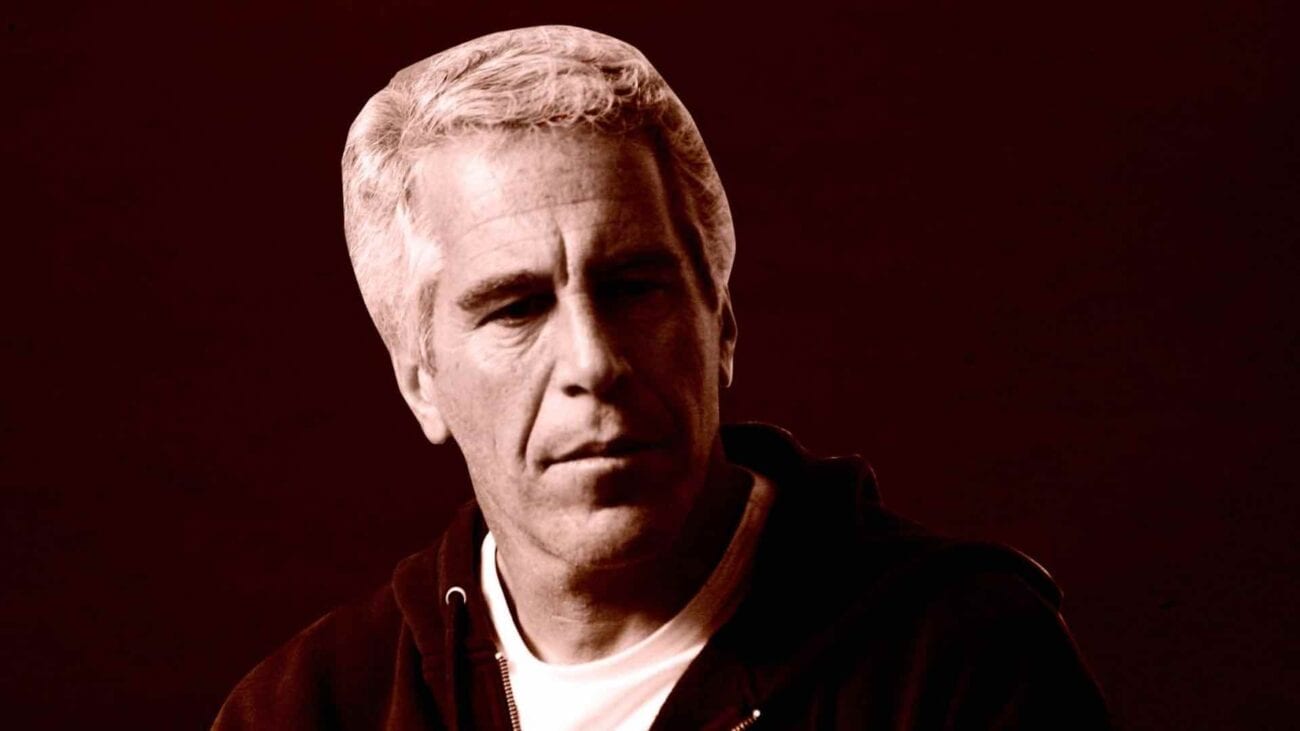 We all know the stories about Jeffrey Epstein’s “Pedophile Island” by now which paint the Caribbean paradise as a den of debauchery. However, Epstein had more than one lush mansion to call home and his Manhattan townhouse just adds to the creepy & disturbing legacy left by Epstein.

On July 8, 2019, Epstein’s townhouse, located at East 71st Street on the Upper East Side, was raided by the police. From the police raid and statements from people who visited Epstein before he died, we’ve been able to piece together a picture of what the interior of the house looked like – and it’s pretty bizarre. Here are all the crazy details about Jeffrey Epstein’s Manhattan townhouse. 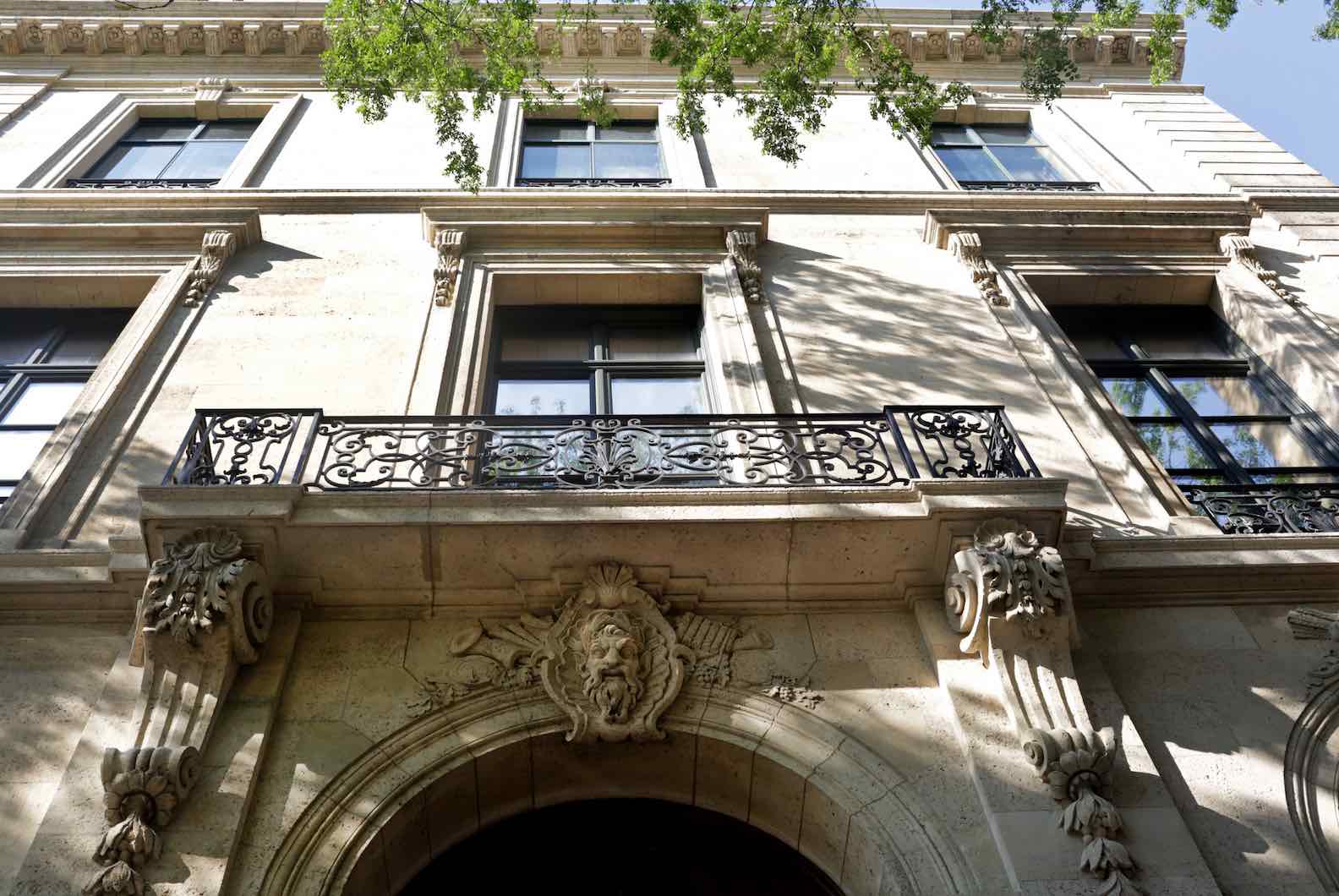 Epstein’s luxurious townhouse was first designed by architect Horace Trambauer for Herbert N. Straus, heir to the Macy’s department store fortune. Construction began in 1930 and the townhouse was built fifty feet wide, seven stories up, and with forty rooms in total. However, Straus never got to live in the mansion as he dropped dead from a heart , and the house was left unfinished until 1944.

The townhouse was then gifted to the Archbishop of New York by Straus’s sons and was used as a convalescent home for soldiers returning from the war. In 1962 the building was used as a school and then in 1989, it was purchased by Les Wexner, Epstein’s former mentor, for $13.2 million. For unknown reasons, Wexner gifted Epstein the house around 1996, the title transferred to Epstein for the cost of $0. 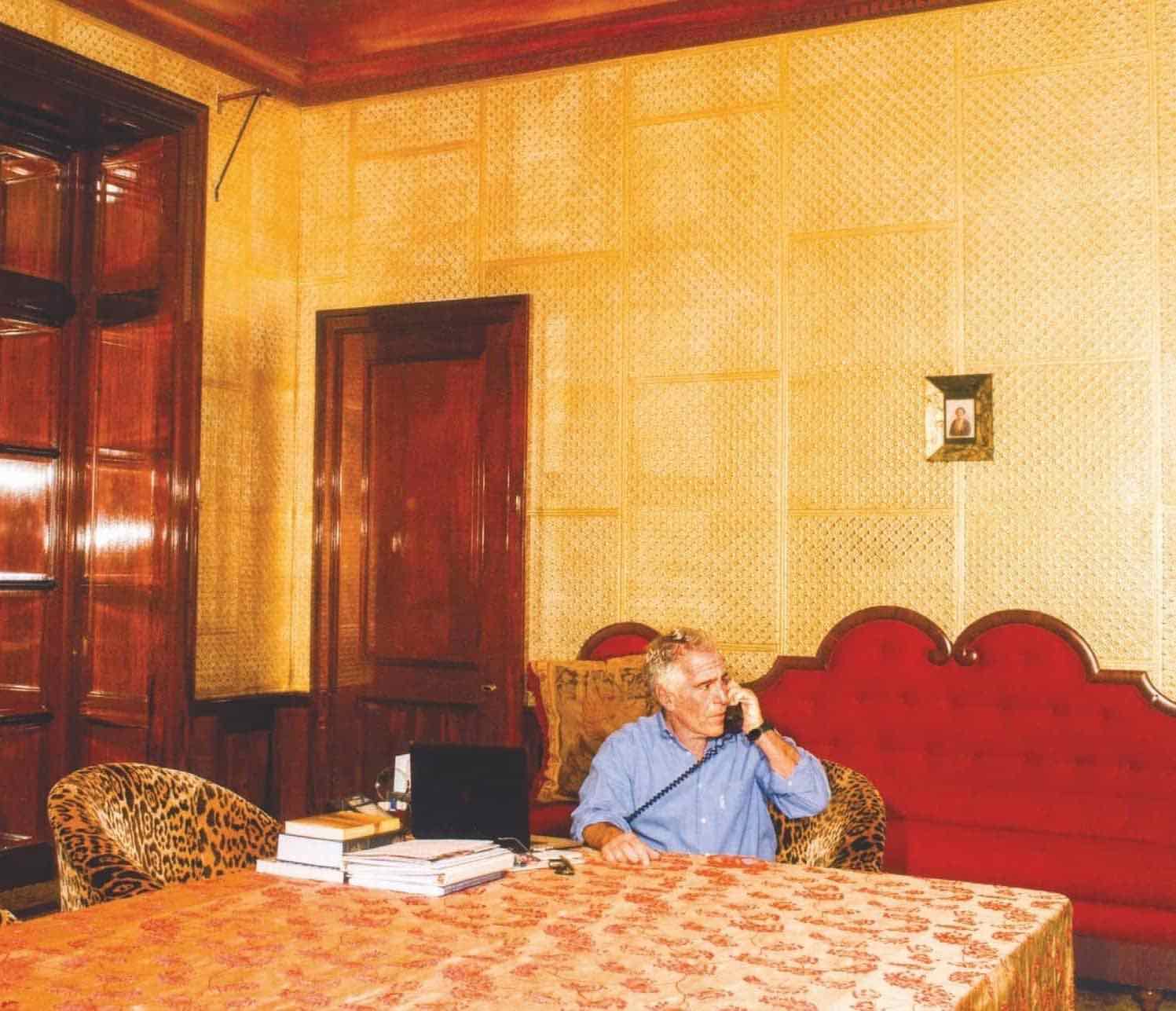 While Wexner filled his newly renovated townhouse with expensive artwork & tasteful furniture when it was in his possession, Epstein decorated a little differently and the multi-millionaire had a penchant for eccentric artwork.

Upon entering the townhouse, visitors were greeted by an entrance hall decorated rows upon rows of Vanity Fair described in a 2003 piece, “individually framed eyeballs . . . imported from England.” Epstein’s study was dedicated to pictures of famous people and one could see images of Bill Clinton, Woody Allen, and Prince Mohammed bin Salman line the walls.

The townhouse also boasted a life-sized female doll hanging from a chandelier and more life-sized features that include a disturbing chessboard with pieces modeled after Epstein’s staff and dressed provocatively. Epstein apparently enjoyed taxidermy as well since he decorated his rooms with a giant stuffed tiger & a poodle. 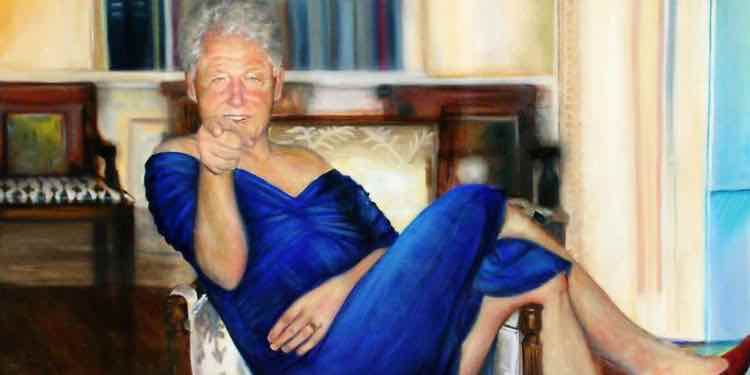 Epstein enjoyed displaying artwork in his townhouse and had a few striking pieces, one of which was a portrait of Bill Clinton wearing a blue dress. One visitor reported seeing a painting of a woman behind Epstein’s desk. In the painting, known as “Femme Fatale”, painted by the artist Kees van Dongen, the woman is cupping her left exposed breast.

Epstein also commissioned a mural when he was released from an eighteen-month jail sentence (of which he served thirteen months). The mural was a photorealistic depiction of a prison yard scene complete with barbed wire & corrections officers with a depiction of Epstein in the center. Epstein told the Times the purpose of the mural was as a reminder because, “there is always the possibility that could be me again.” 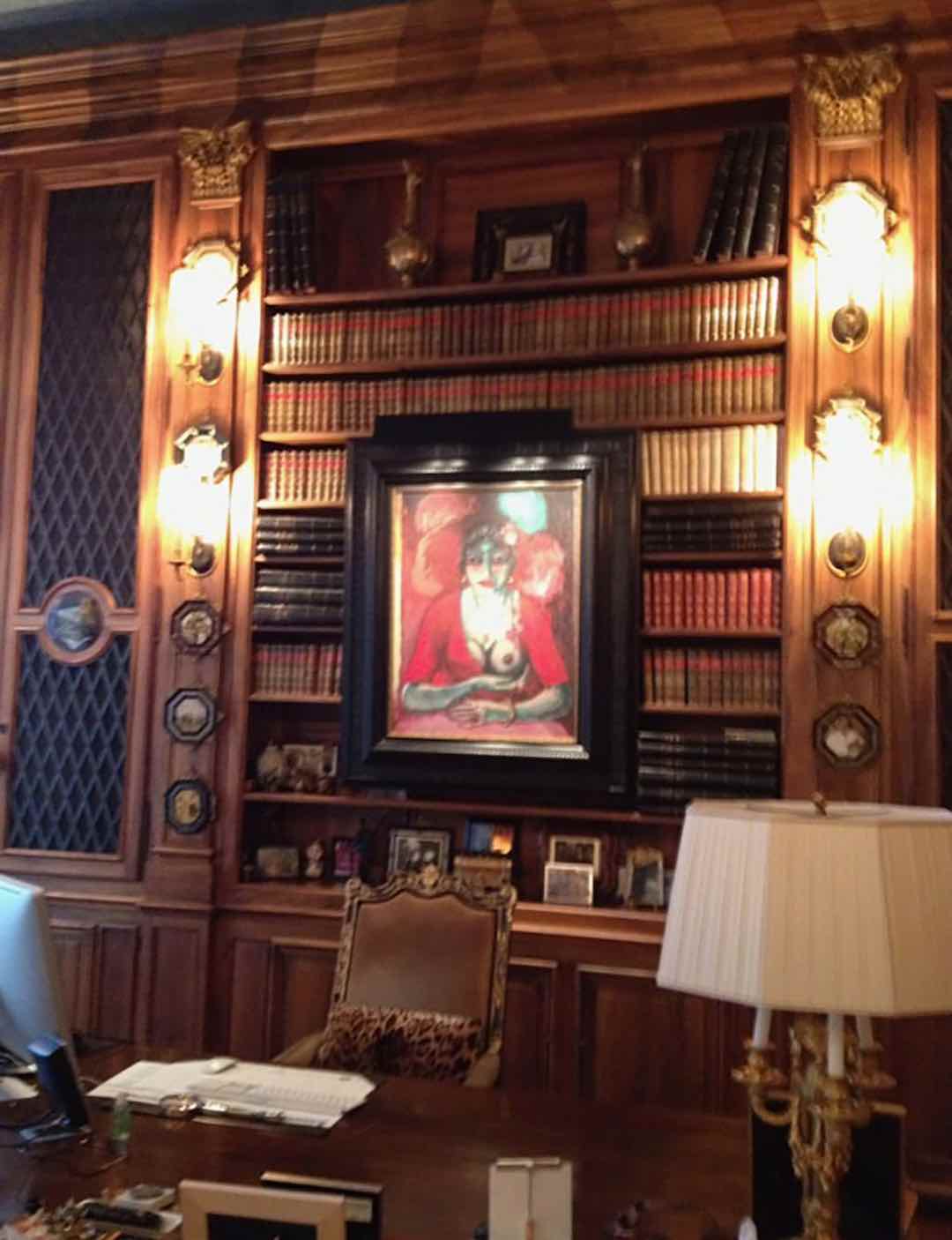 When the police raided Epstein’s house in 2019 they discovered thousands of sexually suggestive photographs featuring nude or partially nude women in a filing cabinet. The police also found that the house had a room with a massage table where sex toys & lubricant was kept also.

Now that the $77 million townhouse is left vacant people are wondering what its fate might be. It seems unlikely that anyone would want to live in a place with such a dark past. There are talks of an art museum known as the Frick Collection, who resides across the street from the townhouse, using the building as a museum for its art. Not a bad change considering the horrors the house has previously seen.