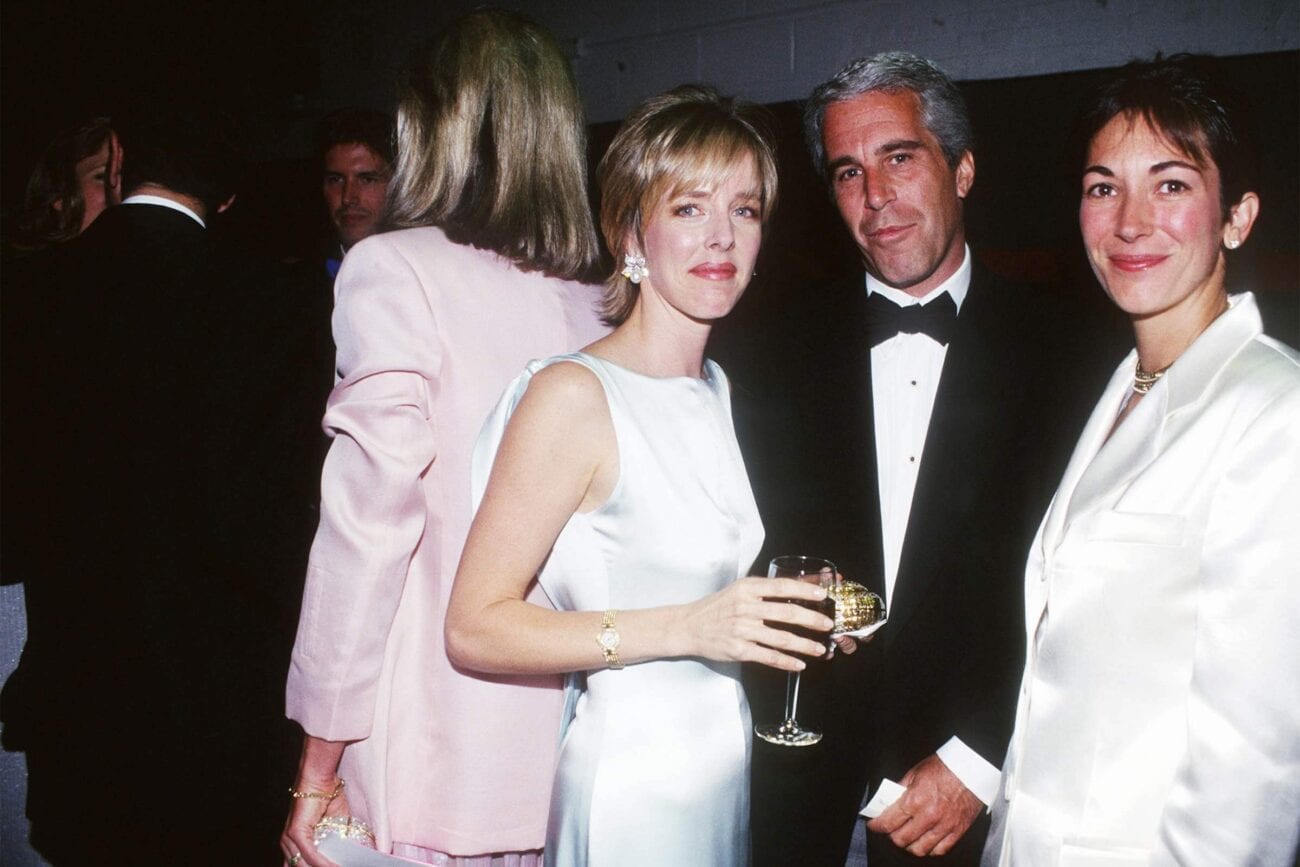 Too soon? These dark AF Jeffrey Epstein memes will make you laugh

It’s coming up on a year since Jeffrey Epstein’s alleged suicide in his Metropolitan Correctional Center jail cell. Before his death, Epstein was already a disgraced figure, known for the sex trafficking ring on his private island also known as “Pedophile Island”.

Immediately after his death, the public began questioning the idea that Epstein killed himself. After all there were many high-status figures like Bill Clinton, Prince Andrew, and Donald Trump that were cozy with Epstein and presumably his little black book.

Now immortalized forever in meme history is the refusal to acknowledge that Jeffrey Epstein killed himself and we honor the tireless truth-seeking of these Epstein memes. 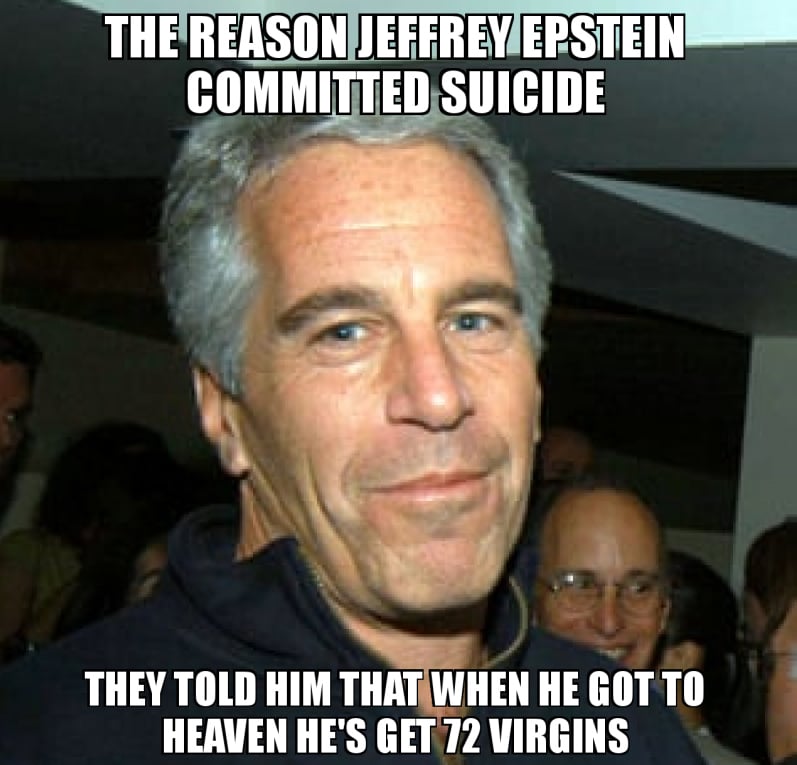 Too good to pass up

Someone should have told Epstein this years ago. 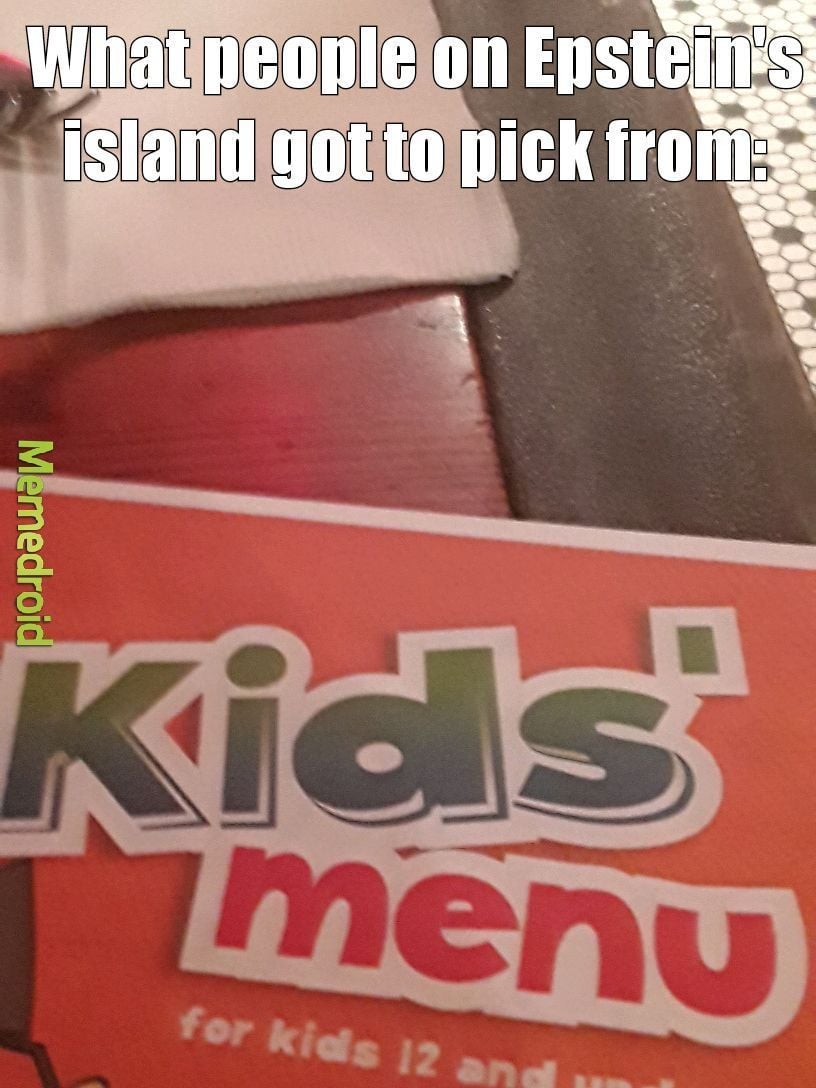 Crayons for the table

Not a great sign when a bachelor on a private island orders steady supply of chicken nuggets. 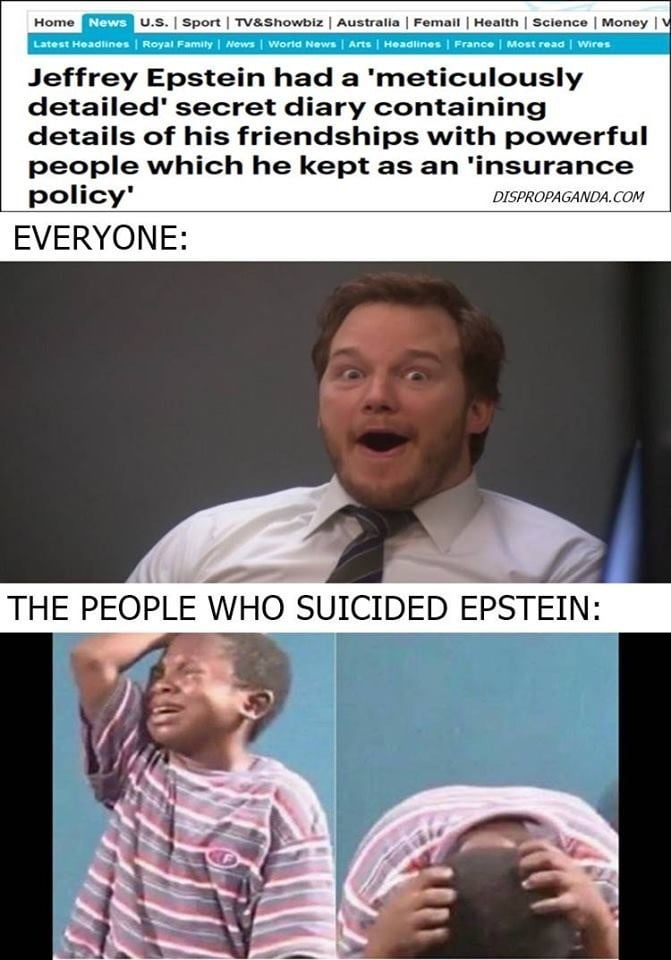 And they would have gotten away with it, if it wasn’t for Jeffrey and his meticulous journaling! 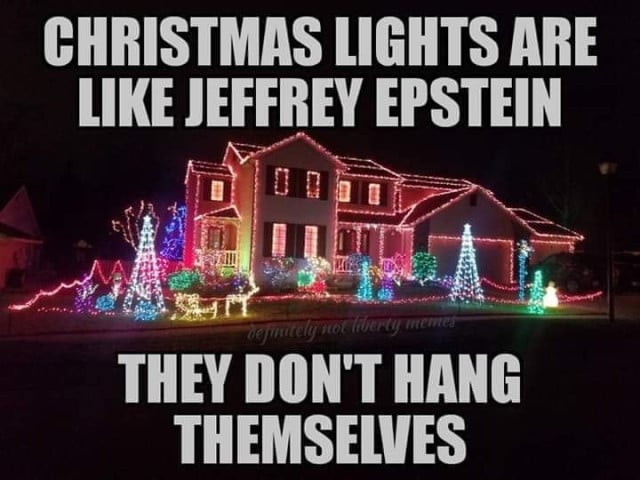 Can’t argue with that logic

“In this Christmas special, kids, we’ll explain why Jeffrey Epstein didn’t kill himself.” 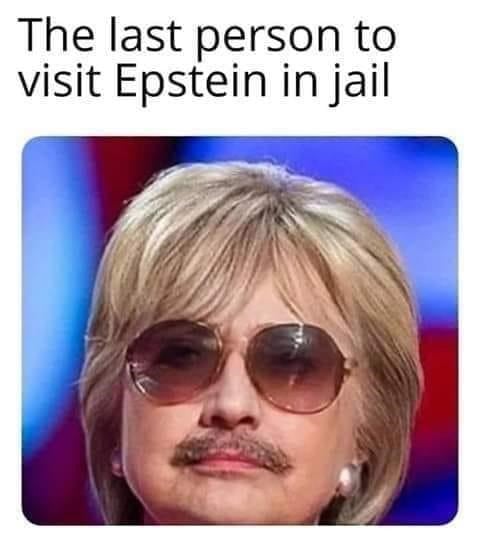 You know Hilary was on Jeffrey Epstein’s island too, we just could never recognize her with the mustache. 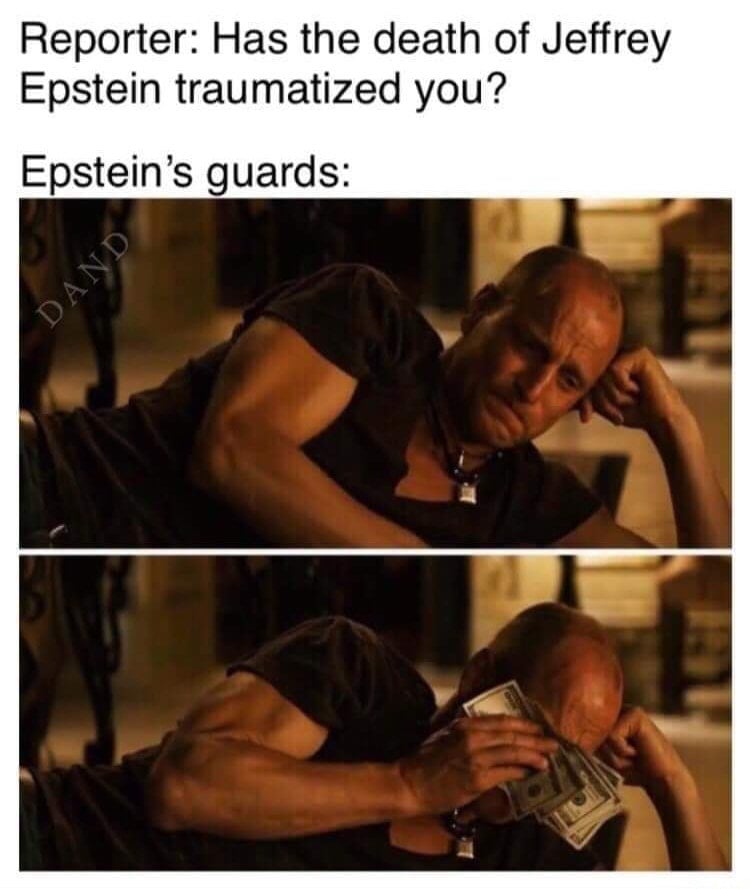 When you’re tears of joy come in handy for some light manipulation. 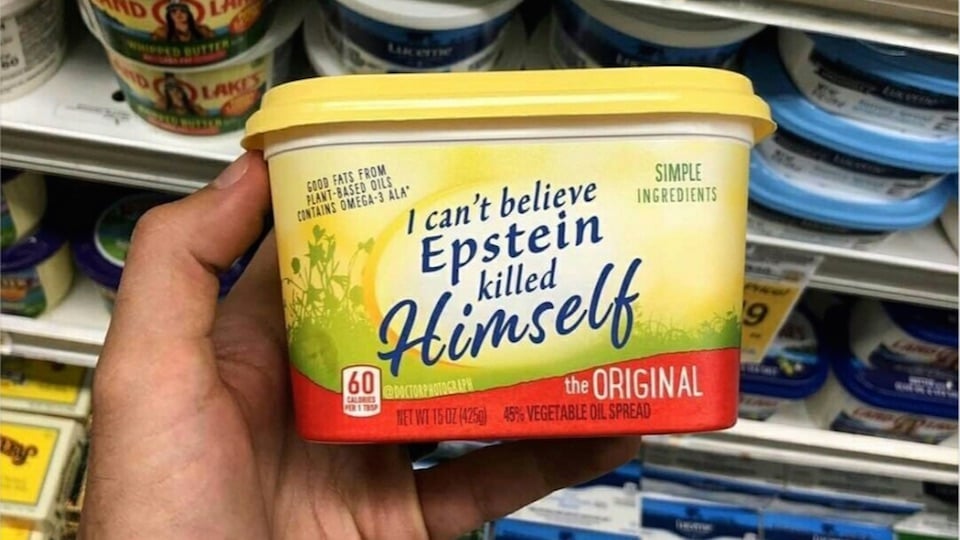 Why aren’t we funding this?

Simple ingredients include: sex trafficking, the Clintons, and millions in cash. 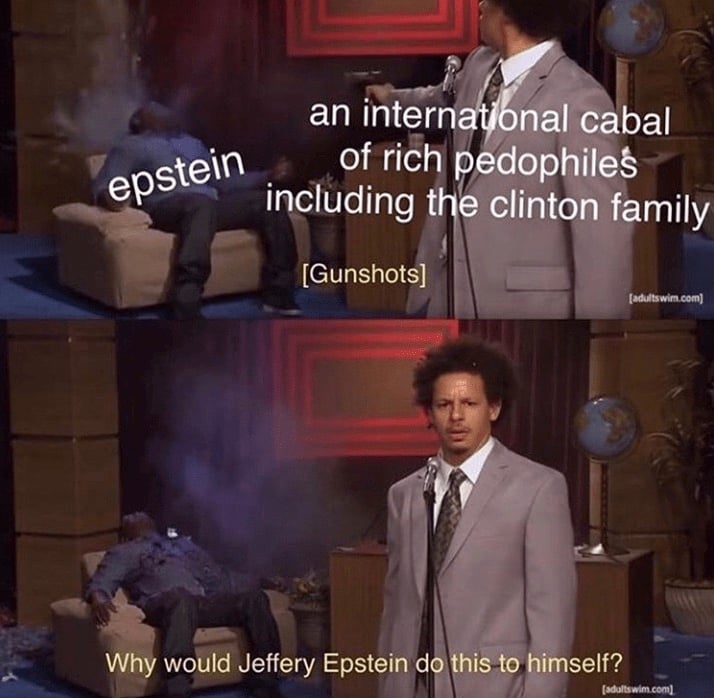 The only flaw in their plan was when underestimated the obnoxious power of memes.