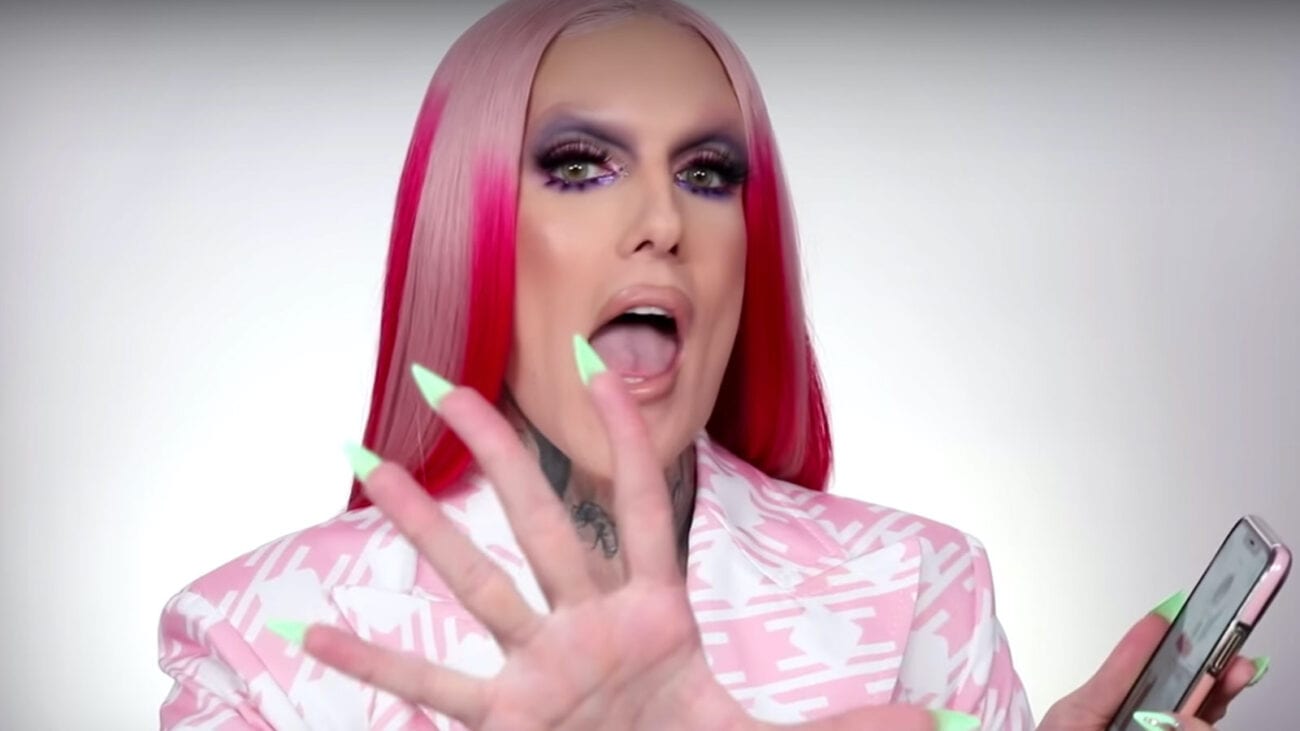 Jeffree Star is back on YouTube: Epic burns responding to his “apology”

After being silent for almost a month, Jeffree Star is back on YouTube: he uploaded a video on July 18th addressing his recent drama. The beauty community of YouTube has been stricken by a series of major scandals that ended up involving a lot of famous YouTubers.

“Dramageddon” has involved a lot of people, a lot of (disappointing) apology videos, and too many “he said, she said” statements to count. Let’s start by exploring some of what brought us to Star’s video. 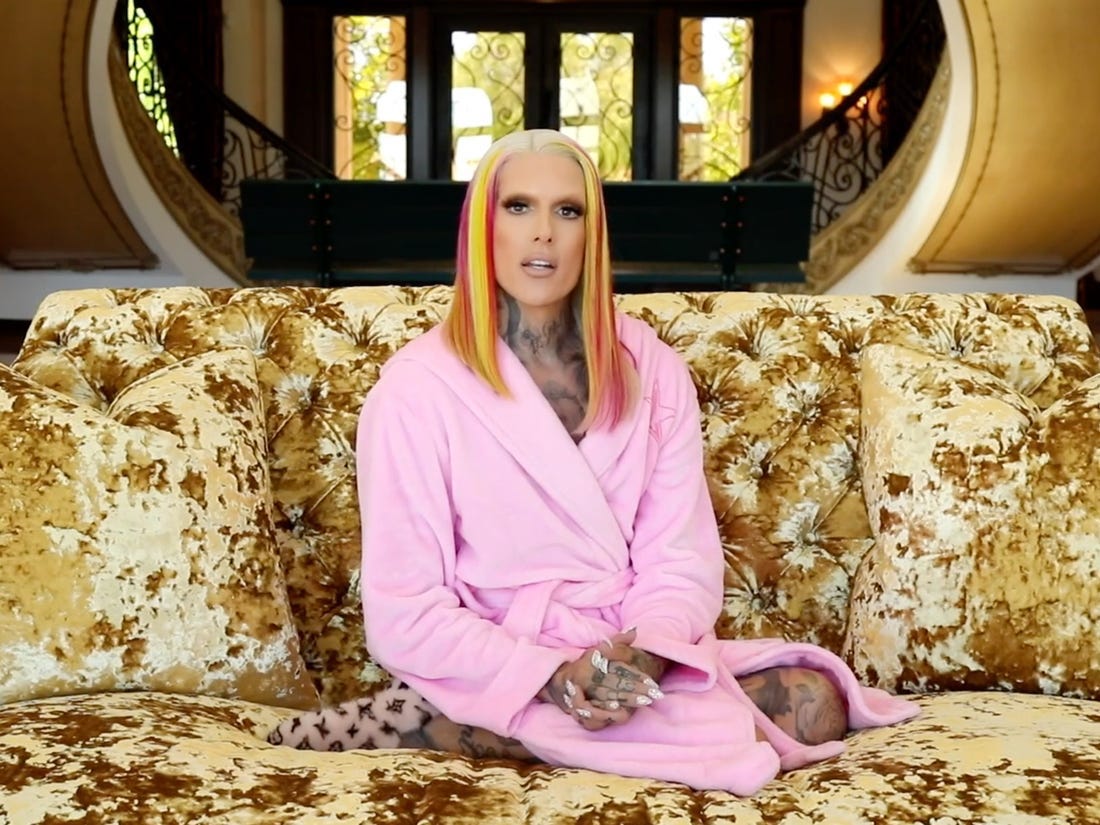 In 2019, Tati Westbrook uploaded a video titled “Bye sister” in which she accuses James Charles of using his fame and money to prey on straight boys. This accusation was later backed up by Jeffree Star.

Charles suffered backlash from these accusations and lost several followers on his channel, but eventually came back and defended himself. However, Jeffree Star has managed to remain one of the central characters during this debacle. 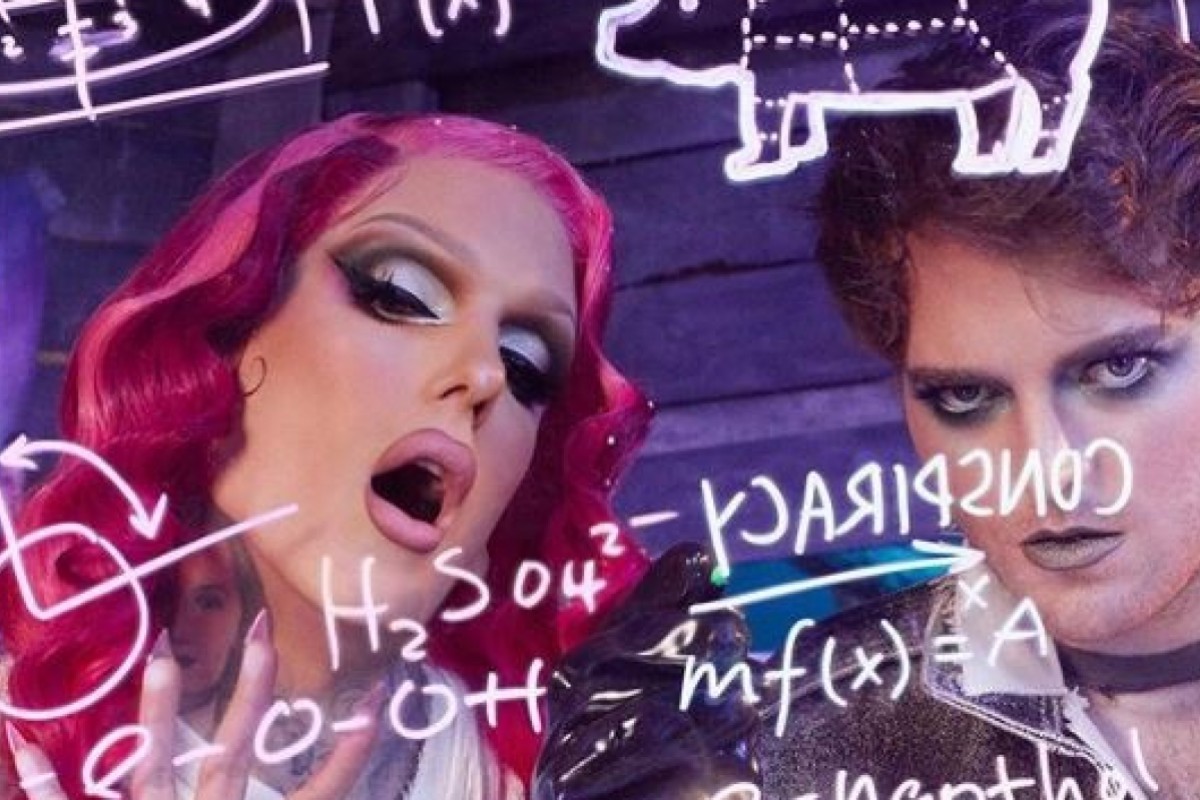 One of the biggest reasons fans have reacted negatively to Jeffree Star is his friendship with YouTuber Shane Dawson. Dawson has been known for uploading problematic content that includes racist, zoophilic, and pedophilic “jokes”. He has been the main subject of Dramageddon for the past weeks; Jeffree Star was suspiciously quiet until now.

Jeffree Star finally uploaded a video titled “Doing What’s Right” in which he apologizes to James Charles explicitly. Besides that, the video is a complete letdown. Most importantly, viewers have come to realize that Jeffree Star is a lot more toxic than originally thought.

Not only did Jeffree Star insert himself in the James Charles scandal, he has reportedly been accused of nasty behaviour including rape allegations and using Nazi imagery. He shouldn’t be the one pointing fingers when he hasn’t addressed any of these incidents.

Listen, Jeffree Star has been a shady, backstabbing venomous asshole since DAY 1. He is the same person he was the day I met him and well before that. The only difference is NOW he has $$$ and lawyers who coach him. Don’t believe his bullshit.

The way some people reacted after Star’s “apology” really hits the nail and it’s time to turn the spotlight on that. One of the best responses to the video came from MAL LEVY (@Mallevy_), who called B.S. on Jeffree Star, suggesting Jeffree is a hypocrite for claiming to be concerned about the BLM / Trans Lives movements and not donating to the cause.

Many looked down on Jeffree Star’s commercial at the end of the video. Right after directing the discussion to BLM / Trans Lives, Jeffree announced his new cosmetic collection, throwing the genuineness of his apology into question. 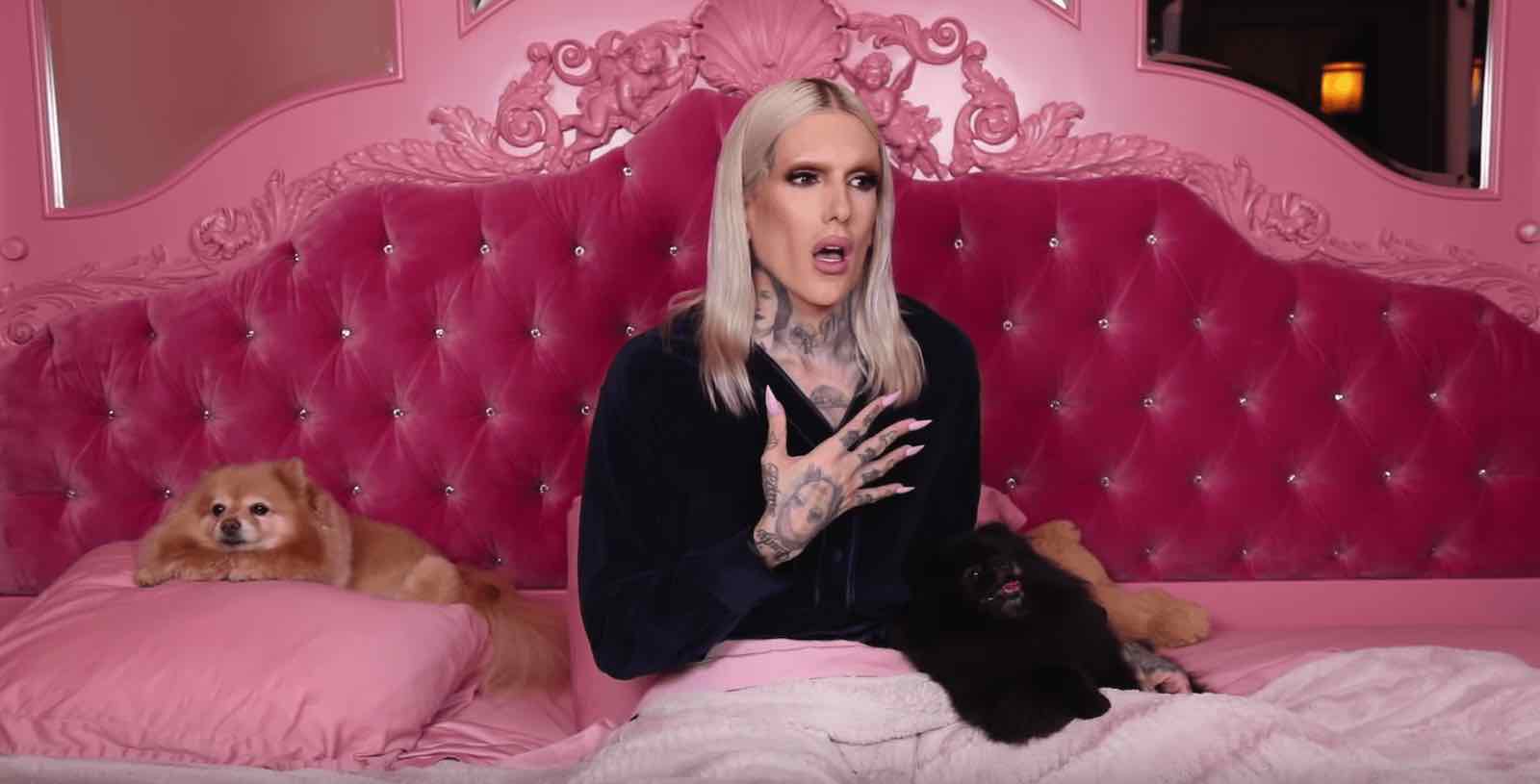 Since Jeffree Star came back to YouTube, other YouTubers have addressed his video, most of them reacting negatively. YouTuber Angela Oles called Jeffree Star out, saying he doesn’t seem to be changing his problematic behavior. Angela referred to Jeffree’s 2019 video titled “Never Doing This Again” which, ironically, was also about the Dramageddon. 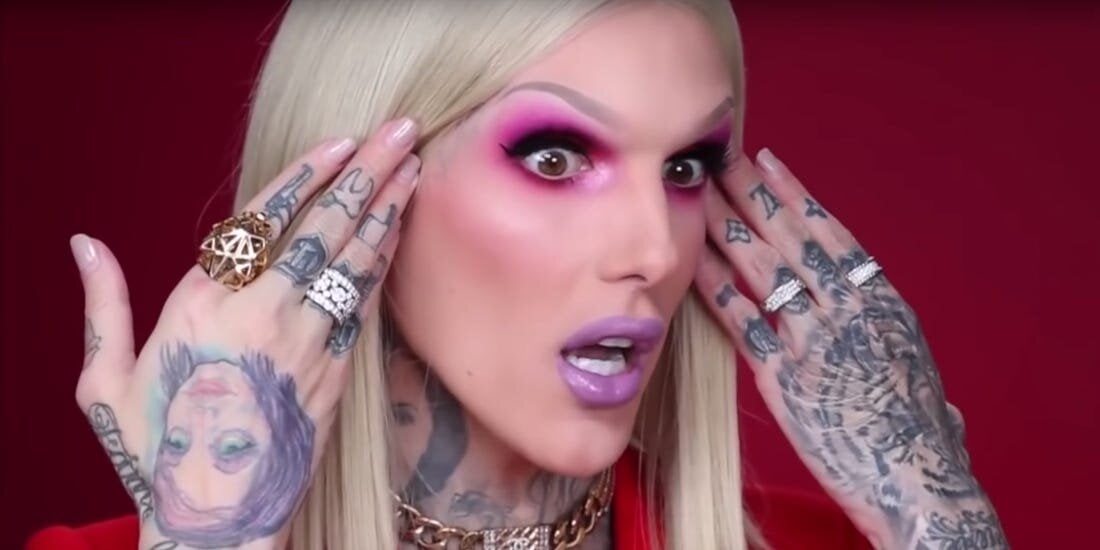 Was that even an apology?

Dr. Todd Grande also analyzed Jeffree Star’s video in his YouTube channel and makes some pretty good points, such as how Star framed the video in a way that focuses on a big sofa and a great entrance to a house – but then mentions how he didn’t have a lot of money growing up. This makes it seem like Jeffree Star is talking from a position of authority.

Another big problem in Star’s video is how he tries to change the focus from his horrible behavior to other bigger issues in wider society. Dr. Grande feels blaming the year 2020 is similar to a criminal thinking that they would get a lower sentence just for being arrested the same day a big serial killer is arrested. 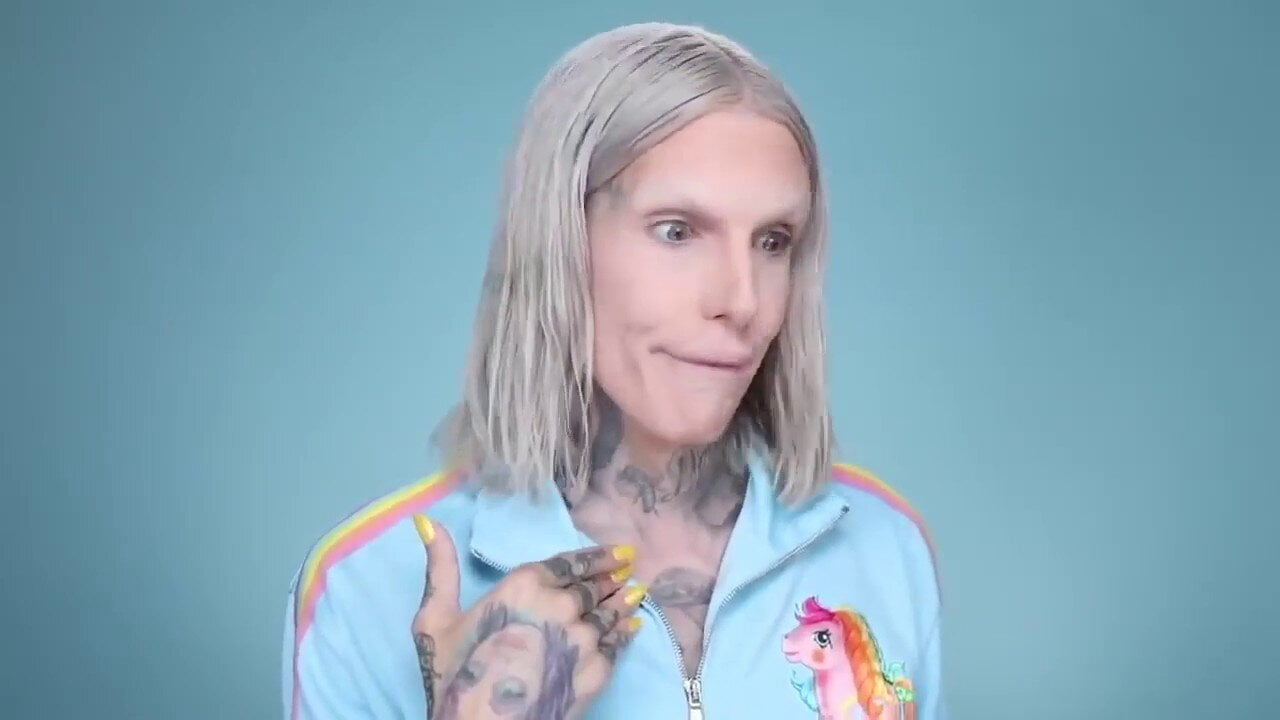 Dr. Grande also gave us one of the best lines in video analysis ever: “He also says he’s not a movie villain. I thought maybe he would follow up by saying ‘I’m a social media villain’ but he disappointed me there.” If that’s not a massive burn, we don’t know what is.

Despite all the drama, Jeffree Star continues to have a lot of supporters. Maybe these reactions will make Star’s followers reconsider.