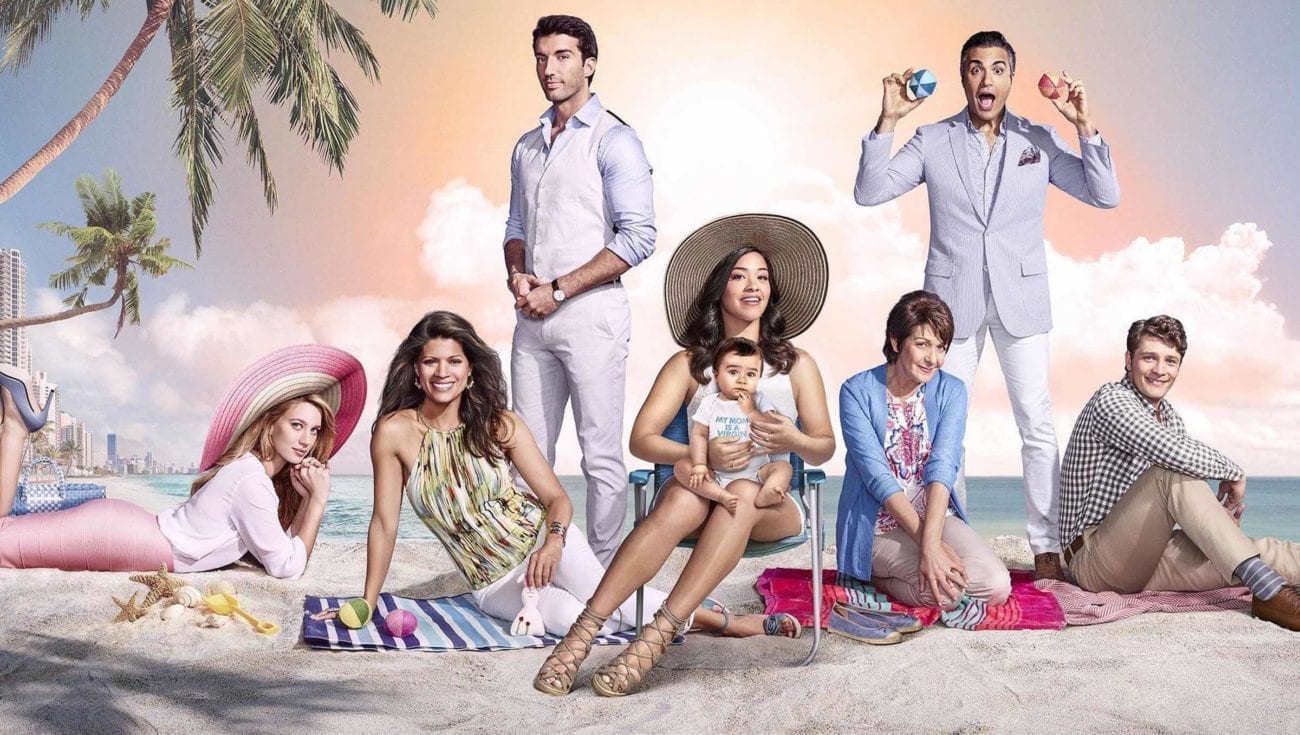 Where we can see the ‘Jane the Virgin’ cast next

Alas, all good things must come to an end, even if that good thing is an American telenovela that makes the unexpected expected. Jane the Virgin tied everything up in a little bow last night during its final episode, and we already miss the Villanueva family. Our fall schedule feels empty without Jane the Virgin.

When one door closes, another opens, as the saying goes. We lost our favorite TV family, but the actors have a bright future ahead of them. Jane the Virgin launched the cast in front of mainstream audiences, giving them the chance to make a name for themselves outside the wacky hijinks in Miami. 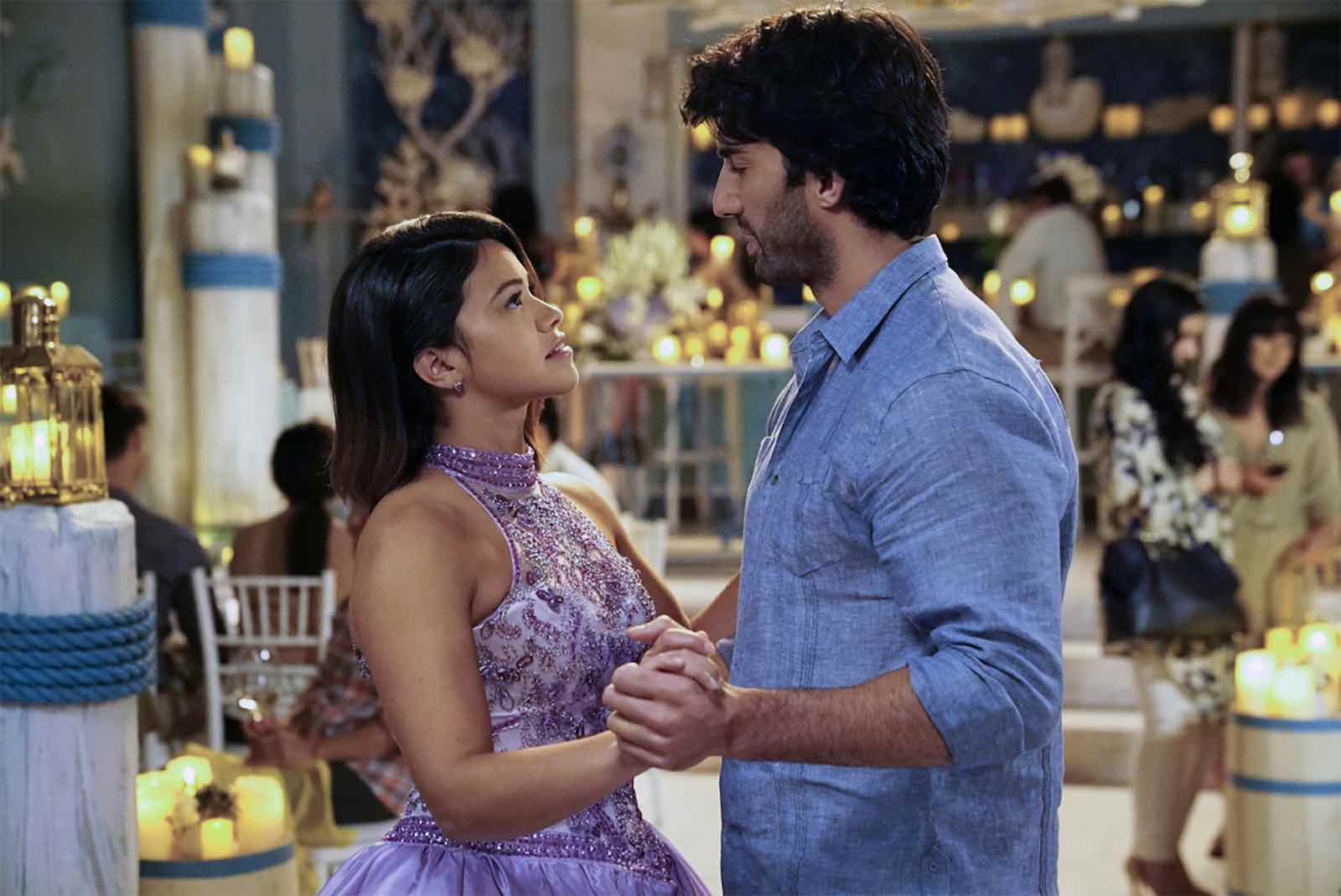 Just look at what the show did for Gina Rodriguez. She has a Golden Globe, took down Rob Gronkowski in a rap battle, got to lead her own action movie Miss Bala, and now gets to play Carmen freaking Sandiego (but more on that later). Now that the show is over, the possibilities for the cast are endless.

Many of the stars already have great projects lined up, while others are working hard in the philanthropy world. For those who need a little more of their favorite telenovela family in their lives, here’s where you can find your favorite soon. 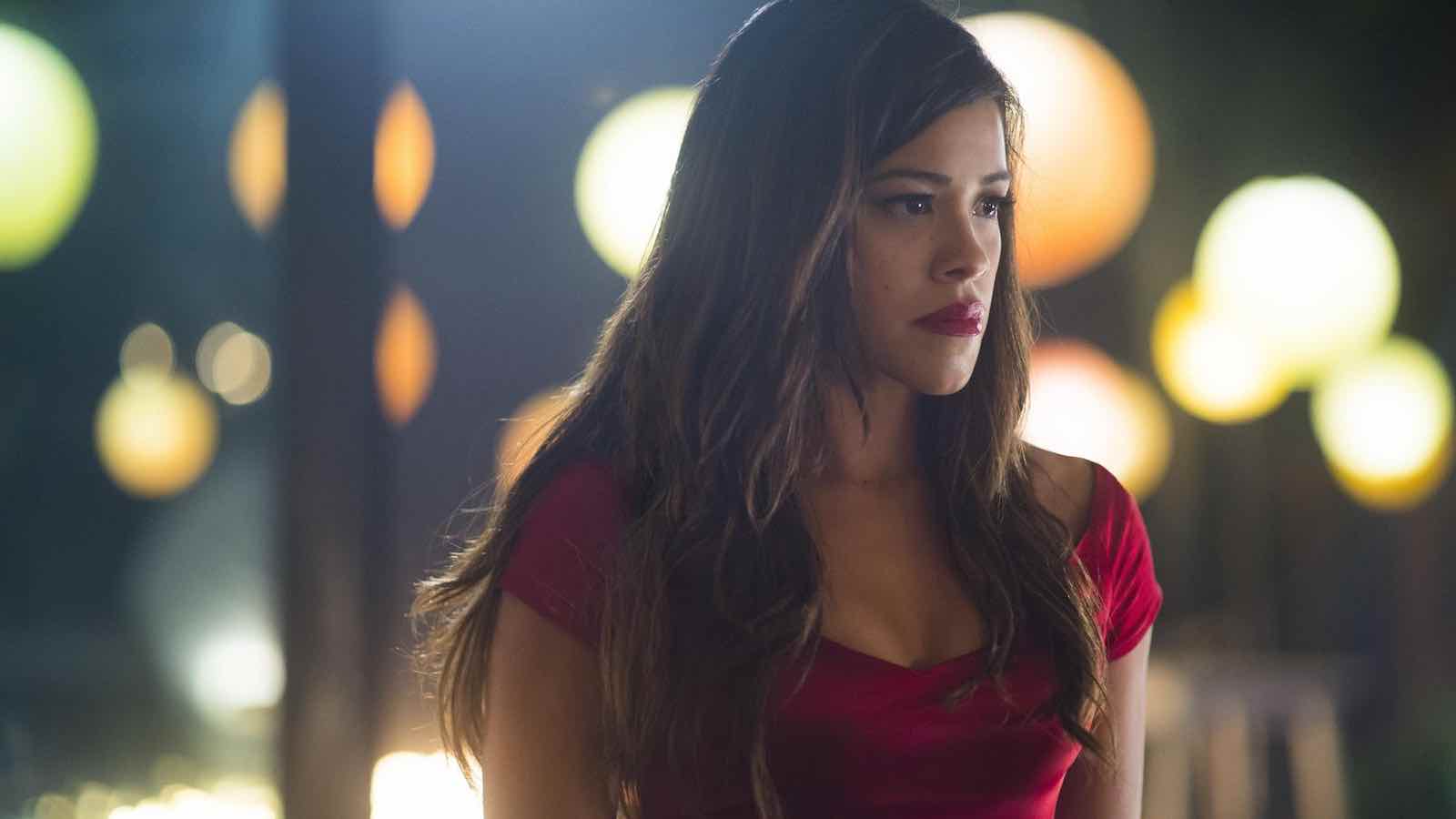 Even during Jane the Virgin’s time on air, it was hard to escape Rodriguez, as she seemed to get around. Now with more time in her schedule, Gina has three upcoming projects for fans to enjoy.

As mentioned, Rodriguez took on the titular role in Netflix’s Carmen Sandiego reboot, and will get the chance to star in a live-action version in the future. Little has been announced so far, so it’s unclear when filming will start on the project, but man do we wanna see Rodriguez rock that iconic red outfit. 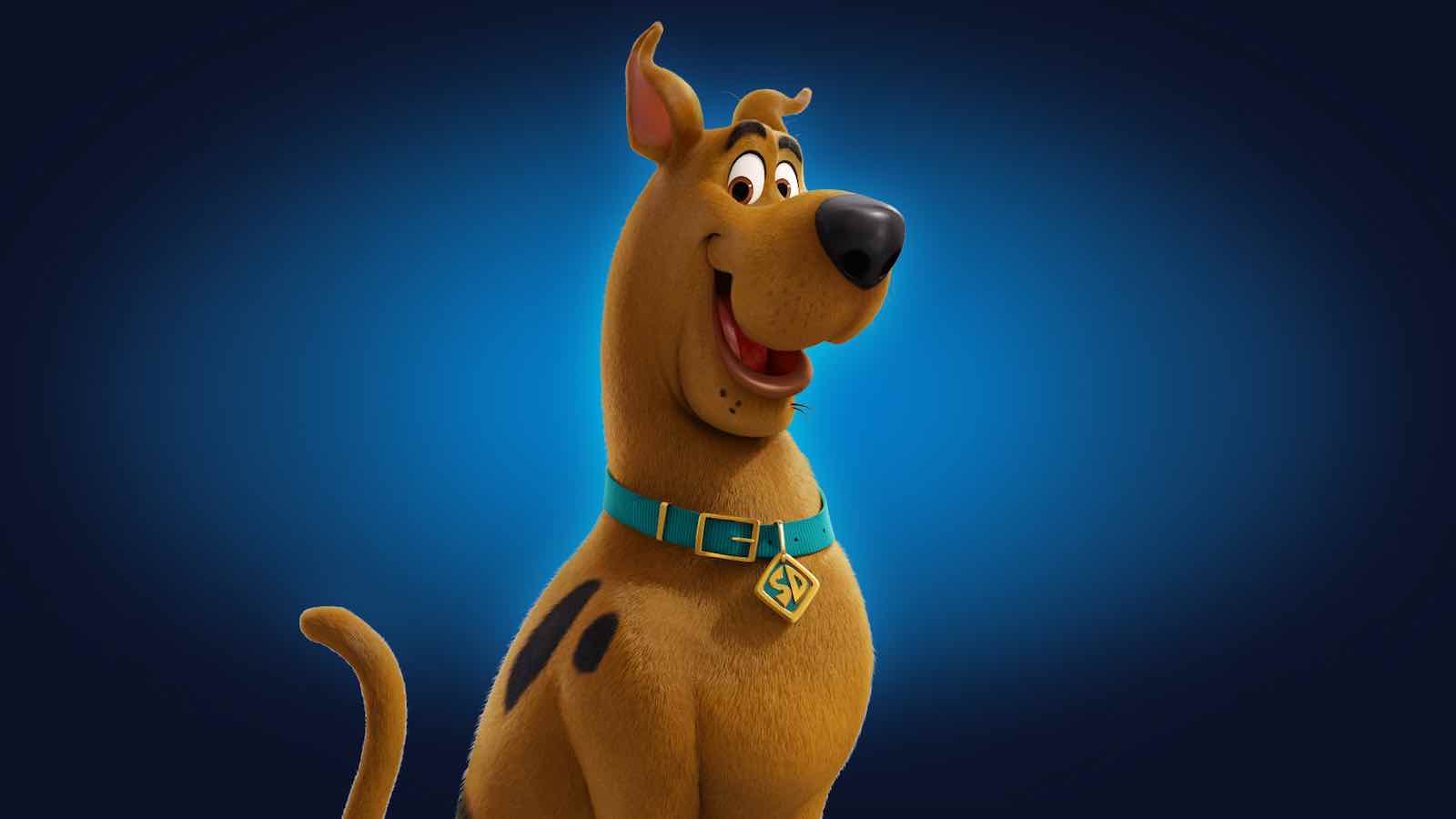 For those who love Rodriguez’s voice acting and some mystery, she’ll be taking on the iconic spectacles-wearing (and -losing) detective Velma in the 2020 animated reboot of Scooby Doo, Scoob. She’ll star along Zac Efron as Fred, Amanda Seyfriend as Daphne, Will Forte as Shaggy, and the voice of the Scoob himself since 2002, Frank Weller. Warner Bros. is slated to release the film May 15th, 2020.

If you’re interested in Rodriguez’s behind-the-scenes work, Disney+ has you covered. One of the what feels like thousands of straight-to-series shows ordered for the new streaming service is Diary of a Female President, which Rodriguez will executive produce. According to Variety, the show will focus on a 12-year-old Cuban-American girl as she survives middle school on a quest to become President of the United States. Rodriguez herself will recur on the show and direct the pilot episode. 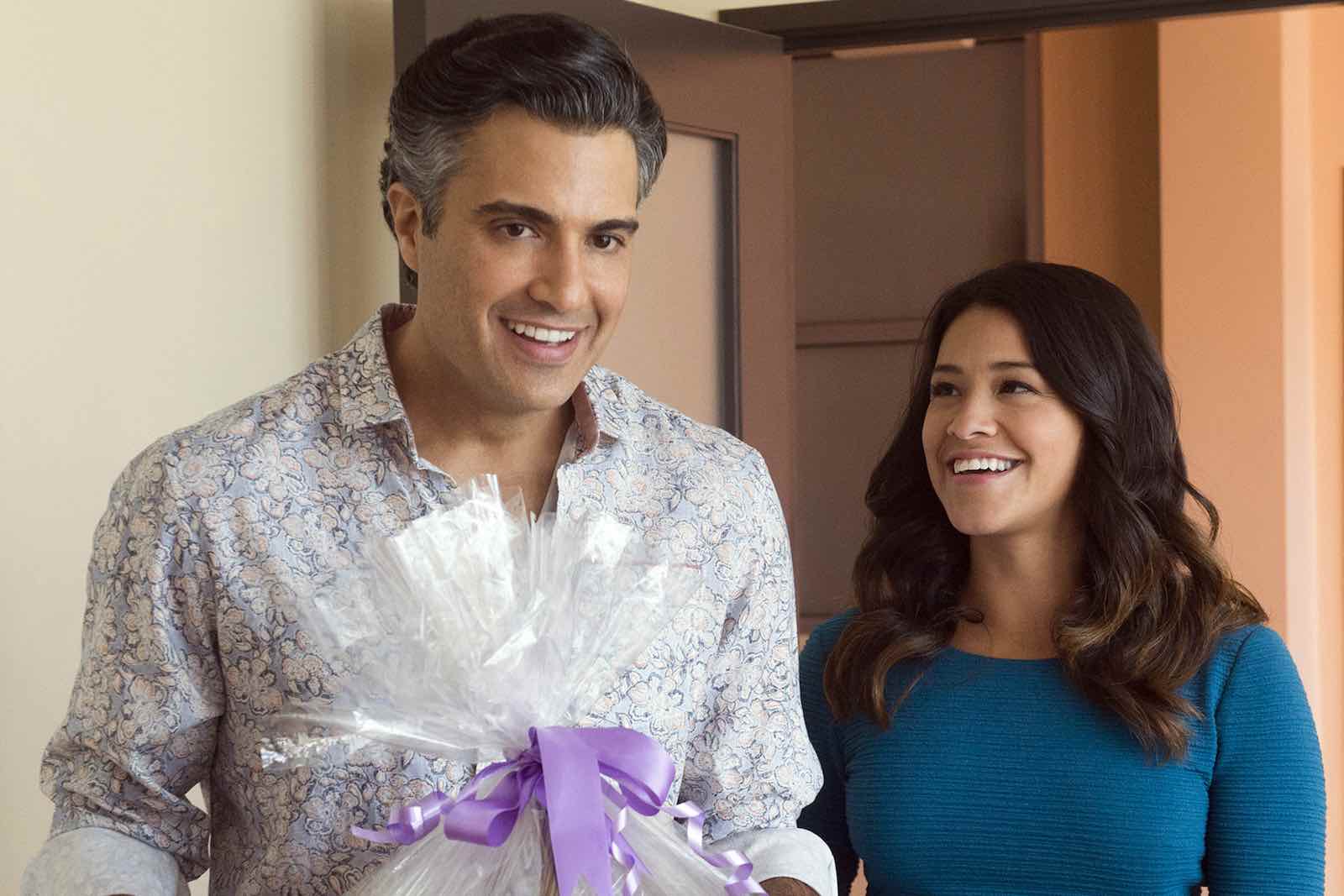 We’ve already made it clear we’re still praying the Rogelio spinoff is approved, but Camil has plenty of other projects up his sleeve. Jaime’ll get to be the leading man he always pretended to be on the various projects Rogelio was on in Jane the Virgin.

Camil is scheduled to star alongside former NCIS actress Pauley Perrette in the new CBS comedy pilot Broke. Camil stars as Javier, a selfish trust fund baby who gets cut off and has to move in with his wife’s estranged sister Jackie (Perrette). 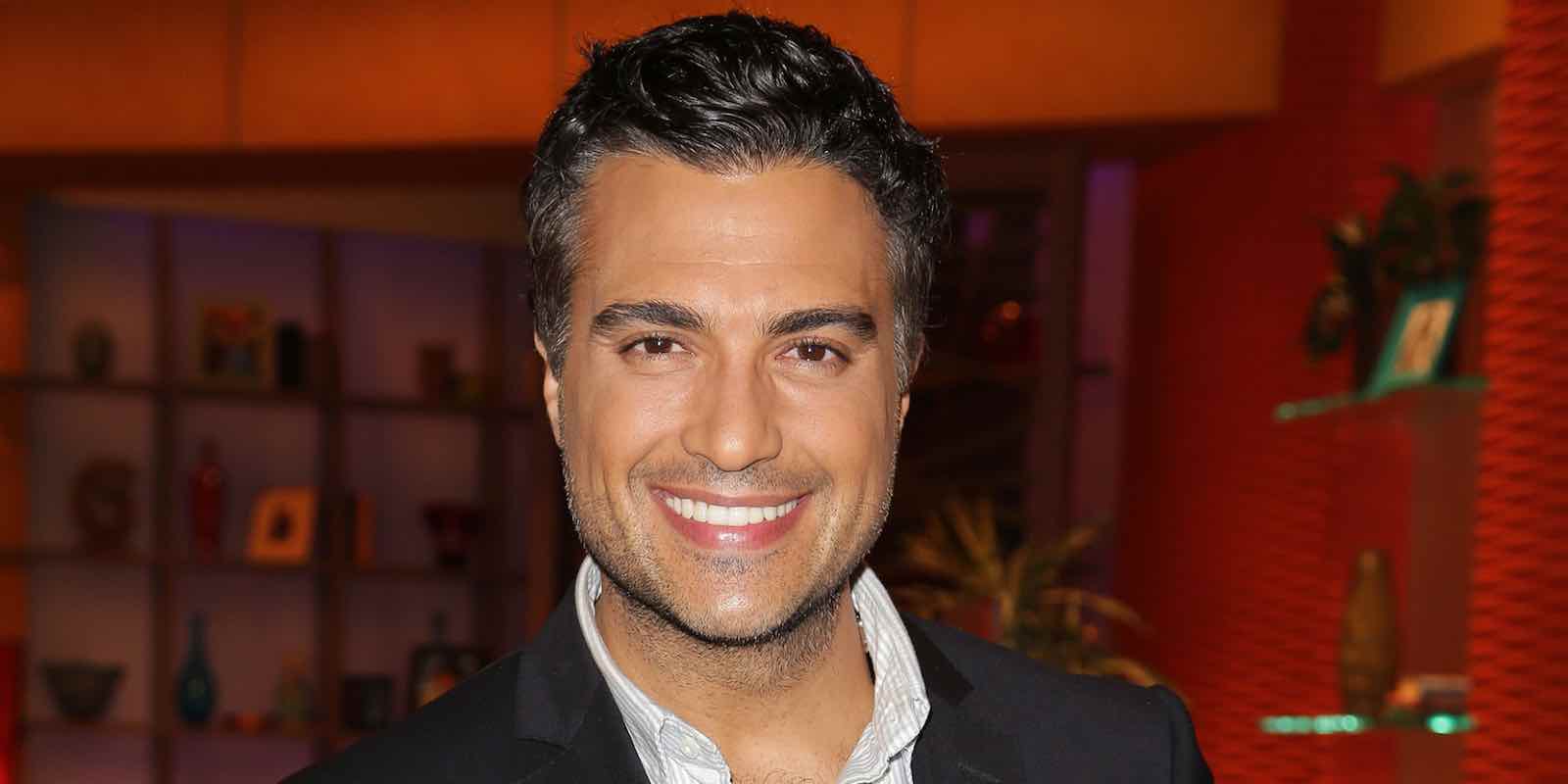 Broke will be executive-produced by Jane the Virgin creator Jennie Snyder, so you know she has the ability to put magic into a basic concept. Broke has a mid-season order, so expect its premiere sometime in winter 2020.

Film fanatics can catch Camil in the debut project from Jay and Silent Bob star Jason Mewes, Madness in the Method. The film features Mewes as a fictional version of himself, looking to reinvent himself as a serious actor and track down a super secret method-acting book. Camil will get to star alongside Kevin Smith and Danny Trejo, along with Stan Lee in his last postmortem onscreen appearance. 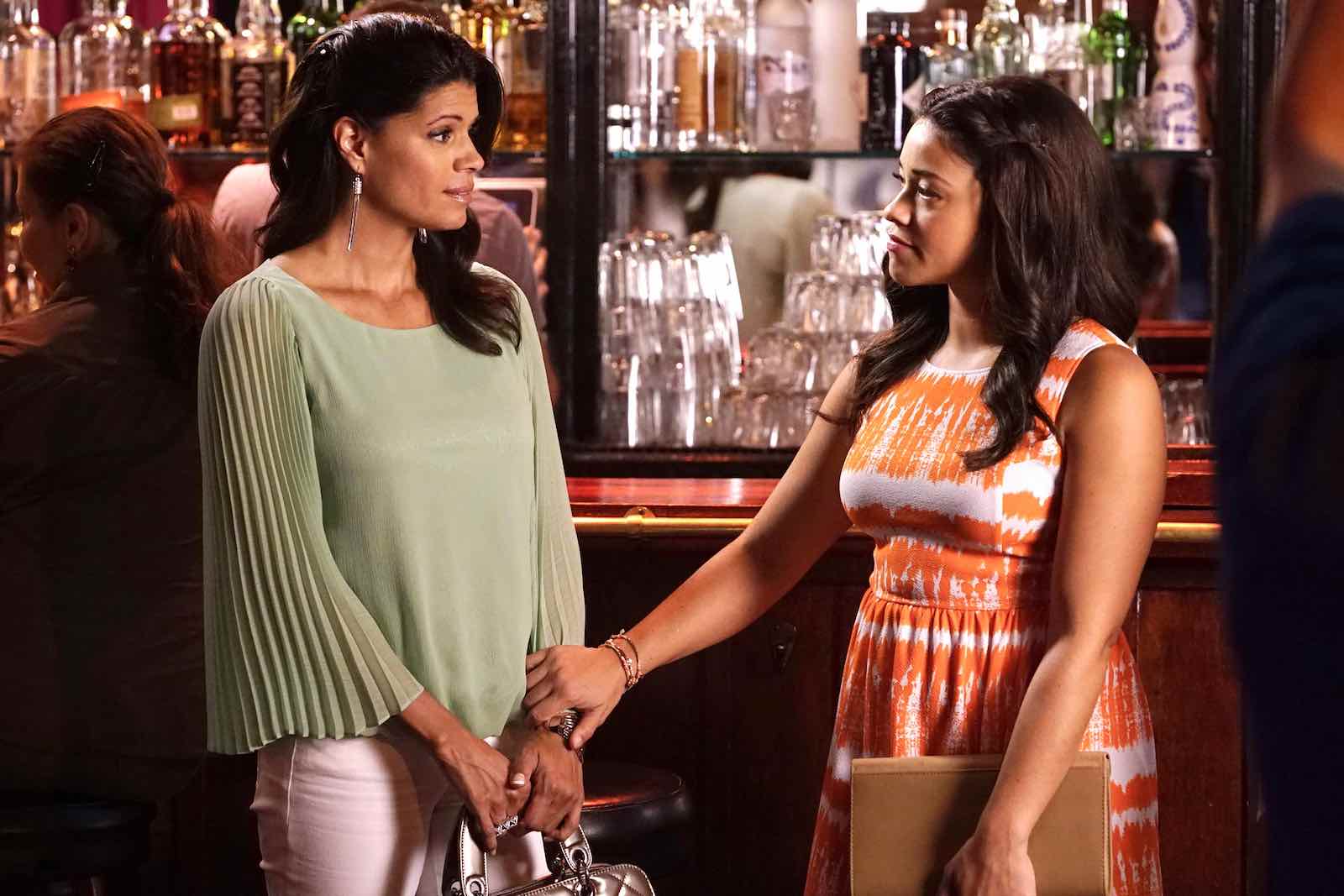 Just like how mama Xo was always there for Jane on Jane the Virgin, we wanna be there for Navedo’s new film.

God The Worm focuses around Samantha Miller (played by Annabella Sciorra of The Sopranos fame), a singer-songwriter , who journeys through New York City’s various neighborhoods to find her zeal for music and the meaning of life. Navedo is one of the various people Miller will meet along her journey, and we can just imagine the Latin flavor she’ll give her to inspire her music.

Of course, not every project is a hit. Navedo was unfortunately one of the stars of Will Smith’s godawful Netflix film Bright, which surely due to executive ineptitude is getting a sequel. Since Navedo was one of the few redeeming parts of Bright, we kind of hope they bring back Captain Perez – though we also hope Bright doesn’t get a sequel at all and Navedo can use her talents in something worthwhile. 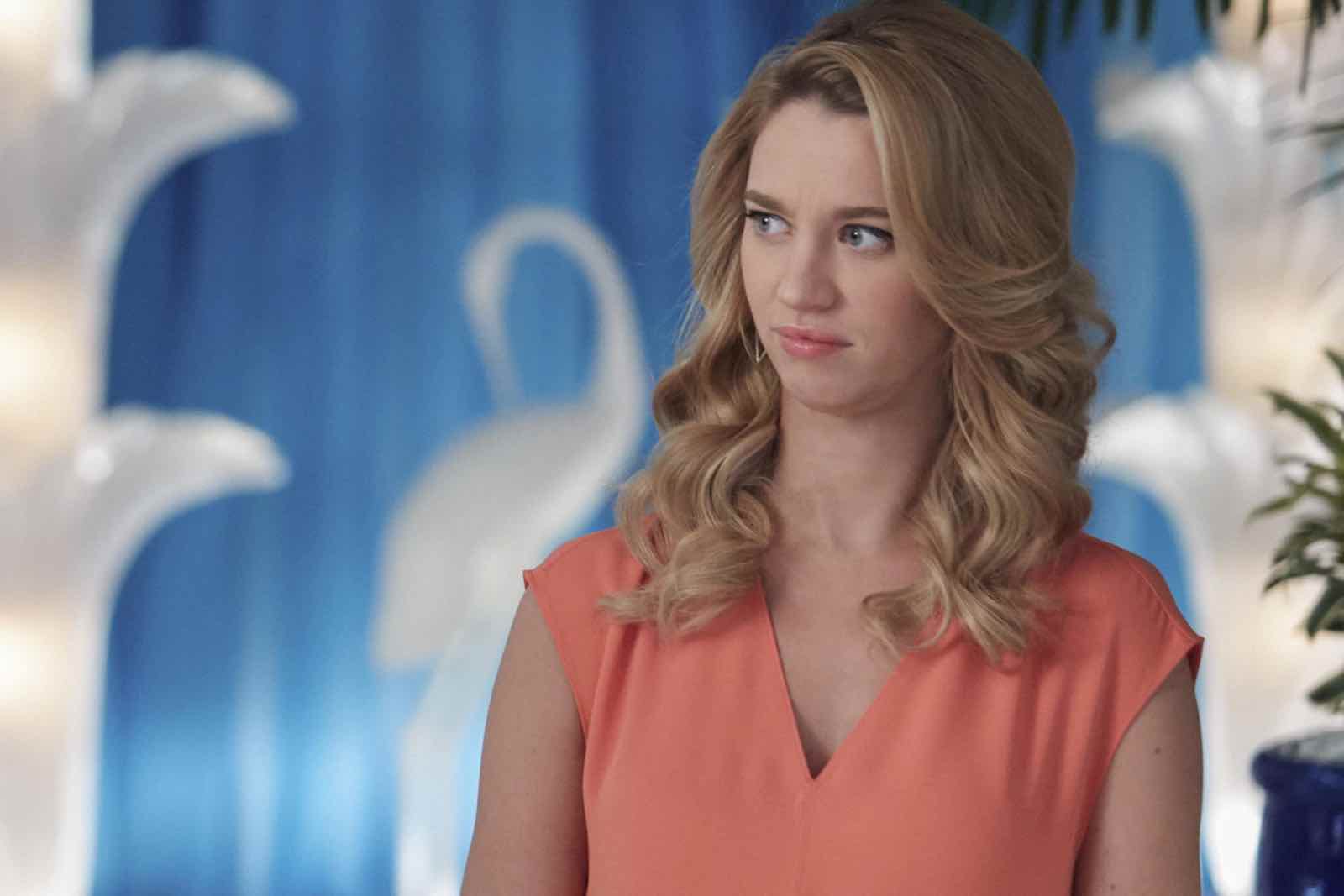 Our beautifully sweet Petra, Grobglas kept herself busy while filming Jane the Virgin. When she wasn’t playing Petra or her twin Anezeka, you could catch her guest-starring on a variety of other CW shows like Crazy Ex-Girlfriend or Supergirl. She even went back home to her native Israel and filmed a few movies. However, as of right now, Grobglas has no announced roles after Jane.

Of course, knowing how busy Grobglas was while filming Jane the Virgin, we can’t imagine she’s gonna stay jobless for long. She’ll fit in perfectly kicking butt in the upcoming Batgirl series. Heck, we’d love to see her make that bank in the Israeli film scene. 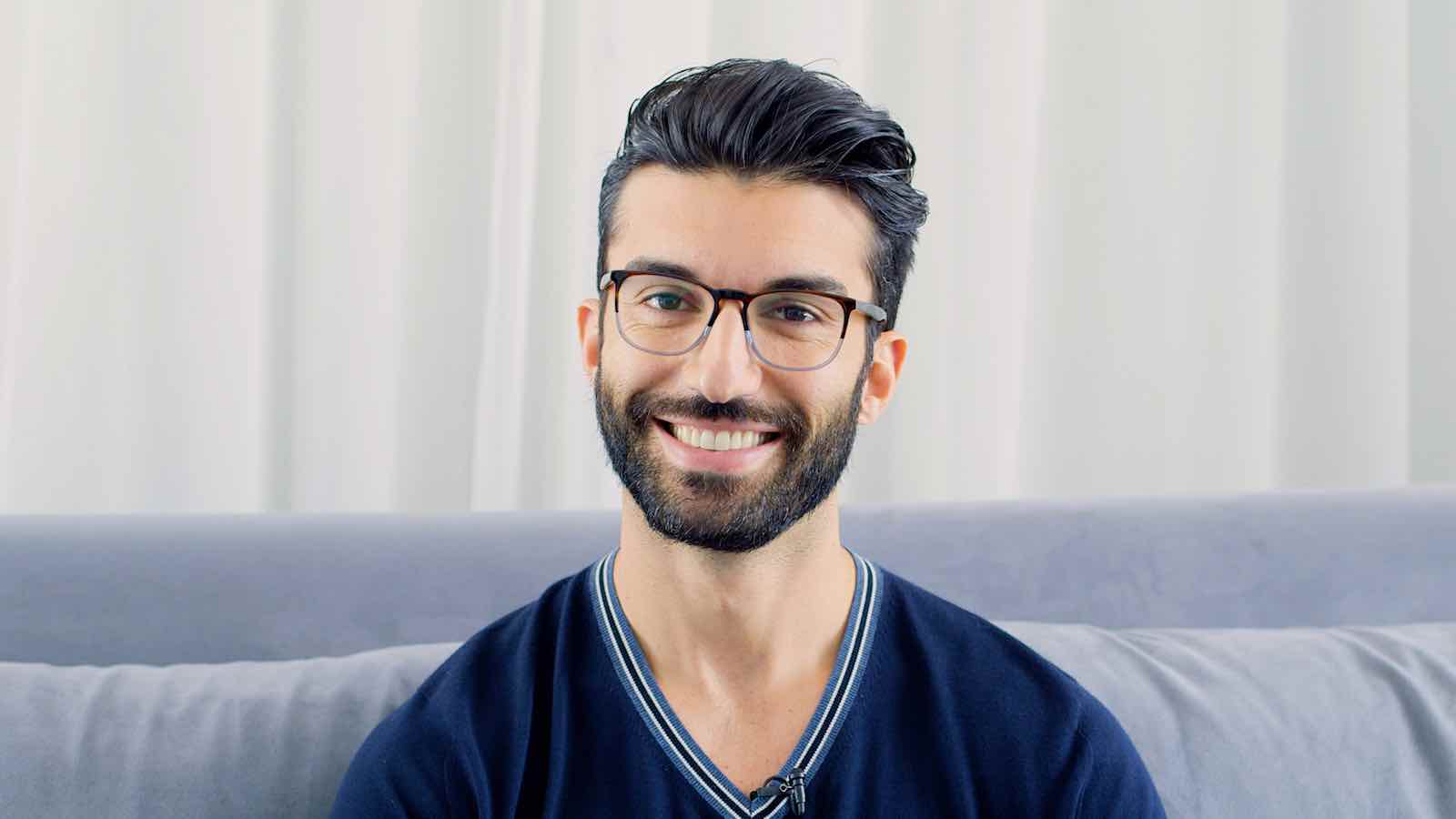 Rafael may have had to learn how to open his heart on Jane the Virgin, but in real life, Baldoni has a gigantic one. Outside of acting, Baldoni fundraises for and works with a variety of charities. Talk about the actor being nothing like the character. Most recently, Baldoni helped fundraise for the Zach Sobiech Osteosarcoma Fund in memory of Nathalia Hawlay, who unfortunately suffered from a rare form of bone cancer.

In case that wasn’t sweet enough, Baldoni also helps those going through cancer follow their dreams and grant their final wishes. In February, Baldoni granted a girl’s final wish and took her to a prom he planned for her called WinterBall.

Baldoni also directed and produced a documentary for comedian Shane Burcaw, who at the time was just a man with Spinal Muscular Atrophy dreaming of being a comedian. We can’t wait to see how much more Baldoni gives back. 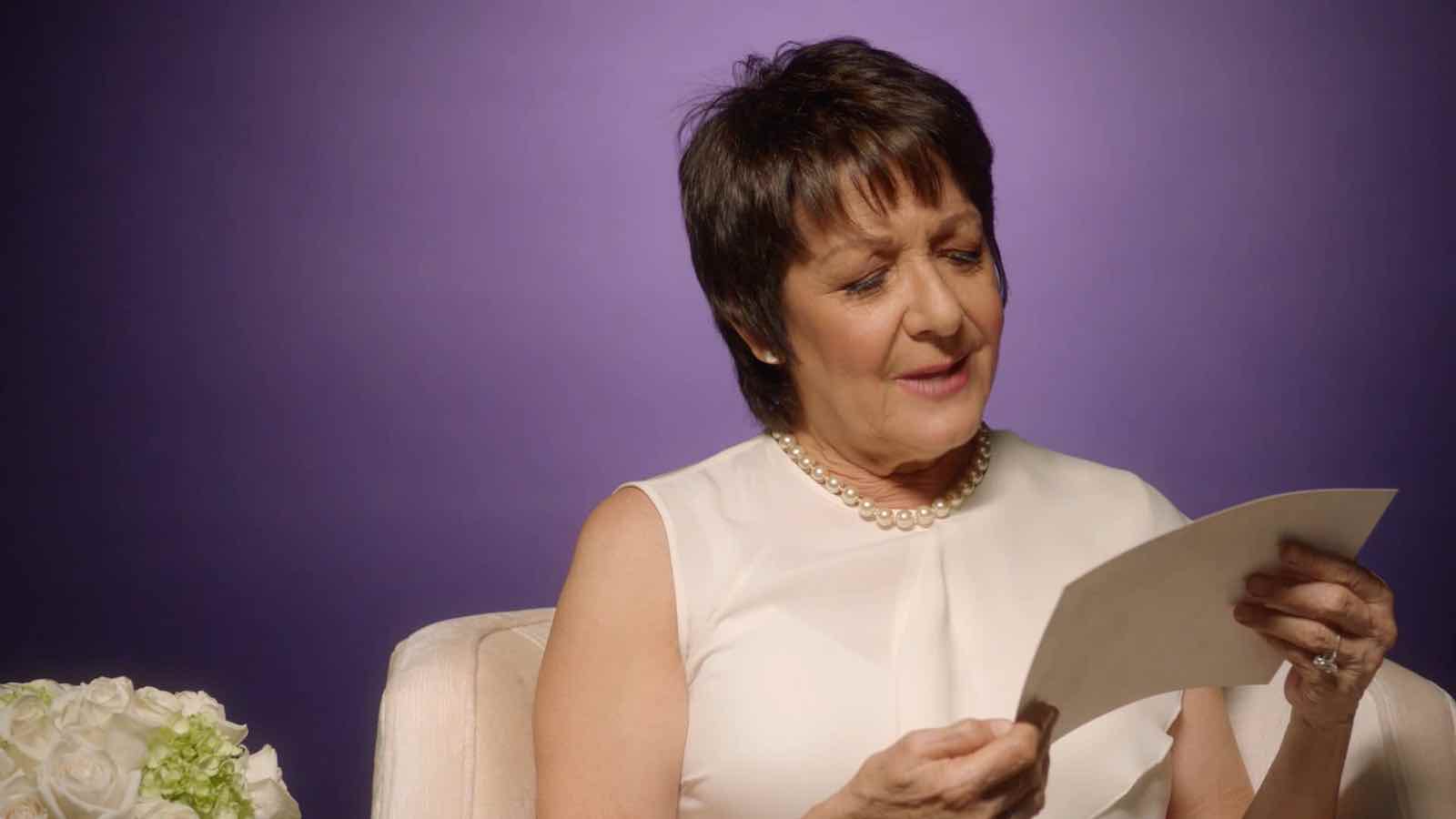 Our Puerto Rican beauty queen doesn’t have anything in the works for now, but Coll will be back on our screens soon enough. Coll is proud of her Puerto Rican heritage, and who can blame her? She was Miss Puerto Rico 1967 for a reason, and not just because of her good looks.

Since Hurricane Maria in 2017, Coll has been working to help fundraise to repair the island that became nigh uninhabitable after the disaster. She also is a big LGBTQ+ advocate, not only fundraising but raising awareness for the National Day of Silence that always occurs in April. Abuela didn’t play around with her values on Jane the Virgin, and neither does Coll. 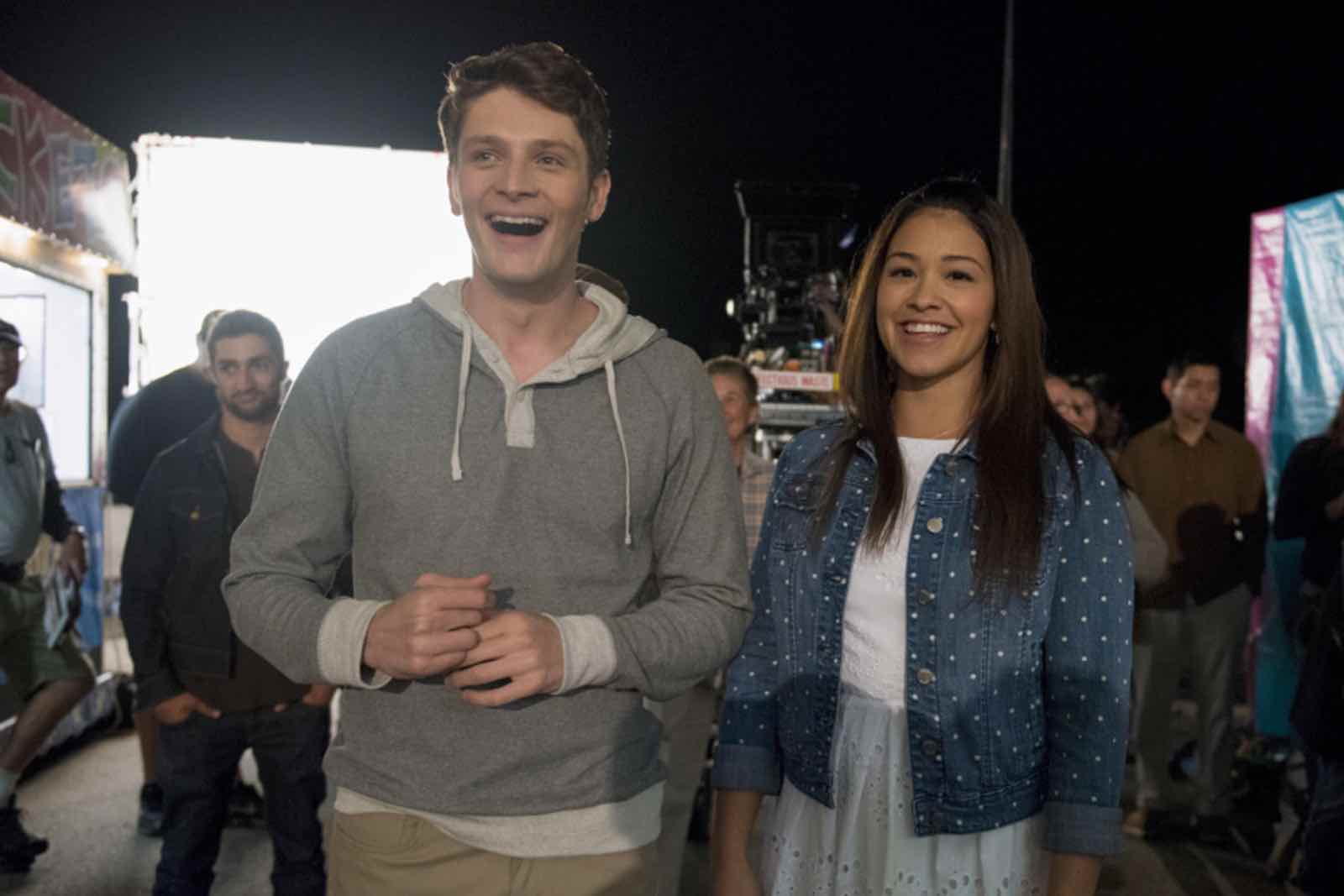 Michael may not remember himself, but we’ll always remember Dier. A lot of Dier’s best parts on Jane the Virgin were more dramatic, but Dier is a great comedy actor too. So those wanting some more laughs from Dier, ABC has what you’re looking for.

Dier can be seen on The Goldbergs spinoff, Schooled, as Charlie “C.B.” Brown, a young teacher passionate about his job and overly positive. The show aired its first season last fall and has been renewed for a second season scheduled to premiere late September. If Michael decided to follow the teaching life like his ex-wife wanted, we imagine Michael would be exactly like C.B.