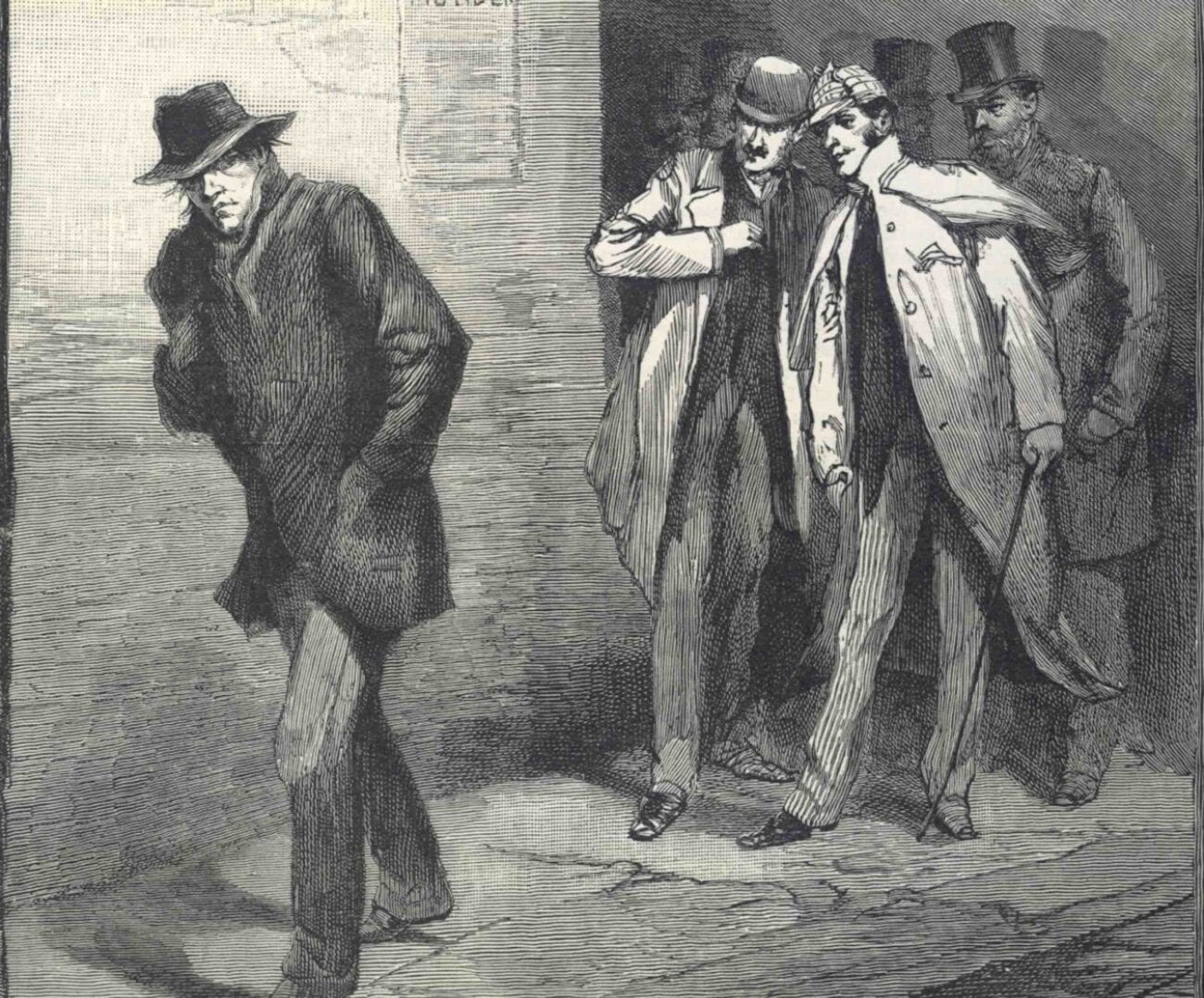 Jack the Ripper is the serial killer to which all other serial killers are held up to. Or, at least, in the Western world. There’s a lot of reasons for it from the rise of literacy among the lower class making the case a media sensation to our fascinating with unsolved mysteries. Jack the Ripper was the boogeyman of London and has become something similar in our modern day pop culture.

Now, if you want to refresh yourselves on Jack’s crime spree, then be sure to read our article covering it. In this article, however, we’re going to be all in on the question “Who is Jack the Ripper?” because this is the question that has plagued us for over a century. There are over 100 suspects in the case. 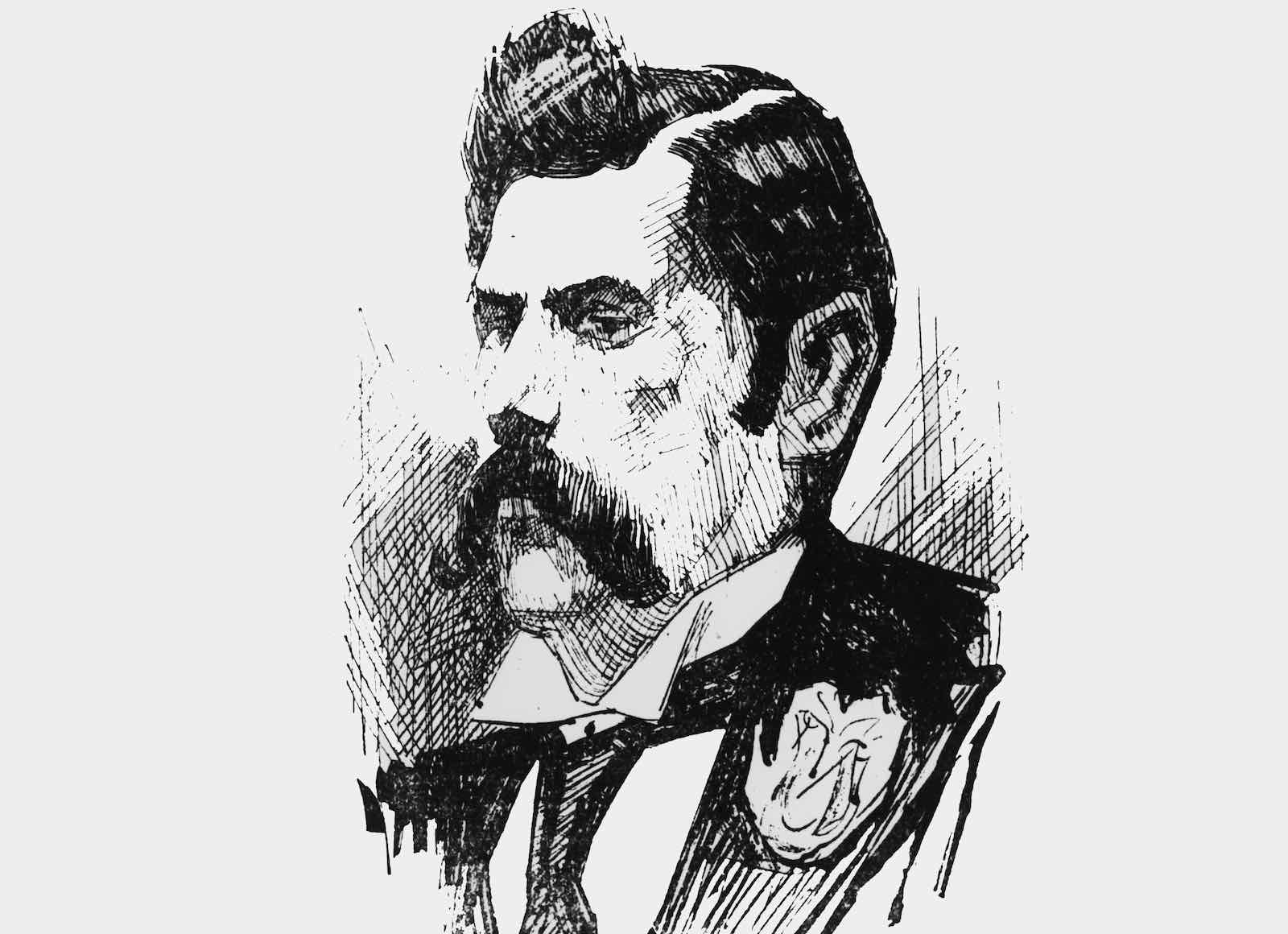 Who better to suspect of being a serial killer than an actual serial killer? He was later convicted and executed under the name George Chapman after killing three women with poison. During the Ripper killings, Chapman was going by his birth name: Seweryn Kłosowski. A Polish immigrant, Chapman spent most of his life moving around the globe and between numerous affairs with women.

One of his exes claimed that Chapman told her how he would kill her and dispose of her body. Another said that he had strangled her. Truth be told, there is little hard evidence to connect him to the killings. He hated women though. He was in the area of Whitechapel in 1888, working as a barber, who had to have anatomical knowledge of some sort during that time period.

In addition, Chapman also had some medical training in Poland. Enough that he would know his way around the anatomy of a person. Frederick Abberline, a detective involved with the case, believed Chapman to be the Ripper, even exclaiming “You’ve got Jack the Ripper at last!” when he was brought in in 1902. 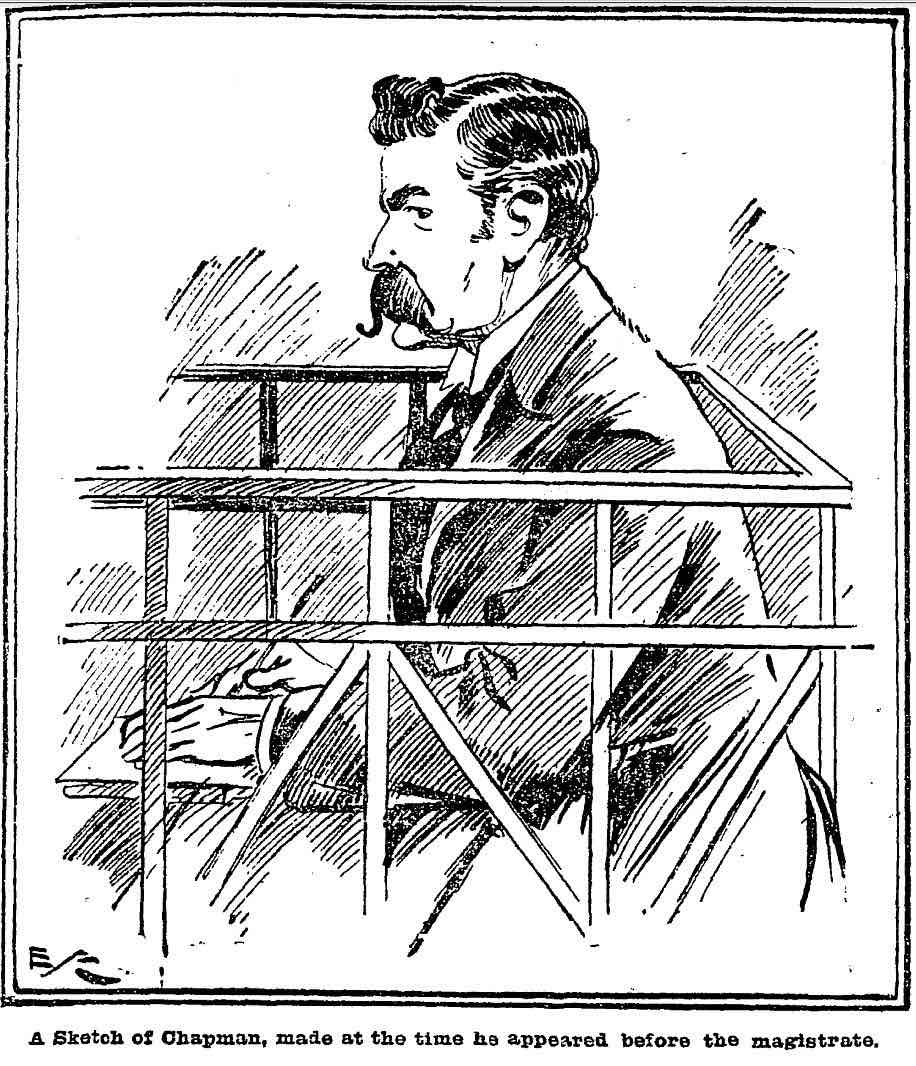 How viable is Chapman though? It’s a solid theory with little hard evidence to back it up. Chapman was a serial killer, but was more a danger to the women that he knew personally. It’s hard to link him up with the victims. In fact, we’re not even sure if Chapman was good at speaking English during the Ripper murders, which the killer would need in order to lure the victims.

We cannot, however, rule Chapman out. Either way, a serial killer was hanged in 1903. Whether he was the Ripper or not remains up for debate. 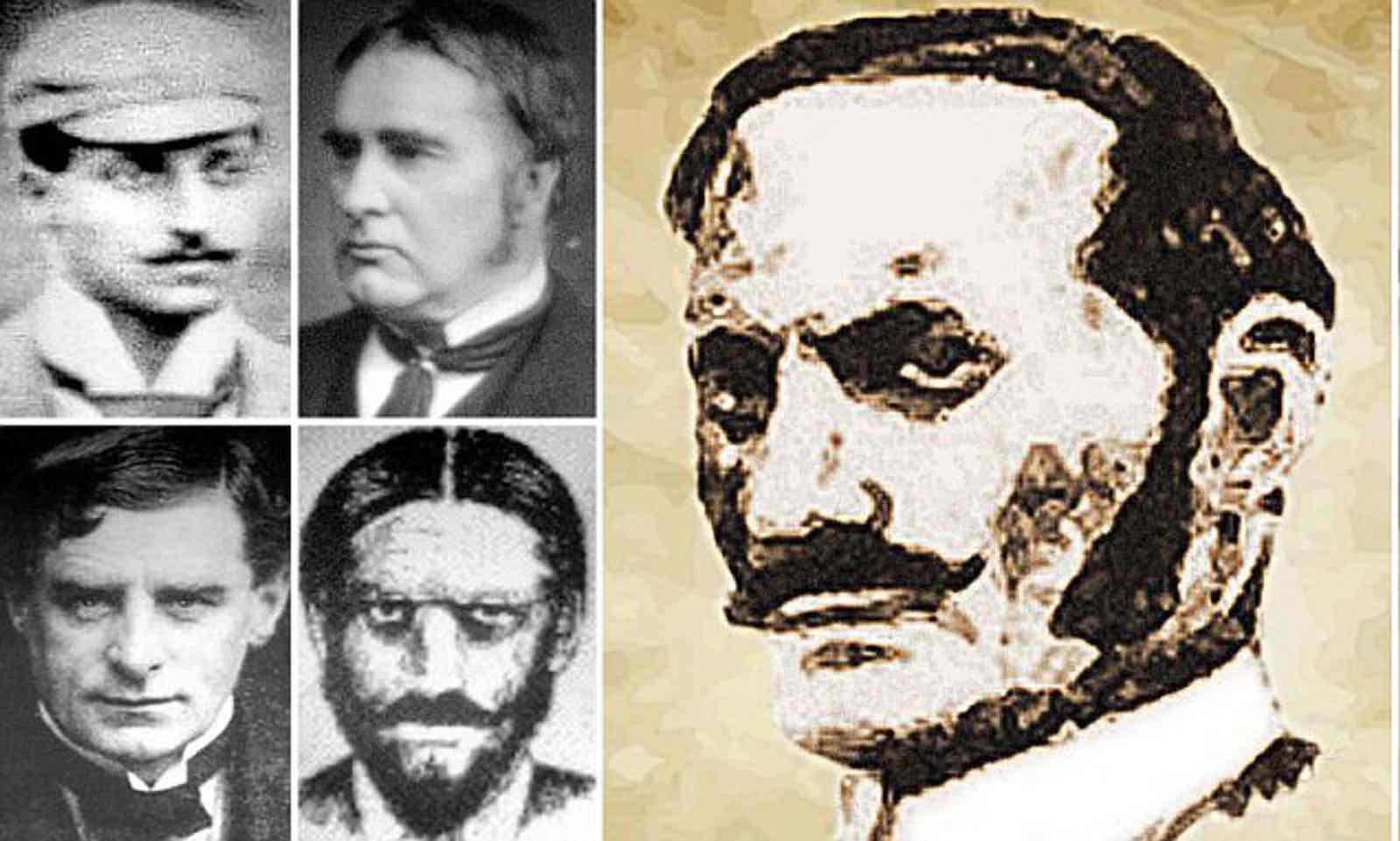 Woo-boy. If you follow Jack the Ripper news even a little bit or watched the Buzzfeed Unsolved episode about the case, then you’ve heard what happened with Kosminski and his DNA. It’s wild and we’ll get to that in a moment, but let’s cover why he was a viable suspect for Jack the Ripper.

Kosminski, like Chapman, also worked as a barber and hairdresser in Whitechapel during the course of the Ripper slayings. Technically, that was Kosminski’s job, but by 1891, records show that he was mainly living off what his sisters’ families could spare to him. Also during this time, Kosminski was suffering from a worsening mental illness.

Modern day psychologists believe that Kosminski was exhibiting signs of paranoid schizophrenia. Of course, he wasn’t diagnosed with that at the time of his death. Instead from 1891 to his death in 1919, Kosminski went to various mental asylums. He died at age 53. 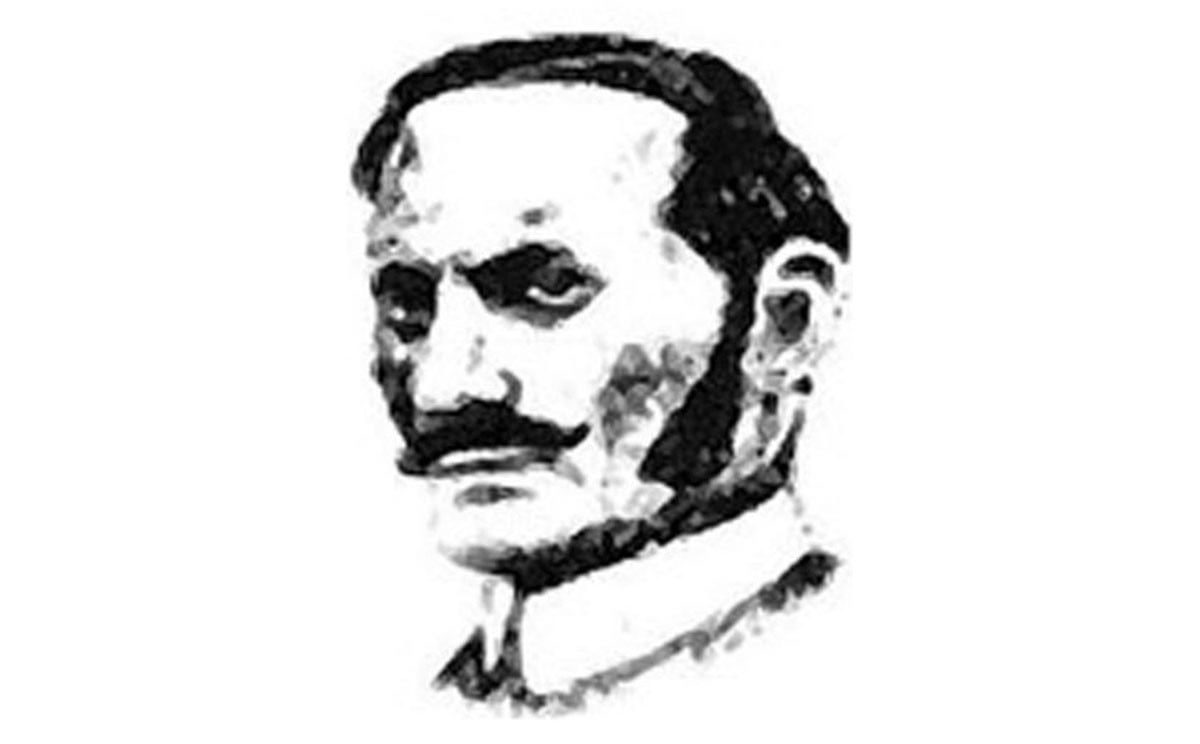 Kosminski was said to have a “great hatred of women” by Sir Melville Macnaghten, the Assistant Chief Constable of the London Metropolitan Police. He also wrote that Kosminski had “strong homicidal tendencies”. While being admitted to the asylums, a witness named Jacob Cohen, said that he saw Kosminski threaten his sister with a knife. The paperwork is unclear whether this sister was Cohen’s or Kosminski’s.

The assertion of Kosminski, who was a Polish Jew, would appear again in 1910 when Assistant Commissioner Sir Robert Anderson wrote in his memoirs that the Ripper was Polish Jew named Kosminski. Donald Swanson, who led the investigation into the Ripper, apparently wrote Kosminski’s name in the margins of the memoir and tracked Kosminski through his asylum stays.

This memoir copy was donated to Scotland Yard’s Crime Museum in 2006, if you want to see it. 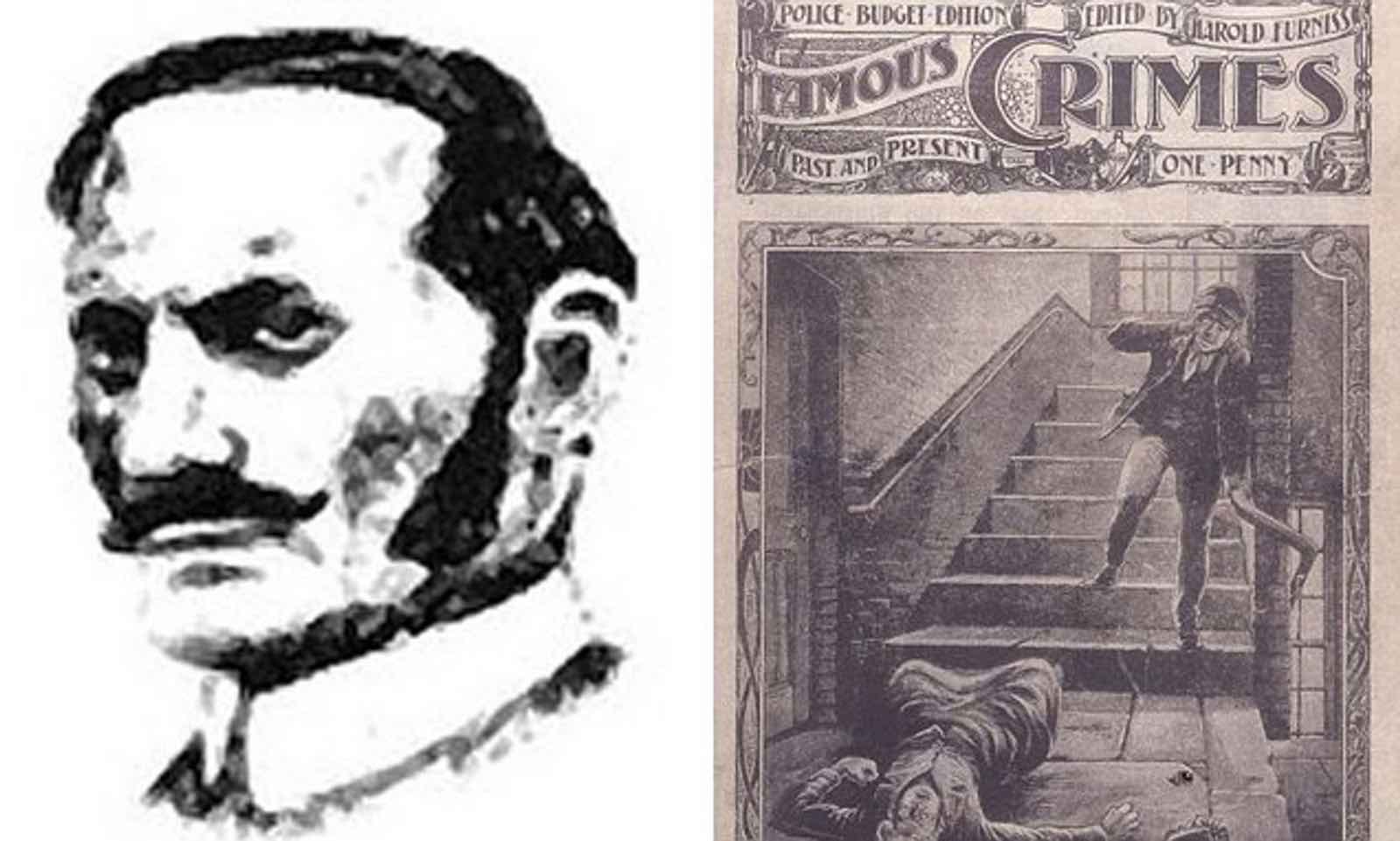 This brings us to the DNA tests. In 2014, Russell Edwards, a British author, commissioned historical DNA expert Dr. Jari Louhelainen to test a shawl said to have been found on or near the body of Catherine Eddowes. Using mitochondrial DNA from Eddowes female descendants and the descendants from Kosminski’s sisters, Louhelainen claimed to have made a match.

Edwards would publish his findings in a book, Naming Jack the Ripper. Scientists said that it needed to be peer-reviewed. Plus, there was no shawl of Eddowes’ listed amongst the evidence collected. So the origin was, at best, dubious. 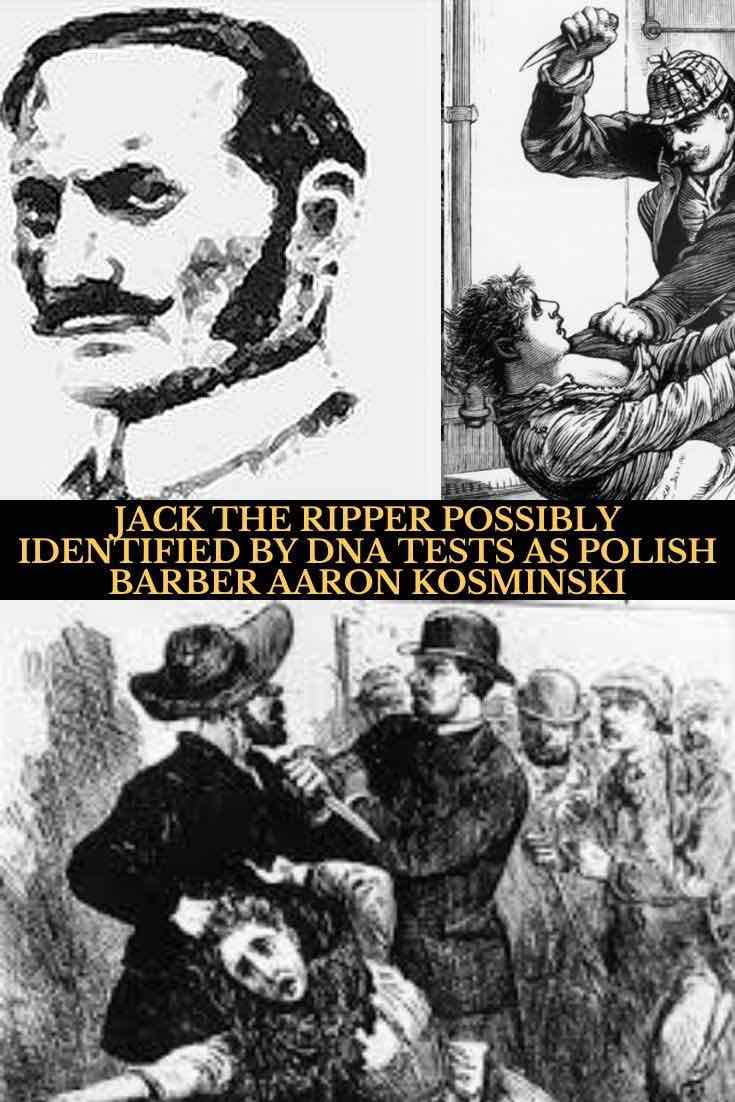 Even so, with the authenticity of the shawl in question, along with the handling of it, we’re probably never going to get a definitive answer on that front for a long time.

Did Kosminski do it? Hard to stay. People certainly thought he did, but there’s a lot of questions as well, especially in regard to the shawl and the DNA tests with it. Out of all the police suspects, Kosminski is one of the stronger ones. 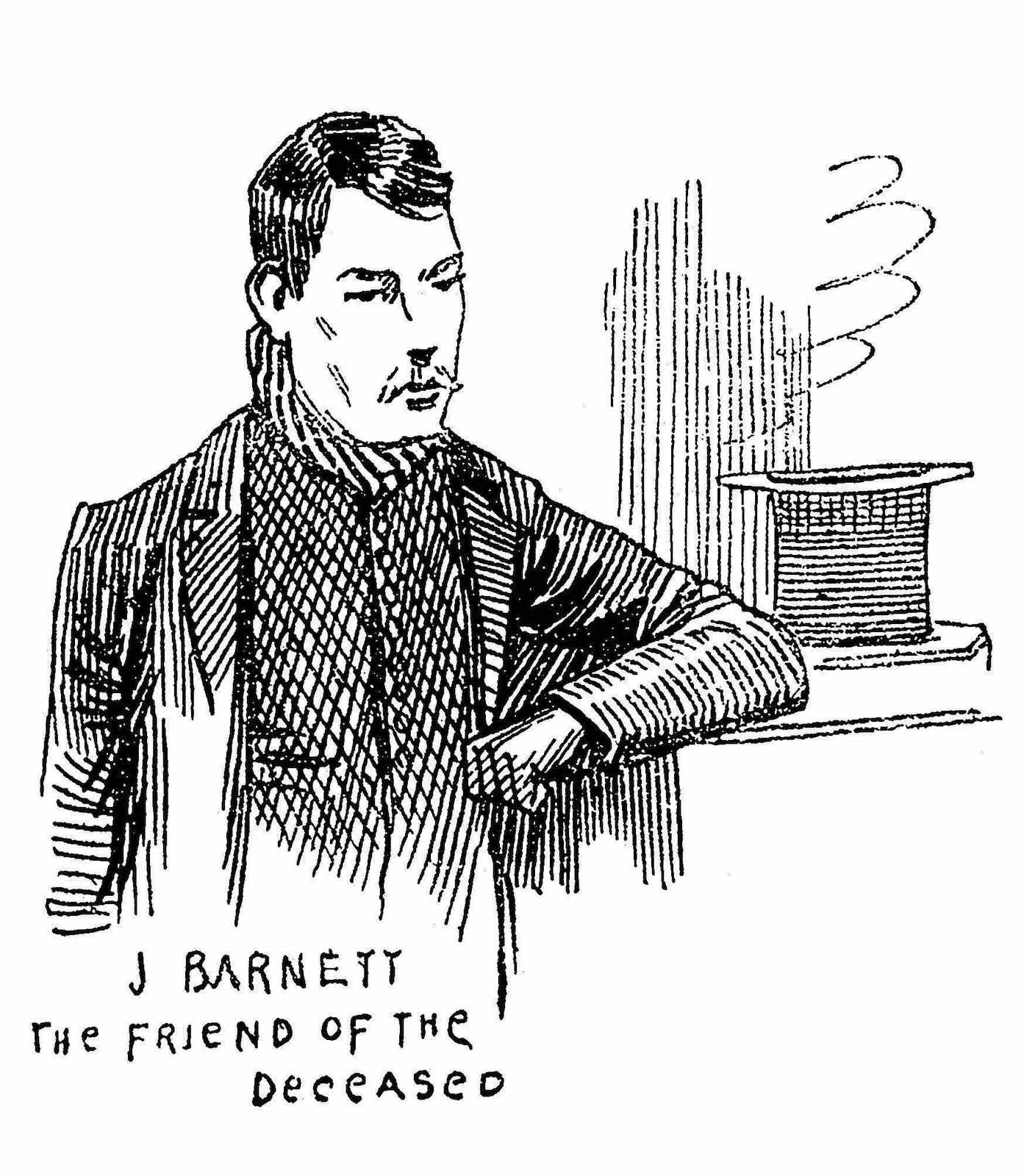 Joseph Barnett was Mary Kelly’s lover. Kelly is the fifth and final victim of the “canonical five” murders associated with Jack the Ripper’s spree. Barnett worked as a fish porter and tried to support Kelly so she would return to prostitution. When he lost his job, however, Kelly did return to her former line of work, which, reportedly, upset Barnett. 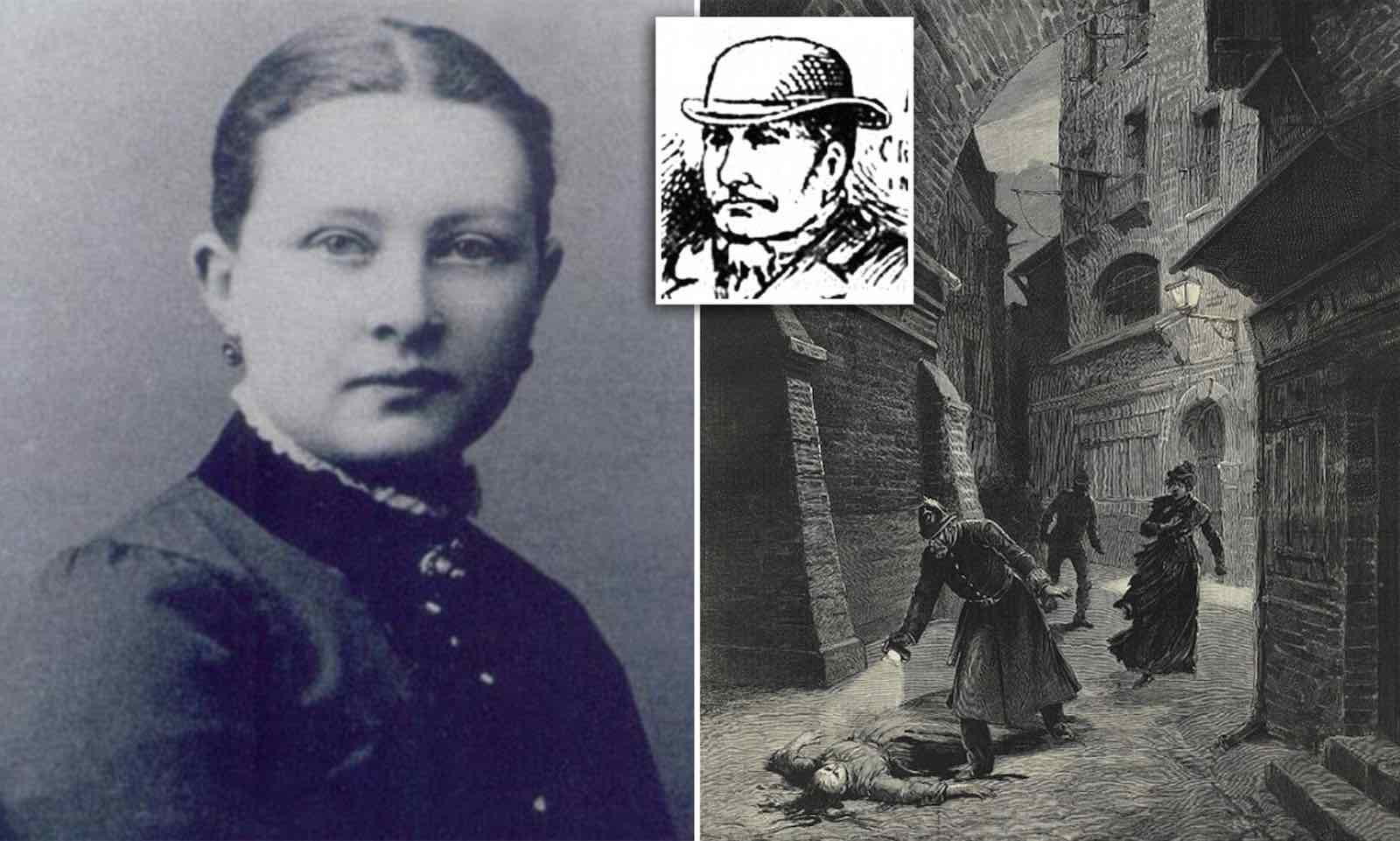 Author and former detective, Bruce Paley was the main modern day proponent of the theory. He even penned a book in 1995, Jack the Ripper: The Simple Truth. Paley believes that Barnett committed the killings in order to scare Kelly off the streets and away from alcohol, hoping that she would wish to settle down with him. Unfortunately, it didn’t work. When Barnett killed Kelly, he had no reason to keep on killing. So when she died, he stopped.

Barnett, apparently, also matches the FBI’s psychological profile of Jack the Ripper pretty well. He was the right age, no father figure from a young age, worked in a profession where he could express his destructive tendencies, stopped killing when he was close to discovery, and Barnett is believed to have a speech impediment. 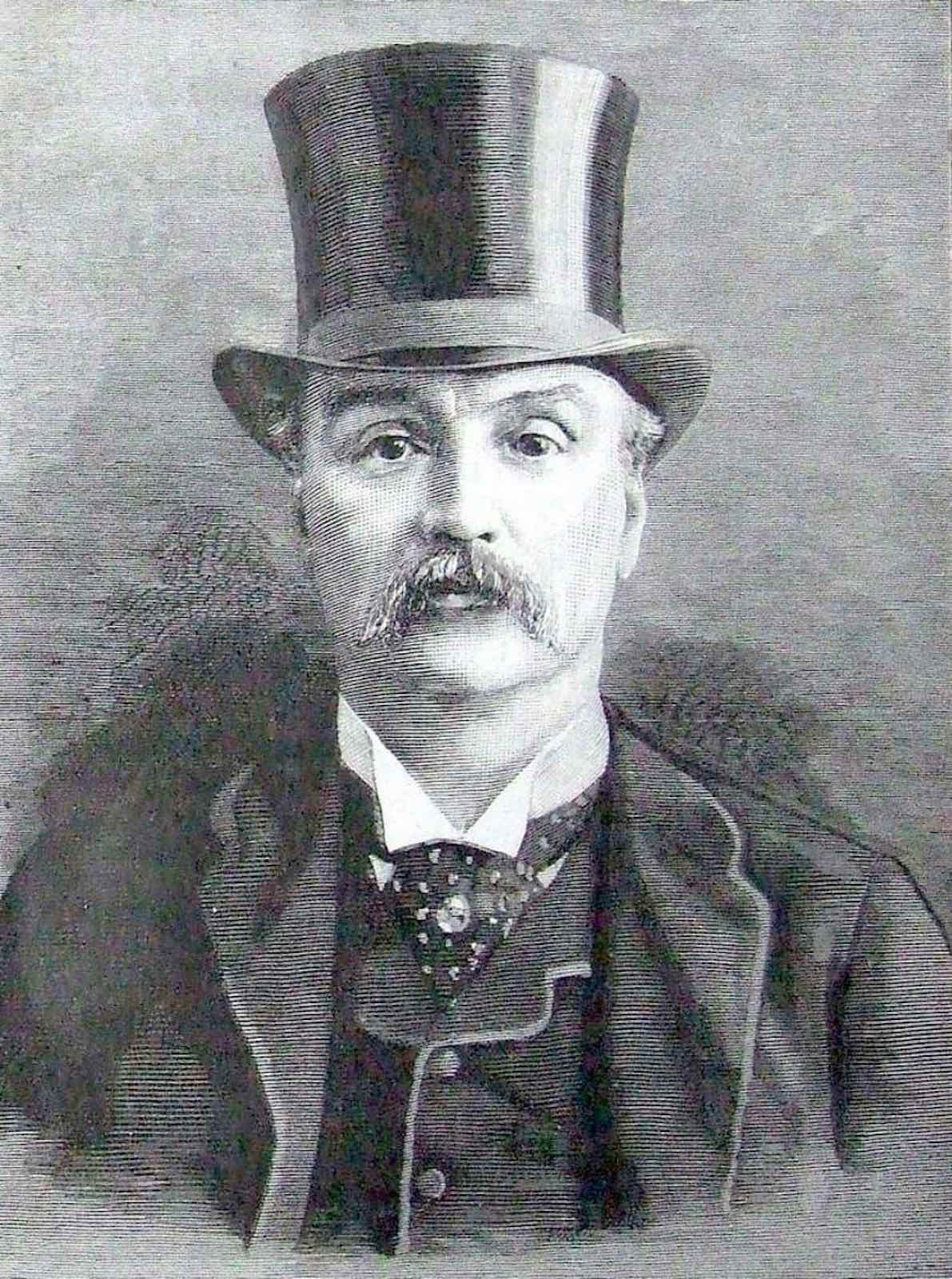 We were pretty tempted to include the theory that Jack the Ripper was Queen Victoria’s grandson, Prince Albert. This theory, however, feels a little more substantive. Stephen does have a connection to Prince Albert though. He was his tutor along with being an English poet.

Stephen was said to have suffered a head injury in the years before the Ripper killings, which led to brain damage. This damage, apparently, made Stephen increasingly erratic and frightening. Eventually, he declined so far that, after completing two books of poetry, Stephen was admitted to an asylum by another modern day Ripper suspect, Sir William Gull.

After Prince Albert died of influenza in 1892, Stephen refused to eat and died shortly after. 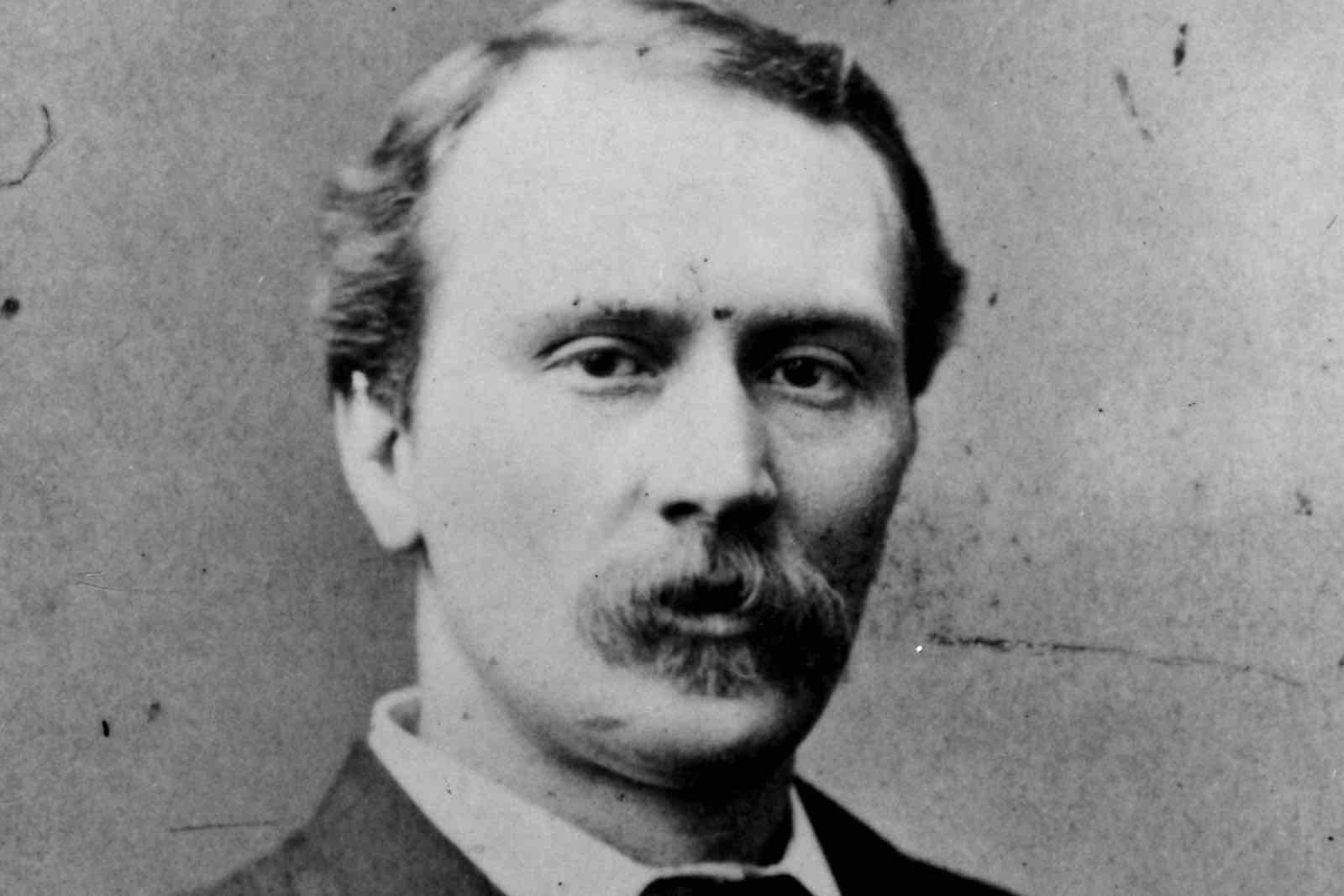 So how does this work into the Ripper theories? In the 70s, when Ripper mania swept through again, people took a look closer at the royal family and those around them. Gull made references to an “S” who he believed to be a culprit. It was writer Michael Harrison who named S as James Kenneth Stephen, believing that Stephen went on the spree due to a breakdown of a love affair between Stephen and Prince Albert.

Now, over time, many people have decided that the “royal conspiracy” angle was just. . . bunk in terms of a theory. Though Stephen does make an interesting suspect to say the least, especially in terms of his behavioral changes. 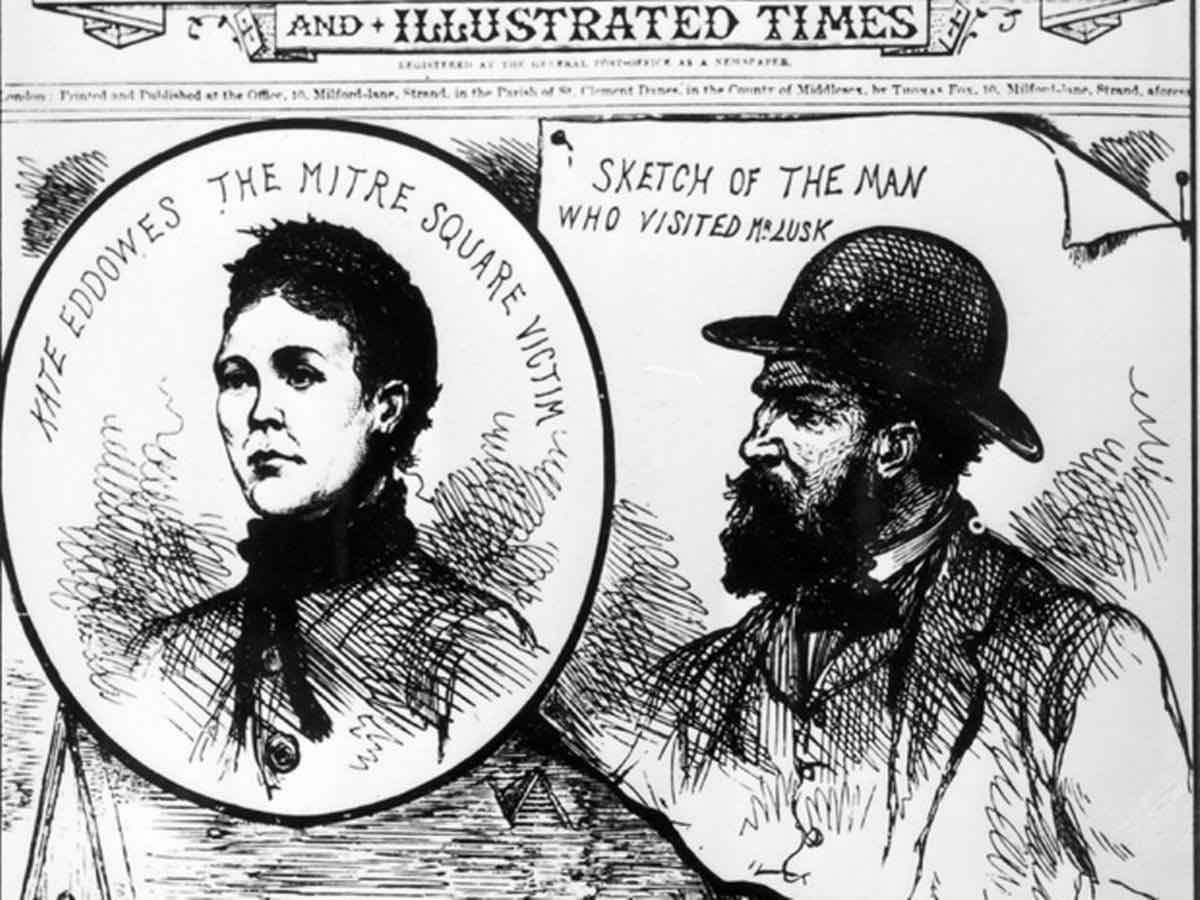 Jill the Ripper is a theory that it was a woman and not a man who committed the Ripper slayings. These theories hailed from Sir Arthur Conan Doyle, who believed that Jill was a midwife. The victims, especially the later ones, would be more trusting of a woman with some medical skill. In addition, midwives would not arouse suspicions with blood on their clothes.

There have even been suspects put forth on the Jill the Ripper theory, such as Mary Pearcy and Constance Kent. 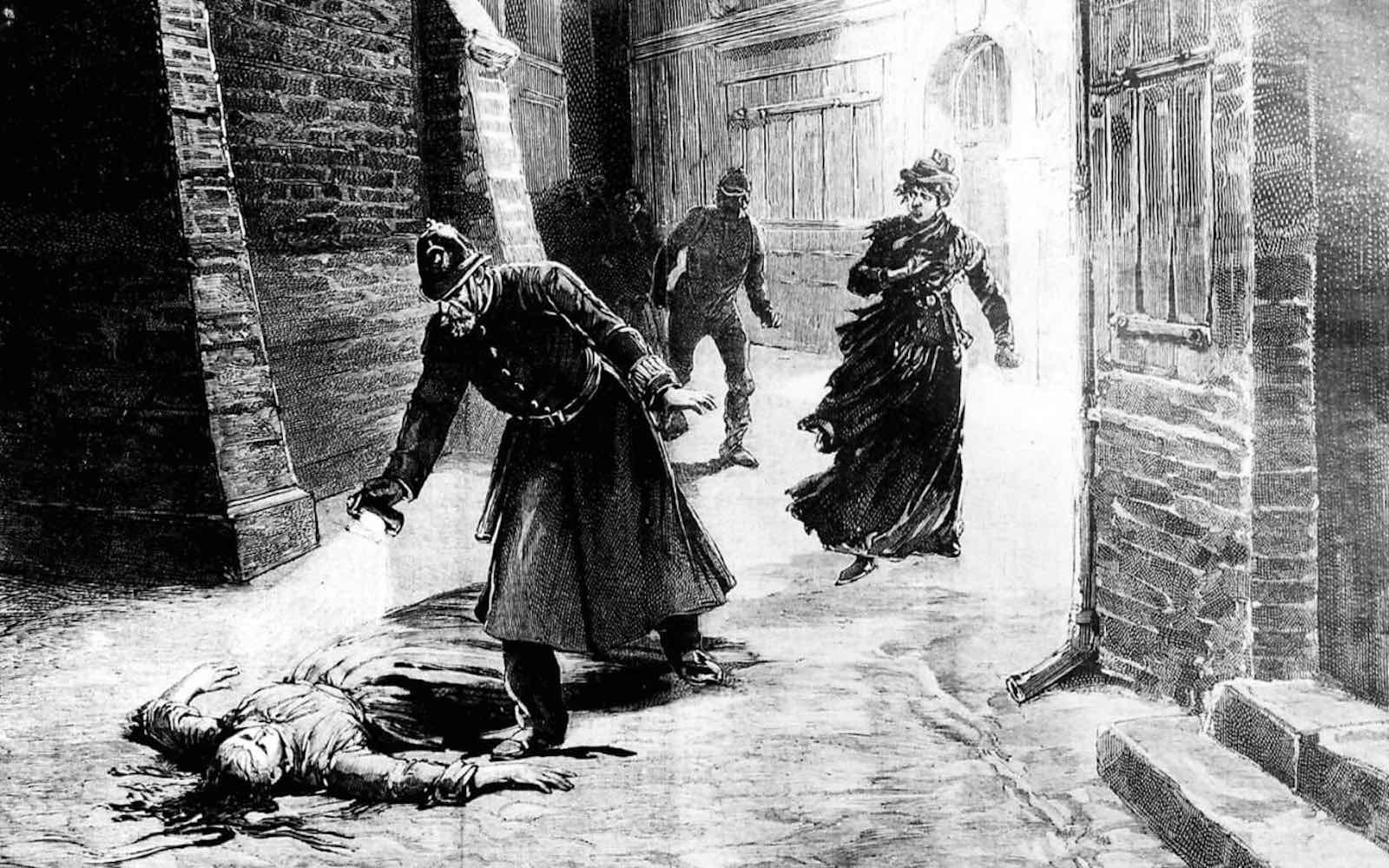 This Jack the Ripper theory puts forth that there was no one Jack the Ripper. Instead, there were multiple people committing similar murders. Given the widespread nature of the cases along with the details being released in the press and talked about in the streets, it’s not that far out there. Like a person who orchestrates many deaths in order to hide their true victim, but in the reverse?

Either way, it’s an interesting thought exercise to say the least.

If you’re a fan of true crime, do sign up for our newsletter. We promise only to send you the most relevant news, contests, quizzes, and polls.