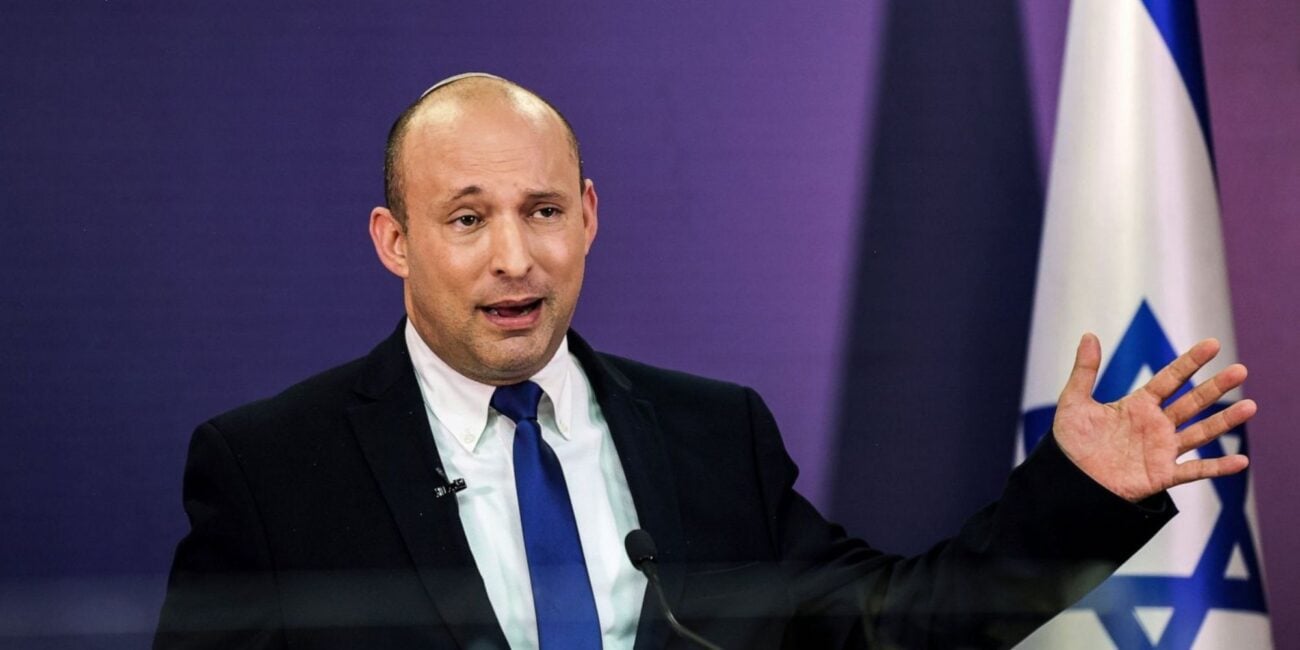 If all goes according to plan, Israel will swear in a new government on Sunday, ending Prime Minister Benjamin Netanyahu’s record 12-year rule and a political crisis that afflicted four elections in the country in less than two years. The next government formation, which the ultranationalist Naftali Bennett will lead, has vowed to chart a new course to heal the country’s divisions and restore a sense of normalcy.

Anything more ambitious would be courting disaster. The coalition consists of eight parties from across Israel’s political spectrum, including a small Arab party that has made history by joining a government for the first time. If even one party bolts, the government would be at serious risk of collapse, and Netanyahu, who intends to stay on as opposition leader, is waiting in the wings. 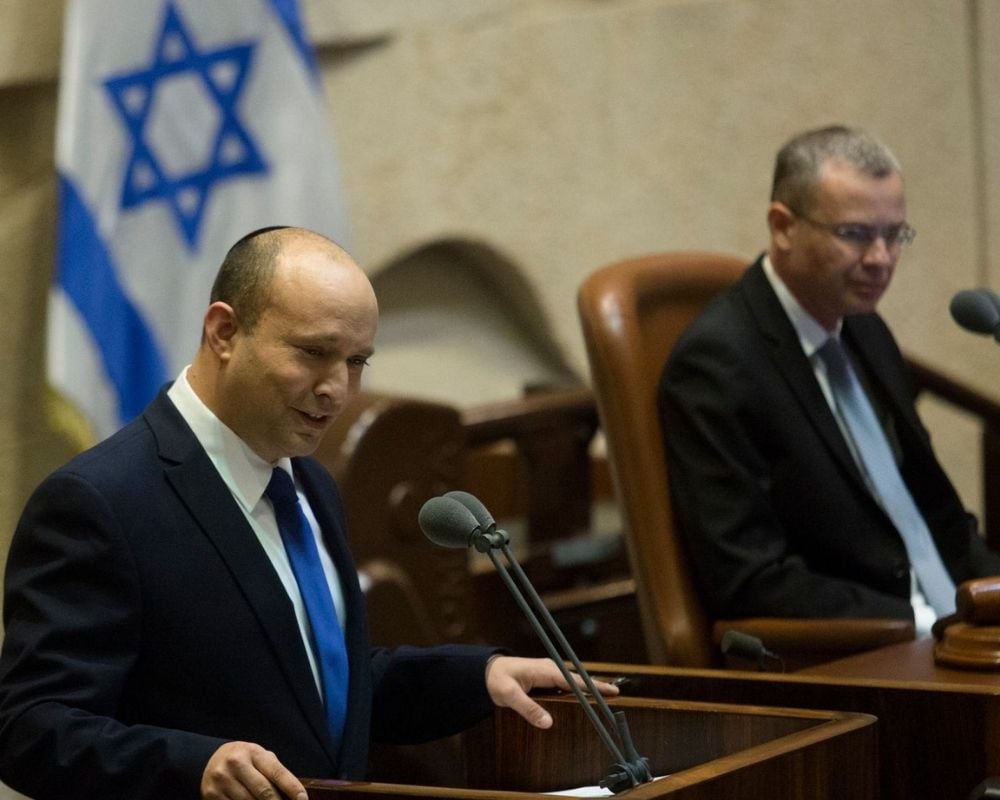 What changes the formation brings

The most significant change will likely be felt domestically. The government struggles to heal the divisions in Israeli society that opened up during the Netanyahu years, between Jews & Arabs and between ultra-Orthodox & secular Israelis.

Israel’s Arab citizens make up 20% of the population and face widespread discrimination. They have close familial ties to the Palestinians and largely identify with their cause, leading many Jewish Israelis to view them with suspicion. Tensions boiled over during this summer’s Gaza war when Jews & Arabs fought in the streets of Israel’s mixed cities. 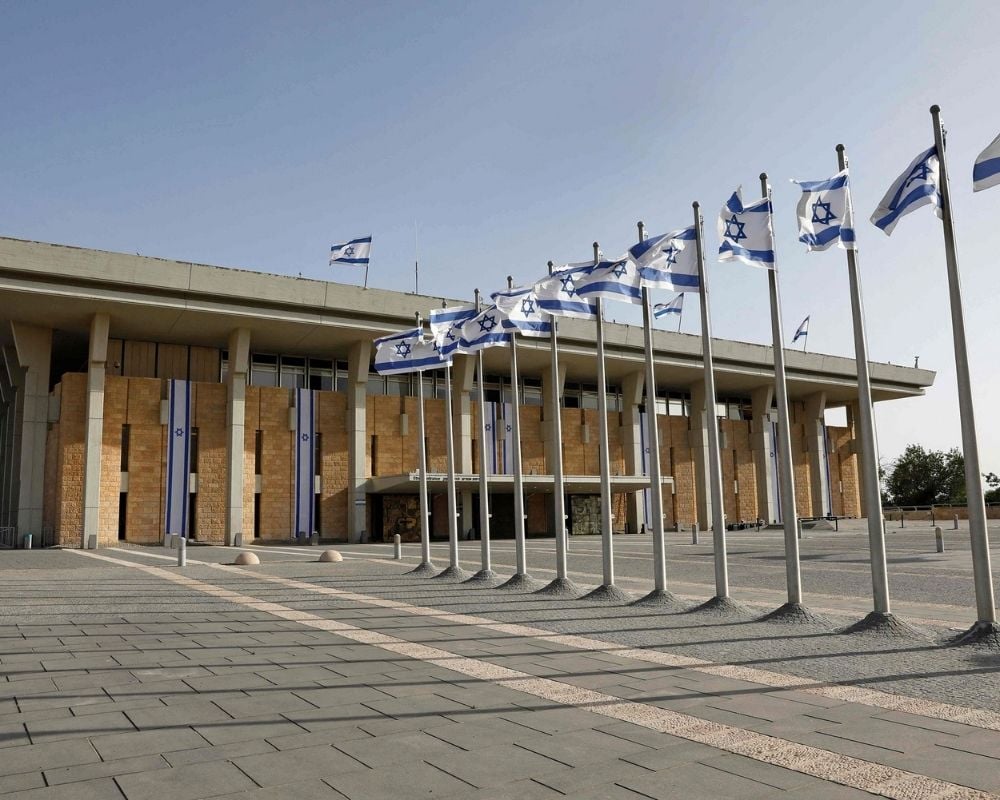 Enemy of my enemy

Israel has a new prime minister because of the overriding desire­, on the part of just about everyone, to get rid of the old one. Never has an Israeli politician played such a fundamental role in his own demise or given a new coalition such considerable incentives to keep him out of power.

The new coalition’s three leading right-wing parties – Bennett, Gideon Saar, and Avigdor Lieberman – worked for and with Netanyahu. They were also all demeaned, abused, and publicly humiliated by him.

Netanyahu alienated the center, meanwhile, through personal attacks against Yair Lapid, head of the centrist party Yesh Atid, and through efforts to mobilize demonstrations against the new coalition and ignore death threats & rabbinic injunctions against coalition members. 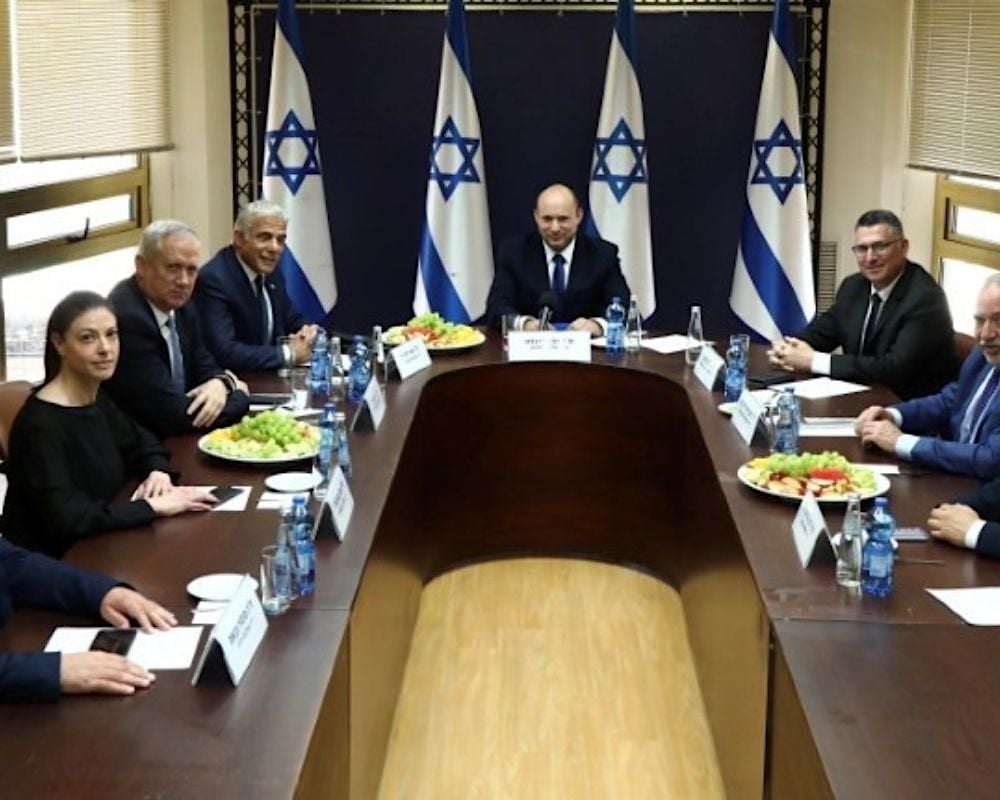 For the two leftist parties – Meretz & Labor – which Netanyahu demonized as Satan’s finger on earth, the determination to end his rule, rescue themselves from political oblivion, and avoid a fifth election is clear.

In other words, opposition to Netanyahu was the primary catalyst in forming Israel’s unprecedented new coalition government formation, and it may well be the strongest glue holding it together. All the parties know Netanyahu, who fancies himself a king in exile, will go into the opposition to bring down the government and then jump in to pick up the pieces. 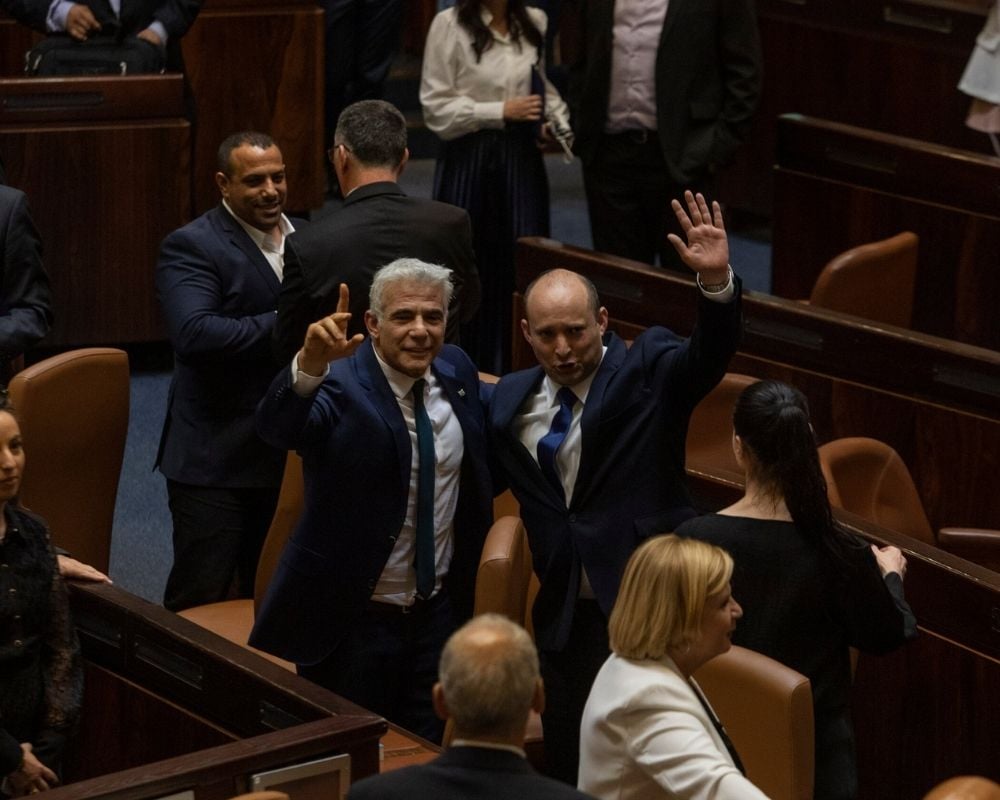 First, to paraphrase one of the United States’ revolutionary founders, Samuel Adams, all parties in this government know since they’ve pushed out Netanyahu, they must hang together lest they hang separately. All may honestly believe the nation’s interests drive their government, but they also have more parochial interests served by keeping their fragile entity afloat. And they fear political oblivion if they don’t.

For Bennett, a man of the right who crossed the Rubicon by abandoning Netanyahu (and the Netanyahu-loyal right-wing), there’s likely no turning back. At age forty-nine, he needs to make this administration a success if he wants a further political career. He’ll thus have to preside over the transition from Netanyahu to a less polarized, more functional political system where the government is competent and can deliver.

And for the two left-wing parties, eclipsed in the past decades by a resurgent right, the goal is more straightforward: survival and a chance to further its social agenda, including supporting reform & conservative Judaism in Israel, advancing LGBTQ rights, promoting public transportation on the Sabbath, and protecting the integrity of Israel’s judicial system. 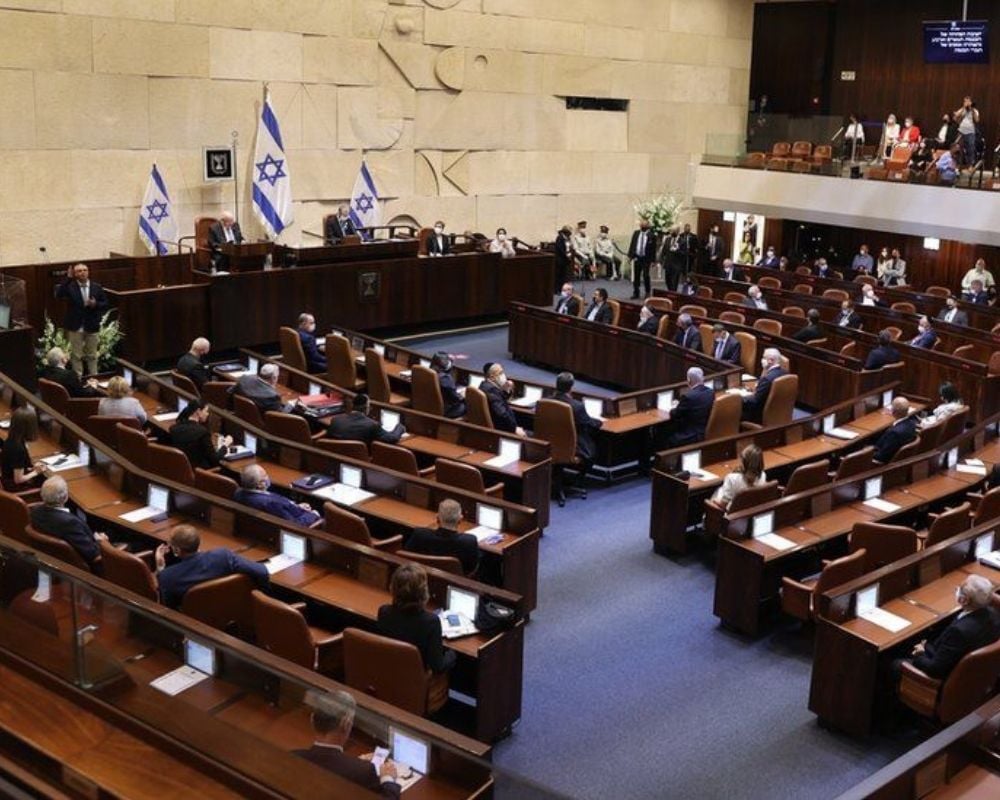 Second, the government’s longevity will also depend on the relationship between Bennett & Lapid. Here, the future looks somewhat promising. Bennett & Lapid have been cooperating against Netanyahu since 2013, and they have good personal chemistry.

Unlike Netanyahu, Bennett is, by all accounts, collegial and has avoided the accusations of narcissism & paranoia that dogged Netanyahu. Indeed, with only six Knesset seats under his control, Bennett lacks the party base to become a larger-than-life figure along the lines of his predecessor.

The coming together of the two parties signaled a temporary alignment dedicated to eradicating a leader the country couldn’t survive under. Once the goal is accomplished, the question remains whether the two parties will continue working together on a viable government formation or self-destruct with infighting. Do you think they will find a way to survive? 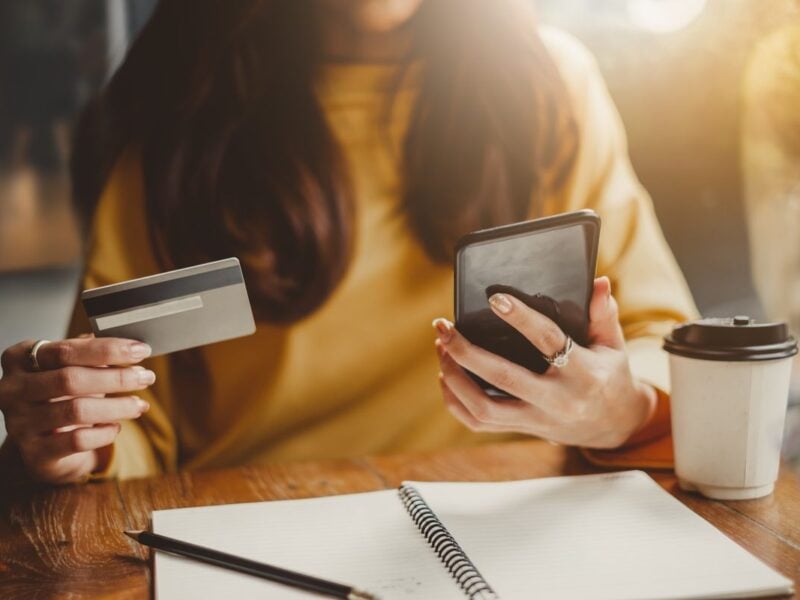 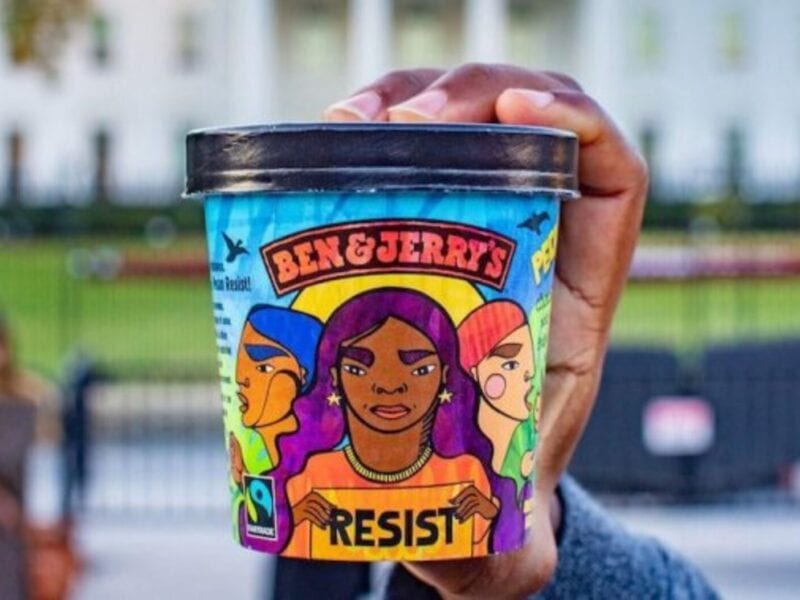 Why are these Ben and Jerry’s ice cream flavors banned now?