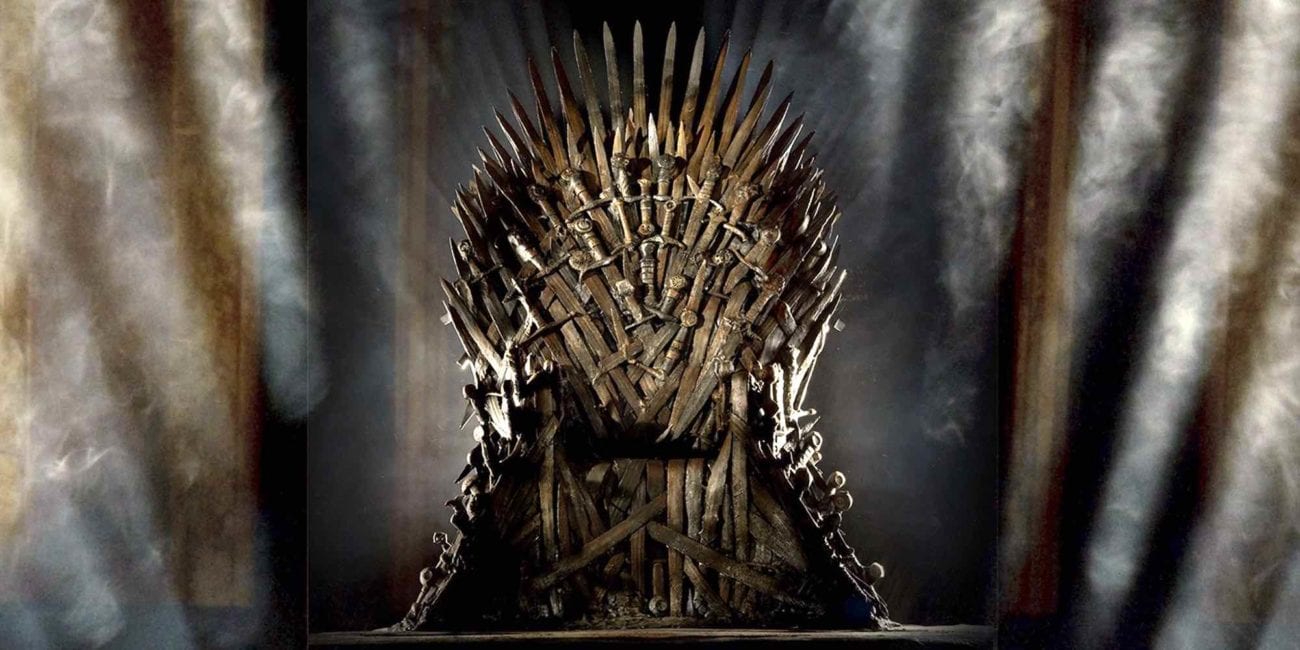 Will the Iron Throne survive the ‘Game of Thrones’ finale?

Film Daily peers askance at our coverage from just after the episode of Game of Thrones that triggered a hundred million SJWs when Dany broke bad. Think of it as our ode to a very pointy chair indeed.

The week we’ve all looked forward to is here: the finale of the eight seasons of HBO’s flagship low-fantasy TV series Game of Thrones is coming this Sunday.

Daenerys “Stormborn” Targaryen cruelly and unnecessarily laid waste to the capital King’s Landing in the penultimate episode after the stresses since landing in Westeros: the deaths and undead resurrection of her dragon children, losing her fleet, the murders of her best friend and most loyal protector, losing her handsome new boyfriend, etc. 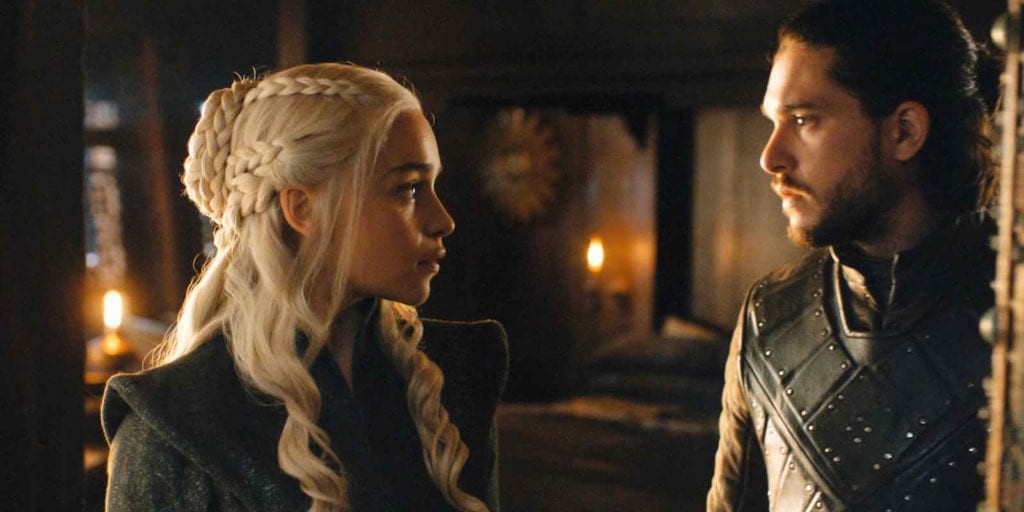 After her adrenaline subsides, Dany looks around the devastated city and realizes she now carries the karma of destroying the lives of thousands of innocents. She feels terrible about her actions and apologizes to Tyrion and Jon, who forgive her (cuz dey whipped af). Davos, however, can’t bring himself to serve anyone capable of such obvious chaotic-evil deeds. The Onion Knight offers his advisory services to hapless new Lord Gendry Baratheon over in the Stormlands.

The team in the Red Keep begins a long & arduous rehabilitation program to settle the Dothraki in some farmlands nearby, and the Unsullied resume their city watch gig from Meereen as the new Gold Cloaks.

Dany is ruling Queen, Jon is chill King, Tyrion is Hand, and what the heck, Dany’s also pregnant with Jon’s heir. Winning! 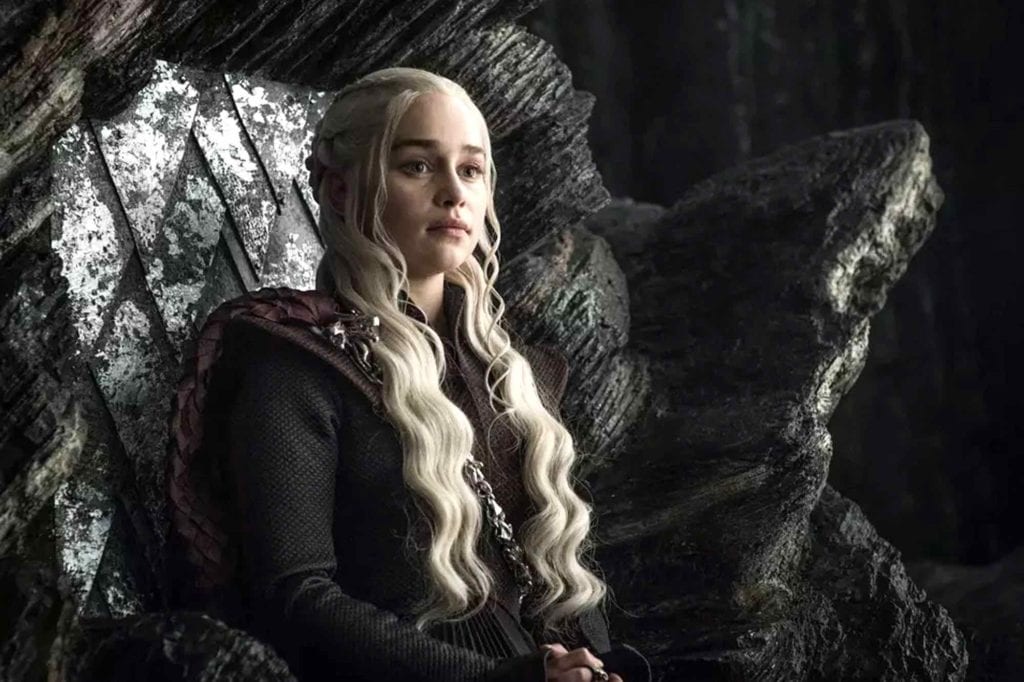 After the battle, Dany is exultant. Future generations will appreciate her utter destruction of the old guard – anyone harmed in the carnage is beneath notice. She seizes the Iron Throne with no regrets, to Tyrion and Davos’s horror.

Tyrion, wanting to get as far away from this monster as possible but also wanting to retain the “possibilities” inherent in not being fried to a crisp by dracarys, is gratefully named Warden of the West, Lord of Casterly Rock. Davos goes to Lord Gendry as above. Bronn gets Highgarden just as he requested and makes it the new home of House Blackwater – a Lannister always pays his debts!

Jon is also disgusted with the cruelty & destructiveness of his ex-girlfriend, and opts to go back to the Wall & Ghost. Given Dany’s growing list of cowed Westerosi allies, Warden of the North Lady Sansa of Winterfell bends the knee and begins plotting with the Maesters to kill both Dany and Drogon. Bring it on, bitch! 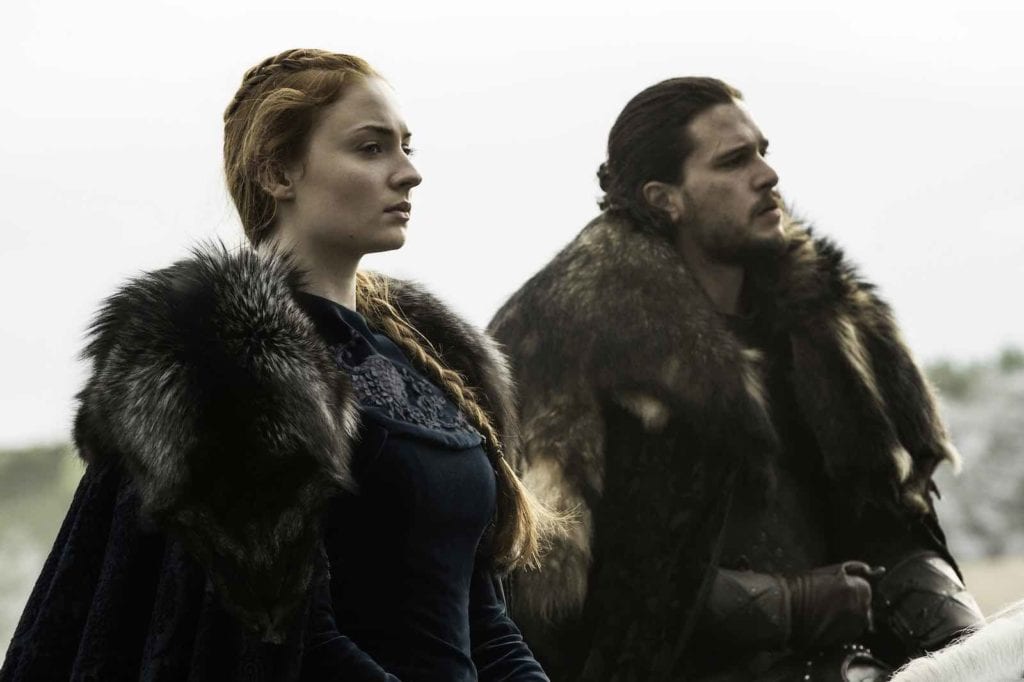 The King Aegon/Sansa the Hand play

Since Jon dropped the bomb he’s actually Aegon Targaryen VI, Lady Sansa’s been angling to get her dear cousin Jon on the Iron Throne. She manages to convince him it’s best “for the realm” (h/t Lord Varys, R.I.P.) and that she’ll do most of the work anyways as Hand; Bran can cover her duties in Winterfell as interim Warden of the North.

Sansa has Arya murder not only Dany and Grey Worm, but Drogon as well (with a well-timed scorpion sneak attack a la Unkie Euron). The Unsullied and Dothraki have lost their figurehead Khaleesi/Misa and head back to Essos, demoralized.

Tyrion takes over Varys’s old gig as Master of Whisperers, and level-headed Davos comes on as Master of Coin. Jon & Tyrion tame Sansa’s worst impulses and the Seven Kingdoms prosper in a continuing uneasy truce. Hopefully they do better than King Robert. Gods, he was strong, though! 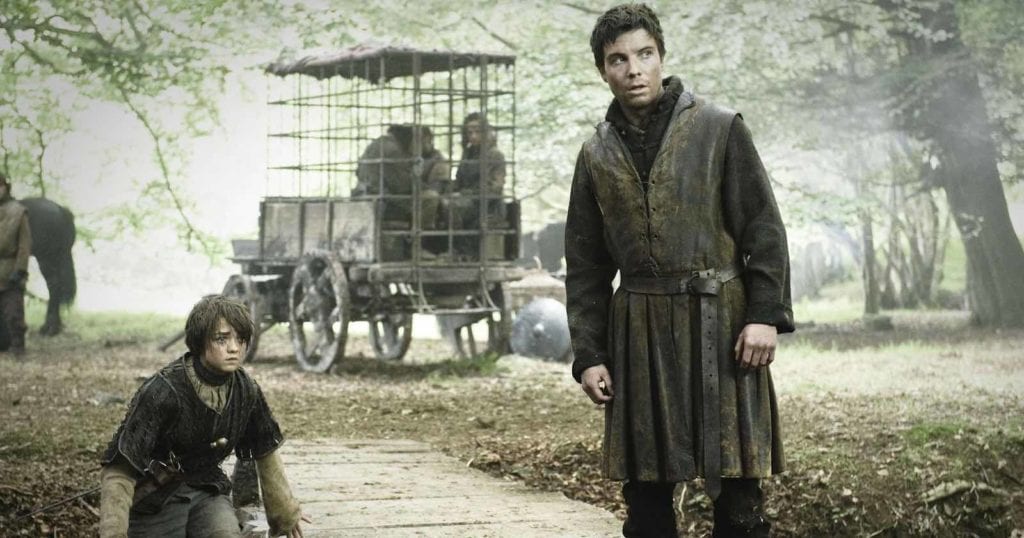 Arya decides good-hearted Gendry should be Westeros’s next dictator and convinces Tyrion, Jon, and Davos of this; Tyrion agrees because he’ll be easily controlled, pliable. Davos still feels bad he got kidnapped by Melisandre, and Jon DGAF. Mastermind Arya goes ahead and takes care of the murders of Dany, Grey Worm, and Drogon as above.

Lastly, Arya facechanges into the interim High Septon to marry off Lady Sansa to Lord Gendry in a grand alliance, and declares Gendry King of the Andals and the First Men. Sansa is a schemer and Gendry is hapless, but they get by with good council. Queen Sansa at last! Just wait till you see her outfits – they’ll make Cersei look like a washerwoman! 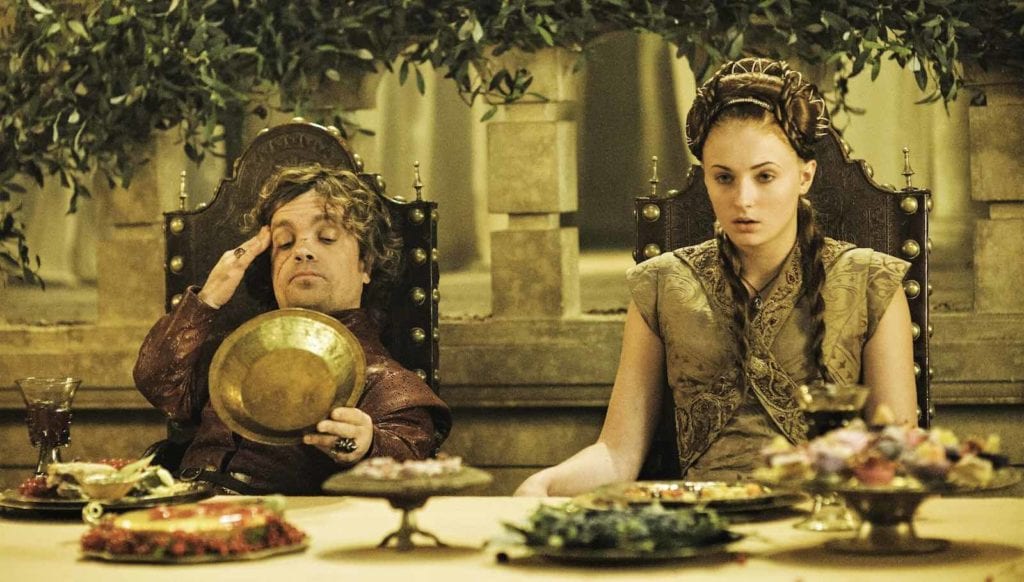 Everyone but Dany thinks Tyrion is still smart, even though he’s only made dumbass mistakes since the beginning of season 7 – so they angle to get the diminutive pol on the Iron Throne.

First, Arya dispatches Dany and Grey Worm. Jon gets out of the picture completely, riding Drogon to the Wall to repair its breach. Sansa & Tyrion renew their vows, creating a vital North-South alliance to keep the Seven Kingdoms together.

Tyrion is crowned as heir to the Iron Throne, since his big sister the Queen passed away with no living children. Sansa is Queen; Davos is Hand. Sansa & Tyrion make for a fiery political pair; together they forge a lasting peace in Westeros.

Sansa is of course celibate, and Tyrion’s old crush Dany is out of the picture – so he goes back to his roots, enjoying the finest Dornish wines and professional talent King’s Landing has to offer and setting him up for his deathbed wishes. Happily ever after! 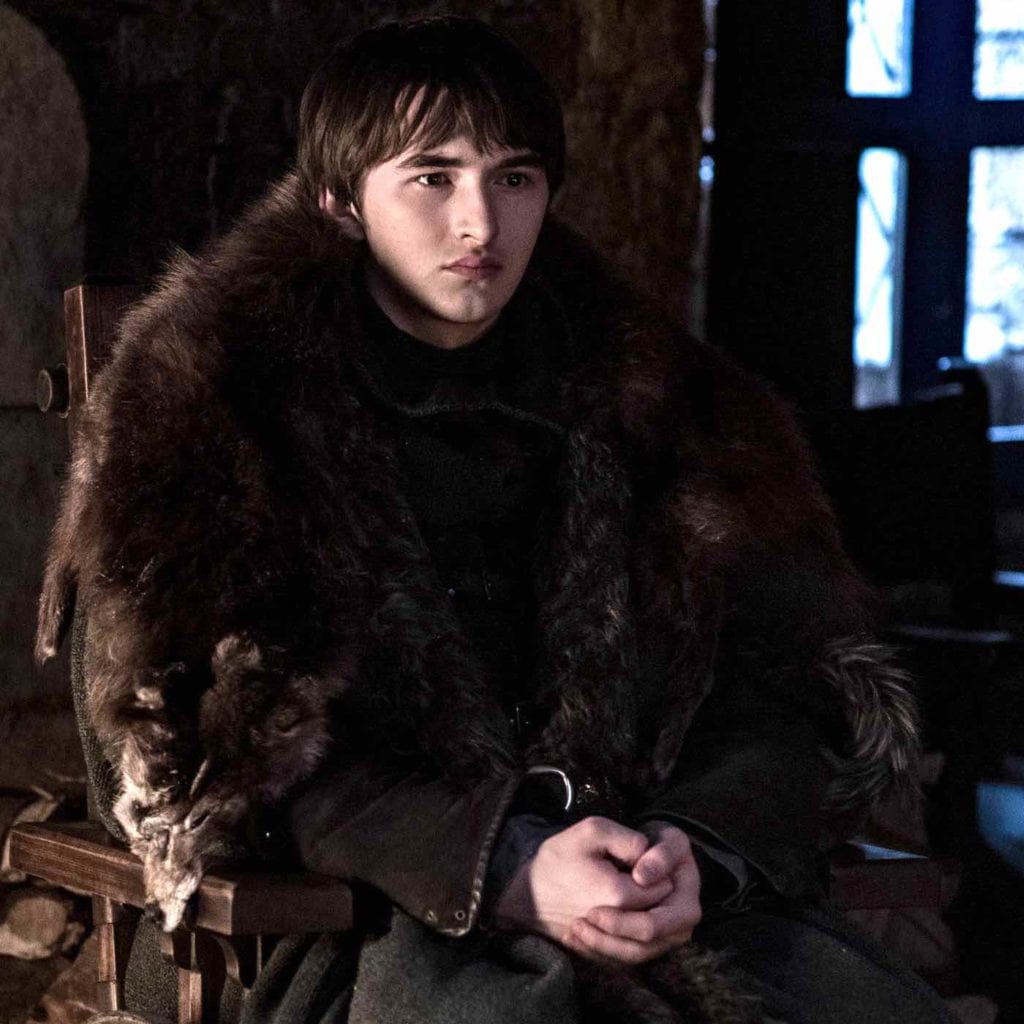 Arya dispatches Dany, Grey Worm, and Drogon on her own volition. Everyone left in King’s Landing is relieved af, and agrees that inhumanly objective Bran would make for an ideal decisionmaker and therefore unarguably impartial ruler – so they come up with a plan.

First, they crown Jon King Aegon the VI, who immediately declares his cousin Bran to be his only rightful heir – then he abdicates. Bran, feeling very neutral about it, is shipped down to King’s Landing to be crowned. 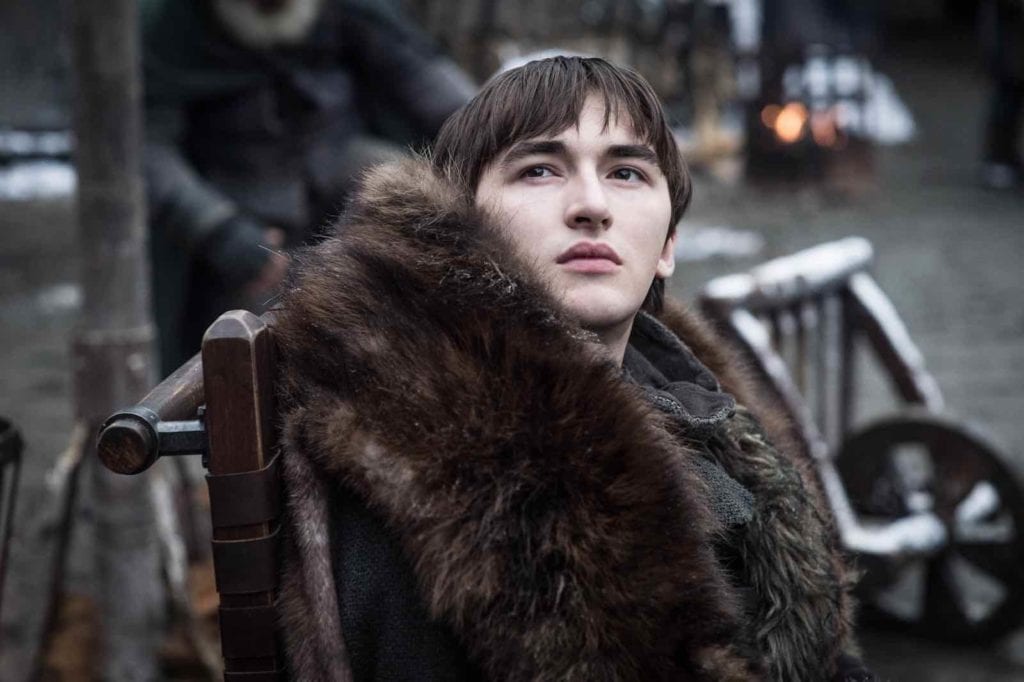 Practical King Bran orders the Iron Throne melted not only for symbolic reasons, but also comfort. He rules in peace for 60 years, perched on his wheelchair atop the bare dais in the Great Hall.

Future generations of Maesters call him King Brandon the Good – but despite his supernatural prescience, the succession chaos resulting after the end of the childless Greenseer King’s long reign plunges the continent into a generation of terrible warfare. Ah well, can’t win ‘em all. 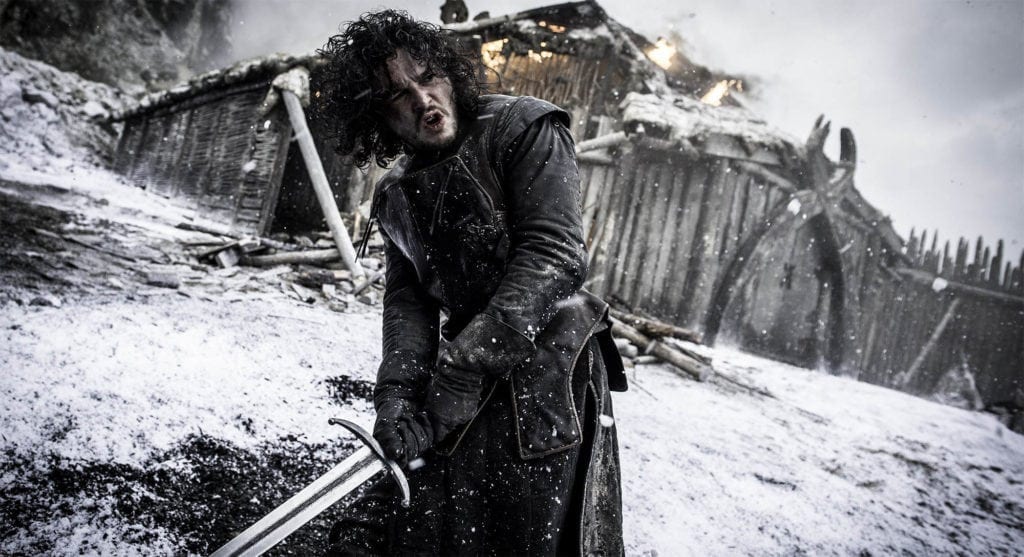 Jon, Davos, and Tyrion are horrified at what Dany has done. They arrange for Arya to kill Dany, and Jon to get Drogon and burn the Unsullied and Dothraki to a crisp. Then they crown the rightful heir to the Iron Throne, Aegon VI.

Jon’s first act as king is to split the Crownlands between good ol’ Gendry and Tyrion Lannister. Then, he dissolves the centralized administration of the Seven Kingdoms, sealing their fate as separate fiefdoms by melting the Iron Throne into a puddle of ex-swords.

Jon finally flies Drogon to Winterfell to be the defense of the castle, taking on his rightful mantle as Lord of Winterfell and King in the North – but leaving all the admin to his more capable and willing siblings Sansa & Bran. The fiery nightmare of the previous 300 years of Targaryen rule fade into history as Westeros returns to smaller-scale squabbles among the Seven Kingdoms.

Could be worse, Westeros. Hang in there and watch out for dragons and Valyrians in future. 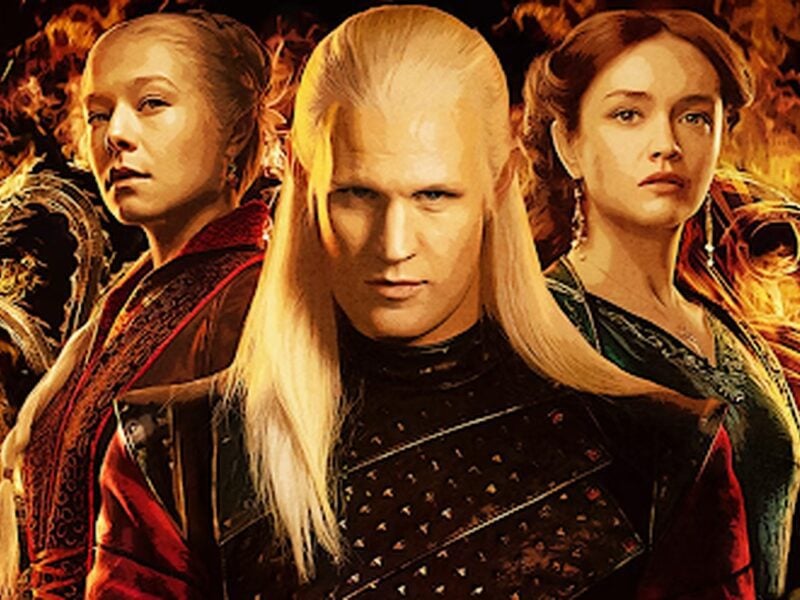