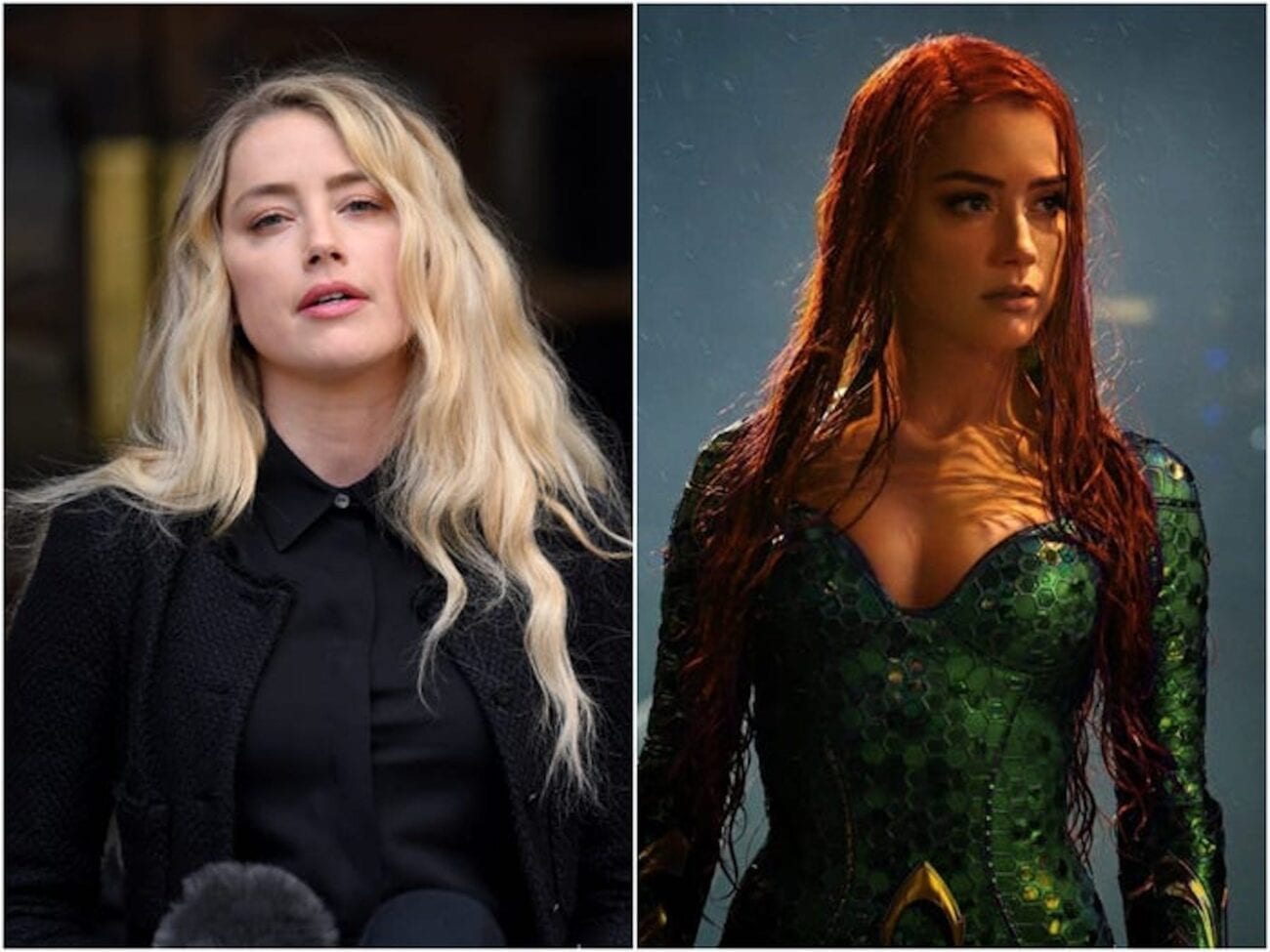 Should Amber Heard be fired from ‘Aquaman 2’ after shocking abuse claims?

In fact, Amber Heard is currently filming Aquaman 2 at this time. While Depp was let go from another Warner Bros franchise, Fantastic Beasts and Where to Find Them, due to the abuse claims against him with the role recast. With that in mind, should Amber Heard be dismissed from Aquaman 2? Should the role be recast with someone without abuse accusations surrounding them?

If cancel culture was a real Amber Heard wouldn’t still be in movies pic.twitter.com/wlgEwP3rKH

Is this a double standard in Hollywood? Sure, men are getting punished for abuse accusations. But it won’t be equal unless others are feeling the same scrutiny.

Amber Heard is still in Aquaman 2when she physically and mentally abused her husband?

Johnny depp has been removed from his upcoming projects but amber heard is still leading actress in aquaman 2. @wbpictures don't be so partial atleast respect an actor for his acting skills. #JusticeForJohnnyDepp pic.twitter.com/McS55uFJRW

Seriously. It really does make no sense.

"Fans took to Twitter to boycott the movie and slam the studio for allowing the actress to remain on the cast after she previously admitted to hitting Depp" https://t.co/XgTWA1N2K1

Crew will probably happy to see her go

You can see people based on how they treat their subordinates.

So ya’ll got Gina Carano cancelled from The Mandalorian but ya’ll can’t get Amber Heard cancelled for Aquaman 2?! What the fuck is wrong with this.. #JusticeForJohnnyDepp pic.twitter.com/RqbnBNsbwD

Twitter got Gina Carano canned from The Mandalorian. Get this done.

Now that Amber Heard is trending don’t forget that the main reason she accused Johnny Depp of DV was because she didn’t want to leave their penthouse with her leeches of friends. Boycott Aquaman and all of her projects #JusticeForJohnnyDepp #AmberHeardIsAnAbuser pic.twitter.com/Rb5geOdYH3

This is a pattern

Seriously, WB, can you make no good decisions in regards to DC movies.

Just get rid of her

You’re the studio. Fire her.

Aquaman 2 has started filming and dear God amber heard is in it. The double standards in Hollywood are fucking ridiculous. Amber heard still has a career while johnny Depp lost everything. Fuck that bitch. #JusticeForJohnnyDepp pic.twitter.com/HWJKm7m6Xa

Hard pass on seeing Aquaman 2 with her in it.