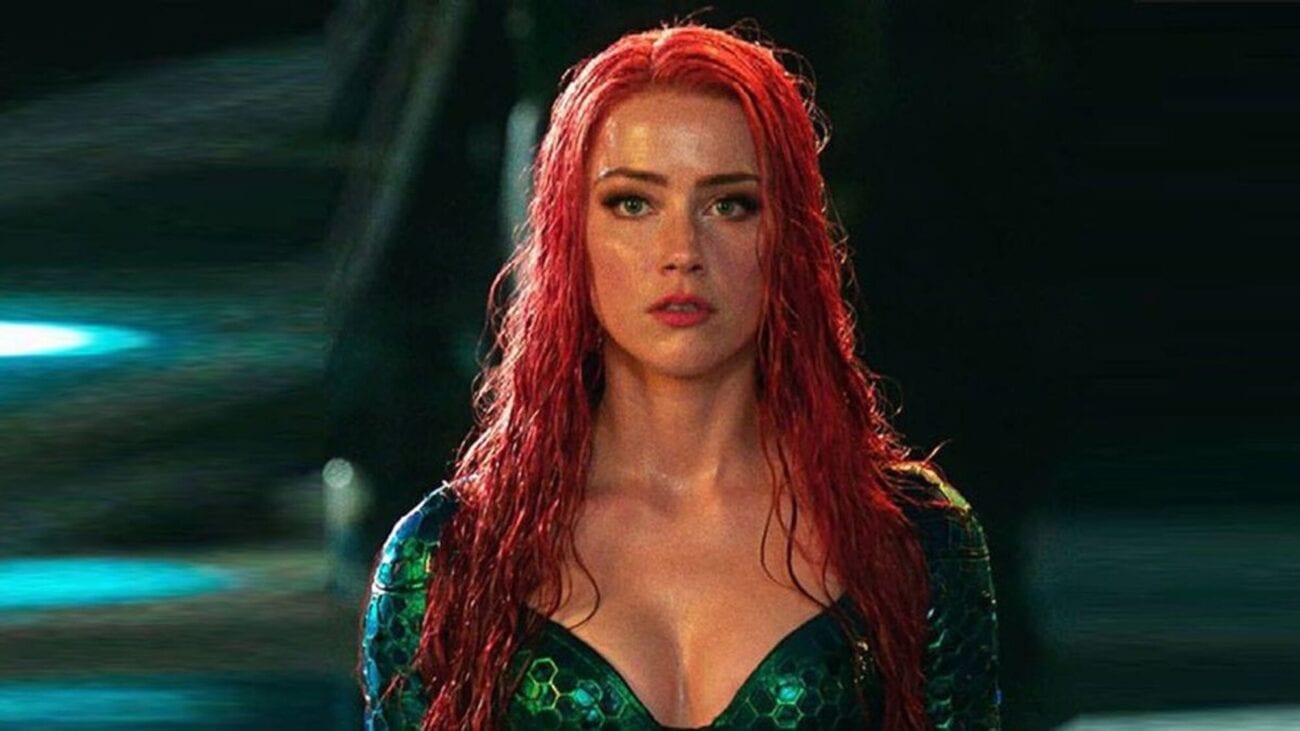 ‘Aquaman 2’: Will Amber Heard still be cast in her original role?

With all the controversy that has been surrounding Johnny Depp and Amber Heard these past years following allegations of abuse, lawsuits, and more, it’s no surprise that many people are wondering if Amber Heard will still have her titular role in the Aquaman 2 cast. Considering Johnny Depp has already been removed from the Fantastic Beasts cast, many people felt it would also be fair to remove Amber Heard.

The cast of Aquaman 2 is already preparing to start production for the highly anticipated film soon, but will Amber Heard be joining or not? Well, there are a few unclear answers still waiting to be confirmed, but we at least know a few details about Amber Heard’s involvement in the franchise. Let’s take a look at what we know so far here, as well as give you a reminder on the recent drama the star has been dealing with.

Is Amber Heard coming back for the sequel or not?

So far, it seems very likely that Amber Heard will be returning in the Aquaman 2 cast. While it has been confirmed that production for the movie will officially begin in the summer, a lot of folks have been speaking out on their wishes of Amber Heard being removed from her role as Mera. For a while, a likely candidate fans were hoping would replace her was actress Emilia Clarke from Game of Thrones.

However, whether you were on team Amber or team Emilia for the role of Mera in Aquaman 2, it doesn’t matter anyways since it has been confirmed that Amber Heard is indeed returning to the cast for the film’s highly-anticipated sequel. Back in April, Amber Heard even teased fans with her return on set for the sequel, as she showed off a picture of her reading a book while on set.

The caption read: “Before Aquaman took the last pages out of this book 🧜‍♀️ #gettingakindleforaquaman2 @prideofgypsies @aquamanmovie”. So yes, it seems that she’s definitely going to be back on set for Aquaman 2, and with a Kindle this time around as well. She further confirmed this a few days ago as well by posting a pic of her with Jason Mamoa with the caption: “ready to get back to this #aquaman2 #fbf”.

ready to get back to this #aquaman2 #fbf pic.twitter.com/GoiAwe87Xp

While rumors these past months have been swirling around that she was going to be replaced in her role of Mera, it seemed that Amber Heard was stubborn to keep her job. Insider Daniel Richtman even reported that apparently, “Heard hates people at WB for trying to pressure her [to] leave during the Depp trial”, so clearly, it’s not all sunshines and rainbows for Warner Bros and Amber Heard right now.

Reports have been going around that while Amber Heard will be keeping her role as Mera, Warner Bros executives and producers are attempting to lower her screen time due to the obvious controversy that has been going around on her name. Daniel Richtman also shared that Amber Heard is trying to get herself a bigger role in the film than she currently already has.

We Got This Covered announced that a few more women characters were going to be introduced in an attempt to lower Amber Heard’s screen time, as Warner Bros. is obviously well aware of all the negativity surrounding both Heard and Depp currently. However, it seems that director James Wan, Jason Momoa, and Arthur Curry all maintain good relations with her and have been on her side through it all.

What do you think about all this drama going on between Amber Heard and Johnny Depp? Are you expecting to see more of the star in Aquaman 2 or do you believe her screen time will actually be minimized like the rumors say? Let us know how you feel about the matter in the comments.