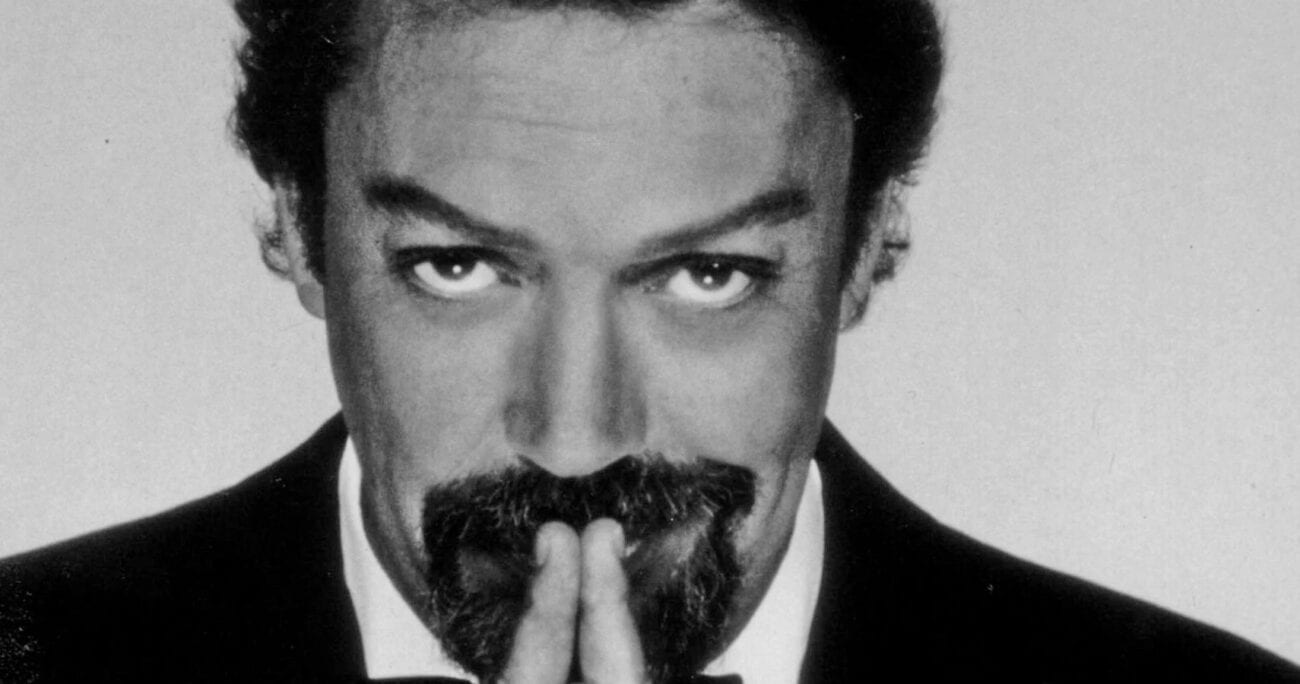 Today, April 19, 2021, is Tim Curry’s seventy-fifth birthday. Curry is a beloved actor famous for the villainous roles he’s played in world-renowned films and television series. Though most people think of Curry as an actor for the camera, he actually began his career on the stage. He played a role in the original London cast of Hair in 1968, and that role led him to starring as Dr. Frank-N-Furter in the 1973 stage production of The Rocky Horror Show.

When that production was adapted for the film The Rocky Horror Picture Show, Curry exploded onto the acting scene. Since then, Tim Curry has been the star of countless movies & TV shows, both in front of the camera and inside the voice acting studio. For a birthday celebration, let’s look back at the most iconic roles Tim Curry has played throughout his career. 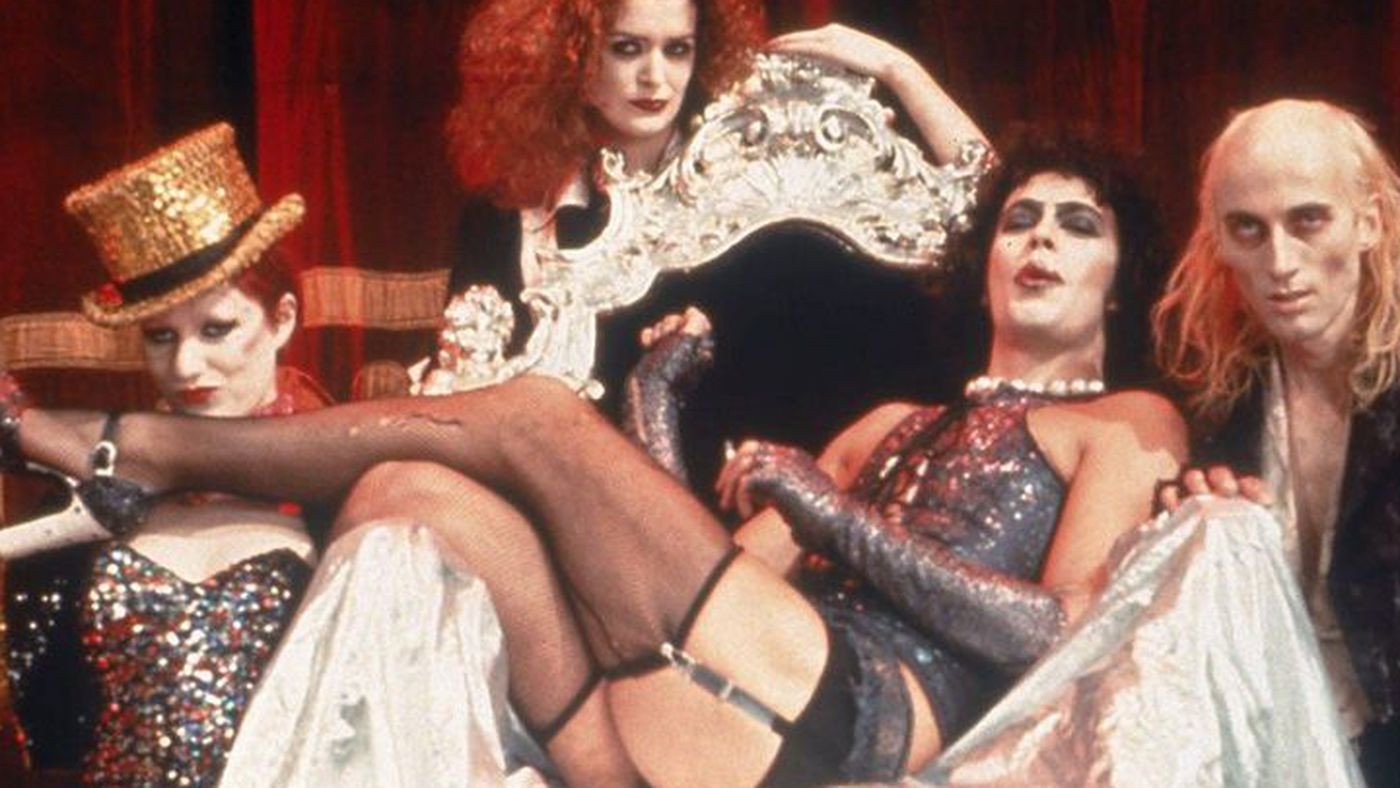 This is the film that launched Tim Curry’s career. This comedy horror musical is a cult classic. Look at theater schedules around Halloween, and you’re guaranteed to find special events featuring The Rocky Horror Picture Show.

Curry’s Dr. Frank-N-Furter is both the protagonist & antagonist in the film. The doctor is one of the strangest characters ever brought to film. Anyone other than Curry wouldn’t have been able to bring the Transylvanian, transvestite, mad scientist alien to life in quite the same way. That’s why, despite its massive popularity and endless showings, studios haven’t rushed to remake The Rocky Horror Picture Show. 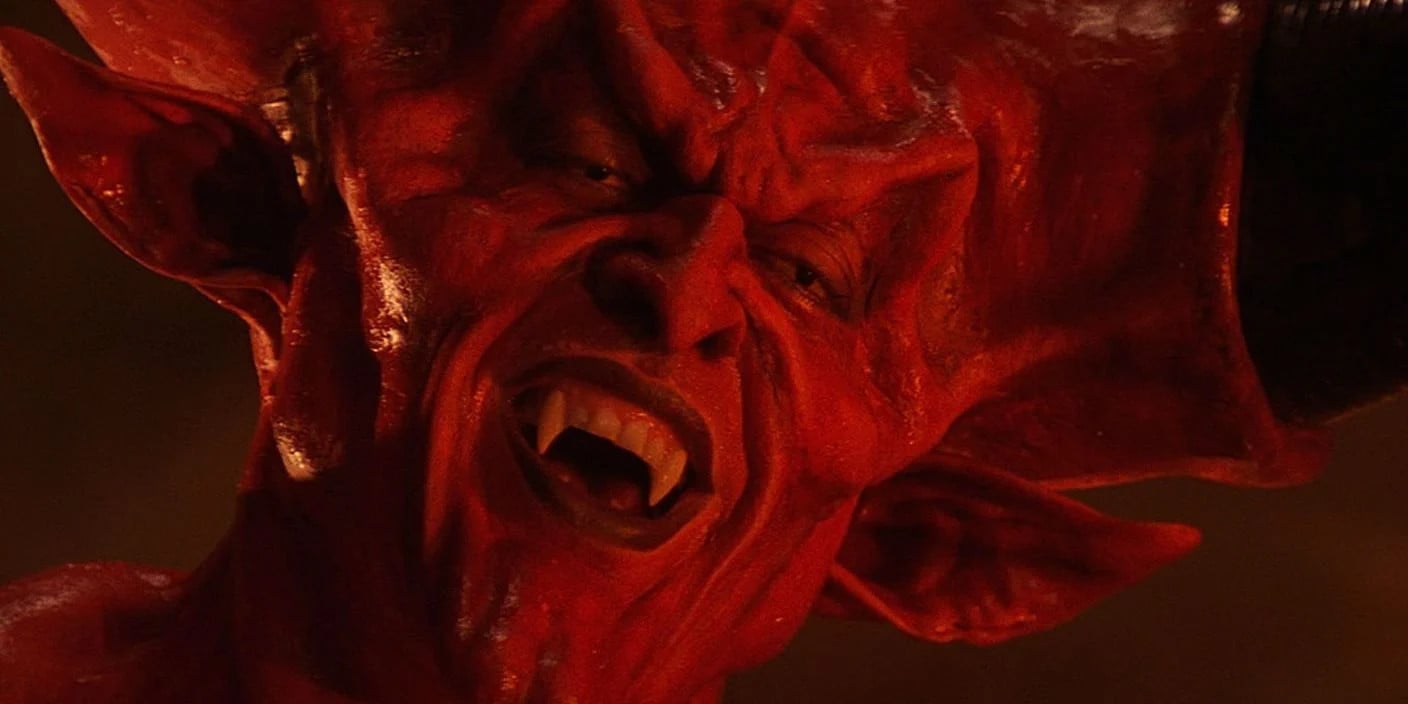 The Lord of Darkness in Legend

After Rocky Horror Tim Curry moved to another film that would go on to become a cult classic. Ridley Scott’s 1985 film Legend is a darkly epic fantasy adventure. Tom Cruise stars as the film’s protagonist, and Curry plays the villain opposite him.

After seeing Rocky Horror, Ridley Scott knew that Tim Curry was perfectly suited to bring the inhuman Lord of Darkness to life. The production team spent five hours each day to get him into the proper makeup & costume for the role. Scott made the right call, and Curry dissolved into the Lord of Darkness character and was the highlight of the film. 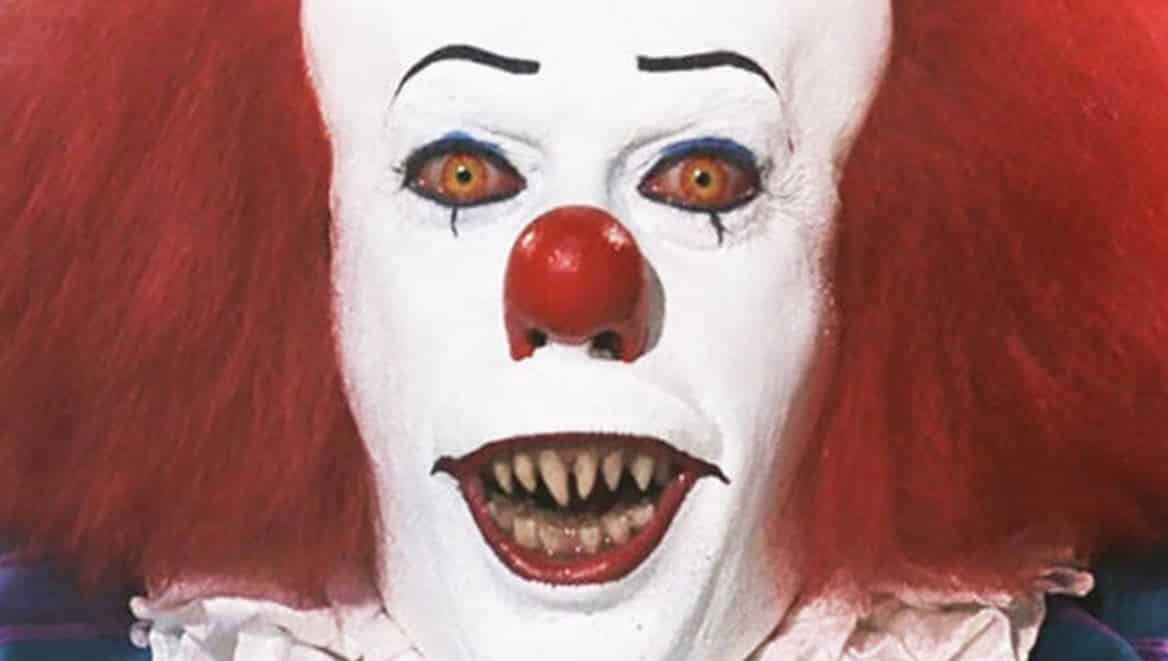 Pennywise the Clown in It

Of all Tim Curry’s movie and TV show roles, Pennywise is the most memorable. It is an adaptation of the Stephen King novel of the same name. The smash success aired in 1990 as a two-part tv miniseries.

Curry single-handedly inspired nightmares and a lifelong fear of clowns in almost everyone who saw It. His portrayal became the definitive version of the character. It was rebooted as a two-part film series in 2017. The films were well received, but they didn’t redefine Pennywise as a character. Curry still has the last word on the clown. 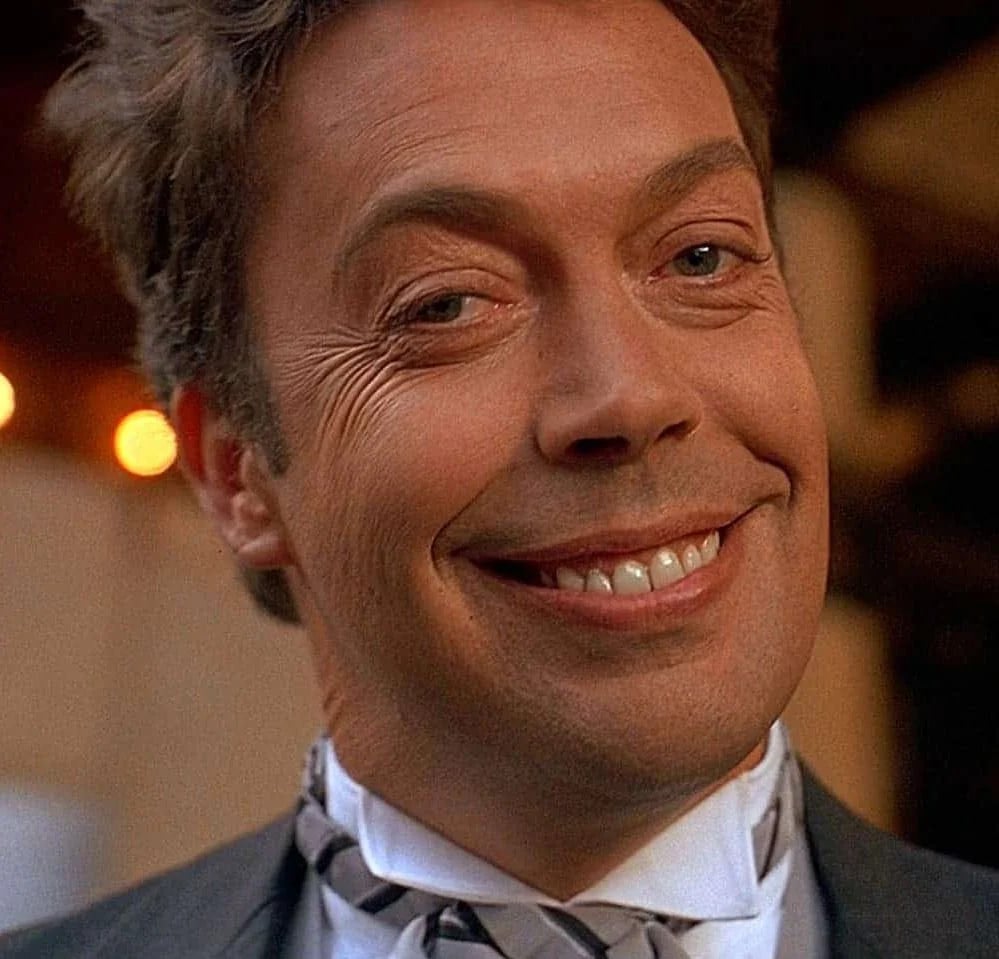 Tim Curry is best known for the villains he’s played in movies & TV shows, but he is equally talented as a comedic actor. His first breakout comedy role was as Wadsworth the butler in 1985’s Clue.

Clue is based on the board game, but the film’s darkly comedic take on the subject matter is what makes it stand out. What could have been a cheesy studio cash-grab was elevated to so much more by creative writing and outstanding performances from Curry and his co-stars. Clue has earned a cult status that’s nearly as renowned as Curry’s other ‘85 project Legend. 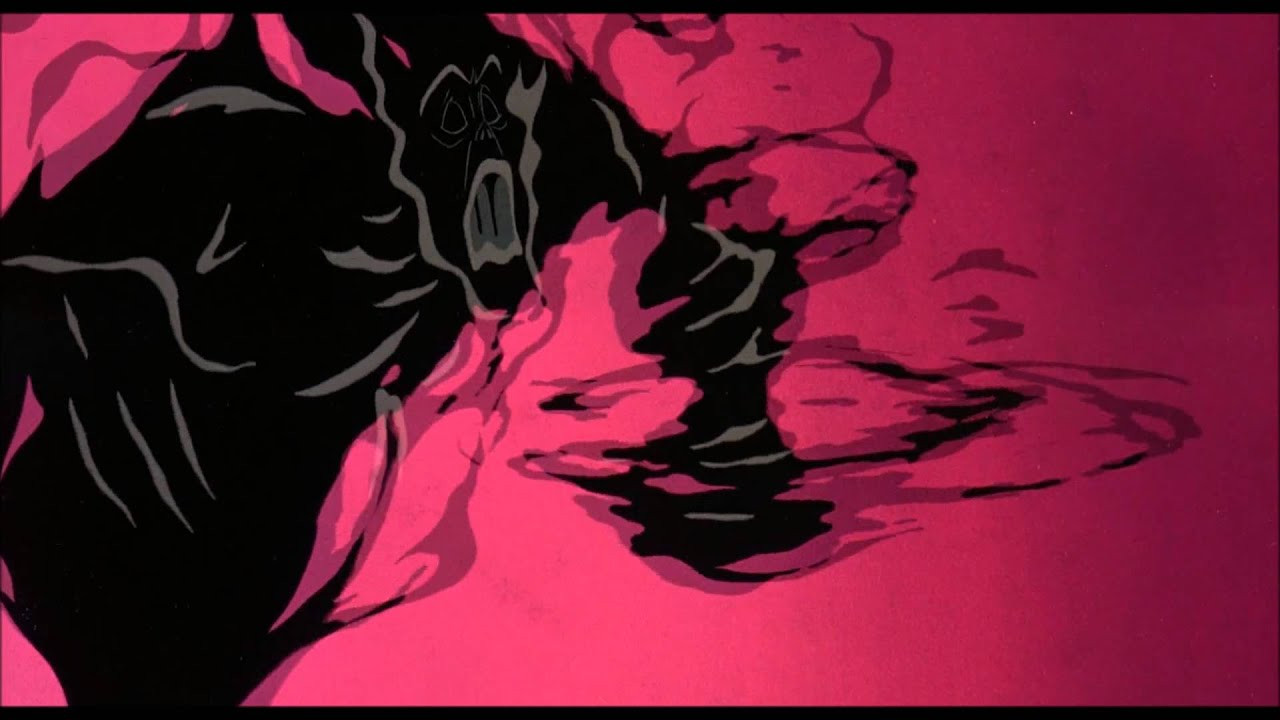 Curry’s voice acting career deserves more than a few words. He’s lent his vocal talents to more animated movies & TV shows than most other actors of his caliber. In 2012 Curry suffered a stroke that left him wheelchair-bound, and since then he’s been voice acting in more productions than ever before.

Some of Curry’s standout vocal performances have been in The Little Mermaid as Evil Manta, Peter Pan and the Pirates as Captain Hook, and Star Wars: The Clone Wars as Emperor Palpatine. And let’s not forget Hexxus in FernGully: The Last Rainforest. Aside from animated movies & TV shows, Curry has also lent his vocal talent to video games & audiobooks.

There are few actors with the range that Tim Curry has. His seventy-fifth birthday is as good a time as any to go back and enjoy some of his greatest roles.