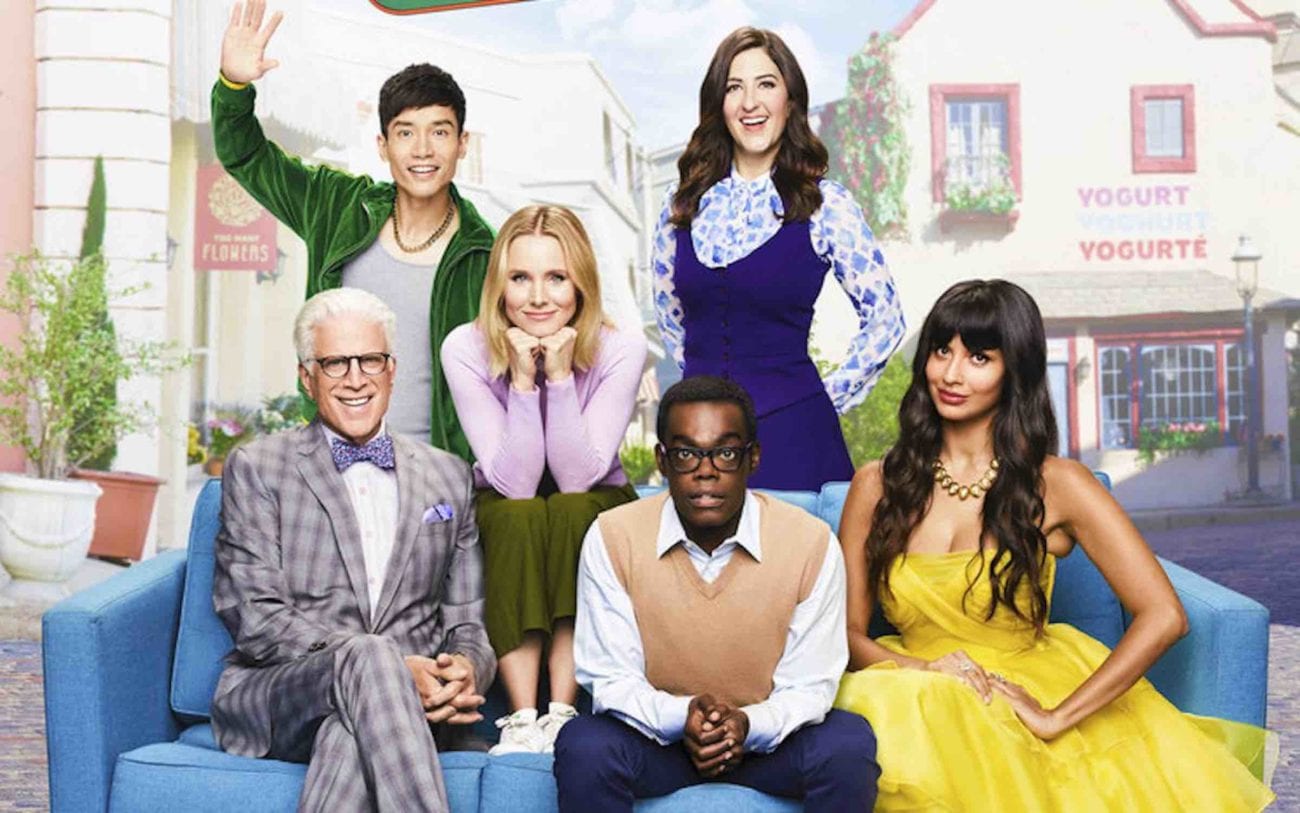 The Good Place is back, benches! After leaving us in a puddle of tears after “Pandemonium” last season, we’re back in the new fake Good Place. The four new humans officially have been introduced and we’re ready to see who’s who, and more importantly: who’s here to torture whom.

In the land of the Soul Squad, Jason (Manny Jacinto) is getting beyond jealous of Derek (Jason Mantzoukas), who’s still after Janet’s (D’Arcy Carden) heart. Jason decides to utilize the Jason way of solving his problems: causing about 17 other problems in the process. Obviously Janet isn’t happy about any of this, while she’s working hard to maintain a horde of fake human beings.

Eleanor (Kristen Bell) is still reeling from losing her one true love Chidi (William Jackson Harper), who doesn’t even remember her name. But she’s taking it in stride, pouring all her energy into the new experiment. The big focus this episode is figuring out what each person’s deal is and how to help them improve as people. So let’s break it down human by human. Major spoilers ahead! 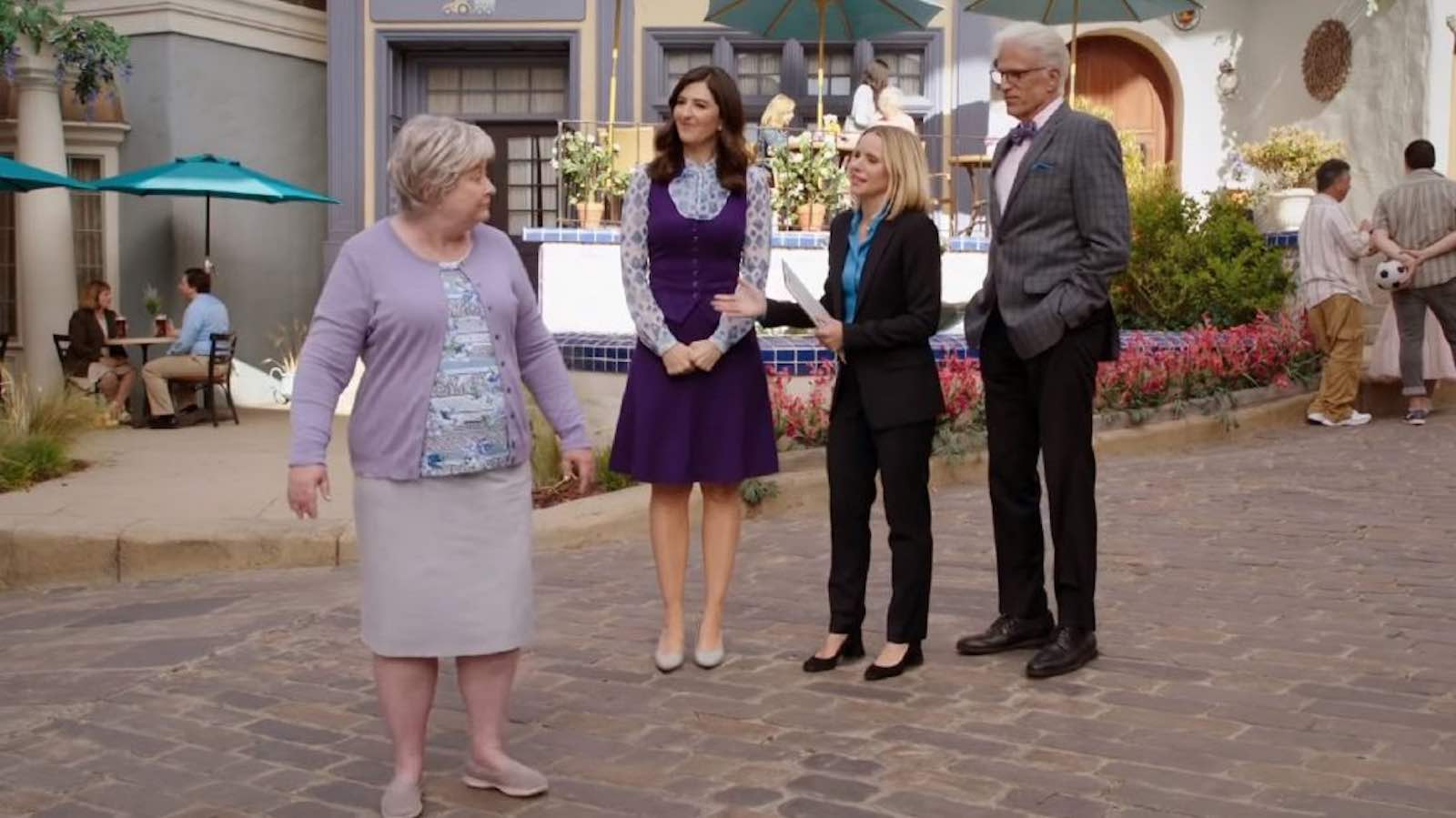 We’ll start right off the bat with the old lady that became The Good Place’s biggest tease as we got closer to the season premiere. At first glance, she seems like an old lady who kicked the bucket from natural causes. She’s quiet, gives one or two word answers, and really likes mints.

From the get-go, Tahani (Jameela Jamil) has a bad feeling about Linda, as she’s clearly uninterested in everything, even a golden elephant spouting the world’s darkest secrets. Finally, Eleanor and Michael (Ted Danson) pull out the ol’ Flying Day trick from season one and to get Linda interested in something, anything at all.

Finally, they break Linda down, but not in a good way: she goes on a rampage, punching everyone in the face. Turns out, Linda was Chris the demon (Luke Guldan) in an old lady suit. He quickly gets busted and kicked out of the experiment, sent on a train back to the Bad Place. The Judge (Maya Rudolph) is informed and since it’s already day two of the experiment, she decides to sub in: 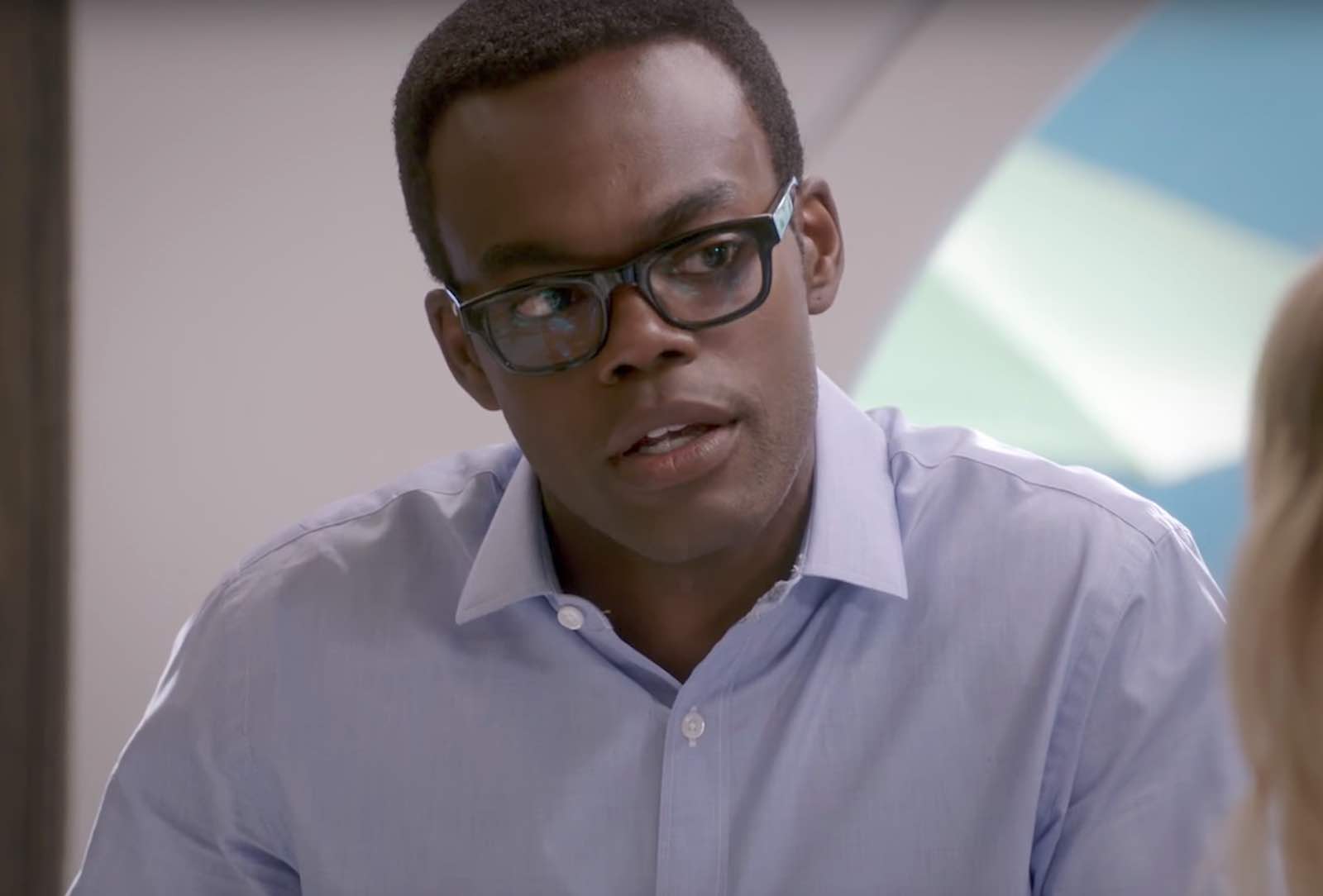 Our baby, Chidi. Since his memories were already wiped, it’s like he’s a new person. Plus, he’s the one who has to teach everyone anyway, so it all works out.

Within the first five minutes of the episode, Mike Schur and company pull on our heartstrings, making us watch Chidi talk to Eleanor without knowing who she is to him. He gets his old apartment back, full of books and reading lamps, and attempts to get Eleanor’s name stuck in his head so he’ll remember. If he only knew how many centuries he’s actually known her.

Chidi takes a relative backseat this episode, but ends up being pulled in to help Simone (Kirby Howell-Baptiste) try to adapt to her new life in the Good Place. Plus, as the one who will be teaching everyone ethics, it doesn’t hurt to get to know the teacher before class begins. 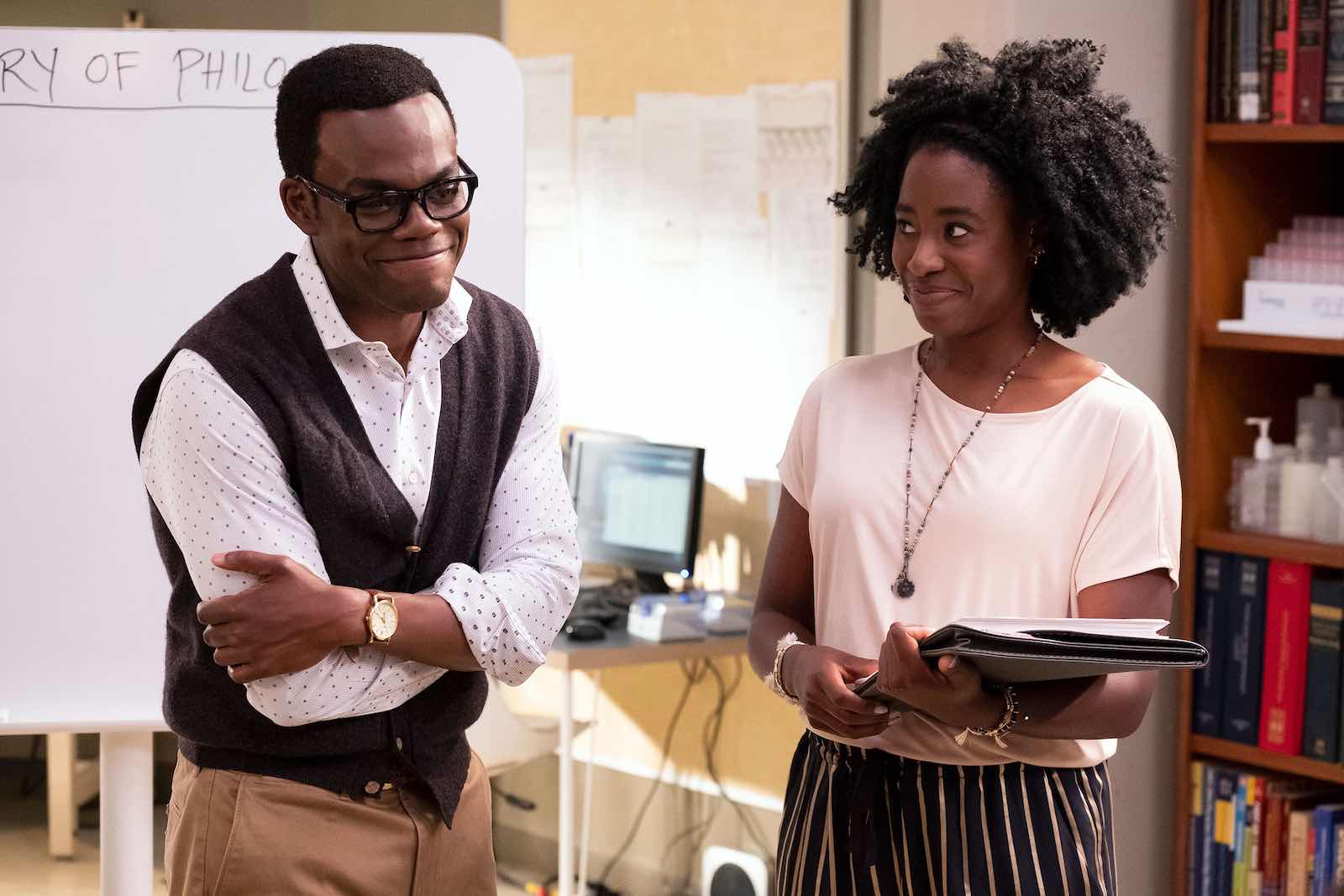 It’s a good idea to get Chidi introduced to Simone early, because she has lost her forking mind. At the end of season three when we find out Simone was chosen for the new experiment, she was adjusting quite well to everything. But now she isn’t taking anything seriously, because she thinks it’s all just a hallucination she’s having before she either dies or wakes up from a coma.

As a neuroscientist, it’s no surprise she’s having different views of the afterlife than everyone else, but Simone is going to be a lot of work. Even Chidi, who brought some emotion and feeling into her life on Earth, couldn’t get through to her, because in her head he’s only showing up in her hallucination because she saw his name on the faculty list at St. John’s University. Oops.

Of course, while all the attention is going to be on Linda this episode, we can’t ignore our other new human, Brent. All you need to know about his personality is he said he can’t be racist because his dentist was black. Eleanor right off the bat knows the demons chose him to upset her, as he’s the definition of a boorish, privileged misogynist.

While we don’t get much knowledge about him besides that he likes to golf and thinks Janet is his personal secretary, we do know he’s probably going to be the hardest to change. Like Eleanor in season one, Brent doesn’t see himself as a bad guy and doesn’t understand why other people would find him problematic. That makes his transformation process that much more fascinating. 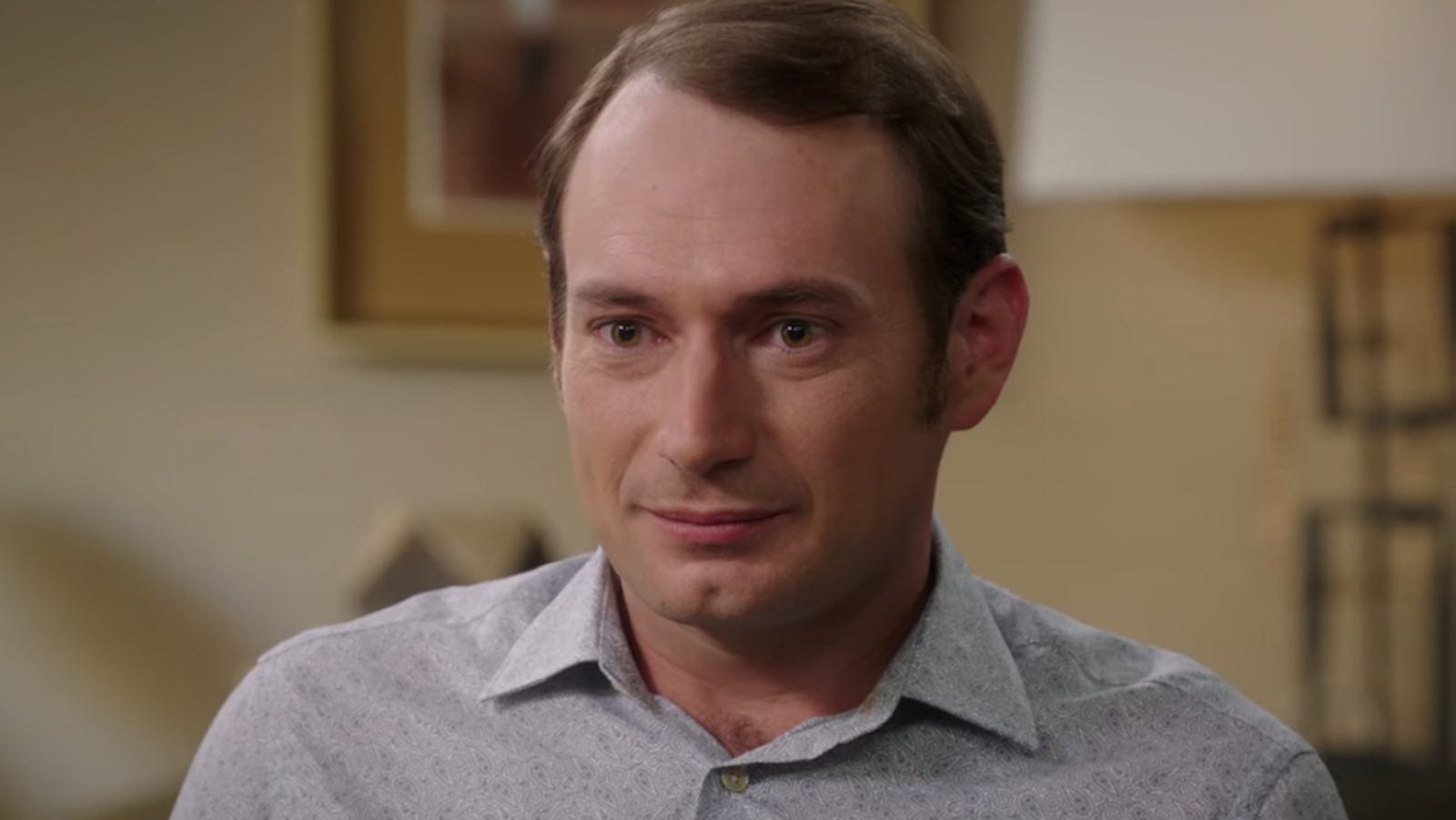 We’re tacking John on at the end here, because this episode of The Good Place did the same thing. After giving us a solid introduction to him back in S3E12 “Pandemonium”, there’s not a whole lot to focus on with him in this episode. All we got was a quick glimpse at his cocktail party conversations in which he mentioned he was “gonna go take a loop, see who gets me”.

We already know John’s here for Tahani, but he’s the wild card. He could end up improving, or he could be the one to bring the entire experiment down. Hard to say right now. 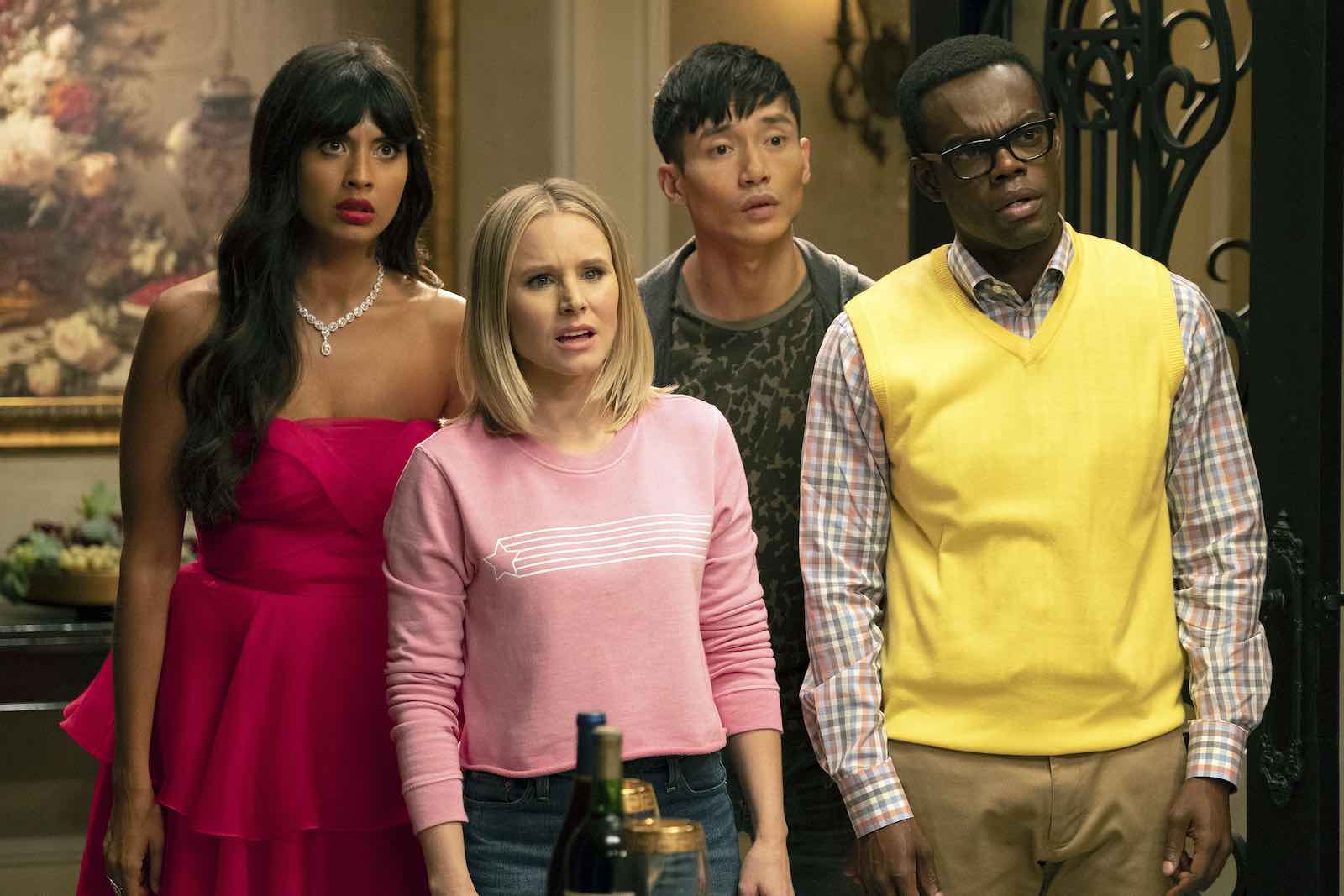 This is just part one, but unlike in previous seasons, part two airs next week instead of directly after part one. Don’t worry; our ashes will be on the couch ready to go next week, with another update on where our new Soul Squad stands.