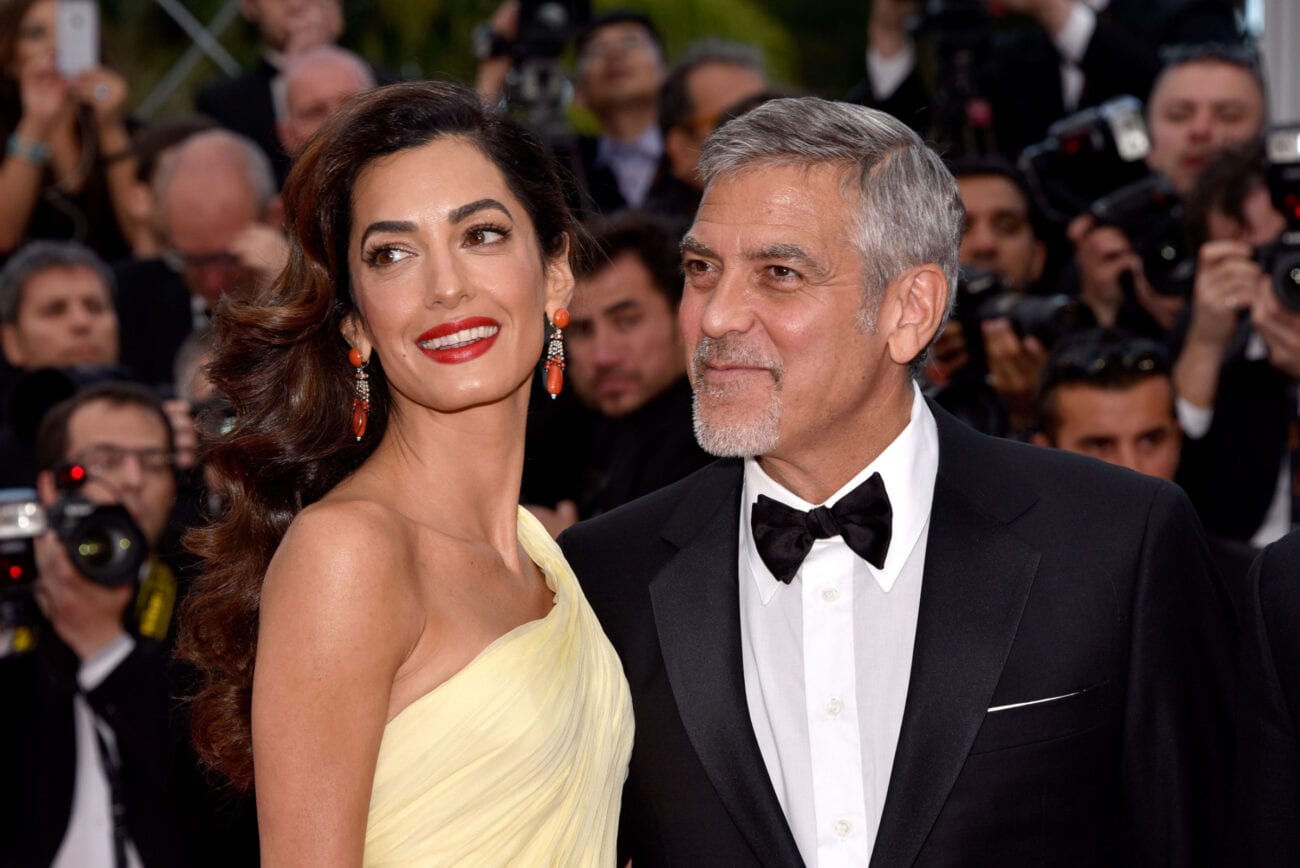 There have been a number of high-profile celebrity divorces making headlines recently. The pandemic has everyone on edge, even celebrities, and all that extra stress is hard on a relationship.

Some celebrity relationships have more public investment than others. You might not think twice about Bill & Melinda Gates splitting up while you’re losing sleep over the thought of George Clooney and his wife going through relationship struggles.

George & Amal Clooney have been the perfect encapsulation of “relationship goals” for years. Their real-life love story sounds like something that would get Clooney nominated for an Oscar. Let’s take a look at the greatest celebrity love story of the generation and then check in to see how the Clooneys are faring through the coronavirus pandemic. 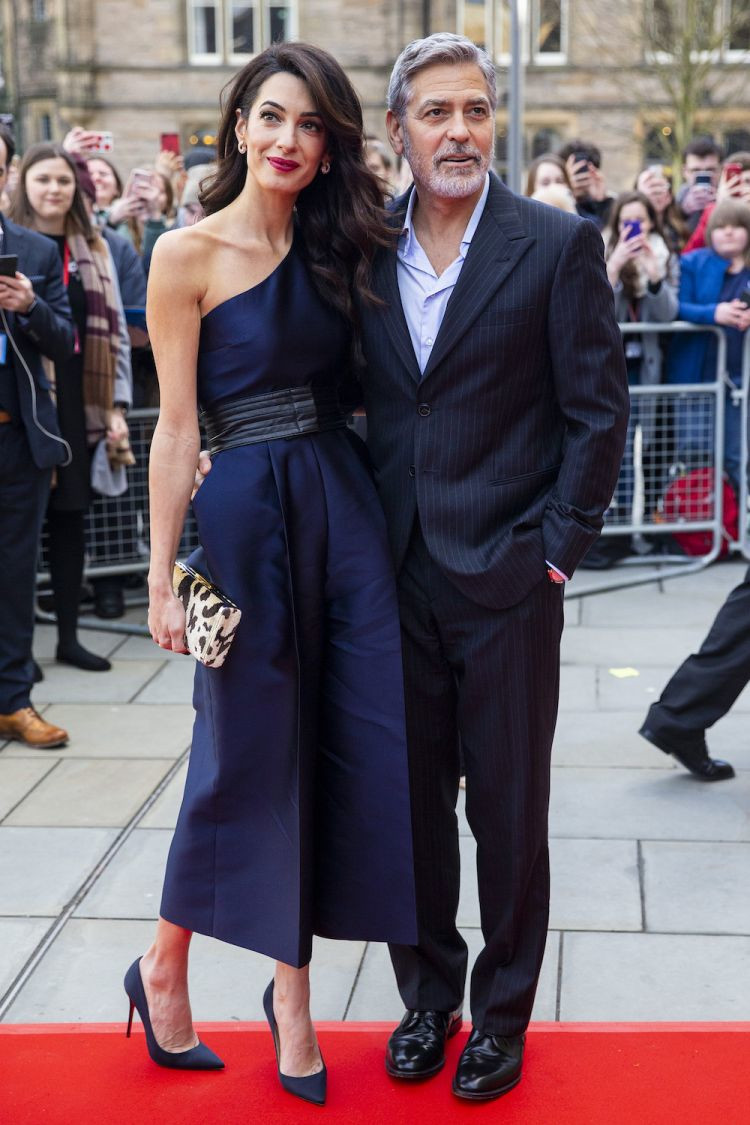 Anyone who’s seen how happy George Clooney and his wife are together would be shocked to learn that neither of them ever imagined they’d get married. Both of the Clooneys thought they’d spend their lives single, and George has said he never thought he’d want kids. That all began to change back in 2013.

Clooney told the story of meeting his future wife on David Letterman’s Netflix show, My Next Guest Needs No Introduction,  in 2015. He said that he got a call from his friend, who told Clooney the woman he was going to marry was coming over to his house. Imagine one of your best friends giving you that kind of news.

Sure enough, Clooney’s friend showed up with the future Amal Clooney in tow. She was thirty-five when the two met. Amal has joked about how, just before meeting George, she was sure she’d grow into an old spinster. Instead, the two began spending time together and quickly fell in love. 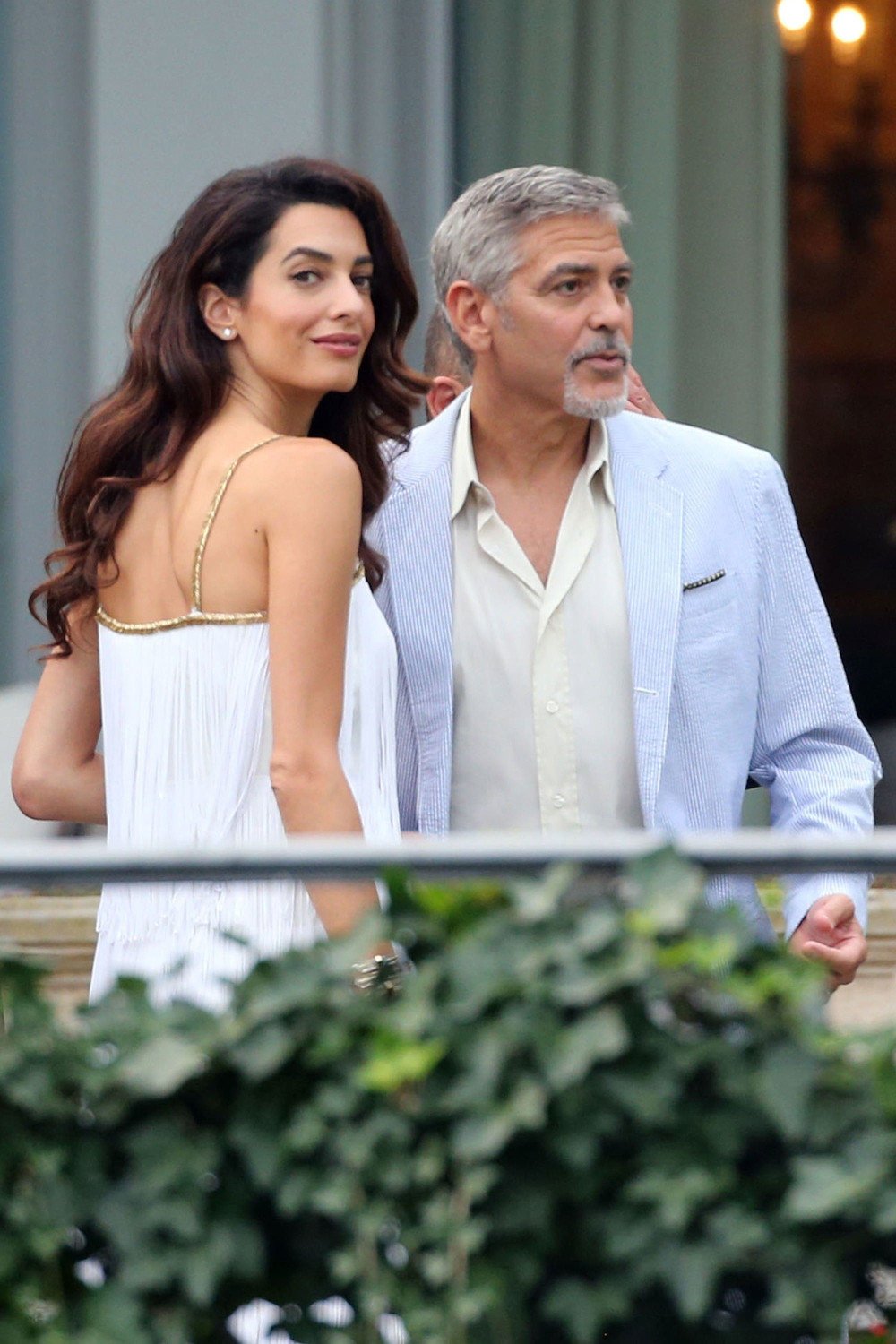 In a 2016 interview with Ellen DeGeneres, George Clooney explained how he proposed to his wife. He said that six months into the relationship he started to think about popping the question. However, he didn’t say anything about it to Amal. The two of them never discussed getting married, so when Clooney dropped to one knee with a ring in his hands, Amal was floored.

They both joke about it now, but it took Amal a long time to say yes to Clooney’s proposal. Clooney stayed on his knee for ages, until he made a wisecrack about throwing out his hip, and Amal gave him the answer he was dying to hear. Barely a year after they’d first met, the two were married. 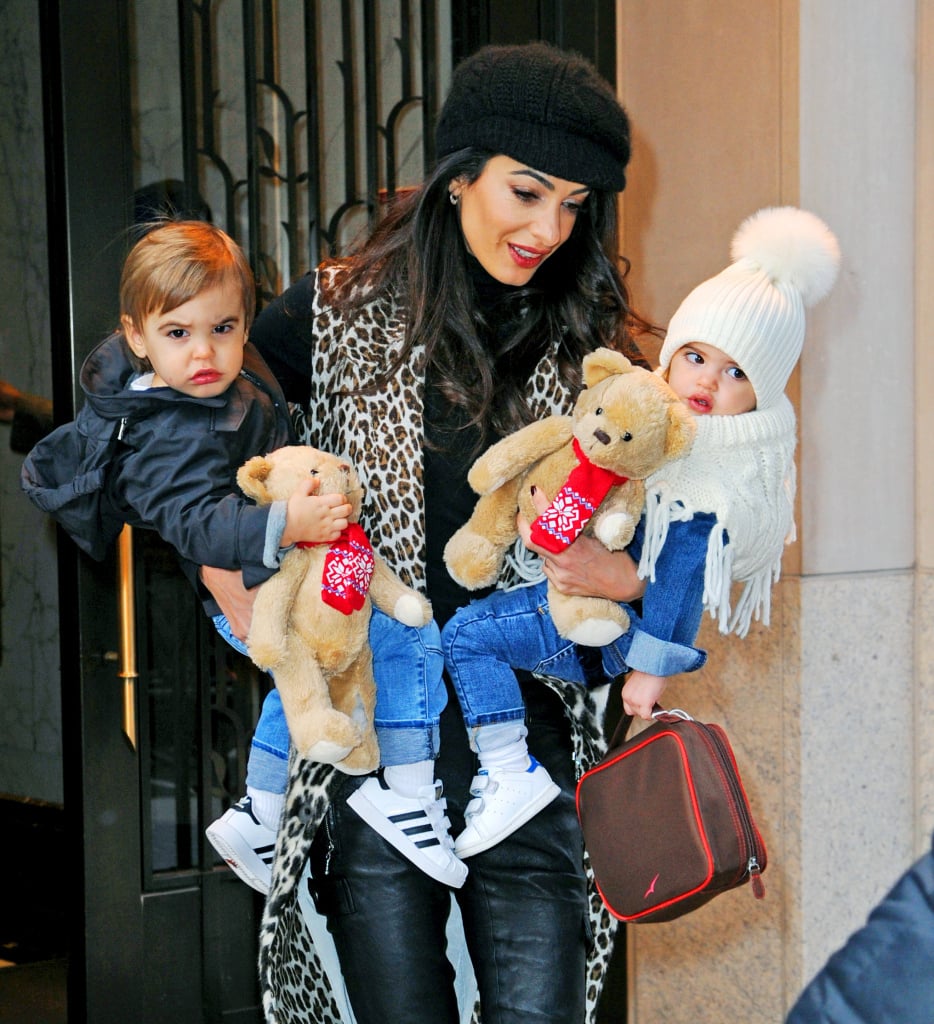 Three years after getting married, George Clooney and his wife had children. Amal gave birth to the twins, Alexander & Ella, in 2017. Clooney has said that being a father has made him realize what’s most important in his life. He’s said that the sense of belonging and unconditional love given to him by his children go beyond anything he’d hoped to obtain from his career.

The Clooney twins have some inspiring parents to look up to. George Clooney might be a household name across the world, but his wife is even more impressive. Amal Clooney is a human rights lawyer, working internationally to better the lives of thousands. The two of them make balancing career & family look easy. 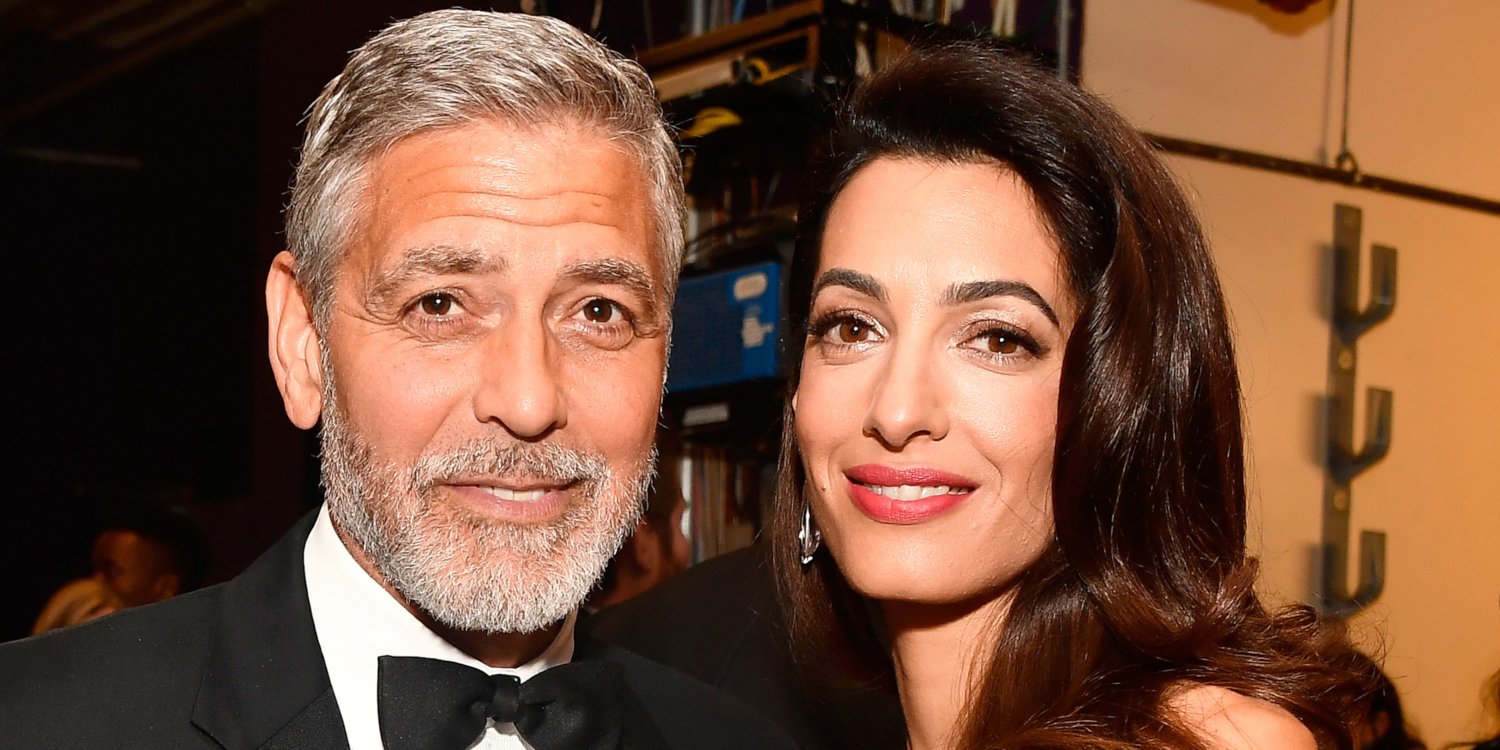 Have no fear, the pandemic isn’t going to cause George Clooney and his wife to part ways. If anything, the struggles of the past year have brought their family closer together.

George Clooney has said he’s spent lockdown investing in household chores and spending more time with his children. He’s said he sometimes comes up with elaborate pranks for the three of them to play on Amal, like putting peanut butter on their hands and pretending it’s poop. 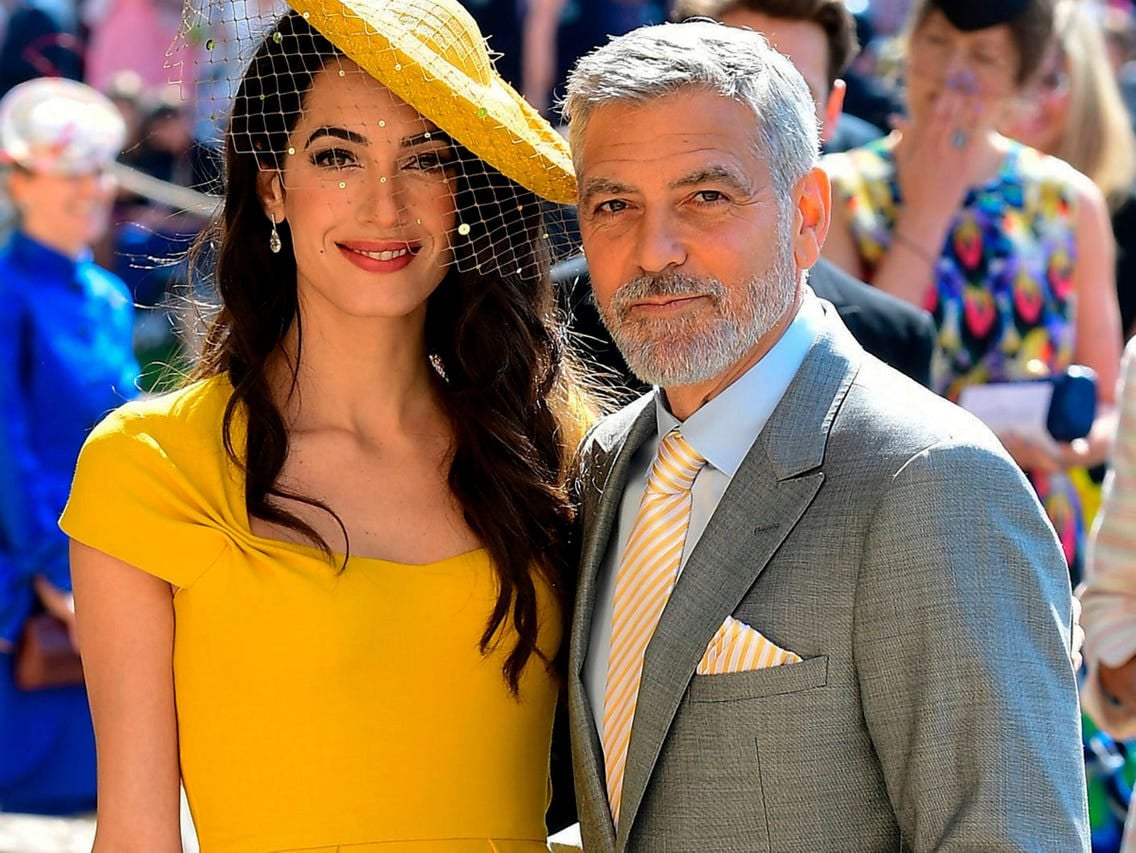 Amal has found her own way to tease her husband. She’s said that some of her lockdown has been spent watching ER for the very first time. She makes sure to give Clooney a hard time about all the drama his character is responsible for in the show.

George Clooney and his wife Amal are the very definition of a perfect couple. You can’t help but be inspired by seeing them so in love with each other. Amidst a rash of celebrity divorces, it’s great to see that the Clooneys are as happy as ever.

With rumor mills churning out baseless stories about George & Amal Clooney’s relationship being on the rocks, were you surprised to learn how much George Clooney loves his wife? Let us know in the comments!