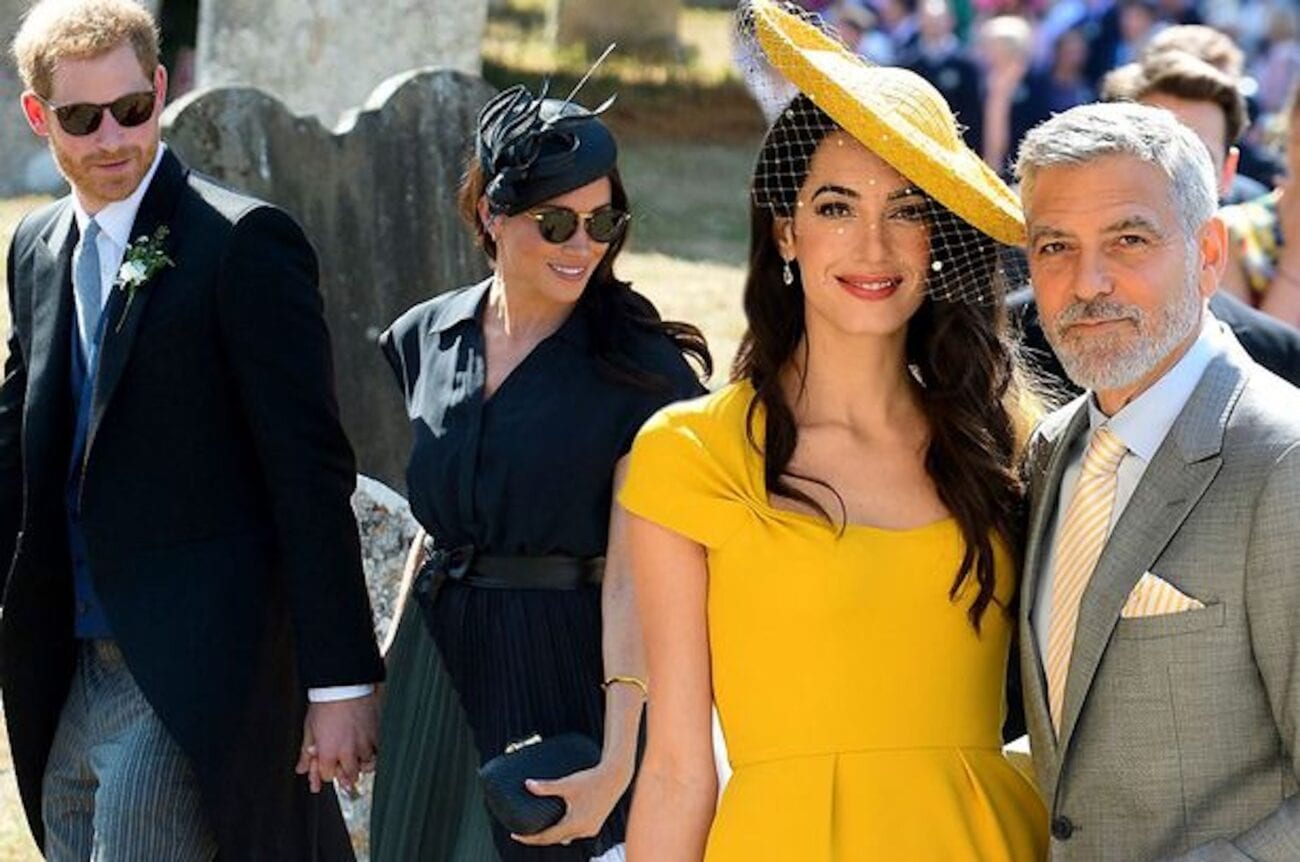 How did George Clooney and his wife score royal wedding invites?

It’s been claimed that George Clooney and his wife Amal, who attended the royal wedding of Prince Harry & Meghan Markle confessed that they didn’t even know the Duke & Duchess of Sussex.

Hollywood heartthrob George Clooney, and his human rights barrister wife Amal, were among the lucky hand-picked guests invited to Windsor Castle in May 2018 to watch the royal couple tie the knot. The Clooneys had prime seats at the wedding, sitting next to Lady Carolyn Warren, the wife of the Queen’s bloodstock adviser John Warren, and opposite Princess Margaret’s son Viscount Linley. 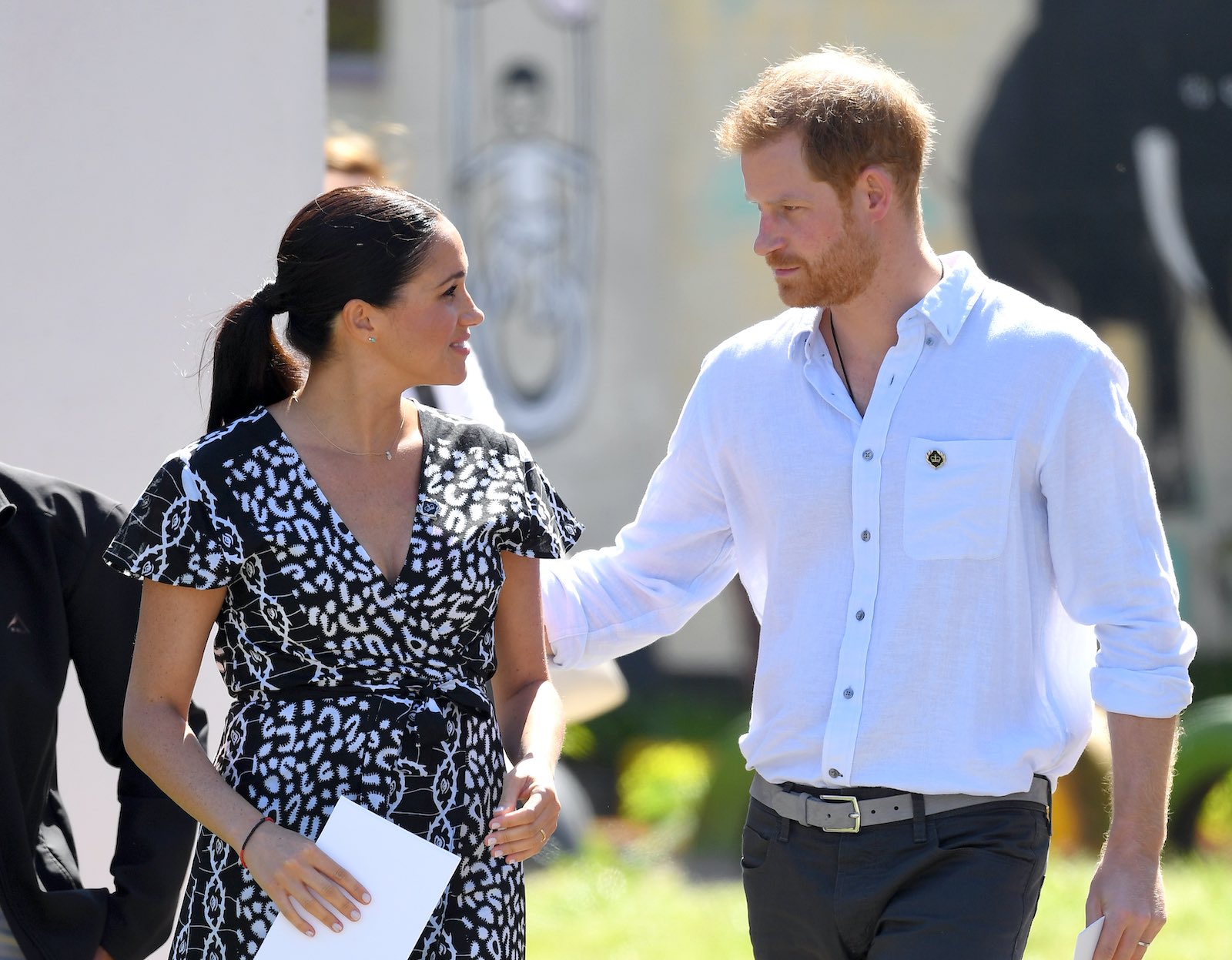 However, according to Boris Johnson’s sister, Rachel Johnson, they told other guests that they were far from best buds with the royals. Rachel wrote for AirMail, “There’s a story doing the rounds that while Carolyn Bartholomew, Diana’s former flatmate, was waiting for the wedding service to start, she turned to the couple alongside her and asked how they knew Harry or Meghan. ‘We don’t’, the Clooneys answered brightly.”

Carolyn is Harry’s godmother and was one of three young women who shared his late mother Diana’s Earl’s Court flat and was in on the secret when she first met Prince Charles. Rachel also claimed that the other celebrity guests at the wedding – such as Oprah Winfrey, David & Victoria Beckham, & James Corden – “could not possibly be old and dear friends of the bridal couple”. 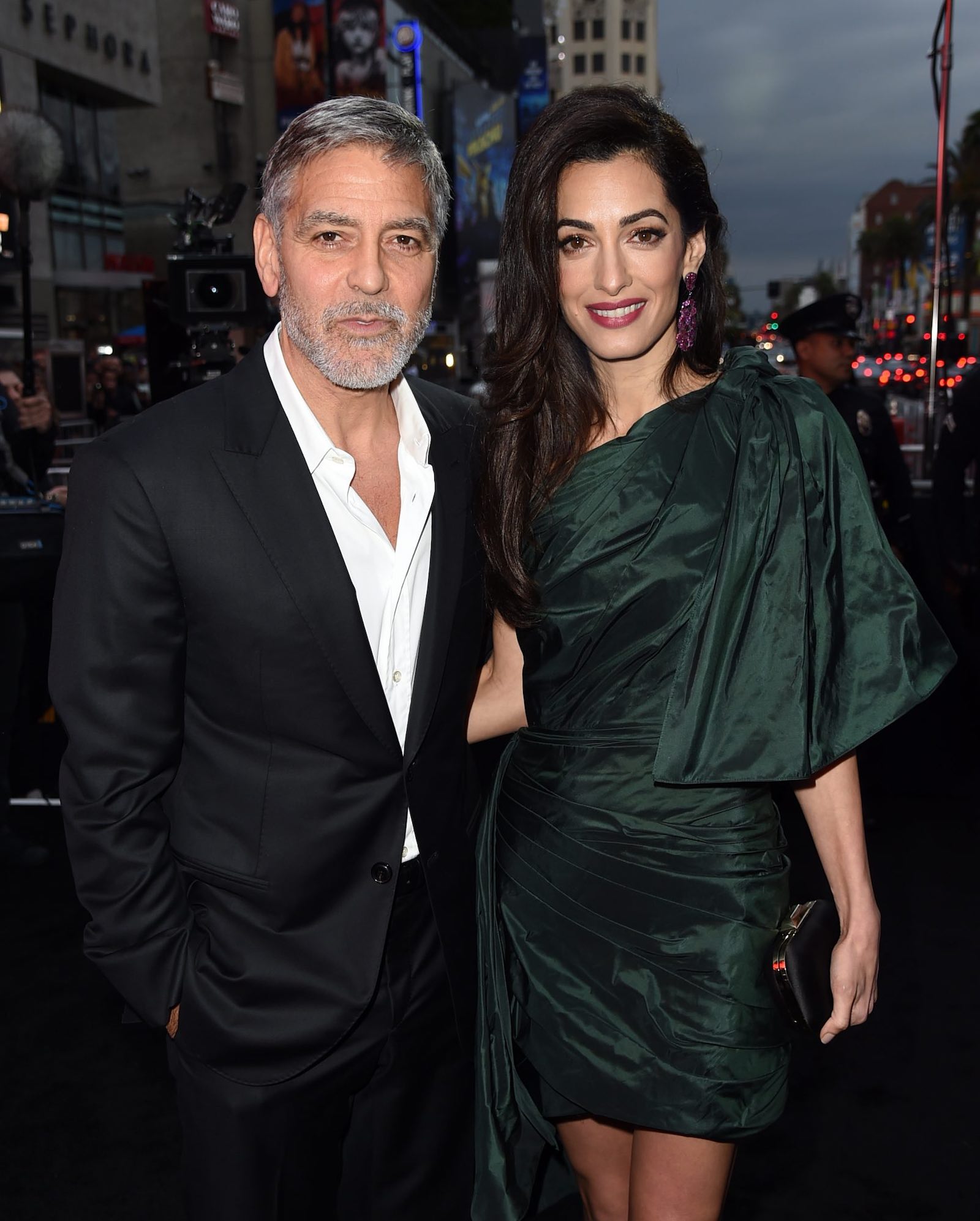 Despite the conflicting reports about how well George & Amal knew Harry & Meghan, it was said at the time that George had been the life of the party, and even danced with both Meghan & Kate Middleton. The biography Finding Freedom claims that even if the Clooneys didn’t know the couple then, they’ve since grown close and have hosted the Duke & Duchess at their Oxfordshire home on at least two occasions.

The book says that George Clooney and his wife reportedly first met the Duke & Duchess of Sussex at their British home in Oxfordshire, where Harry & Meghan brought their dogs to play. George & Amal also took their friends out by the lake. It’s also said that Harry & Meghan were flown out to Lake Como on George’s private jet to join Clooney and his wife just weeks after the wedding.

A source said at the time, “Meghan & Amal spent a lot of time relaxing by the pool and playing with the twins, while George & Harry checked out George’s motorbike collection. Harry took one of them out with one of his protection officers. George recently had an accident, so he wasn’t back on his bike yet.” 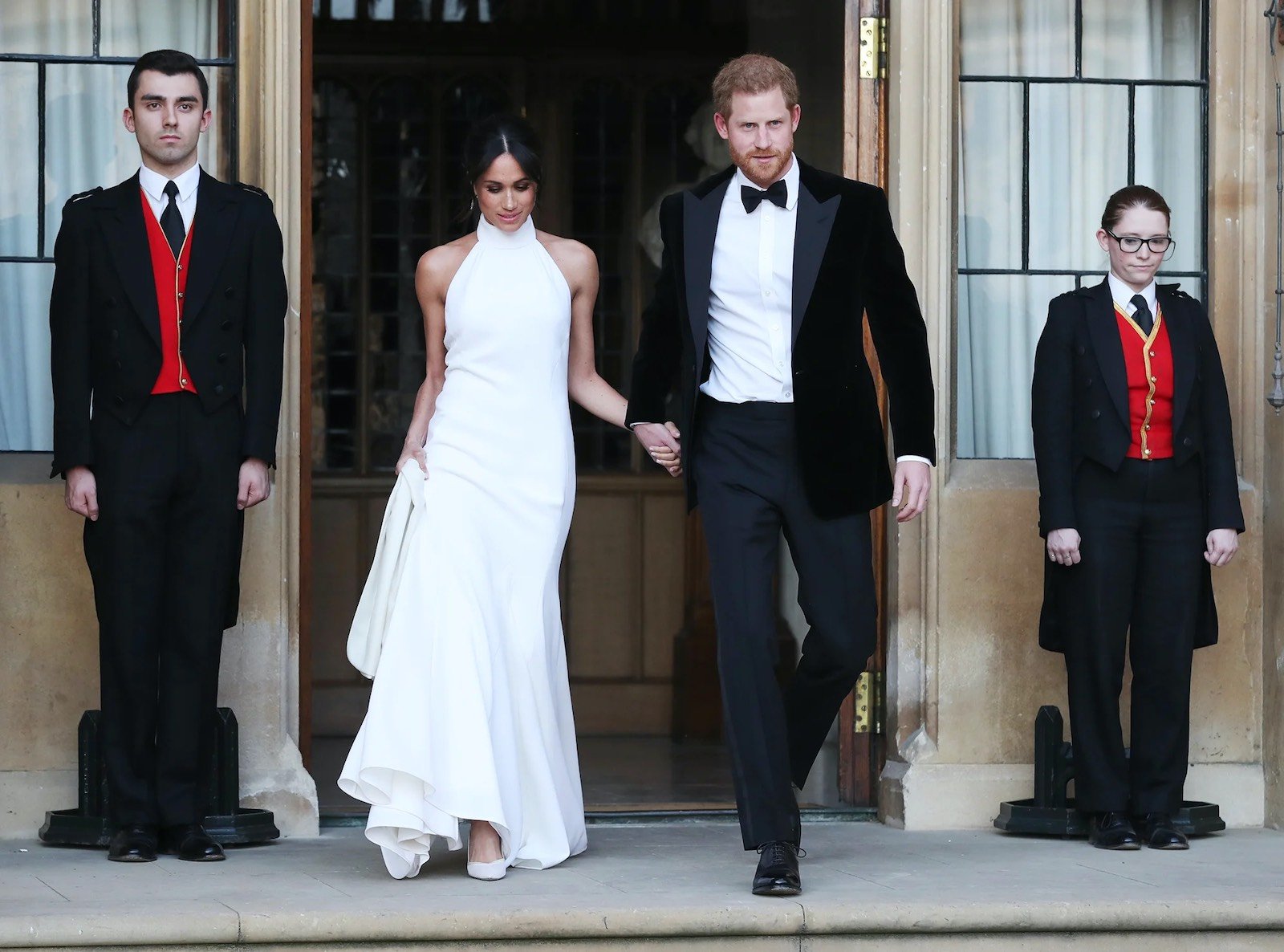 George Clooney & his wife Amal have a great friendship with the Sussexes. “I’ve just known them,” he said nonchalantly. “We live not too far from one another and we have dinners and stuff and we’re friends with them for all the reasons that you’re friends with anybody,” George Clooney told Daily Mail in June 2019. “They’re just really nice, fun, kind people, they’re a very loving couple, and they’re going to be great parents.”

George Clooney also stood up for his and his wife’s good friend, Meghan Markle during her pregnancy. He said the press had been “a little unjust” with its treatment of the duchess in the royal spotlight, even though she “hadn’t done anything except just happen to live her life”. 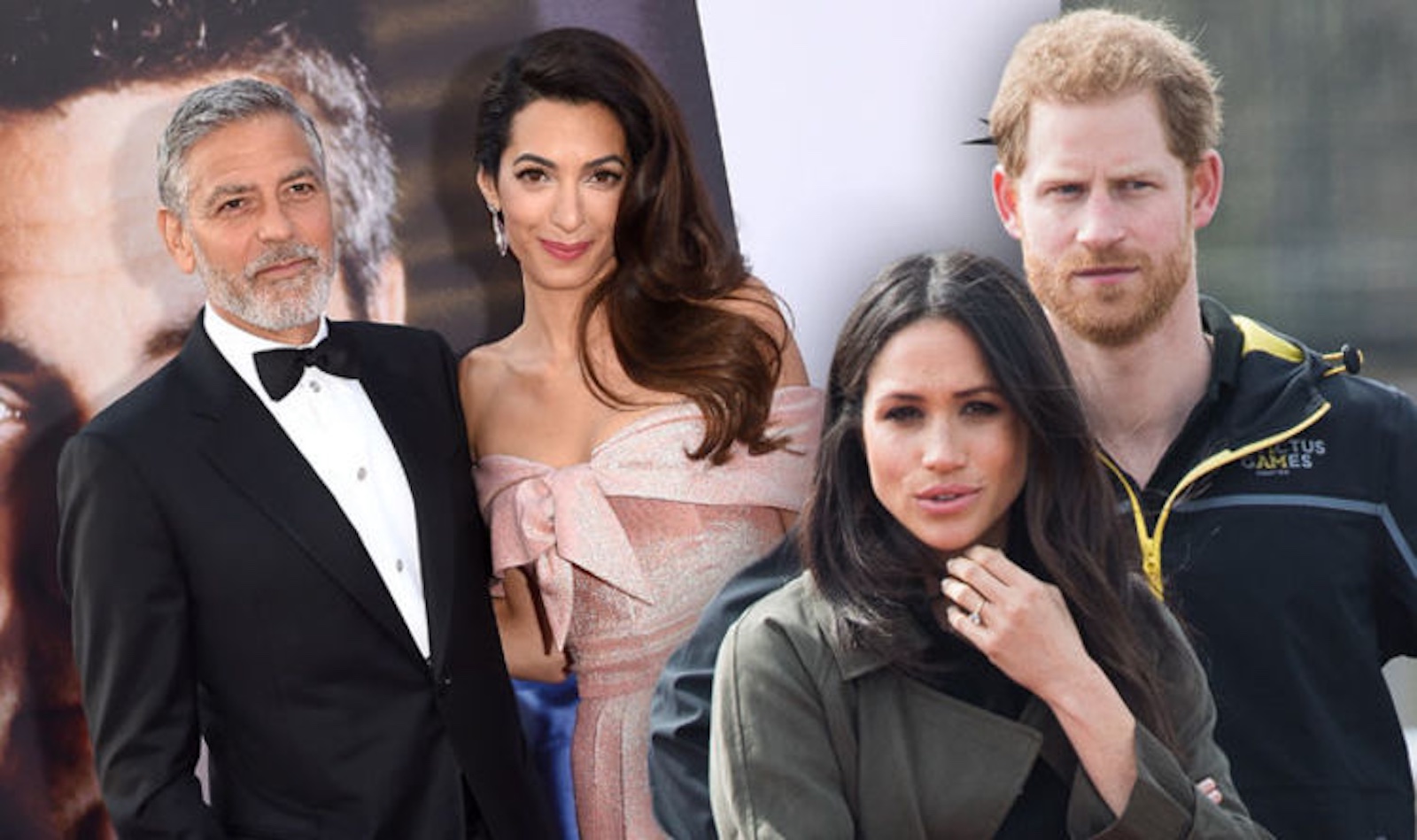 Clooney made his comments during an appearance on Good Morning Britain. “I think it’s a little unfair at times,” the actor said in the interview. “I’ve seen it when the press can turn on you for sort of ridiculous reasons and for almost nothing, and it seemed to me to be a little unjust since [Meghan] hadn’t done anything except just happen to live her life.”

Clooney also told Australia’s Who magazine that Meghan was being chased like the late Princess Diana was. “She’s a woman who is seven months pregnant and she has been pursued & vilified & chased in the same way that Diana was and it’s history repeating itself,” the actor admonished. “We’ve seen how that ends.”