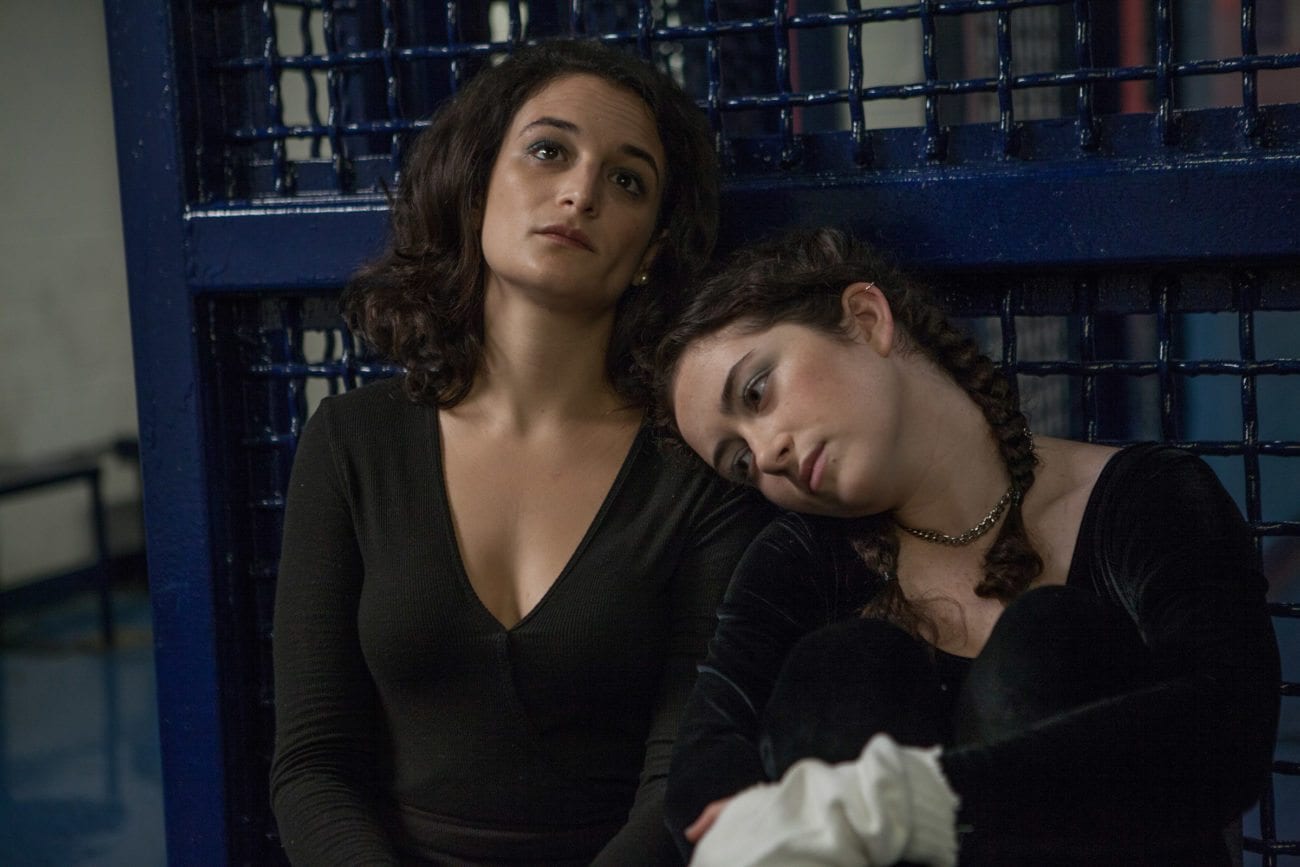 Gillian Robespierre (Obvious Child) directs this comedic drama that explores the “messy reality of love and sex”. Set in 1990s Manhattan, the plot follows two sisters who suspect their father might be having an affair. The two try to uncover the truth as they come to terms with their own relationship. But cracks soon begin to appear within the family façade. Written by Robespierre and Elisabeth Holm (Paradise Lost 3: Purgatory), Landline stars Jenny Slate (Gifted, Parks and Recreation), Edie Falco (Nurse Jackie, The Sopranos), Abby Quinn (The Journey Is the Destination), Jay Duplass (Transparent, Cyrus), Finn Wittrock (La La Land, The Big Short), and John Turturro (O Brother, Where Art Thou?). 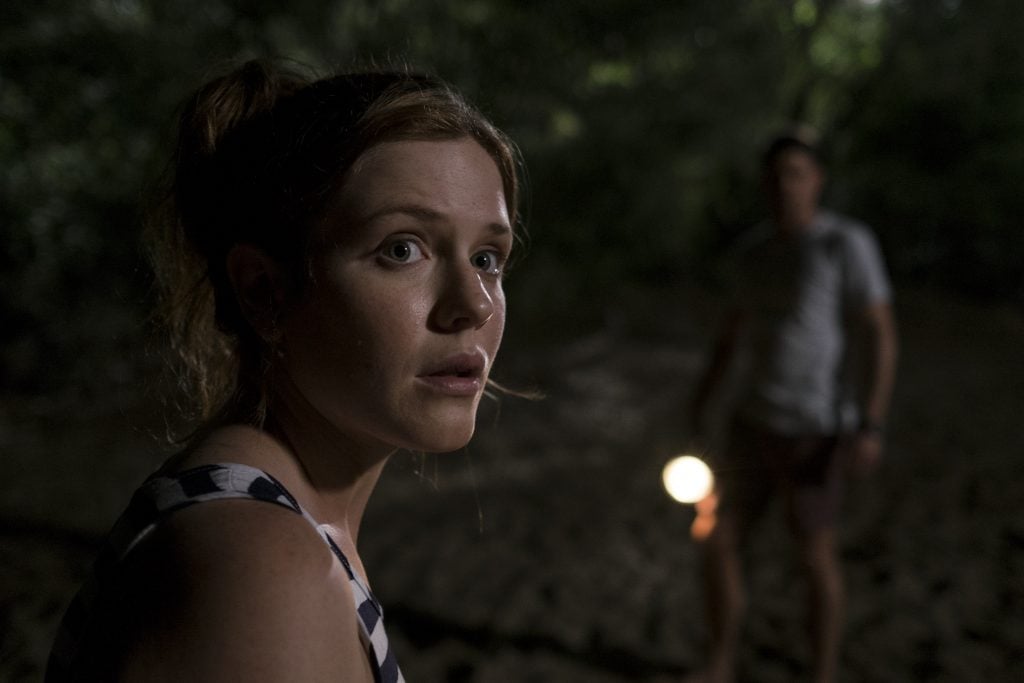 A couple’s romantic trip to a remote beach soon becomes a desperate fight for survival in Killing Ground. Arriving to find an abandoned campsite with no sign of its former occupants and a lone child wandering around the woods, they unleash a chain of events that will put their relationship to the ultimate test. Australian writer and director Damien Powers (Peekaboo) weaves a chilling thriller in the vein of Straw Dogs (1971) and Wolf Creek (2005) in his directorial debut. Stars Ian Meadows (The Turning), Harriet Dyer (Love Child, Ruben Guthrie), Aaron Pedersen (Mystery Road), and Aaron Glenane (Truth). 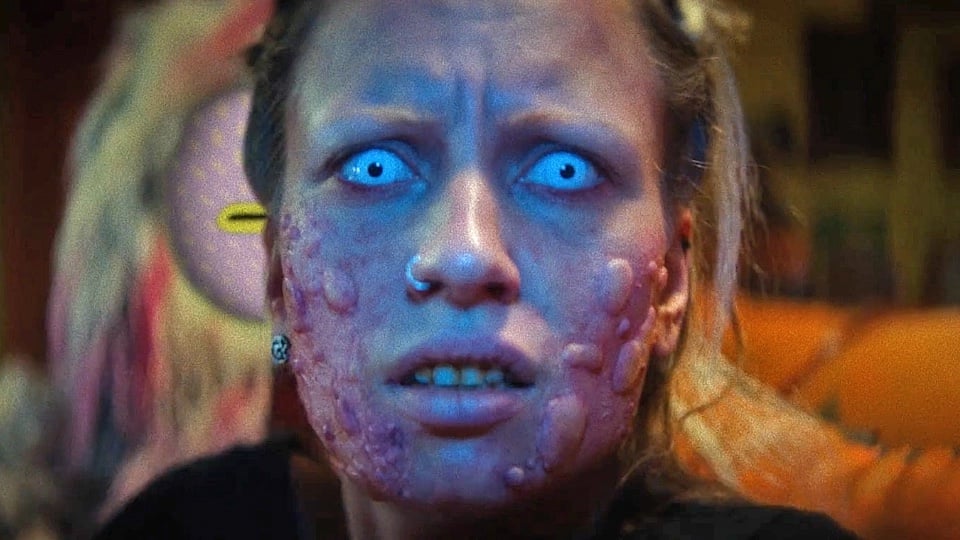 Undeniably the most bizarre film to have premiered at this year’s Sundance Film Festival, Kuso is the directorial debut from music producer and rapper Flying Lotus. Set in the aftermath of Los Angeles’ worst earthquake nightmare, the narrative follows Kuso as he broadcasts through a makeshift network of discarded televisions. (We did mention that it was bizarre, right?) Stars Hannibal Buress (Neighbors), David Firth (Dog of Man), Tim Heidecker (Tim & Eric’s Billion Dollar Movie), Anders Holm (Workaholics), Regan Farquhar (Jackie Boy), and George Clinton (Straight Outta Compton). Written by Lotus and Firth; see the trailer here. 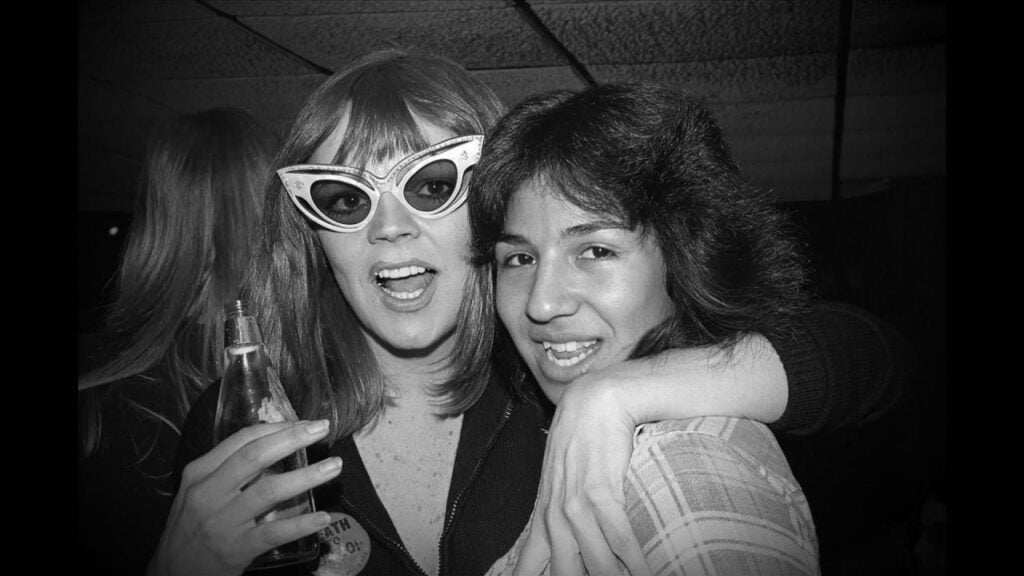 Who the Fuck is That Guy? The Fabulous Journey of Michael Alago (Xlrator Media)

Who The Fuck is That Guy? chronicles the life of cherished New York City icon Michael Alago. The story of a gay Puerto Rican kid growing up in a Chassidic Brooklyn neighbourhood, Alago got on the subway one day and began an odyssey to become the architect of a rock ‘n’ roll renaissance. Filmmaker Drew Stone (All Ages: The Boston Hardcore Film) beautifully captures the “tender, loving, self-destructive” tale of a man who loved new music so much he had to bring it into the world, and lived to talk about it (barely). 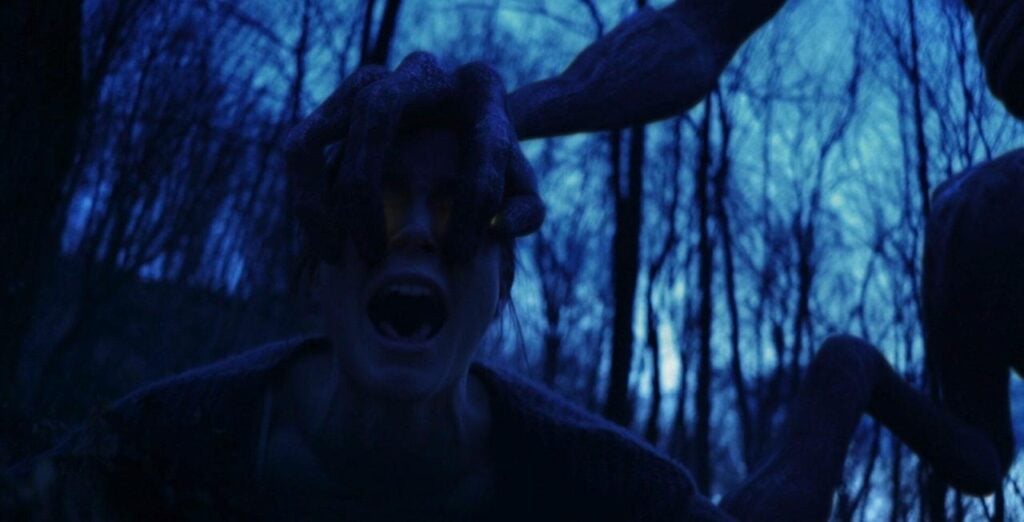 Video game editor Matthew Donovan embeds an iPhone camera into his prosthetic eye to secretly record and document a weekend with his friends in a luxurious mountain-top cabin. But the weekend takes a terrifying turn when an otherworldly presence crashes the party. Directed and written by Mathieu Ratthe, who also stars in the lead, The Gracefield Incident is dubbed as an intertwining story of “life, love, and loss.” Laurence Dauphinais (Cabotins), Juliette Gosselin (19-2), Kimberly Laferriere (Saving Hope), Alex C. Nachi (Stonewall), and Victor Andres Turgeon-Trelles (Henri Henri) star alongside Ratthe. 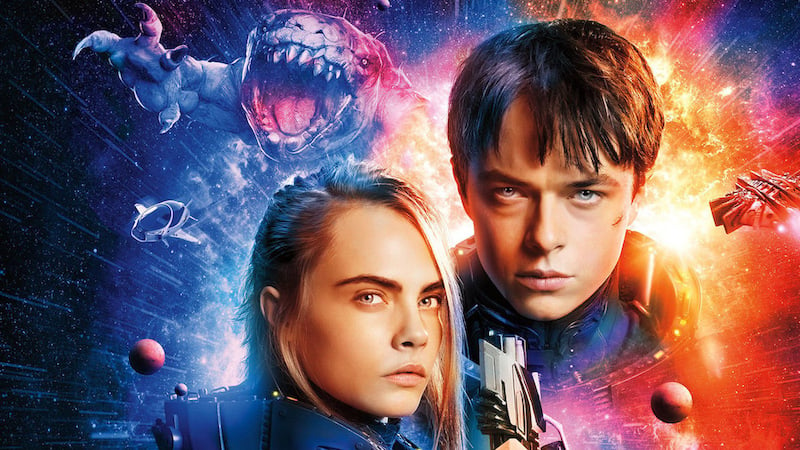 Set in the 28th century, Valerian and the City of a Thousand Planets follows Valerian and Laureline, special operatives charged with maintaining order throughout the human territories. Under assignment from the Minister of Defense, the two embark on a mission to the city of Alpha, an ever-expanding metropolis where species from all over the universe have converged for centuries. But a dark force is about to disrupt the balance and peaceful existence of the city. Valerian and Laureline must race against the clock to save not only Alpha, but the universe itself. Legendary filmmaker Luc Besson (The Fifth Element, Lucy, The Professional) directs. Stars Dane DeHaan (Chronicle), Cara Delevingne (Paper Towns), Clive Owen (Children of Men), and Ethan Hawke (Gattaca). 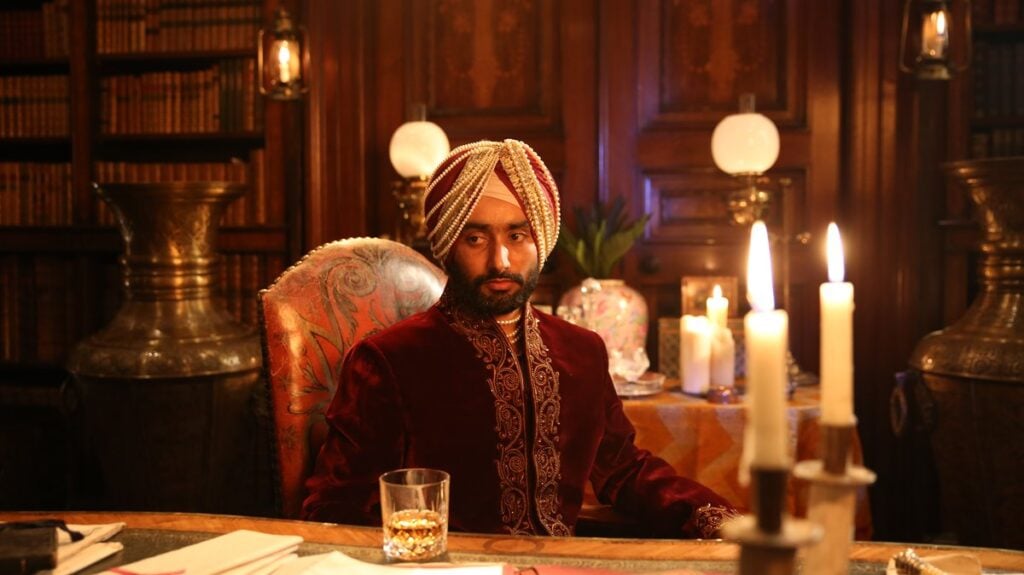 A biopic on the poignant life story of the last king of the Sikh empire, Maharaja Duleep Singh, and his tumultuous relationship with Queen Victoria. Swept away from his homeland at the tender age of 15, The Black Prince charts his struggle to reclaim his throne during Britain’s occupation of India. From production company Brillstein Entertainment (12 Years A Slave), The Black Prince was directed and written by Kavi Raz (Pet Sematary). Stars renowned Sufi singer Satinder Sartaaj in the lead, supported by Jason Flemyng (Lock, Stock and Two Smoking Barrels, Snatch), Amanda Root (The Iron Lady), and Shabana Azmi (Neerja, Arth). 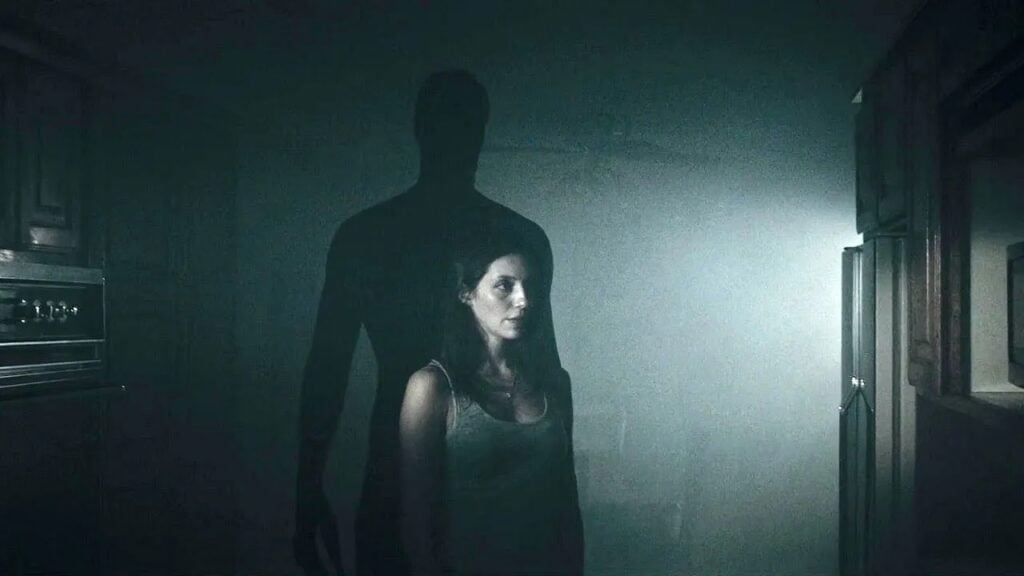 The directorial debut from J.S. Wilson (Watertown), Awaken the Shadowman – supposedly based on “actual phenomena” – follows two brothers who must reunite in the wake of their mother’s mysterious disappearance. But in their search for the truth, they uncover a hidden cult and an unknown supernatural force with sinister intentions. Stars James Zimbardi (General Hospital), Skyler Caleb (Vlog), Jean Smart (The Accountant), Emily Somers (Playing for Keeps), Andrea Hunt (Grandfathered), and Robert R. Shafer (The Office).

Looking for more films to see this weekend? Catch The Untamed, First Kill, Dunkirk, and The Fencer – all out now. 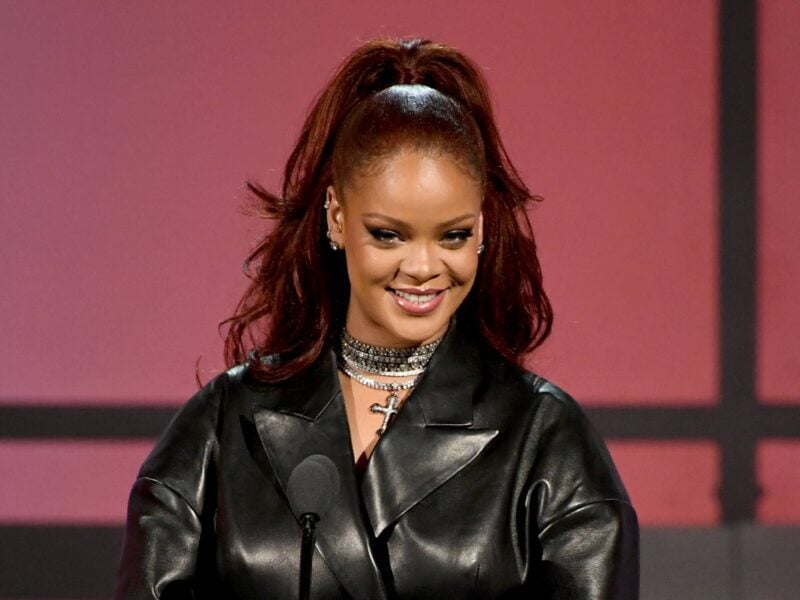 Rihanna is now a billionaire: Inside everything she sells in her fempire 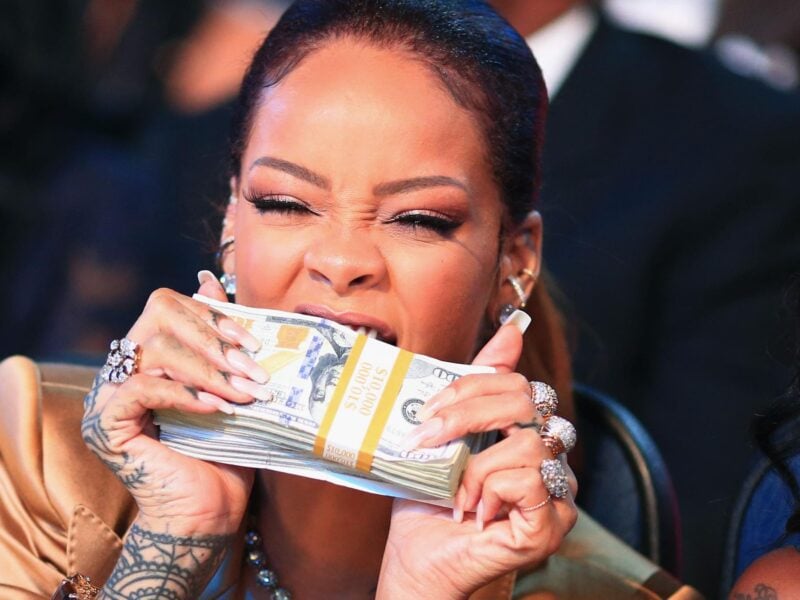 Rihanna is now a billionaire: Did these movies she starred in help?