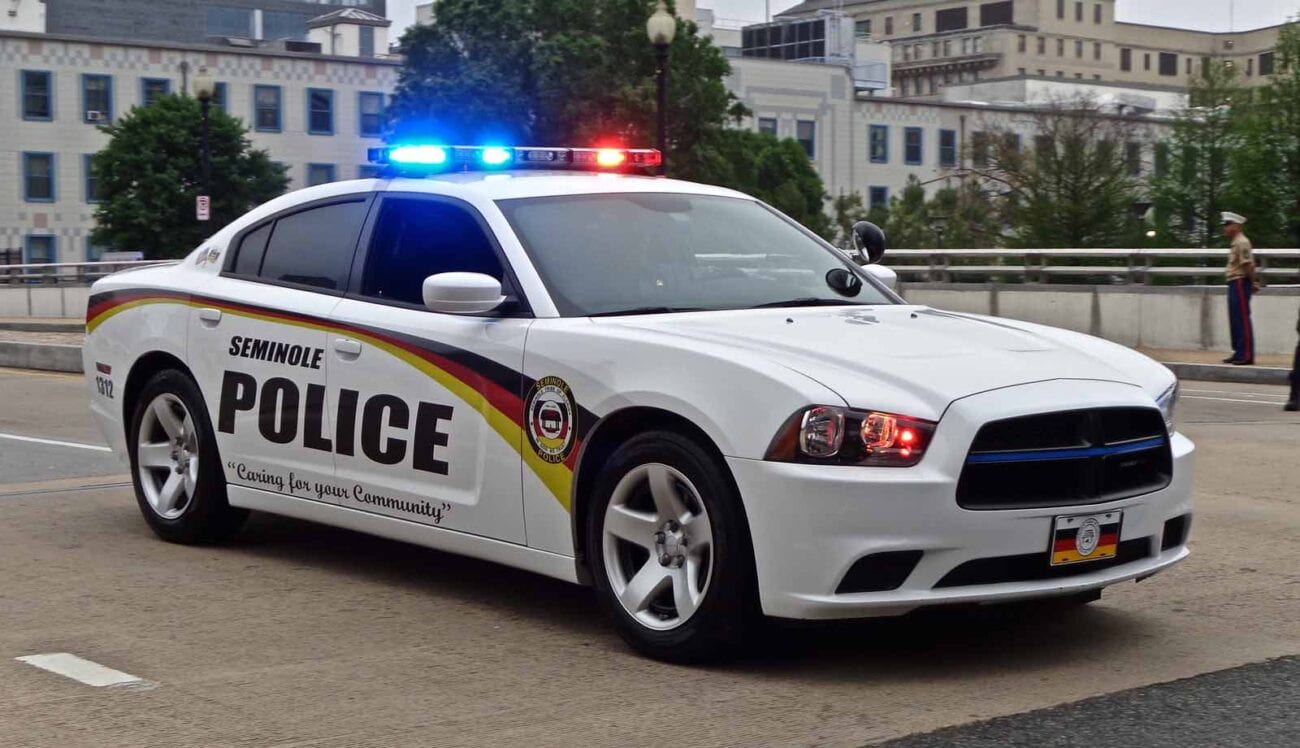 Florida Man is at it again: The top 6 headlines from May so far

It’s currently May 8th, so it may seem premature to provide a top list for Florida Man already – he’s only had a week to do strange things, surely there can’t already be six weird reports, let alone a top six.

Surprise! Florida Man is prolific. There are already plenty of odd shenanigans happening down in the state of Florida this month, and we don’t want you to miss out on any of the fun. Here are the top six Florida man stories so far for May 2020. 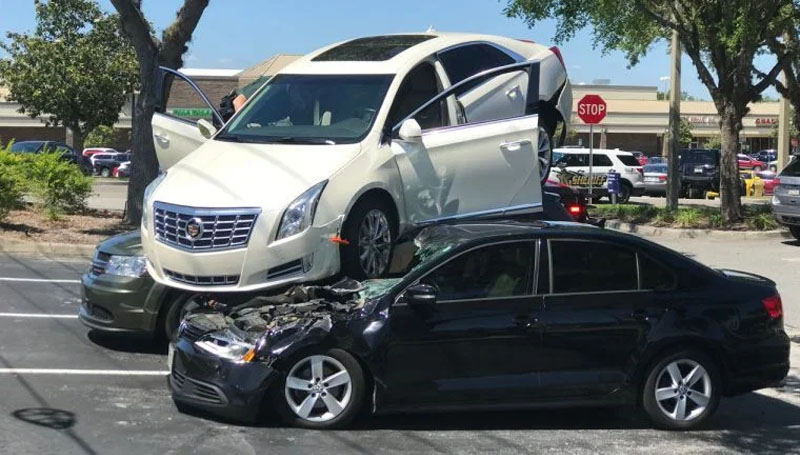 Not a student driver

Yesterday, on May 6th, a man driving a Cadillac backed his vehicle up and onto, not just one, but two vehicles. Now, one would think if you’re driving a car which is as expensive as a Cadillac you might want to be a little more careful, but much like a honey badger, Florida Man doesn’t care.

The wreck occurred in the parking lot of a Citrus County bank. Apparently what happened was the driver backed out of the bank’s drive thru (already a weird choice since it’s literally called a drive through), then the car went over the curb and into the street. 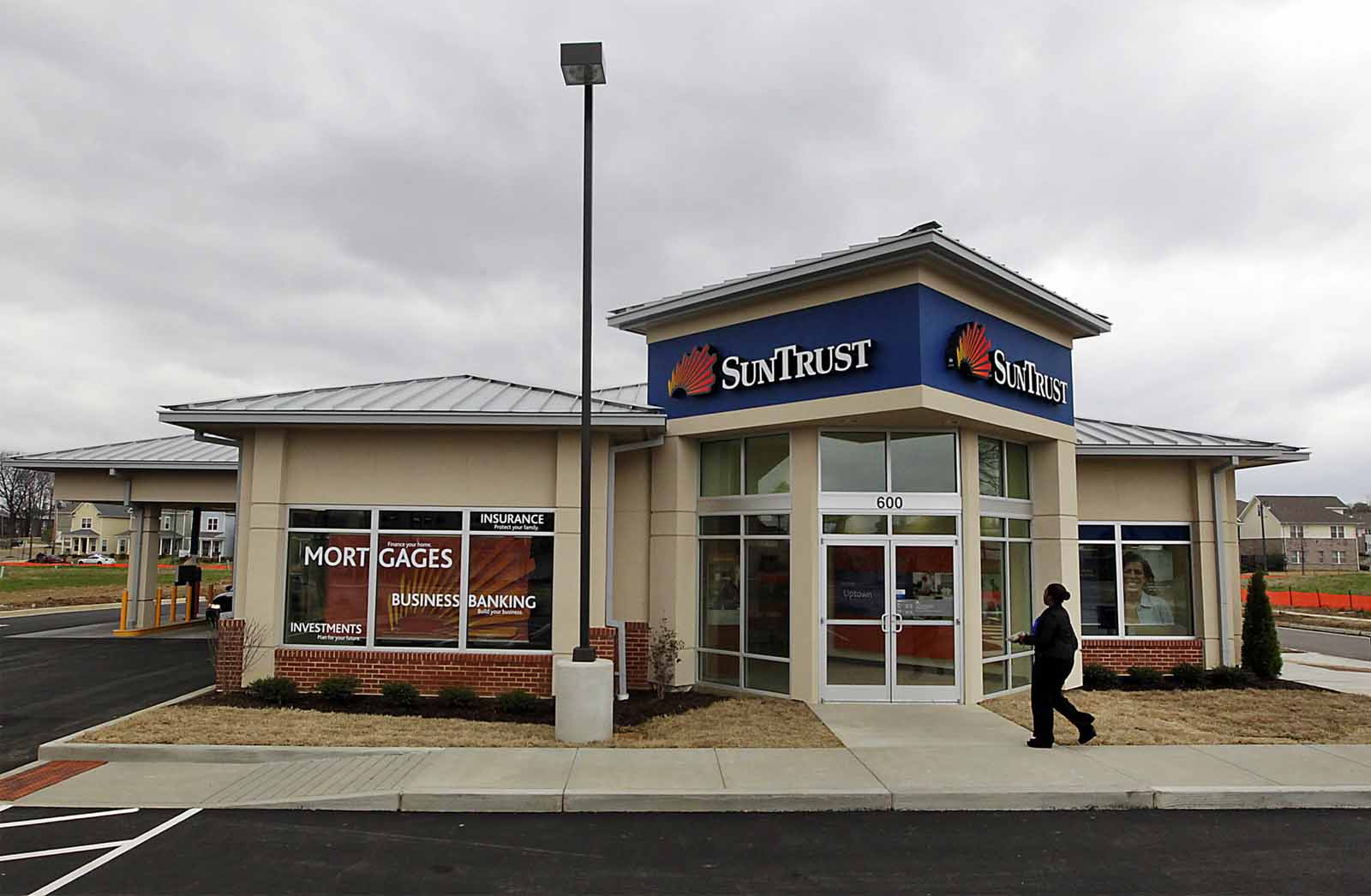 However, this is apparently not what Florida Man wanted, so the wheel was cranked. This caused the vehicle to go back up over the curb, into the parking lot, and then, somehow atop two parked cars.

Sheriffs are still confused about what in the world happened, and the crash is being investigated. 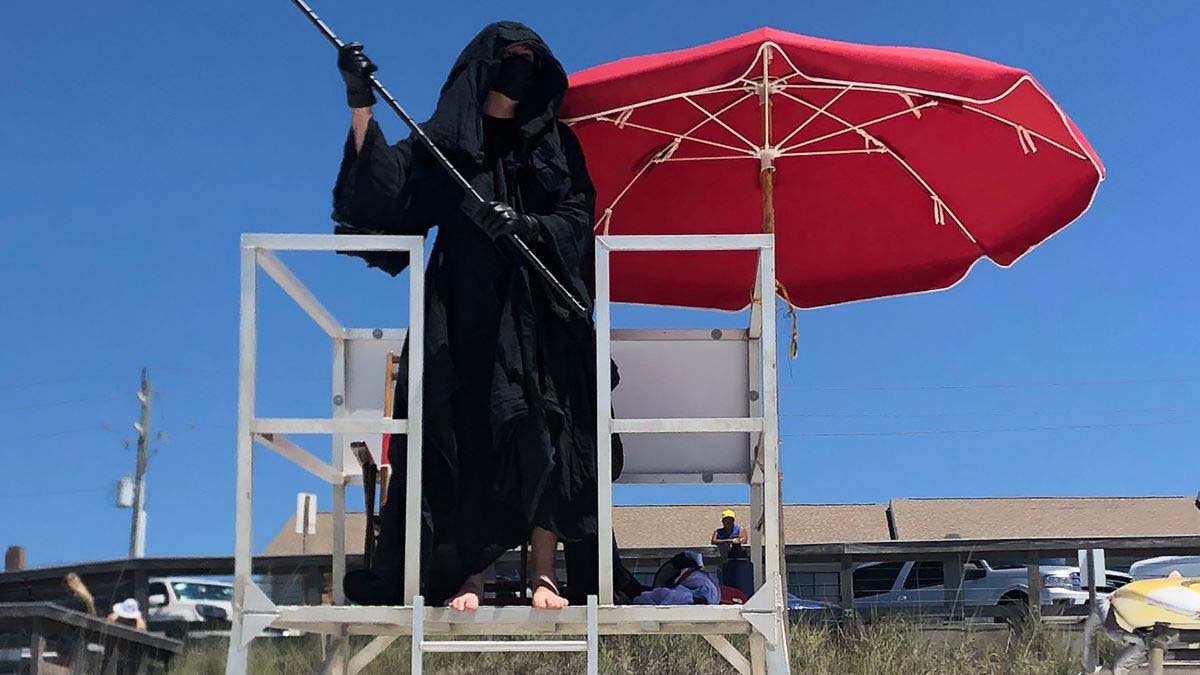 The grim reaper is on the beach

Okay, it’s possible you’ve heard this one because it went pretty viral, but just in case you haven’t yet, let us tell you.

Last weekend Florida reopened their public beaches and unmasked people flocked to the sandy seaside. The state parks are set to follow soon after. However, resident lawyer Daniel Uhlfelder was not excited. 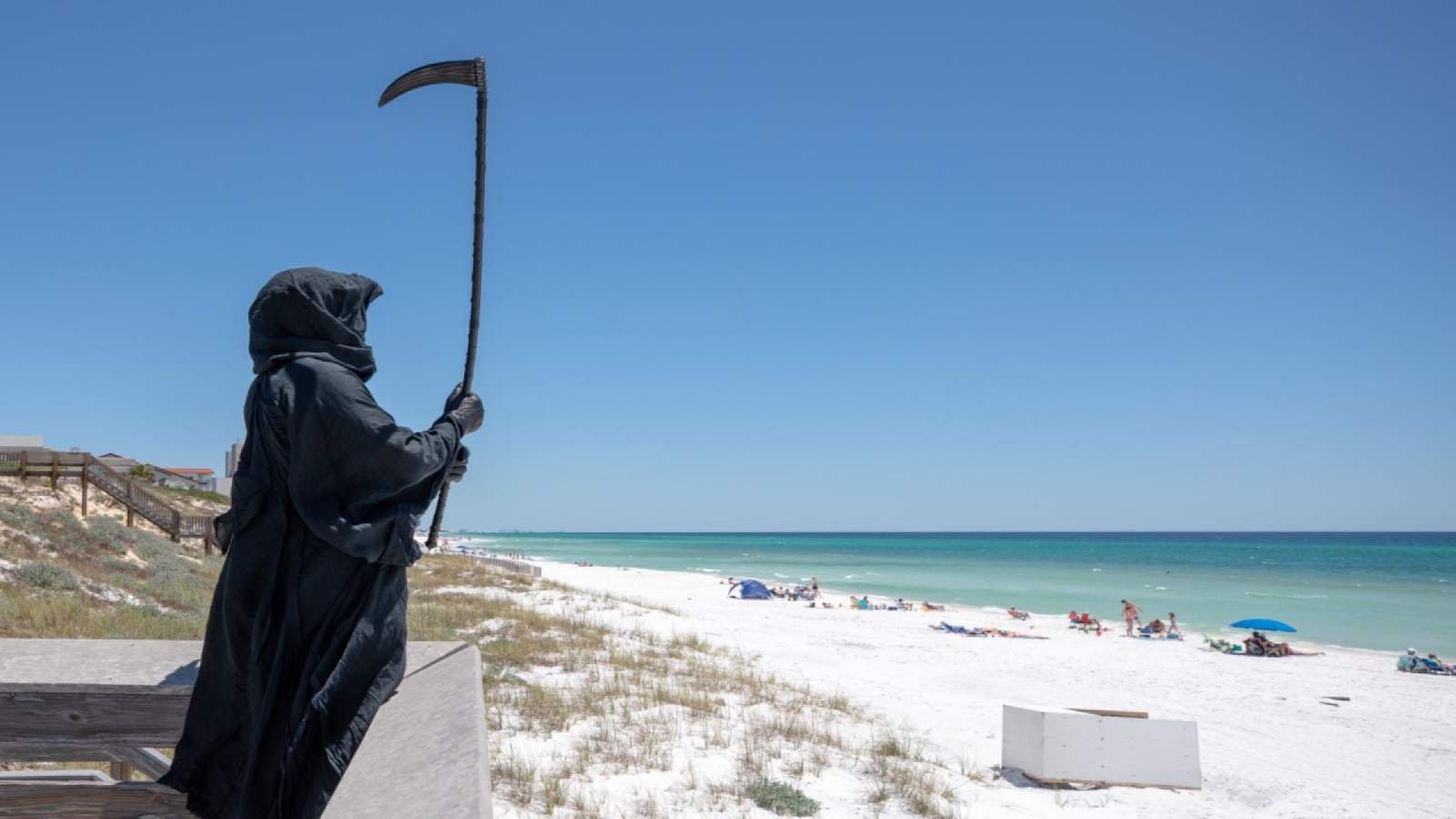 Uhlfelder dressed up in a very impressive grim reaper costume, scythe and all, and began to roam the beach. He was serving as a warning to everyone who suddenly decided social distancing was a thing of the past.

Being Uhlfelder is a lawyer, he was very well spoken when the local news asked him to come on camera. He was quoted saying, “I know how beautiful and attractive our beaches are. But if we don’t take measures to control things, this virus is going to get really, really out of control.” And yes, he was wearing a mask, in case you were wondering. 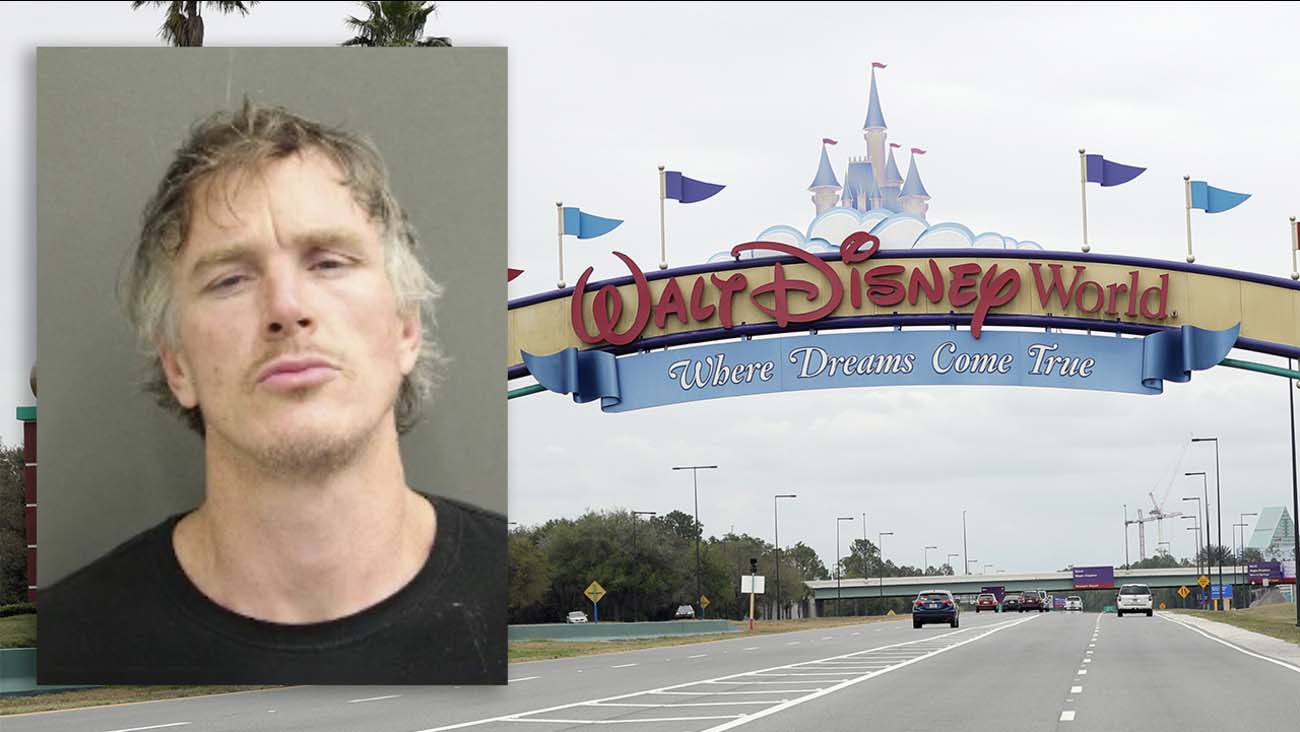 42-year-old Richard McGuire has been living inside Disney World on Discovery Island. The man had been there for approximately four days before being found by authorities.

Discovery Island was once called Treasure Island, but has been closed since 1999. Not to mention the entirety of Disney World is closed at the moment – so this island probably seemed pretty peaceful.

Supposedly, the man had no idea he wasn’t allowed to be in the area, despite the fact he had to pass multiple “no trespassing signs” in order to get to the island. McGuire continued to say the island seemed like a tropical paradise. 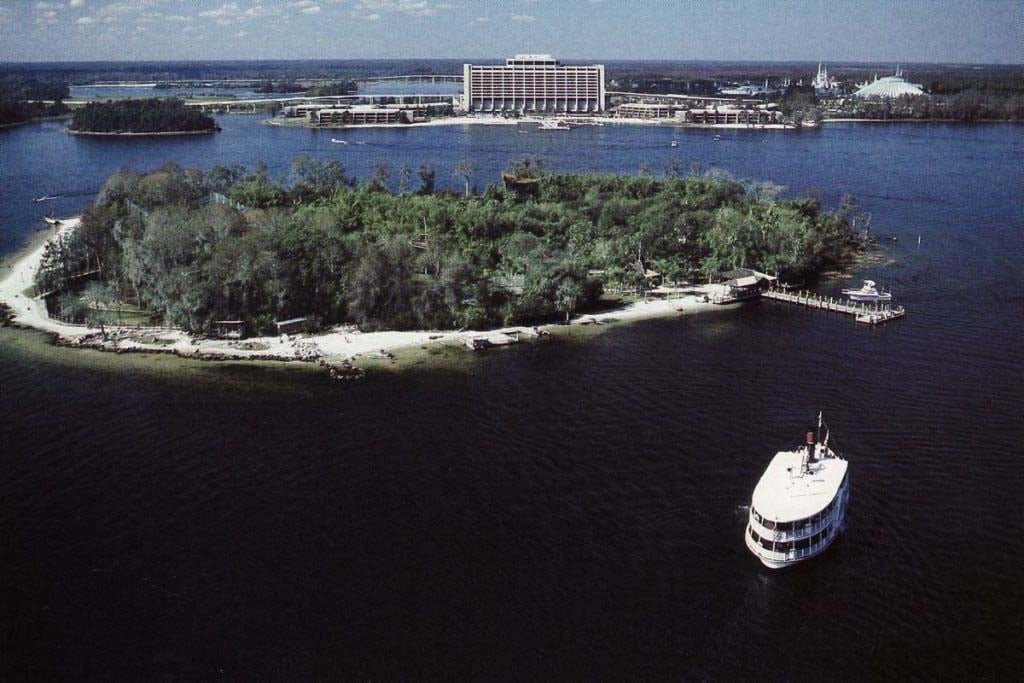 Not only that, but a member of Disney’s security reported she had seen him using a company boat. Meaning, this man somehow thought a Disney boat was just free to take and use apparently.

Authorities searched for McGuire on foot and by air & boat. He claimed he hadn’t heard them looking because he was sleeping. He was taken to jail once he was found. 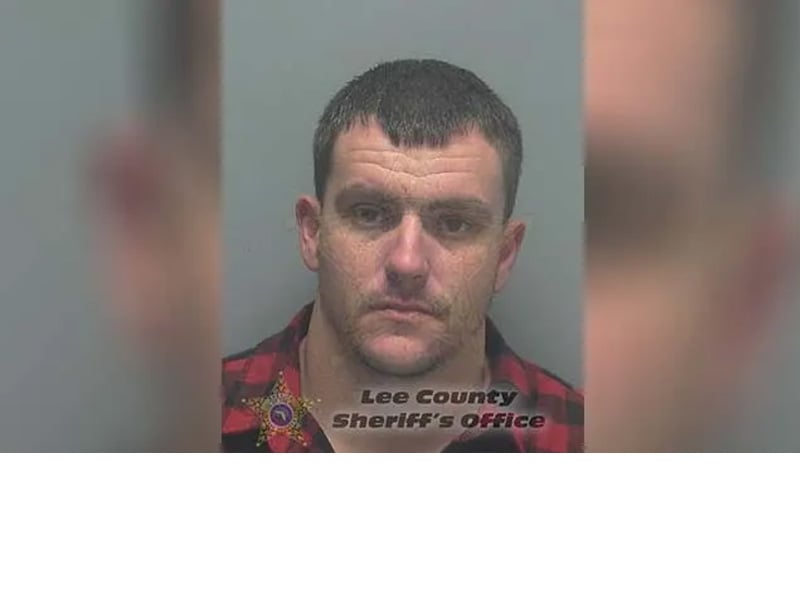 Shortly before one in the morning, Shawn Gilligan ran a stop sign. A small crime which in most cases would get you a small ticket or if you’re lucky even just a warning.

However, when an officer tried to pull Gilligan over he attempted to speed off. Alas, for Gilligan, he turned onto a road that happened to be a dead end. In a panic, he pulled into the driveway of someone’s home. 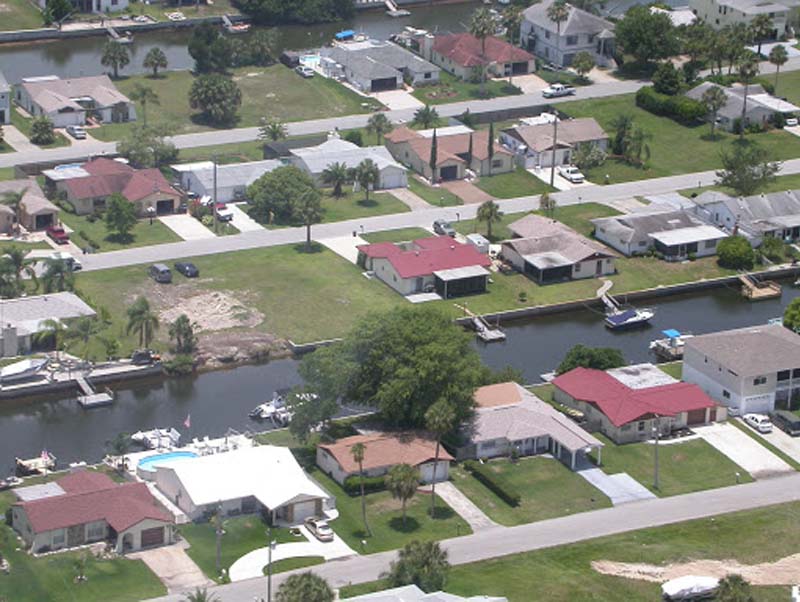 At this point, he hopped out of his Jeep and bolted for it on foot. He jumped into a canal, probably thinking this was a great means of escape. Gilligan was wrong. He was caught on the other side.

Unsurprisingly, Shawn Gilligan smelled strongly of alcohol. He is now facing charges of fleeing and eluding, resisting an officer, and driving with a suspended license. 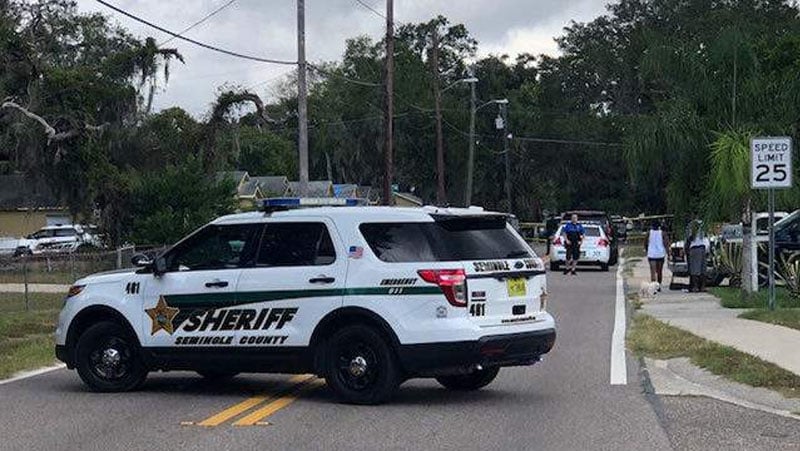 Police were called to an apartment complex in Florida over reports of a stabbing. When they got to the scene they were met by the sight of one man lying on the ground with a knife in his chest, and another man harming himself.

The man harming himself is named Joseph Dolash. Apparently, he had stabbed his roommate, and then continued to hurt himself saying, “Satan is still in me”, and other similar phrases including that he needed to “get the worm out”. His roommate, however, said of his roommate, “Can’t say he’s Satan.”

Dolash, after hurting himself, reportedly tried to make his roommate suck on the wounds to make Satan / the worm come out. As of now, the case is still being investigated, but the roommate is alright, and Dolash is in jail. 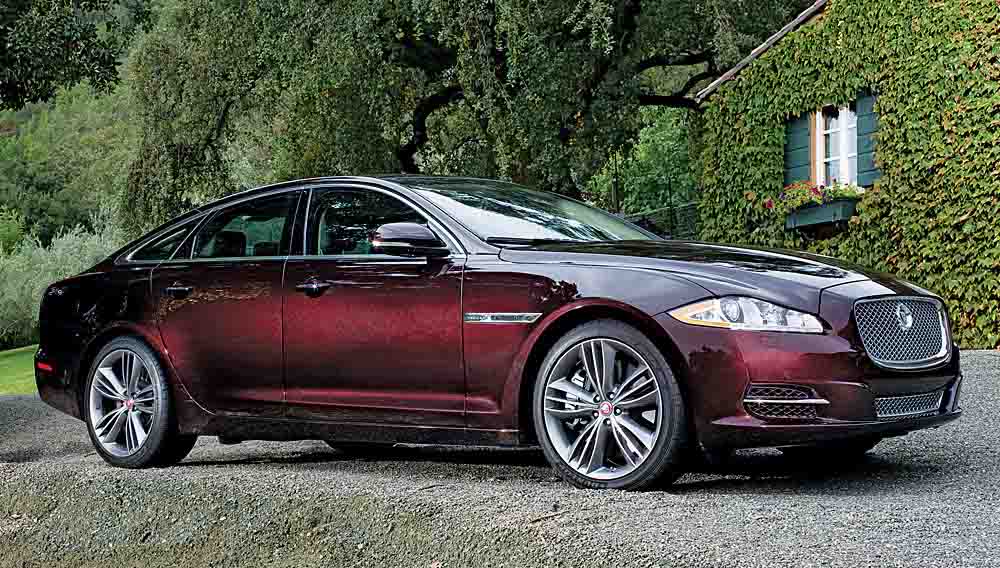 Most people when they borrow someone’s car are nervous about accidentally getting a scratch on it, getting rear ended by someone else, or even just moving the seat out of alignment. These are normal fears no matter “inexpensive” the car is.

46-year-old Hein C. Le, does not have those worries. Le borrowed a car from a friend he’d known for decades – specifically a $60,000 Jaguar. After he obtained control of the vehicle he went to the DMV where he presented a forged power of attorney document.

According to paperwork Le now “legally” had the title of the car. Now, in this scenario, a lot of people would probably be pleased enough to leave things there. But like we’ve said, Le is different. He then went to pawn the car. 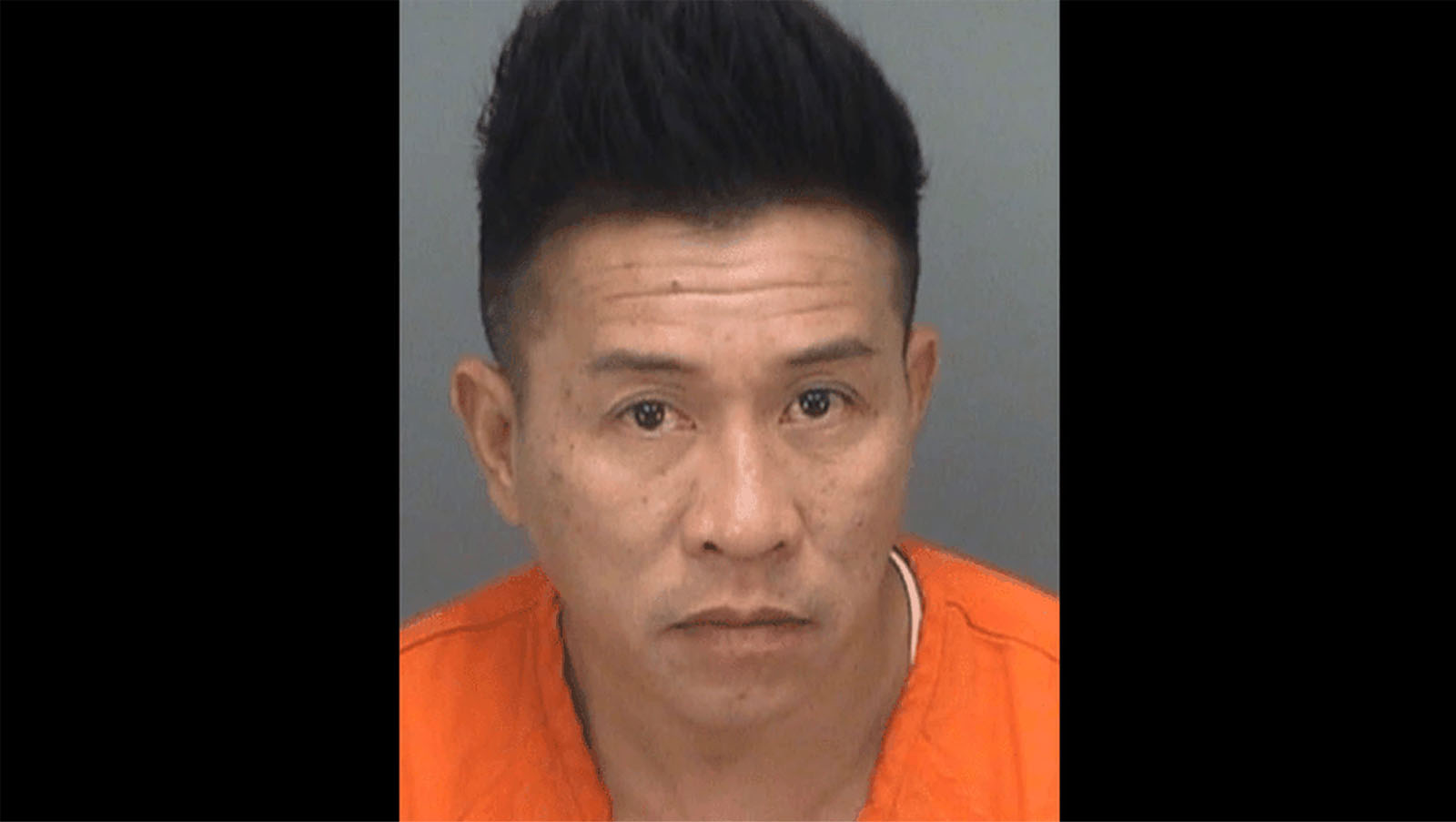 He pawned the car multiple times.

It wasn’t until he couldn’t buy the car back for $30,000 that he lost the car for good. Now, this all takes time, and he couldn’t very well just go back to his friend, so Le avoided his friend for over a year.

Le’s friend eventually hired a private investigator to find out what in the world had happened to his car. Le has now been arrested, but is currently out on bail.