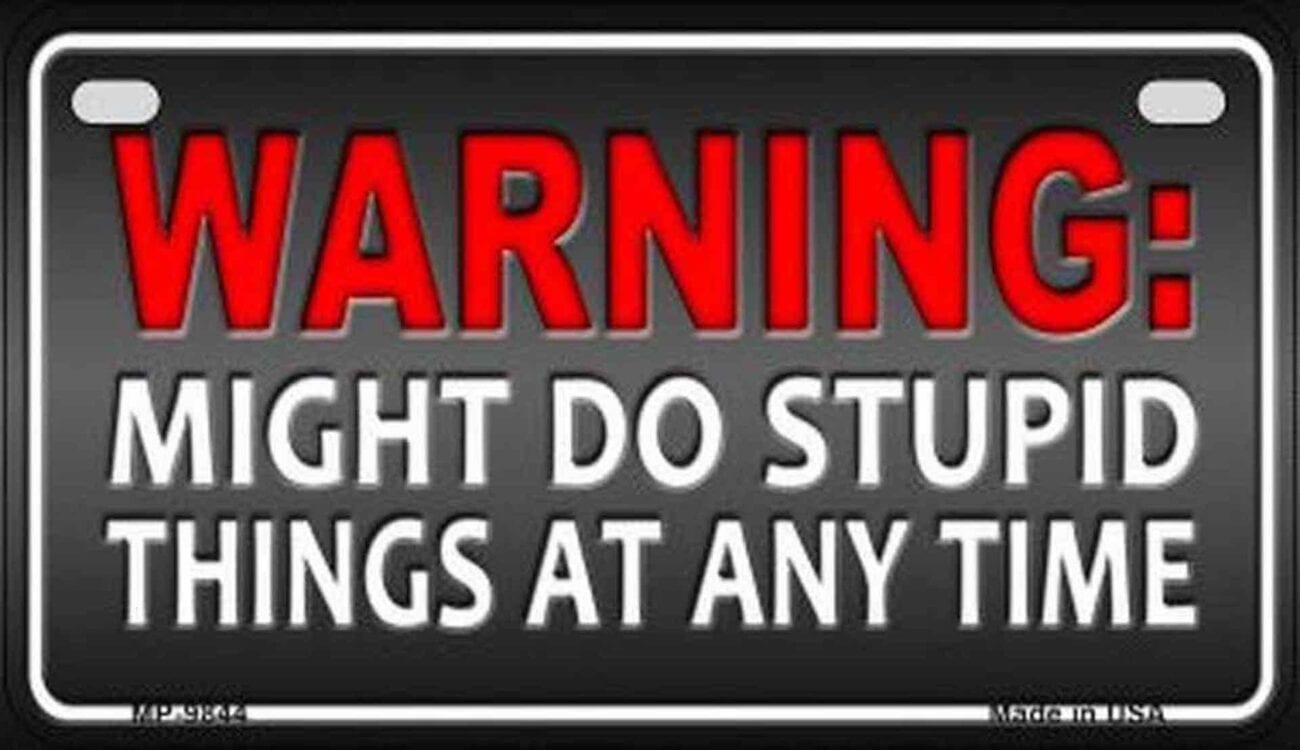 Florida Man headlines: The most WTF stories from June 2020

Florida Man is at it again. There’s no such thing as summer vacation for these bonkers perpetrators. June 2020 is as full of outrageous Florida headlines as the rest of the year. You’d think with things like coronavirus and nationwide protests these United States residents would take a break, but the show must go on apparently.

From face-palm-worthy to the absolutely sad, we bring you the most WTF Florida Man headlines of June 2020 so far. 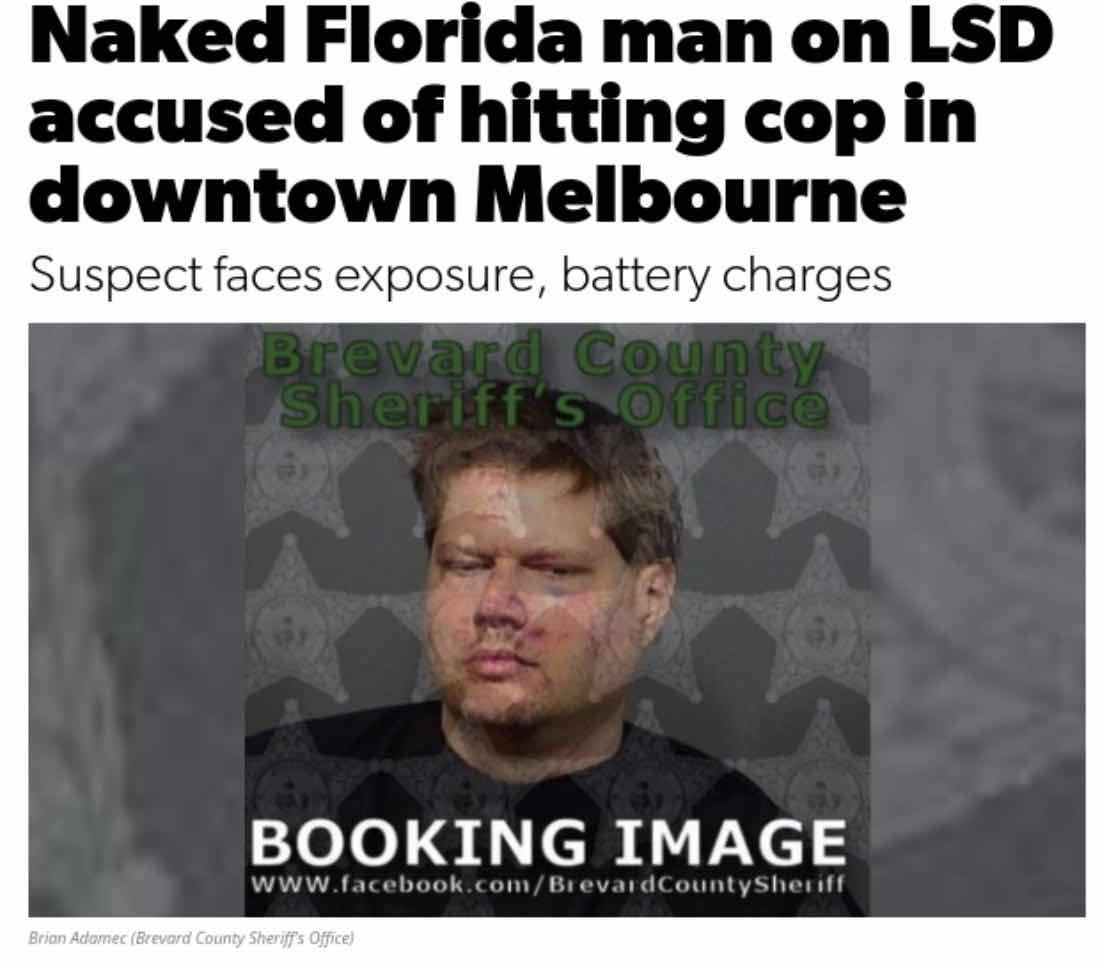 Tripping in the nude

We know it’s hot in Florida, but why do so many Florida Men commit crimes while in the nude? When police arrived on the scene Brian Adamec was naked, had a few cuts on his body, and had a possible head injury.

Adamec could have just been arrested for indecent exposure but he went on to strike a police officer in the face while being taken into custody. As if the guy wasn’t in enough trouble, a man reported to police Admaec had also slapped him while walking by him earlier in the day. Imagine being slapped by a nude guy on the street. Wild stuff.

Police took Adamec to the hospital after restraining him and Adamec reportedly told hospital staff he had taken LSD. The drugs are allegedly responsible for his less than genial behavior. 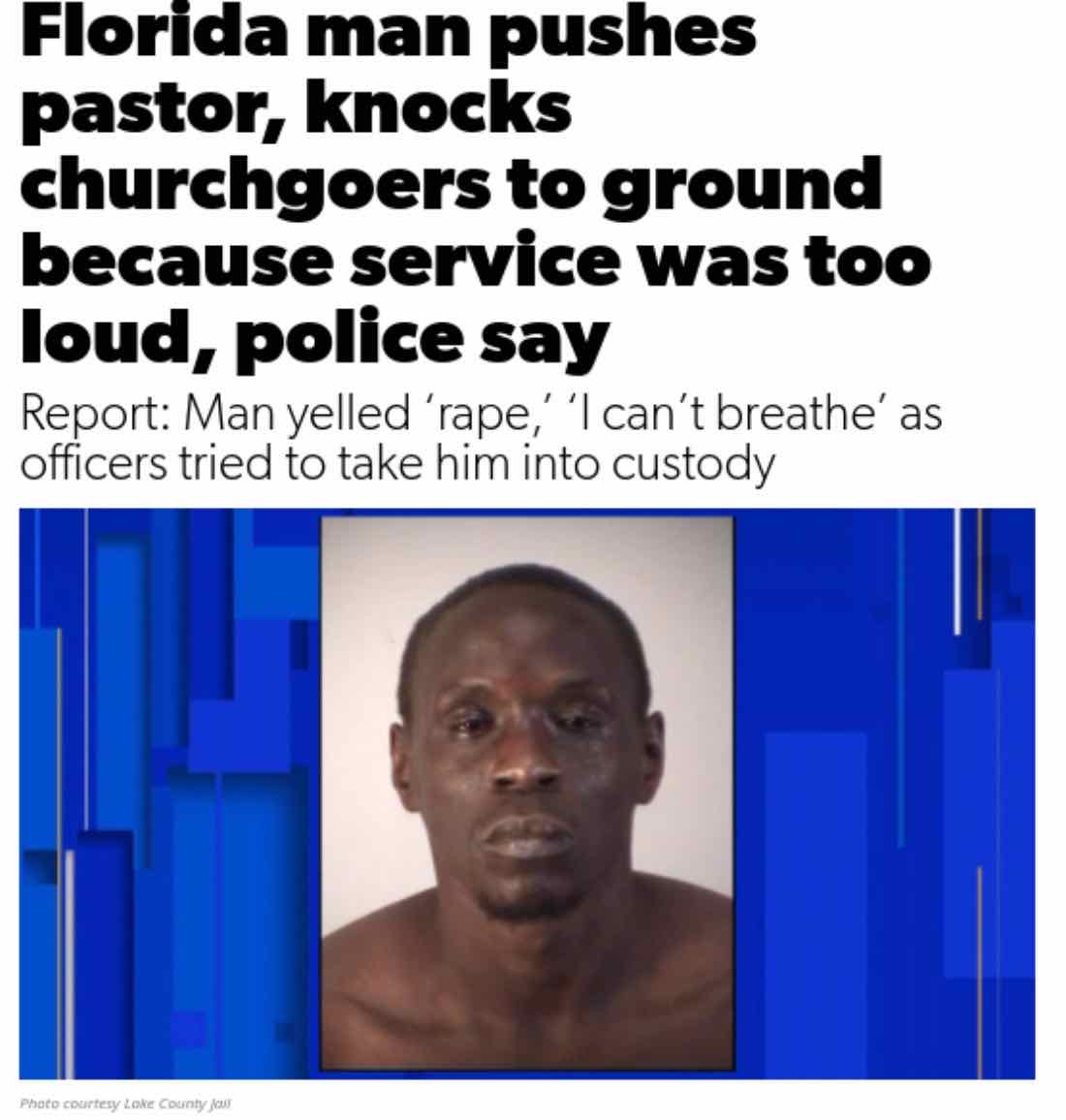 You’re praising the Lord too loud

This Florida Man had heard quite enough from a nearby outdoor church service. There’s no telling if Alan Cheesbourough was already mad about something else when he approached the church assembly, but he allegedly stomped up to the pastor and started yelling at him about the racket they were making.

It escalated into a physical altercation where Cheesbourough allegedly pushed the pastor and threw punches at churchgoers too. Cheesbourough had the audacity to shout “Rape!” and “I can’t breathe!” as police tried to take him into custody even though nothing of the sort was reported to have happened. Not cool, Florida Man. 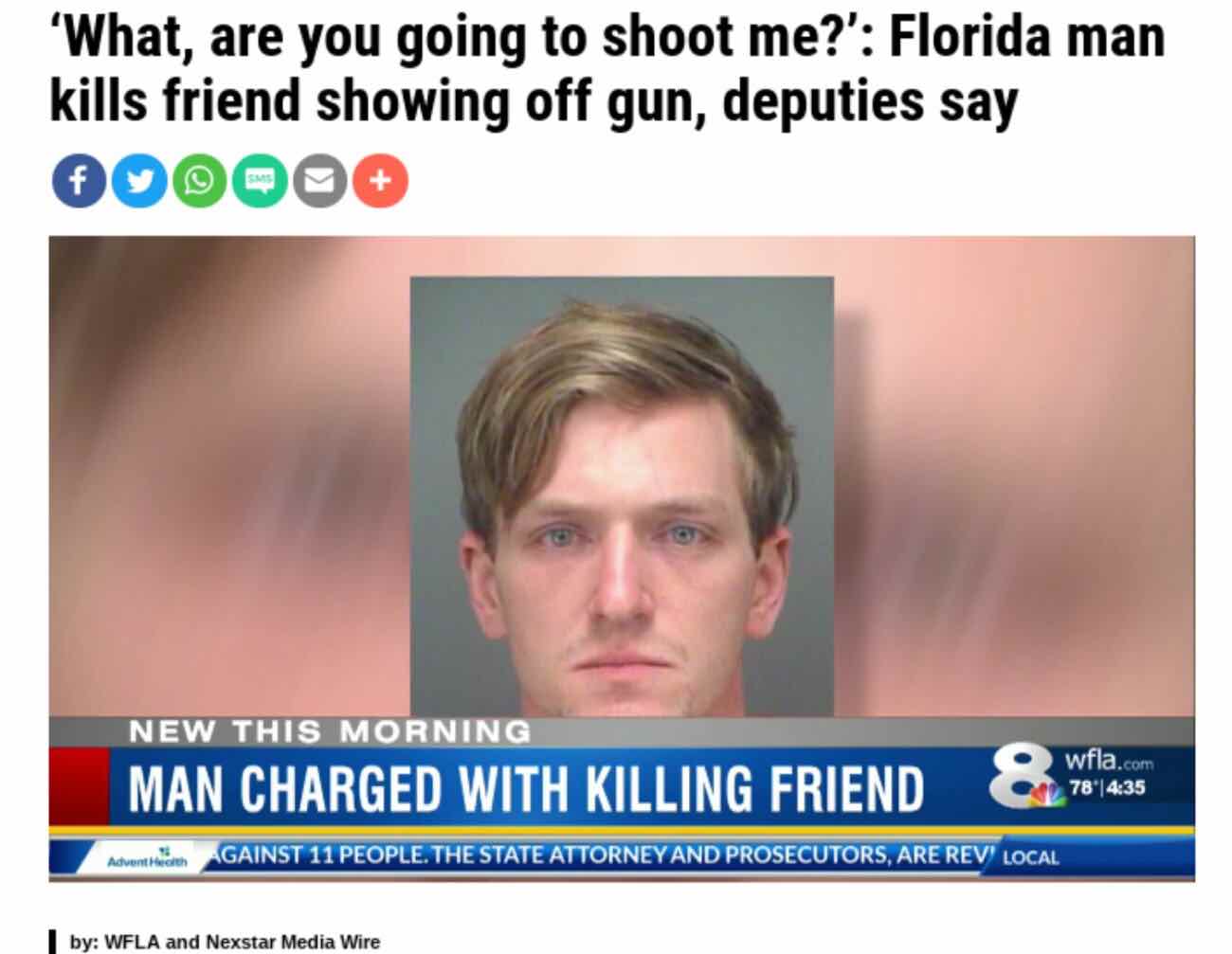 This tragic Florida Man story ended in a death. Two 26-year-old friends were hanging out when one decided to get out the Colt M4 rifle he had been customizing to show his friend. After fetching it, he entered the room and pointed it at his friend in jest.

His friend reportedly chuckled, “What, are you going to shoot me?” to which the other pulled the trigger because he thought it wasn’t loaded. The bullet hit his friend in the chest and ended up killing him. The remorseful friend who wielded the gun has been charged with manslaughter. 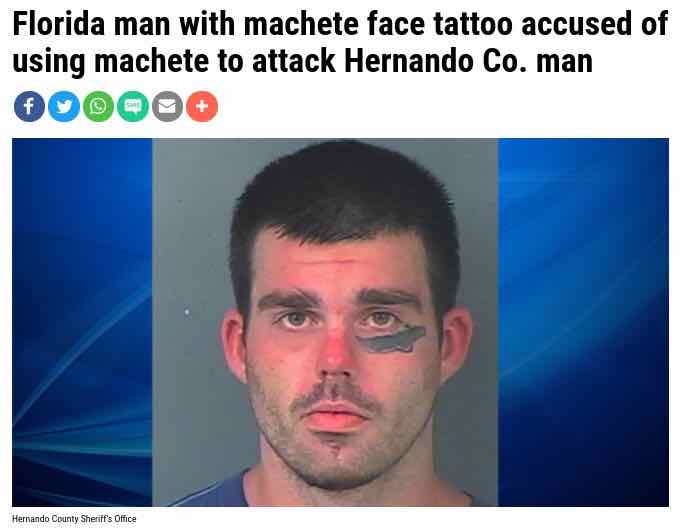 Letting your tattoo define you

Granted, a face tattoo already goes a long way towards defining you, but come on. You don’t have to stab someone with a machete just because you have a tattoo of a machete.

25-year-old Justin Couch got into an argument with a man in his house. Hernando County deputies say Couch asked the man to leave, to which the man responded he had to get his wallet and cell phone first. Couch then allegedly struck the victim with the flat side of his machete and proceeded to stab him.

Talk about zero to one hundred real quick. The victim survived, but was unable to move his left hand as of June 17th. 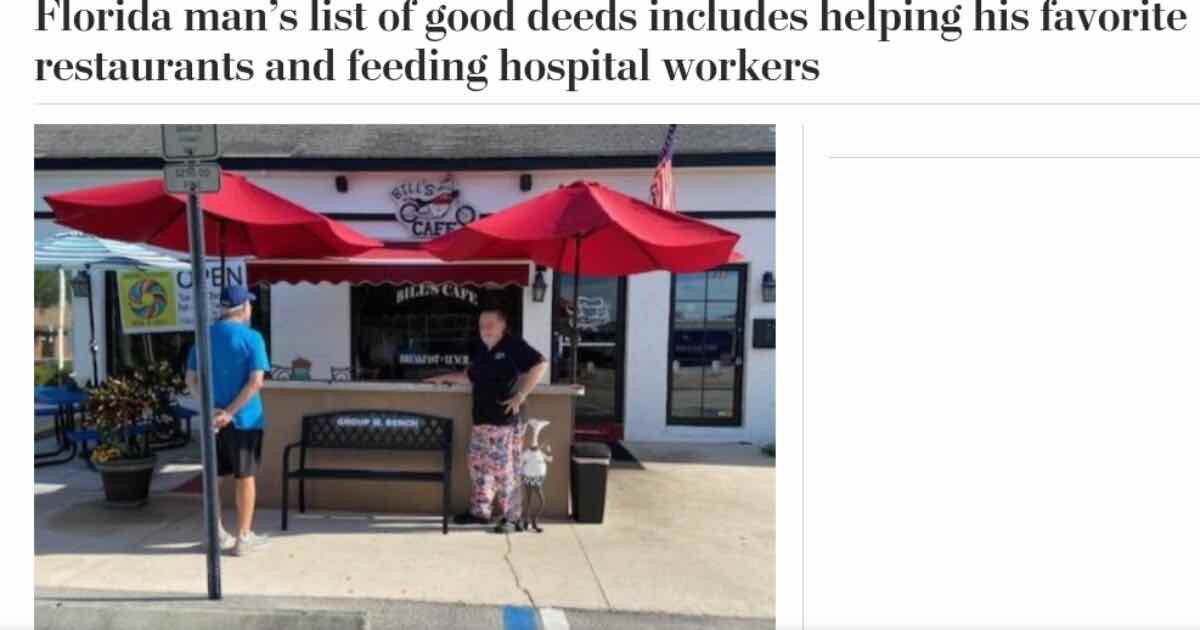 Not all Florida men are Florida Man

Look at this Floridian making a better name for Florida Man! Actually, this Florida man is really an anonymous Florida couple. They gave a boost to a local restaurant in Naples, Florida named Bill’s Cafe. They were regulars at Bill’s and they knew how much the coronavirus has been destroying small businesses everywhere.

This anonymous Florida couple not only wanted to help out the Cafe to make sure its owners and its employees stayed afloat, but wanted to say thank you to front-line workers at a local hospital. They allegedly wrote a $42,000 check to the cafe in order for it to stay open and make 100 breakfast meals for hospital workers five days a week for two months.

The owners of Bill’s Cafe and the frontier workers are really grateful for this Florida couple’s generous donation. If you can believe it, this isn’t even the only donation of this sort they’ve made. Let’s hope we see more Floridians like these in the near future.