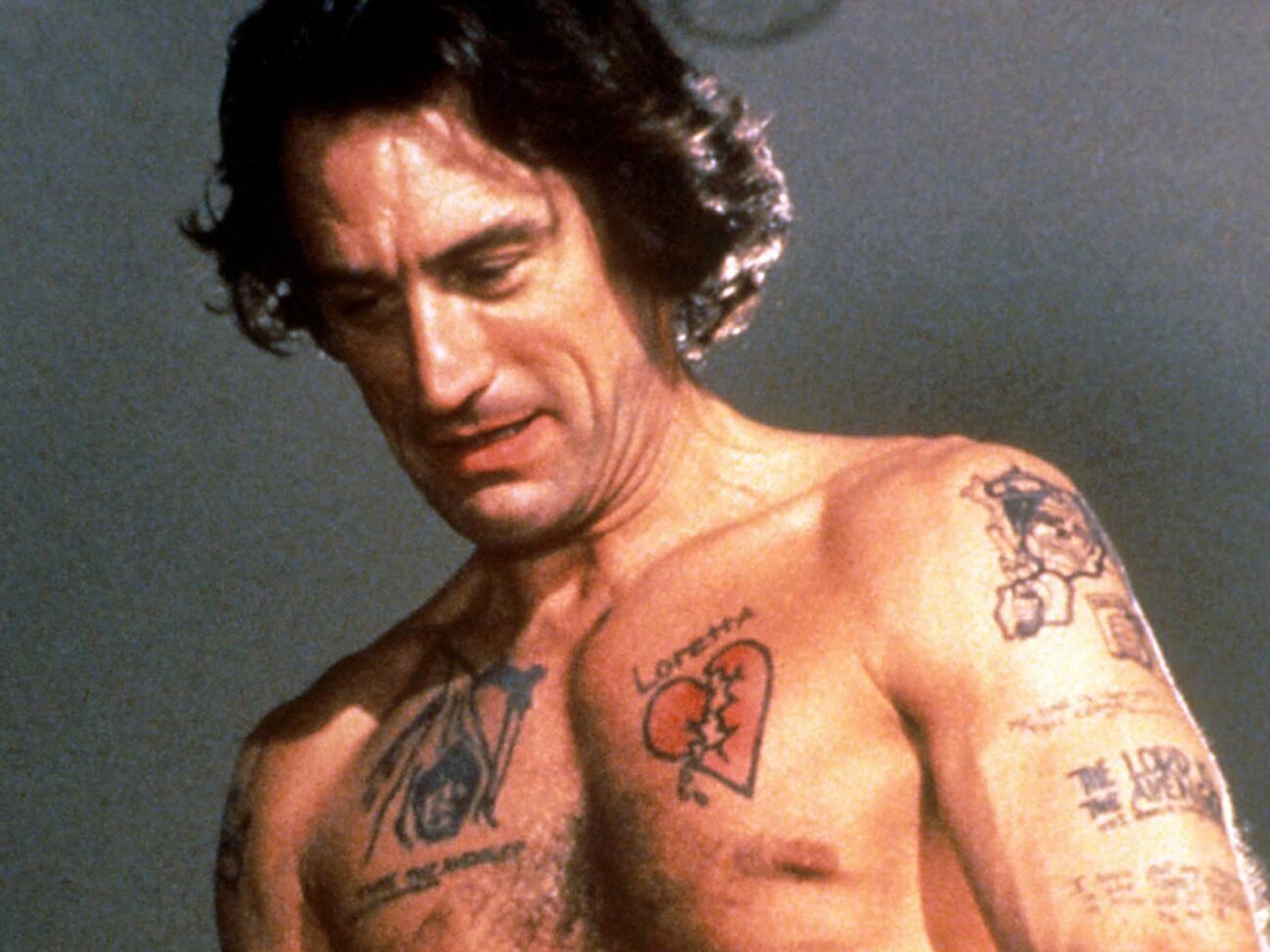 The art tattoo is very popular today, and it can be found on the body of almost every third person. The film art representatives do not pass over this phenomenon either, trying to reward the brutal movie characters with one bright, or, several small body images.

The main purpose of using tattoos in movies is the desire of directors to distinguish the character from the crowd, without words to tell about his personality, to emphasize individuality.

Here we want to remind you what movie characters with tattoos are most memorable to viewers. It is not about artistically significant tattoos, but about those that have meaning and emphasize the image of the characters. 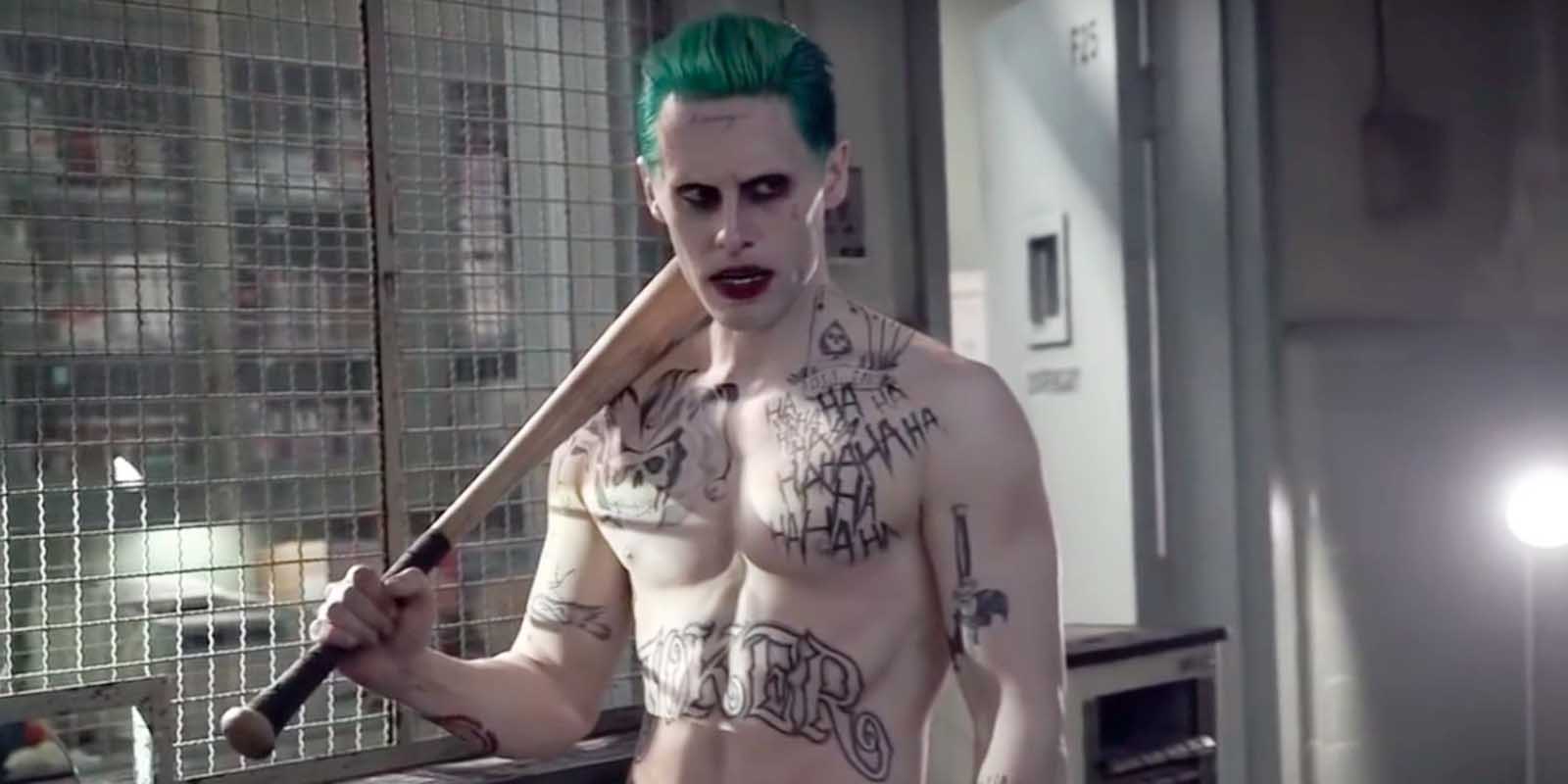 There are many characters in the film who have tattoos, both in color and in the black and white tattoo inks. Let’s talk about the main characters.

Jared Leto as the Joker is remembered not only for his great acting but also for the large number of tattoos on his body and face. Among them, the traditional inscription “Damaged” on his forehead, the letter J on his cheek, as well as the star on his temple. Joker’s body is also adorned with large tattoos, most of which are references to the comic book plot.

Besides the Joker, there was another character whose tattoos you can look at with interest for quite a long time. This is Harley Quinn. More than 25 pieces of tattoos are chaotically placed on her legs, face, and lower abdomen. 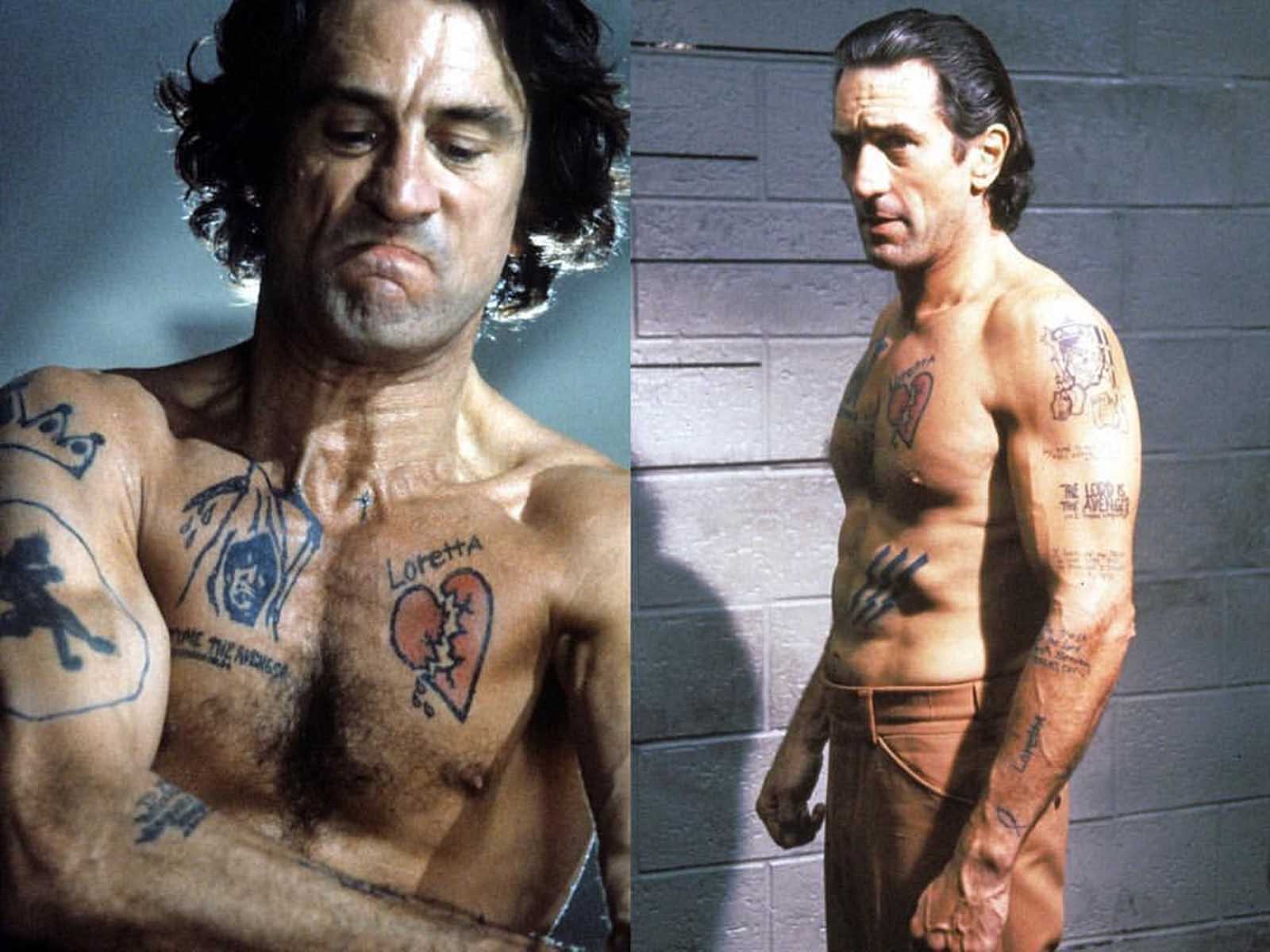 Robert De Niro plays a homicidal maniac whose body abounds with many tattoos. They are not just ordinary decorations for the film but in some ways expressive means.

Director Martin Scorsese tries to show them as often as possible throughout the film, often filling the episodes with close-ups of tattoos and, if possible, trying to talk about them through the mouth of the main character. The basic concept of all the tattoos comes together in one word: revenge. 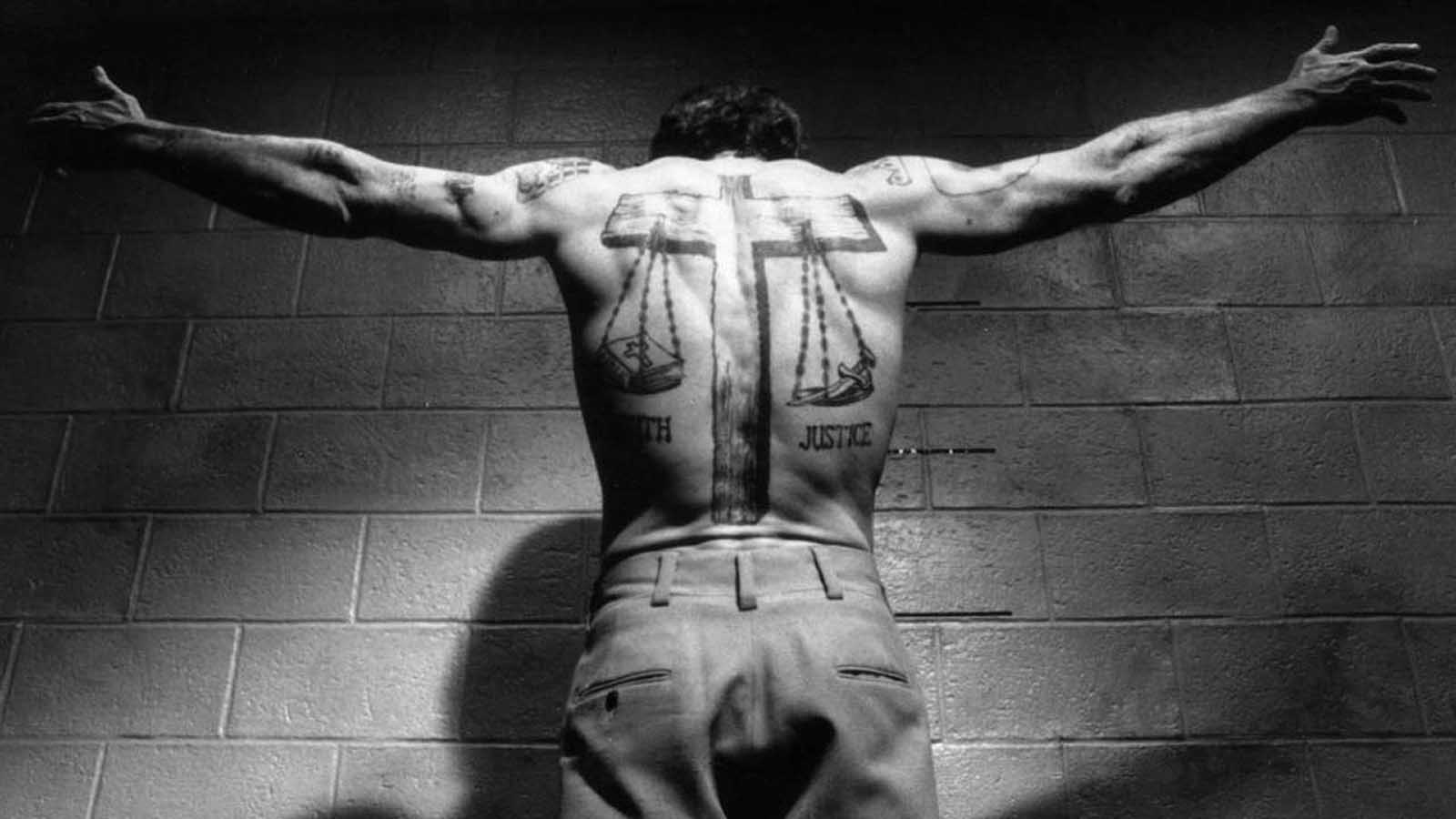 However, those who have seen this film are well aware that this character’s understanding of truth and justice is quite perverse. These tattoos quite directly try to show the mania of De Niro’s hero. It is actually quite a rare case where tattoos in movies try to express as directly as possible the state and motives of the main character. 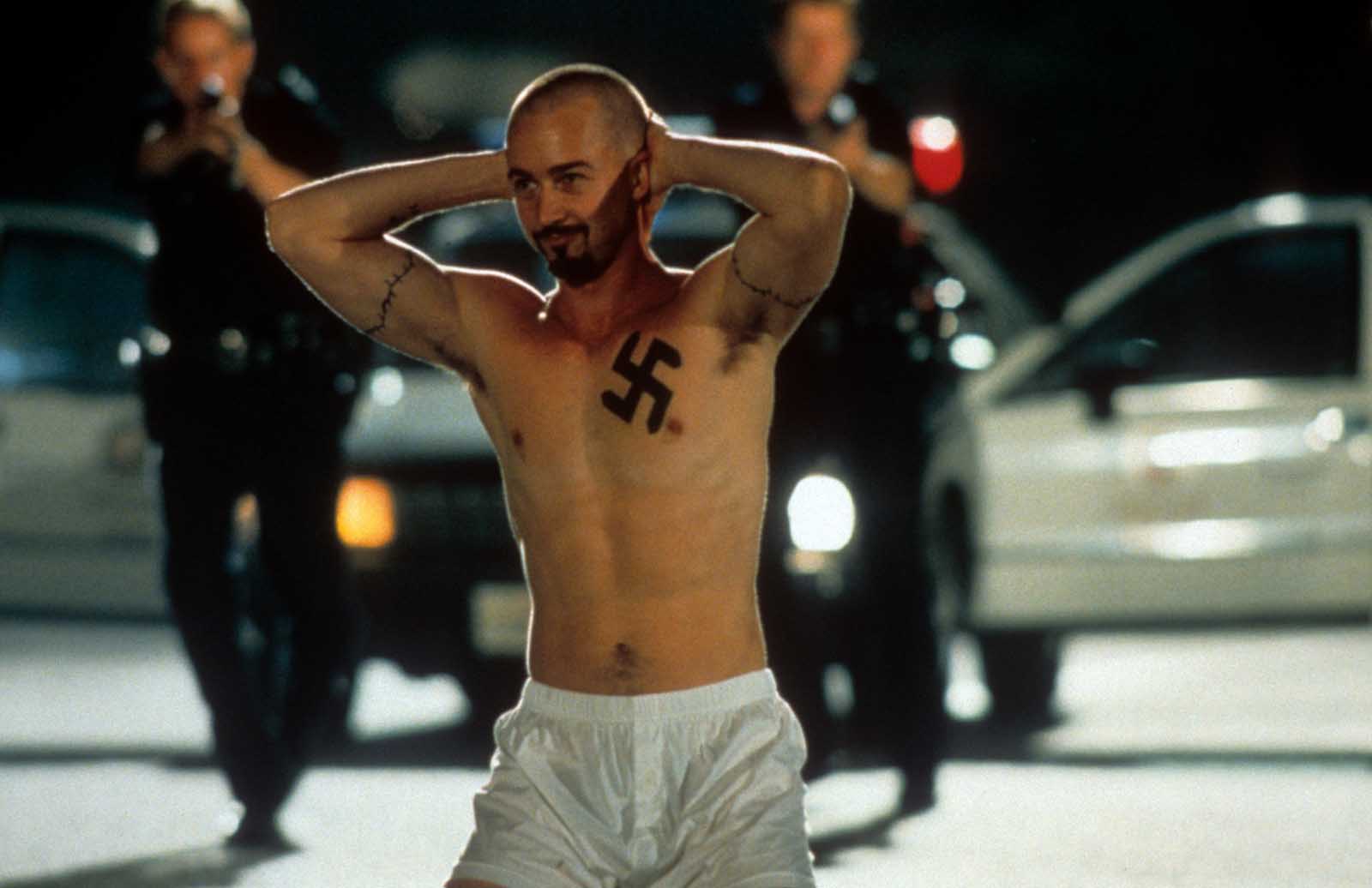 In this case, the tattoos are presented as symbolic body art that cultivates neo-Nazism. They form an important part of the hero’s character and significantly influence the viewer’s attitude toward him. It is fair to say that the film would hardly be so authentic at all if there were no tattoos. 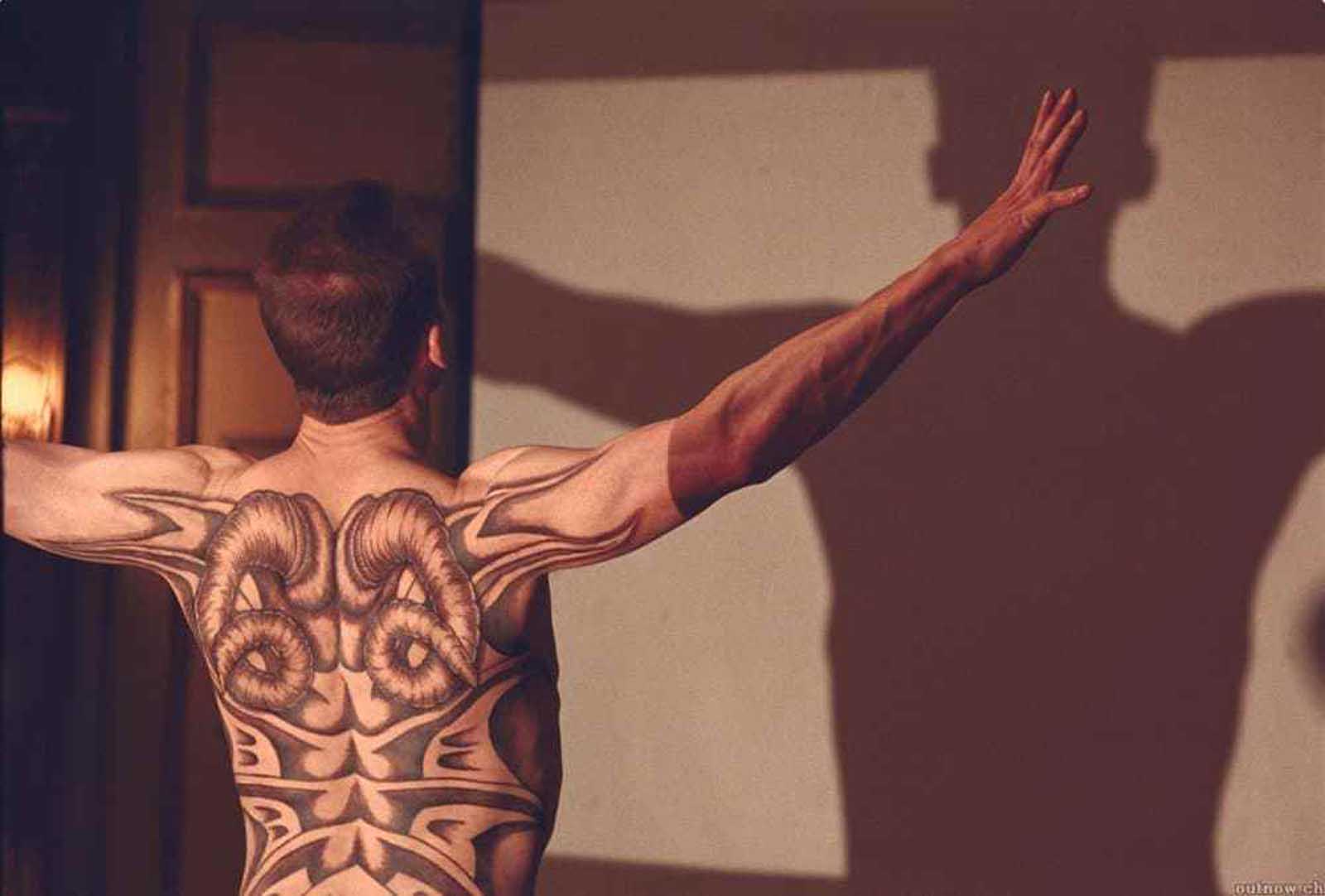 The tattoo adorns the back and lumbar area of the main villain. The anti-hero considers himself the Red Dragon, who demands human sacrifice. To be fair, the body image is made with great skill. It is impossible to take your eyes away from the shots where it is shown. 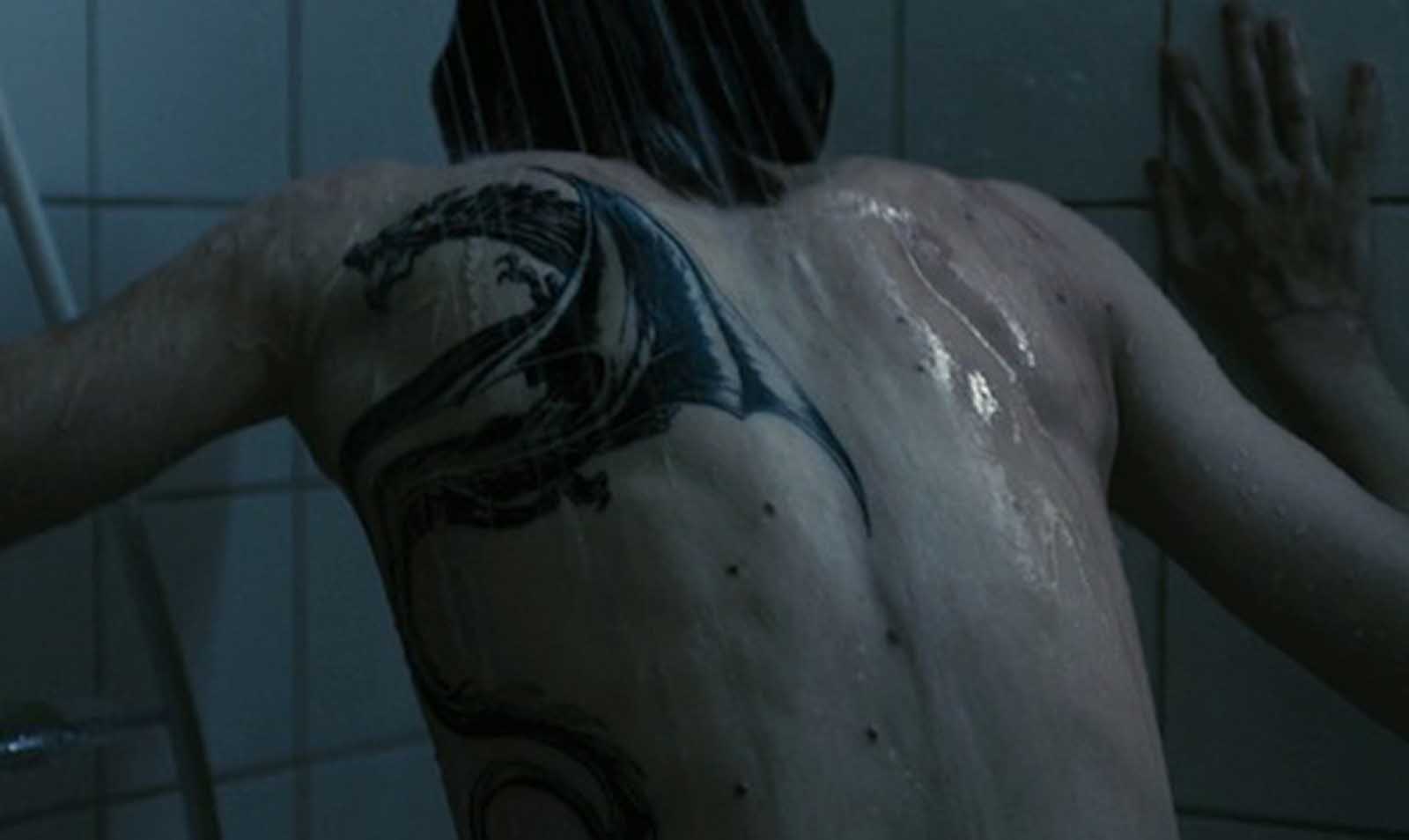 The Girl with the Dragon Tattoo

In both the original Swedish version and the 2012 remake, the dragon tattoo of Lisbeth is represented vividly, but in different ways. The dragon tattoo for women represents the power and/or creator and protector of life.

Despite the title carried over from the book’s original, the tattoo has little to do with what happens in the film. The dragon tattoo on the heroine’s back only emphasizes her inner strength. It also gives aesthetic pleasure to fans of body art. 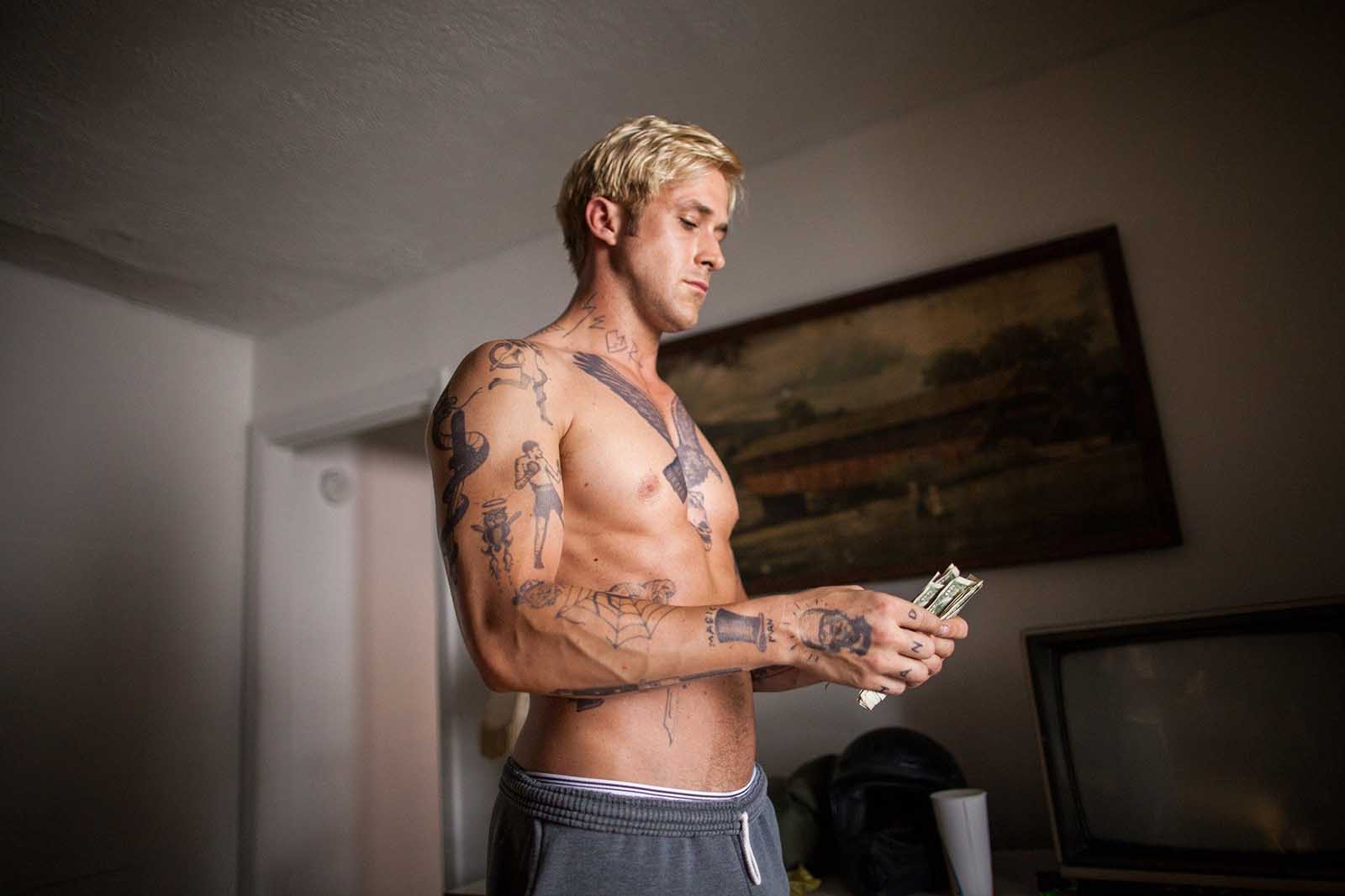 The Place Beyond the Pines

The body of Ryan Gosling’s character in the movie “The Place Beyond the Pines” (2012) was covered with a lot of tattoos. After the movie, the actor admitted that he was against the number of tattoos, but the director of this crime drama, obliged Ryan to appear on screen in this form. 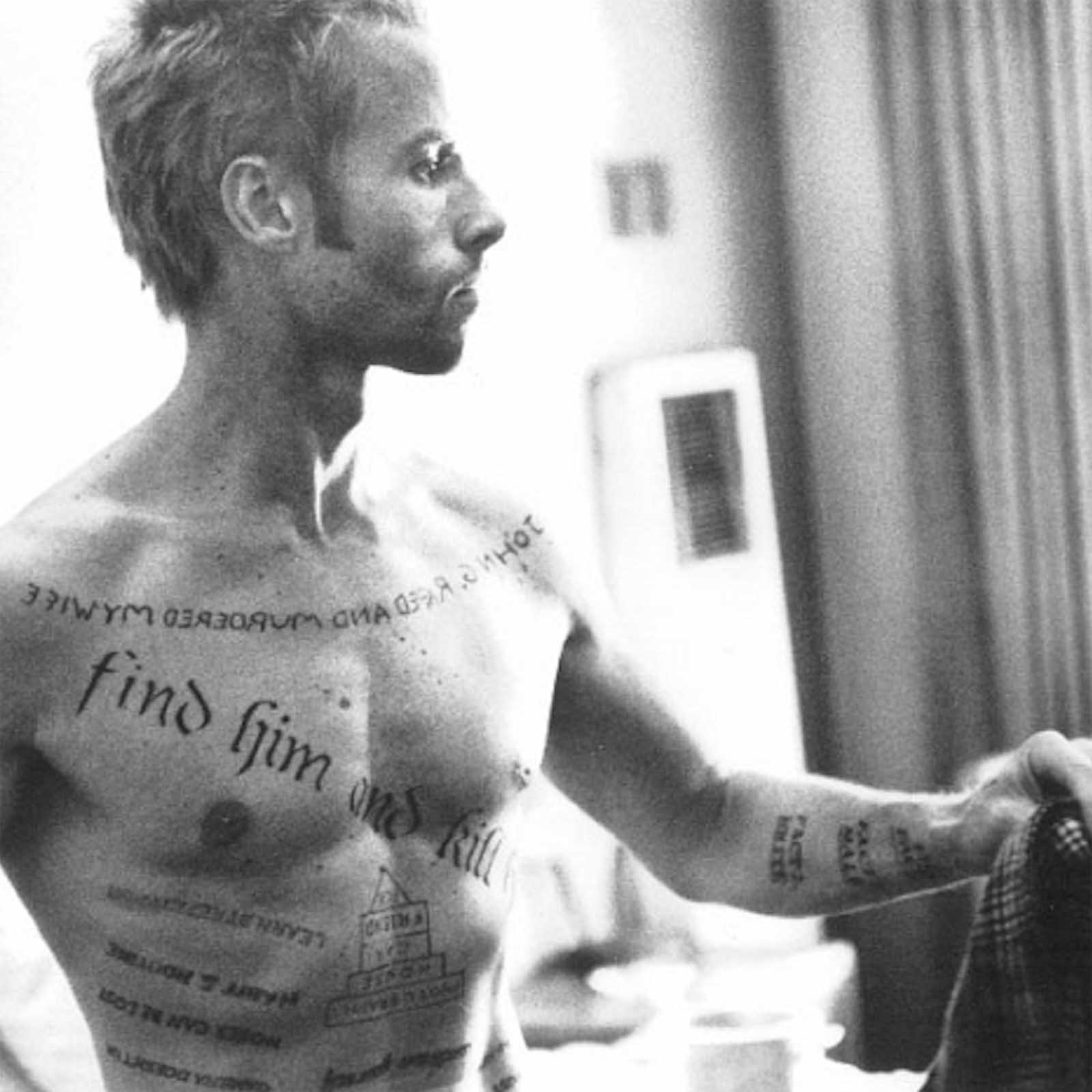 In Christopher Nolan’s Memento (2000), tattoos were of vital importance to the protagonist: using them, a man suffering from a rare form of amnesia receives messages from his memory.

He is forced to constantly leave notes to himself, tattoos reminding him of places, events, and people. He searches for his wife’s killer and writes facts that should help him in his search. Of course, that’s not all. The tattoos represent something far more disturbing. 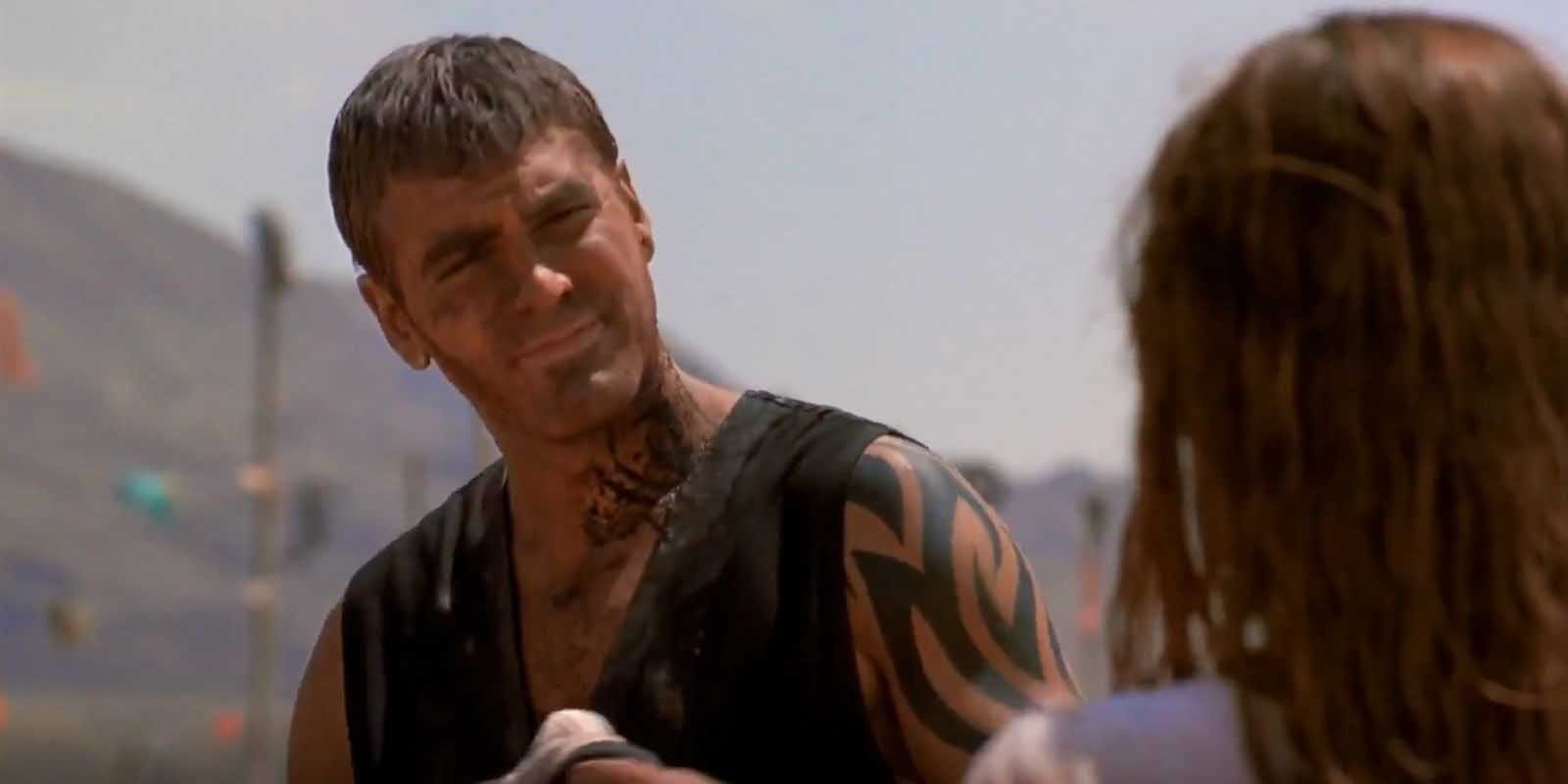 From Dusk till Dawn

In 1996, Clooney’s huge tattoo in From Dusk Till Dawn was a bold decision. This was another incarnation of evil, as Gekko may be the most ruthless character Clooney has ever played. The tattoo consists of black lines that intertwine or run parallel.

Besides the fact that the tattoo gave the character an ominous image, these black tribal patterns started the fashion trend of the ’90s. Back then, many people started getting tattoos “like Clooney’s.” 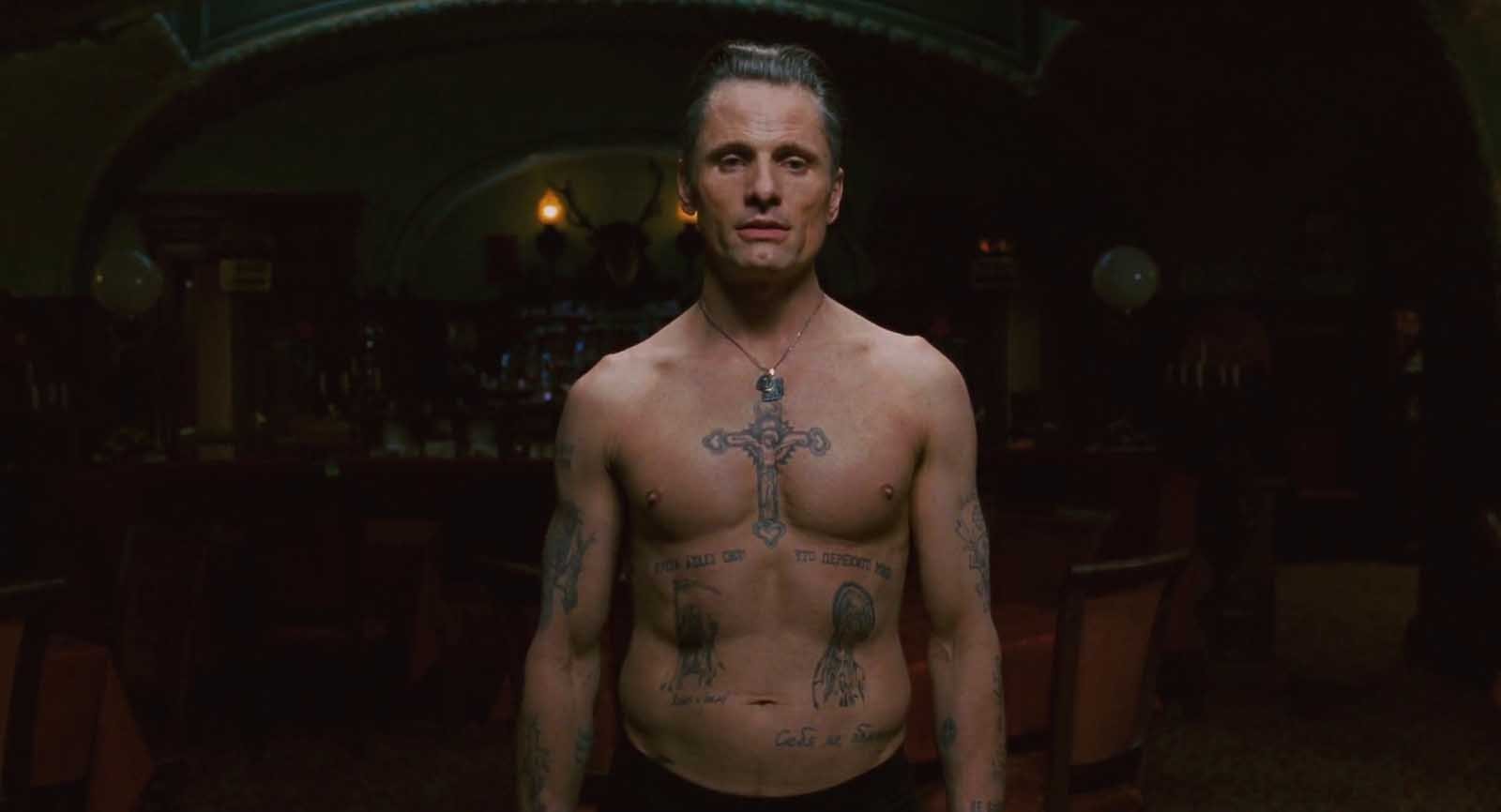 When Viggo Mortensen undertook to portray an FSB agent infiltrated into the Russian mafia in London, the actor by no means wanted to play a primitive caricature of a Russian bandit.

The hero “of Eastern Promisest” Nikolai Luzhin, played by Viggo Mortensen, reached a high position in the hierarchy of “thieves in the law”. It is signified by the tattoos in the form of stars on his knees. The character has a total of 43 tattoos, not counting the seven on his fingers, which were applied to the actor’s body for over four hours. The tattoos, of course, became an essential element of the truthfulness and “realness” of this image. 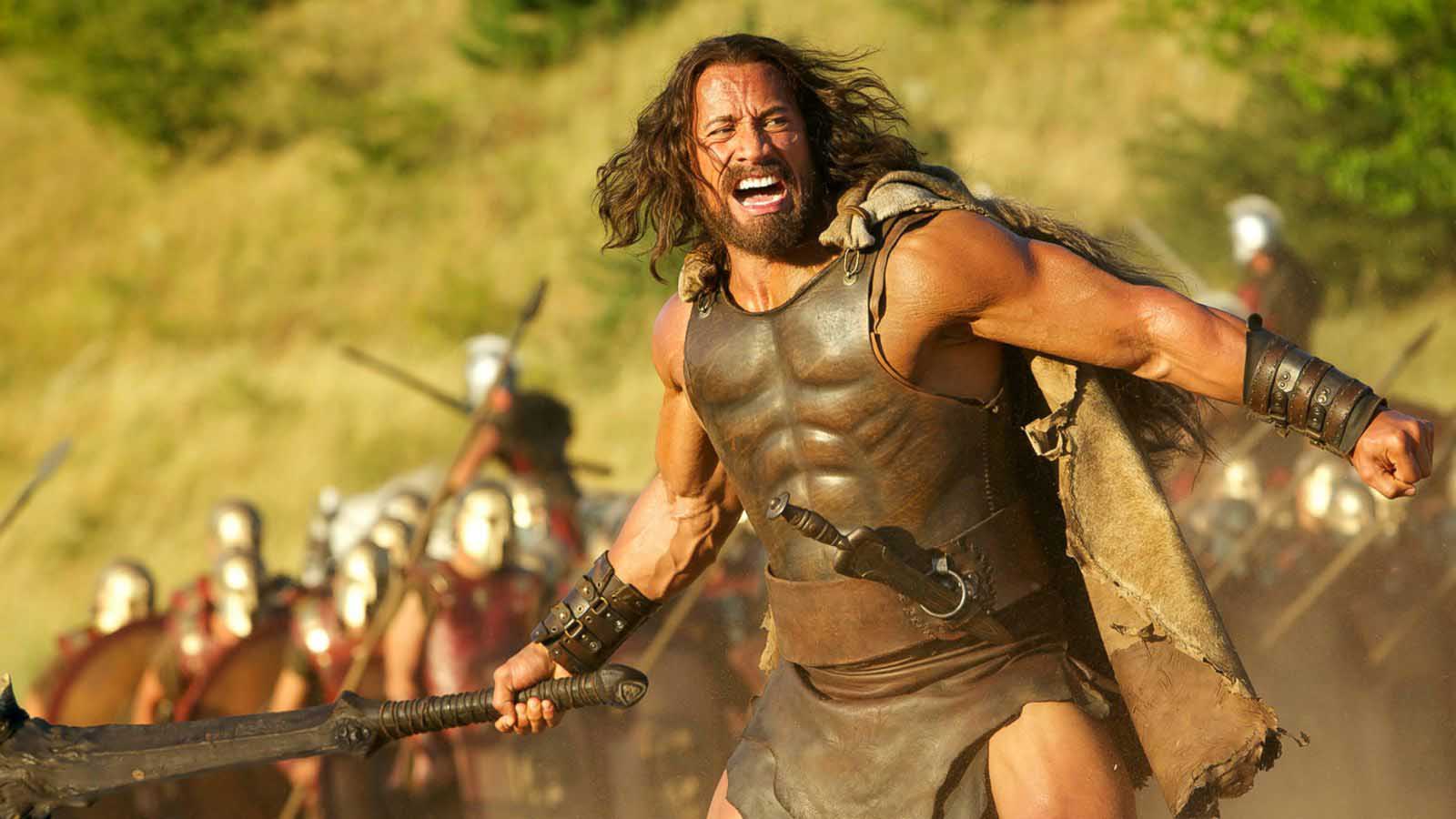 How does the cinema world treat actors with tattoos?

An actor with a tattoo often causes dissatisfaction and problems for the director and crew, since you have to spend time painting over it. Not all directors agree to the additional difficulties and refuse to work with tattooed actors.

However, we all know a large number of examples of talented and world-renowned actors with tattoos that directors want to work with regardless of reasons such as body tattoos. For example, Dwayne Johnson was in the 2014 film Hercules, where he had his entire large tattoo painted over half of his chest and shoulder. 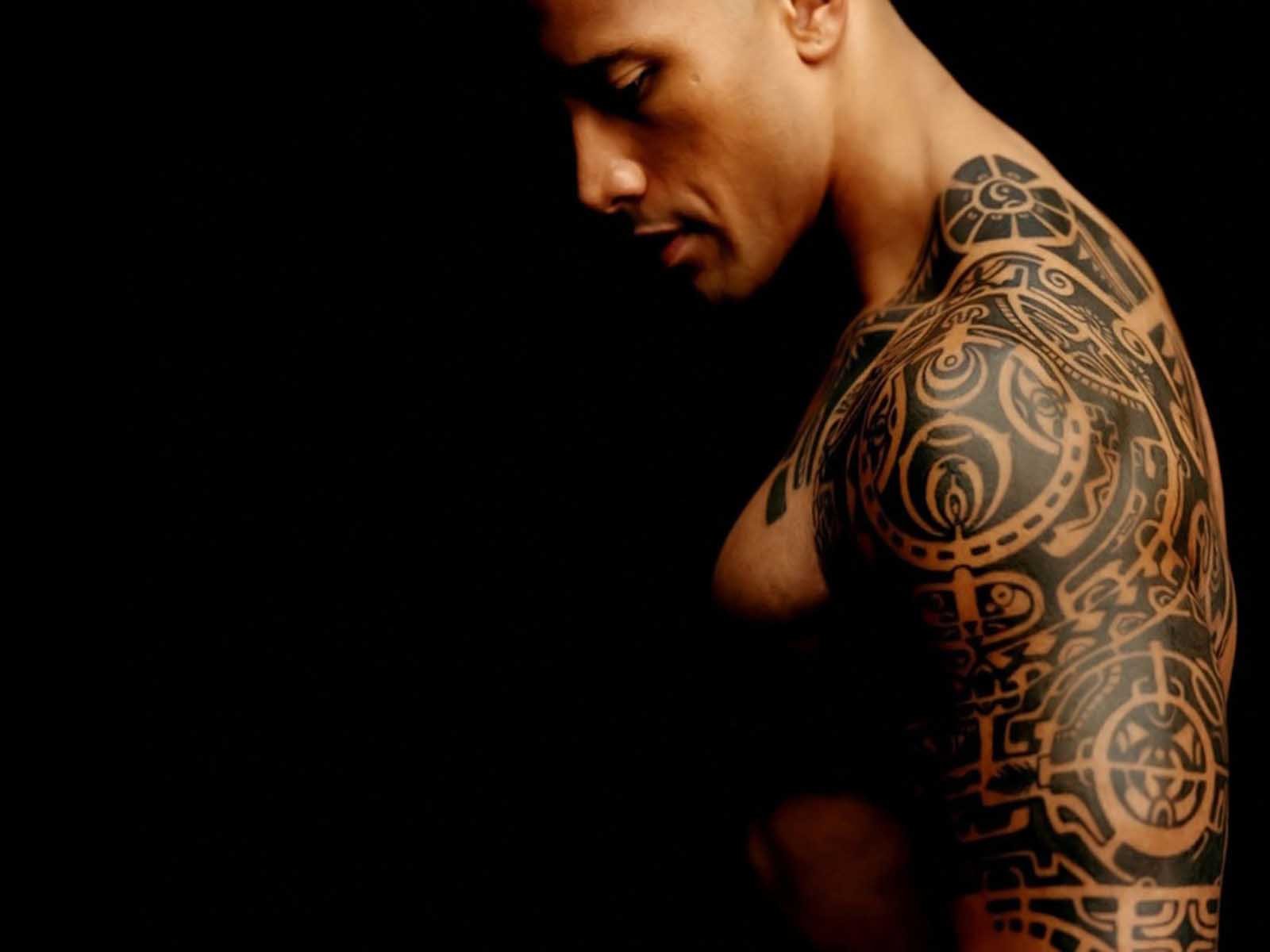 There are also examples of characters and films where it was decided to keep the actors’ real tattoos and not paint over them. For example, for the movie Warrior the director decided to keep Tom Hardy’s tattoos, they even fit the character well and reminded him of his dark past.

Or a recent example, the 2020 film The King of Staten Island starring Pitt Davidson is about a guy who dreams of becoming a tattoo artist. There are plenty of such examples among Hollywood actors: Angelina Jolie, Johnny Depp, Danny Trejo, Dwayne Johnson, Jason Momoa, and others.

The film directors were able to use tattoos in the best way to put the right accents, to show the originality of the characters. In each film, the art of tattooing is revealed in its own way. Each of them demonstrates not only the artistic value of the body art but also its social and semantic content.