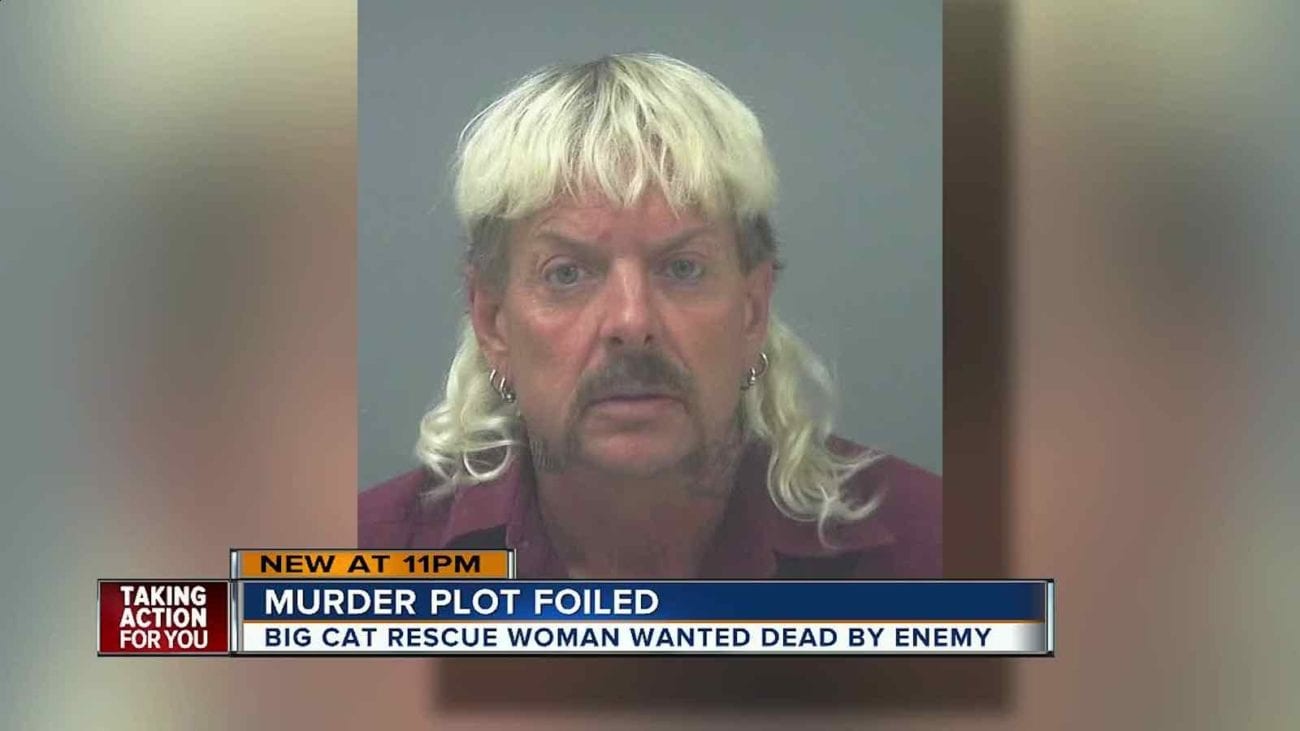 The best Florida Man memes to keep you laughing in 2020

Ah, that ever mythical Florida Man. Yes, there are many men in Florida, but you know what we mean. The whole genre of bizarre news headlines that come out of Florida, usually involving a man doing something so bizarre that we just have to laugh. Well, laugh or cry depending. Even so, there are dozens of Florida Man memes across the internet. Some websites will count down the weirdest ones per year.

So it’s time to chuckle through the COVID-19 pandemic by looking at some of the best Florida Man memes and wonder is Florida even real? 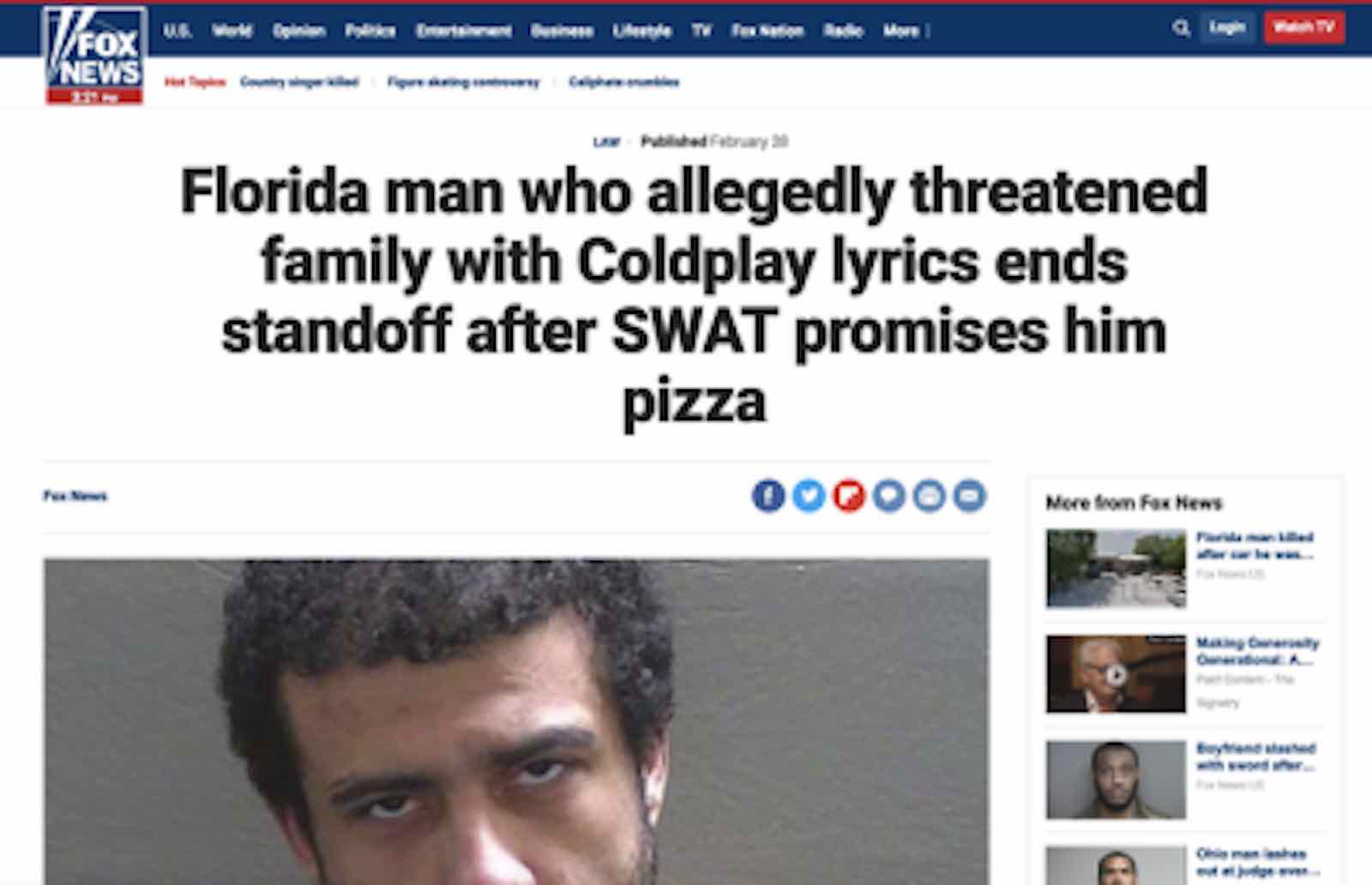 That whole headline is a drama unto itself. For real though, most of us would probably want to end a standoff with SWAT with a pizza party, but only in Florida. We’re more curious as to how someone threatens with Coldplay lyrics. 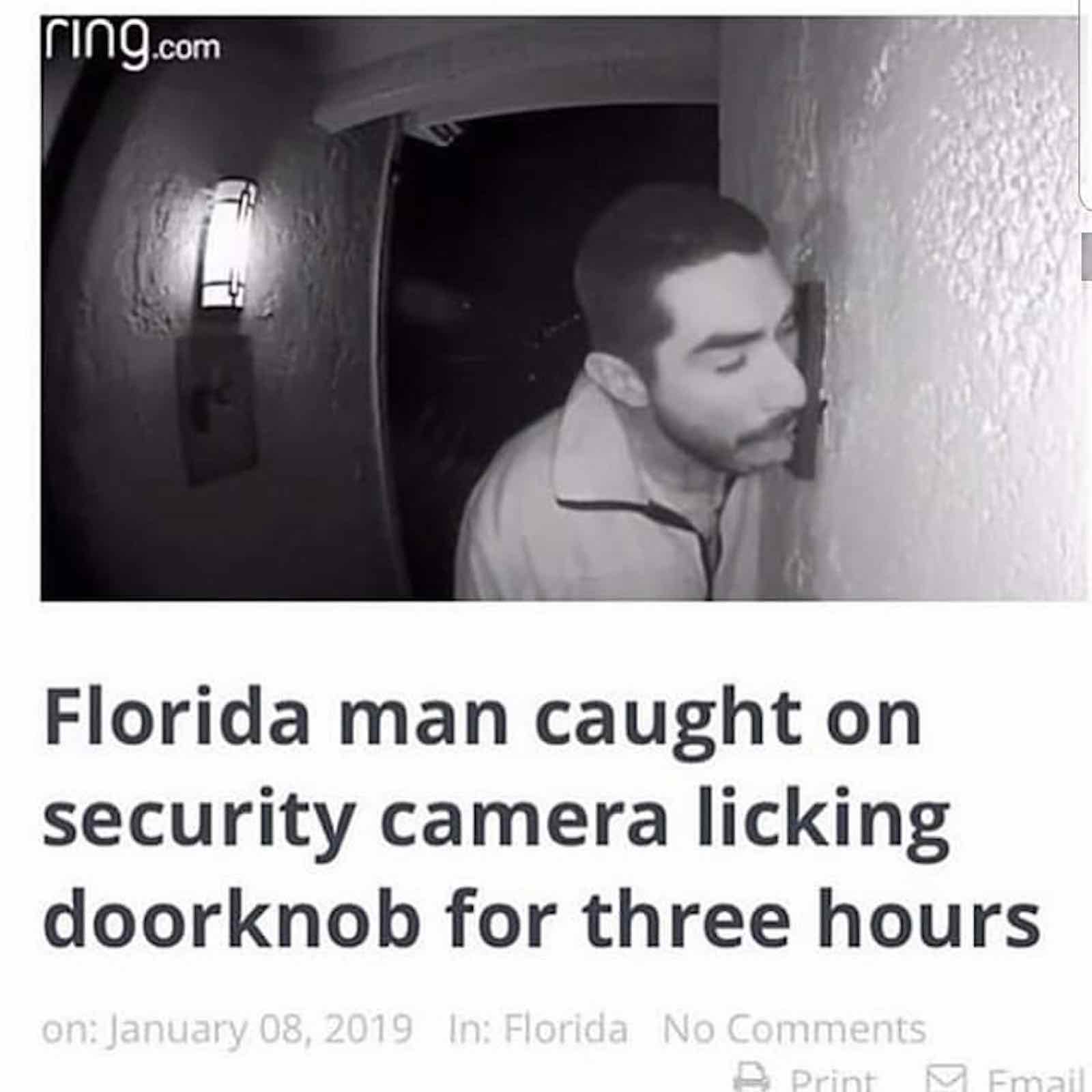 Okay, Florida, we’re not going to tell you how to live your life. Maybe, however, hold off on the doorknob licking until after the pandemic is over. Or, you know, at least sanitize the doorknob before you go to town on it with your tongue. 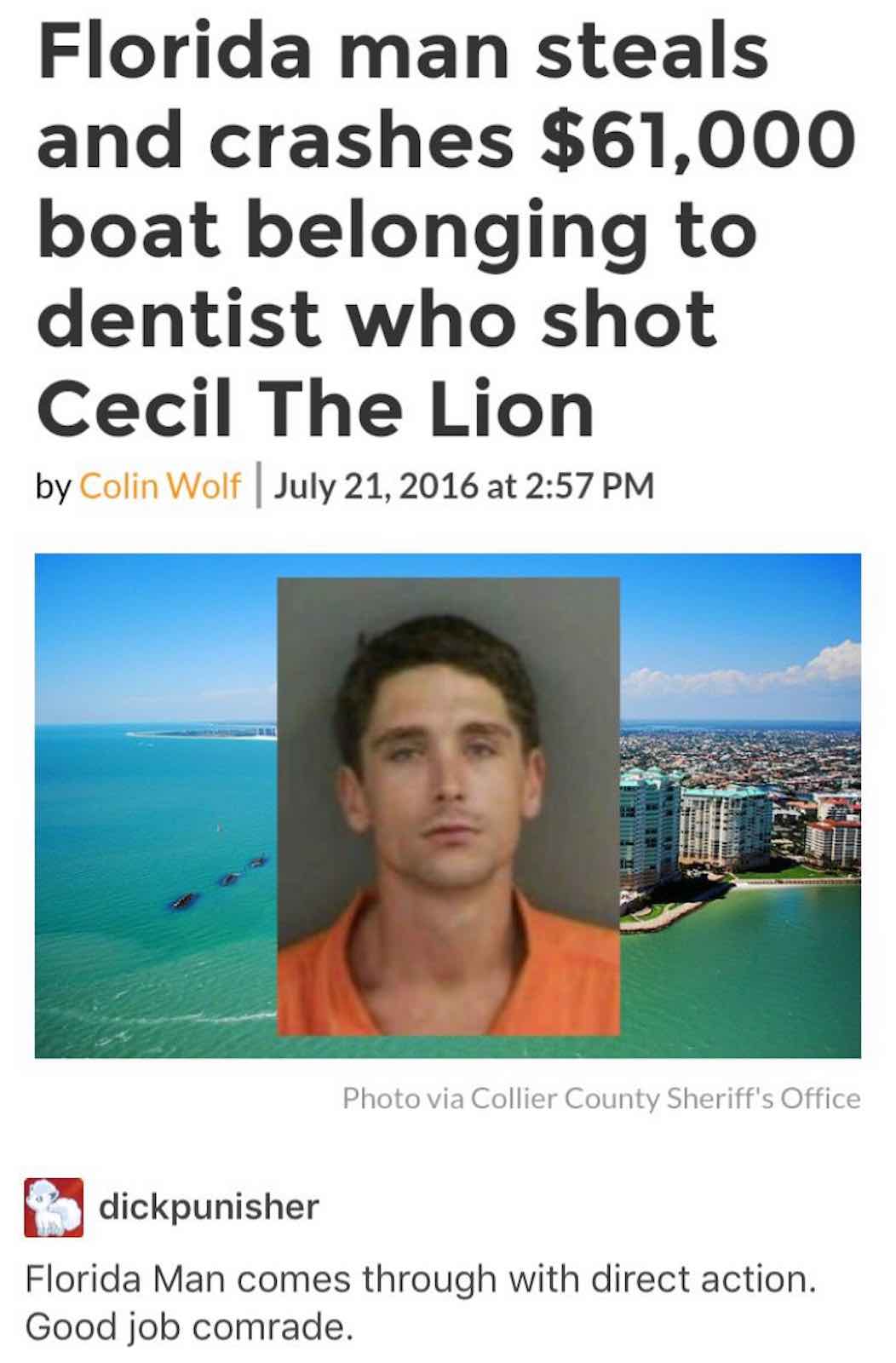 There’s definitely some form of karma in that headline. We salute you, Florida Man. Sometimes you’re too much to handle, but other times you balance the scales of the universe in the best way possible. Also, don’t shoot lions. 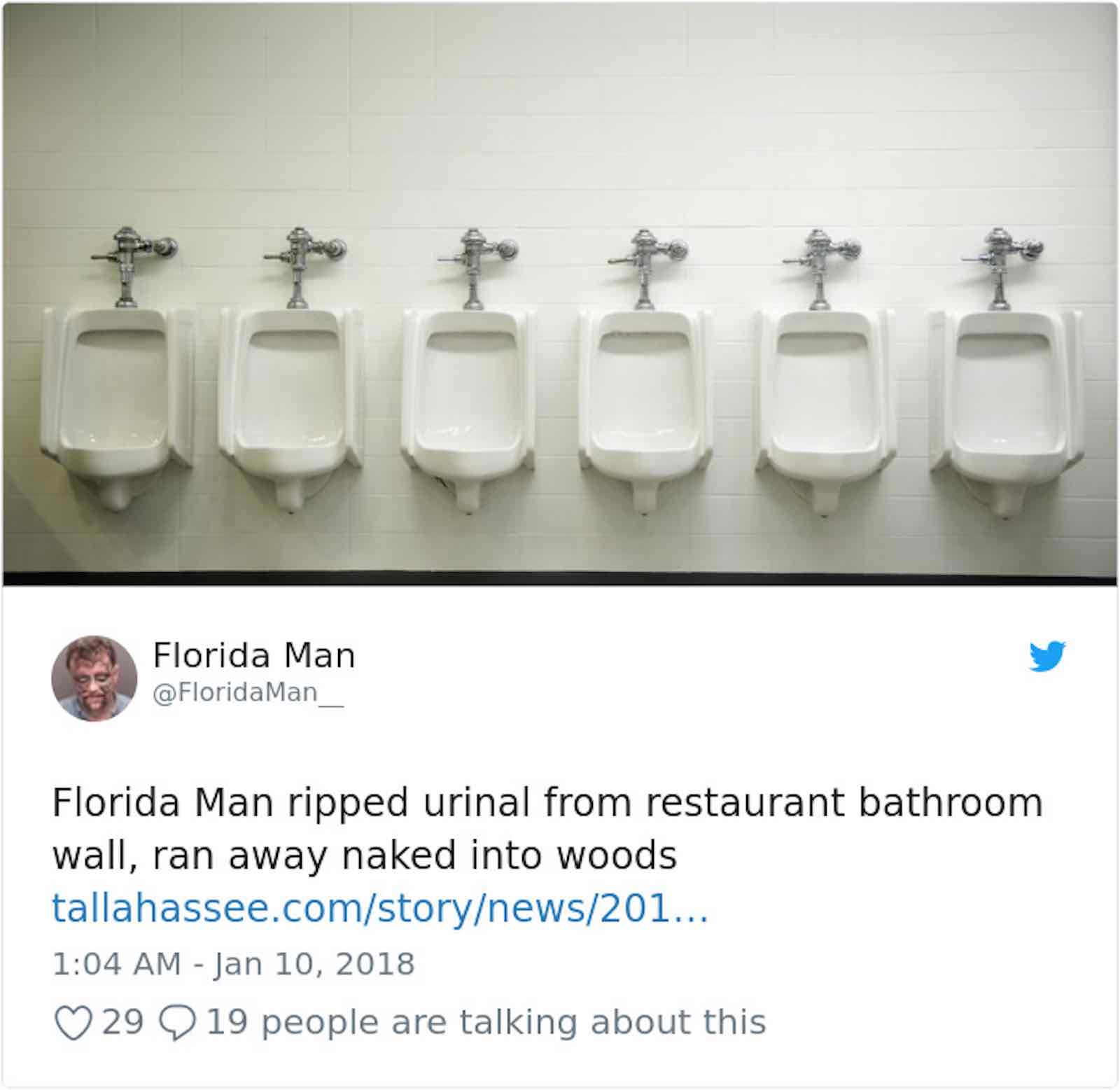 4. Florida man ripped urinal from restaurant bathroom, ran away naked into the woods

Someone read the SparkNotes summary of Thoreau’s Walden’s Pond and only came away with half of the meaning of it, didn’t they? Return to the wild, Florida Man, and run free away from the ills of society and how we are all disconnected from each other. 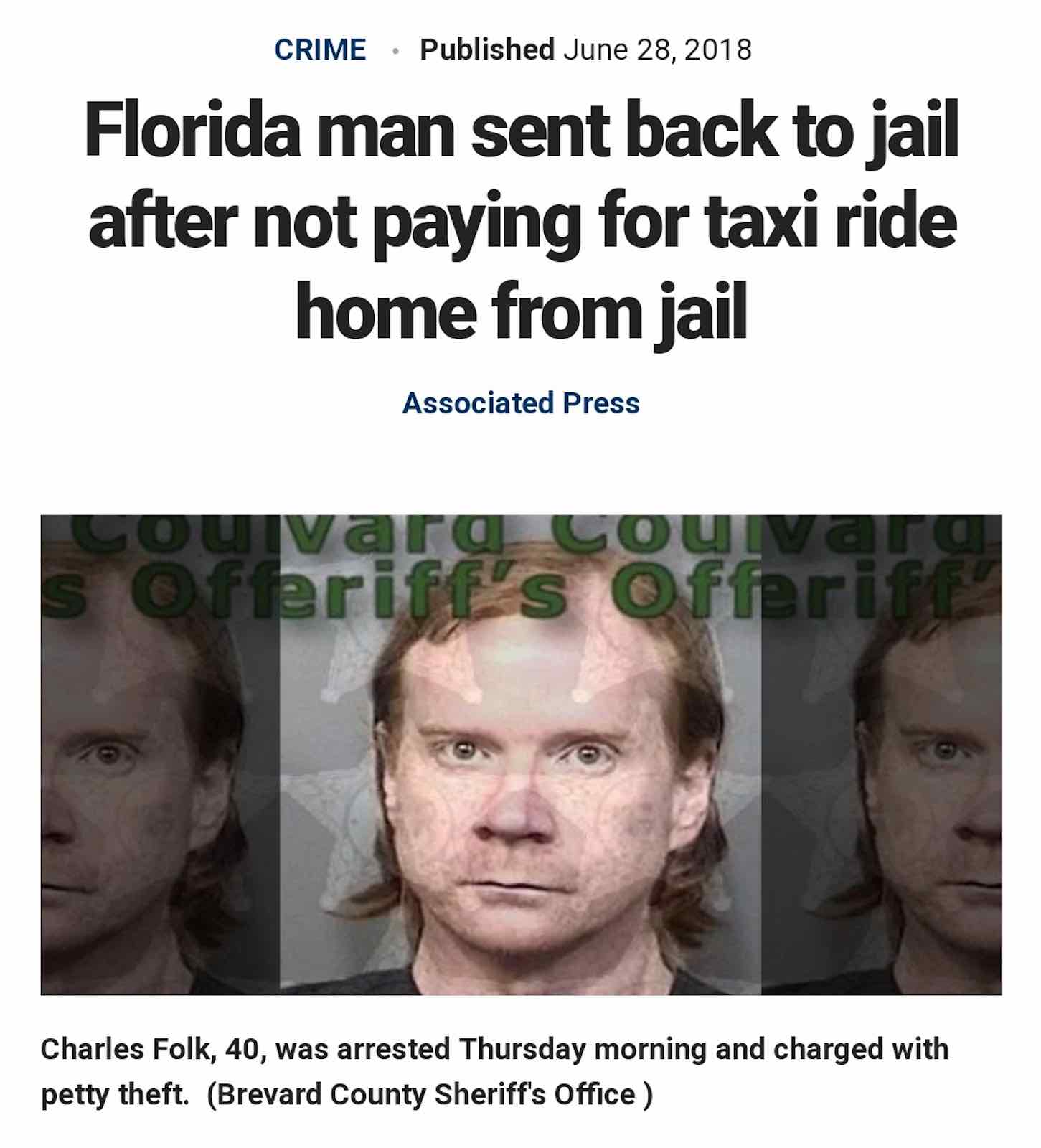 5. Florida man sent back to jail after not paying for taxi ride home from jail

We know that some people can’t handle living on the outside after leaving the correctional system. We didn’t think it would take that fast, Florida Man. You okay, bro? 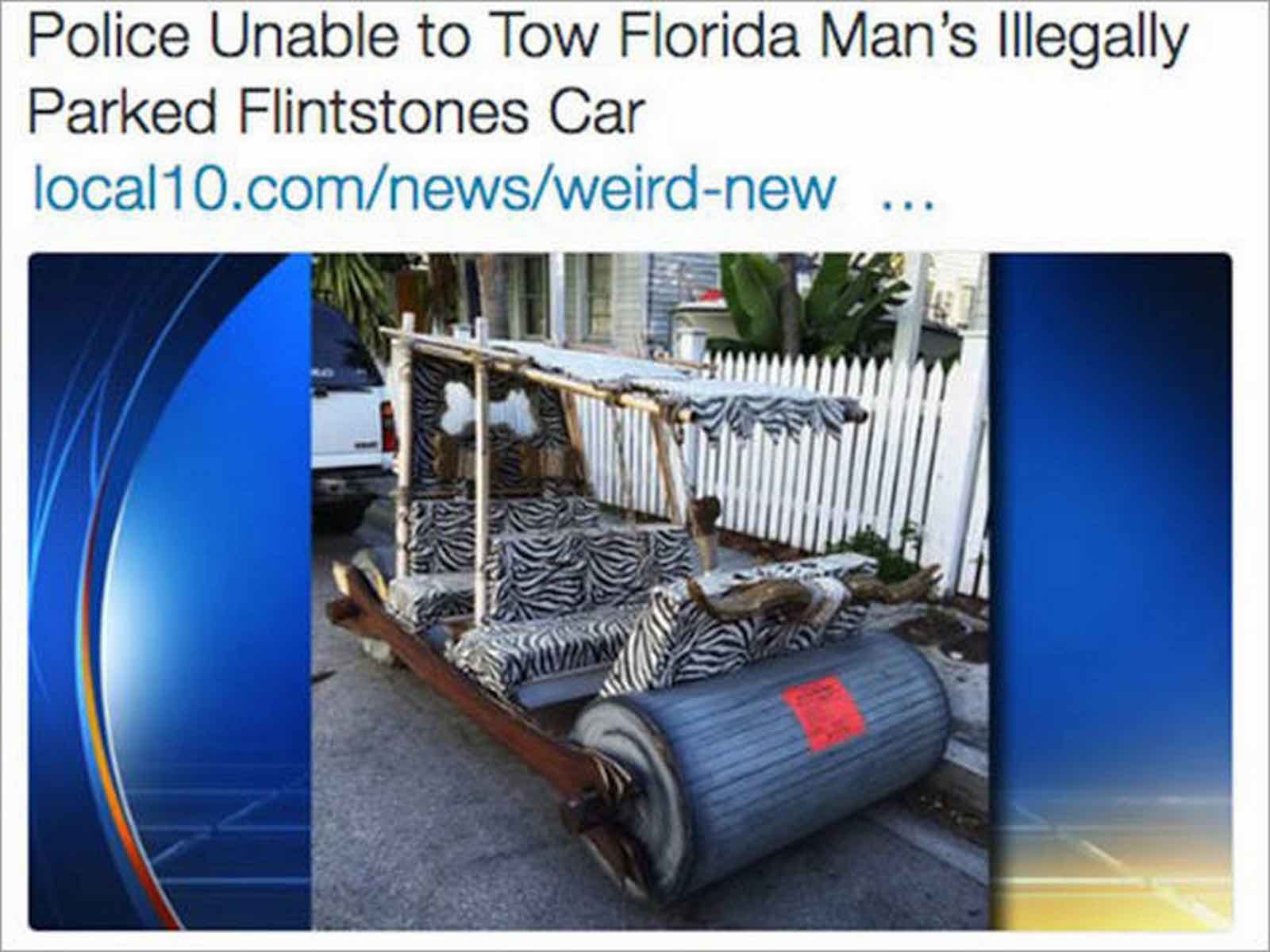 Okay, if you know The Flintstones theme song, then sing along. “Florida! This is Florida! It’s a state right out of mystery! Down in Pensacola, it’s a good idea to park illegally!” (Side note: we don’t know if this takes place in Pensacola.) 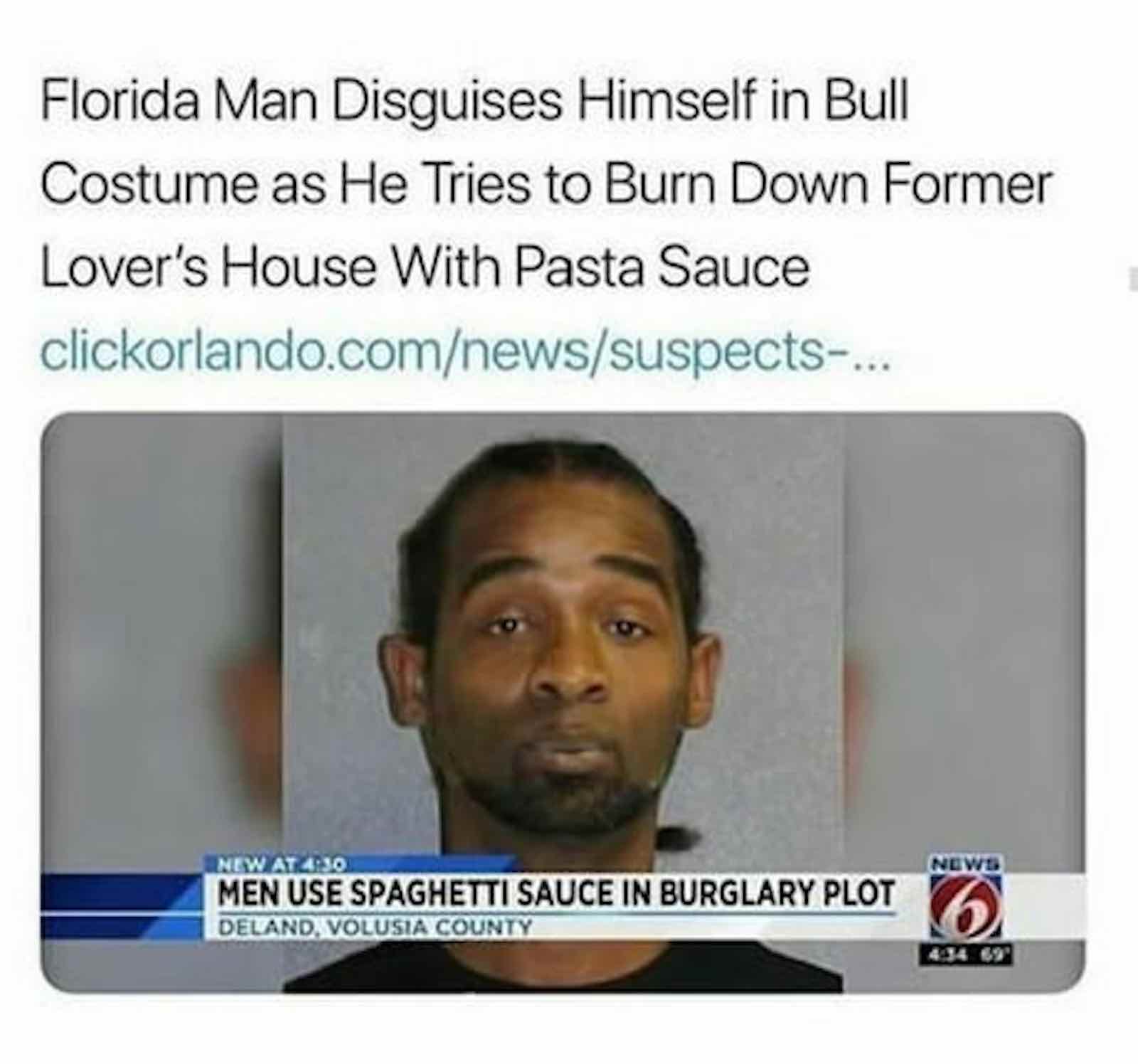 7. Florida man disguises himself in bull costume as he tries to burn down his former lover’s house with pasta sauce

That is the face of a man who knew exactly what he was doing and has zero regrets about it. You do you, Florida man, you do you. 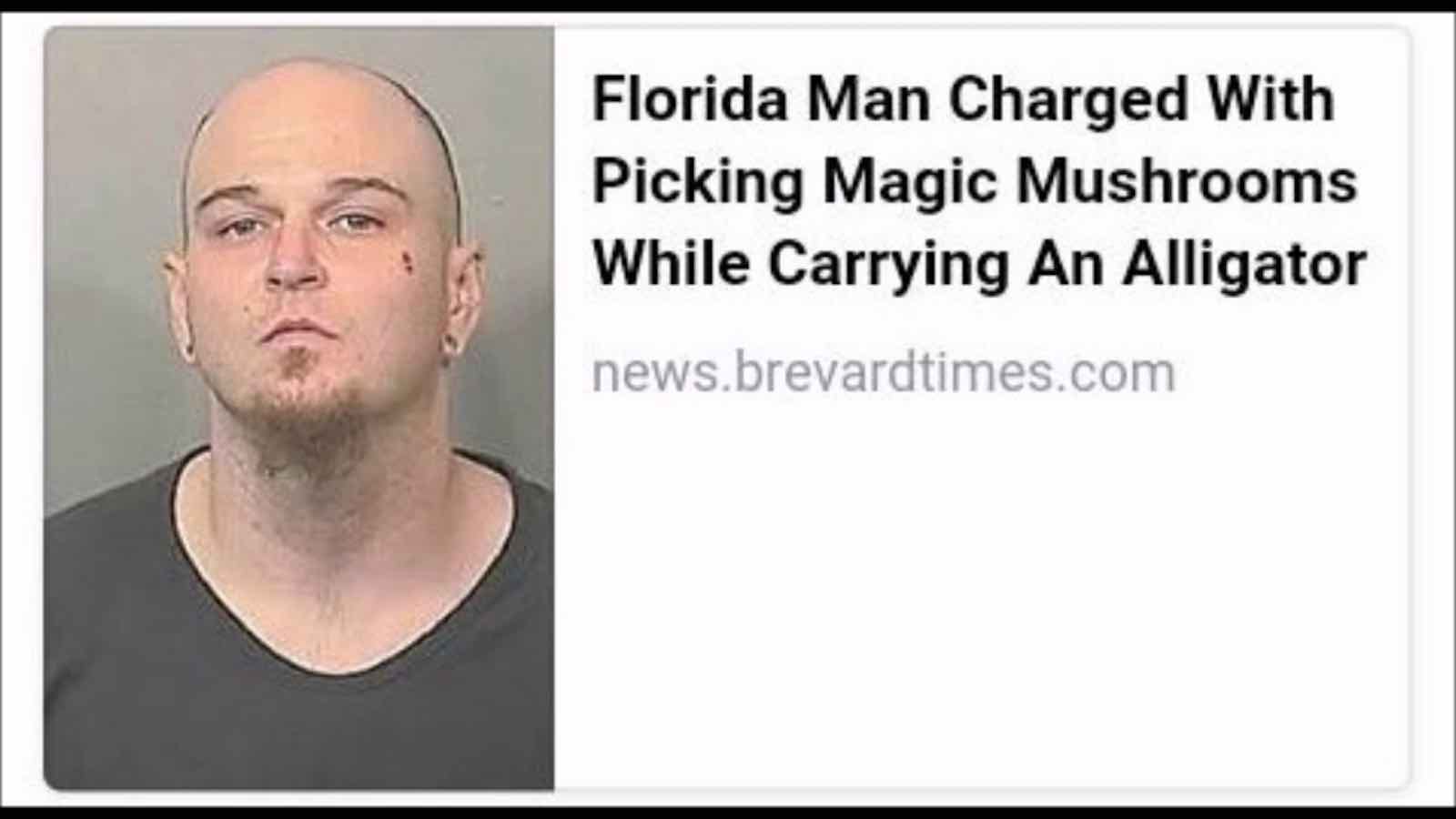 The only way this Florida Man meme could be any more Florida as if the guy was on meth and/or bath salts at some point during this story.