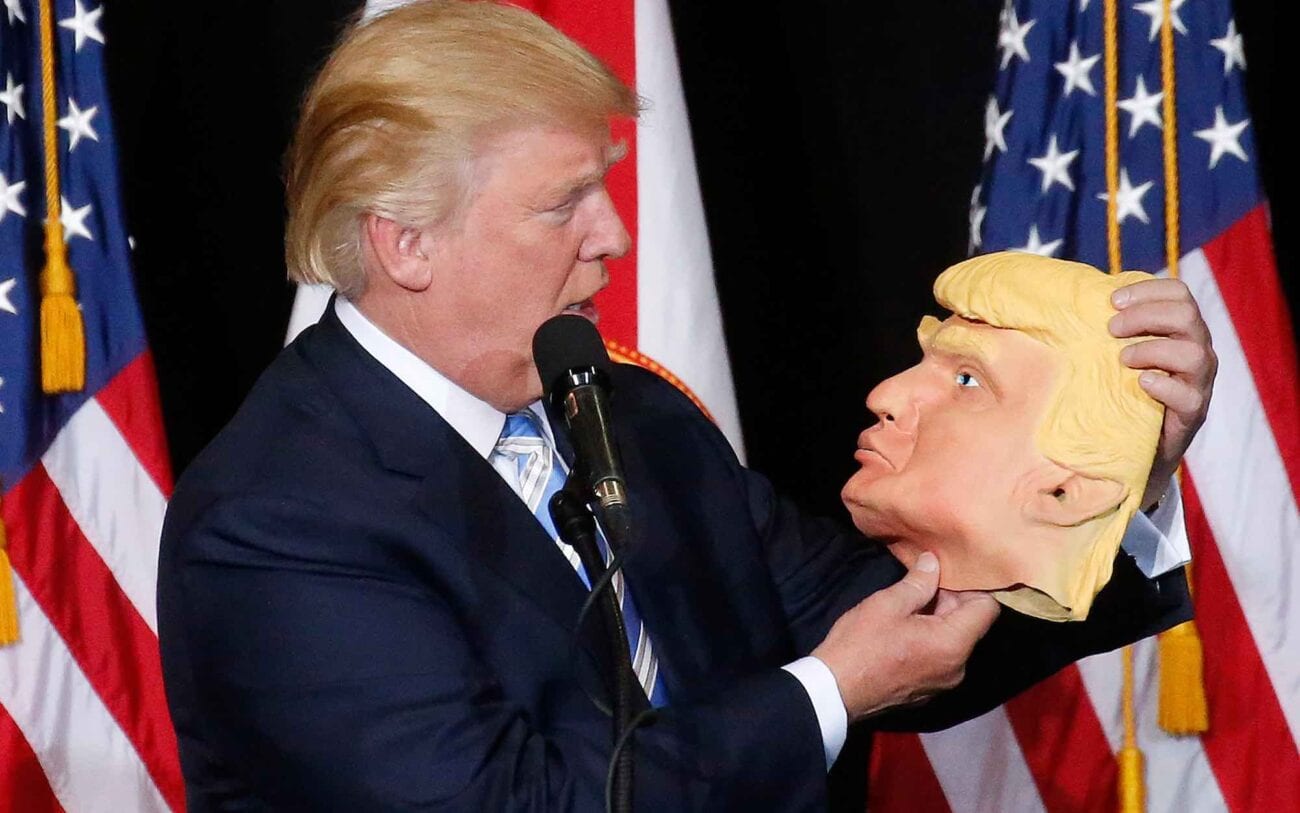 Bye, Don! Laugh at the dankest Donald Trump memes on the Internet

This meme shows a picture of Kamala Harris & Joe Biden looking into a car. The photo was made into a meme with a caption depicting the car as Trump’s moving truck as he leaves the White House.

Donald Trump at a pageant

A lot of Donald Trump memes are photoshopped images. This meme is no different. This one shows a pageant crown being given to Biden and Trump has a smug look on his face.

Friends memes are common no matter what the topic, and clips from the show have been used as Trump memes quite often. This one shows a couch being moved and there’s an attempt to get it through a door.

trump trying to get back into the White House when they kick him out #Election2020 pic.twitter.com/uUygmKTEAe

A few months ago, a video went viral on social media showing someone banging on a bus door while making ghostly noises. The video has since become the subject of many memes, including Donald Trump memes. This Twitter user posted the video and captioned it “trump trying to get back into the White House when they kick him out”.

live footage of kamala on the white house lawn rubbing it in trump’s face pic.twitter.com/HZJX2jrlgt

Many Donald Trump memes posted after the election include Kamala Harris. This meme jokes about how Harris could be on the White House lawn looking at Trump from a distance.

White House staff member who has to tell trump its time to leave pic.twitter.com/tqBSNCaarM

Comedian Alistair Green posted this video to Twitter. It’s a minute-long joke where Green pretends to be a White House staff member trying to get Trump to leave the building after his term ends.

Jill Biden when she asks Melania to hand over the keys to the White House. pic.twitter.com/K8AASnYI3K

Hand over the keys

Some celebrities recently took their turns with creating Donald Trump memes. Singer Marina posted a video of herself pretending to be Jill Biden getting the White House keys from Melania.

Donald Trump after the election

After the election in November, Trump was pretty silent on social media. This person added incorrect subtitles to a scene from the movie Downfall and depicted Trump as Hitler. Adding funny subtitles to the scene from that movie has become a meme in recent years, and Donald Trump memes have become subject to it, too.

Spongebob memes are always a common meme to share about any topic, including ones about Donald Trump. This meme shows Spongebob trying to blow out a fire, and this Twitter user says it represents how Trump staff must have felt after the election.